From The Middle East To The Sahel And Throughout Africa: How Russia Pushes Western Powers Towards The Exit

Sub-Saharan Africa, the Sahel, the Middle East, Afghanistan. Like an octopus, Russia has extended its tentacles to every crisis riddled corner, filling the void created by the withdrawal of Western forces. Occasionally partnering with Turkey to better share the imperial burden, Vladimir Putin has once again inserted Moscow as a major player on the international scene. To what extent can it take the place of democratic powers? 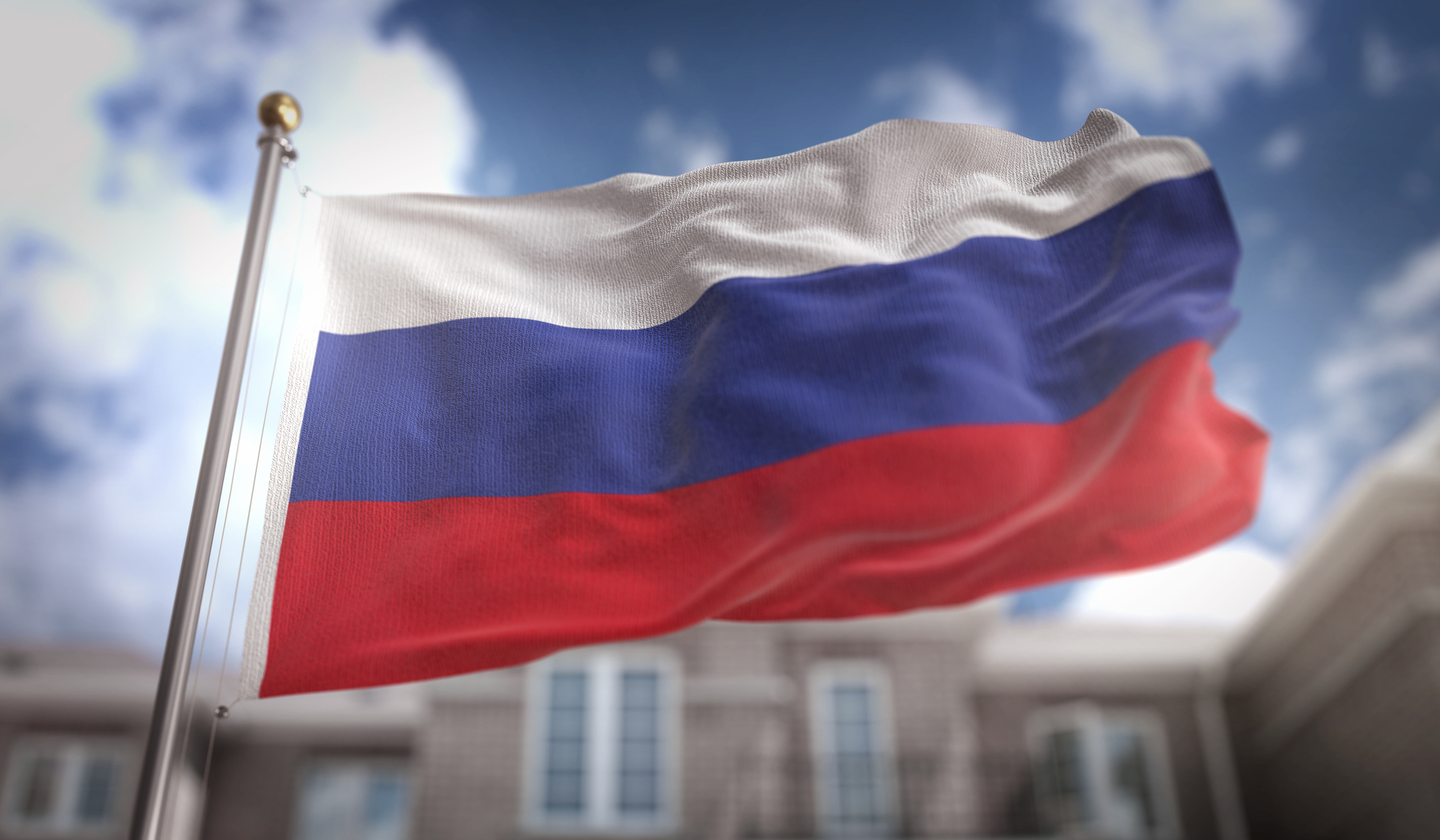 From The Middle East To The Sahel And Throughout Africa: How Russia Pushes Western Powers Towards The Exit 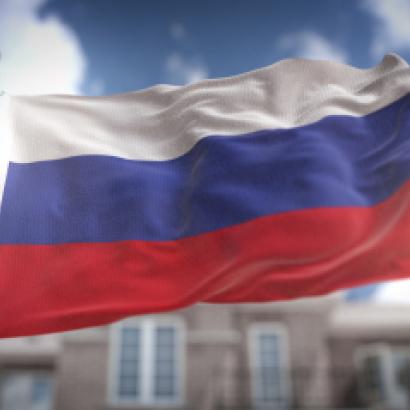 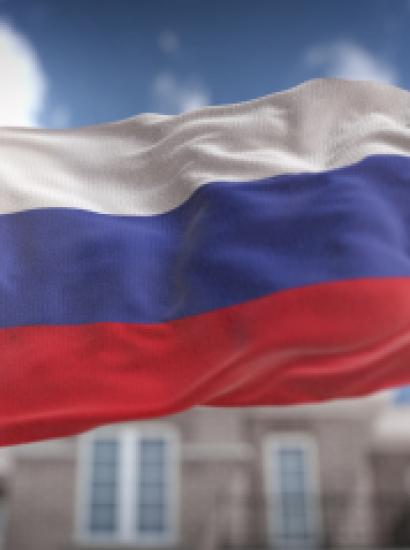 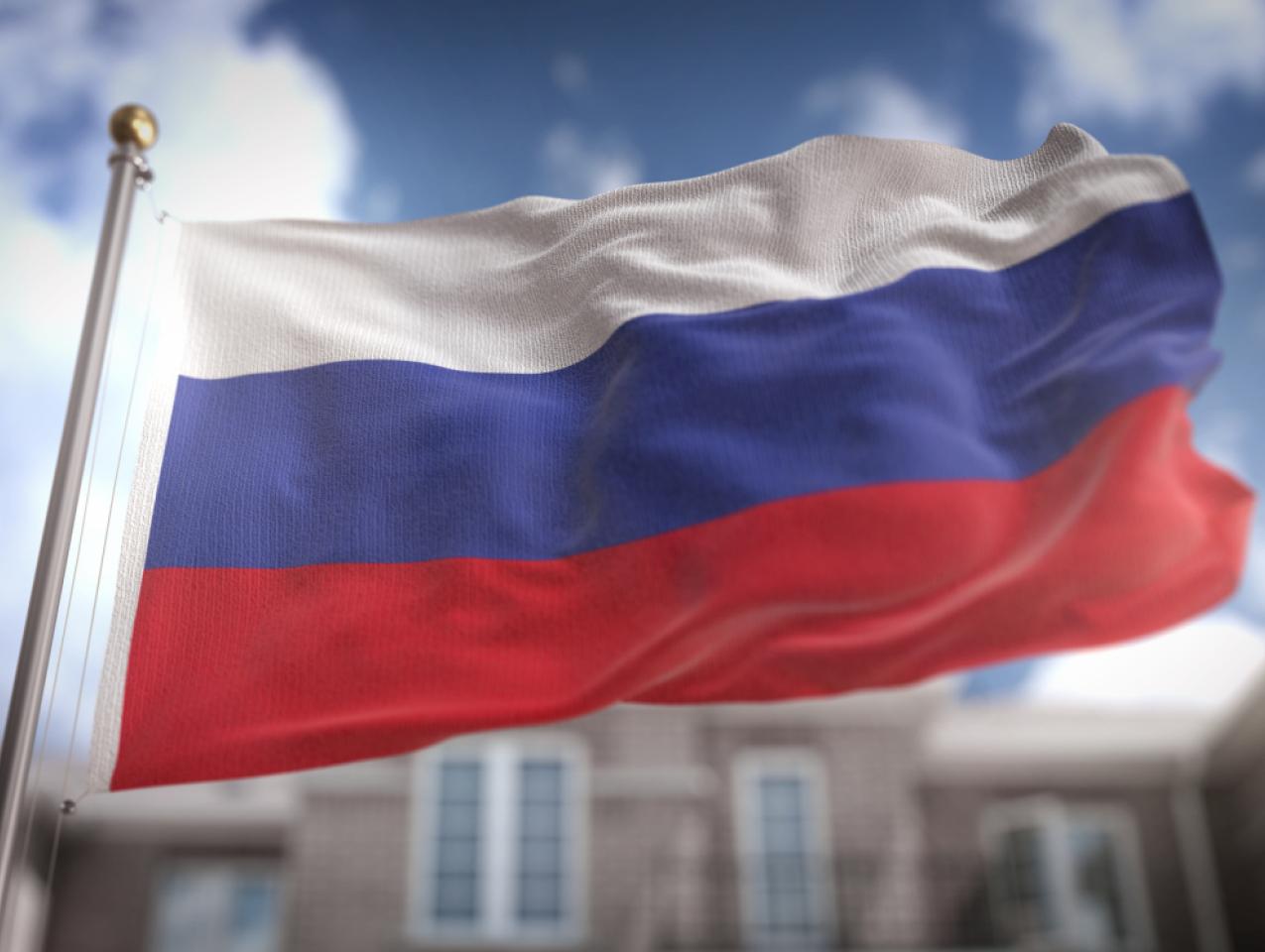 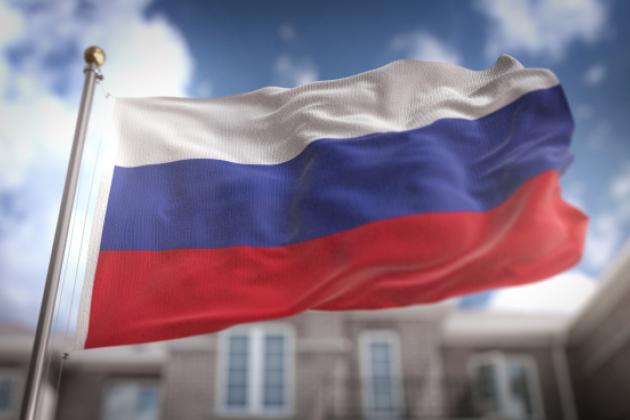 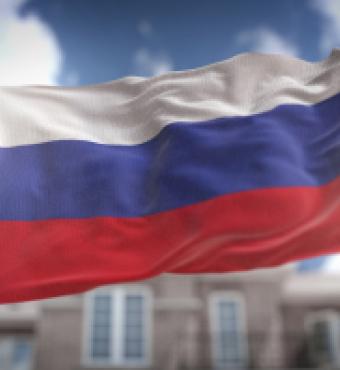 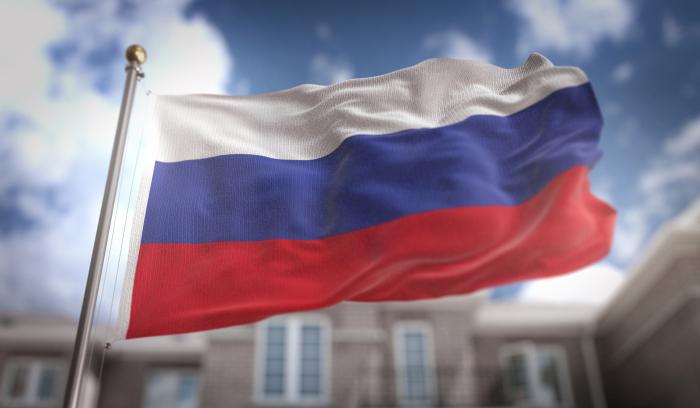 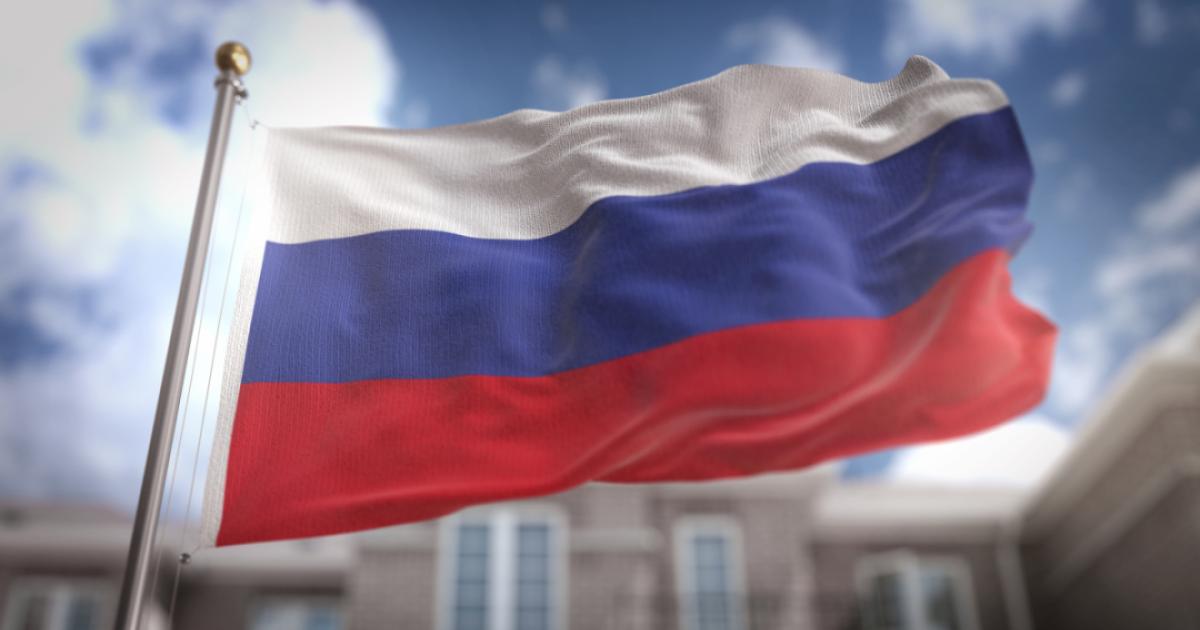 Sub-Saharan Africa, the Sahel, the Middle East, Afghanistan. Like an octopus, Russia has extended its tentacles to every crisis riddled corner, filling the void created by the withdrawal of Western forces. Occasionally partnering with Turkey to better share the imperial burden, Vladimir Putin has once again inserted Moscow as a major player on the international scene. To what extent can it take the place of democratic powers?

Already in question is whether Russia is about to push France – and with it the Europeans – away from the Sahel. It’s partly the case already in Libya, where, taking advantage of the French drawdown of the special forces, the mercenaries of the paramilitary company Wagner – close to the Kremlin and the GRU, the Russian military intelligence – have become one of the main forces on the ground, along with the Turks and their Syrian proxies. Back in 2016, Russia established its presence from the sea, sending its aircraft carrier L’Amiral Kouznetsov to make a stopover in Tobruk. Supporting Marshall Haftar, the strongman in East libya, Russia has now taken hold of the Sirt Air Force base, south-east of Tripoli, and that of Al-Jufra, in Central Libya. Ignoring UN resolutions, Putin’s Russia, like Erdogan’s Turkey, maintains a military presence there, eyeing the country’s oil and gas resources.

Libya, however, is not the only place where Russia’s footprint in the region can be found. In neighboring Chad, rebels from the Front for Concord and Change (FACT) are also supported by Wagner’s mercenaries in their fight against the national army.

Will the French military drawdown in Mali, once Operation Barkhane ends, create another vacuum filled by those Russian paramilitary units that, for years now, have been extending their influence all over the African continent? In 2019, Bamako signed a defence agreement with Russia that has opened the door to Wagner’s mercenaries. In August 2020, after the coup, the Russian ambassador was the first foreign diplomat to be received by the junta. As the resentment towards France grows after its eight years of military presence failed to restore security, Russian flags are ever more common in the country. Moreover, several participants of the military coup were trained in Russia or the former USSR. The head of the new junta himself, Colonel Assimi Goïta, is close to Moscow.

To project its power in Africa, the Kremlin leans on Libya but also the Central African Republic (CAR), where Russia has literally overwhelmed France as the dominant foreign power. In a few years, the country has become Russia’s bridgehead in Africa. “In CAR, the Russians have built a model for their presence in Africa. They’ve shown that they’re able to take charge of a failed government and allow it to manage security issues without having to bother about human rights and western values. For the regime in Central Africa, this is the perfect deal”, explains a French diplomat. In just a few years, Russia has driven out the former colonial power by training the army and the presidential guard and by providing security for gold and silver mines in exchange for a portion of their profit.

Since then, Wagner’s mercenaries have established themselves in most African countries. In Sudan, Angola, Guinea, Mozambique, South Africa, Congo… Eager to regain the influence the former USSR had in Africa, Russia has signed partnerships with twenty or so countries across the continent. Russian paramilitary, sometimes hiding behind front companies linked to Wagner, provide training for local armies, protection for high level officials, security for gold, silver or uranium mines, and even carry out combat missions. In exchange, they get contracts allowing them to exploit natural resources.

Intent on filling the void left by the West, Russia often proceeds in tandem with Recep Tayyip Erdogan’s Turkey. Such is the case in Libya, where Ankara applies methods similar to Moscow’s : bringing in Syrian mercenaries and installing the Sadat company, an oriental version of Wagner’s, suspected of having links with the Islamic State in Greater Sahara (IS-GS). In 2017, the two countries also worked together to create “de-escalation zones” in Syria. They then set up the Astana Group to supersede the UN negotiation process in Geneva. Through foreign mercenaries, Turkey and Russia have raised the intensity level of these conflicts, forcing out Westerners – be they military, experts, journalists or diplomats. So far, the relationship has weathered a number of strategic issues where the two sides hold opposing positions.  Designed above all to expel the West from the Mediterranean and the former areas of influence of the Ottoman and Soviet empires, it has grown with time to become a strategic alliance.

America’s withdrawal from Afghanistan has shuffled the deck there as well. The Turks – who wanted to control Kabul Airport – have been overrun by the Taliban, and Russian influence advances parallel to China’s. After the humiliating defeat of 1979, there’s no will in the Kremlin to send back its military into the graveyard of empires”. But Russia, fearing a destabilized Central Asia that it still sees as its backyard, has strengthened its diplomatic and military presence in neighboring countries. It could also play a political card with Kabul’s new masters, who were welcomed in Moscow last July. Will it go so far as to recognize the Taliban regime? It’s too early to tell.

In entrusting its operations to Wagner’s mercenaries, Russia maneuvers incognito, below the radar of the international community and, crucially, at low cost. Over the span of a few years, the Wagner company has become the Swiss army knife of foreign intervention. It provides African and Middle Eastern governments, according to their needs, a catalog with multiple options, offering adjustable and tailor-made interventions: technical support, weapons, special forces, military training, political backup, economic aid, mercenaries. This new type of warfare gives Russia an edge over the West, which remains constrained by regular armies and international law.

All this, however, has not brought peace to either Libya or Syria. Throughout Africa, Russia’s progress is hindered by China’s influence. Experts are skeptical that Russia will be able to change the Sahel into another Central African Republic. To stabilize this immense area requires more than mercenaries can deliver. Without changing the scale of its intervention, Russia will have a hard time holding this region together. “Three factors are needed for Wagner to repeat what it achieved in the CAR: a politically exhausted government, crumbling traditional alliances and the possibility to pay itself back on the spot. The last element doesn’t exist in Mali, for instance”, notes a French diplomatic source. But the Russian tactic of using “the little green men”(Wagner mercenaries among them), which started in Ukraine and continued in CAR and other African countries, could well be redirected toward easier targets like Cameroon and Gabon.

The long anticipated American withdrawal from Afghanistan, like the drawdown of French operations in the Sahel decided by Emmanuel Macron, will probably close an era of Western foreign interventions. The challenge now is to keep some form of influence in those areas where Russia is invested. The loss of America’s intelligence capabilities in Afghanistan will only make that harder.

Isabelle Lasserre is the diplomatic correspondant of Le Figaro. She has also been defence correspondent, correspondent in Moscow and war reporter. She has published several books, among them, “Our Secret War in Mali”.