The First Amendment does not protect disruptive student protesters. 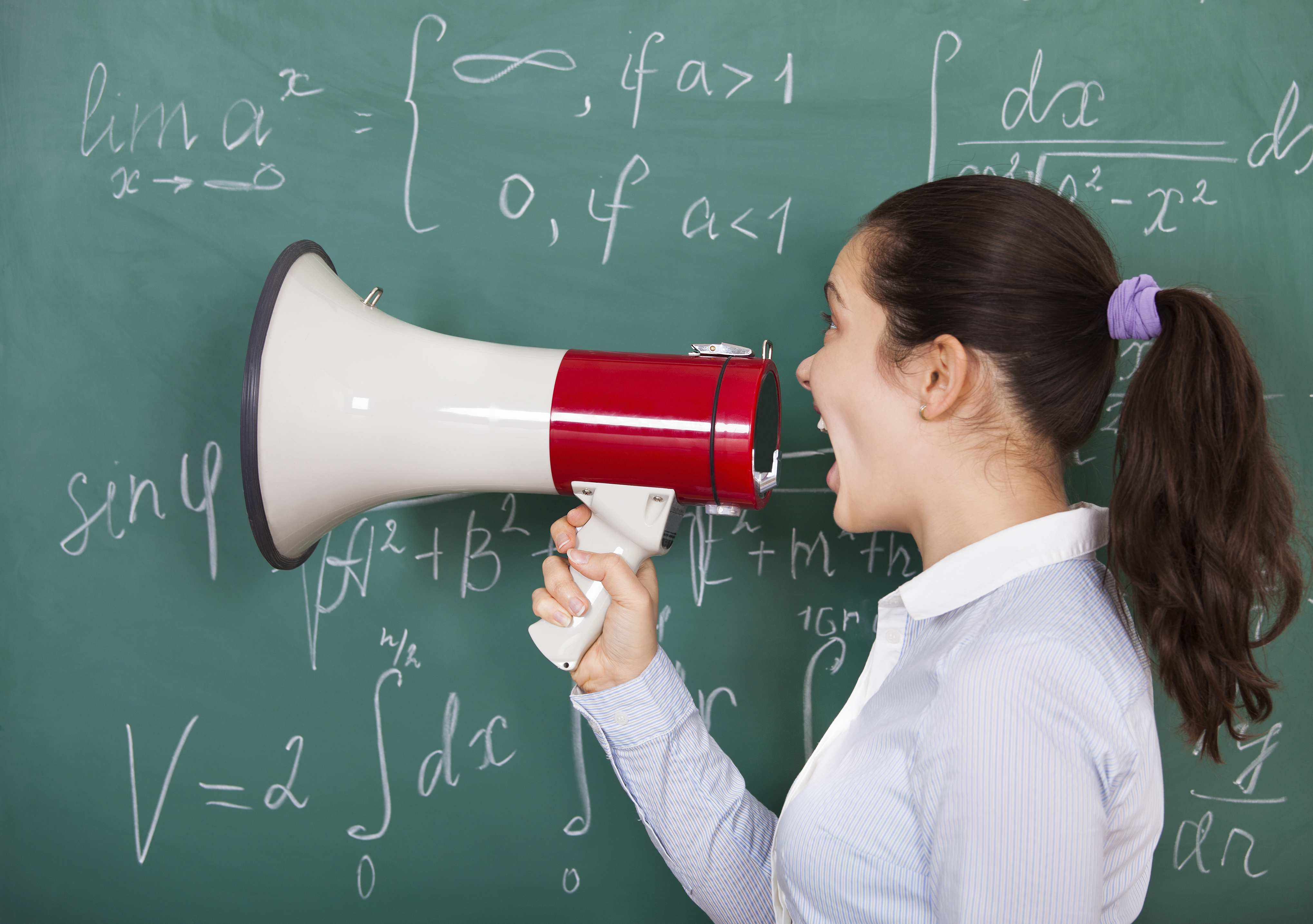 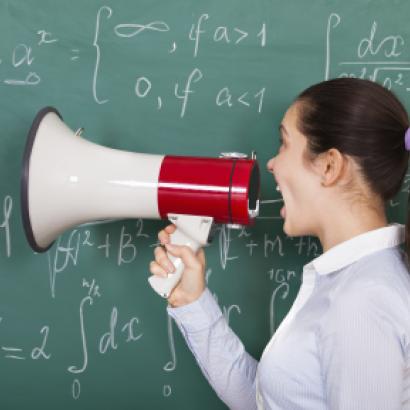 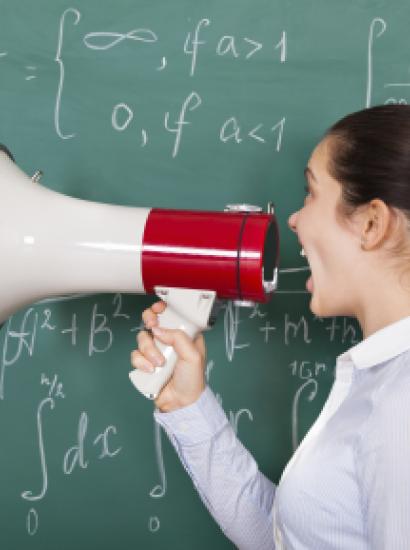 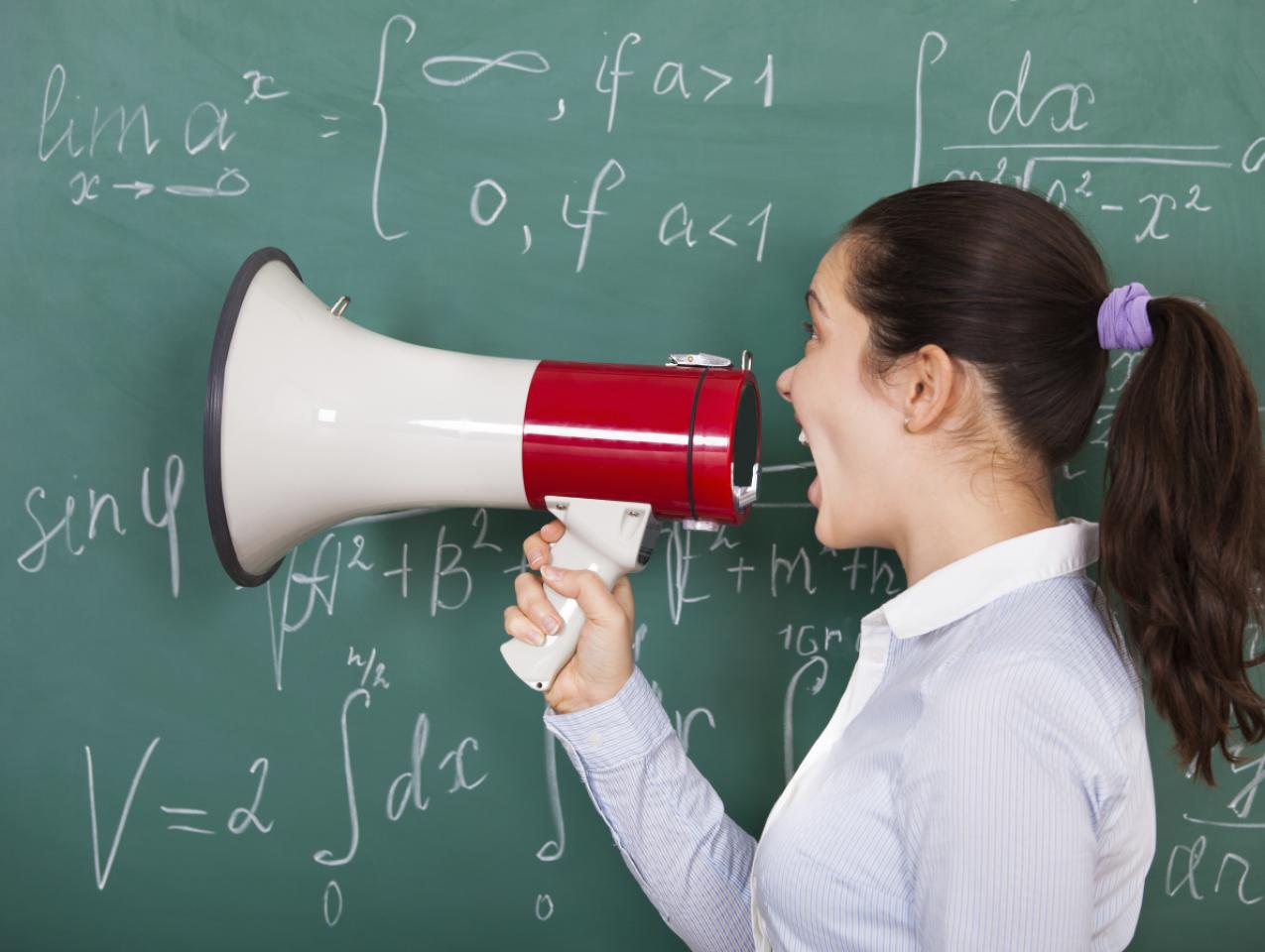 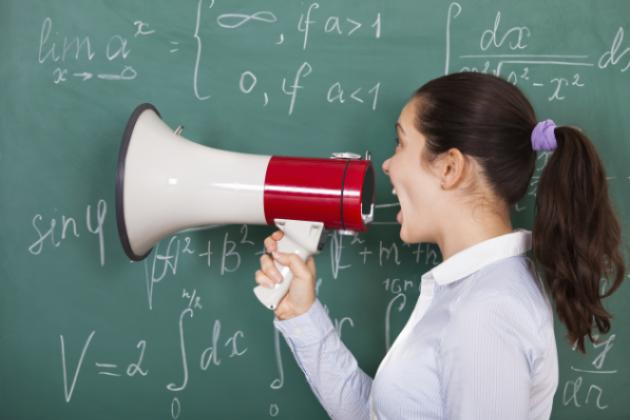 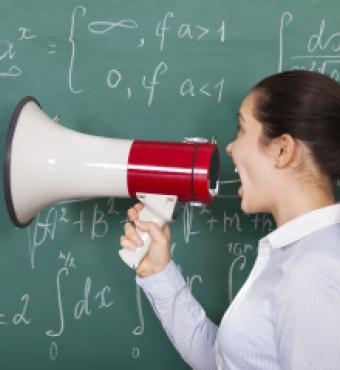 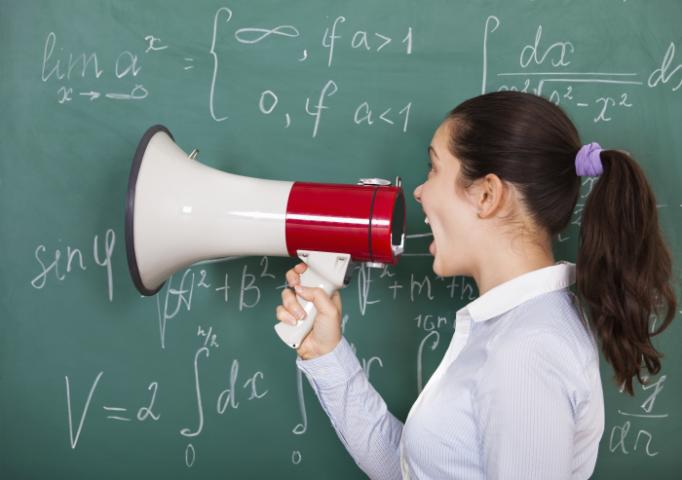 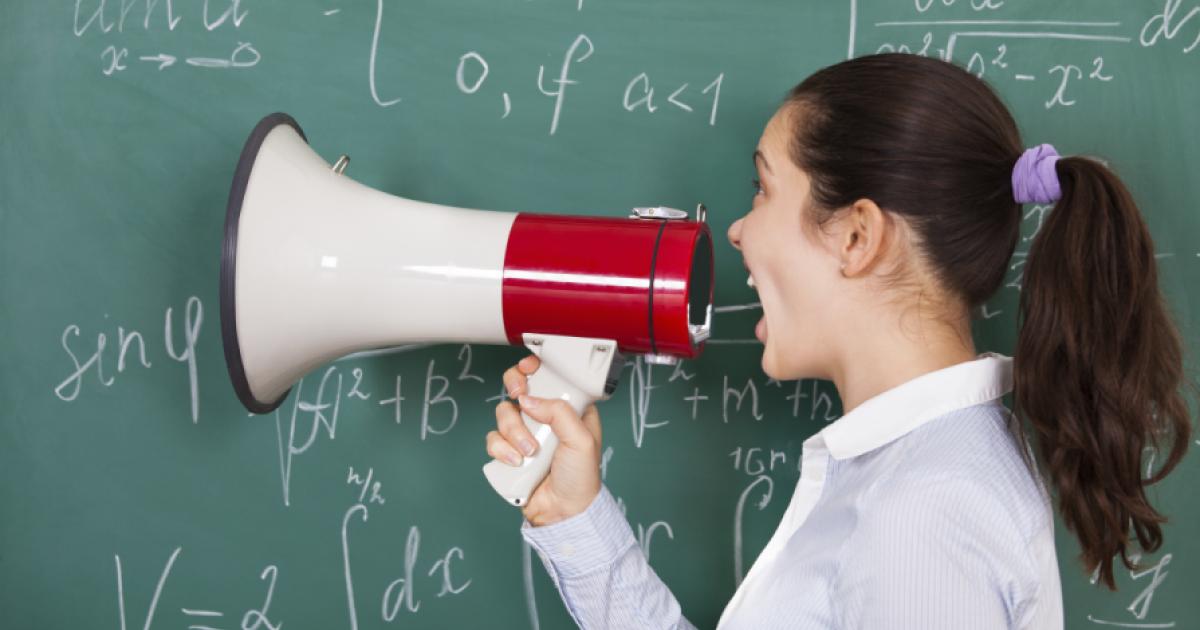 In today’s political climate, there are sharp divisions of opinion over a range of issues, from health care and climate change to education and labor law. Ideally, a civil debate undertaken with mutual respect could ease tension and advance knowledge. Politics, however, often takes a very different turn.

One of the landmark decisions of the United States Supreme Court, New York Times v. Sullivan, was decided in 1964 at the height of civil rights movement. Writing for the majority, Justice William Brennan insisted that the First Amendment’s guarantee of freedom of speech rested on “a profound national commitment to the principle that debate on public issues should be uninhibited, robust, and wide-open, and that it may well include vehement, caustic, and sometimes unpleasantly sharp attacks on government and public officials.” He then concluded that the First Amendment offered extensive protection to the media from defamation suits brought by private individuals—a principle that was later extended to apply to public figures as well.  Defamation suits in his view could chill public debate.

There is an obvious tension between the efforts to secure deliberative democracy and those to provide extensive constitutional protection of caustic speech. That tension came to a head in two recent free speech incidents on university campuses. At Berkeley recently, an organized group of armed protesters overwhelmed local police officers and turned what was a peaceful protest by many Berkeley students against the provocateur Milo Yiannopoulos into a violent attack against persons and property. The protestors shut down Yiannopoulos’s lecture and have so far escaped any police or university punishment for their misdeeds. A similar incident happened just over a month later at Middlebury College, where student protestors violently silenced the thoughtful conservative social scientist Charles Murray, who had been invited to speak before a Republican student group.

Of course, the scope of the constitutional protection for “freedom of speech” can be debated. But in these two cases, it’s pretty clear that the First Amendment does not protect these disruptive protesters. To be sure, there is one critical difference between the two cases. One took place outside the forum. The other took place within it. The Berkeley student protestors on the street did not disrupt Yiannopoulos’ lectures when they waved posters and sang chants in opposition to his beliefs. But the moment the songs and signs turned to threats and violence, any claim for constitutional protection of their speech necessarily vanished. Whenever speech inspires violence, it should be shut down. The law is clear on that point. Abstract advocacy is allowed, because there is ample opportunity to intervene before incendiary words lead to incendiary actions.

Speaking more generally, the term “freedom of speech” is not some constitutional absolute, for it is subject to the same limitations that are imposed on all other forms of human behavior. People have freedom of location, but they cannot engage in criminal trespasses. People have a freedom of contract, but not to enter contracts to disrupt by force the activities of other individuals. People have freedom of religion, but they cannot kill or steal in service of their faith All forms of freedoms, verbal and nonverbal, carry with them correlative duties to respect the rights of others.

Yiannopoulos did not violate the legal rights of others when he spoke to people who chose to listen to him. But the outside mob surely did. If the use of force is illegal, then the threat to use that force, whether by words or actions, is illegal as well, and indeed just as insidious because it allows the protesters to gain their unlawful objective without having to risk their own lives and property. Criminal trespass and violence to person and property are not protected solely because the protesters wish to express their intense dislike of the speaker’s views.

The situation at Middlebury was different, insofar as organized throngs of students shouted out in unison a prepared statement that made it impossible for Murray (who conducted himself with patient dignity) to speak. Here, the shouts and protests that might be permissible outside the hall cannot be allowed inside, where the rules of engagement are quite different. Whenever a private institution like a university offers someone a forum to speak, it is entitled to impose rules of engagement on all participants to that discussion—as Middlebury’s rules did. The whole point of those rules is to protect the speaker from any “vehement, caustic, and sometimes unpleasantly sharp attacks,” so that he may get his message across. The constitutional norms for public protest can be altered and supplemented by other institutional rules that are intended to promote civil discourse among those who disagree.

Thus, the moment the students started clapping and shouting, they were in violation of the same norms that protect their own speech there, warranting their removal by public force. Their offense may even be prosecutable under the criminal law. In this situation, it is unclear whether Middlebury, which imposed the rules, will discipline the students internally, or let the entire matter slide. Right now, Middlebury’s president has vowed accountability for those involved, but only after a long investigation with the police. But once some protestors resorted to force and violence as Murray and his local host, Middlebury political science professor Allison Stanger, sought to leave, the criminal law kicked in. Violence on private property is as much a danger to the fabric of social order as it is everywhere else, and it is the first business of any government, no matter how limited its functions, to protect its citizens, and others within its territory, from it.

It is a somewhat different question of whether a private university has to open itself up to all forms of speech in the first place. If it is treated as a matter of positive law, it is clear that a university can refuse to allow anyone it chooses on its campus: the right to exclude is an essential feature of property rights. The First Amendment prohibition does not allow one person to commandeer the property of another for his own purposes. But in terms of their roles in society, there is a critical difference between a university and a private business: Universities have as their central mission the discovery and promotion of knowledge across all different areas of human life.

As Justice Holmes said in his 1919 dissent in Abrams v. United States, “The best test of truth is the power of the thought to get itself accepted in the competition of the market.” He penned those words in defense of a raucous public protest against World War I. Applied to the university context, that same principle counsels against creating a privileged sanctuary for some points of view to the exclusion of another. The discovery of truth is an ongoing process that often leads to the modification and rejection of the basic tenets of another age. It is in this spirit that the guidelines announced and defended by the University of Chicago represent the sensible private response to the free speech question that goes far beyond the scope of the law. The principle of competition means that no point of view is privileged over anyone else’s, especially on the hot-button issues of our times. The university rightly casts itself into the position of a common carrier that takes all customers so long as they obey the standard rules against disruptive behavior.

There are several additional points. The first is that one should be wary of “trigger warnings” given to any students about matters that might offend them. On a university, no position is out of bounds—which is the only trigger warning a student should receive upon arriving on campus. In dealing with the issue of emotional distress, Professor and Judge Calvert Magruder said a long time ago that the best remedy is a certain toughening of the mental hide. The modern law dealing with intentional infliction of emotional distress speaks of extreme and outrageous conduct. Microaggressions do not meet that standard. And one side’s microagressions can justify the kind of senseless violence that occurred at Berkeley and Middlebury, while much more abusive language against conservative students and teachers passes by without so much as a shrug of the shoulders.

A related key principle is that no level of personal offense gives rise to any claim to silence speech, however abhorrent that speech may be. Otherwise, the most vocally aggrieved individuals will get additional benefits over those who take more moderate positions. A culture of microaggressions creates an incentive for people to magnify their grievances, which in turn increases social polarization.

At this point, the question is whether the same principles should apply to Berkeley, a public institution, as to Middlebury, a private one. One huge advantage of private universities is that they can consider a wide range of options that might work to facilitate internal debate and independent inquiry. It is, however, unclear whether a public university has the same degree of freedom, given that the First Amendment normally binds state institutions. But a university is not a police force. It seeks to regulate its internal affairs, not those of ordinary citizens, and necessarily needs some discretion in deciding what forms of speech are permissible within the institution.

Yet it is worrisome, at the same time, to think that any university, especially any public university, could deny the routine privileges of membership—the use of rooms and bulletin boards, for example—to those students who fail to toe some collective line on race and religious issues. That issue arose when the Supreme Court held in 2010 that Hastings Law School could deny certain privileges to the Christian Legal Society so long as it was not prepared to open its membership to all comers. And it is surely the case that any effort to apply First Amendment norms to hiring and promotion decisions would be utterly disastrous, given that what is needed is a judgment on the merits of a candidate and his or her body of work. It is here, of course, that we have great dangers, given that many universities have a stunning uniformity of views—which, as I wrote in connection with Yale University, makes it ever harder for more conservative academics to gain positions in these institutions, at great cost to their own institutional diversity. One good consequence of the Middlebury situation was that an impressive number of its faculty members signed a letter in support of the proposition that “learning is possible only where free, reasoned and civil speech is respected.”

It’s tragic that this statement was necessary at all. Let’s hope that there will be no repetition of these violent incidents, and further, that universities and colleges come to understand that intellectual diversity within their own ranks offers the greatest protection for this vital principle of free speech.