The political emergence of Eurasia has major implications for U.S. foreign policy. 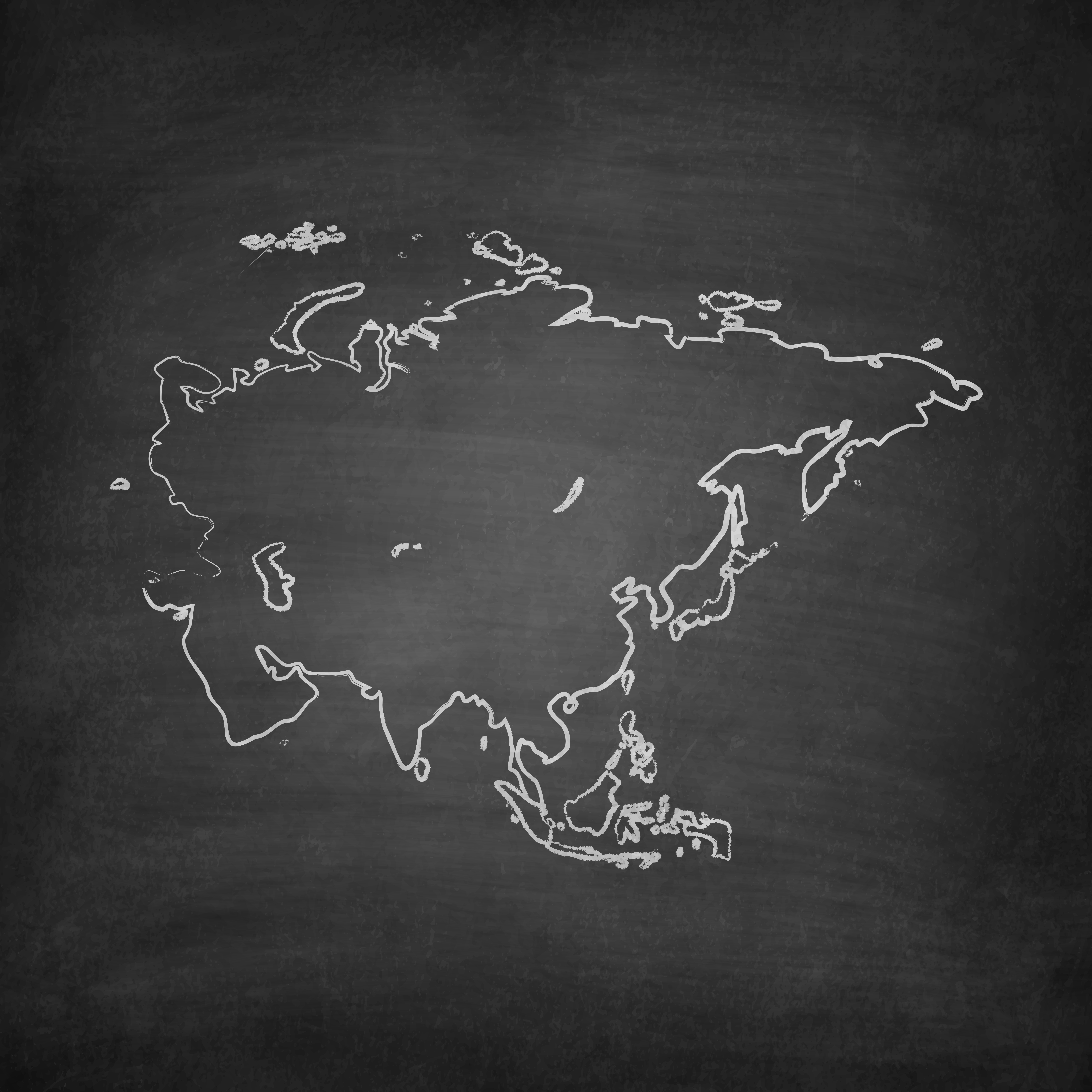 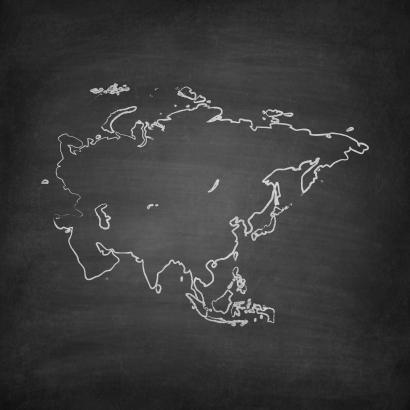 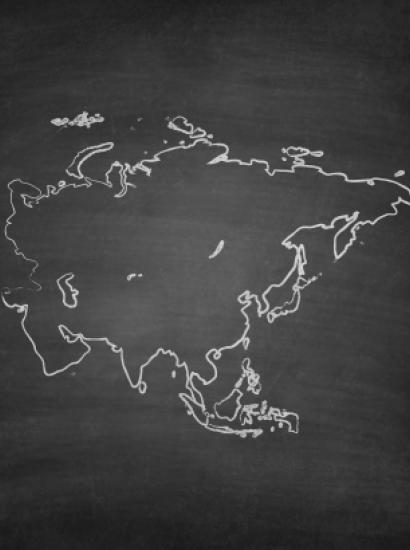 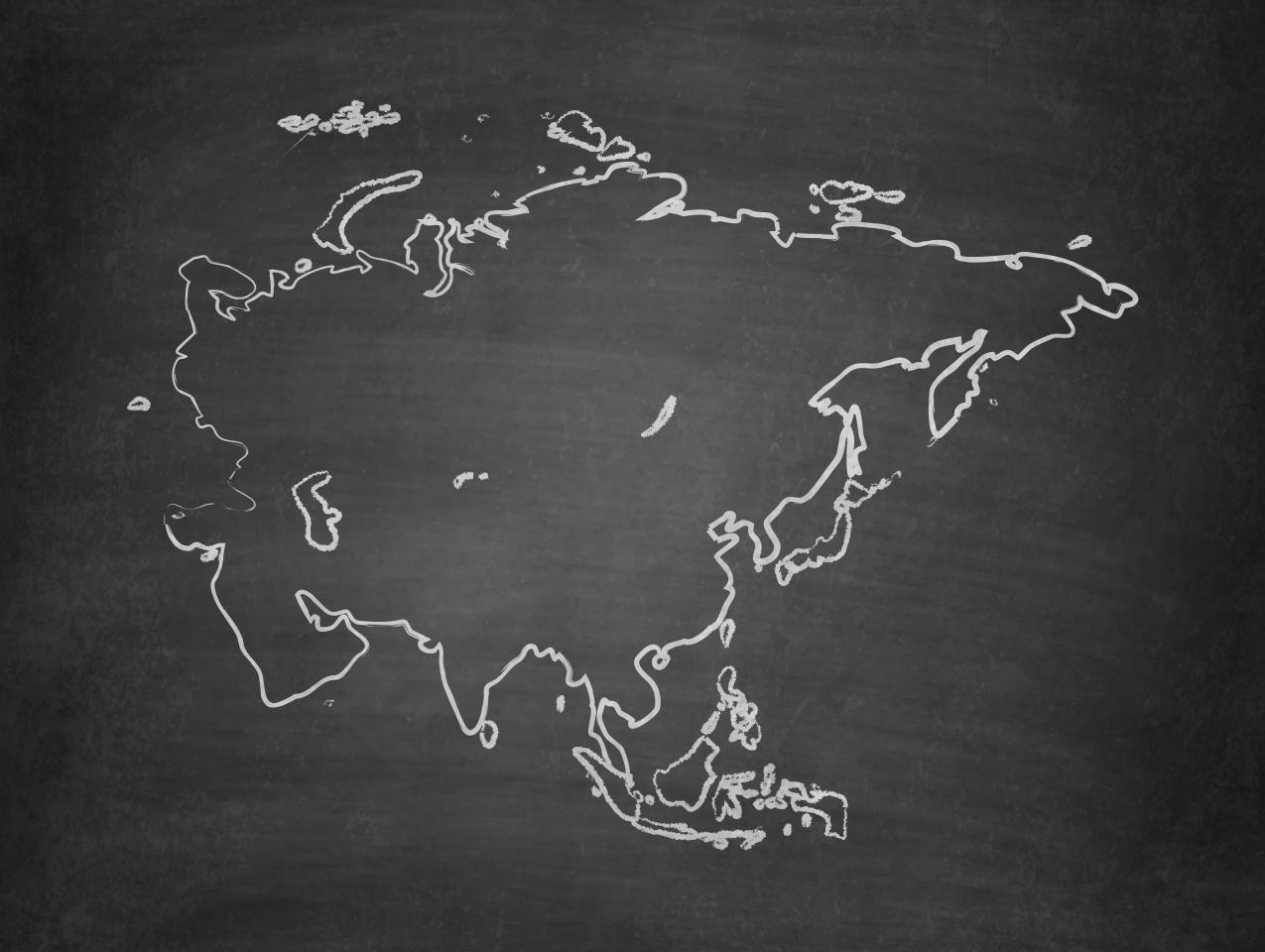 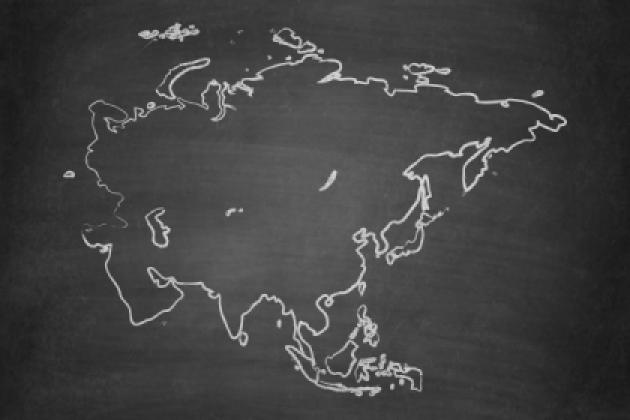 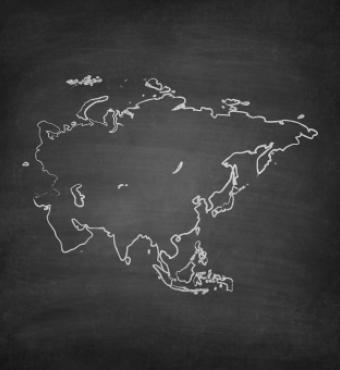 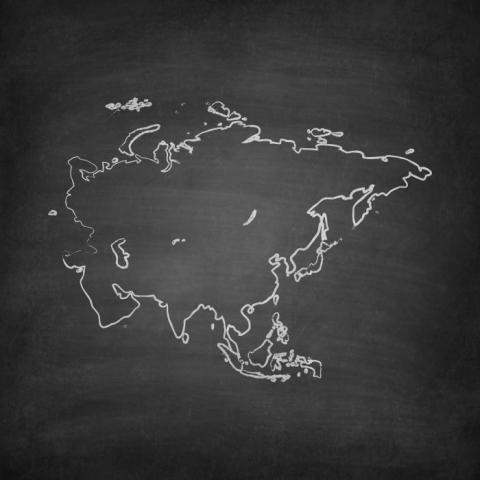 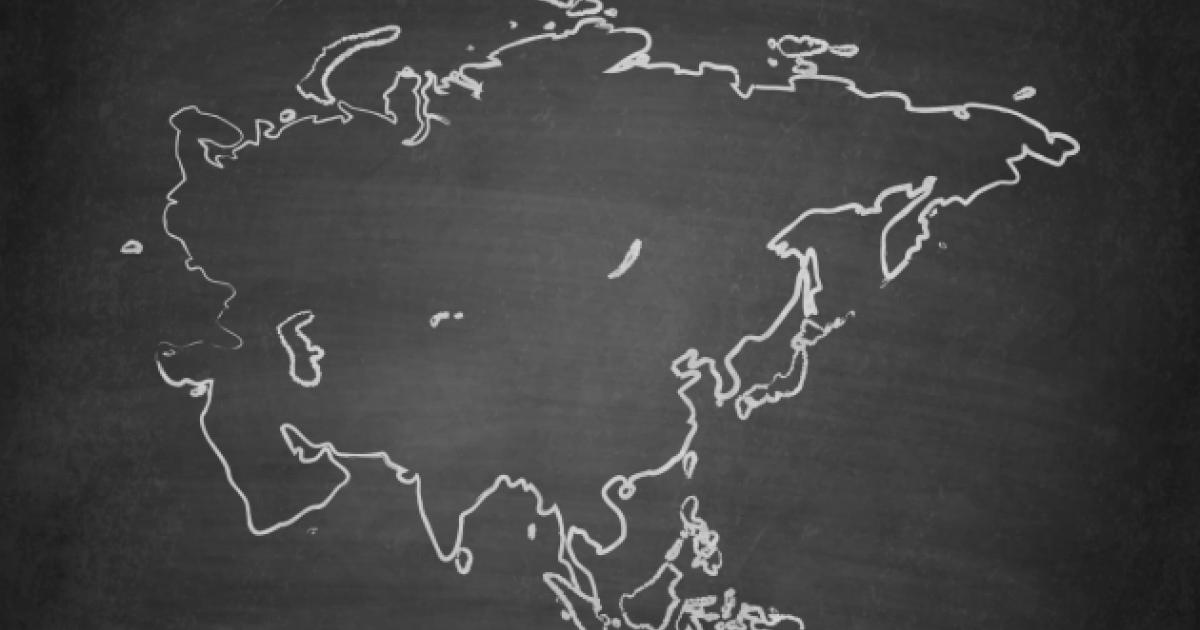 In The Magic Mountain, Thomas Mann’s masterful novel about Europe on the eve of World War I, Hans Castorp—a young German engineer and the sometimes hapless hero—is depicted as torn between two mentors. One, from Italy, pulls him toward the West and the principles of humanism, progress and liberty, while the other, from Central Europe, pulls him toward the East, the site of tradition, irrationality, and reaction. From our 21st-century perspective, that the proponent of the West hails from Italy while his eastern adversary only from Central Europe seems geographically narrow, hardly reflecting the globalized space to which we have become accustomed. Nonetheless, the tug of war between enlightenment and romanticism, progress and tradition, West and East, is remarkably familiar.

Mann’s exploration of this gray zone between East and West, and their overlap, comes to mind while reading Bruno Maçães’s fascinating new book, The Dawn of Eurasia: On the Trail of the New World Order. Maçães served as the Portuguese Europe Minister from 2013 to 2015, and this volume reflects his deep thinking about the profound reorganization of space and power on a global scale that is underway. At stake is neither the end-of-history illusion, according to which liberal democracy and free trade were to become universally embraced, nor the clash-of-civilizations prediction, although certain elements of both pervade his thinking. In any case, his “new world order” is certainly not the one that President George H.W. Bush famously announced in his 1991 address to Congress, an order “where diverse nations are drawn together in common cause to achieve the universal aspirations of mankind—peace and security, freedom, and the rule of law” in the context, of course, of American supremacy.

Instead, Maçães presents something quite different, reminiscent of Hans Castorp’s quandary and indicated by the ambiguity of the key term in the book’s title “Eurasia.” Maçães’s argument is about nothing less than the emerging unified space across the land mass of Europe and Asia, and the complexity of the dynamics within it. His book is enriched by reports of his travels across Eurasia. He is a keen observer of cultural detail and he presents vivid accounts of different locations he has visited, from Azerbaijan to Heixazi Island on the easternmost border of Russia and China, to illustrate his overarching claim. But it is the claim itself, the emergence of a unified supercontinent, that deserves special attention because of its important strategic implications.

Maçães reviews the genealogy of the terms, Europe and Asia, and their derivation from European mythological narratives. Europe sought its identity by imagining an Asian alternative. Yet this terminological inquiry only takes us so far. Various geographical efforts to find a neat line of demarcation between two continents never prove conclusive, and one consequence of this spatial fuzziness is the perpetual question as to how to determine an eastern border of the European Union: Is Turkey European? What about Ukraine? There may have been political and economic reasons to try to include these polities within the EU (that moment has surely passed), but the rationale could never have been some crisp geographical demarcation.

If there is a border between Europe and Asia, one might in fact find it precisely in the conflict zones of Turkey and Ukraine—but also surely in Syria, once part of a French influence sphere but now the target of Russian ambitions. To this one could add the current anxieties in and around the Visegrad countries: Poland, the Czech Republic, Slovakia, and Hungary. As much as they are surely European by virtue both of tradition and location, they are displaying greater discomfort with the demands of the European Union, and some of them are therefore turning toward the East. Ascribing a country to a European West rather than to an Asian East is hardly a precise science. The 19th-century Austrian statesman who put an indelible imprint on the map of Europe after the upheavals of the French Revolution famously asserted that Asia begins in the eastern suburbs of Vienna.

Maçães tellingly titles his important first chapter “The Myth of Separation.” The effort to establish a clear division between two continents is doomed to fail to provide a convincing account of the processes that crisscross the landmass. One western self-description has grown particularly untenable: Europe’s habit of flattering itself as the privileged site of progress and dynamism, while denigrating Asia as the backwater of tradition and indolence. That contrast hardly comports with the rapidity of technological advancement in China, Japan, South Korea and India, compared to the proceduralism and resistance to change that has come to characterize the EU. Rather than see Europe (or the West more broadly) as the natural home of modernity, counter-posed to tradition, Maçães makes a case for validating multiple modernities. All countries are modernizing, but the process is not linear, and different states, building on diverse traditions and circumstances, can end up with values and structures quite different from the EU.  Replicating Europe is not the single formula for modernization. It follows, then, that if Europe cannot achieve the flexibility to accommodate other cultural formations, it runs the risk of turning inward, shutting itself off from the world, in the manner of pre-modern China and Japan.

There are three key actors in the potential supercontinent of Eurasia: China, Russia, and the EU.  Aspirations for extensive economic cooperation and even integration are hardly new, and Maçães quotes European Commission President Jean-Claude Juncker’s letter to Russian President Vladimir Putin in which he proposed analyzing “possible options to bring the European Union and the [Russia-led] Eurasian Economic Union closer together” because he had “always found the idea of an integrated trade area linking Lisbon to Vladivostok to be an important and valuable objective.” Of course, that was before the annexation of Crimea, the invasion of Ukraine, and the onset of the sanctions regime.

While that impasse effectively blocks any EU initiative to collaborate with Russia, other plans to integrate the landmass have emerged in both Moscow and Beijing. A specifically Eurasian vision has historical roots in Russian culture, and it has taken on a reinvigorated urgency as the divide from the West has amplified in the wake of the Ukraine crisis. This program is not simply a matter of a revanchist effort to recreate the power sphere of the Soviet Union, although that nostalgia definitely appeals to certain parts of the Russian population and its leadership. More importantly, however, the agenda involves the insistence on the distinctiveness of a Russian identity, culture, and even mission in the world that resists integration into the values of the West, its liberalism, secularism and universalism.

Yet currently the real powerhouse behind Eurasia is not Russia but China—with a population ten times greater and a “Belt and Road” initiative to develop infrastructure and trading relationships from Indonesia to Europe, with China as its de facto center. A particularly salient moment in Maçães account involves a discussion concerning Belt and Road with Chinese interlocutors who claimed that the initiative is solely about cooperation, with no political agenda at all. Maçães’s suspicion of a hidden geopolitical agenda on the part of China, they claimed, merely reflected his “western” thinking, fundamentally different from the Chinese mindset that values harmony above all. Maçães is indeed suspicious of the implications of Belt and Road: “When it comes to the division of labour along the value chains of industrial production, […] national interests of countries in the regions of the Belt and Road may differ, or even contradict each other. In such cases, observers should be under no illusions that China, as the promoter of the initiative, is uniquely placed to pursue its interests.”

Maçães identifies tensions between the Russian and Chinese goals. The nature of potential collaboration between them remains unclear. Russia is unlikely to enjoy the role of junior partner; according to Maçães, an understanding circulates in the corridors of power in Beijing that Russia, with its natural resources and vast, underpopulated space, will become China’s Canada. Meanwhile Europe’s affection for Eurasia, despite the sanctions that currently constrain connections to Russia, is hardly broken; witness the eagerness of the Europeans to stoke commercial relations with Iran and of course with East Asia.

Eurasia will take shape, most likely on Chinese terms. Therefore it is important to think through the strategic consequences for the United States. Maçães underscores two important points. First, a global competition is emerging in which the rules-based order of liberal democracy and free trade, developed following the World War II, is undergoing a significant modification characterized by a more robust pursuit of national interest by major powers. This changing international field demands greater realism and self-assertiveness. Second, globalization has generated new forms of strategic vulnerability by enhancing interdependence in trade as well as in cybernetic networks. A change in the nature of conflict has ensued: supply chains and websites have become battlefields. We need stronger defense in these dimensions, but an offensive strategy as well.

Maçães’s analysis of Eurasia has urgent implications for U.S. strategy. For most of American history, geography has been a blessing, with two oceans providing natural protection. The Monroe Doctrine established a space that has largely been immune to foreign meddling that could threaten American security. This western hemispheric location has also required the United States to thrive as a maritime nation, trading with the world, and benefitting from and protecting the freedom of the seas.

Now, however, it is vital that the western hemisphere not become a trap. It is not in the national interest of the United States to be shut out of a potentially integrated Eurasia, with its major markets and populations. Therefore, American strategy should involve pursuing a balance of power agenda in Eurasia, reminiscent of England’s stance from the 16th to the 20th centuries toward efforts by Spain, France, and Germany to dominate the continent. Such a strategy means identifying cleavages among the major Eurasian actors and treating them as opportunities for American engagement. It also means strengthening ties to those countries on the outside of a potential Chinese-Russian condominium: Japan, South Korea, and India, as well as Saudi Arabia and the other Arab countries. Indeed, this account provides the proper framework within which to formulate U.S. policy toward the Muslim world that stretches across Eurasia. Finally, the increasing competitiveness in the international arena demands a shift in American mindset toward a willingness to give priority to national interest. In particular, the United States has to play an active role in shaping the outcome of the Eurasian project so that the conclusion is not inimical to U.S. concerns.