No Exit: The U.S. Predicament in the Middle East

“L'enfer est pavé de bonnes intentions” (the road to hell is paved with good intentions) goes a French expression. Years of American involvement in the Middle East to fashion a region that is stable, peaceful, more prosperous and more respectful of human rights has proven, so far at least, a failure. As a result, U.S. decision makers, thinkers and certainly the public at large are increasingly expressing their exasperation with that region. 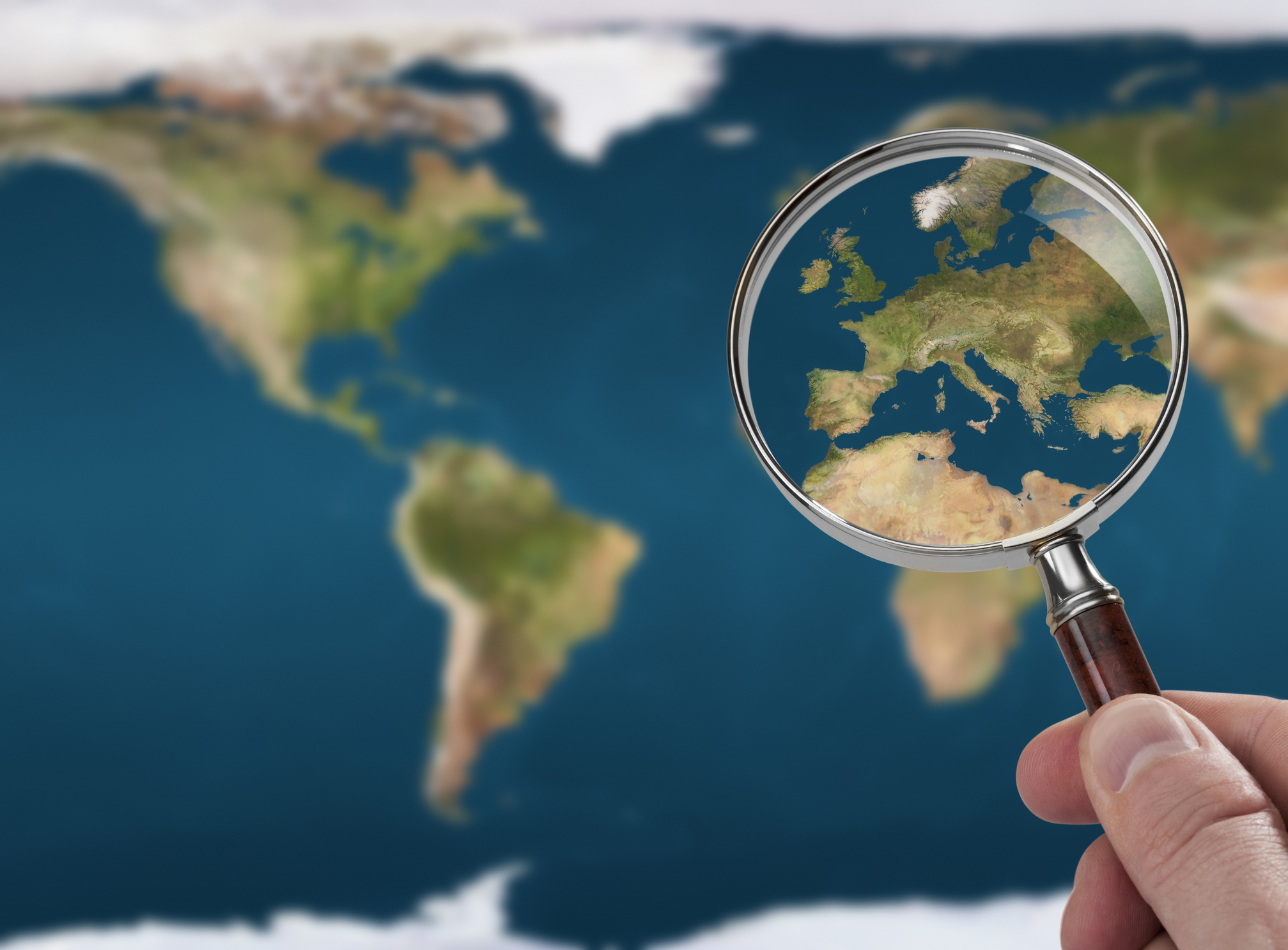 No Exit: The U.S. Predicament in the Middle East 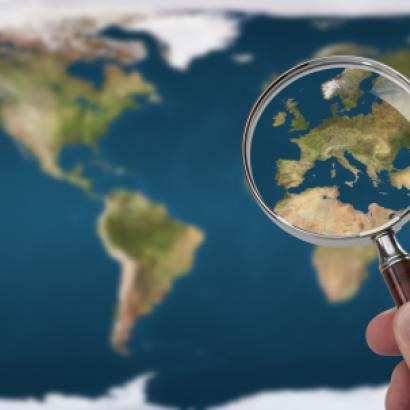 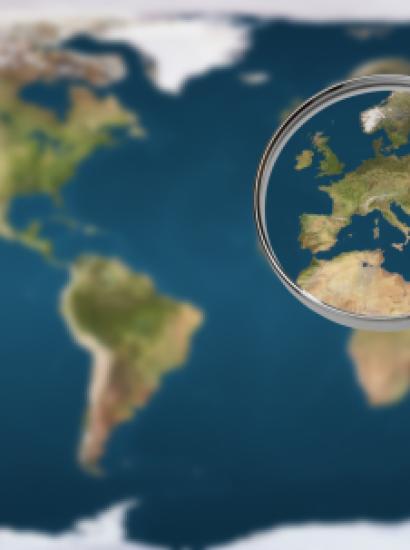 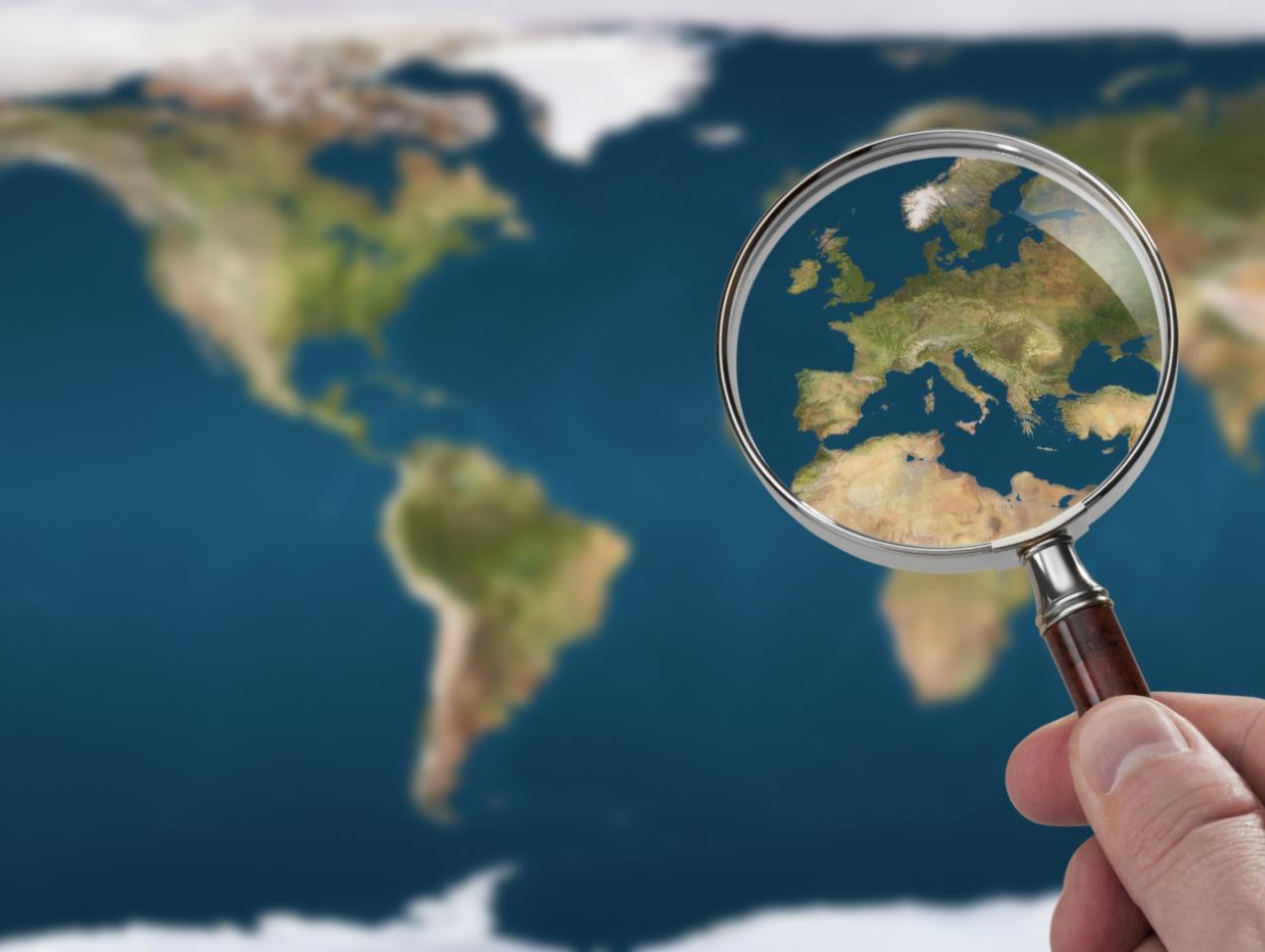 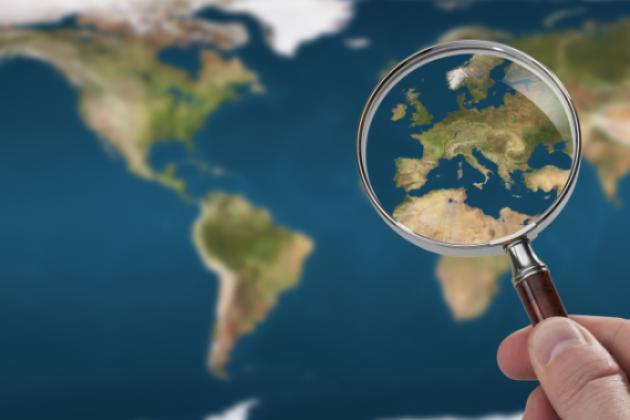 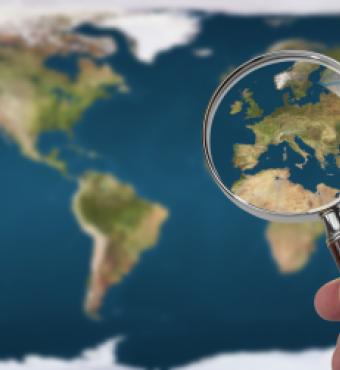 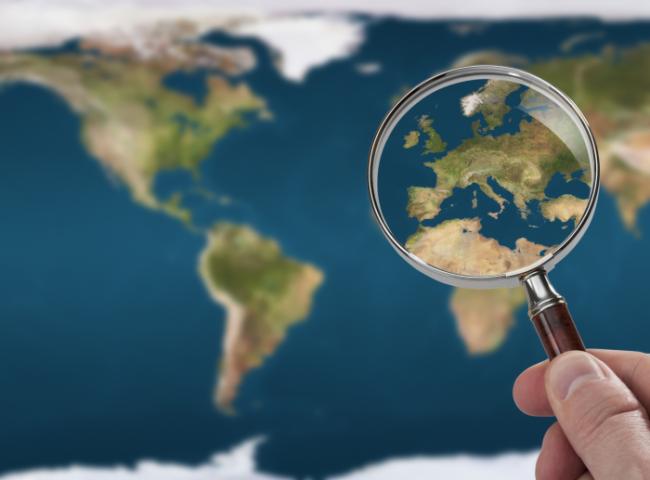 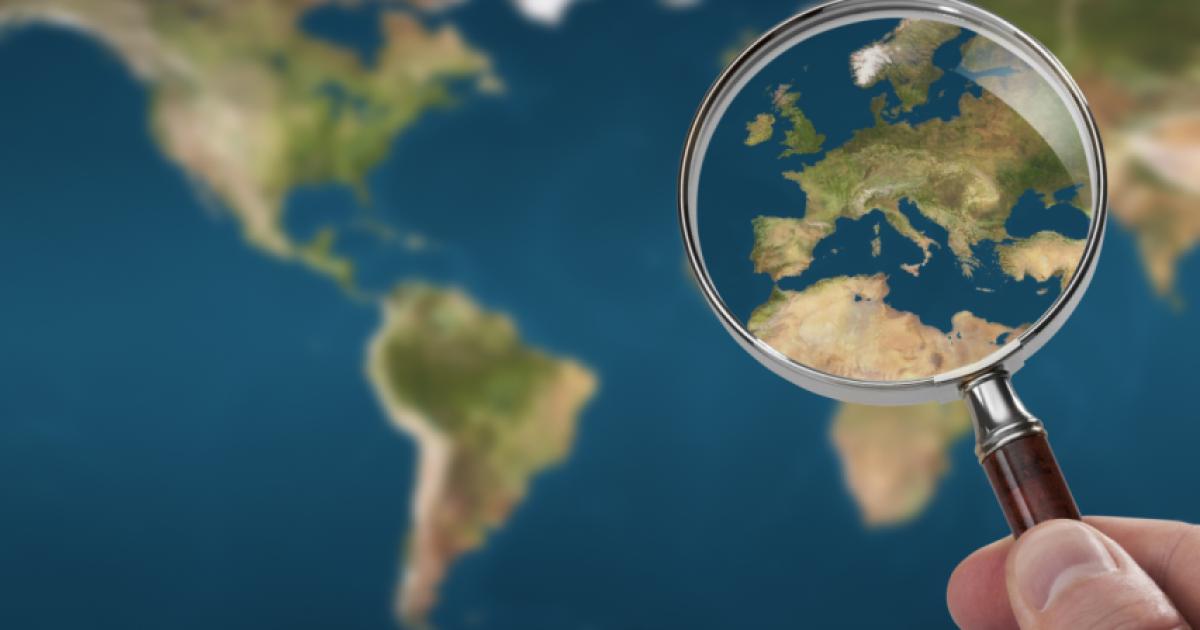 “L'enfer est pavé de bonnes intentions” (the road to hell is paved with good intentions) goes a French expression. Years of American involvement in the Middle East to fashion a region that is stable, peaceful, more prosperous and more respectful of human rights has proven, so far at least, a failure. As a result, U.S. decision makers, thinkers and certainly the public at large are increasingly expressing their exasperation with that region. U.S. policy was driven not by altruistic reasons but by the belief that active engagement, especially after the end of the Cold War, would be of strategic import for America. The U.S., by its very presence, policies and actions, helped shape the outcomes it now finds inadequate.

A debate on American ambitions and role in the Middle East is not one that can be started from scratch. For better or worse, the U.S. remains the most consequential power in the region; it is in many respects a Middle Eastern actor with its military engagements, troops, diplomatic reach, accumulated shared history and above all the animosity it engenders in the region.  It is the country everyone loves to hate in the region. Regional leaders are intently focused on what Washington will do next; their policies are as much driven by their own, state or personal interests, as they are by anticipating and responding to America.

The Middle East then and now

The Middle East was transformed from a strategic oil-rich piece on a Cold War chess board to a region whose internal dynamics propelled it to a position of importance on its own right. The 1979 Iranian Revolution, the inter-state conflicts, the ever present Arab-Israeli conflict, energy resources and the poorly institutionalized regimes whose existence could only be assured by repressive policies all contributed to its instability and fragility. Paradoxically, with all the energy deposits, the region is economically inconsequential; it produces little of value other than oil and its insecure regimes are voracious consumers of sophisticated military equipment delighting manufacturers from the U.S. to Europe and Russia.

The challenge facing Washington in the Middle East was always too daunting. It could only act as a firefighter; containing the Arab-Israeli conflict by pushing for agreements, big and small, helping the Saudis and other Gulf countries to keep pumping oil, restraining Iran’s revisionist ambitions and ensuring the viability of the state system as it did with the Iraqi invasion of Kuwait. What the region really needed however was a serious dose of reform. The ever-intensifying globalization wave was leaving these countries behind. With stagnating living standards in the non-oil producing states, the regimes were deathly afraid of introducing wide-ranging economic and political reforms for fear that they would end up being the first casualty of the change.

The regional regimes, including those friendly to the U.S., found it expedient internally to blame America for their ills; this deflection of responsibility for their own shortcomings at home and abroad became cannon fodder for newly emerging jihadist groups of the likes of al-Qaeda. They, in turn, with their actions, most spectacularly on 9-11, would further bind the U.S. to the region. International terrorism, certainly not new in the Middle East, became a global threat that Washington could not ignore. It, in turn, catapulted Washington into the Iraq war along with its disastrous execution.

The Arab Spring laid bare the brittleness of the regimes but also the dilemmas for the U.S. Regime change did not bring about orderly transitions of power. In Libya and Syria civil war and chaos ensued with very different results and in Egypt, long viewed as the heart of the Arab world, the U.S. encouraged the exit of the ruling dictator only to find that he was replaced by a Muslim Brotherhood presidency that too was focused on concentrating power in its own hands.

The ideological predicament that the Arab Spring represented for the U.S. was that as much as it may have wanted these countries to find a path towards more representative government with a modicum of respect for human rights, the fact of the matter was they were really hollow entities without any civil society organizations of note or institutional preparedness. Even in Syria, not a U.S. client state, the emergence of the Islamic State of Iraq and Syria (ISIS) that swept through northern Iraq and eastern Syria forced the Obama administration to intervene militarily for fear that another global jihadist movement would take root wreaking havoc everywhere. So the endless cycle of U.S. action in the region has started to resemble the proverbial Dutch boy holding off the waters with his thumb in the dike. It is not one of inducing change but of making sure the worst does not happen.

U.S. fatigue with the Middle East is not a new phenomenon; the Obama administration disappointed with the outcome of the Arab Spring and stalemate on Israeli-Palestinian issues had become gun shy. Even the nuclear deal with Iran has to be seen as an effort to reduce regional tensions and hence burdens on the U.S. The Trump administration, however, has been giving out mixed signals. On the one hand, President Trump has made it clear he wants to reduce America’s physical footprint in the region—he also seems to want to do the same in Europe and East Asia—while simultaneously ramping up pressure on Iran by cancelling the nuclear deal and introducing new sanctions. The contradiction is best exemplified in his decision to pull out troops from eastern Syria thereby strengthening the hand of Assad and Iran in Syria while depriving Washington of a card in its confrontation with Iran. Notwithstanding his semi about face in Syria when he agreed to leave behind 400 U.S. troops, the president’s clear isolationist tendencies are forcing local powers to hedge their bets or take matters into their own hands.

As a result, the region is traversing a period of uncertainty, the return of old actors and emergence of new ones. Supporting Assad has enabled the Russians to reestablish a foothold in the region; without Russian air power Damascus could have fallen to the opposition. Success in Syria may satisfy Putin’s desire to be recognized once again as a global power, but his country is an ailing power whose actions in Syria do not improve living conditions for the average Russian.

Far more consequential are the other dynamics: the rising tensions between Saudi Arabia and its allies against Iran and the new role that Turkish president Erdogan’s foray into the region reveals.

Iran, ascendant in Syria though embattled economically at home, is a revisionist power seeking to simultaneously ensure its own security by extending its influence from Iraq to Lebanon and challenge both Saudi Arabia and Israel. The fear of a U.S. retrenchment has given rise to unlikely bedfellows as evidence in the behind the scenes rapprochement between Israel and some Arab states. Not unlike Russia, Iran’s economic fortunes rest on the export of oil and gas that under U.S. sanctions are likely to further diminish potentially fracturing the regime in Tehran. Absent strong U.S. presence, these are conditions that could lead to a region-wide conflagration.

In addition to Iran, Turkey represents a new wild card. Turkish prospects for acceptance into the European sphere have declined precipitously with Erdogan’s increasing authoritarianism. Having consolidated power at home, he is now intent on recreating Turkish grandeur and influence over the Middle East as he increasingly envisages himself to be the region’s natural leader. He has not only pushed his military into Iraq and Syria to stymie Kurdish aspirations, but has also established a military base in Qatar thus taking sides in one of the most divisive of the clashes in the Persian Gulf.

In the meantime, Turkish-American relations have frayed over disagreements about Syria’s Kurds and also because the government has initiated a deliberate campaign of anti-Americanism especially after the July 2016 failed coup attempt. Paradoxically, to enhance his regional influence, Erdogan is taking on two of Washington’s most important allies: Israel and Saudi Arabia. The Khashoggi killing provided him with perfect opportunity to challenge Riyadh. Already, he had ratcheted up his invectives against Israel as the two countries have effectively downgraded their diplomatic representations. One ought to expect that the acrimony will increase in the months to come potentially creating trouble for U.S. interests.

The region is in flux and Washington’s chaotic decision-making style is increasing the likelihood of greater instability and greater repression as regimes try to game the changing circumstances while making sure that their publics remain quiet.

A U. S. Strategy for the Middle East

There are two important considerations that the U.S. has to take into account if it is to develop a strategy towards the region. The first is that Americans’ fatigue notwithstanding the Middle East is vitally important to the U.S. Second, there are no quick remedies to what ails it and Washington needs to think in terms of decades and certainly not from the perspective of a single president’s mandate.

The U.S. remains the world’s hegemonic power despite the emergence of such challengers as China.  It serves as the global economy’s anchor and lubricant and withdrawing from it is not an option. The fallout of regional crises has adversely affected Europe’s stability, arguably America’s most cherished partner. The migration crisis and terrorism are two of the most visible ramifications. The prospect of more regional wars or economic hardship will aggravate these trends.

For the foreseeable future, oil will remain the most vital of all commodities. Even if the U.S. were to be completely self-sufficient, what an American consumer pays at the pump is determined globally. The cause of most past recessions has been rising oil prices. Hence ensuring that oil resources are not vulnerable to would-be predators is in America’s interest.

This is also where it gets hard. Decades of poor governance, corruption, repression, dismal educational standards, deinstitutionalization and the lack of the rule of law means that change will come slowly. The current status quo is inherently unstable and change will require that the U.S. and its allies come together with a clarity of vision and purpose on how to introduce real economic and political change, extract concessions from regimes without necessarily legitimizing autocratic behavior or inducing radical change. This is truly a tall order because regimes will resist change, especially when their leaderships’ interests are threatened.

There is no substitute for American soft power, however damaged one may think it is today. America in particular and the West in general are what the region’s people aspire to emulate. No one there dreams of moving their families to Russia for a freer or more satisfying life experience. As Jake Sullivan writes in the Atlantic, despite the long litany of complaints against America, people expect the U.S. to do more not less.