No New Nukes, No Tough Water Choices, And No Profiles In Courage

Assuming you’re a Californian and reading this piece in the air-cooled confines of your home or office, then I’m guessing that (a) you survived this week’s record-setting heat wave across the Golden State; and (b) you presently have Internet access, even if you fell victim to the occasional outage as California’s power grid buckled under abnormal electricity demand. 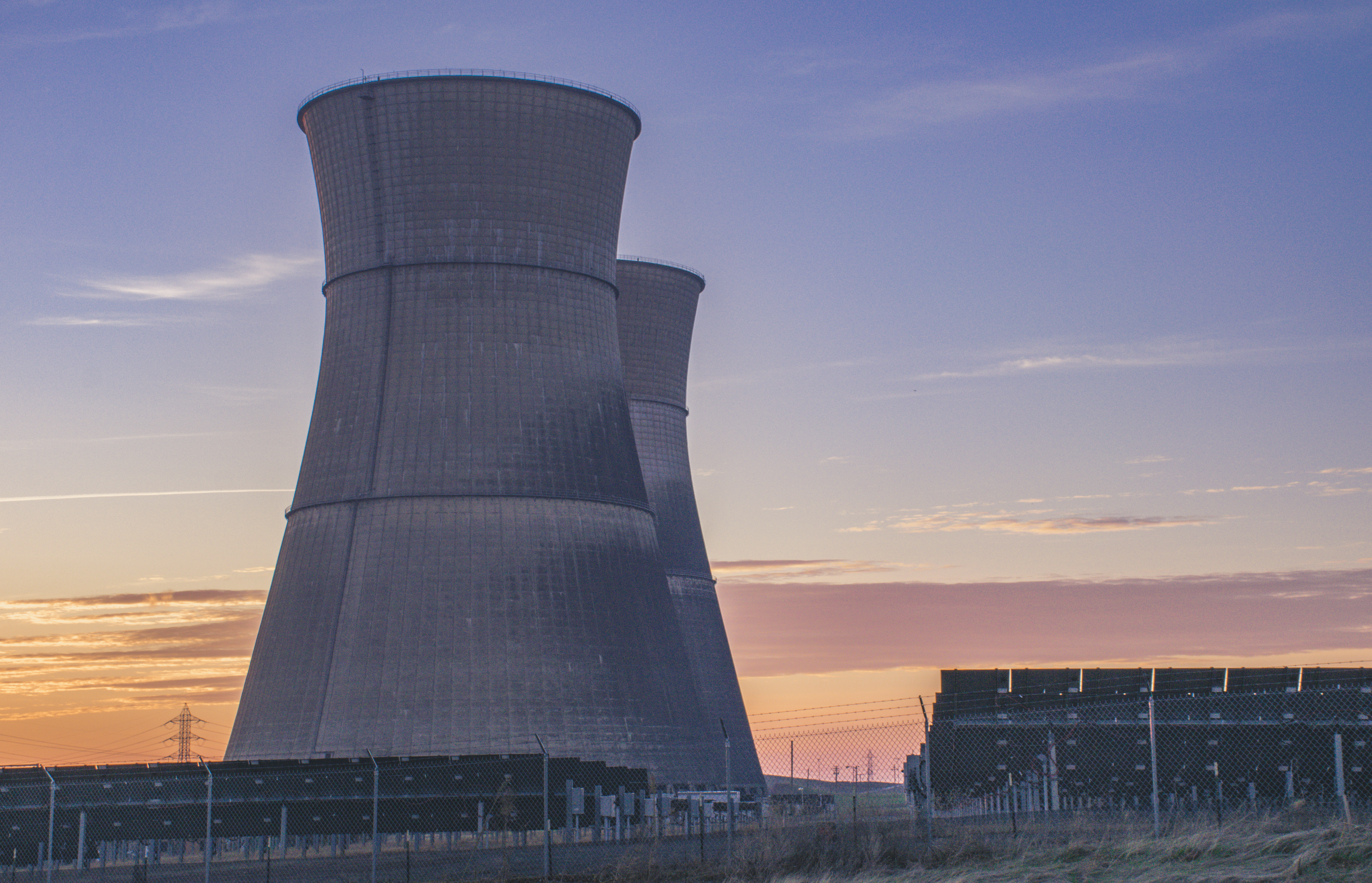 No New Nukes, No Tough Water Choices, And No Profiles In Courage 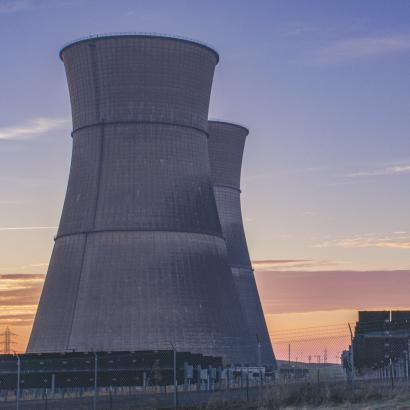 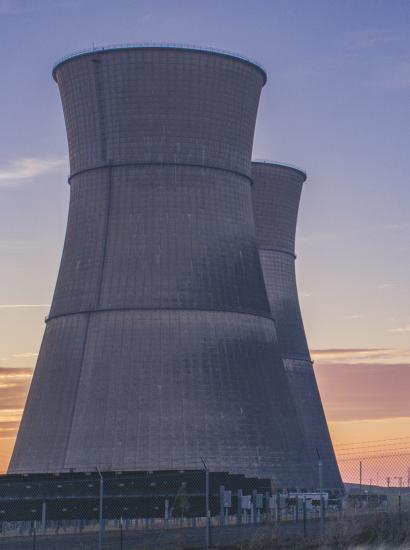 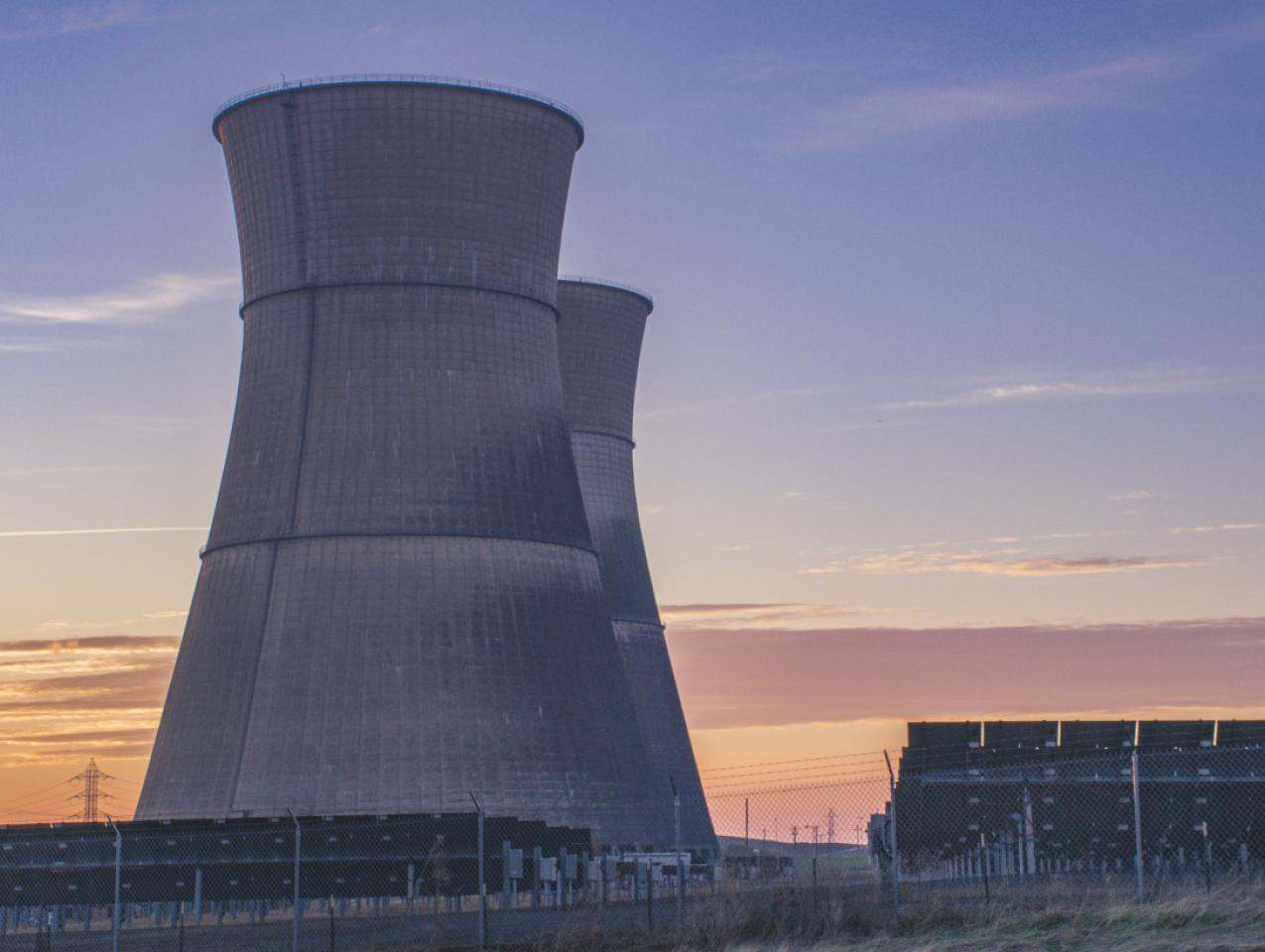 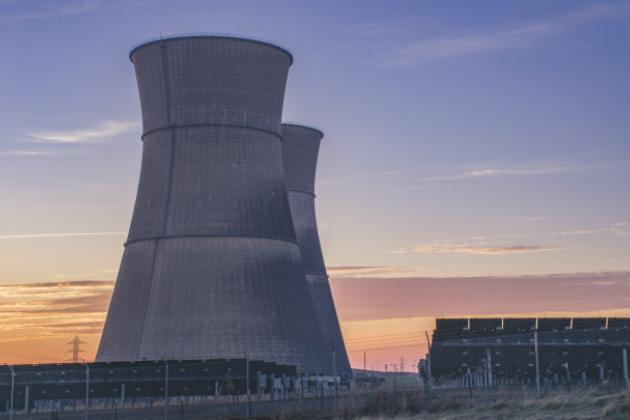 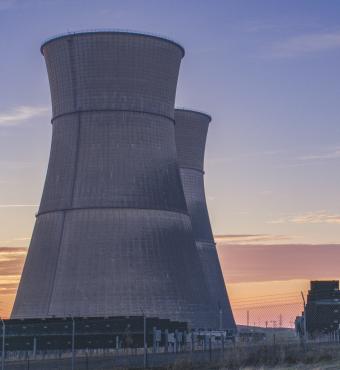 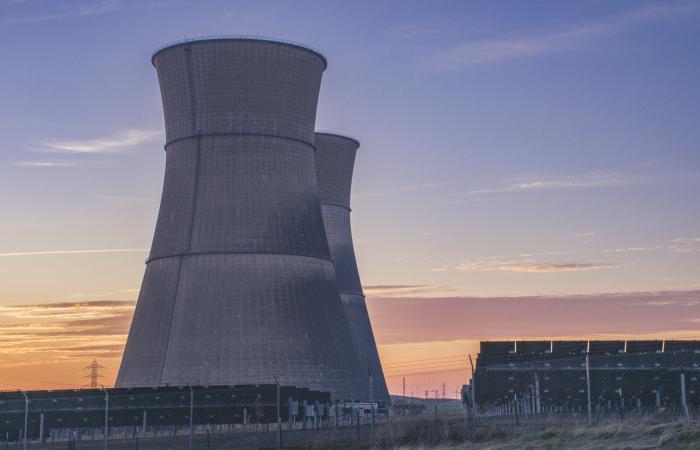 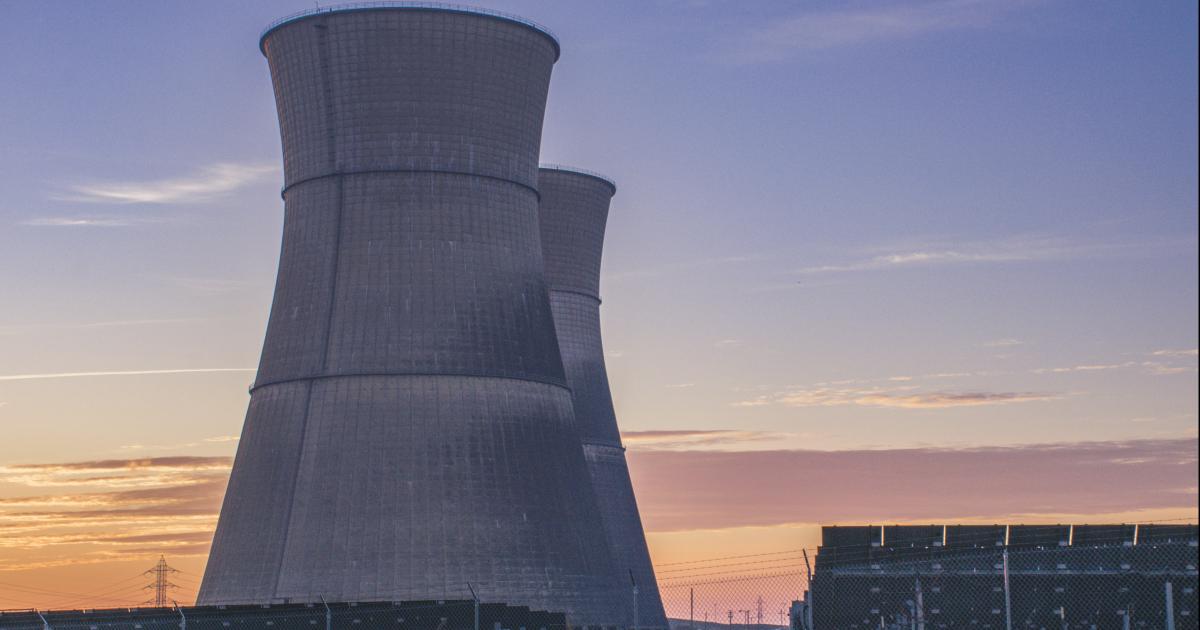 Assuming you’re a Californian and reading this piece in the air-cooled confines of your home or office, then I’m guessing that (a) you survived this week’s record-setting heat wave across the Golden State; and (b) you presently have Internet access, even if you fell victim to the occasional outage as California’s power grid buckled under abnormal electricity demand.

Such is the “new normal” in California when the mercury climbs toward (and past) the century mark: California’s Independent System Operator, which manages the power grid, beseeches the public to conserve energy from late afternoon to mid-evening—issuing a so-called flex alert. Imagine what happens come the day California motorists, converted en masse to electric vehicles, decide to charge their cars at the end of the evening commute home.

While we’re on the topic of automobiles, a metaphor comes to mind for California and its present energy mess: “the road not taken.”

In this case, the road takes us back 62 years to a speech delivered this very week in Redding, up in the far reaches of Northern California, by then presidential hopeful John F. Kennedy. That town doesn’t come to mind when one thinks of Kennedy’s relationship with the Golden State—more famous are his “New Frontier” speech in Los Angeles as he accepted the Democratic Party’s nomination; and the seedier side of “Camelot” and JFK’s extramarital assignations at his brother-in-law’s beach house in Santa Monica.

So what was Kennedy doing in rural Redding with the election just two months away? Hunting for votes, obviously. JFK would go on to lose the Golden State to native son Richard Nixon by just 35,623 votes out of nearly 6.5 million ballots cast—for the first time since 1912, the Golden State not siding with the national victor.

But Kennedy also wanted to talk policy, namely, how to manage natural resources in a growing state (less than a year after JFK’s death, California supplanted New York as the most populous state in the union).

Here’s Kennedy’s Redding speech, if you want to read his remarks from start to finish. But allow me to direct your attention to this passage:

We must bring to bear on our natural resource problems the best scientific brains, the best ideas, and the best modern technologies that are available. New methods of retaining snowpacks, of preventing surface evaporation of stored waters, of controlling floods and managing watersheds, of cloud seeding and long-range weather forecasting and weather control—above all a crash program of research on how to convert salt water to fresh water—all these and many more tools must be summoned to the task. We have the technological know-how. What we need to do now is remove the bureaucratic and political roadblocks—and forge ahead.

What Kennedy was suggesting: California—and America—needed to think outside the box, with leaders devoted more to the common good than their personal biases.

Here, both the state and the nation have failed to live up to the Kennedy ideal in the decades since his abbreviated presidency. One such example, and worth revisiting at a time when electricity is in short supply: former California governor Jerry Brown’s adventures in nuclear energy.

Back in the mid-to-late 1970s, in the first of his two eight-year stints as California’s chief executive, Brown fashioned himself as Sacramento’s resident nuclear agnostic, to put it mildly. As governor, he signed a 1976 law preventing new nuclear plants in the Golden State from being licensed until the California Energy Commission was convinced that there was adequate means for disposing of radioactive waste—a side-concern that the late Edward Teller, a Hoover Institution senior research fellow and father of the hydrogen bomb, dismissed as a “phony and dishonest issue.”

But Brown’s stance had a political benefit—at least, so he assumed at the time. Being California’s “no new nukes” governor meant Brown was able to help deliver a death blow to the Sundesert project, a $3 billion reactor that the San Diego Gas and Electric Company wanted to build in the Mojave Desert roughly 160 miles of San Diego (although the federal Nuclear Regulatory Commission gave preliminary approval to Sundesert, the California Energy Commission refused to license it and the state legislature refused to permit its construction).

The political benefit to Brown? It accrued on a national more than local level (in 1976, California voters rejected, by a two-to-one margin, Proposition 15 and a ban on the construction of nuclear power plants).

Gearing up, as Brown was, for a primary run against fellow Democrat Jimmy Carter in 1980, the topic allowed California’s governor to attack the vulnerable incumbent president from the left. Even if it meant some over-the-top rhetoric. “I think we have to get to the heart of the matter,” Brown said in a nationwide television interview, “and level with the nuclear industry that as for the future and with respect to plants that have not been put upon the drawing board, no, no more. Never again.”

Fast-forward to the California of present and last week’s rush to pass bills before this year’s end-of-August legislative deadline. That included a measure keeping California’s lone nuclear reactor in operation five years past its scheduled retirement in 2025—a very public admission that California can’t function without the 10% of a very strained energy grid currently provided by the one nuclear plant. (Fans of irony will note that on the same day the legislature rushed through the nuclear bill, California governor Gavin Newsom declared a state of emergency in anticipation of an “Extreme Heat Event” that “will continue to put significant demand and strain on California’s energy grid.”)

Would California’s current energy plight be a little more manageable had that plant been constructed in the Mojave Desert? That’s a good question.

Then again, while we’re in a speculative mood, what happened to bipartisan solutions—yes, even in an election year—when it comes to California resource management?

This December marks the 28th anniversary of California and the federal government entering into an accord to protect the Sacramento Delta estuary and guarantee water supplies to cities and farmers statewide—a state–federal program overseen by the California Bay-Delta Authority.

The timing of the accord was remarkable in that one of the signatories, then governor Pete Wilson, was coming off a sweeping reelection victory just a few weeks before the signing ceremony, prompting talk that the Republican governor might challenge then president Bill Clinton.

Yet despite the two elected officials on a possible collision course, the governments in Washington and Sacramento managed to hammer out a plan for dealing with California’s water needs. (Here’s a long look at California water policy over the past four decades, courtesy of Stanford’s Water in the West Program.)

Again, let’s return to the California of the present—and the open question of what the future holds for the Colorado River and the seven western states that tap into that dwindling body of water.

Having threatened to intervene if the western states couldn’t come to an agreement on reduced water use, the federal Interior Department had an apparent change of heart and has granted the states more time to come up with a solution.

An optimist might hail this as a nod to localism. A more cynical take: the Biden White House is less concerned about seven western states than it is the fate of two Democratic senators up for reelection this fall in two of the affected states —Arizona and Nevada—and the negative fallout that might come from a Democratic administration in Washington imposing water restrictions.

If that’s the case, then delaying the inevitable (more pragmatic water usage) until some point past the November election is . . . well, hardly a profile in courage.