The project would wreak havoc on key roadways and mangle a historic park. 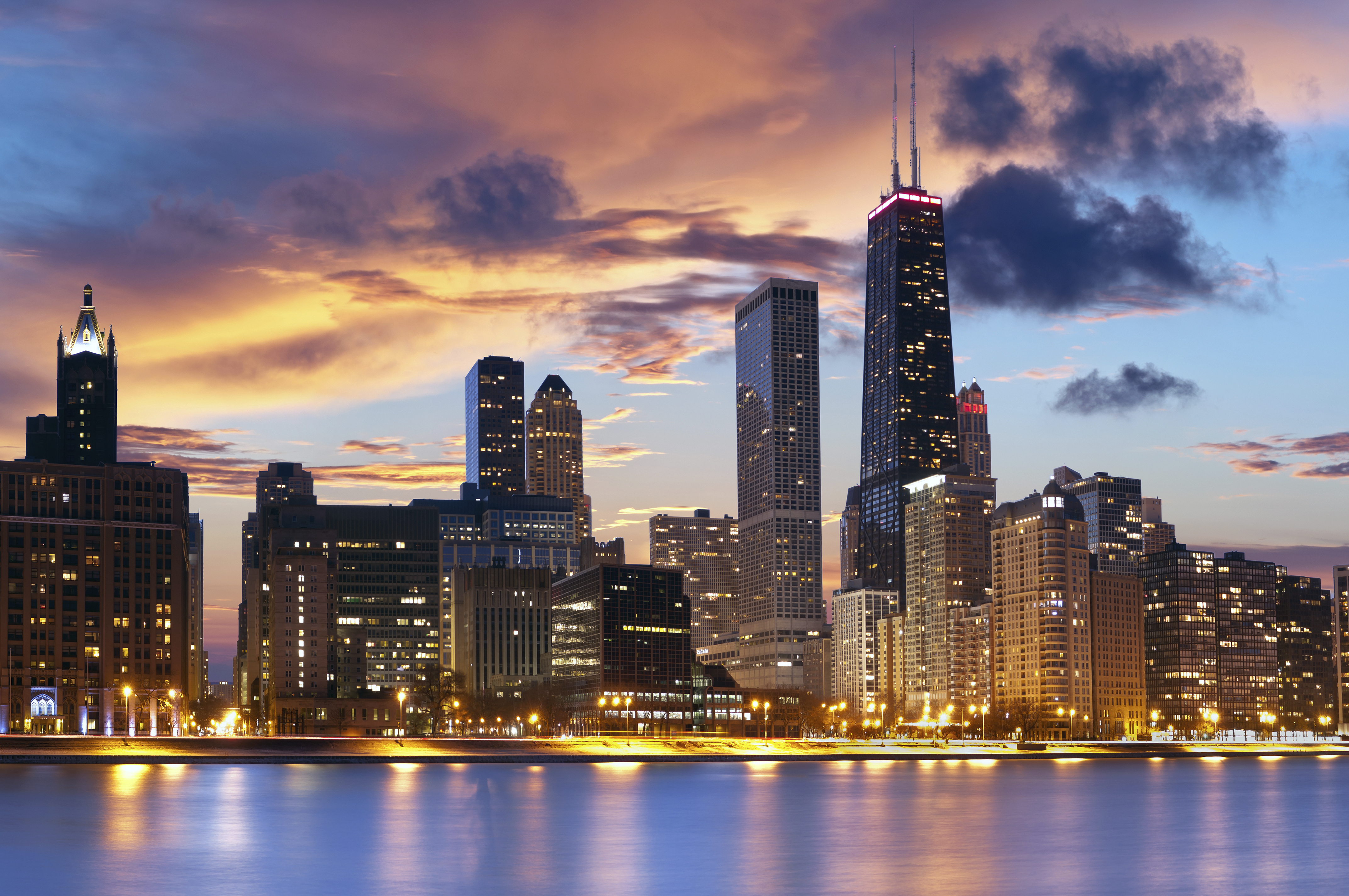 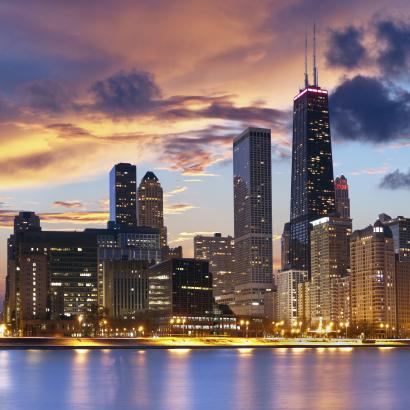 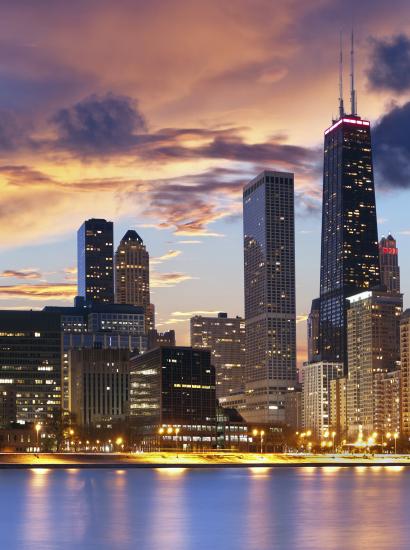 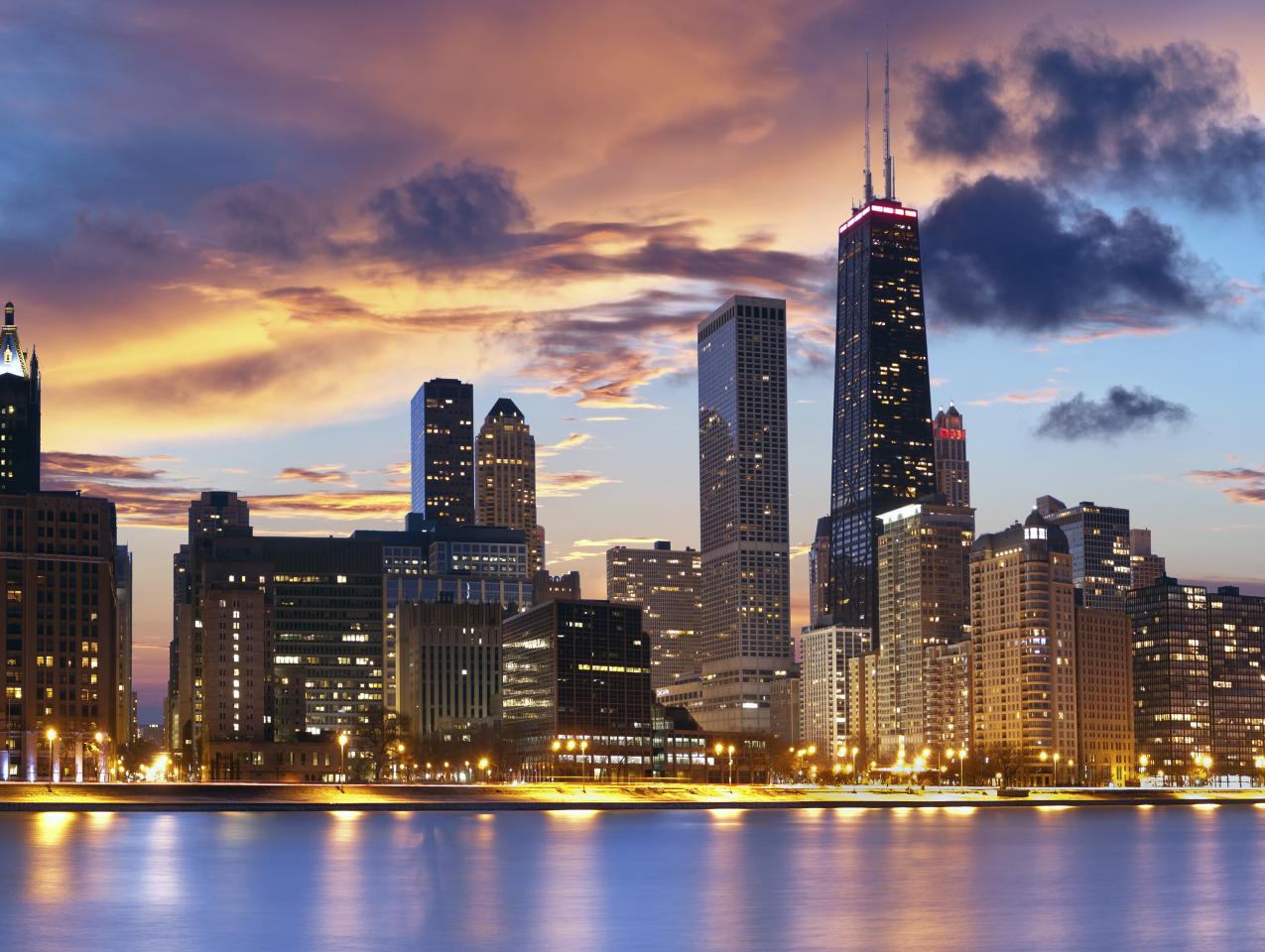 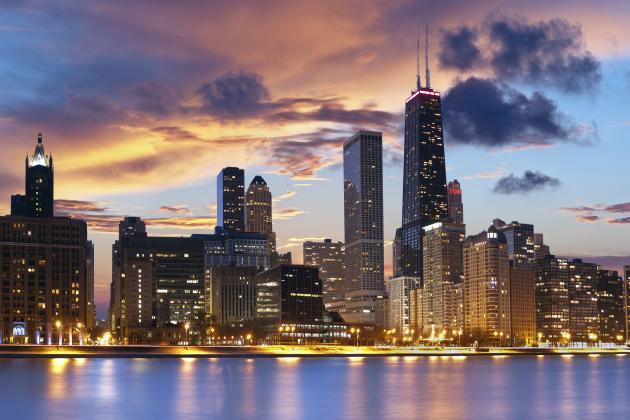 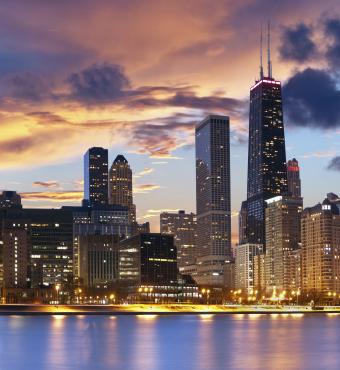 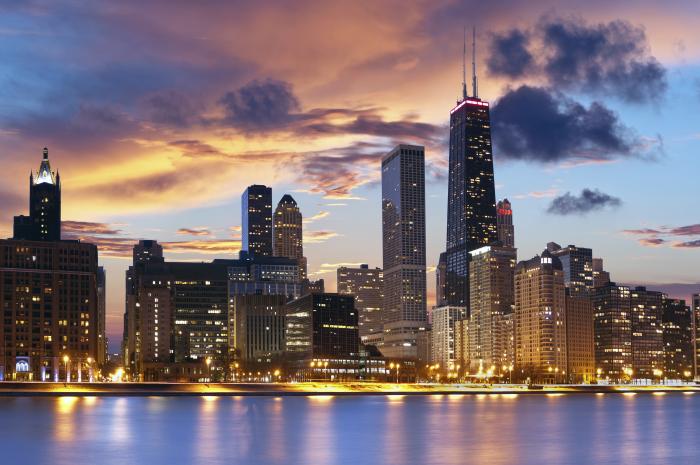 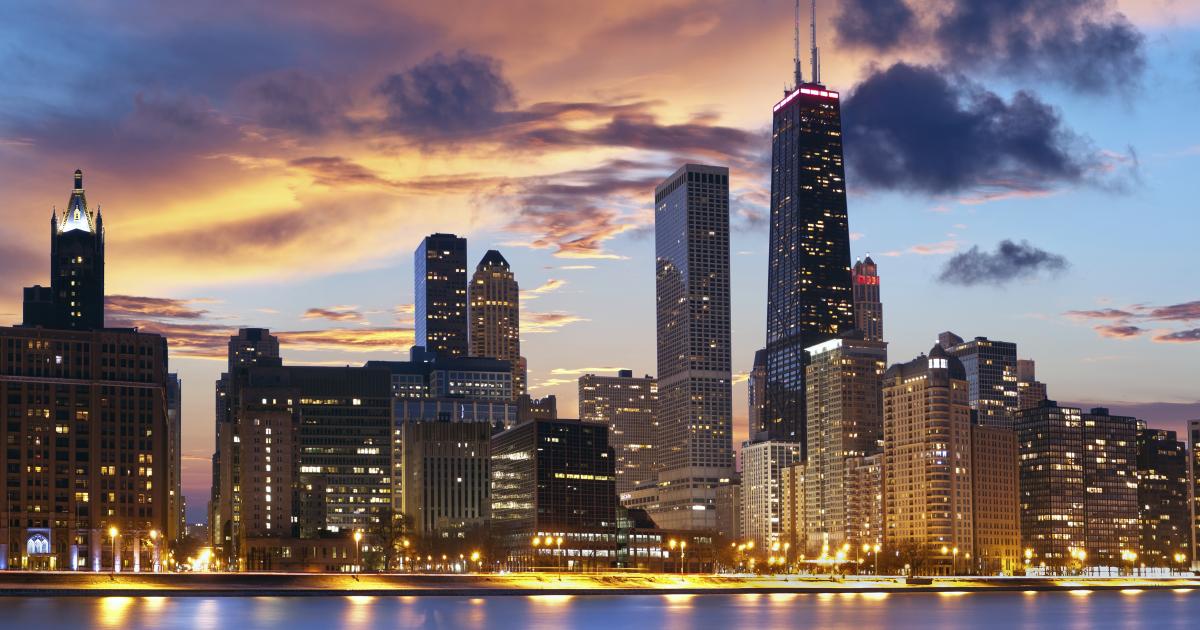 I argued last week before the Seventh Circuit Court of Appeals on behalf of Protect Our Parks, which sued the City of Chicago in order to stop the construction of the Obama Presidential Center (OPC) in Jackson Park. The OPC is not a Presidential Library, and it serves no official public function. At this time, it is useful to put the current litigation in its larger context, given the other regulatory obstacles relating to historical preservation and environmental protection that must be overcome to allow the Obama Foundation to build the OPC in Jackson Park.

To set the stage, the social case for keeping the OPC out of Jackson Park is powerful. The entire venture envisions a constellation of four separate buildings constructed on a 19.3-acre site located on the northwest side of Jackson Park, close to the Griffin Museum of Science and Industry. The Park was designed  in 1871 by the great landscape architect Frederick Law Olmsted. It was placed on the National Register of Historic Places in 1972. Consistent with the original plan, it incorporated large bodies of water, including the east and west lagoon, with direct connections to Lake Michigan. The four buildings of the planned OPC include a 235-foot museum tower, a conference center, an athletic center, and a new branch of the Chicago public library, all serviced by a 400-car underground garage.

In order to put this center in place, it will be necessary to, first, close Cornell Drive, a major six-lane north-south road (and a key original element of the Olmsted design) that connects South Chicago and Indiana to the loop, and to, second, limit access to three other roads, including the Midway Plaisance that connects the University of Chicago campus to Lake Shore Drive, the major thoroughfare along Lake Michigan. Shutting down these roads to make way for the OPC will require expanding two other thoroughfares, Lake Shore Drive to the east and Stony Island Avenue on the west. Those two additions will both narrow Jackson Park, as well as ensnarl heavy traffic throughout the area.

It will cost around $175 million to rip out and reengineer the roads. An estimated fair market value of the land donated to the OPC on a 99-year land-use agreement—read lease—is probably worth close to $200 million. In addition, the various construction projects will require the removal of 400 old-growth trees to make way for the OPC and its various “improvements” and “enhancements” to the area, as the City likes to describe them. The cash consideration to the City is $10.

Jackson Park is not the only site on the South Side of Chicago that could accommodate the OPC. Due west of Jackson Park, in the Washington Park area, lie a number of suitable private sites all nearer to public roads and transportations. An OPC at any one of these locations would be much more capable of generating the economic activities needed to revitalize the sluggish South Side economy.

Moreover, some 50 years before the Obama Foundation chose Jackson Park as its site, the United States passed three regulatory schemes that each pose serious roadblocks to any major construction project like the OPC. These are Section 106 of the National Historic Preservation Act of 1966 (NHPA), the National Environmental Policy Act of 1970 (NEPA), and Section 4(f) of the United States Transportation Act of 1966 (USDOT). Each of these statutes envisions a lengthy review process before construction may begin.

As most of the legal activity thus far has implicated the NHPA, I shall concentrate on the ongoing Section 106 proceedings. The purpose of Section 106 of the NHPA is to require each federal agency—here the National Park Service and the Federal Highway Administration—to identify and assess the impact of a new project on historical buildings. To do so, the statute requires the reviewing agencies to implement an elaborate, often contentious administrative process before any project can receive its approval.

The range of adverse effects of new construction under Section 106 is not limited to physical changes to the historical site. It also covers the cumulative effects which “diminish the historic property’s overall integrity by altering historic, internal spatial divisions that were designed as a single entity,” including its impact on “interconnected systems of pedestrian and vehicular circulation.”

The planned OPC clearly falls right into the crosshairs of this prohibition, insofar as its proposed alterations to Jackson Park negatively impact each and every one of these objectives, given its massive impact. These were the unambiguous conclusions reached in a comprehensive report about the OPC prepared by a group led by the Chicago Department of Planning and Development for the National Park Service, the Federal Highway Administration, and the Illinois Department of Transportation. The report was initially released in July 2019 and finalized in January 2020.

Under the NHPA, a prime objective its evaluation process is to choose responses that “avoid, minimize or mitigate” those adverse effects. These three tests are rightly meant to be considered in strict sequence.

Avoidance is the best way to remove adverse effects because it involves relocating to some other area. With the OPC, the abundance of sites on the South Side of Chicago make it easy avoid a radical, permanent transformation of Jackson Park. If avoidance is not possible, the second option involves the minimization of adverse effects, which essentially contemplates a project redesign in its initial location that, by reducing the size of its footprint and bulk, also reduces its tangible and intangible effects. As an example, this could require shrinking the OPC tower, removing the public library, or leaving open Cornell Drive and the Midway. Mitigation is the least effective of these three devices in addressing adverse effects, because such measures typically involve leaving a project like the OPC as is and taking additional steps to soften its effects, such as planting small new trees in Jackson Park or using photographs, plaques, and other displays to remind everyone of its former glory.

Under NHPA, construction cannot begin until the Section 106 process is completed. That Section 106 Report, or Assessment of Effects, moreover, will be subject to judicial challenge for its statutory compliance, completeness, and accuracy even after its release. However,  NHPA is merely a disclosure statute, which means that it cannot block any project of which it disapproves. This institutional arrangement allows the City to continue with the Section 106 process once the project is properly reviewed and a memorandum of agreement is reached among certain parties with jurisdiction.  It is unlikely that the project would be abandoned after the completion of the Section 106 process, as the Federal Highway Administration has ignored any potential form of avoidance or minimization. At a recent public hearing, the Federal Highway Administration confirmed that avoidance and minimization were off the table.

As part of the Illinois Department of Transportation’s effort to soften the blow, its architectural historian prepared a report that concluded, without any explanation or opportunity for public comment, that the adverse effect on the Park “will not sufficiently diminish or remove the overall integrity of the historic district in such a way that it would no longer qualify for NRHP listing.” Irrespective of this hurried and convenient submission, the entire review under NHPA is surely headed for litigation.

Similar issues regarding environmental impact will arise under NEPA, which has generally gone far—in my opinion, too far—in requiring exhaustive disclosures on how a new project might spark potentially harmful but unlikely environmental consequences. But, as I have written in a prepared statement for ConservAmerica, the one case that cries out for an exhaustive NEPA review is the OPC, whose effects in ripping out roads and cutting down trees are major, immediate, and certain. The NEPA review process has yet to begin, but if it results in similarly damning conclusions as the report on adverse historical effects, it too is headed for litigation.

The third of the aforementioned provisions, referred to as Section 4(f) review, is not simply a disclosure statute, but also gives the federal government veto power relative to the provision of funding—it mandates that the Federal Highway Administration and other DOT agencies cannot approve the funding for the use of land from publicly owned parks, recreational areas, wildlife and waterfowl refuges, or public and private historical sites unless the following conditions apply:

There is no feasible and prudent avoidance alternative to the use of land; and the action includes all possible planning to minimize harm to the property resulting from such use;

The Administration determines that the use of the property will have a de minimis impact.

It strains credulity to suggest that the OPC meets either of these conditions. However, federal officials are already seeking to bypass the Section 4(f) provision by insisting that there are actually two projects here—the first, they argue, is a local project that constructs the OPC proper, which is outside the scope of federal review; and the second is the subsequent road reconstruction, which is admittedly subject to federal review under Section 4(f).     But that interpretation is flatly inconsistent with Citizens to Preserve Overton Park v. Volpe (1971), which held that Section 4(f) “is a plain and explicit bar to the use of federal funds for construction of highways through parks—only the most unusual situations are exempted.” Surely the OPC, which is far easier to site than the proposed six-lane highway of Overton Park, should be subject to the same exacting standard.

At this point, someone might be tempted to ask, what’s the big deal? After all, Jackson Park will remain a public park even if the OPC is constructed. And the Mona Lisa would remain a painting if her quizzical face were adorned with a red mustache and goatee.