Occupational Licensing Is A Bad Idea

People have a right to make a living. 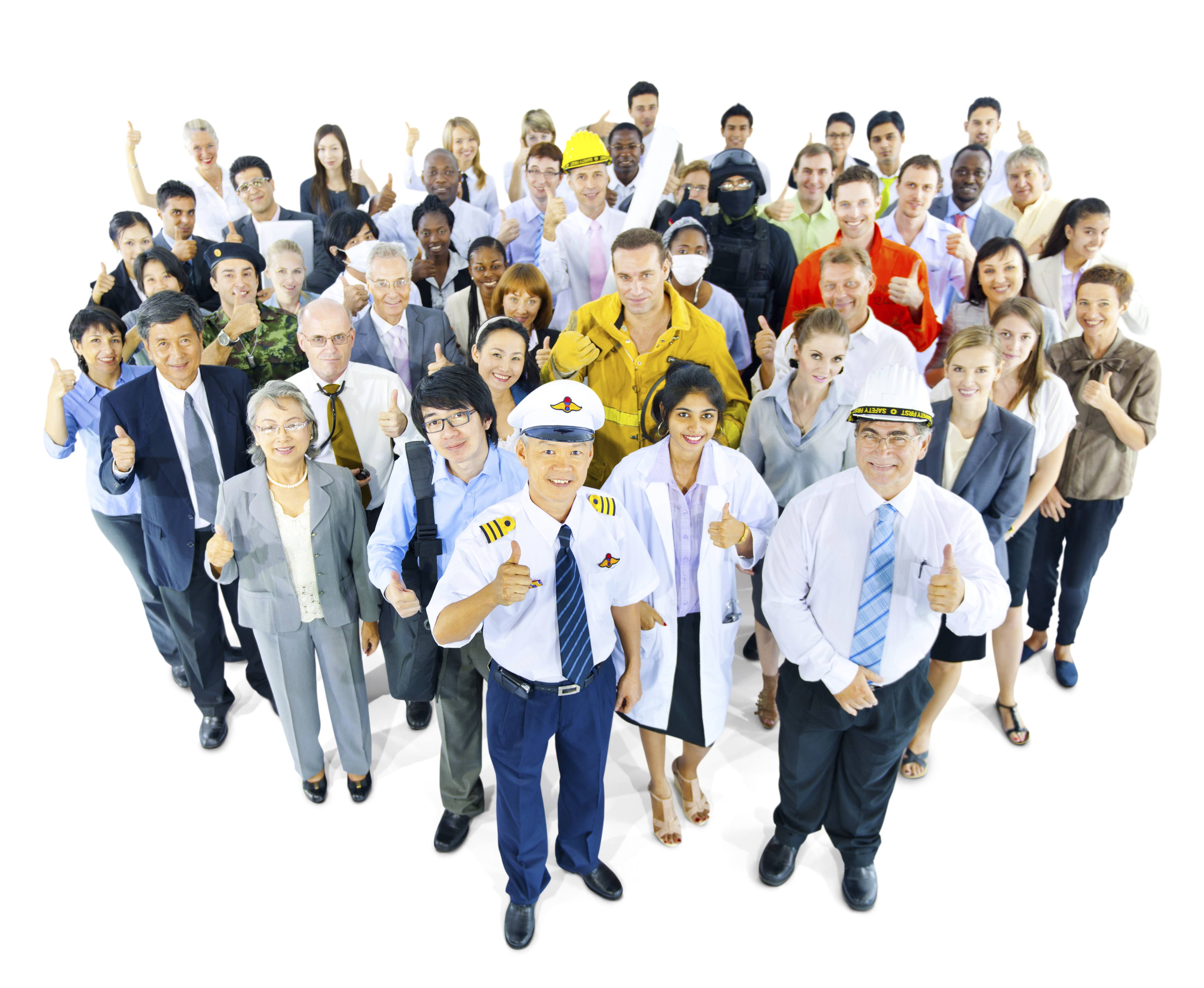 Occupational Licensing Is A Bad Idea 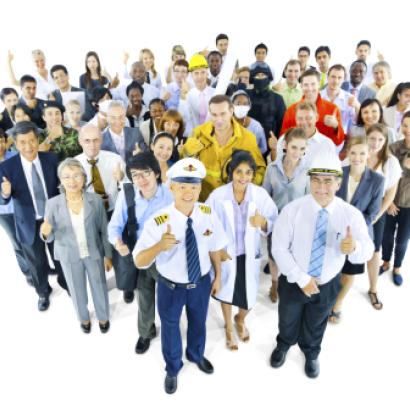 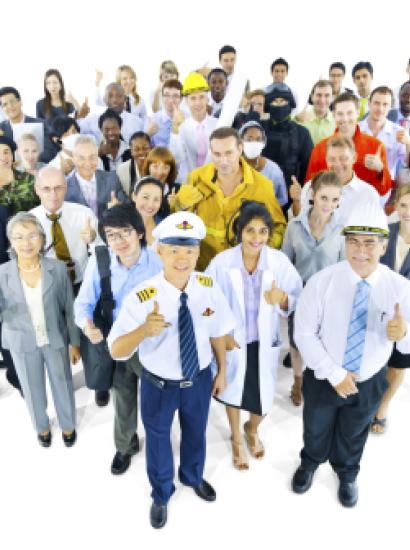 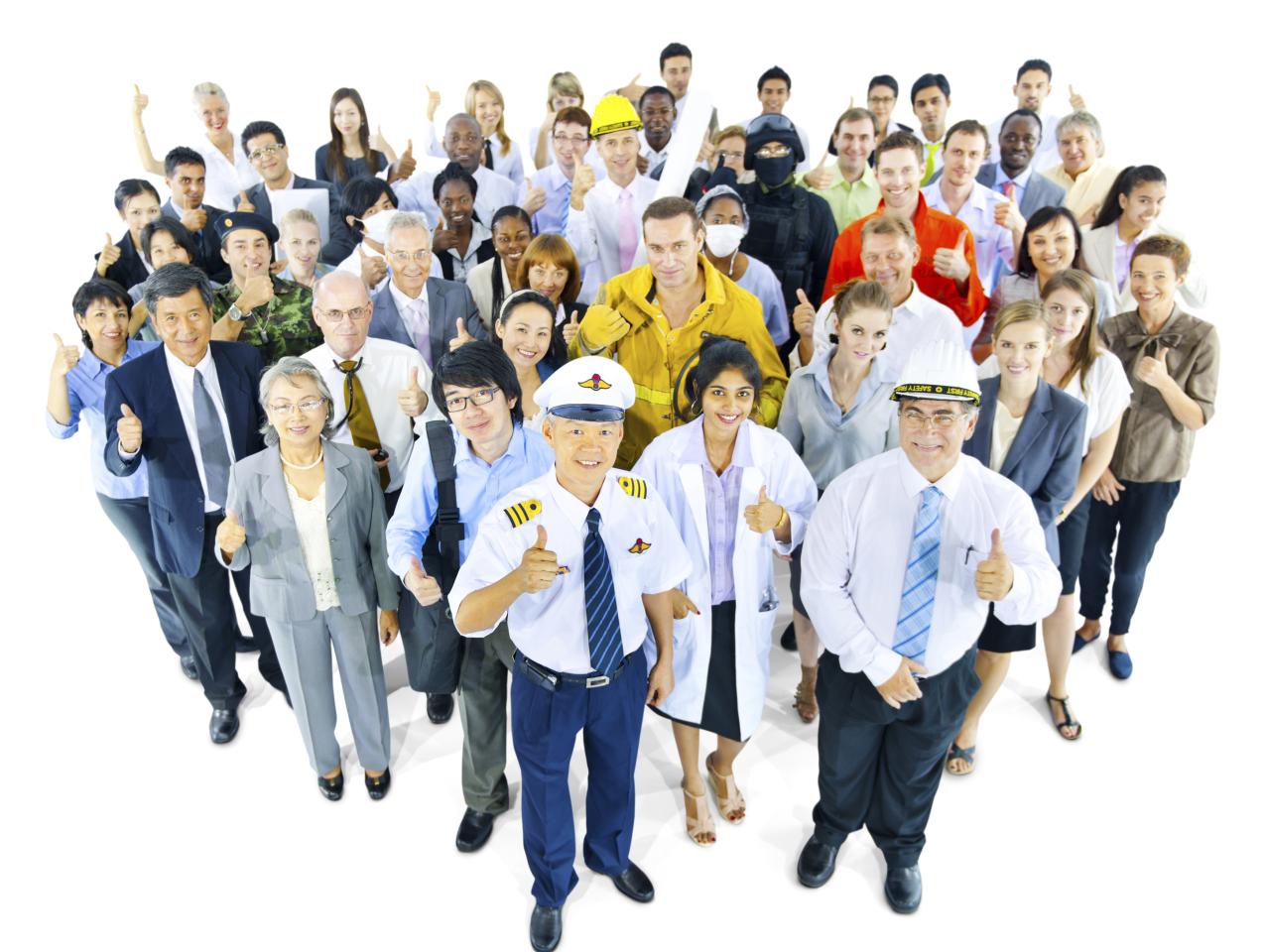 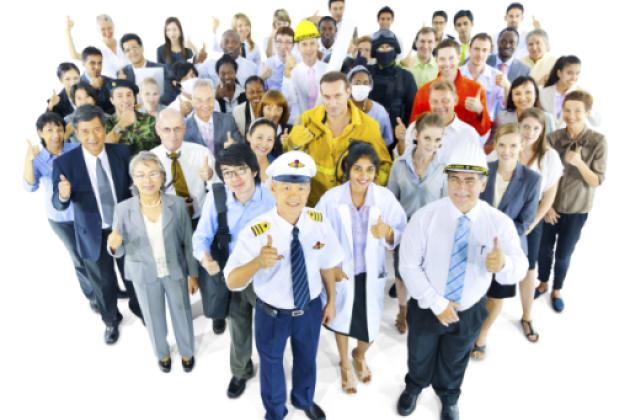 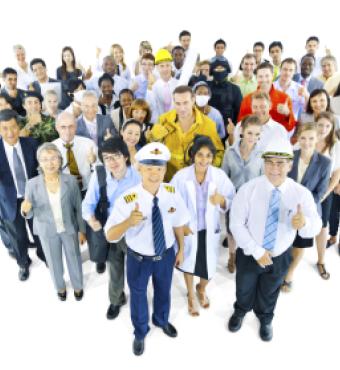 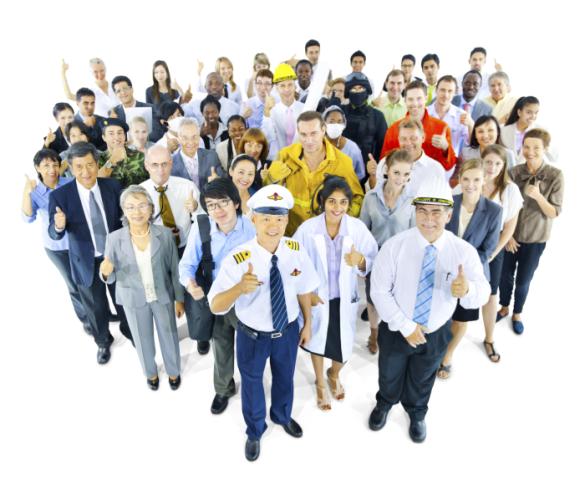 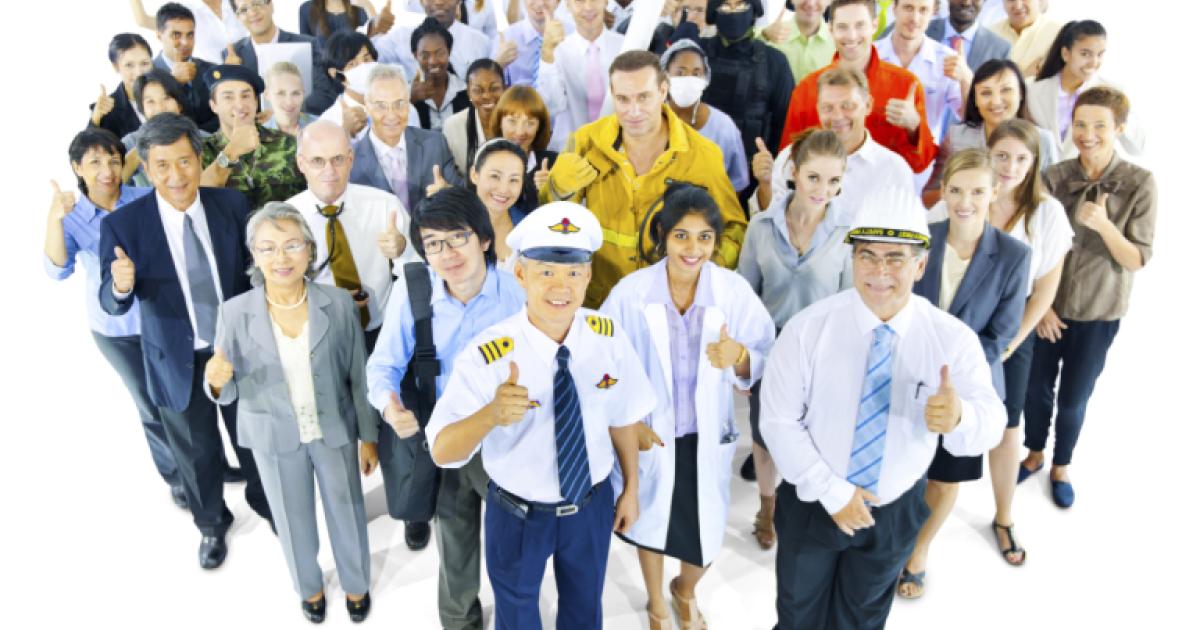 "Just because somebody packs up that moving van in Chicago, Illinois, they don't lose their skills on the way to the state of Arizona. Why should somebody have to suffer the burden of thousands of dollars or weeks or months of recertification in a skill that they already have?"

So said Doug Ducey, the Republican governor of Arizona, in making his case recently for relaxing Arizona’s licensing laws. What Ducey and Republicans in the Arizona legislature propose is a small step in the right direction. Some economists who have studied the issue, including the late Milton Friedman and George Mason University’s Daniel Klein, argue for getting rid of all occupational licensing. This may sound radical. It is radical. But there’s a strong case for it that is rooted in basic economic reasoning and lots of evidence. What might seem to be powerful arguments for keeping occupational licensing are actually quite weak.

First, consider the measure that Ducey supports. It’s a bill before Arizona’s legislature that would allow anyone who already holds an occupational license in one state to be automatically eligible for a license to practice the same occupation in Arizona. There are a number of strictures. Three requirements that Reason Foundation’s Alexis Garcia cites are that they must be in good standing in their home state, must not have a criminal history that would disqualify them, and, in certain professions, must pass a test on Arizona laws that pertain to their profession.

One benefit of this measure is obvious: it would allow people from other states to integrate quickly into the work force, saving them a lot of costs in the process. That leads to another benefit that is somewhat less obvious: more competition in Arizona’s licensed occupations, which means lower prices for consumers.

The result might seem to be chaos as various fly-by-night practitioners enter various occupations. But consider this fact: the percent of workers who must have licenses to practice their occupations grew dramatically between the early 1950s and 2000. In the early 1950s, according to labor economists Morris Kleiner, a professor at the University of Minnesota’s Humphrey School of Public Affairs, and Alan Krueger, who, before his recent death, was a professor at Princeton, “less than 5 percent of the U.S. work force was in occupations covered by licensing laws at the state level.” By 2000, they found, that number had risen to at least 20 percent. If licensing were important in reining in shysters, Americans must have been at much greater risk in the 1950s and the decade or so after than we are now. Were they?

Second, if quality assurance were an important factor in licensing, there would be a fairly tight connection between what one studies to get the license and what one uses in practicing the actual occupation. But the connection is quite loose. Sometimes there is virtually no connection.

Take hair braiding, which came to the United States from West Africa and is particularly popular among black women in the United States. The process involves zero use of chemicals. Yet in 16 states of the union, hair braiders must get a cosmetology license if they want to legally do hair braiding for pay. And what do you think is one of the main things one learns to get a cosmetology license? If you guessed “the proper use of chemicals,” you win. Angela C. Erickson, in Barriers to Braiding, a 2016 study for the Institute for Justice, notes that hair braiders in these 16 states must train for between 1,000 and 2,100 hours and must spend thousands of dollars on tuition. To put those hours in perspective, a standard 40-hour-a-week work year with two weeks vacation adds up to 2,000 hours a year. The good news is that the Institute for Justice has won some big victories against these licensing requirements.  In California, for example, the organization sued against the state’s cosmetology laws for hair braiding in 1997, and a federal court struck down the requirements in 1999. The Institute for Justice has had similar victories in other states since then.

The third reason for doubting the consumer protection rationale is that if that were the driving force, one would expect, at least occasionally, that consumers were the ones who pushed for licensing. Yet, even though over 800 occupations are currently licensed in at least one state in the union, I know of no example where consumers were the driving force. Were consumers really that concerned about unlicensed fortune tellers in Annapolis, Maryland (Question: how would you judge their quality?), unlicensed manure applicators in Iowa, or interior designers in many states in the union? In every case I know of, the people who initiated the licensing were practitioners of the licensed occupation, not the consumers. Of course, the practitioners stood to gain from restricting competition.

In a 2008 article, David Skarbek, a political science professor at Brown University who also has a Ph.D. in economics, pointed to an interesting case in Florida after Hurricane Francis in 2004. The governor at the time, Jeb Bush, issued executive order 04-188, which temporarily reduced restrictions on roofing contractors. His administration’s stated goal was to create “a larger pool of licensed individuals to choose from.” But if you think that restricting who can be a roofer is pro-consumer, you should oppose such a move. As Skarbek put it, “If licensing is justified by asymmetric information [the consumer doesn’t know as much as the producer and, therefore, can’t choose wisely], it is in times of crisis that asymmetric information is likely to be most problematic.”  Skarbek notes that it is precisely after a storm that people are less likely to obtain and less capable of obtaining information about product quality after a storm.

What was the effect on product quality? Complaints against the construction industry lodged with the Department of Business and Professional Regulation did show a substantially larger percent increase than the percent increase in construction. But, noted Skarbek, that complaint number included all complaints. If you’re waiting for someone to fix your roof after a hurricane, the wait is likely to be longer than in normal times, and you would be more likely to complain. The Department of Business and Professional Regulation found that in the period after the restrictions were reduced, complaints with probable cause, that is, the more legitimate complaints, increased by only 1.1 percent. Score one for the view that licensing is not key for assuring quality.

Why, then, do so many state governments impose licensing in so many occupations? Early in his career, Milton Friedman argued that it was to restrict competition. And much later, working with better data than Friedman had, the aforementioned Morris Kleiner and Alan Krueger found that “licensing is associated with about 14 percent higher wages.” Translation: when occupations are licensed, the wages of those in the occupation rise by, on average, 14 percent.

That’s good for those who are licensed, of course, but it creates a large problem for those who would have been able to be in the occupation but who are priced out by the time and money spent qualifying for the license. (Think back to the cosmetology case above.) Those who are priced out go to other jobs that are presumably less appealing and less lucrative. Some of them, and probably many, are people who were relatively low on the economic ladder. So licensing makes it harder for them to rise.

Let’s do a back-of-the-envelope calculation. Assume that the 14 percent higher wages of licensed workers are due to 10 percent fewer workers in the licensed occupations. This implies, incidentally, that, in economics jargon, the elasticity of demand for their services is only 0.7. That’s fairly inelastic. If it were more elastic, then the 10 percent figure is an understatement. As noted earlier, at least 20 percent of workers are in licensed occupations. The number of people employed currently is about 156 million. So over 31.2 million of them are in licensed occupations. That means that over 3.4 million people would have been employed in those occupations but, due to licensing, are not. So those people are making less income than otherwise. And most are probably in the lower half of the income distribution. In short, occupational licensing almost certainly leads to higher income inequality.

Moreover, the higher pay for those in the licensed occupations translates into higher prices for the goods and services they produce.

Some people, and not just the licensed providers, are legitimately concerned about whether without licensing we would get lower quality. Fortunately, that’s unlikely. The reason is that people have come up with various ways of assuring quality that don’t involve licensing. In the “old days,” we could point to the Better Business Bureau and word of mouth as ways people used to assure quality. Those still exist, but the Internet, with Yelp, twago, and HomeAdvisor, to name three, has made finding high-quality providers much easier. What the new ways have in common with the old ways is that both are about reputation. The more quickly and widely broadcast the negative feedback, the greater the incentive providers have to guard their reputations. Of course, the web has made feedback quicker and more visible to more people.

Go back to the Florida roofer example above. The situation when Governor Bush temporarily deregulated was stacked against high quality. Why? Because roofers who were suddenly legal knew that within a few months they would not be. Reputation is most important when the person plans to be in business for a long time. So the temporary roofers had less incentive to care about quality than they would have had if the deregulation had been permanent. Yet even in that “stacked” case, quality was not a huge problem.

In his 1962 classic, Capitalism and Freedom, Milton Friedman even made a case for ending licensing of doctors. He pointed out that licensing made doctors’ fees higher than otherwise, causing some people to get less medical care than otherwise. An alternative he proposed, which many economists favor for many currently licensed occupations, is certification. In a discussion I had with the earlier mentioned Alan Krueger on NPR, Krueger said that some reduction of licensing would be good, but he “wouldn’t want an unlicensed doctor to touch” him. I would, if a trustworthy certifier had given thumbs up. Indeed, many of us wouldn’t want even licensed doctors to treat us on particularly serious ailments if they were not certified for that ailment. If we had certification rather than licensing, I predict that we would quickly have at least 10 percent more doctors, as foreign doctors resident in the United States came out of the woodwork and more of them moved here.

Meanwhile, let’s celebrate the fact that Governor Ducey and Republican members of Arizona’s legislature are making a small step towards occupational freedom.