Politicians ignore the economic consensus: wage hikes cost many low-skilled workers not just their jobs but also their foothold in the workforce. 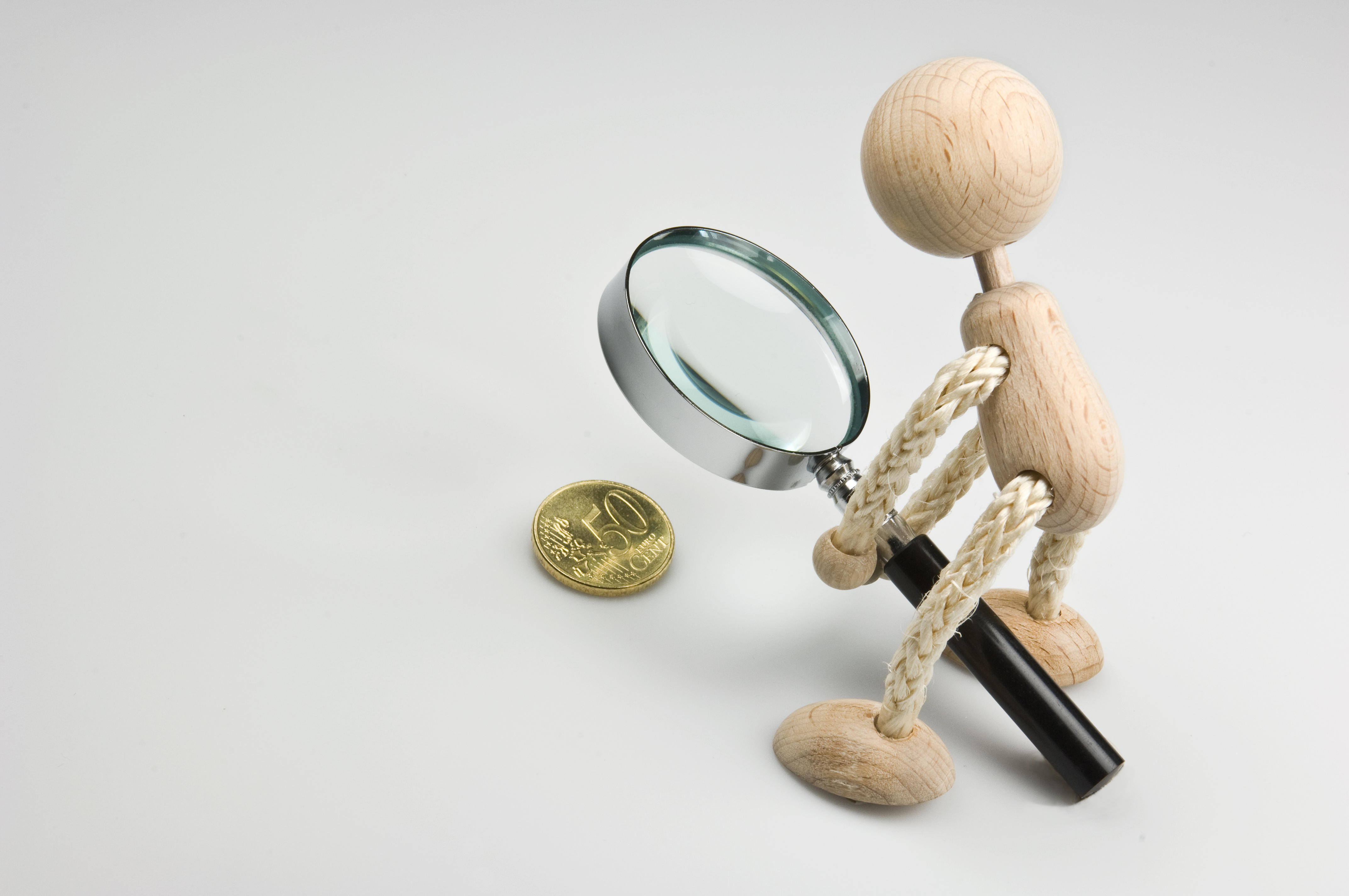 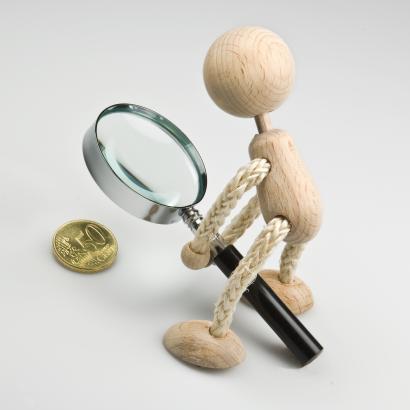 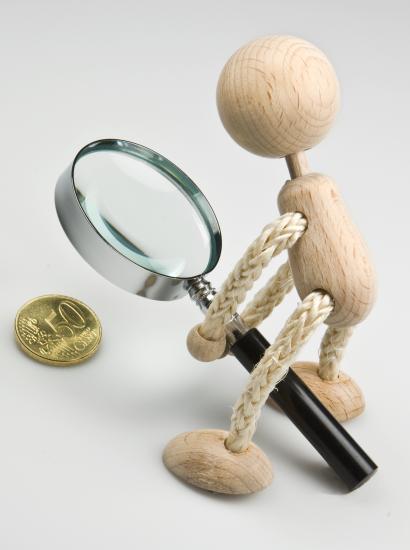 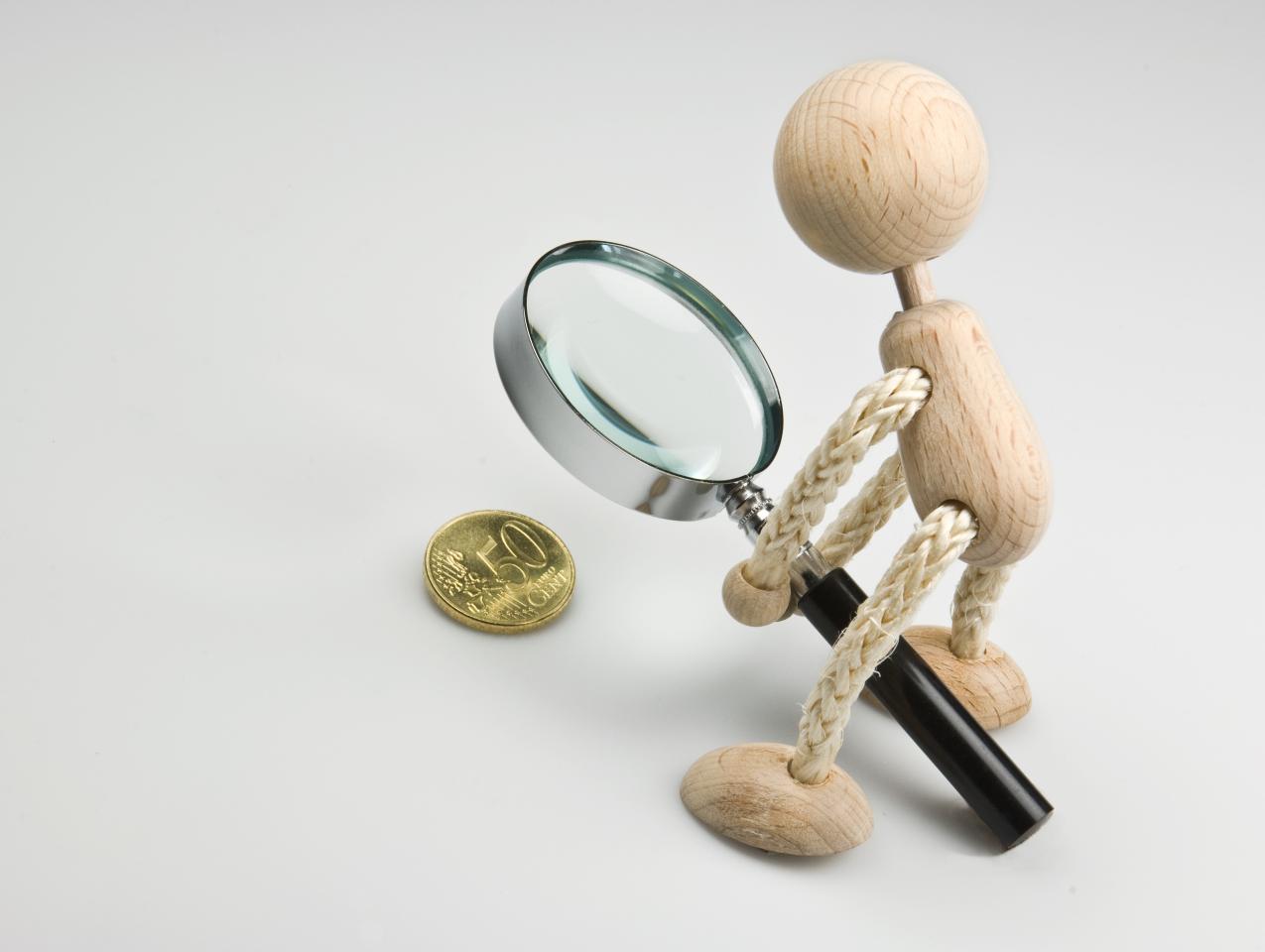 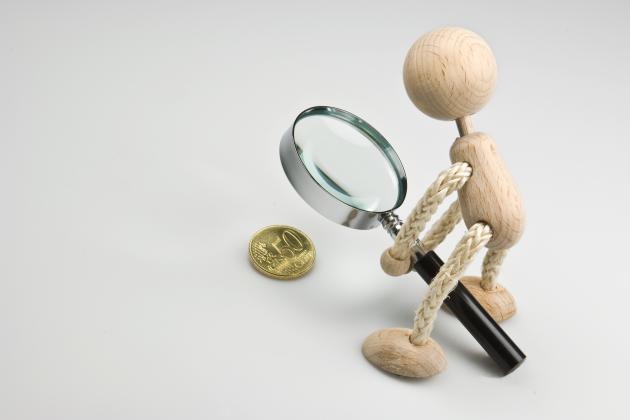 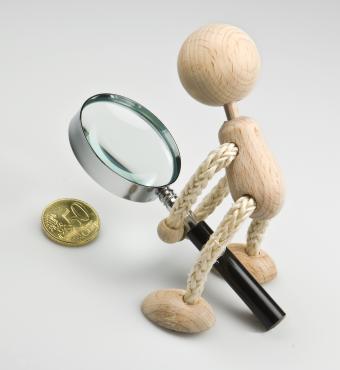 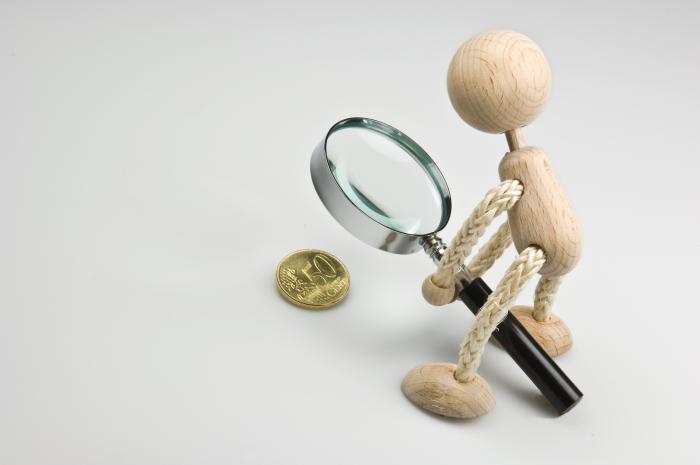 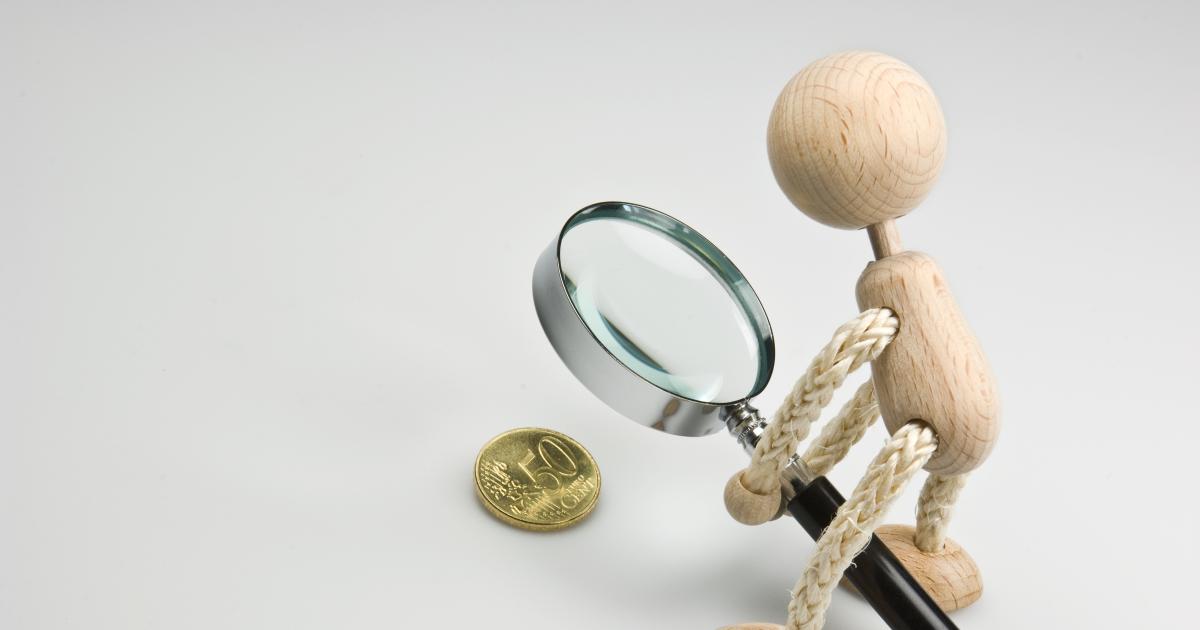 “The Right Minimum Wage: $0.00.” That was the title of a 1987 editorial in a major American newspaper. The editorial stated: “There’s a virtual consensus among economists that the minimum wage is an idea whose time has passed. Raising the minimum wage would price working poor people out of the job market.” You might expect the Wall Street Journal editors to write something like that. But the editorial wasn’t in the Wall Street Journal. It did appear, though, in a prominent New York newspaper. Which one? The New York Times.

In a 1970 economics textbook, a famous Nobel Prize–winning economist wrote of 1970’s minimum wage rate of $1.60, “What good does it do a black youth to know that an employer must pay him $1.60 per hour if the fact that he must be paid that amount is what keeps him from getting the job?” Who wrote that? It must have been free-marketer Milton Friedman, right? Wrong. The author of that statement was liberal economist Paul Samuelson.

Among non-economists and politicians, the minimum wage is one of the most misunderstood issues in economic policy. President Biden and almost all Democrats and some Republicans in the US Congress advocate increasing the federal minimum wage from its current level of $7.25 an hour to $15 an hour over four years. They argue that many of the workers earning between $7.25 and $15 will get a raise in hourly wage. That’s true. But what they don’t tell you, and what many of them probably don’t know, is that many workers in that wage range will suffer a huge drop in wages—from whatever they’re earning down to zero. Other low-wage workers will stay employed but will work fewer hours a week. Many low-wage workers will find that their non-wage benefits will fall and that employers will work them harder. Why all those effects? Because an increase in the minimum wage doesn’t magically make workers more productive. A minimum wage of $15 an hour will exceed the productivity of many low-wage workers.

The reason some workers earn low wages is not that employers are greedy exploiters. If exploitation were enough to explain low wages, then why would employers ever pay anyone over $7.25 an hour? Wages are what they are because they reflect two things: (1) workers’ productivity and (2) competition among employers.

Employers don’t hire workers as a favor. Instead, employers hire workers to make money. They hire people only if the wage and other components of compensation they pay are less than or equal to the value of the worker’s productivity. If an employer pays $10 an hour to someone whose productivity is $15 an hour, that situation won’t last long. A competing employer will offer, say $12 an hour to lure the worker away from his current job. And then another employer will compete by offering $13 an hour. Competition among employers, not government wage-setting, is what protects workers from exploitation.

We all understand that fact when we see discussions on ESPN about why one football player makes $20 million a year and another makes “only” $10 million a year. Everyone recognizes the twin facts of player productivity and competition among NFL teams. The same principles, but with much lower wages, apply to competition among employers for relatively low-skilled employees.

Open up almost any economics textbook that discusses the minimum wage and you’ll likely see a demand and supply graph showing that the minimum wage prices some low-wage workers out of the market. For textbooks published in the past twenty years, though, you might also find a statement that although some workers will lose their jobs, there’s controversy among economists about how many jobs will be lost. According to the textbook writers, some economists think the number will be large and others think it will be small or even imperceptible. You could easily conclude that there’s no longer a consensus among economists that an increase in the minimum wage would cause much job loss.

But that conclusion would be wrong. UC-Irvine economist David Neumark and Peter Shirley, an economist with the West Virginia Legislature’s Joint Committee on Government and Finance, showed that in a January 2021 study published by the National Bureau of Economic Research. Neumark is one of the leading scholars on the economic effects of minimum wages.

Neumark and Shirley chose a clever methodology. They read every published study of the effects of the minimum wage on employment in the United States that was done between 1992 and the present. They identified for each study the core estimates of the effect of minimum wages on employment. When that was difficult to do, they contacted the studies’ authors to ask them what they regarded as their bottom-line estimates. Sixty-six studies met their criteria and these criteria had nothing to do with the size or direction of the estimates.

Moreover, found Neumark and Shirley, the evidence “of negative employment effects is stronger for teens and young adults, and more so for the less-educated.” They concluded that the commonly heard refrain that minimum wages don’t destroy jobs “requires discarding or ignoring most of the evidence.”

Moreover, virtually all the studies of the effects of minimum wages in the United States have considered increases in the minimum wage of between 10 and 20 percent. The US government has never raised the minimum wage by anything close to the 107 percent envisioned in the increase from $7.25 to $15.

Why does that matter? Because the higher is the increase as a percent of the existing minimum wage, the more certain we economists are that it will hurt job opportunities for unskilled workers. We are sure of that because of the law of demand, which says that for any good or service, the higher the price, the less is demanded. That applies whether we’re talking about iPhones, skateboards, or labor. So raise that price a lot, and the amount demanded falls more than it would fall if you raised it a little. And what employers don’t demand, willing workers can’t supply.

The University of Chicago’s Booth School has an Initiative on Global Markets (IGM) that occasionally surveys US economists on policy issues. Possibly because of the surveyors’ understanding that the $15 minimum wage would hurt some states more than others, the IGM recently made the following statement and asked forty-three economists to agree or disagree: “A federal minimum wage of $15 per hour would lower employment for low-wage workers in many states.” Unfortunately, the question did not specify what is meant by “many.” Is it ten, twenty, thirty? Some economists surveyed pointed out that ambiguity. That ambiguity could explain why a number of the economists answered that they were uncertain. But of those who agreed or disagreed, nineteen agreed that it would cause job loss in many states and only six disagreed.

One economist who disagreed, Richard Thaler of the University of Chicago, gave as his explanation this sentence: “The literature suggests minimal effects on employment.” No, it doesn’t. As noted earlier, the federal government has never tried to raise the minimum wage by such a large amount and so there is no scholarly literature on such an increase. Would Thaler say that if putting a cat in the oven at a temperature of 72.5 degrees Fahrenheit doesn’t hurt the cat, then putting a cat in the oven at 150 degrees wouldn’t hurt the cat either?

While few economists have actually estimated the effects of such a large increase in the minimum wage, the US Congressional Budget Office (CBO) presented its economists’ estimate earlier this month. According to the CBO, the increase would reduce US employment by 0.9 percent. That might not sound like much, but 0.9 percent translates into 1.4 million workers put out of work.

But wouldn’t the increase in the minimum wage also increase wages for a lot of workers who keep their jobs? Yes, it would, and the CBO estimates that although the workers who lose their jobs would lose income, their loss over the years from 2021 to 2031 would be “only” 34 percent of the gain to the workers who gained wages.

But the gain in wages is not an unalloyed benefit to those who gain. The reason is that, as noted above, an increase in wage rates doesn’t automatically make workers more productive. So employers, looking for ways to avoid paying more to workers than their productivity is worth, would search out other ways of compensating. They might cut non-wage benefits, work the employees harder, or reduce training, to name three. Interestingly, on its website in 2006, when Congress was considering an increase in the federal minimum wage, the Economic Policy Institute (EPI), an organization funded partly by labor unions, admitted the last two of these three. It stated, “employers may be able to absorb some of the costs of a wage increase through higher productivity, lower recruiting and training costs, decreased absenteeism, and increased worker morale.” How would an employer make his workers more productive and reduce absenteeism? Probably by working the employees harder and firing those who miss work. How would he reduce training costs? By providing less training. In an article in the winter 2021 issue of the Journal of Economic Perspectives, UC-San Diego economist Jeffrey Clemens noted a negative correlation between minimum wages and employer-provided health insurance. In the workplace as in the rest of the world, there’s no free lunch.

The late economist Walter Williams has written about how, as a teenager, he learned many skills on the job that made him more productive and ultimately higher paid. I wrote recently that he could get those early jobs because the minimum wage was so low. Low-paid jobs are often crucial for black youths and other youths who need to build their work skills and work histories. These skills might be as simple as learning to show up on time. In 1967, when I was sixteen, I worked in a kitchen at a summer resort in Minaki, Ontario. The minimum wage at the time was $1 an hour and I was paid, if I recall correctly, $1.25 an hour. For the first three days of the job, I showed up about twenty minutes late. On the third day, the chef told me that if I was late the fourth day, I shouldn’t bother showing up because I would be fired. I was never late again. I learned the “skill” of punctuality. We adults take such things for granted. Kids don’t. Raise the minimum wage enough and a whole lot of young people won’t learn the basics, or won’t learn them until later in life. That would be tragic.