The industry thrives by making fraudulent claims about the foods we eat. 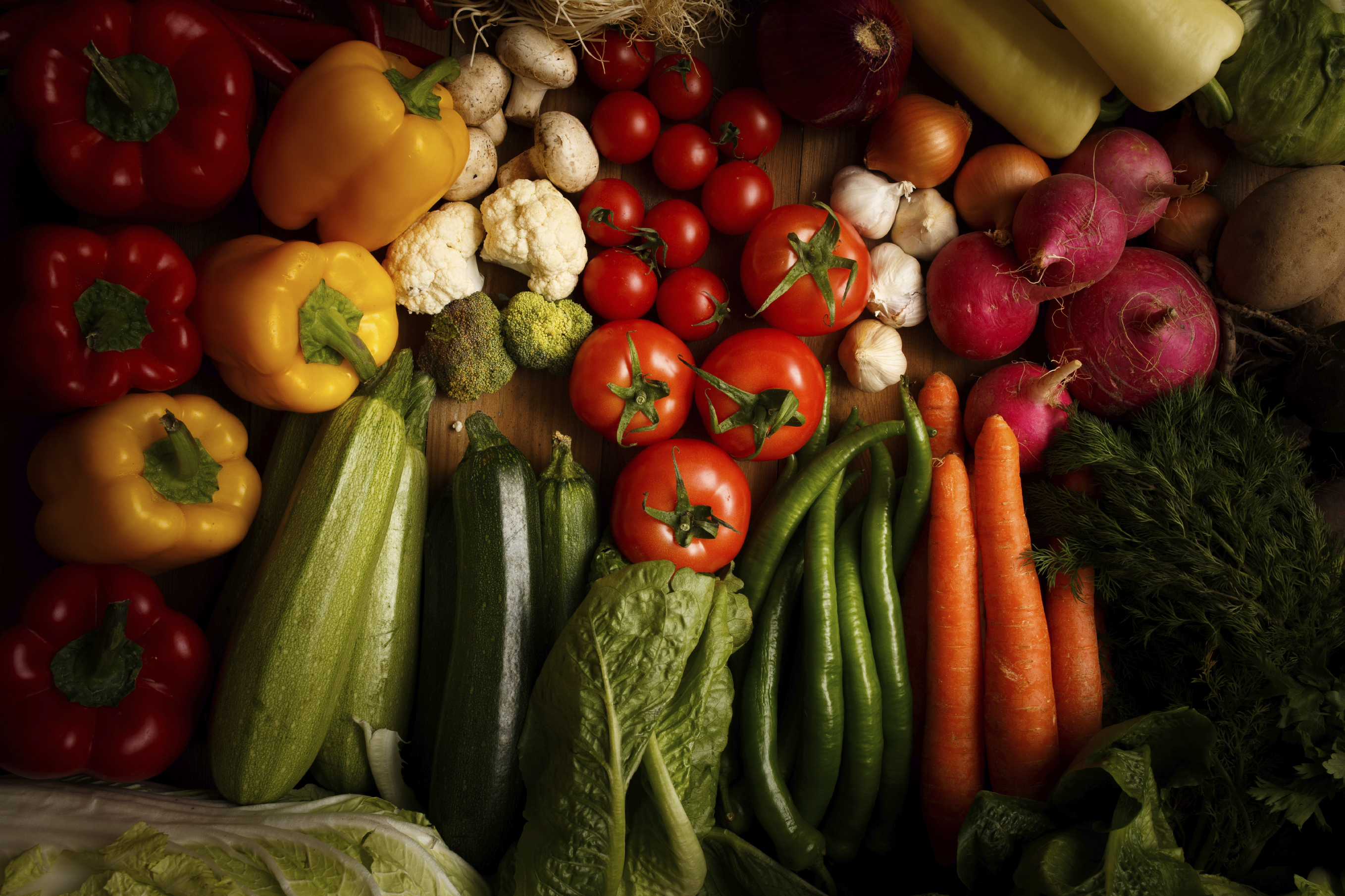 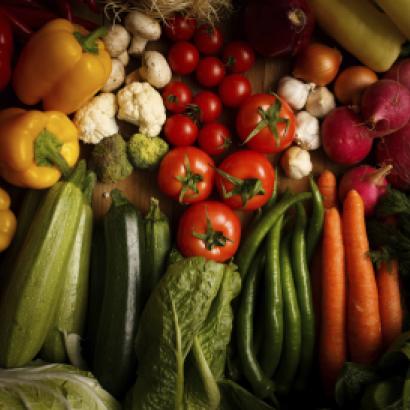 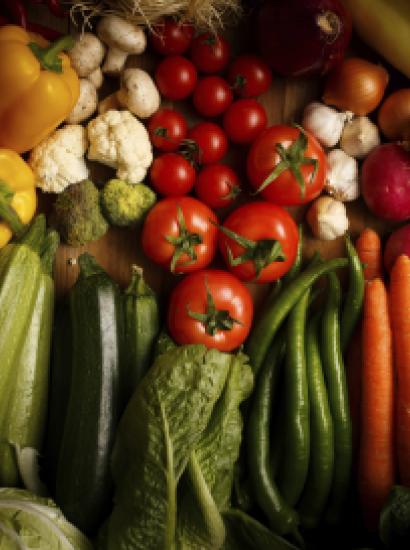 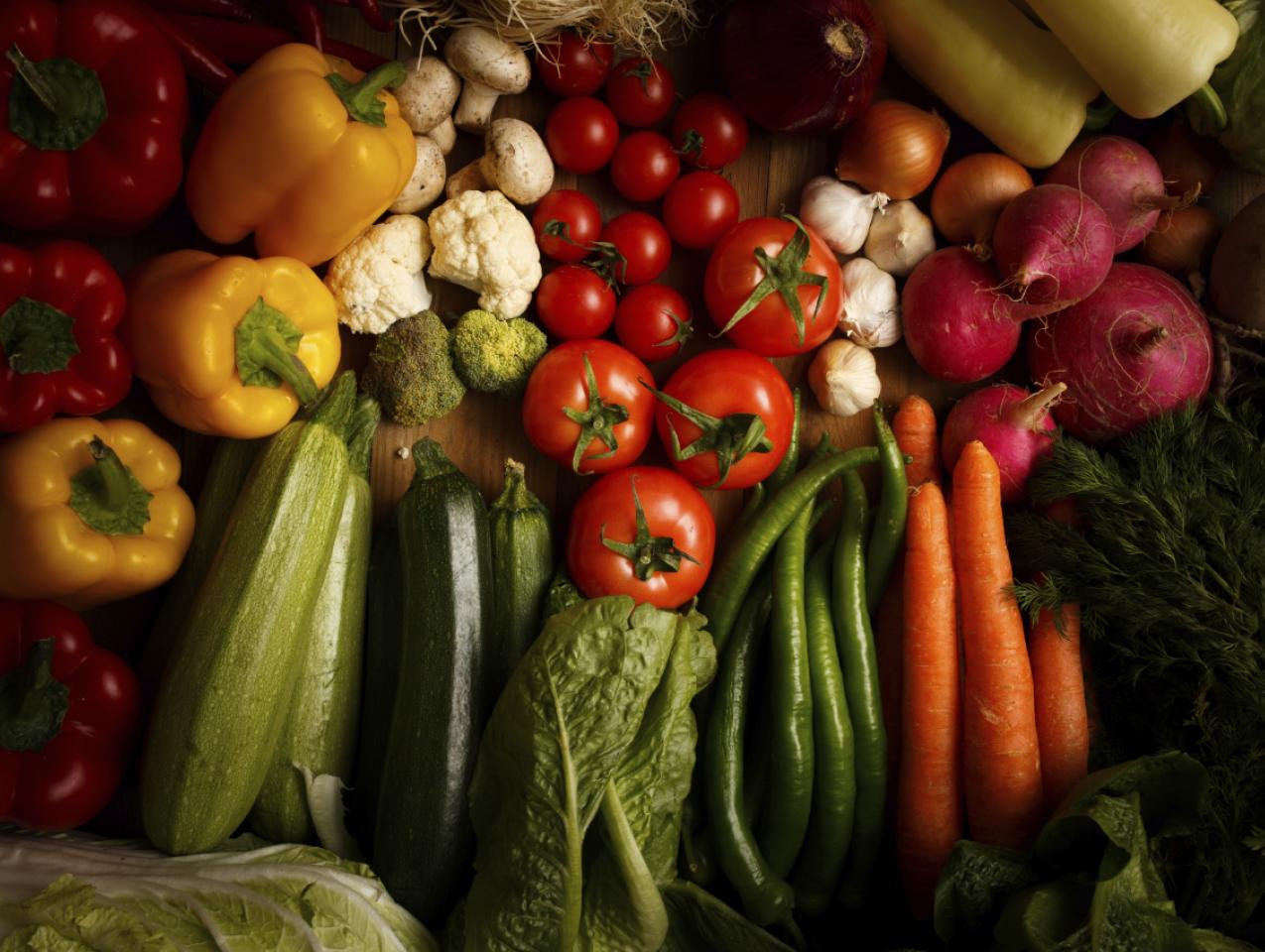 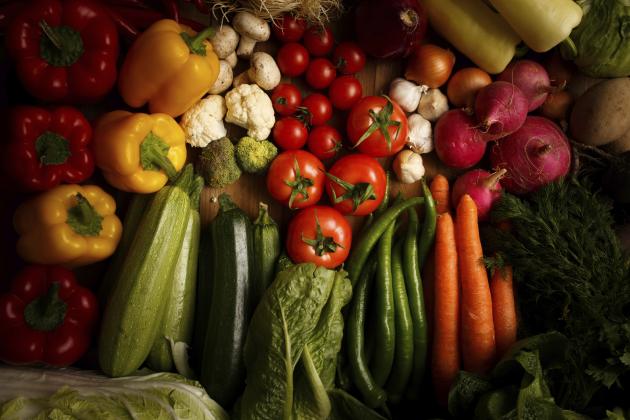 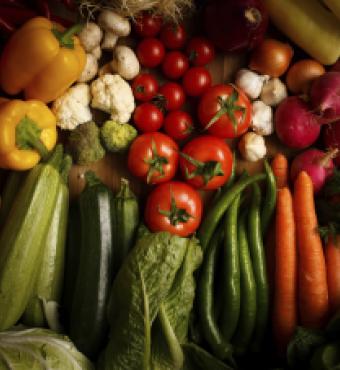 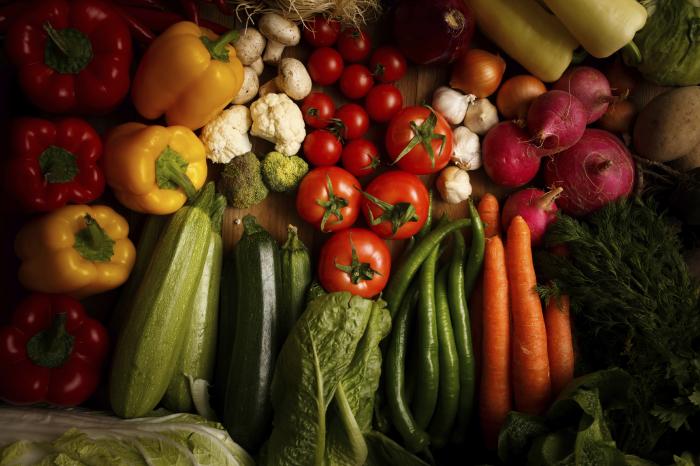 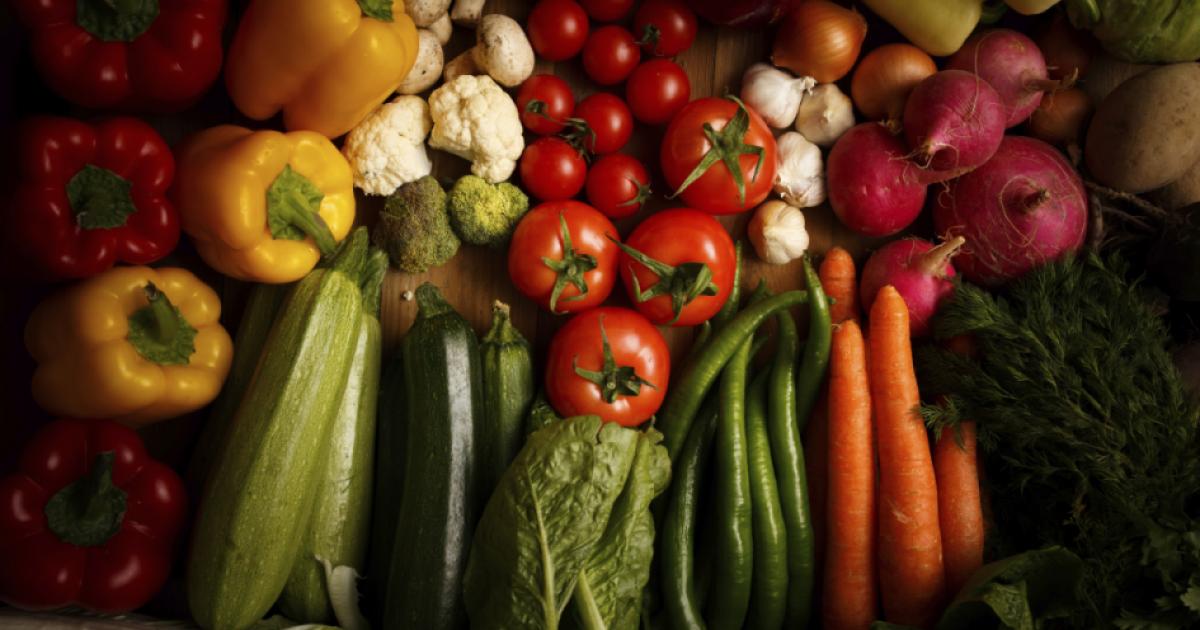 Adam Smith, the eighteenth century economist and philosopher, offered insights into human nature and economics that seem particularly relevant today. “People of the same trade seldom meet together, even for merriment and diversion, but the conversation ends in a conspiracy against the public, or in some contrivance to raise prices,” he wrote in The Wealth of Nations.

We’re seeing evidence of that in the current effort to discredit and diminish genetically engineered foods and to attack their defenders in the scientific community. The chief perpetrators of this black marketing campaign are lobbyists for the organic agriculture and “natural products” industries and their enablers.

Those industries have deep pockets. In 2016, Jay Byrne, president and CEO of the marketing agency v-Fluence Interactive, examined the IRS filings, annual reports, and other financial sources of companies, trade organizations, and NGOs involved in the effort to discredit modern agriculture. Based on that information, he estimated that in 2011 the groups tracked by his company spent $2.5 billion campaigning against genetic engineering in North America alone. Globally, advocacy groups targeting agriculture probably spent over $10 billion – attacking other sectors as well, including vaccines, pesticides, herbicides and other chemicals.

These expenditures go to a variety of activities, including lobbying, the commissioning and writing of op-eds, and other active efforts to disparage and disadvantage their competition and science communicators in academic institutions. For example, one of the most aggressive campaigns by the anti-genetic engineering groups has been the promotion of government-imposed mandatory labeling of foods that contain ingredients from genetically engineered plants. That raises the costs of those foods because of the need for sequestration through the food-production chain from farm to fork and increased liability when errors in labeling occur.

The statements of activists reveal their true reason for pushing labeling. Andrew Kimbrell, the director of the Center for Food Safety, a pro-organic group, said, “We are going to force them to label this food. If we have it labeled, then we can organize people not to buy it.” Ronnie Cummins, Director of the Organic Consumers Association, spelled out the industry’s agenda: “The burning question for us all then becomes how—and how quickly—can we move healthy, organic products from a 4.2% market niche, to the dominant force in American food and farming? The first step is to change our labeling laws.”

Another example of the falsity of their lobbying occurred in California in the lead up to a referendum about requiring the labeling of foods containing genetically engineered ingredients. Via articles, videos, blogs and campaign literature, the pro-labeling campaigners depicted the initiative as the brainchild of small-town grandmother Pamm Larry who “woke up one morning” during the summer of 2011 with the idea for the ballot initiative and transformed it into reality ten months later through the hard work of a “decentralized movement of citizens.” Larry later admitted to the Huffington Post that professional lobbyists such as the Organic Consumers Association had been “there from the beginning” to help her wage a campaign against genetically engineered foods.

Funding from the organic and natural products industries enables activists to foment spurious health, safety, and environmental fears about the agricultural products and production techniques used to grow non-organic foods, especially those made with modern molecular genetic engineering techniques. What’s ironic is that though the organic lobby positions its industry as a green alternative to conventional agriculture, it’s actually more harmful to the environment.

A prevalent “green myth” about organic agriculture is that it does not employ pesticides. Organic farming does, in fact, use insecticides and fungicides to prevent predation of its crops. More than 20 chemicals are commonly used in the growing and processing of organic crops and are acceptable under the U.S. Department of Agriculture’s arbitrary and ever-shifting organic rules. Many of those organic pesticides are more toxic than the synthetic ones used in ordinary farming.

But the fatal flaw of organic agriculture is the low yields that cause it to be wasteful of water and farmland. Plant pathologist Steven Savage of the CropLife Foundation analyzed the data from the USDA’s 2014 Organic Survey, which reported various measures of productivity from most of the certified organic farms in the nation, and compared them to those at conventional farms. His findings were extraordinary. In 59 of the 68 crops surveyed, there was a yield gap, which means that, controlling for other variables, organic farms were producing less than conventional farms. Many of those shortfalls were large: for strawberries, organic farms produced 61 percent less than conventional farms; for tangerines, 58 percent less; for cotton, 45 percent less; and for rice, 39 percent less.

As Savage observed: “To have raised all U.S. crops as organic in 2014 would have required farming of 109 million more acres of land. That is an area equivalent to all the parkland and wildland areas in the lower 48 states, or 1.8 times as much as all the urban land in the nation.”

Perhaps the most illogical and least sustainable aspect of organic farming in the long term will turn be the absolute exclusion of “genetically engineered” plants that were modified with the most precise and predictable modern molecular techniques. Except for wild berries and wild mushrooms, virtually all the fruits, vegetables, and grains in our diet have been genetically improved by one technique or another—often as a result of seeds having been irradiated or via “wide crosses,” which move genes from one species or genus to another in ways that do not occur in nature. (These more-primitive techniques of genetic modification are acceptable in organic agriculture.)

In recent decades, we have seen genetic engineering advances such as plants that are disease-, pest-, drought-, and flood-resistant. The result has been higher yields for farmers and lower costs for consumers. As genetic engineering’s successes continue to emerge, the gap between the methods of modern, high-tech agriculture and organic agriculture will become a chasm, and organic will be increasingly unable to compete.

Unfortunately, this message is not reaching consumers because the organic and natural foods industries have powerful allies in the media. Viewers of the Dr. Oz television show, for example, have been repeatedly warned by “friends of the show” Jeffrey Smith and Stonyfield Organic CEO Gary Hirshberg that genetically engineered crops are inadequately tested and are responsible for adverse health effects. And in its news articles, columns and op-eds, the New York Times has waged a decades-long campaign of mendacious opposition to genetic engineering. For example, neither long-time food columnist Mark Bittman nor “investigative reporter” Danny Hakim have done their homework when writing about genetic engineering.

In one of his many articles about the supposed failures of genetic engineering and the glories of organic agriculture, Bittman asserted that big agribusiness companies using the new techniques “have not been successful in moving sustainable agriculture forward (which is relevant because that was their claim).”

The evidence argues otherwise. By improving weed control and reducing the need for plowing, genetically engineered herbicide-tolerant crops enable many farmers to adopt and maintain no- or reduced-tillage production systems, which results in important reductions in greenhouse gas emissions. According to a comprehensive analysis by British economists Graham Brookes and Peter Barfoot, “Based on savings arising from the rapid adoption of no-till/reduced tillage farming systems in North and South America, an extra 6,706 million kg of soil carbon is estimated to have been sequestered in 2012 (equivalent to 24,613 million tonnes of carbon dioxide that has not been released into the global atmosphere).”

A 2016 article by Hakim claimed that “genetic modification in the United States and Canada has not accelerated increases in crop yields or led to an overall reduction in the use of chemical pesticides.” He’s wrong on both counts. As economist Graham Brookes wrote, Hakim makes “spurious comparisons that will mislead readers.” He fails to understand, Brookes continued, that “there are numerous factors that affect yield such as weather, soil quality, husbandry practices, use of inputs such as fertilizers, pesticides and seeds, knowledge and skills of farmers, price of inputs, effectiveness of existing technology to control pests, diseases and weeds, etc.” More fundamentally, however, Hakim begged the question about the goal of molecular genetic engineering: The purpose of the genetic modification of most of those crop plants was not, in fact, higher yields; it was greater efficiency and lower cost of farming inputs. He appeared to be cherry-picking “facts” to get to a predetermined conclusion.

The federal government is, unfortunately, part of the problem. Via USDA programs that promote organic agriculture and promulgate arbitrary, unscientific standards dictated by the organic industry, it is an active collaborator in providing misinformation to unsuspecting consumers. As the USDA says on its website, “Many USDA agencies serve the growing organic sector. Whether you're already certified organic, considering transitioning all or part of your operation, or working with organic producers, we have resources for you.” Lots of resources: $160 million annually, at last count.

What’s remarkable is that the government’s involvement has been a hoax from the beginning, having nothing to do with agricultural sustainability, protection of the environment or food quality. When the organic seal was established in 1990, Secretary of Agriculture Dan Glickman emphasized the fundamental meaninglessness of the organic designation: “Let me be clear about one thing, the organic label is a marketing tool. It is not a statement about food safety. Nor is ‘organic’ a value judgment about nutrition or quality.” And the organic seal is a cynical marketing tool, because so many unsuspecting consumers are ripped off by the high prices of organic products, without palpable benefit.

Although opponents of modern genetic engineering love to portray themselves as underdogs in a David versus Goliath battle against big agribusiness, the reality is exactly the opposite. The organic and natural products special interests are spending billions of dollars a year in no-holds-barred advocacy and marketing activities to disparage modern farming methods and make fraudulent claims about the foods we eat—for no other purpose than to expand markets for their exorbitantly priced, often inferior, alternative offerings.

Henry I. Miller, a physician and molecular biologist, is the Robert Wesson Fellow in Scientific Philosophy and Public Policy at Stanford University’s Hoover Institution; he was the founding director of the FDA’s Office of Biotechnology.