Trump’s policies are far from perfect, but they don’t endanger the planet. 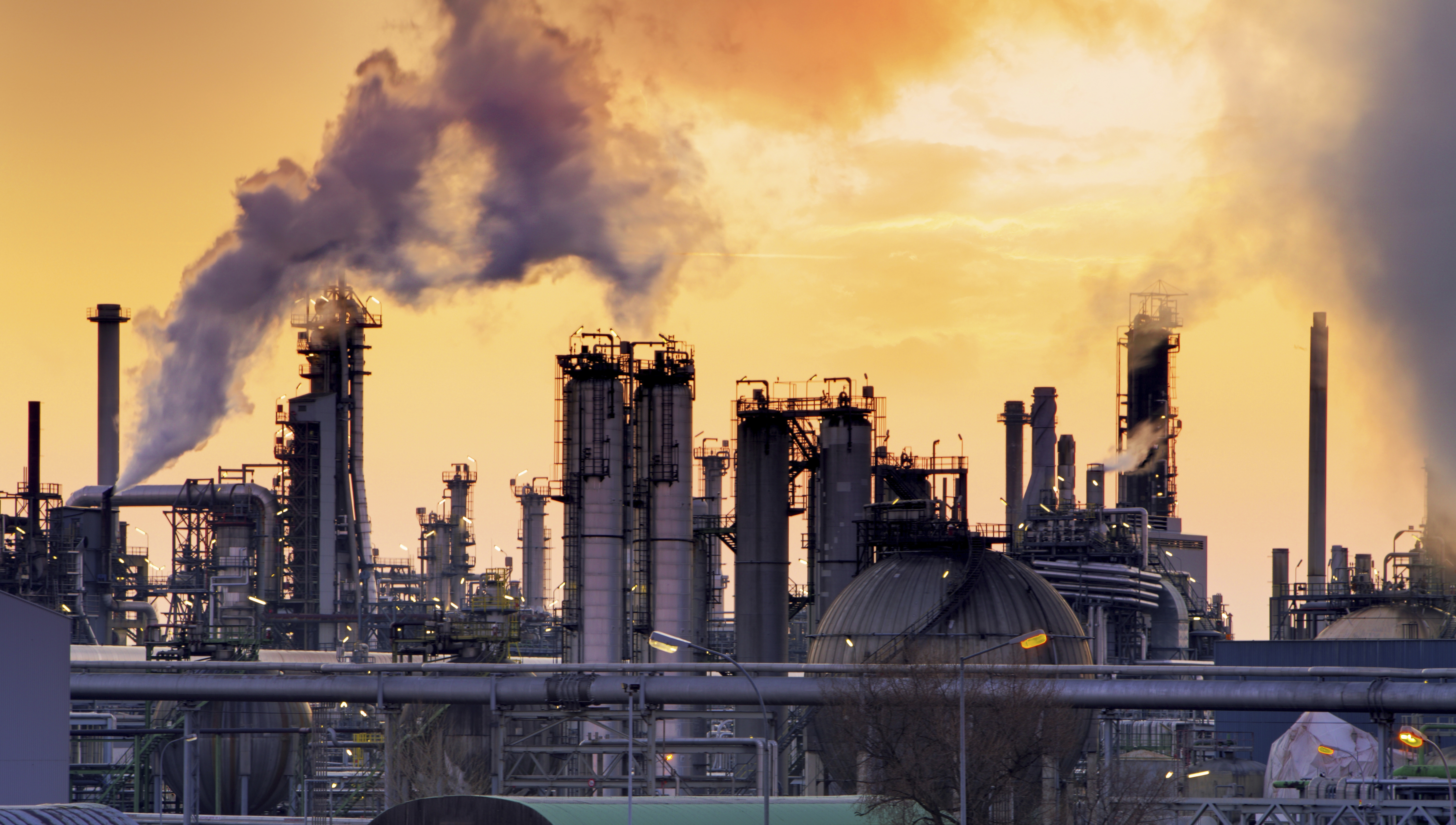 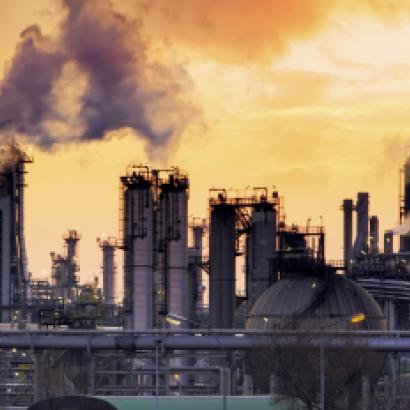 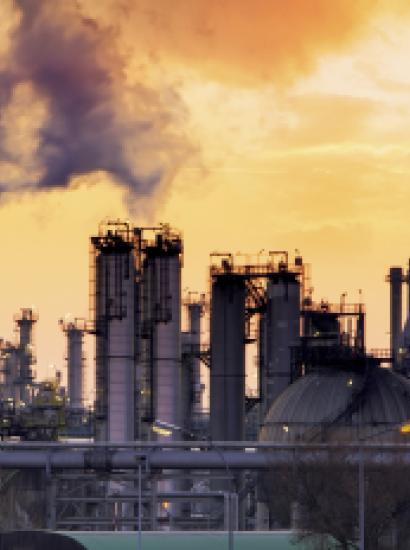 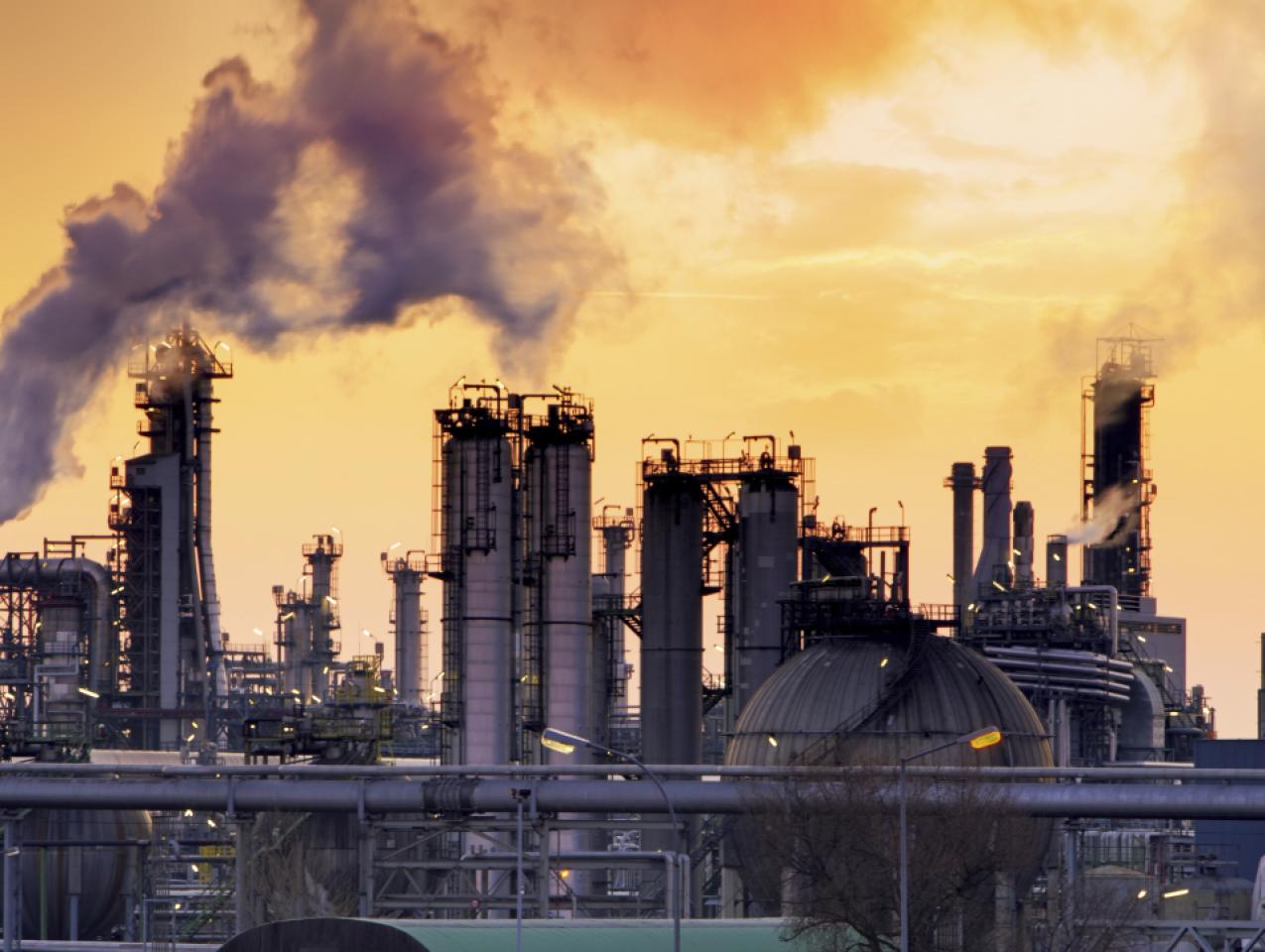 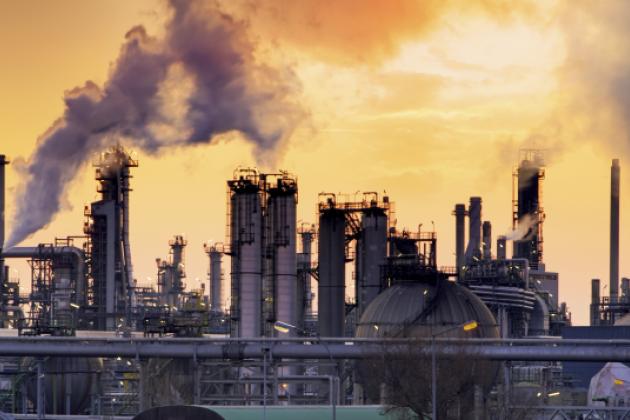 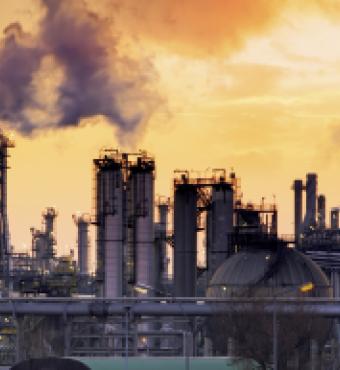 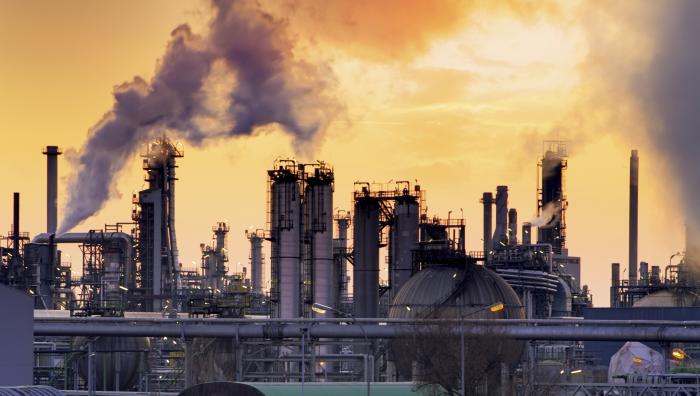 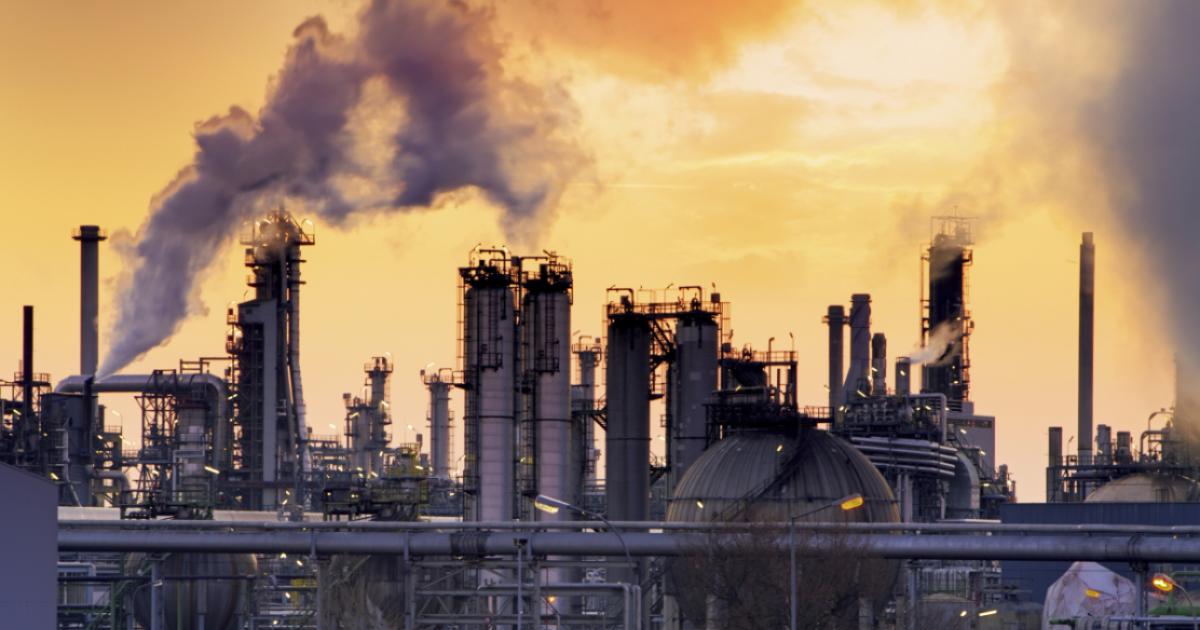 President Trump issued a long-anticipated Executive Order last week titled “Promoting Energy Independence and Economic Growth,” which undid most of the Obama energy agenda as it pertains to the regulation of coal, carbon dioxide, and methane gas.

Unfortunately, Trump tends to justify sound policies with bad reasoning—which, in this case, led him to announce, wrongly, that his executive order will ensure that “a lot of coal miners are going back to work.” The truth is, nothing will reverse the massive shutdown of high-sulfur coal plants in West Virginia, Ohio, and Pennsylvania, given the rise of fracking and advances in coal-mining technology. Yet the case for or against Trump’s radical shift in policy should not hinge on the fate of coal miners, for energy policy should focus on increasing output at lower cost, including the cost of pollution. If it takes fewer jobs to produce a given amount of energy, so much the better, as that labor will then be released for use in other useful human endeavors.

To read the President’s critics, these niceties don’t matter. They regard his policies as indefensible by any measure. With its usual hyperbole, the New York Times’ lead editorial several days ago announced that “President Trump Risks the Planet.“ But the evidence suggests otherwise. To begin, the Times notes that Trump wishes to soften the Corporate Average Fuel Economy Standards (CAFE). And well he should. There is absolutely no reason to impose external standards on the maximum feasible levels of energy for any given model year. Where energy costs are high, we should expect certain downsizing. Where they are low, then we should not. Imposing these CAFE standards on a “fleet” makes it difficult for certain firms to specialize in the production of expensive and heavy cars, and forces all sorts of internal cross-subsidies, where light vehicles, which pose greater safety risks, are made at a loss so that heavier ones can be marketed at a profit. The correct measure in all cases is to tax road wear and pollution accurately for each vehicle, and to put this costly adventure into industrial policy into the dustbin of history.

The Times then continues to lament that the new Trump regulations will allow hundreds of current coal plants to stay open and new ones to be constructed. But again, the source of the current difficulty is the EPA’s permitting policy, which gives an unwarranted preference to existing dirty plants over newer cleaner ones. The simple truth is that coal today is, behind petroleum, the second largest source of energy world wide—and huge subsidies for wind and solar, both erratic power sources, will not displace it from that perch anytime soon. At this point, the critical task is to hasten the transition from dirty to clean coal production, which is best done by a tax and permitting scheme that does not discriminate against “new” energy sources as the current EPA rules do. In addition, everything possible should be done to ensure that other countries, from Germany to India, substitute clean for dirty coal, by facilitating the sale of clean American coal overseas.

In many ways, the oddest portion of the Times’ position is its view that unless we take dramatic collective action, American companies will be at a competitive disadvantage with foreign ones because of the want of innovation in the energy space. But there is nothing in the Trump order that will slow the pace of innovation. It is striking that the Times editorial nowhere mentions fracking, even though that is where the greatest levels of innovation have taken place over the last decade. It is undisputable that the production levels of oil and gas continue to rise at rapid rates in the high production centers of Pennsylvania, Texas, Louisiana, Colorado, Wyoming, and North Dakota. These changes in output are not marginal. Rather, depending on technology and location, they have increased production between 30 percent and 50 percent, in a world in which higher efficiency spells lower levels of pollution. None of this activity receives substantial government subsidy, and all of it can be used to geopolitical advantage in dealing with both Russia and the Middle East. It is very difficult to get foreign nations to go along with sanctions that hurt themselves. It is far easier to get them to purchase low-priced American products, as that is in their interest.

The second major area of concern is, of course, climate change, where the Times—like so many publications—takes a decidedly alarmist stance relying on obsolete science. The Times thinks that there is “a rock-solid scientific consensus” that only swift action will prevent a host of undesirable consequences, from rising seas to devastating droughts to massive species extinction. Yet the science is not so solid as the Times seems to think that it is. The issue here is not whether an increase in carbon dioxide levels produces an increase in temperature. Everyone agrees that some increase is to be expected, but the debate is about the magnitude of the shift in temperature and its consequences. It is now well established that the standard climate models have “run hot” relative to the actual measurements, which have increased by only half of the predicted amount. It is also the case that much of the key data—that was generated in anticipation of the Paris agreement that the Obama administration orchestrated in December 2015—may well have been cooked in a rush to judgment that led to the publication of studies that did not meet the basic standards of scientific reliability. The point here is absolutely critical, because the challenged studies have all denied the existence of a pause in global warming over the past 15 years, which, if true, undercuts the claim that higher levels of carbon dioxide drives climate change. The skeptical position is backed by recent evidence collected by climate scientists Patrick Michaels and Paul Knappenberger that the level of sensitivity from the Intergovernmental Panel on Climate Change (IPCC) may be less than one-half the earlier estimates, which could account for why the standard models have run hot.

The best available evidence suggests there is little support for the common claim that the current levels of temperature change beget any of the dire consequences often mentioned. Increases in ocean levels have been small but steady over centuries, and the number of extreme weather events has gone down in recent years. Most importantly, strong evidence shows that increased plant growth is more sensitive to increases in carbon dioxide levels than temperature changes. Over the past 30 years, the earth has become about 11 percent greener, as higher carbon dioxide levels have improved the overall rate of plant growth both on land and in the sea, which hardly augurs the doomsday scenario that has been envisioned by defenders of the current climate orthodoxy.

This point has clear implications for future levels of human prosperity. Adding his voice to the din, Times columnist Thomas Friedman taunts Trump on the prospects for human survivability by asking how the earth will be able to handle an increase of one billion people, from 7.5 to 8.5 billion, by 2030, all of whom aspire to standards of living now enjoyed by most Americans. In making this objection, Friedman ignores the huge across-the-board rate of recent technological advance. The EPA reports that between 1990 and 2004, greenhouse gas emissions declined about 40 percent per unit of goods produced, reflecting both technological improvements and changes in product mix. At the same time, vast increases in food supplies coupled with major improvements in sanitation have done much to improve the social condition around the world, as has been exhaustively documented by journalist and lecturer Johan Norberg in his highly accessible book Progress. The best thing government can do to help these advances is to get out of the way of the innovators who endeavor to meet the demands of a growing population. One simple example is genetically modified organisms. There is a massive amount of government and public resistance to genetically modified foods in the United States, even though they offer safe ways to increase the food supply at lower cost, and with fewer demands on natural resources.

Nonetheless, letting the market solve our social problems does not appeal to the Trump critics. The Times laments that we have forfeited leadership in the fight against global warming to the Chinese. But China’s pollution levels from dirty coal are intolerable. Here is one instructive comparison Today, the American level of output per ton of carbon dioxide is about $2,291 while China’s is $435—more than a fivefold difference. Perhaps some of this is explained by differences in product mix, but the clear message is that the Chinese need to mend their ways immediately, for their own benefit and that of the rest of the world. And while China does so, our president should work harder to forcefully explain and promote his fairly sound policies on energy and the environment.