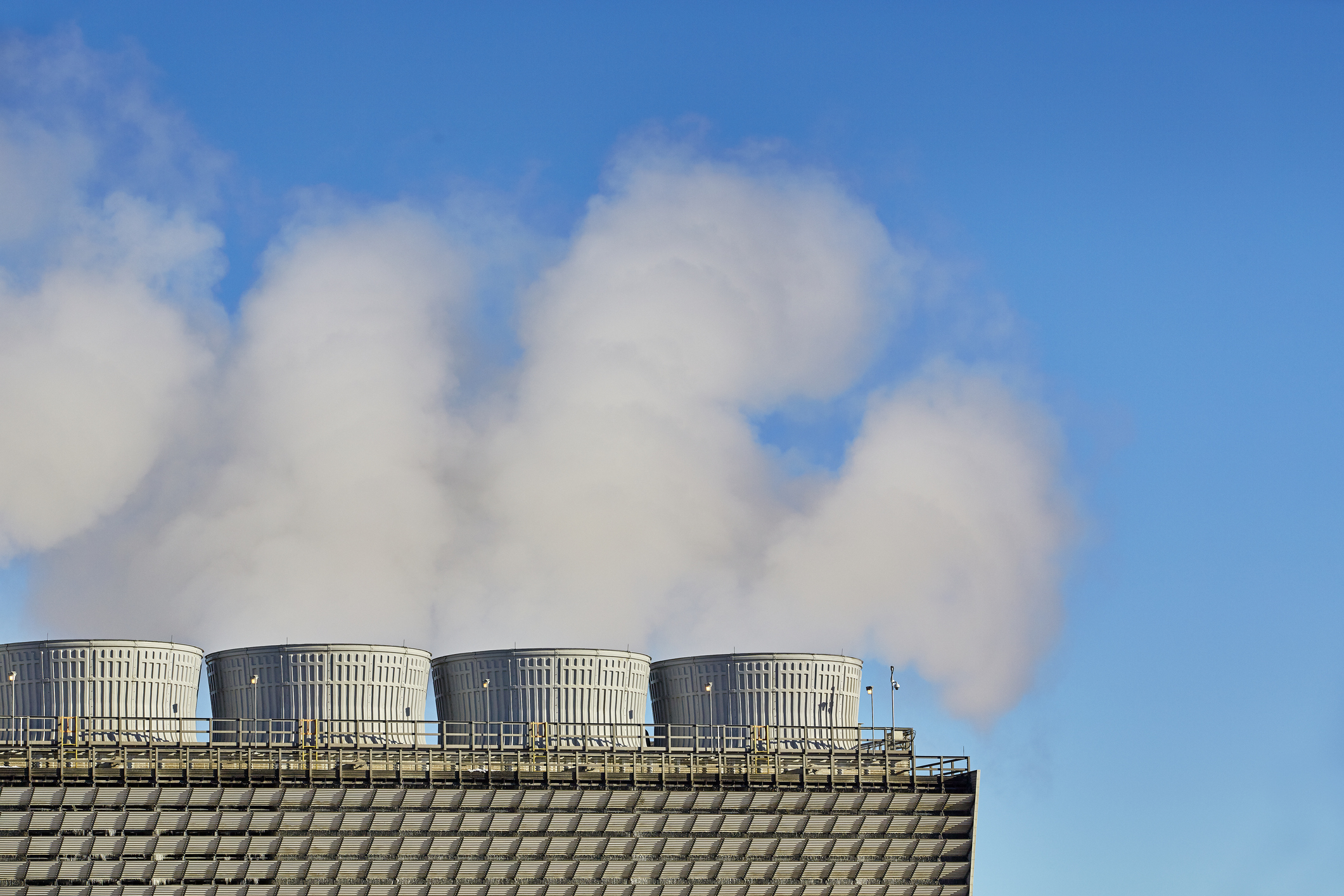 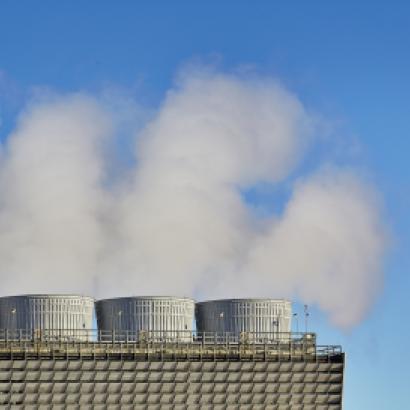 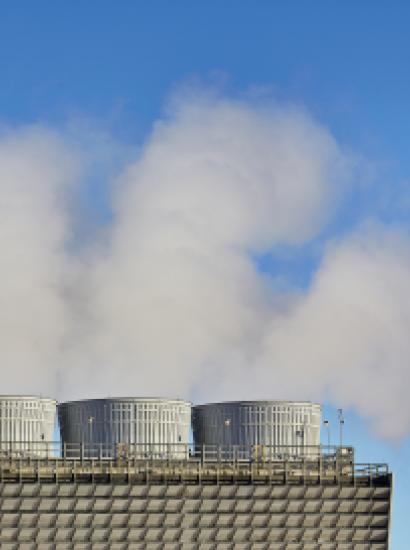 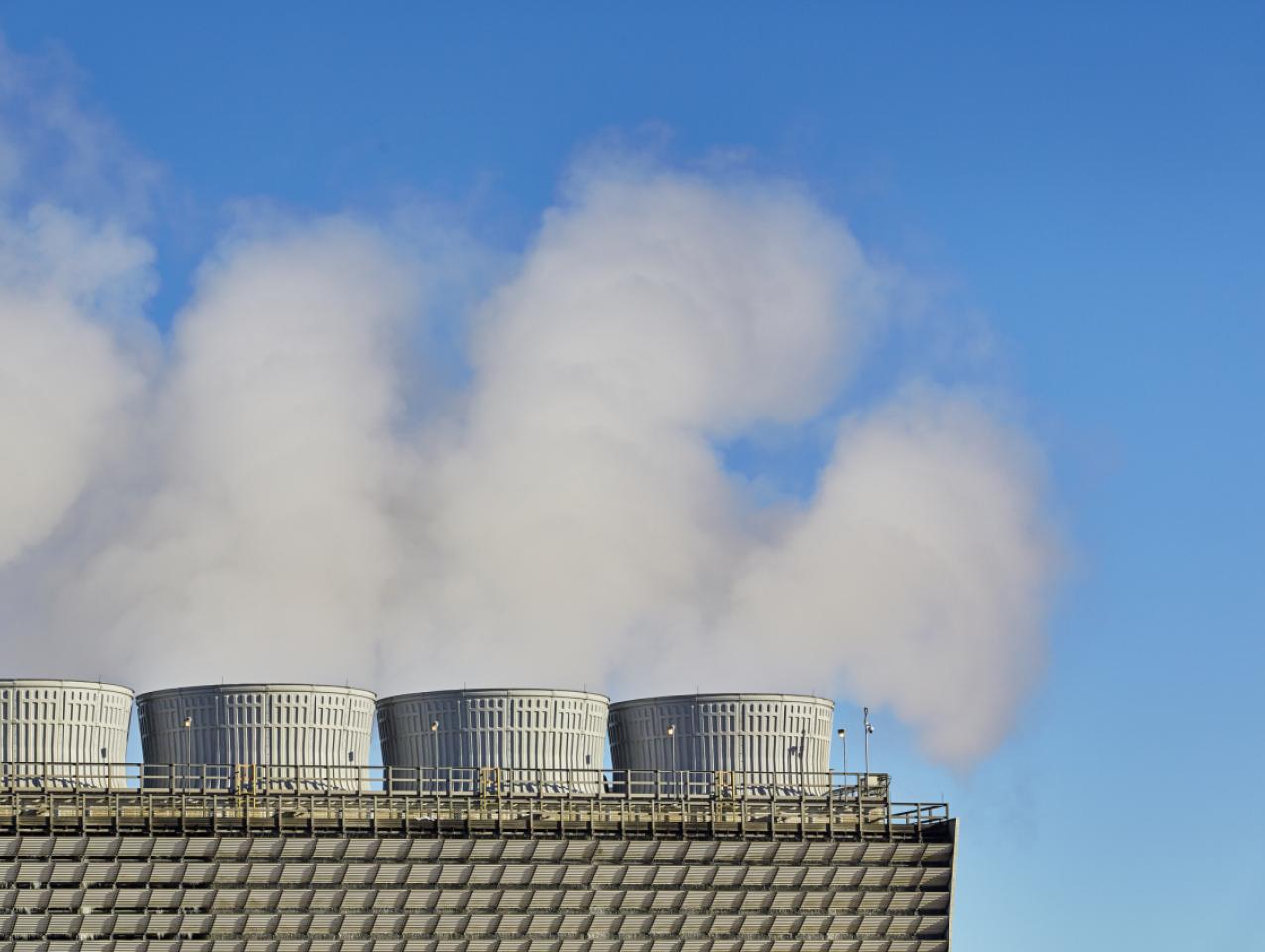 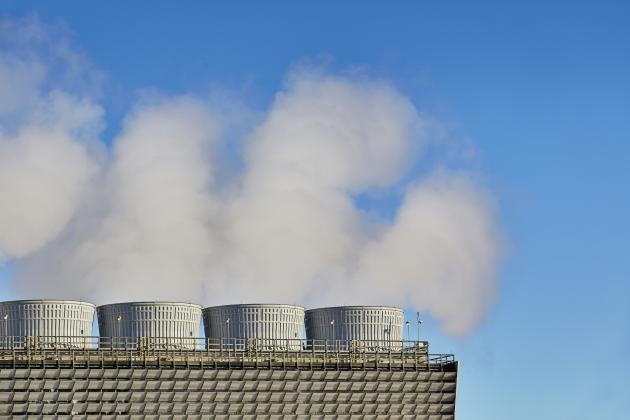 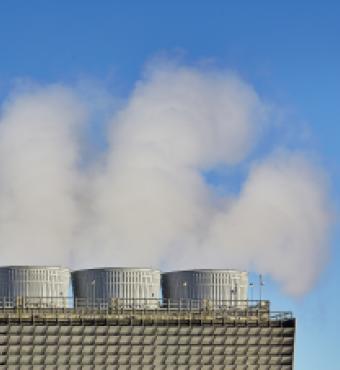 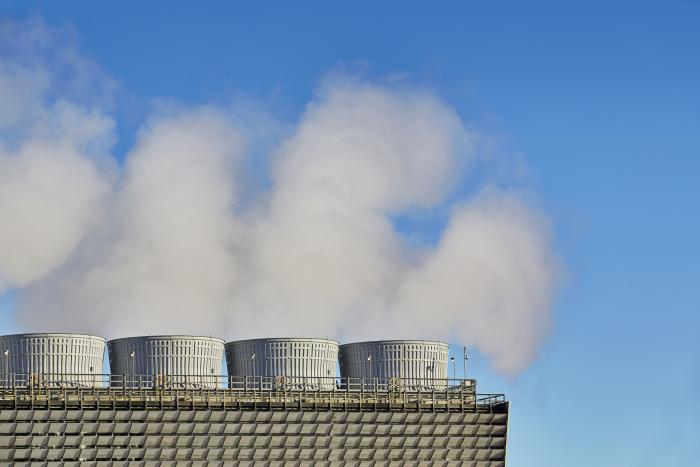 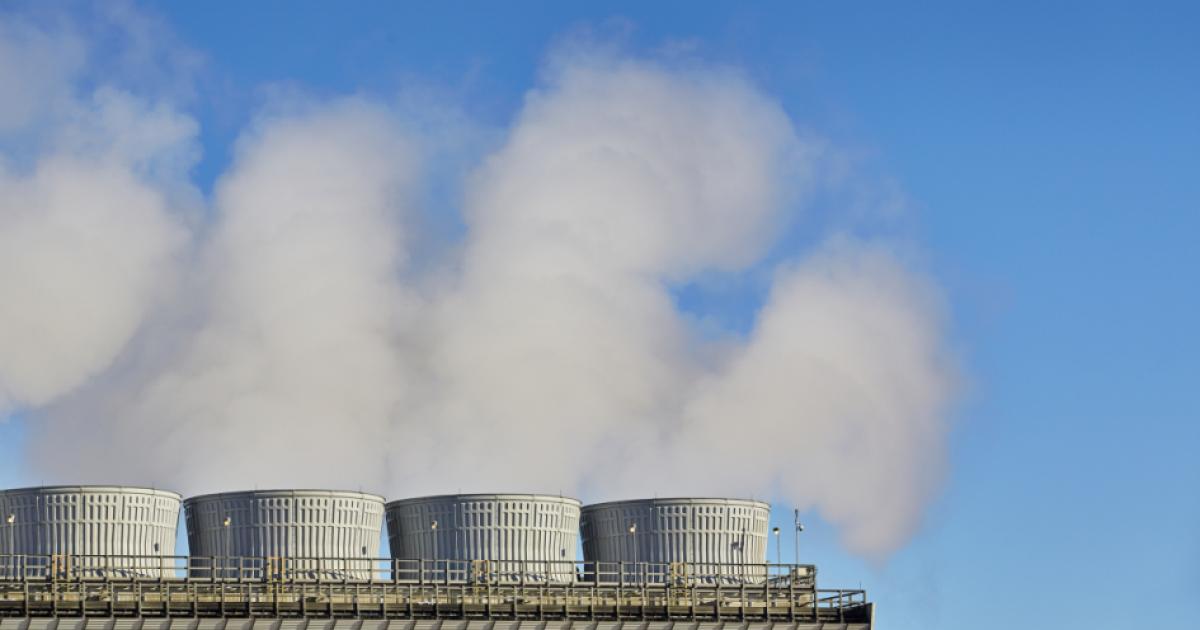 The United Nation’s Intergovernmental Panel on Climate Change issued a special report last week predicting apocalyptic environmental consequences if the nations of the world are unable to reduce the amount of warming to 1.5° C above pre-industrial levels in the next 12 years. The IPCC report insists that meeting this target requires “rapid and far-reaching” changes—all unspecified—in a wide range of areas including land, energy, industry, buildings, transportation, and cities. These changes, the report insists, must reduce carbon dioxide emissions to about 45 percent of 2010 levels by 2030 and to a neutral level of no new carbon dioxide emissions by 2050.

Much press coverage has embraced the report’s conclusions. The New Yorker stresses the dire warnings of the IPCC report. The Guardian speaks of the “urgent changes” needed to contain climate change underneath its headline picture of a raging California wildfire. Yet it is here that the story starts to unravel from both a scientific and economic perspective. The unstated narrative behind the picture is that temperature increases due to global warming will cause environmental catastrophes. But in the case of forest fires, this claim is simply untrue: in the United States, the number of forest fires has been down by about 86 percent since 1930, and the current year ranks as the 40th highest on record. To be sure, the risks of fire today remain great but for reasons that are unrelated climate change. Higher levels of CO2 make plants more drought resistant, which increases the amount of burnable material. What matters most, however, is not temperature change, but finding the proper techniques for forest management. Yet one weakness of the IPCC report is that in its discussion of forest fires, it does not mention alternate causes.

The same gap exists with respect to the frequency and severity of hurricanes. From all the recent publicity, one might think that they are rapidly on the rise. But the evidence cuts very much in the opposite direction. It is easy to find reports of major hurricanes that occurred before 1950, as with the record flooding in North Carolina in 1945. But anecdotes never tell the full story. Cato Institute scholars Patrick Michaels and Ryan Maue have demonstrated that hurricane frequency rises and falls in a cyclical manner: 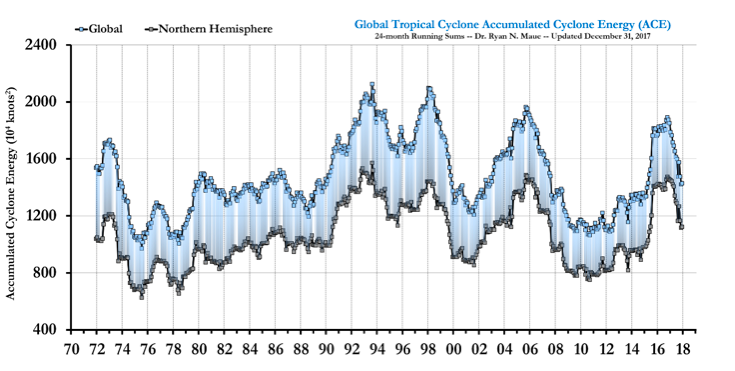 There are a number of clear inferences that can be drawn from just this data set. First, there has been a steady increase in overall levels of CO2 since at least 1950. But whatever its cause, that single variable cannot explain the cyclical pattern of hurricanes. Similar cyclical patterns have been observed in measuring the extent of Arctic ice since at least 1900, including changes during the last 12 years. The same is true of sea levels, which have risen consistently over thousands of years, but not at constant rates; the rates have fluctuated several times in the past 120 years, making it difficult to find a trend. No one is quite sure why there is variability, but the overall levels of sea rise are far lower than feared ranging somewhere between 5 and 8 inches per century. The great vice of the IPCC report is that it attributes all negative environmental phenomena to climate change. It does not acknowledge the data that presents a serious challenge to the dominant orthodoxy that increases in CO2 since the onset of industrialization are the cause of temperature change and the supposed global dislocations.

The larger scientific issue is to develop an expanded theory of climate change that incorporates variables other than carbon dioxide in the equation. Globally, these include the effects of water vapor, also a greenhouse gas, and of aerosols, which tend to lower temperatures.  Locally, these include recently discovered volcanic activity under the West Antarctic ice sheet, and the falling of land from the draining of aquifers. MIT climatologist Richard Lindzen recently discussed these issues in his lecture at the Global Warming Policy Foundation—“Global Warming for the Two Cultures”—which calls attention to the deep gap between scientific knowledge and popular culture. Lindzen put the role of CO2 emissions into proper perspective in order to negate the claim that changes in the level of CO2 can drive major climate changes. He pointed out that the total energy flows over the surface of the earth amount to about 200 watts per square meter. The key conclusion is: “Doubling CO2 involves a perturbation of 2% percent to this budget.” The obvious question is how that small change in an energy budget can drive the major changes to the earth’s climate that so many claim. Clearly, other factors have to be at work, including water vapor, whose effects are exceedingly difficult to model. Its distribution is uneven and uncertain over the surface of the earth, and it can take the form of different kinds of clouds with different absorption rates for heat. Water vapor both keeps radiation from the sun from coming in just as it prevents the leakage of radiation out from the system. The wide variation in temperature patterns, sea levels, and plant growth long before modern post-industrial history indicate that these forces are powerful.

At this point, CO2 seems to have a reduced role. But again, matters get more complicated. If the effect of CO2 on temperature is relatively weak, its effect on plant growth is powerful, given that CO2 and water are basic resources that plants require to live. Here the unambiguous effect is that the increase in CO2 has made plant life stronger, and has led to a major amount of global greening over the last 30 years. That increase in CO2 levels tends, moreover, to reduce temperature extremes by making land cooler in the day and warmer at night.

So why is there so much fear about the consequences of climate change? As reported by Marlo Lewis of the Competitive Enterprise Institute total fossil fuel consumption is up 55% since 1950. Total energy-related CO2 emissions is up 500 percent. Total CO2 concentration is up by about one-third. The total temperature increase during that time has been 0.65°C. But in the meantime, global life expectancy has increased from 48 years to 71.4 years. Global malaria infections are down about 37 percent, and global malaria deaths are down by 62 percent. Corn yields per acre are up 25 percent since 2000, 44 percent since 1990, and 88 percent since 1980. Global GDP is sharply up and global poverty is sharply down. And other numbers only reinforce the same trend: as Johan Norberg shows in his book Progress, all major indicators—life expectancy, income, health—are up.  As basic levels of technology continue to improve, we will have cheaper production of energy and its more efficient utilization.

Things seem pretty good, so why does the IPCC think that the future is bleak? And why does it think that major transformations are needed to deal with the risks of CO2 emissions? There is no reason to think that all nations can be coaxed into a single coherent central plan to manage emissions, assuming that one even exists. At the very least, China, now the largest emitter of CO2 and India, the third largest, will both sit this one out. Yet at the same time, the United States, which has rightly ditched the Paris Accord, posted in 2017 the largest reduction in CO2 emissions of any nation by relying increasingly on natural gas as a source of energy, even as overall global CO2 levels have moved upward. As Bjorn Lomborg, the head of the Copenhagen Consensus Center, has written, it is not easy to introduce wholesale changes into any economy, and the IPCC presents no evidence that the enormous cuts in fossil fuel consumption it requires to reach its targets can realistically be made.

The first and most simple point is that fossil fuels are here to stay because over the long-haul they are more efficient than either wind or solar energy, especially now that improvements through fracking have reduced the costs of fossil fuel extraction while other improvements in technology have increased the amount of energy extracted per unit of fossil fuels. Even with massive subsidies, the efforts to produce major shifts to wind and solar have proved prohibitively expensive, given their intrinsic unreliability when the wind does not blow and the sun does not shine, and the persistent difficulty of storing such energy in a cost-effective manner. Pull out the subsidies, and these markets may survive in certain niche locations, but they will not displace fossil fuels. The far better path, therefore, is to concentrate on improving yields and reducing externalities from our best energy sources, instead of overlooking the serious externalities that wind and solar themselves can create. The simple path of steady and predictable technological improvement promises far greater returns than the measures suggested by the IPCC report.