The Perils Of Executive Power

Unilateral actions by Treasury and Justice threaten our constitutional system of checks and balances. 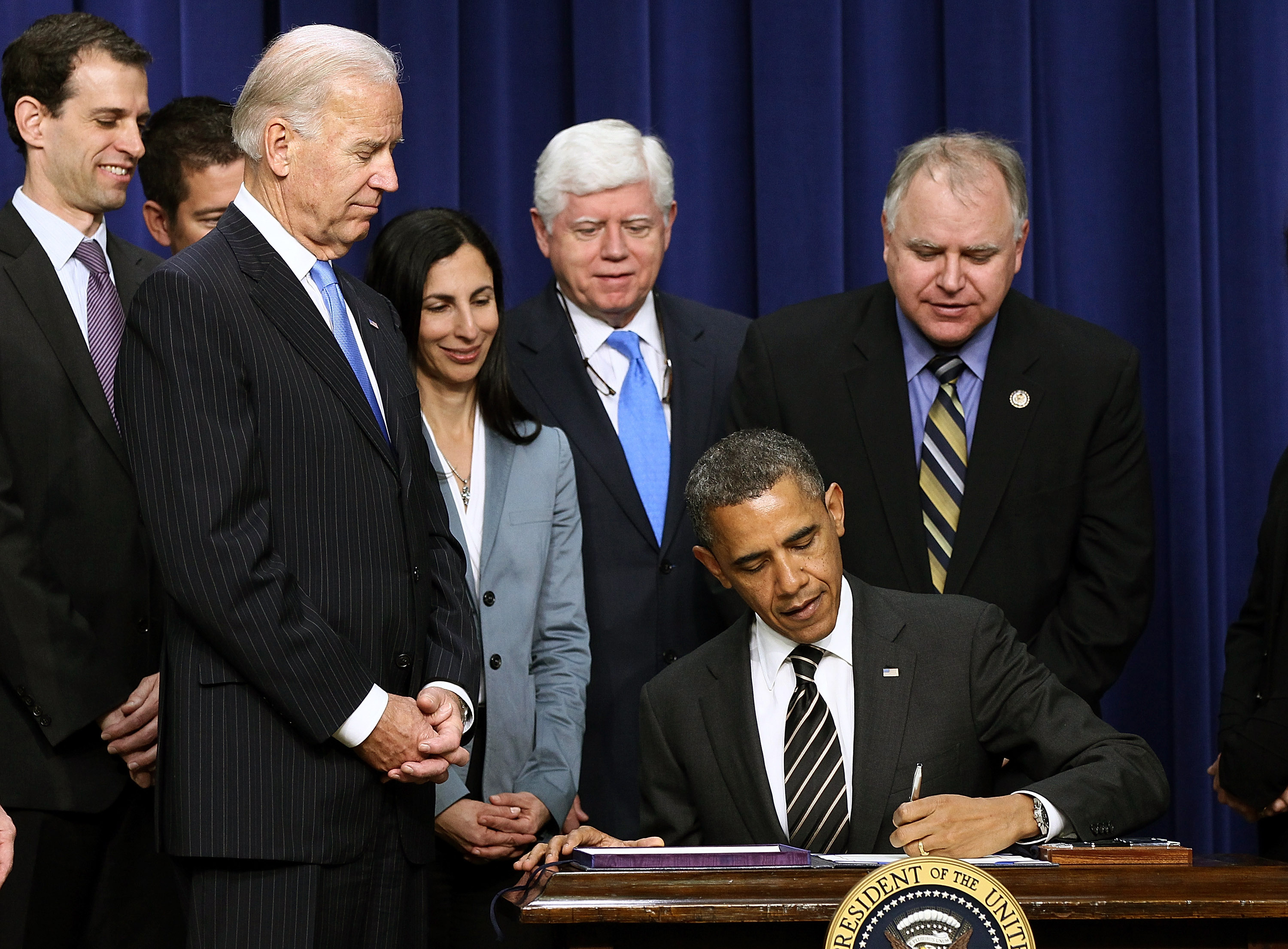 The Perils Of Executive Power 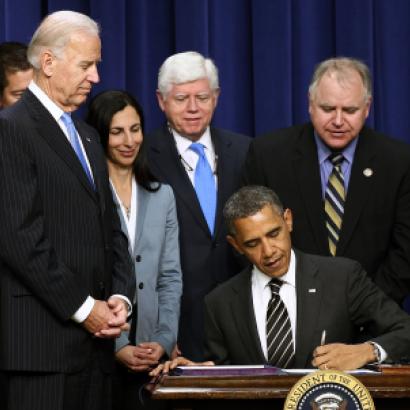 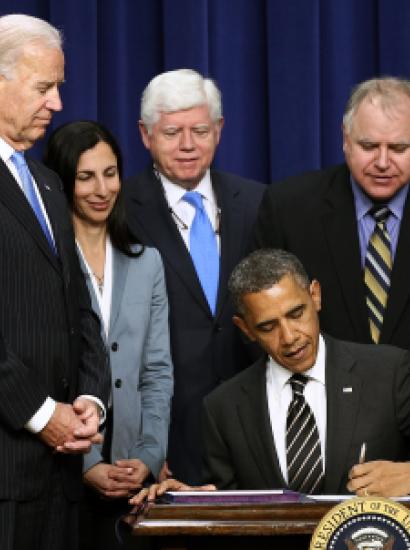 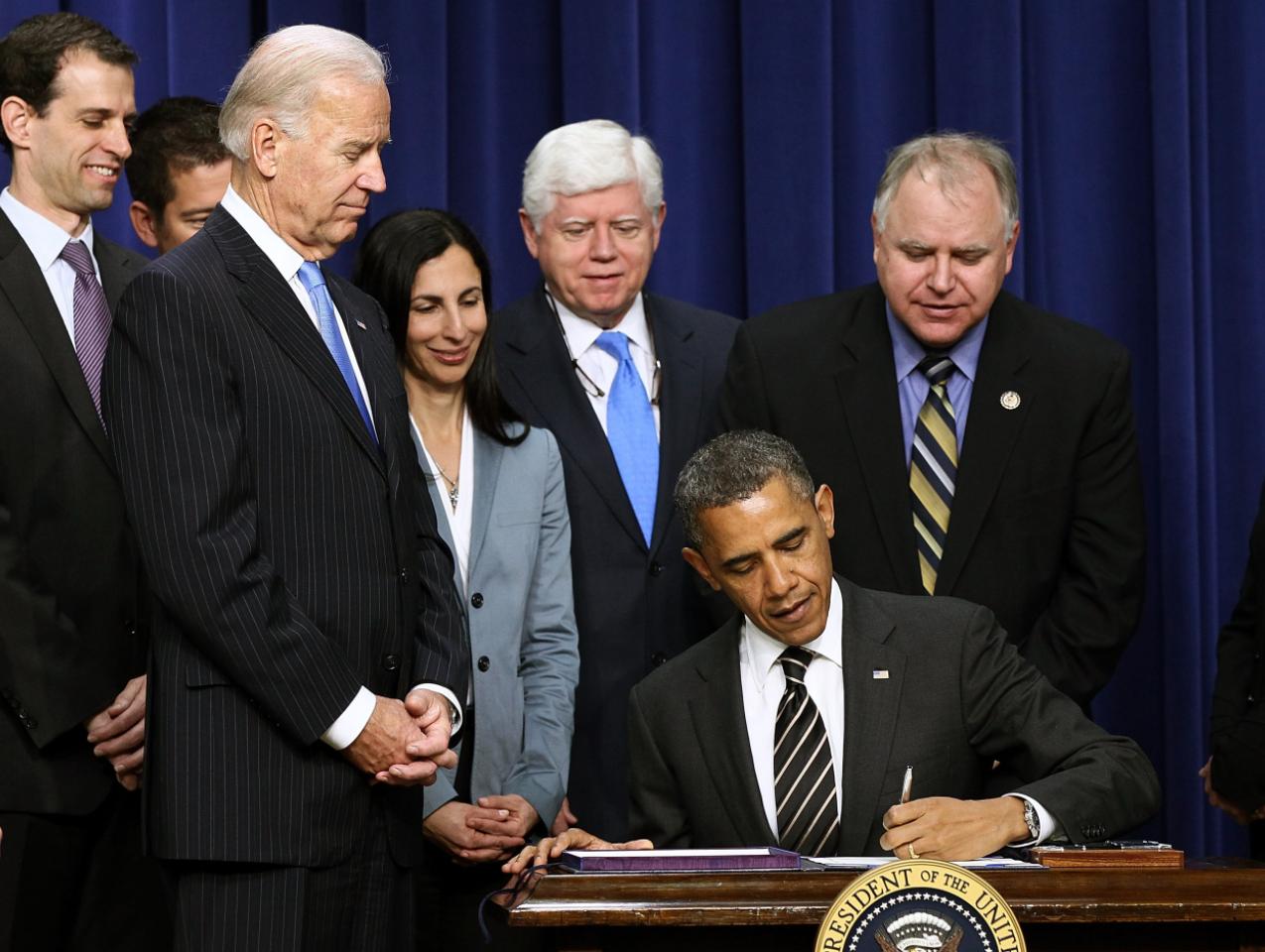 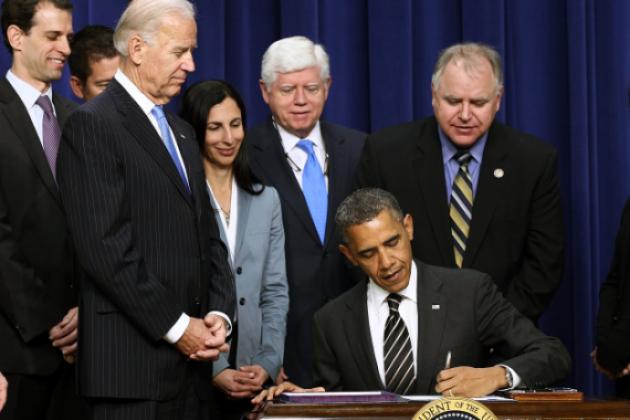 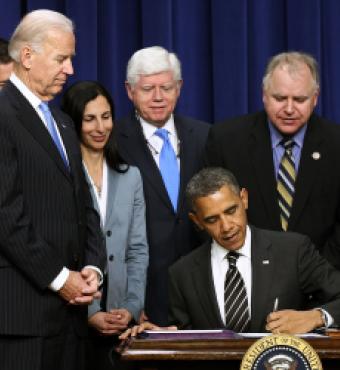 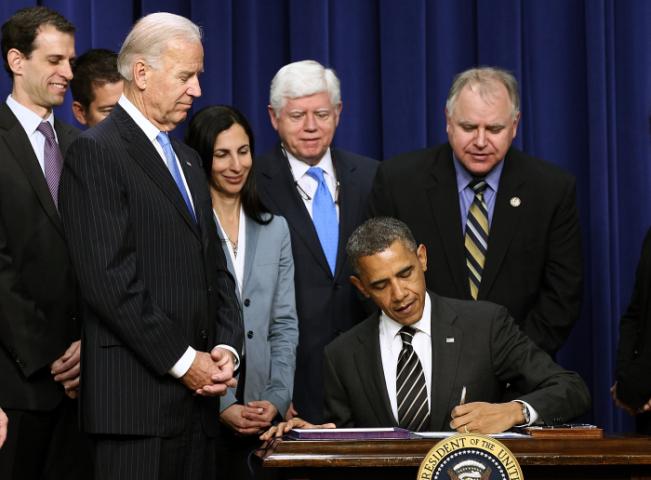 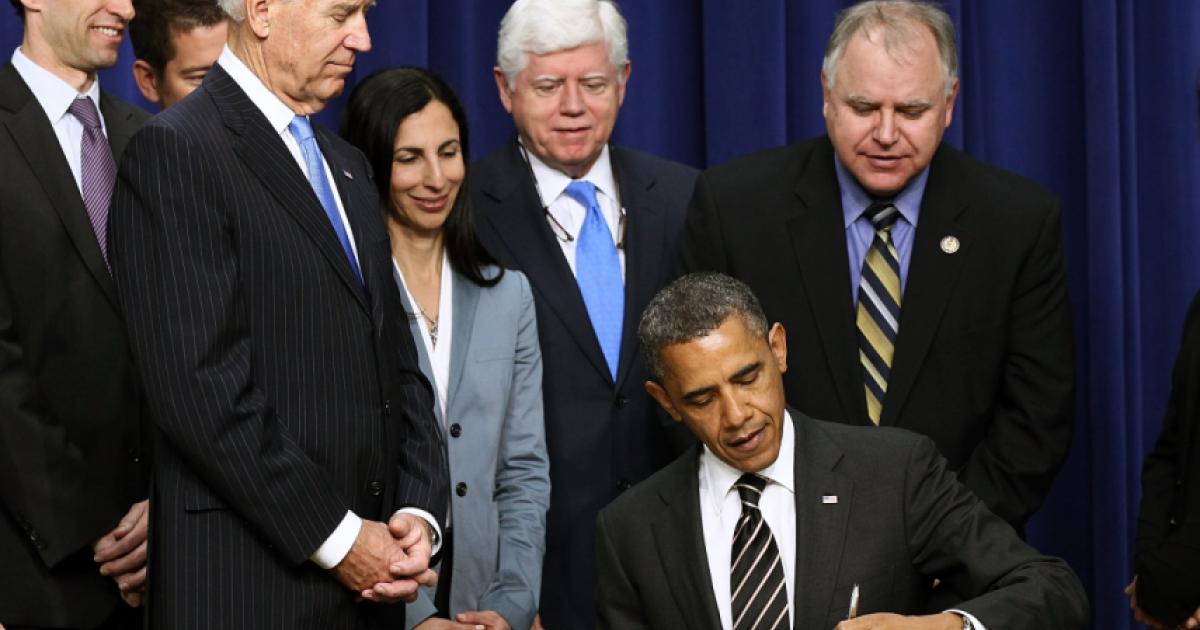 One of the most disturbing trends in the United States is the relentless concentration of power in the federal government. Ever since the New Deal, the classical liberal vision of limited government and strong property rights has taken a back seat to a progressive vision of a robust administrative state, dominated by supposed experts, whose powers are largely unimpeded by legal constraints. Wholly apart from Congress, the new administrative state has adopted and enforced its own laws and regulations, and is defined by unilateral actions by the President and other members of the executive branch, all of which threaten the system of checks and balances built into the original constitutional design.

By way of example, President Obama has issued a number of executive orders and initiatives, such as the Deferred Action for Parents of Americans plan, which constitutes an abuse of executive action, an issue now before the Supreme Court in United States v. Texas. But abuses of executive power are not confined to the President. Recently, in House of Representatives v. Burwell, Congress challenged the decision of Sylvia Burwell, Secretary of Health and Human Services, to reimburse insurance companies any losses that they sustained under Section 1402 of the Affordable Care Act after they waived deductibles and co-pays, as well as provided other benefits to individuals as an inducement to get them to enroll in health care plans covered by the ACA. The ACA scheme gave general authorization to create this subsidy program, but subsequent to the passage of the ACA, Congress had not authorized the particular payments under this program.

The case itself was argued in two stages. In the initial suit, decided in September 2015, Judge Rosemary Collyer held that the House of Representatives had standing to challenge the expenditures. In May, her second decision on the merits held that the billions of dollars in payments from the Treasury were in fact unconstitutional because they were not authorized by statute. Judge Collyer justified that result by providing an elementary primer on key provisions of the Constitution. She reminded her readers that Article I vests all legislative power in Congress, and none in the executive branch. It thus falls only on Congress to appropriate funds to specific government purposes: “No money shall be drawn from the Treasury, but in Consequence of Appropriations made by Law.” Hence, neither the President nor any of his department heads can make such appropriations absent Congressional authorization.

Judge Collyer’s point has such a syllogistic inevitability that it is hard to envision any coherent government rebuttal. To be sure, Secretary Burwell claimed that a different provision of the ACA, section 1401, gave an implied authorization for these expenditures under section 1402. But as Judge Collyer noted with evident exasperation, Section 1401 draws on a permanent fund authorized by Congress to make refunds to individuals who enroll in ACA programs. Only in science fiction does this magically transform into authorizing payments to insurance companies under a different part of the ACA. This decision on the merits is sound, even if, as is always possible, a higher court argues that the House of Representatives cannot sue—which would be a constitutional travesty, given that no other party is in a position to attack this illegal encroachment of the executive’s power into Congressional terrain.

The manifest abuse of executive power is also evident in the litigation strategies of the Obama Department of Justice in its suits against five of the major banks: Bank of America, Citigroup, Goldman Sachs, JP Morgan Chase, and Morgan Stanley. The DOJ alleged bank misconduct in dealings with residential mortgage-backed securities (RMBS) in the secondary market. None of the asserted violations of law involved the origination of new mortgages to individual borrowers in the primary market, so it is not possible to claim that these payments were made to provide a form of restitution to the parties who had been hurt by the misconduct of the banks. Nonetheless, in settling these disputes for billions of dollars, the DOJ made an offer that the banks found it impossible to refuse. The banks were told that, for every dollar they “donated” to activist groups like La Raza and NeighborWorks (a group chartered by Congress), they would receive a two-dollar credit against their “overall financial relief commitment.” In essence, the DOJ’s swap sent money that should have been paid into the Treasury instead to the DOJ’s designated organizations, which were on a preapproved list prepared by the Department of Housing and Urban Development, all without Congressional consultation or appropriation.

Since 1849, the Miscellaneous Receipts Act has forbidden any agent of the United States who obtains custody or possession of government funds to lend, use, deposit, or exchange those funds with any other person. The exhaustive history of the provision demonstrates that the explicit purpose of the MRA is to safeguard Congress’s exclusive control over appropriations against the executive branch, which is constantly aiming to wrench control over this vital process. Clearly, in the bank cases, the DOJ seeks to evade the MRA by redirecting funds before putting them into the Treasury, without receiving Congressional approval. Its shifty claim is that the MRA does not apply to this case because the moneys in question never fell into the government’s possession and custody.

In November 2014, Representatives Bob Goodlatte and Jeb Hensarling, chairmen of the Judiciary and Financial Services Committee respectively, wrote to Attorney General Eric Holder asking him to explain who in the White House and elsewhere in the executive branch had a hand in structuring these settlements. The response of Assistant Attorney General Peter J. Kadzik sidestepped the problem by claiming the settlements were beyond reproach, as the banks negotiated the deal in good faith and with representation from competent counsel. In response to his letter, a House Committee held a hearing, at which Paul J. Larkin of the Heritage Foundation gave a detailed account of the millions of dollars in funds “donated" to left-wing political outfits—such as La Raza and the National Community Reinvestment Coalition—to provide legal and other assistance to mortgage borrowers.

The Goodlatte-Hensarling letter claimed that the total level of contributions from the banks was set at a minimum of $150 million, which is consistent with the sums quoted in the Kadzik response. At the same time, I submitted a letter pointing out that the banks had no interest adverse to that of the DOJ. Indeed, their lawyers would be duty-bound to instruct their clients to accept any offer from the DOJ that minimized their overall financial exposure. But what is needed for these deals to work is not bank approval, but Congressional authorization.

In a subsequent House Committee meeting held just this past week, David Min, an assistant professor at University of California Irvine, offered testimony to show that the MRA did not prohibit these bank settlements. The gist of his testimony was that the DOJ could lawfully enter into these settlements “prior to an admission of liability,” so long as the government did not retain “post-settlement control over these funds.” Unfortunately, these two conditions are utterly useless, because the government always has it within its power to exact its condition early on in the settlement process, as the DOJ knows that all such contributions must be chosen from a list of entities preapproved by the Department of Housing and Urban Development. The entire process lets the DOJ tightly orchestrate the transfer of federal moneys to private parties.

To be sure, the DOJ must have broad power to settle particular lawsuits on their merits. But the power to settle is by no stretch of the imagination unlimited. The option to settle is necessary to maximize the DOJ position, given the hazards of litigation, but the DOJ can’t parlay this option into the power to make unauthorized gifts, even to groups like NeighborWorks that operate under a Congressional charter. Indeed, it is widely recognized that when the DOJ consciously settles a claim for sums known to be below its fair value, it has engaged in an illicit transfer to its opposing party in litigation. The situation is far worse in the bank settlement cases. Given that all the money is diverted to third parties, the government giveaway is explicit.

This wholesale diversion of funds through settlement is a knock-down violation of the MRA and a serious illustration of executive branch overreach. The widespread use of these settlements creates an open door for the executive branch to circumvent structural limits found in the Constitution. In so doing, it creates the real specter that various interest groups will lobby the DOJ to initiate litigation from which they could hope to receive collateral gain through settlement.

These examples of executive overreach are ominous. The government’s power to litigate, like its power to tax, is essential to any civilized society that needs to raise revenues and maintain order. But just as the power to tax can be the power to destroy, so too can the power to litigate. At the very least, settlements like the ones proposed in the bank cases should be subject to judicial review, where they would be subject to a higher level of scrutiny, per Judge Collyer in the ACA litigation. More to the point, in these cases, the moneys received were illegally paid out. It is wholly appropriate for fresh eyes in the government to insist on their return, given that the illegality of the transfers was apparent on the face of the record. This will not happen during the Obama administration—but perhaps a new administration will respect the system of checks and balances that our founders enshrined in the Constitution.