Will a new wave of Islamist violence threaten China’s national interests over the coming decades? Good planning does not dismiss worst-case scenarios as unlikely; it asks, instead, how such a scenario might come to pass, thereby illuminating ways to avoid it. A combination of environmental stress and China’s deepening footprint abroad might well produce Islamist terrorism directed at Chinese across the world and at home. Avoiding this requires a strengthened commitment to environmental protection and to policies that mitigate Muslim discontent. 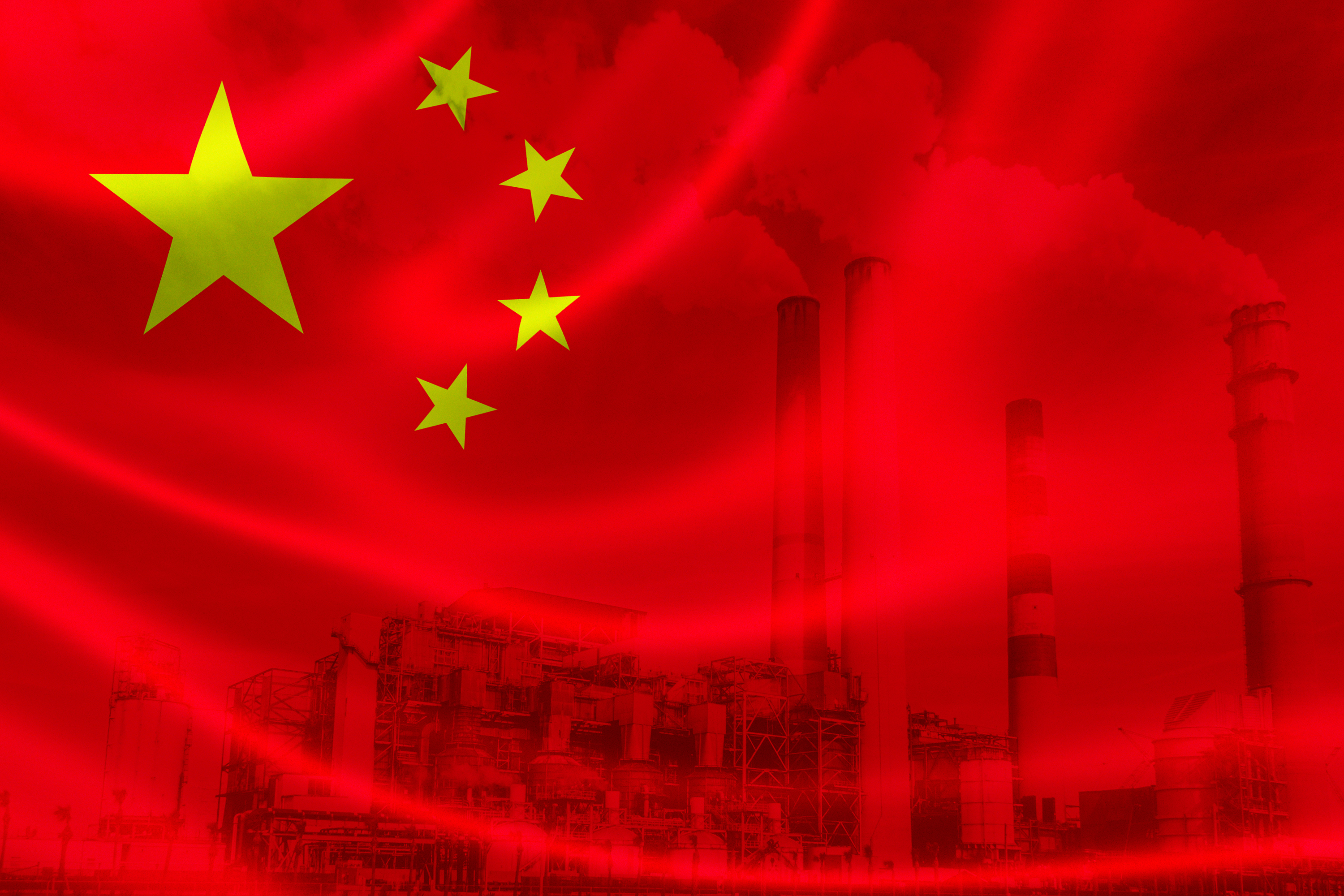 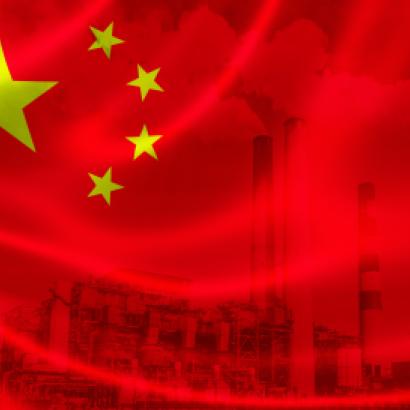 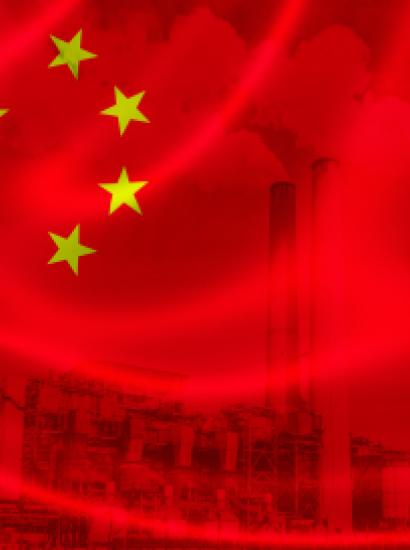 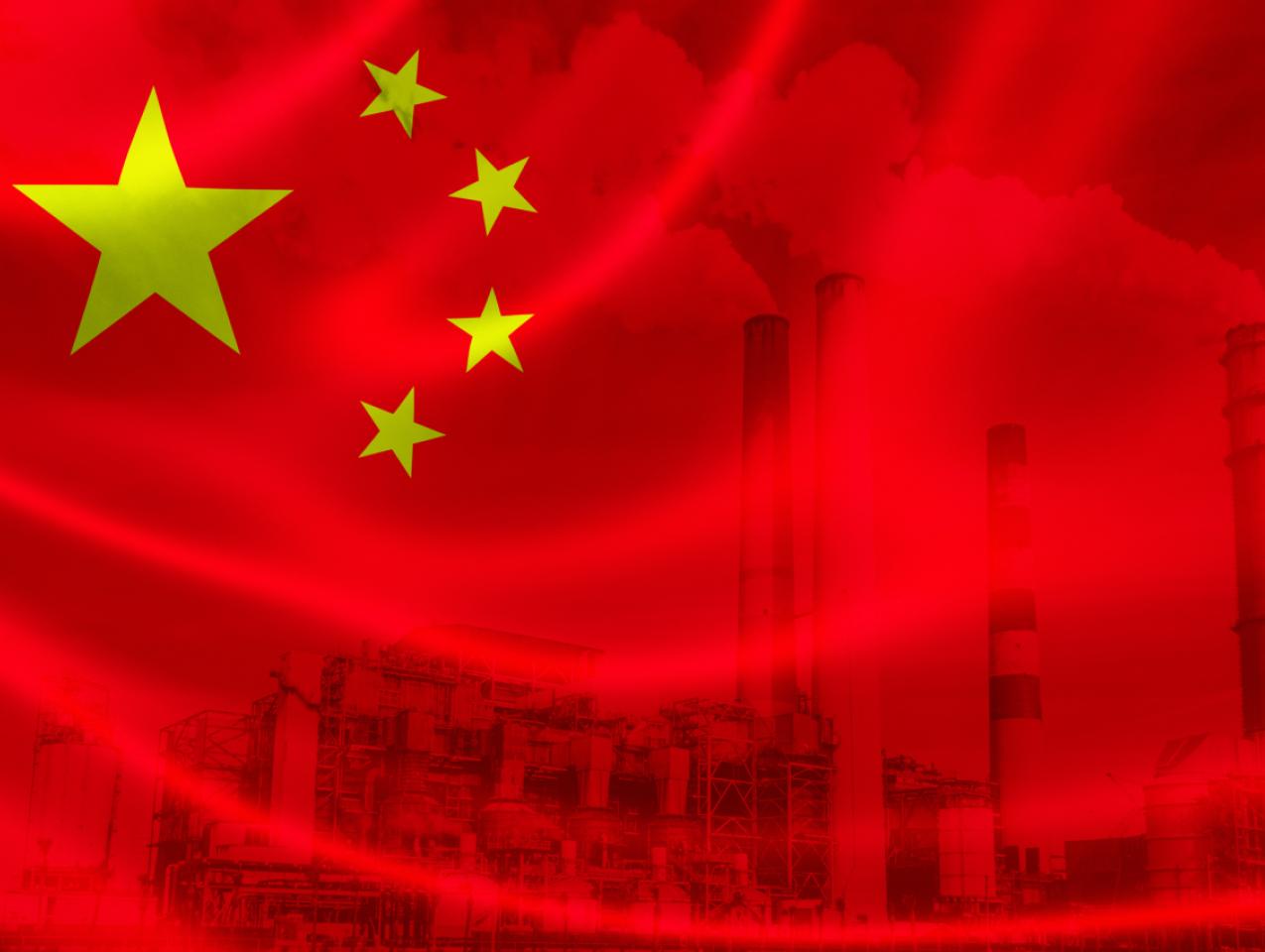 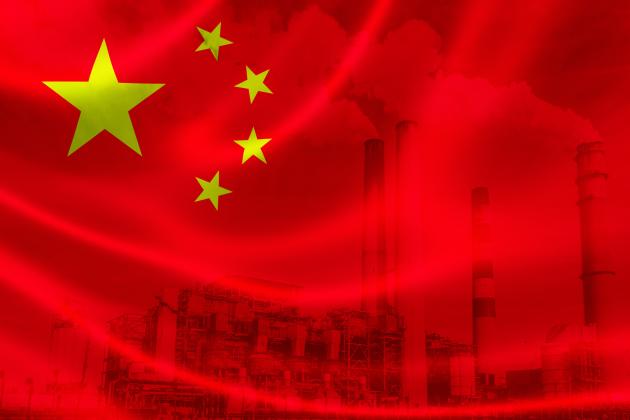 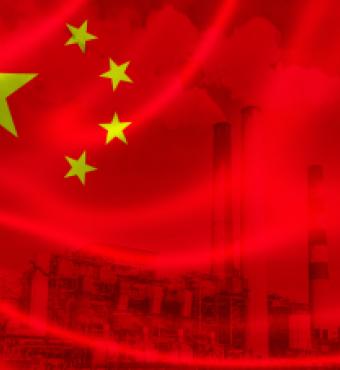 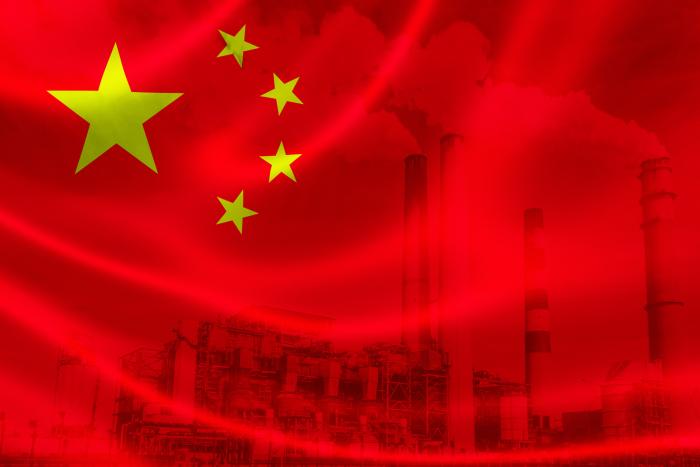 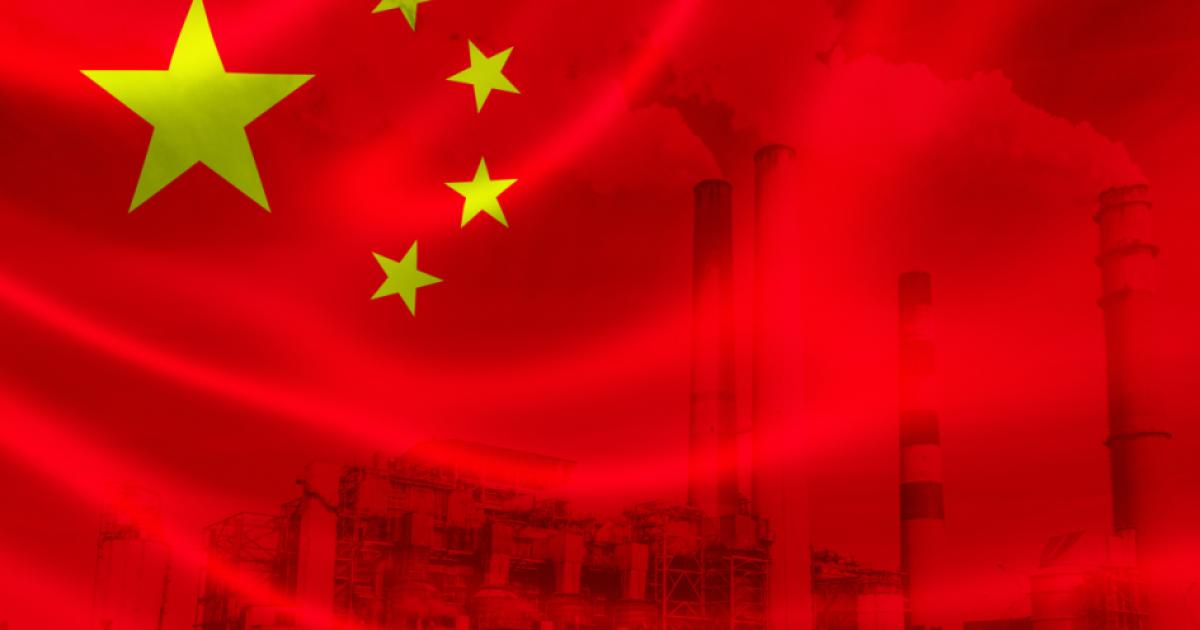 Will a new wave of Islamist violence threaten China’s national interests over the coming decades? Good planning does not dismiss worst-case scenarios as unlikely; it asks, instead, how such a scenario might come to pass, thereby illuminating ways to avoid it. A combination of environmental stress and China’s deepening footprint abroad might well produce Islamist terrorism directed at Chinese across the world and at home. Avoiding this requires a strengthened commitment to environmental protection and to policies that mitigate Muslim discontent.

The links between environmental change and security have by now been well established. Scholars have demonstrated how drought contributed to the fall of the Mayan civilisation, and how the Little Ice Age led to warfare in Europe and dynastic change in China.1 In our own time, too, examples abound. Drought has helped kindle the conflict in Syria; rising waters have triggered massive movements of displaced people in Pakistan, who, in turn, have complicated efforts to reduce violence in Karachi. Overfishing in Somali waters meant that ex-fishermen, deprived of their livelihoods, turned to piracy. Environmental damage and human violence tend to go hand in hand.

Two caveats are necessary here. The first is that environmental damage alone is not sufficient to produce violence. Bad policy and human agency are inextricable parts of warfare. Had Syria enjoyed decent governance, say, or had Pakistan been better at providing for newcomers flocking to Karachi, the problems those areas face would have been very different; there would still be suffering, no doubt, but the scale and ferocity of the strife would have been much diminished. To confine blame to the environment when human beings perpetrate so much misery on one another would be foolish. But it would be equally foolish, given the evidence, to deny the fact that environmental damage creates conditions which bad policy can exacerbate and in which evil (to use an old-fashioned, but still useful word) can fester. Human beings are animals, much like any other. Deprived of water, food, or safe habitat, they can and will descend into violence. The second caveat is that this is by no means a problem exclusive to Islamism. (The Chinese state is particularly well-equipped to understand this, for it has traditionally seen Islamism not as a unique problem, but as part of a category of challenges: millenarian ideas that gain traction and cause rebellion. The Taiping and Nian rebellions were contemporaneous with upheavals in the Muslim populations of the Qing Empire. Xinjiang’s Muslims are being dealt with in a manner similar to that employed against Tibetans and Falun Gong members. Hong Kong, one suspects, will soon be subject to a similar regimen of re-education and imprisonment). As the damages of climate change mount—the projected range of people displaced varies, but could, according to an Environmental Justice Foundation report, be as high as tens of millions displaced over the next decade—we can expect a rise in violence among Muslims and non-Muslims alike. But many of the areas slated for the worst ravages of climate change—South and Southeast Asia, the Middle East, East Africa— are home to significant Muslim populations. Islamist ideas, like most violent impulses and ideologies, feed on dispossession and despair. From the Somalis fleeing drought to Iraq’s Marsh Arabs whose buffalo are dying with their wetlands, from Southeast Asian fishermen unable to feed themselves any longer, to China’s own Muslims in Xinjiang and Yunnan who find their rivers parched, dispossession and despair seem written into the fates of Muslims across the globe. Which means that Islamism will surge in the decades to come.

But why might this surge be directed towards China? The answer is simple: the PRC’s growing economic presence in Muslim lands is coinciding with this surge, making China a natural target. (The simultaneous retrenchment of American power, assuming it continues, will only serve to make China a more prominent bugaboo). That the Chinese are operating with the consent of local governments will make little difference to citizens who feel disempowered by what they perceive as rich Chinese overlords. As the US can testify, a friendly government and a friendly populace are two entirely different things. It matters little that the Chinese may or may not be the authors of local misery; what matters is that they will be perceived as such. Already, one can detect signs of resentment. In Pakistan, Baluch tribesmen have killed Chinese workers and there are the first whispers of the danger of “Chinese imperialism”. In Tanzania, locals grumble about Chinese workers doing jobs that they themselves are perfectly capable of doing. Ankara is friendly to Beijing, but Turks have a deep well of sympathy for their oppressed “brothers” in Xinjiang.  In Xinjiang itself, the incarceration and barbarities being inflicted upon Muslims provide ample cause for anger. These resentments, for the most part, tend to be framed in economic, ethnic, or nationalistic terms, but the line between these and religious hostility is an easy one to cross—and once crossed, not easy to return from. Islamism is rarely a simple question of religious jihad; it is a combination of socio-economic distress, psychological pressure, and religion, its roots varying from locale to locale. Sooner or later, some among the new wave of Islamists will see China as the face of global power—and as such, worthy of attack. Much as the American commitment to Israel has been a rallying cry for Islamists (and this is not to equate the two situations), Chinese conduct in Xinjiang could provide a casus belli for young men seeking vengeance and glory. For anti-Chinese Islamists, the infrastructure China is laying out—the pipelines and the roads, the port terminals and the Chinese workers employed there—will provide a perfect, vulnerable target. Attacks in Chinese cities might prove more difficult, but if the twenty-first century has shown anything, it is that there is no such thing as perfect safety. China’s great misfortune is coming of age as a great power at the same time as environmental degradation is exacerbating international insecurity.

These are, as pundits never tire of saying, long-term problems requiring long-term solutions. The first step Beijing needs to take is to strengthen its commitment to cutting emissions and to sustainable practices worldwide. Finding sustainable forms of agriculture and fishery will be crucial. It is to the PRC’s credit that it has stayed in the Paris Agreement, America’s withdrawal notwithstanding. But while it has sought progress in cutting emissions at home, its foreign direct investment, as Kelly Sims Gallagher notes, has supported coal-fired power plants, contributing to rising emissions elsewhere.2 Given the vacuum in the discussion about climate change created by Trump’s America, it will fall largely to Beijing to make sure that the planet does not warm to the point where a scenario like the one above becomes inevitable. Could China add to the array of carbon funds geared towards reducing emissions? Could it pioneer new forms of green finance? Could its efforts to coordinate with local and state level governments in the United States go further in containing, if not halting, the damage wrought by Washington? Which of these ideas is practicable remains to be decided, but they do have to be considered seriously in Beijing–not out of some idealistic commitment to a green planet, but as nothing more or less than a matter of national security.

In the meanwhile, measures to cater to the needs of the dispossessed (Muslims and non-Muslims alike) will be necessary. Grants to compensate climate refugees, health and educational services for those displaced, genuine efforts to ensure that the profits from trade and investment go to those in direst need rather than to kleptocratic governments—these are steps that will go far in draining the pool of potential Islamist recruits (and in augmenting China’s soft power). Finally, more humane policies in Xinjiang would render violence there less likely and rob potential Islamists abroad of a source of rage. Word travels quickly; though governments have been slow to condemn China for its grotesque treatment of Xinjiang, non-state actors will prove less forgiving.

None of this will eradicate Islamism entirely. But it could make the difference between a manageable problem and an existential threat. As China’s past shows, there is never a perfect solution to terrorism. But there are better and worse ways of living with the risk.

Sulmaan Wasif Khan is Assistant Professor of International History and Chinese Foreign Relations at The Fletcher School, Tufts University, where he also directs the Water and Oceans Program at the Center for International Environment and Resource Policy. He is the author of Haunted by Chaos: China’s Grand Strategy from Mao Zedong to Xi Jinping (Cambridge: Harvard University Press, 2018).