The Poverty Of Progressivism

Four more years of Democratic rule is the path to economic stagnation and social discontent. 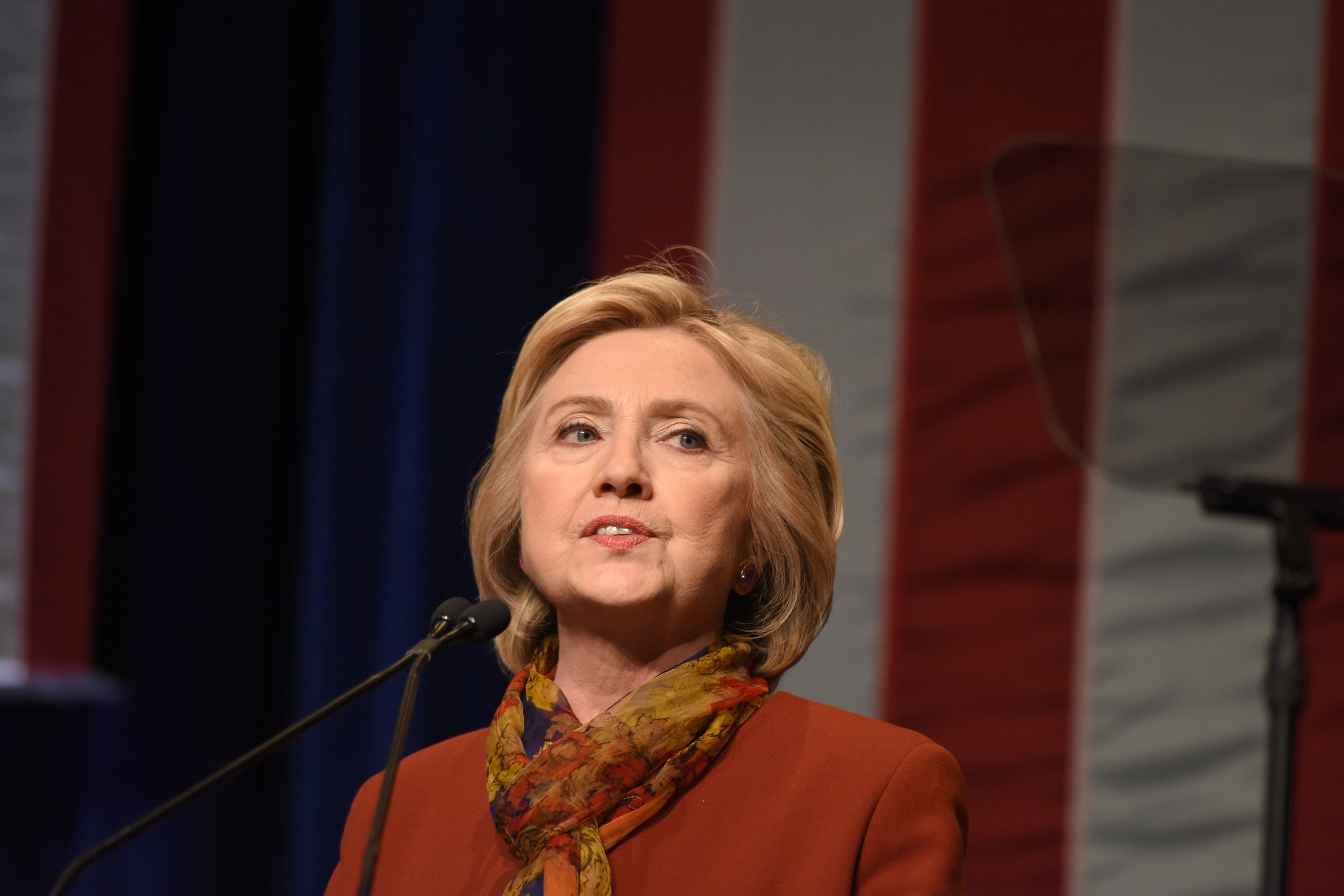 The Poverty Of Progressivism 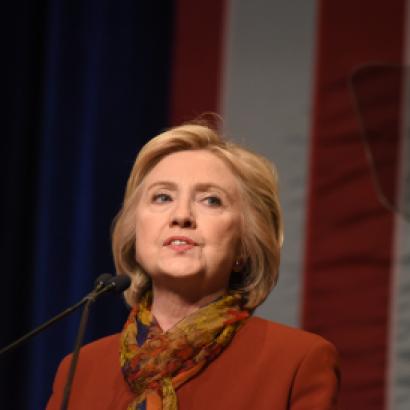 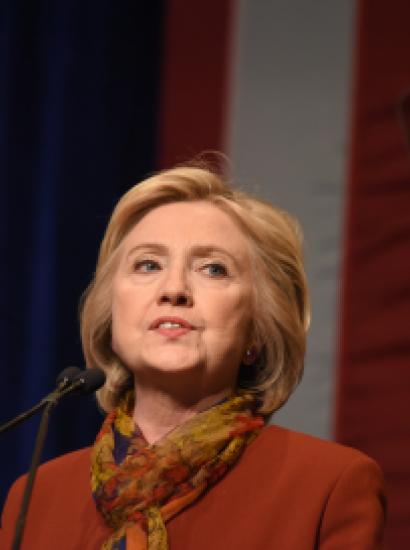 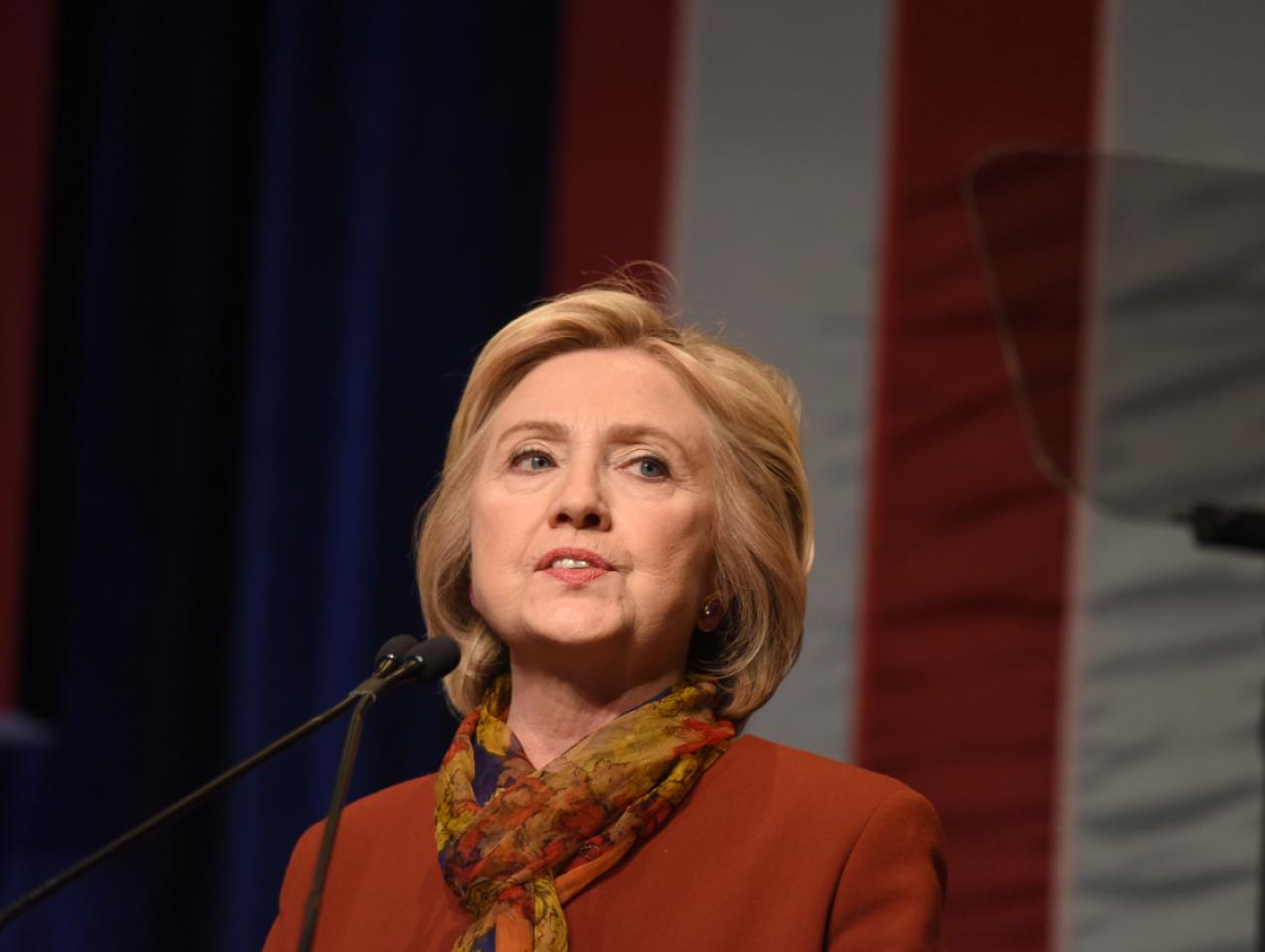 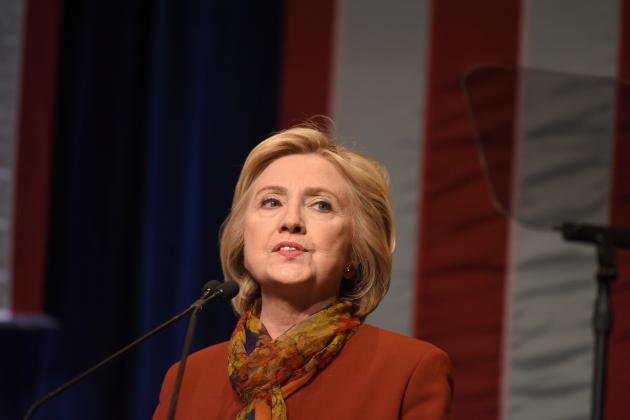 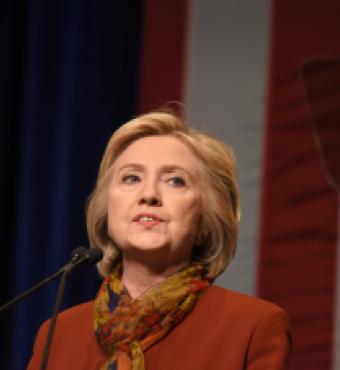 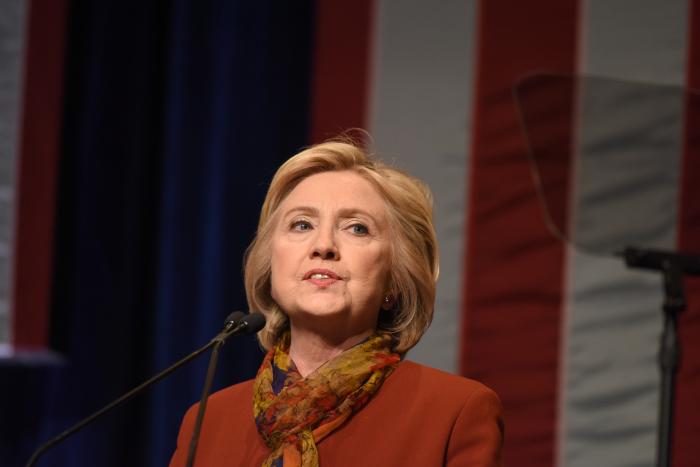 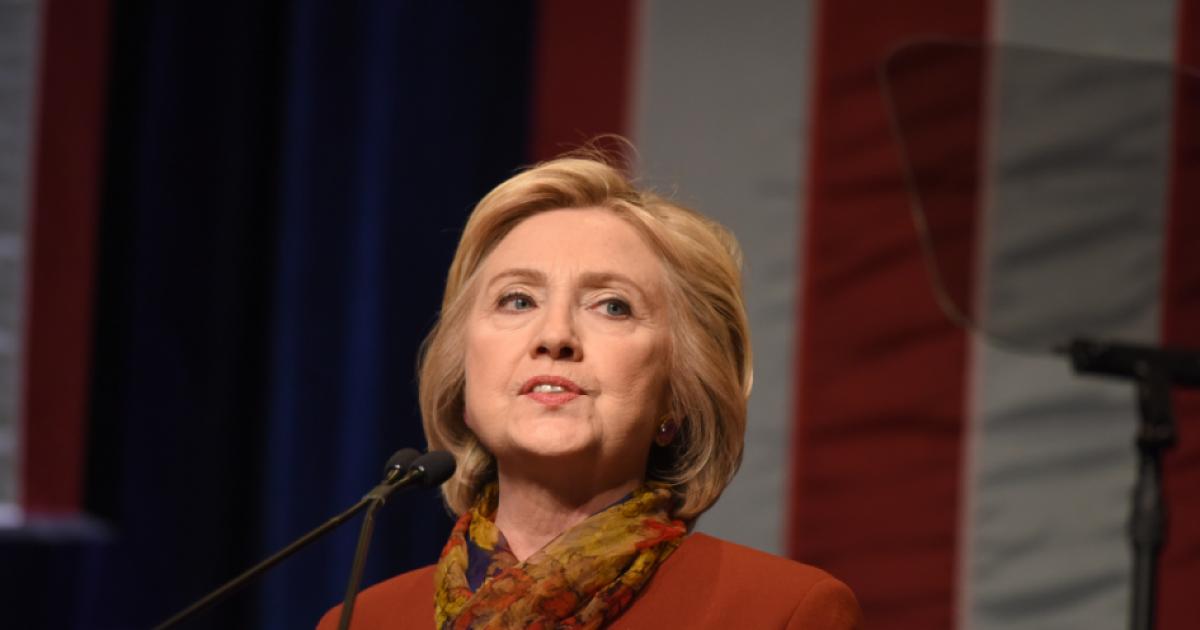 Political life is rich with contradictions. In her acceptance speech at the Democratic National Convention, presidential nominee Hillary Rodham Clinton insisted that the economic performance of the past eight years was “much stronger” than it was during the Bush years. More than fifteen million private-sector jobs were created under President Obama, she said; many more people are now on health insurance; and the automobile industry is booming. Her argument seemed to be that the Obama administration’s progressive policies led to this economic growth. But a closer look reveals a less rosy picture.

The day after her speech, the Commerce Department reported that the slowest economic recovery since 1949 was getting slower still. Gross Domestic Product growth for the second quarter of 2016 was down to 1.2 percent. The cumulative growth rate during the years of the Obama administration was down to 2.1 percent. Consumer spending held up for the short run, but capital investment—a more reliable predictor of future economic growth—has fallen. So how can these disappointing figures be reconciled with interventionist progressive policies of the past seven and a half years?

The standard Democrat response is that the decline of the middle class is the source of our social and economic problems. But given the high levels of consumer demand, it is hard to argue that rising levels of inequality are to blame for our sluggish economy. Nonetheless, given their populist aversion to free markets, the Democrats propose to double down on existing policies: they want to move to a national $15-per-hour minimum wage, add paid family leave, increase the strength of public and private unions, and raise taxes on the rich—and then, presto, we shall reverse the steady decline in median household income, which has fallen from about $57,000 in 2008 to about $53,660 in 2016. But lest Republicans start pointing their fingers at the Democrats, the median household income reached its highest level of $58,000 in 2000 at the end of the Bill Clinton era. Household income also fell, but less precipitously, when George W. Bush was president.

Political campaigns are notable for their lack of reasoned argument, and the Clinton and Trump acceptance speeches were no exception. To understand their positions, it’s better to turn to the circle of advisors and the intellectual elites that back both parties. On this point, the sad truth is that Donald Trump’s major intellectual guide is himself, for he has been rightly deserted by the intellectual wing of the Republican party that has little or no affinity to a man who spurns pro-growth policies based on free trade and small government. The Democrats, by contrast, have no shortage of pundits to celebrate the cultural and economic contradictions of capitalism.

Representative of this trend is the largely misguided economic critique offered, in the Wall Street Journal no less, by Ruy Teixeira of the Center for American Politics, which is chock full of fatal errors of economic reasoning. His intellectual case is summarized in four propositions derived from Thomas Piketty’s well-known but highly flawed book, Capital in the Twenty-First Century. Teixeira’s exposé of the perils of unvarnished capitalism offers a causal explanation filled with missing links:

First, the basic dynamic of the system tends toward higher inequality. Second, this tendency makes economic growth less effective at raising living standards. Third, faster overall economic growth, even if unequally distributed, could potentially solve the problem. Except that, fourth, rising inequality slows down economic growth, rather than speeds it up.

There is no reason why capitalism (in contrast with crony capitalism) ought to tend toward inequality of wealth. Piketty starts with the basic assumption that the rate of capital growth is always greater than the overall growth in GDP, at which point the long-term dominance of capital becomes a mathematical necessity. One glaring weakness is his failure to note that much capital investment is in depreciable assets, so that capital accounts can move downward as easily as they can move upward. Under his view, labor should be virtually wiped out today, which ignores the simple point that huge portions of the upper one-percent derive their income from delivering high-skilled labor services—doctors, lawyers, bankers, developers—to the public at large. In addition, the huge fortunes acquired by present-day moguls—Bill Gates, Mark Zuckerberg, Jeff Bezos—may be represented in corporate shares, but much of that wealth derives from their early labor in some small garage or office.

Teixeira also fails to take into account the role of entry and exit into labor and capital markets. The first entrant with a new technology can reap billions for himself. Those gains come in part from undermining older and less efficient technologies, and thus act as a brake on any abnormally high returns garnered by current entrepreneurs and investors. Yet in the next phase of the cycle, new inventors and entrepreneurs will target those soft areas in the formerly new generation of incumbents and garner their own abnormally high rates of return. The only way to stay ahead of the curve is to keep on innovating. There is no iron law whereby initial success guarantees safety over the long term. Individuals and firms rightly exit markets when they can no longer compete. Inherited wealth tends to divide and shrink, not multiply and increase.

Nor is there any reason to believe that the innovations that generate high rates of return are less effective in raising the overall standard of living. As a theoretical matter, the typical innovator captures about 10 percent of the wealth that he or she creates, which means that the rest of that wealth is distributed through market transactions to employees, suppliers, and, most importantly, the customer base, which receives a panoply of new products and services at prices that are far below their reservation prices—i.e. the maximum amount that they are prepared to pay.

It follows that it is very difficult for any single group in a market economy to preserve its outsized returns against the competition of others. It is therefore false to insist that rising inequality operates as a barrier against further economic growth. It is always worth remembering that the period of most rapid growth in the United States—between 1870 and 1940—was achieved under a legal order that had a relatively strong commitment to laissez-faire economics and classical liberal political theory. The best evidence of the wide distribution of these gains is found in the enormous increase in life expectancy over that period, which spread to all segments of the population regardless of geography, race, or sex. There is no way, for example, that the overall increase in life expectancy from 47 to 54 in the twenty-year period between 1900 and 1920 could be concentrated in the top one-percent of the population. It had to be widely dispersed, and that could have only happened by a combination of felicitous events: The improvement of public health and infrastructure, whose benefits extended to the whole population even if its costs were largely borne by the relatively rich; the increase of superior products for consumption; and vastly safer working conditions on the job—all fueled by technological advances in every area of life.

Nor does Teixeira offer any sensible explanation for how rising inequality could ever slow down the economic growth that is achieved by voluntary market transactions. The great virtue of a market transaction is that it leaves both sides better off, even if they gain in unequal measures. The higher the rate of overall transactions, the greater the improvement in wealth, and the greater improvement in utility for all individuals, who can take advantage of the plethora of choices made available to them in an open environment. Ordinary transactions in goods and services are positive sum for the parties to them, and generate greater opportunities for third persons everywhere.

It is now possible to see how the progressive agenda thwarts the engine for growth in ways that private ingenuity finds it difficult to overcome. The initial observation is that virtually every progressive reform undermines free markets and tends to establish monopolies in labor, agriculture, and other industries. These rules frustrate the free entry into new markets. It is therefore inexcusable that the first impulse of the determined progressive is to impose restraints on voluntary exchange. These new taxes and regulations are always described benevolently as restrictions on the bad parties—on landlords, on employers, on insurers, on health care providers. But in practice they always operate as devastating constraint on both sides of the market. The labor law regime of collective bargaining that “protects” some employees also snuffs out opportunities for their nonunion competitors. Yet the Obama administration continues to place new obstacles that block access to marginal and teenage workers. It has sought to force franchisors like McDonald’s to be subject to liability for the alleged unfair labor practices of their franchisees; its Department of Labor works incessantly to subject ever larger segments of the economy, including the gig economy, to more serious regulations. These added regulations drive down employment opportunities and net wages, which keeps the next generation out of the middle class. When government raises the price of labor relative to capital, firms will be able to diversify in ways that workers cannot. Hence the greatest blows are landed on the intended beneficiaries of this misguided legislation.

The recent figures all point to a decline in business investment: capital, we are told, is on strike. And well it should be. The rise of economic populism sparks an increase in tax rates for both ordinary income and capital gains. The legal uncertainties over our vast regulatory apparatus also exert a downward force. The hyper-enforcement of the securities laws makes potential entrepreneurs and investors factor into their calculations the prospect of civil fines and criminal sanctions. The widespread hostility toward free trade warns future investors that they will face added difficulties in acquiring factors of production from abroad, which in turn makes it harder for them to sell inferior goods, with higher prices, in foreign markets. The massive subsidies for wind and solar energy impose higher taxes on more productive elements of society. Those burdens will be further compounded by the insatiable drive for revenue to fund expansion in free tuition, social security, and other transfer payments. The whole redistributive scheme bears little or no relationship to the classical liberal theory of taxation, which uses taxes chiefly to fund public goods for the benefit of all. The prospect of diminished returns thus explains diminished investment, sans any of Piketty’s intellectual diversions.

There is no one big story here. It is the accumulated distortions from multiple levels of misguided regulation and taxation, each of which is celebrated with scant regard to the negative synergistic effects of the entire package. Look through the entire Democratic National Platform, and it is clear that the party of “inclusion” holds out no welcome mat to innovation and growth. Rather, it hopes to target “the greed, recklessness, and illegal behavior on Wall Street” and stop “corporations’ outsized influence in elections.” The entire document is a collage of political posturing and economic naiveté. Donald Trump may be clueless on solutions. But his short term pessimism surely does a better job in capturing the national mood. Four more years of Democratic rule is the path to economic stagnation and social discontent.