A market-distorting tactic brings both short- and long-term harm. 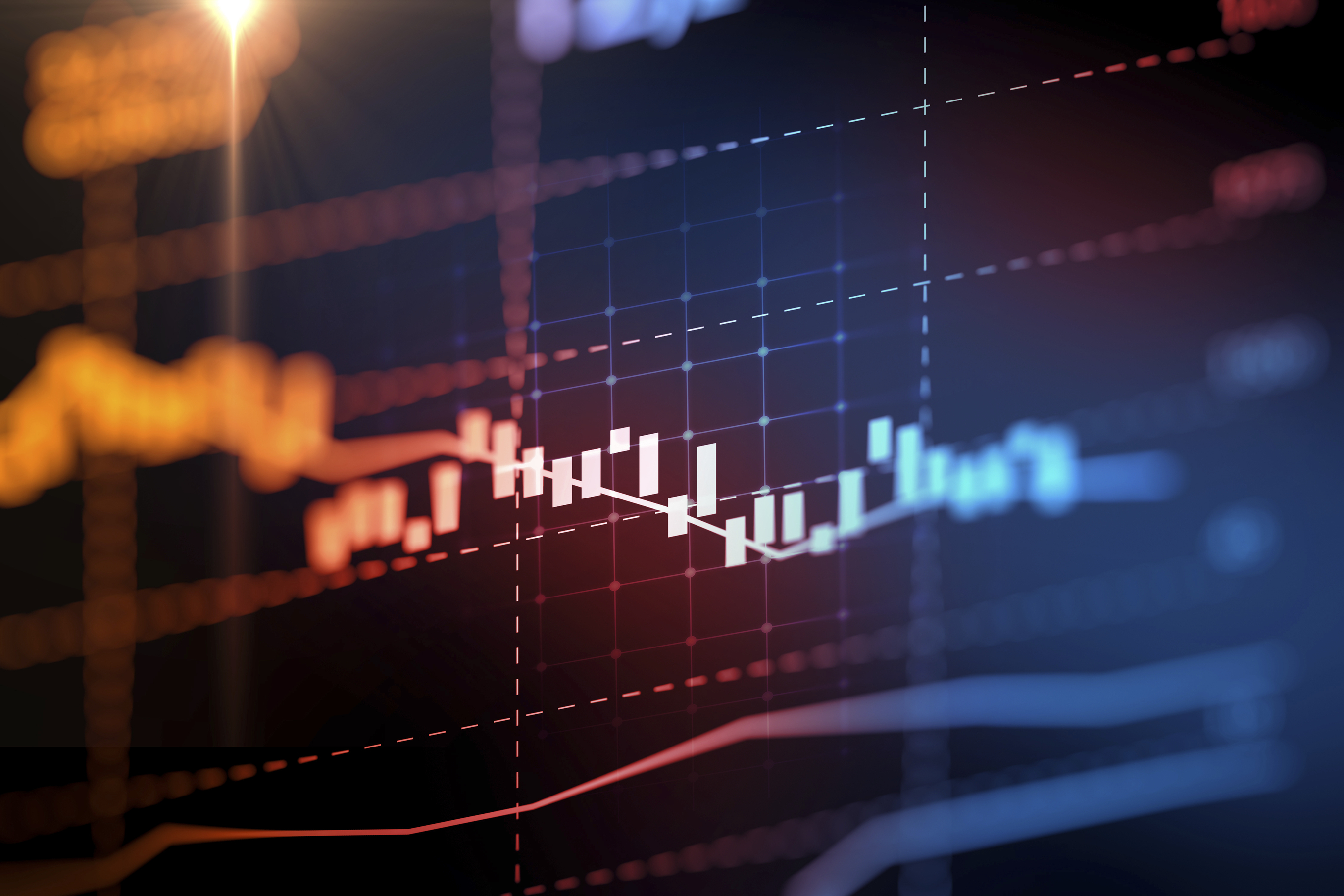 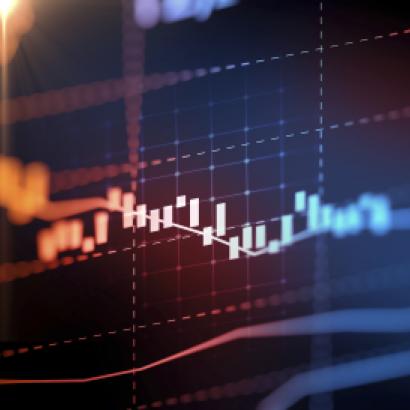 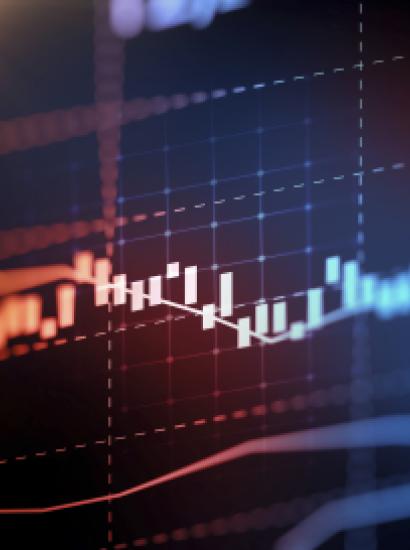 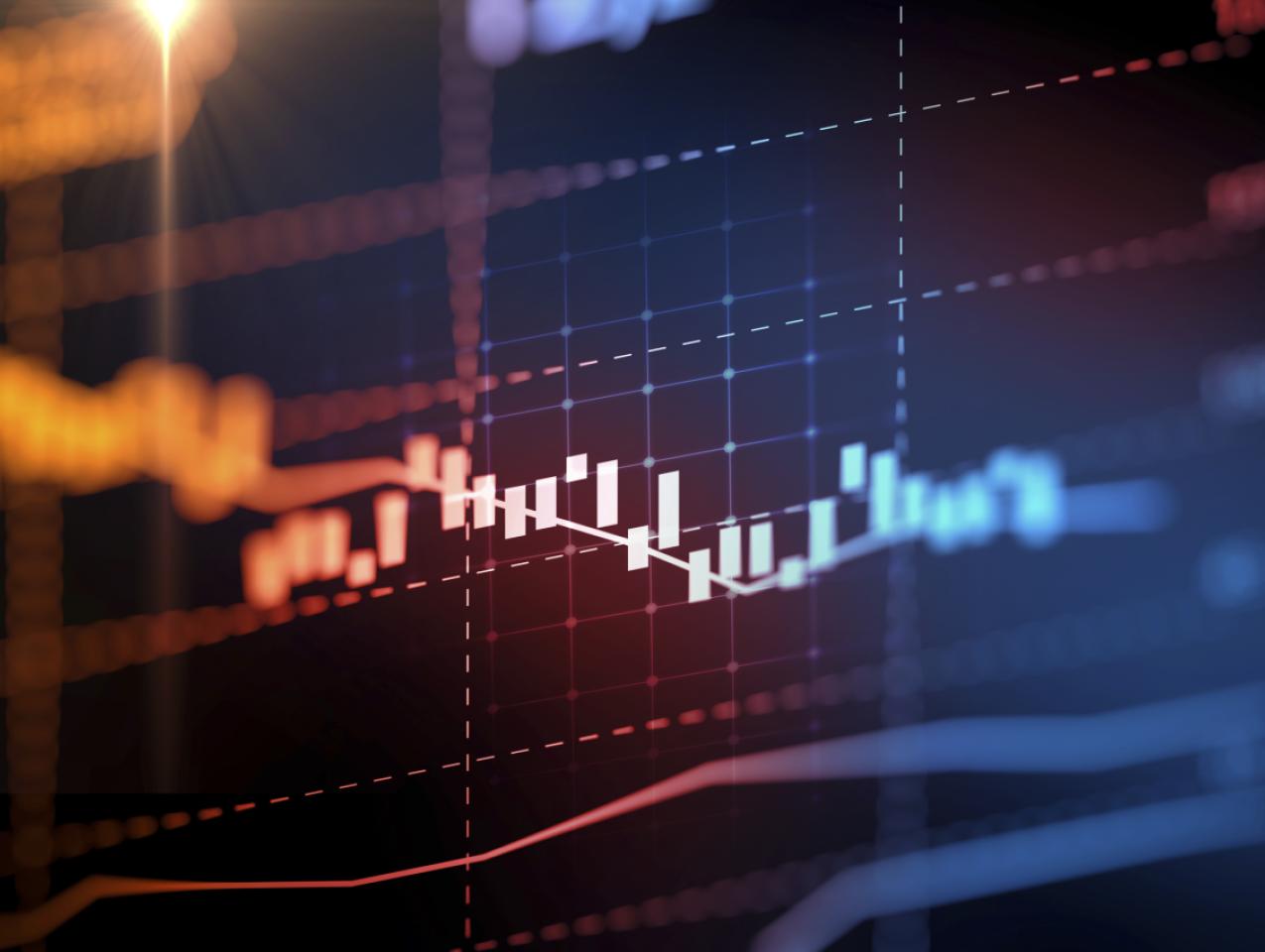 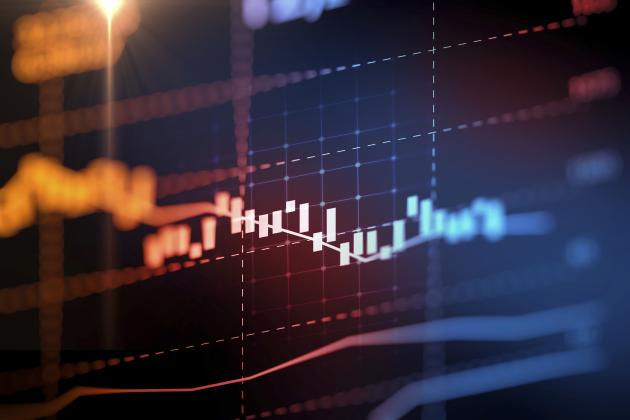 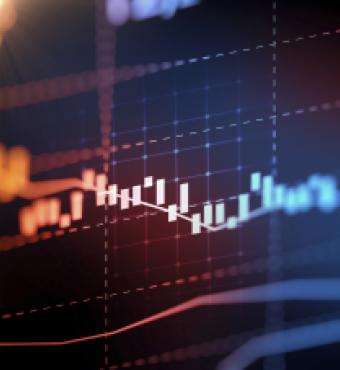 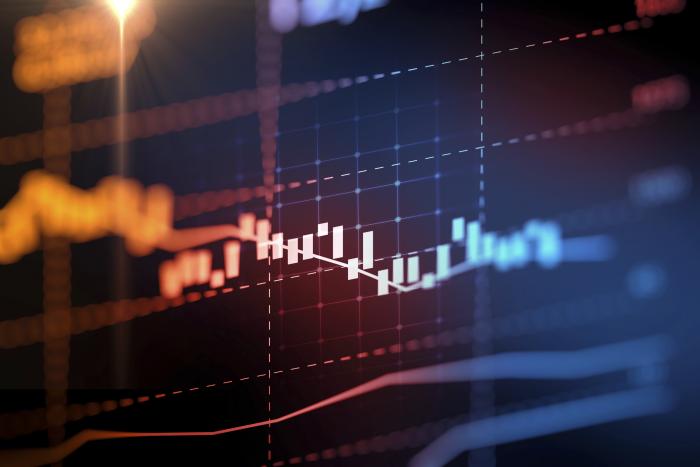 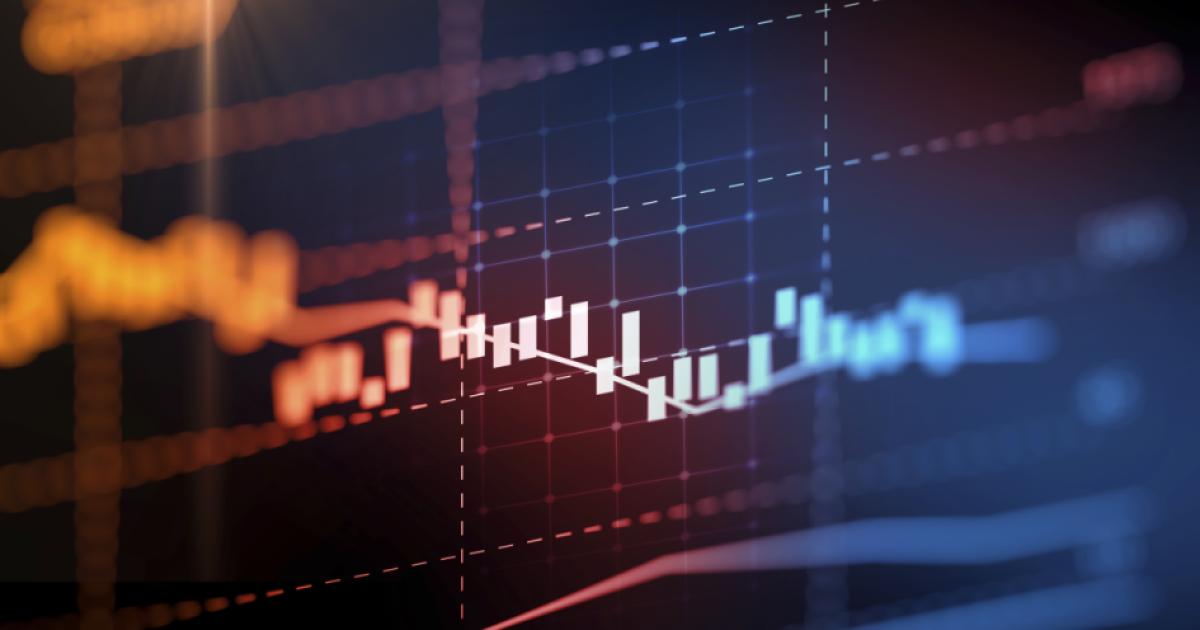 “This is a great suppressed topic. It was absolutely mainstream from the start of World War II until the Reagan administration.” This is a quote from “Price Controls Set Off Heated Debate as History Gets a Second Look,” a January 13 New York Times article by Ben Casselman and Jeanne Smialek. The speaker quoted is James (Jamie) K. Galbraith, a left-wing economist at the University of Texas. The “this” in the quote refers price controls, which Galbraith appears to favor. He comes by it honestly. His father, the late John Kenneth Galbraith, was a high-level official in the Office of Price Administration during World War II, and he sometimes reflected fondly on the power that he exerted over the US economy.

I disagree with Galbraith that the topic has been suppressed. We opponents of price controls have been quite willing to discuss why they’re a bad idea. If he were to be more accurate, Galbraith would have to say that the idea has been rejected. Indeed, the heartening point of the Times article is that the vast majority of economists, including left-wing economists such as Paul Krugman, reject the idea of comprehensive government controls on prices. But sometimes it’s hard for people who are losing a debate to admit that they’ve lost, not because the topic has been suppressed but because their idea has been analytically crushed. It’s worthwhile, therefore, to say why they are such a bad idea. Price controls cause shortages, waste people’s time in line, sometimes lead to favoritism by suppliers, and, as in the case of oil and gasoline in the 1970s, can lead to harmful regulation that lasts for decades.

Prices and the Smashed Thermometer

When University of Chicago economist Harold Demsetz gave a talk in the winter of 1970 at the University of Winnipeg, where I was an undergrad, he used an analogy that many critics of price controls still use. Demsetz told his audience that using price controls to reduce inflation is like responding to cold weather in Winnipeg by breaking the thermometer. His point was that just as thermometers respond to temperature, prices are an indicator of underlying economic phenomena, namely supply and demand. Breaking a thermometer doesn’t cause the temperature to rise; controlling prices doesn’t cause inflation to fall.

But it’s worse than that. When you break the thermometer, you don’t make the weather worse. But when a government controls prices, it makes the economy worse by causing shortages.

When I first studied microeconomics in the late 1960s, it was often called “price theory.” There was a good reason for that label: the most important topic in microeconomics is how prices are determined. One thing you learn very quickly is that they are determined by supply, which reflects costs of production, and demand, which reflects consumers’ preferences and incomes.

Consider another example: the price of strawberries. Why are strawberry prices higher in winter than in summer? The reason is that the domestic supply of strawberries is almost nonexistent in winter and is very high in summer. Unlike when I was a child in the 1960s, we can now get strawberries in winter by buying them from warmer climes, but the transportation cost makes them more expensive. Notice how clearly the lower supply explains the higher price.

A Word about “Greed”

What’s wrong with attributing price increases to “corporate greed”? The problem with that explanation is not that corporations aren’t greedy. If we take “greed” to mean “wanting to make as high a profit as possible,” then yes, most corporations are greedy. But those same corporations often cut prices. Have you noticed that the prices of wide-screen televisions have fallen regularly over the past fifteen years? Does that mean that the corporations producing those TVs have steadily become less greedy? Unlikely. So greed is not a good explainer of price increases. A good rule for thinking, as Charles L. Hooper and I pointed out in our book, Making Great Decisions in Business and Life, is that to explain a change in one variable, you need to point to a change in another variable. Because greed (however defined) is relatively constant, it’s not a good way to explain a change.

We see the results of price controls wherever governments impose ceilings on rents. Exhibit A in the United States is New York City, where rent control was imposed as a temporary measure in World War II and still exists today. For many apartment units, the controlled rent is well below the rent that would exist in a free market and the result is a long line of potential renters for a given rent-controlled apartment.

Another effect of price controls is to change the product. Imagine that you own an apartment complex on which the government imposes rent controls that force the rent below what you were planning to charge. For a given apartment, you now have more qualified tenants than you would have had with no rent control. So your incentive to maintain the property and to furnish amenities such as parking decreases. Further pushing you in that direction is the fact that you have less revenue to pay for maintenance and amenities. The product changes.

In “Price Controls,” published in David R. Henderson, ed., The Concise Encyclopedia of Economics, Rutgers University economist Hugh Rockoff points out that because of US price controls during World War II, “fat was added to hamburger” and “candy bars were made smaller and of inferior ingredients.”

We saw a major change in the product when the Nixon price controls on oil and gasoline, first imposed on August 15, 1971, collided with the world price of oil, which OPEC raised from about $3 per barrel to about $11 per barrel during the fall of 1973. The Nixon price controls set the price of so-called “old oil” at $4.25 and later $5.25 per barrel. Gasoline prices were allowed to rise to reflect that price increase but not to reflect the world price of $11 per barrel. With the United States importing much of its oil, that was a huge problem. At the artificially low price of gasoline that resulted, there were line-ups for gasoline in the fall of 1973 and the winter and spring of 1974. I’m old enough to remember that when you pulled into a gasoline station, a gasoline station attendant washed your windshield and, if you wanted, you could get a high-quality map inside the station for free. Both of those aspects of the product disappeared over a few months.

Because price controls cause shortages, we consumers start competing with each other by spending time in line. That’s what happened with the gasoline shortages in the 1970s. We can waste so much time in line that the time cost plus the money cost can actually exceed what the free market price would have been. During the 1979 gasoline line-ups, one would often line up for thirty minutes to get gasoline. Imagine that you wanted to buy ten gallons. At the time the regulated price was about $1 a gallon. But a reasonable estimate of the average time value of someone in line was about $8 an hour. So the true cost of the gasoline was not the $10 in money but $10 plus $4 in time, for a total of $14. That’s $1.40 per gallon. At the time, energy economists at the newly formed Department of Energy estimated that ending the price controls would cause the price of gasoline to rise to $1.20 per gallon. With no price controls and no lineups, the time cost would have been trivial. So gasoline price controls actually made gasoline more expensive.

When there are no price controls, competition is the great leveler. A seller typically cares about making money, no matter who is spending it. But when the government imposes a price ceiling, a seller, facing more demand than he can supply, has no incentive not to play favorites. A gasoline station owner, for example, might favor his neighbors and friends over strangers. A white landlord who is not fond of black people will find that the cost of discriminating against blacks will fall close to zero. Indeed, the above-mentioned Harold Demsetz, sifting through the classified ads for apartments in the World War II–era Chicago Tribune, found that as the wartime shortage of apartments got worse year by year, presumably because the regulated rent was further and further below the free-market rent, the percent of ads that specified either “Restricted” (meaning that blacks were not welcome) or that the tenant would have to buy the furniture (presumably at an above-market price) increased.

Price Controls Can Lead to Regulation of Our Lives

When the Nixon and Ford administrations saw the damage that price controls on oil and gasoline were doing, they could have pulled the plug and ended the damage. Instead, they regulated further. Effective on January 1, 1974, President Nixon and Congress imposed the infamous “double nickel,” a US-wide speed limit of fifty-five miles per hour, that lasted until 1987. In December 1975, Congress passed and President Ford signed the Energy Policy and Conservation Act, which, among other things, imposed fuel economy standards for cars. These standards increased over time. Congress and the president did not allow us to make our decisions about fuel economy based on actual free market prices. Even though President Reagan ended the price controls nine days after becoming president, the CAFE (Corporate Average Fuel Economy) regulations have been tightened further. President Carter imposed energy standards on various appliances and those standards are still with us today. “Temporary” measures often lead to permanent intrusive regulations.