Why taking government out of air traffic control—and even airport ownership—could be just the ticket. 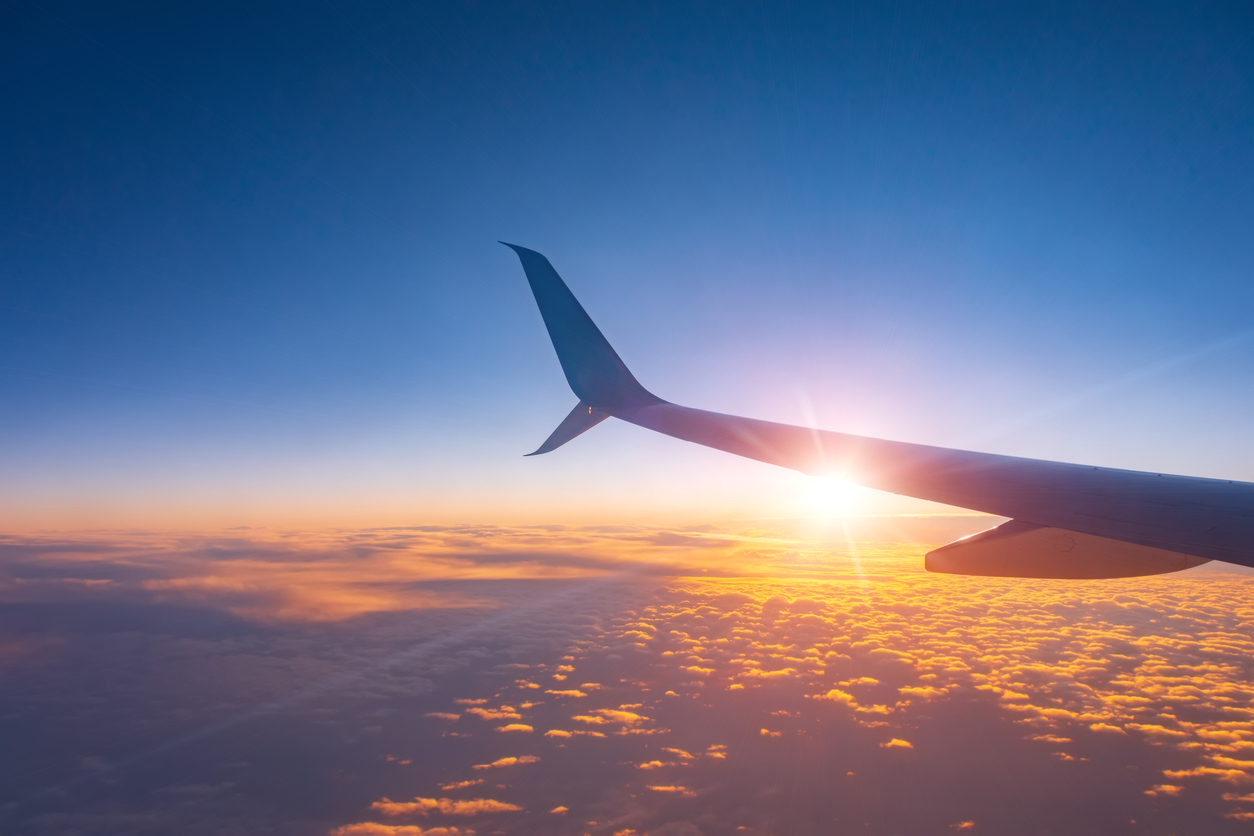 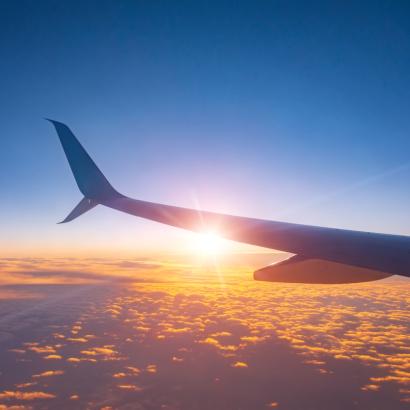 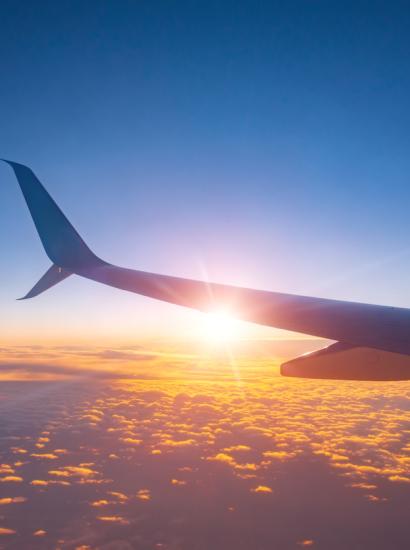 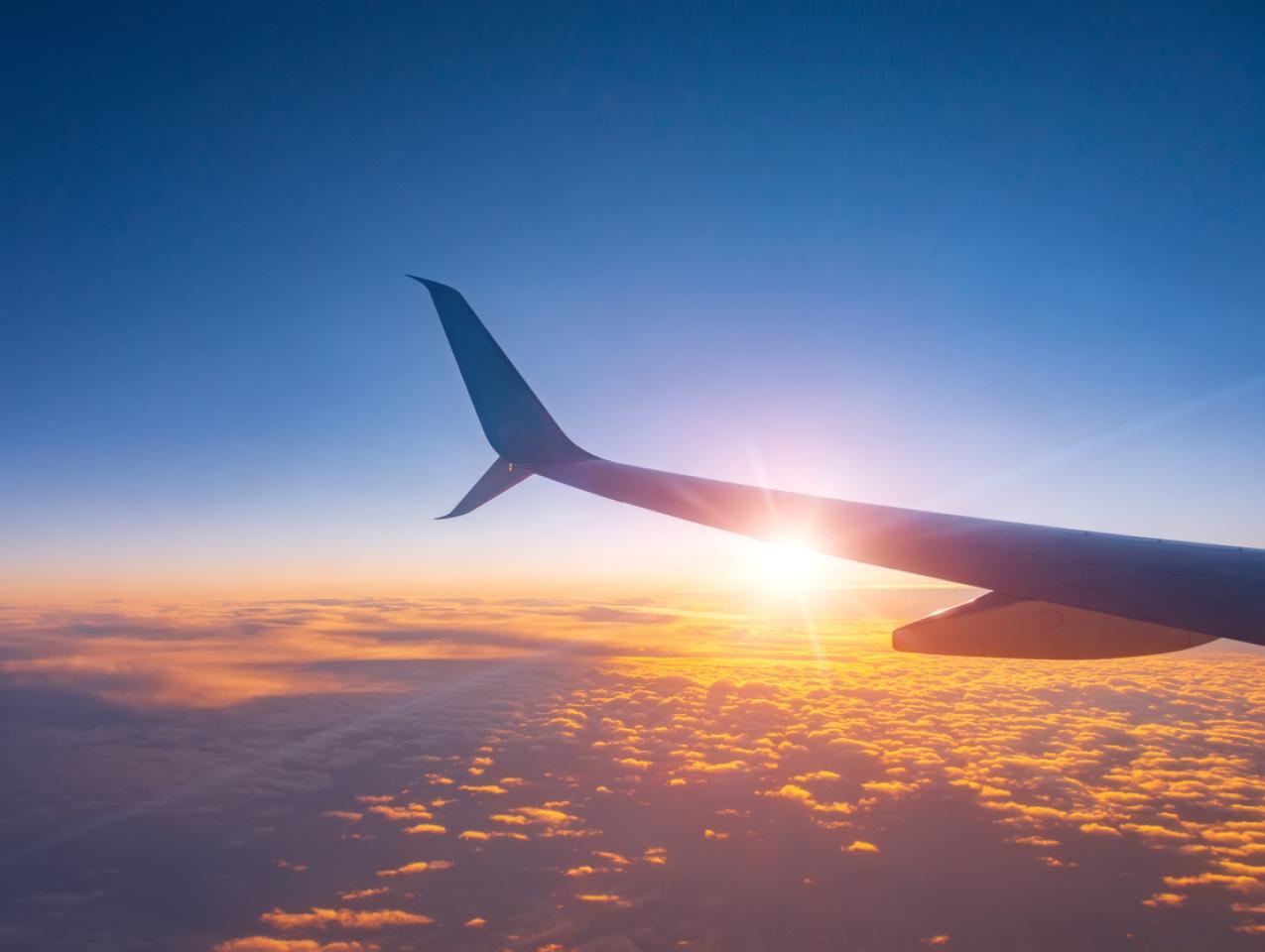 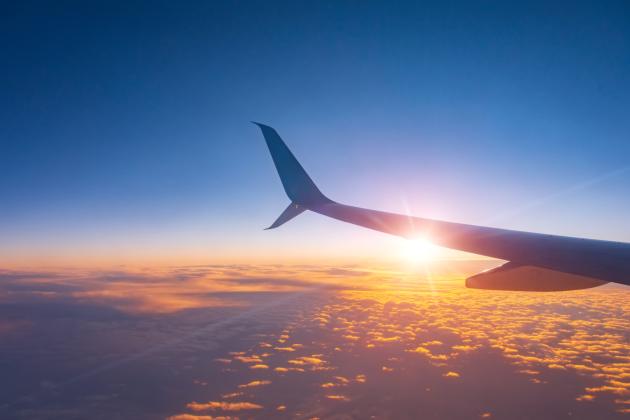 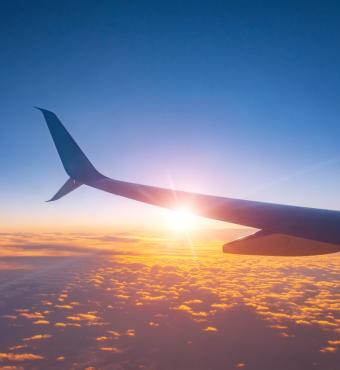 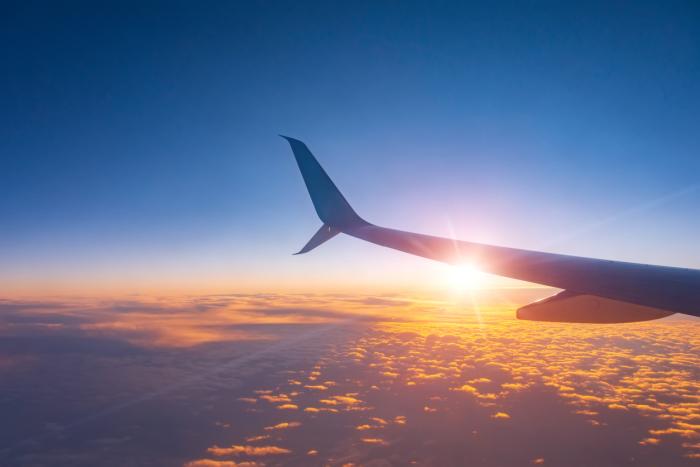 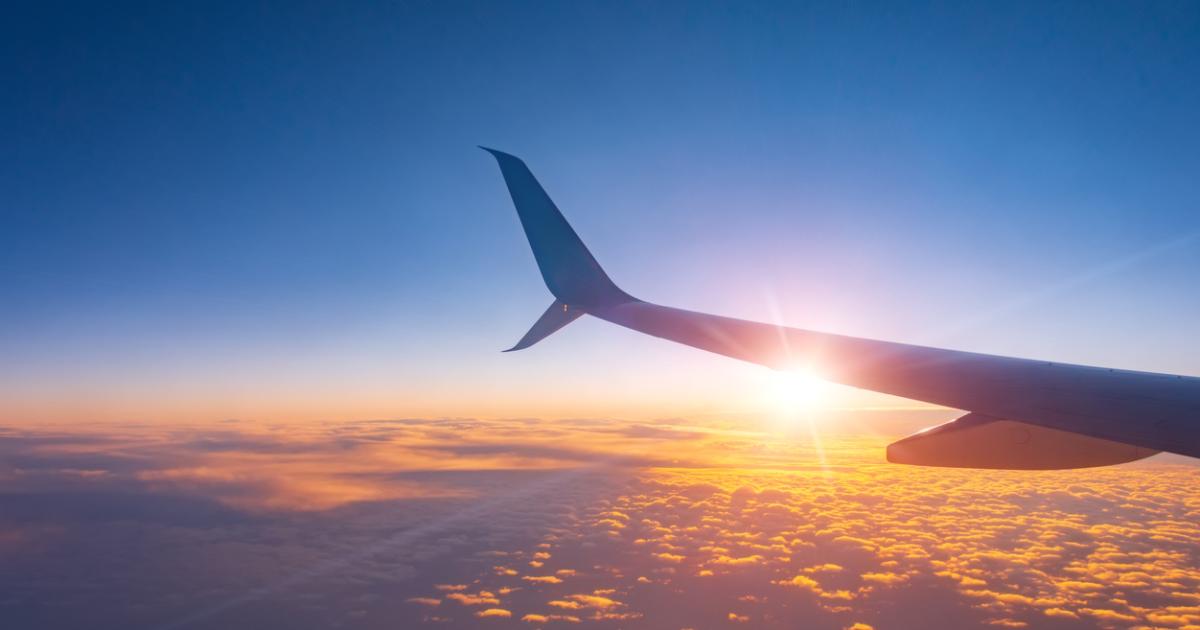 In my most recent Defining Ideas article in response to the Southwest “meltdown,” “Don’t Let Government Be the Pilot,” I made the case that private for-profit firms generally do a better job than government agencies because private firms have a “residual claimant.” A residual claimant is someone who gets to keep the residual left over from revenues after all expenses have been paid. This gives an incentive to owners to care about both revenue and expenses. Caring about revenue necessarily means caring about customers.

And lo and behold, what happened only six days after my article appeared? The whole system of air traffic control, run by the Federal Aviation Administration, had a meltdown. The FAA responded to a mistake by shutting down all commercial flights in the United States. Is there a lesson here? Yes. We’re never stuck with looking only at how things are done in the United States. Some other countries have privatized air traffic control and have done much better. We could do so here, too. And, while we’re at it, we could follow the lead of many other countries and privatize airports. Countries whose governments have done so have had good results.

Consider our neighbor to the north, eh? In the mid-1990s, Canada’s federal government was in bad financial shape. It was running large budget deficits. Prime Minister Jean Chrétien and his finance minister, Paul Martin, took this problem very seriously. That is interesting in itself because both were members of the Liberal Party. The Liberal Party’s Pierre Trudeau was prime minister continuously from 1968 to 1984, except for a brief interval from June 1979 to March 1980. Trudeau did more than any other postwar politician to expand the size of both the federal budget and the federal budget deficit. As I pointed out in my 2010 study of Canada’s budget, “Canada’s Budget Triumph,” during Trudeau’s last three years in office, 1981 to 1984, Canada’s budget deficits averaged 7.9 percent of gross domestic product. To put that in perspective, compare it to the US federal budget deficit for fiscal year 2022, which ended on September 30, 2022. The deficit was 5.5 percent of the 2022 fiscal year GDP.

Chrétien and Martin wanted to reduce the federal deficit mainly by cutting spending and reducing the growth of spending rather than by increasing taxes. They actually did so. From the mid- to late 1990s, they scrubbed the federal budget, cutting the size of various government agencies by double-digit percentages. Of interest in this context, the Transport Department was hit with some of the biggest cuts, losing almost half of its budget.

Within Transport was the Canadian government’s Air Navigation System, which cost the feds $200 million in annual subsidies. In 1996, partly to save money and partly to improve air navigation, the feds sold the system to a private nonprofit company called Nav Canada. The transaction netted the feds a cool $1.4 billion. That doesn’t sound like much, but remember that this was Canada, whose economy is approximately 10 percent of the size of the US economy. Remember also that this was in 1996 dollars.

One quick change from the old model to Nav Canada was in funding. Whereas the federal government had funded the Air Navigation System with a tax on airline tickets, Nav Canada is financed with fees to airplanes that are based mostly on the weight of the airplane and the distance flown.

Almost immediately, Nav Canada acted to upgrade technology. How has Nav Canada performed? Very well. In a 2002 study for the Reason Foundation, Robert W. Poole, Jr. and Viggo Butler wrote that in just two and a half years of Nav Canada’s existence, productivity rose from 258 flights per employee to 341, an increase of 32 percent. Moreover, that productivity showed up in controller salaries: the average salary rose from $43,316 to $57,530, an increase of 33 percent at a time when inflation was low. Also, the total number of employees fell from 6,300 to 5,400, a reduction of 14 percent. This reduction was not in controllers or tech workers, but in management and administrative staff.

In a 2008 study for the Brookings Institution, economic scholar Dorothy Robyn, who had been a special assistant for economic policy during President Clinton’s time in office, catalogued the failings of air traffic control in the United States. Foremost among them were flight delays. In 2007, she estimated, flight delays cost passengers and airlines between $12 billion and $14 billion in lost time and fuel. She noted, for example, that the time taken to fly from New York to Los Angeles was twenty-five minutes longer in 2007 than in 1997. She attributed the problems to poor governance, another term for bad incentives. Because Congress and federal budget rules constrained the FAA, it was ill-suited to run “what amounts to a capital-intensive, high-tech service” business. Also, the use of passenger taxes to fund air traffic control “encourages overuse of scarce capacity” and deprives the FAA of feedback from aircraft operators. While Robyn called aircraft operators the FAA’s “real customer,” in fact the structure of control and financing means that its real customer is Congress.

Although Canada was the first government to privatize air traffic control, it was not the last. By 2008, noted Robyn, countries where “a self-supporting autonomous agency outside the traditional bureaucracy” provided air traffic control included “Australia, Austria, Canada, Czech Republic, Germany, Ireland, Italy, Latvia, the Netherlands, New Zealand, Portugal, Russia, South Africa, Switzerland, Ukraine, and the United Kingdom.” Presumably some of these agencies are privately owned.

Not Quite a Residual Claimant

I noted earlier that Nav Canada is a nonprofit private company. So does it have a residual claimant? Not exactly. It has no shareholders, but it does have stakeholders that elect ten members to a fifteen-member board of directors. The four groups of stakeholders, along with their number of directors, are air carriers (4), general and business aviation (1), the federal government (3), and unions (2). The ten then elect four independent directors who have no ties to the four groups of stakeholders. All fourteen appoint a president and CEO who becomes the fifteenth board member.

Because there are no shares and no dividends, there is no residual claimant. But there is accountability. All four groups of stakeholders have strong interests. Admittedly, these interests are sometimes in conflict. But each group wants something badly enough to push for it. Compare that to an FAA employee whose rewards for making good decisions are virtually nonexistent.

And the proof of the pudding is, to mix metaphors, in the evidence. Canada’s system, as noted above, works well.

Interestingly, Robyn stopped short of recommending “the transfer of the air traffic control system to a government corporation or other agency outside the traditional government bureaucracy.” She made clear, though, that her reason had nothing to do with whether such a transfer would work well. She thought it would, writing:

Since 1987, several dozen countries have adopted that model, restructuring their air traffic control provider as an autonomous, independently regulated agency with the freedom to adopt commercial business practices and to borrow money in the capital markets. The results in terms of safety and operating efficiency have been very positive.

The problem with such a move, she says, is purely political:

Although I believe the move to an autonomous air traffic control provider would be highly beneficial for the United States as well, it faces strong opposition from the air traffic controllers’ union and from general aviation organizations.

More’s the pity, as the British say.

Why We Should Privatize Airports

While we’re at it, let’s privatize airports. That idea may seem foreign to American ears. That’s because it literally is foreign. Governments in many countries around the world have privatized airports in the past few decades, and the results have generally been positive. It started in 1987 when Margaret Thatcher’s government sold the British Airports Authority, which controlled Heathrow and six other airports, on the London Stock Exchange. Many other governments followed.

In the January 2023 issue of The Digest, a publication of the National Bureau of Economic Research, Laurent Belsie, an economics writer for the Christian Science Monitor, did an excellent job of hitting the highlights of an October 2022 NBER study titled “All Clear for Takeoff: Evidence from Airports on the Effects of Infrastructure Privatization.” The authors of the study, he wrote, “compare the performance of 2,444 airports in 217 countries under three types of ownership: public, PE [private equity], and non-PE private.” There was much to study, because 437 of the airports have been privatized. They found “that between 1996 and 2019, airports owned by PE funds improved their performance across many dimensions.”

A key metric of airport efficiency is passengers per flight. The more customers an airport can serve with existing runways and gates, the more services it can deliver and the more earnings it can generate. When PE funds buy government-owned airports, the number of passengers per flight rises an average 20 percent. There’s no such increase when non-PE private firms acquire an airport. Overall passenger traffic rises under both types of private ownership, but the rise at PE-owned airports, 84 percent, is four times greater than that at non-PE-owned private airports. Freight volumes and the number of flights, other measures of efficiency, show a similar pattern. Evidence from satellite image data indicates that PE owners increase terminal size and the number of gates. This capacity expansion helps enable the volume increases and points to the airport having been financially constrained under previous ownership.

Belsie also noted that “PE firms tend to attract new low-cost carriers to their airports, which in turn may lead to greater competition and offer consumers better service and lower prices.” Also, they increased the number of new routes.

Also, acquisition by a private equity firm led to fewer flight cancellations and “an increase in the likelihood of receiving a quality award.”

Belsie did note one possible downside from the viewpoints of both the airlines and the passengers: higher charges to airlines. I say “possible” because, of course, the airlines and passengers get better service in return for those high charges. Is it a worthwhile tradeoff? Let’s privatize existing airports and let private entities build more airports. Then the new competition will constrain airport charges. Privatization is generally good. Privatization combined with more competition is better.