Pro-Union Provisions With No Public Benefit

“Build Back Better” would transform labor markets for the worse. 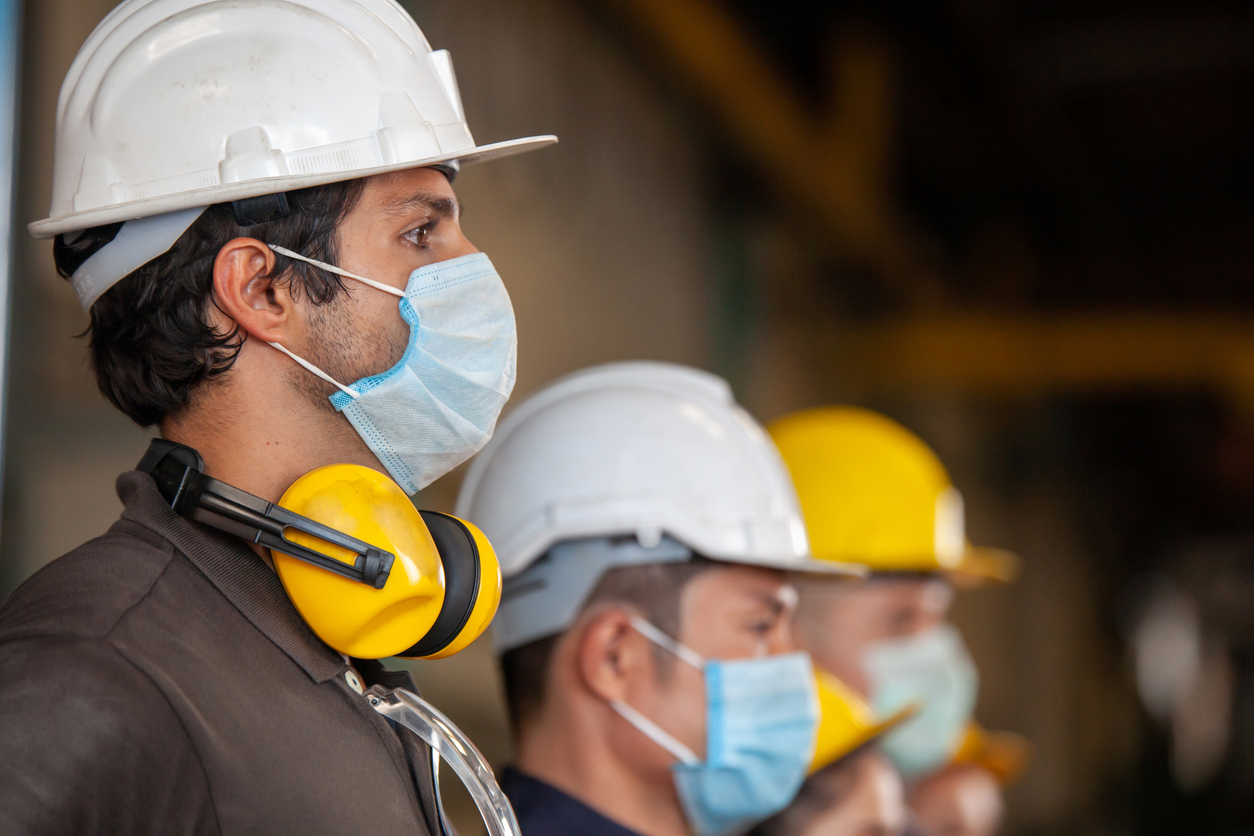 Pro-Union Provisions With No Public Benefit 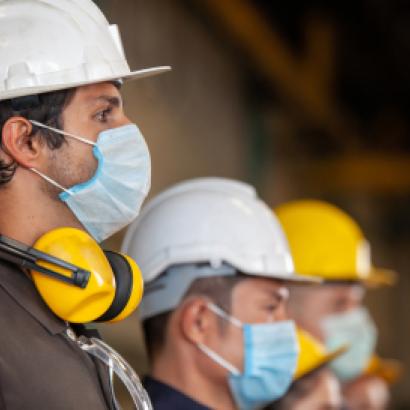 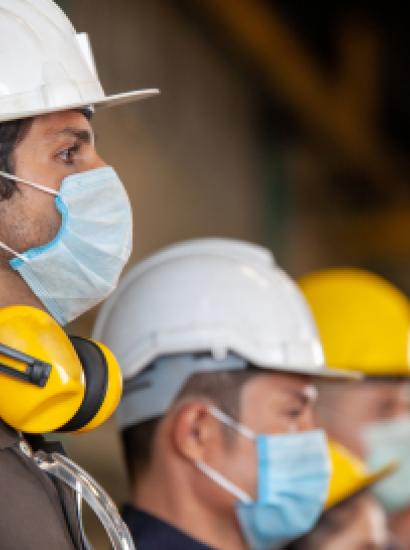 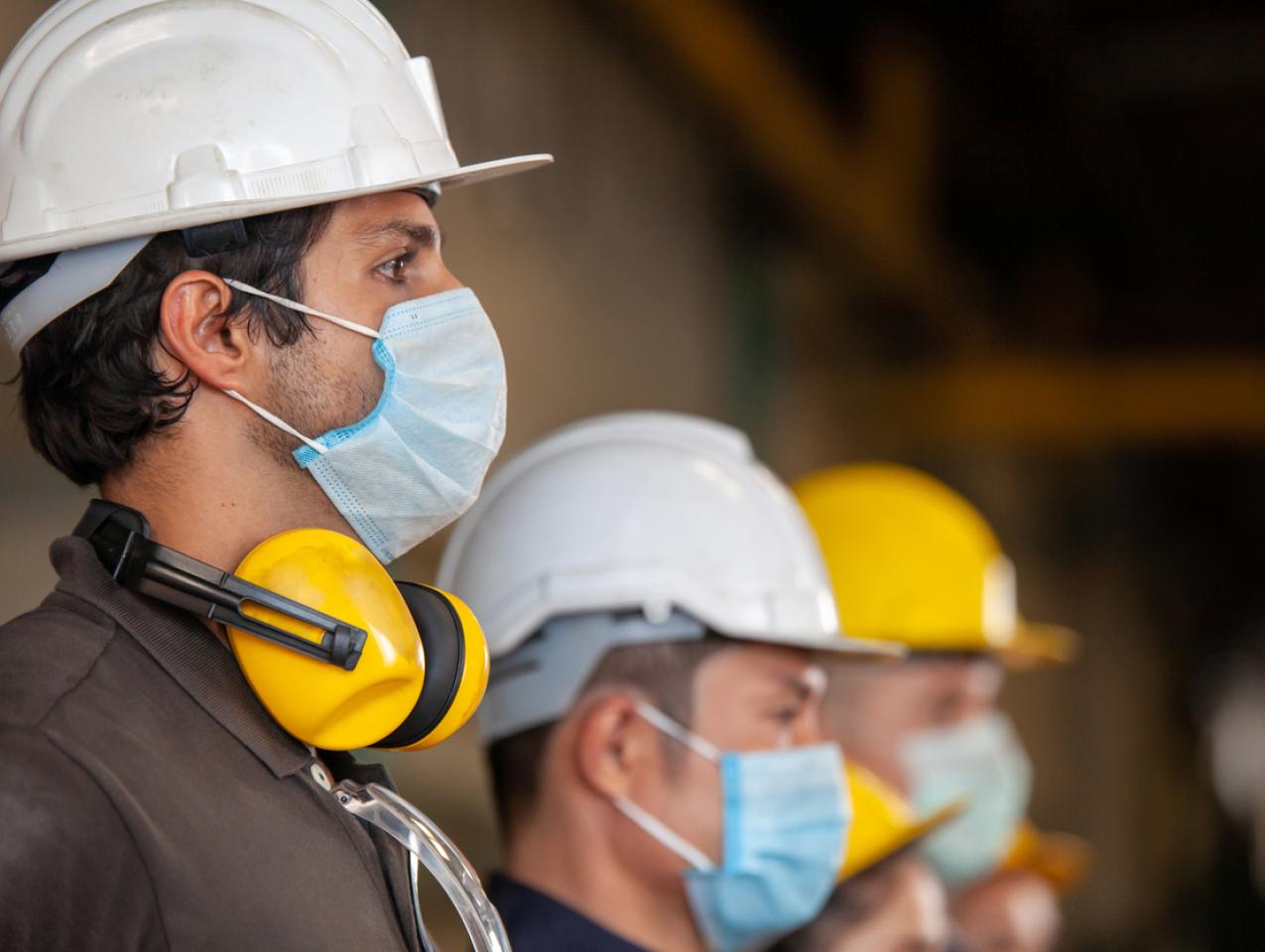 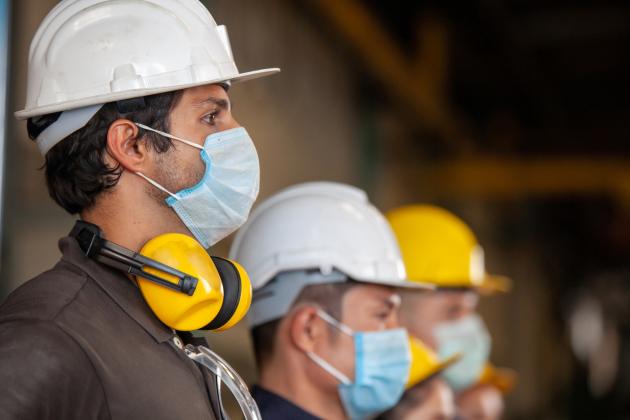 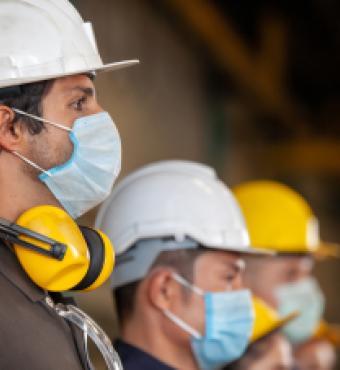 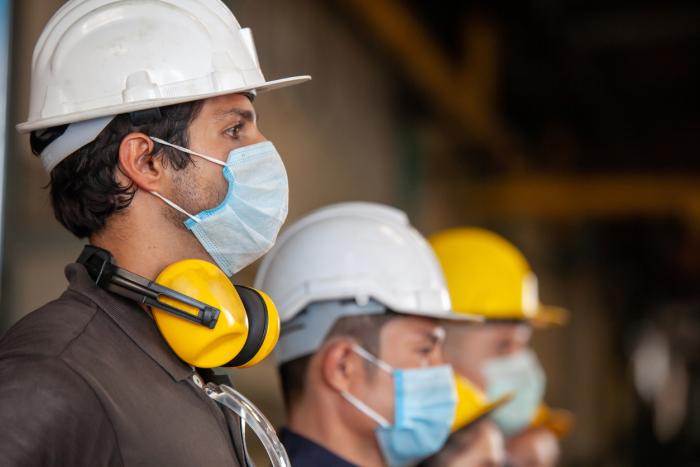 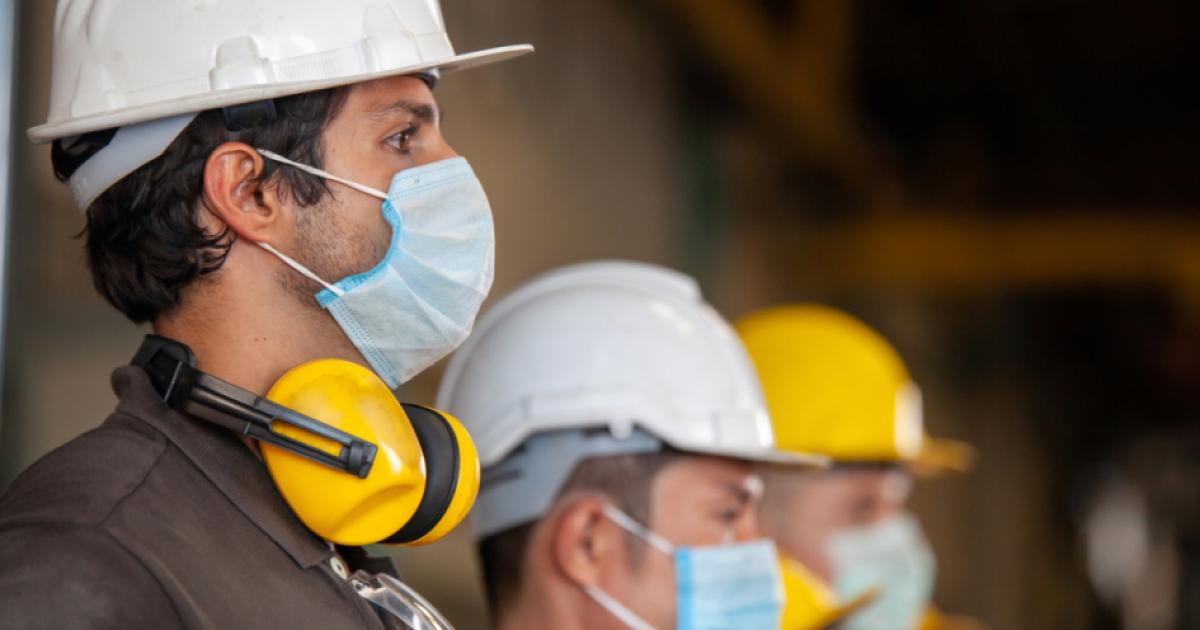 The Biden administration has proposed a $1.75 trillion Build Back Better (BBB), or social “infrastructure” spending bill. That effort should not be viewed solely as a modest financial initiative, for many of its worst provisions have nothing to do with either government spending or budgeting as such. Rather, the bill contains novel and aggressive labor law provisions that seek to make good on President Biden’s pledge to be “the most pro-union president you’ve ever seen.” These provisions use both the stick and the carrot.  The stick seeks to strengthen two familiar standbys of American law, the National Labor Relations Act (1935) (NLRA) and the Fair Labor Standards Act (1938) (FLSA), which are both New Deal carryovers. The carrot comes from offering a set of sweetened subsidies for renewable-energy projects that meet the prevailing wage and apprentice requirements—often a code word for union wages dating back to the Davis-Bacon Act of 1931. Look at them in order.

The proposed amendments to the NLRA read like a union wish list, by allowing the National Labor Relations Board (NLRB) to impose financial penalties of up to $100,000 for each discharge or “other serious economic harm,” backed by penalties of up to $50,000 for lesser offenses, including small technical compliance issues. And in the end, there is also the possibility of imposing liability on corporate officers and directors for these violations. But of course, there are no proposed increases in penalties for any unfair labor practices committed by unions.

The stiffening of financial penalties carries over to the FLSA, for violations of its convoluted minimum wage and overtime provisions, all of which impose tenfold increases over current penalty levels. The maximum penalty for any individual violation of the minimum wage and overtime rules jumps from $1,100 to $20,740, while those for taking worker tips vaults from $1,100 to $11,620. Similar increases of tenfold or more are imposed for each violation of the child labor provisions of the act.

What is sorely lacking is any public justification for making these structural changes. The major changes do not deal with health and safety issues but with the alteration of economic power in the workplace. Under the current situation, it is exceedingly difficult for unions to make major inroads into large American firms, as is evident from the recent union defeats in their efforts to organize Amazon in Alabama and Volkswagen in Tennessee. Union leaders often talk of making a comeback by using savvier marketing and more charismatic leaders. But, the truth is that unions will never reverse the decline from the earlier glory days before 1960 or 1970. Unions fail because they are an obsolete form of social organization that cannot compete with more nimble nonunionized firms. Today, fewer tariff barriers protect American firms from foreign competition, and so there are fewer opportunities for unions to claim a share of the economic rents that these firms no longer can generate under former protectionist policies. Rapid technological change makes rigid job classifications costly, and the risk of disruptive strikes or lockouts drives many workers to prefer stable long-term incomes to short-term higher wages that could disappear with closures or shrinkages that follow overburdening firms. Additionally, these structural explanations make it hard, if not impossible, to charge employers as a group with any form of abusive labor practices.

In this situation, the Biden administration hopes to shift the balance of power to organized labor by imposing a higher price on employers for resisting unionization efforts. The Department of Labor (DOL), for example, enforces the minimum wage and overtime regulations. Thus, one way to avoid these penalties is to sign on with unions, in order to reduce its enforcement threats. In this context, it is an idle fantasy to pretend that law-abiding employers have nothing to fear from government agencies jacking up fines on lawbreakers. Employers are well aware that both DOL and the NLRB today are populated by Democratic appointees who are strongly pro-labor and possess the power to investigate and charge firms with unfair labor practices in countless cases even with conflicting evidence. The mere threat of investigation is made even more powerful if the NLRB is not restricted to ordering back pay and reinstatement orders, as it is today, but empowered to impose penalties that, when aggregated, can destroy the profitability or even the viability of a firm. The Biden team hopes that firms will realize the folly of resistance and accept, even reluctantly, unionizations as the lesser evil.

Unfortunately, other less rosy scenarios are equally likely. Firms could restructure their workforce to reduce the need for union labor: they could locate only in areas with antiunion sentiment. They could take their operations overseas or increase purchases from foreign suppliers. Ultimately, they could simply close down, leaving everyone worse off by reducing opportunities for investment and employment. At the same time, the Biden proposals offer a strong reason for foreign firms never to invest in the United States, thereby further diluting job opportunities for the workforce at home.

The social prognosis is grim even if beleaguered domestic firms capitulate to union demands. Union leaders repeat the familiar charge that the huge infrastructure investment heralds an age in which, as union leader Russ Breckenridge insists, “we need to make sure that the jobs created are family-sustaining jobs that give all workers a shot at the middle class.” It can’t happen. The benefits of union membership are captured solely by union members. Other workers and their families are hurt by the reduction in available jobs at key firms. And these excluded workers pay higher prices for union-made goods and have to endure the risks that slowdowns and strikes will further impair their welfare.

Put otherwise, unions exercise a strong level of monopoly power, which reduces overall social welfare. Indeed, unions are more disruptive to economic growth than business monopolies because they have to meet strong distributional requirements to keep a majority of their workers happy. Hence, inefficient work arrangements, of which featherbedding is only the most conspicuous example, are part and parcel of union arrangements. The purported increase in job stability for union workers makes matters worse for everyone else. The Biden reforms thus undo much of the gain that the BBB program hopes to create by increasing the cost of construction, and thereby reducing the number of successful projects.

These losses in social welfare are borne by those industries that the BBB does not see fit to subsidize. The point is made clear by looking at the ill-advised program that in its current form offers a fivefold increase in subsidies for renewable-energy firms that hire American labor. These subsidies are no better than any other economic subsidy that favors one group of firms over their direct competitors. They distort relative prices so that inferior firms remain operational, while the taxpayer picks up part of the bill. Even if one thought that any subsidies for the renewable-energy industry were appropriate, why spend government money to subsidize unionized firms at the expense of their more efficient competitors? And why disfavor foreign competition to support the current program? American firms seek to sell in domestic and foreign markets. If they are unable to buy cheaper or superior products from overseas, their own products will be both costlier and of lower quality than need be. Hence, the loss of anticipated exports further reduces opportunities for American workers. And the higher prices in the domestic market will reduce downstream production, thereby creating social losses throughout the supply chain for the very middle class family Biden wants to protect.

And one bad precedent could lead to other cases, until union contractors get systematic preferences over nonunionized firms. These implicit unionized subsidies are a serious deviation from the original plan of the NLRA, which was to protect worker rights both to organize and not to organize. No state could get away with offering this type of inducement because their actions would be pre-empted for upsetting the previous balance struck by federal law. Sadly, the federal government might get away with this scheme, because pre-emption is no longer the issue. But that result comes at the cost of undermining the efficiency of American product and labor markets.

So, the question remains whether the Biden forces can have their way. If this particular bill were put to a vote in the Senate, it could not attract the support of a single Republican senator and thus would fall to the sixty-vote filibuster requirement, which is worth its weight in gold for preventing such partisan legislation. Thus, the Democrats hope to secure passage of BBB through the budget reconciliation process that allows for simple majorities to pass “certain tax, spending, and debt legislation.” Their previous effort was blocked by the Senate parliamentarian when they sought to secure a $15 minimum wage through this process. That same result should hold here.

It would be a national tragedy if a tiny partisan majority could push through major legislation without any bipartisan support at all. Institutional safeguards really matter—a bill that deserves to be defeated on its merits should never become law through such back-door methods.