The Problem With Antidiscrimination Laws

Markets, not government diktats, are a better route to freedom and equality. 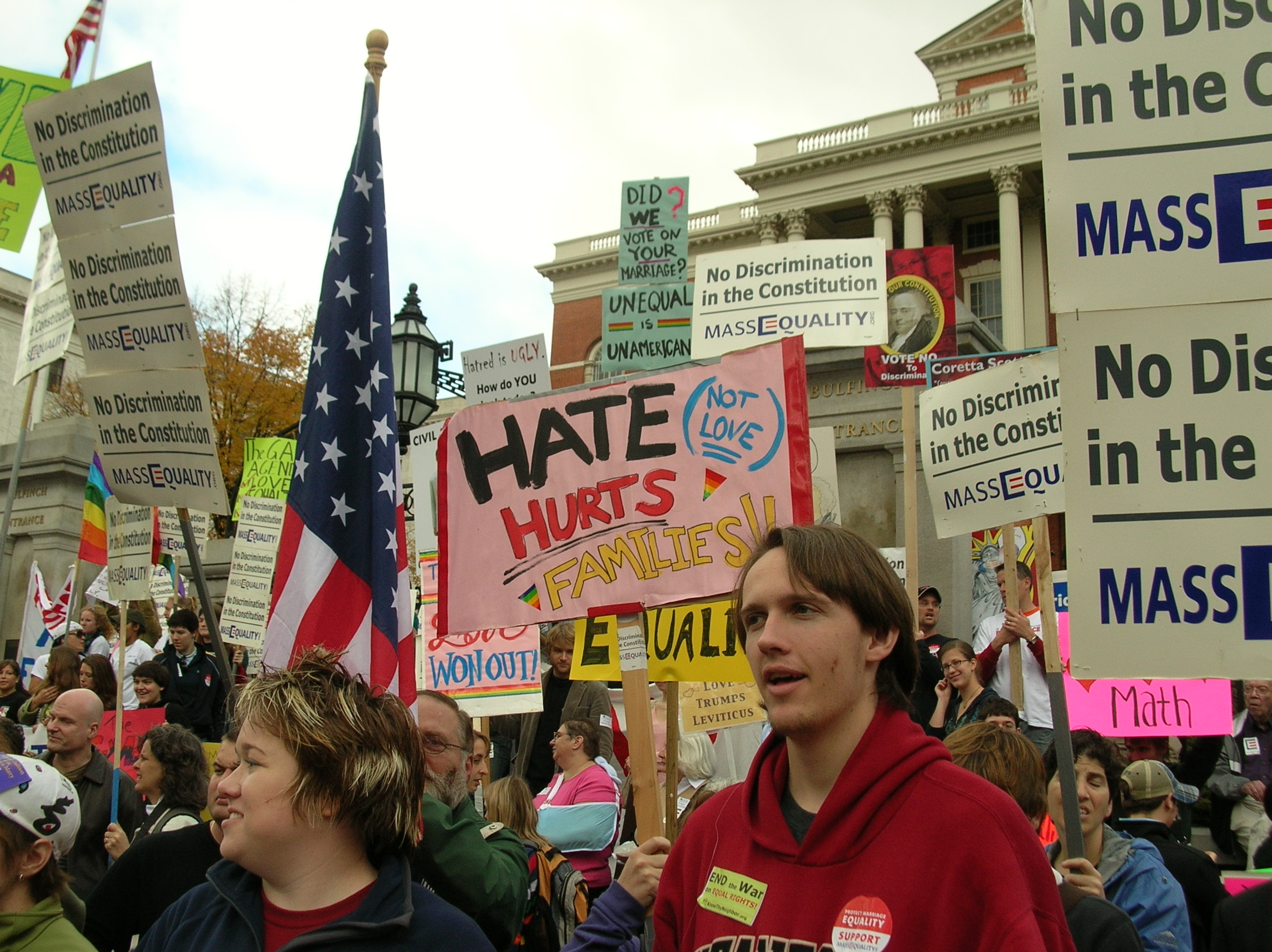 The Problem With Antidiscrimination Laws 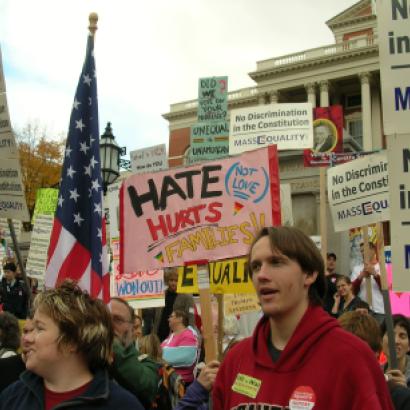 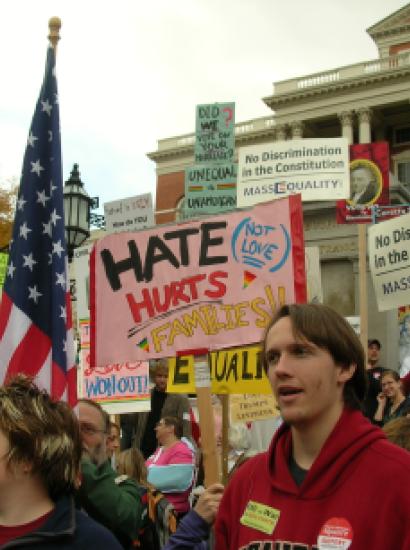 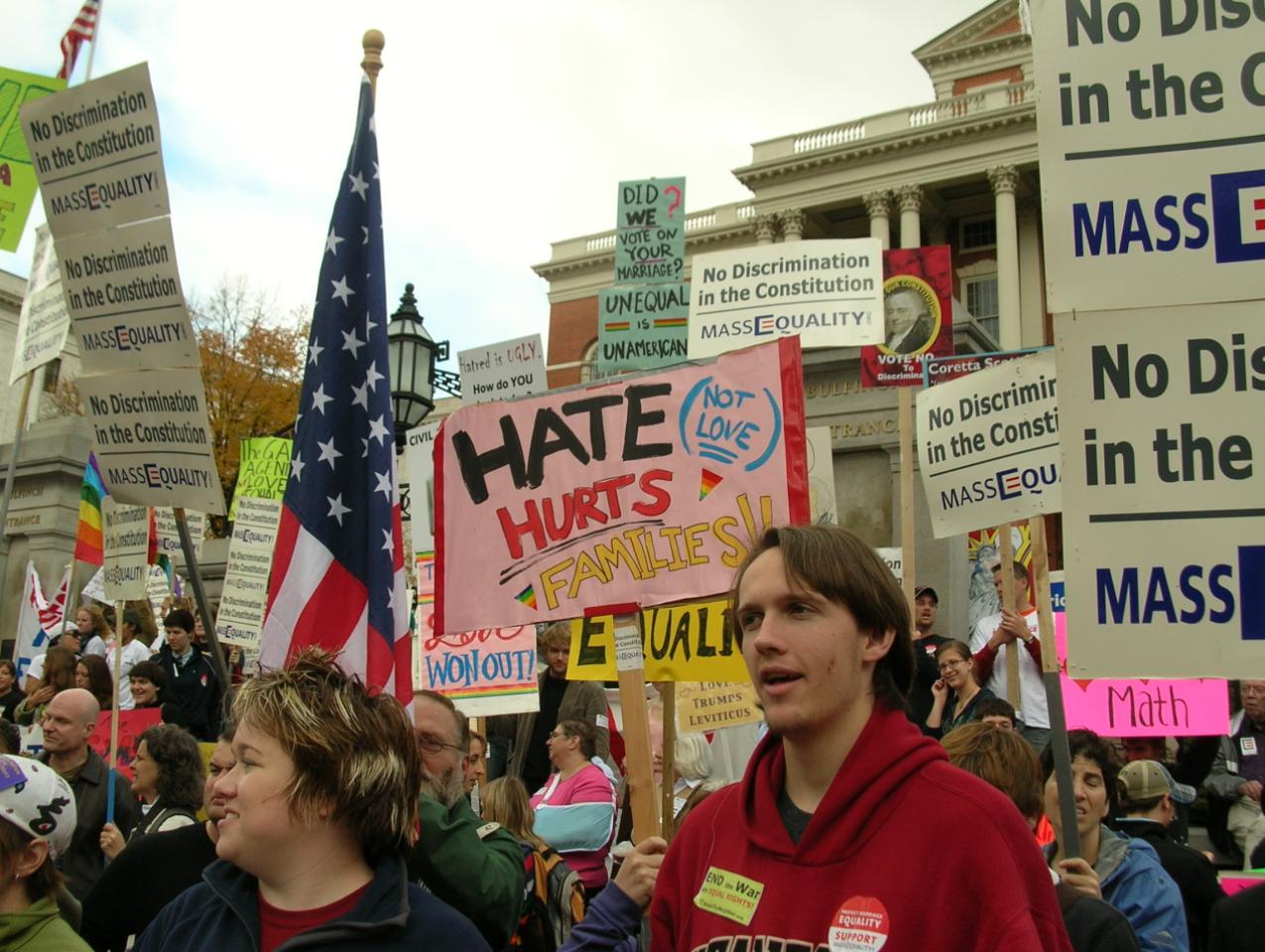 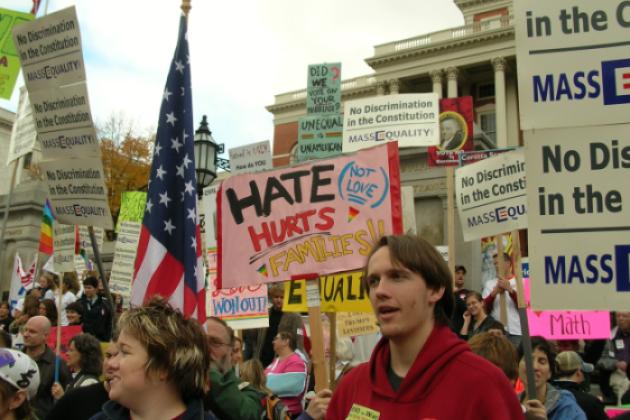 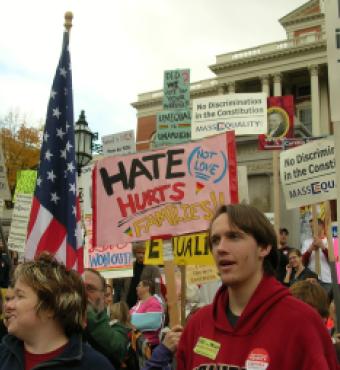 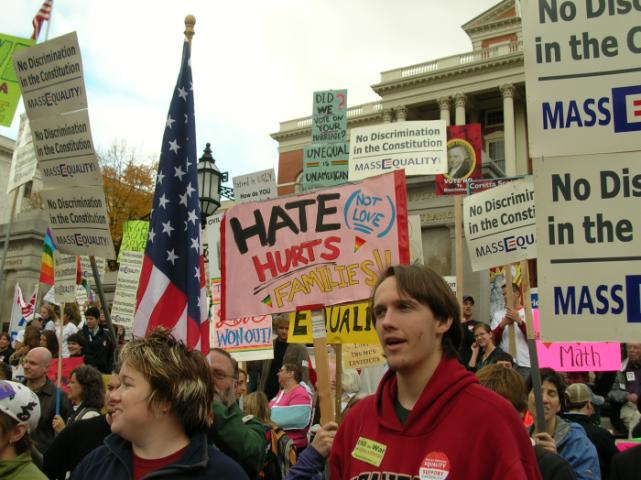 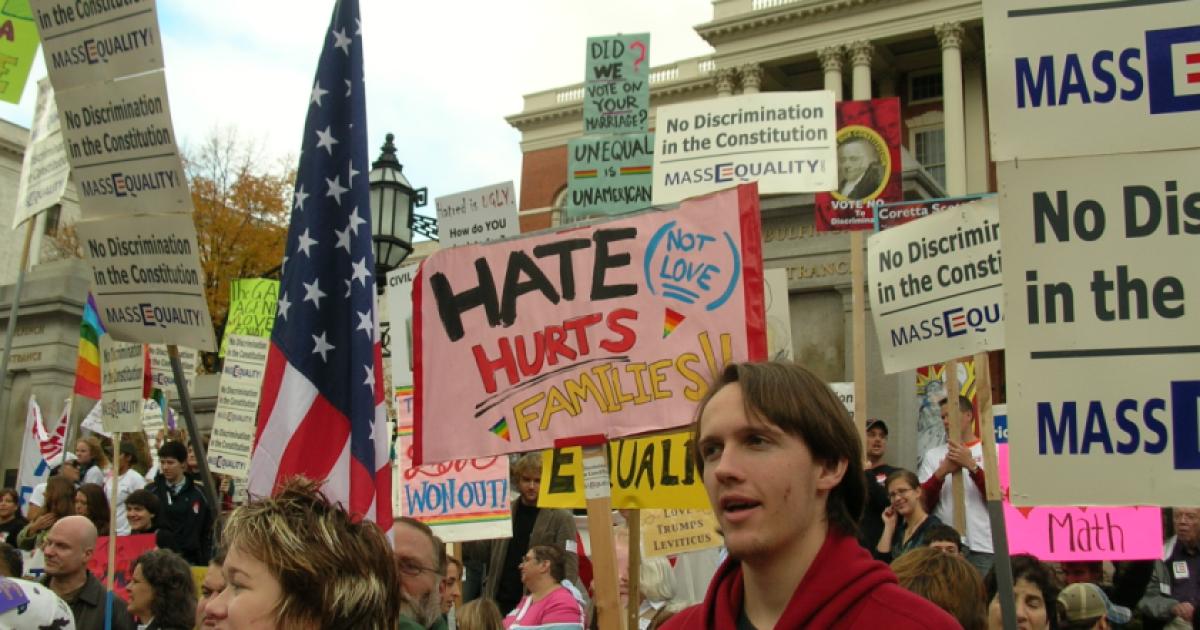 My column of last week, The War Against Religious Liberty, addressed the combustible mixture of the antidiscrimination norm and religious liberty, as it applies to ordinary businesses that do ordinary things, like taking photographs and baking wedding cakes. In dealing with that issue, I implicitly accepted the common premise that the antidiscrimination laws as they apply to public accommodations are an acceptable part of the American legal culture, so that the one remaining serious question is what governments should do when small businesses in competitive markets are asked to perform services that cut against their sincere religious beliefs. For the most part, these conflicts are rare, but they do occur with regularity when religious Christians object on grounds of conscience to providing services for same-sex marriages and similar commitment ceremonies.

The standard method for dealing with these conflicts is to introduce a three-step balancing test under both the federal and state versions of the Religious Freedom Restoration Act. The first step asks whether a presumptive exemption is appropriate because the law places a substantial burden on the exercise of a religious liberty. That question is answered in the affirmative when individuals are asked to engage in close collaborative efforts. But it is answered in the negative when the transaction involves only the sale of prepackaged and standardized goods in routine market transactions. Next, where the burden is substantial, does the state have a compelling interest in imposing its antidiscrimination law? All too often today that interest is found, which leads to a simple decree that the service must be provided on pain of a fine or other sanctions, even for services readily available elsewhere. Finally, that state interest is to be satisfied in the least restrictive possible manner, which in this context means offering the requested service or going out of business.

This conventional approach sets up a large and persistent clash between the antidiscrimination law and religious liberty. Much of that problem rightly disappears if we ask the right fundamental question: why and when do we have any antidiscrimination law at all? In examining this issue, it is critical to return to fundamental legal principles that antedate the passage of the Civil Rights Act of 1964, which extended the antidiscrimination principle first to “public accommodations” under Title II of the Act, and then to employment relations under Title VII.

Historically, the nondiscrimination rule was applied first to common carriers and then to public utilities because both were typically supplied by firms that had a monopoly position in the relevant market, which meant that a refusal of the operator of those facilities to supply the service to all comers left disappointed customers quite literally out in the cold. Nonetheless, the antidiscrimination principle was confined to those cases, so that in competitive markets any person could for any reason offer whatever goods and services he or she had on whatever terms and conditions that he or she saw fit to make.

The basic rule was stated with commendable clarity by Lord Ellenborough in England as early as 1810. In Allnutt v. Inglis, he wrote that in general every person “may fix what price he pleases on his own property,” but “if he will take the benefit of a monopoly, he must as an equivalent perform the duty attached to it on reasonable terms.” That principle worked its way into American public utility regulation as a constitutional matter in the 1876 decision of Munn v. Illinois. Over time its full elaboration denied that any common carrier or public utility had the power to turn away customers who had no reasonable alternative for obtaining service.

Yet, by the same token, that monopolist cannot be required to operate that service at a loss, and therefore is entitled to charge reasonable and nondiscriminatory rates. The first of these two terms signals that the monopolist’s profits should, on a risk-adjusted basis, be held down to competitive levels, without forcing it to operate at a loss. The second contains the core of the nondiscrimination principle, which states that the monopolist cannot play favorites among its customers in a given class (e.g. residential versus commercial services, or freight versus passenger service) by selectively boosting rates, most especially on grounds of race or sex. The only permissible rate differential reflects a differential cost of providing service.

In this context, the key predicate for the application of the nondiscrimination rule is the control over monopoly power. It follows therefore by this logic that in competitive markets there is no place for the antidiscrimination norm, so that the elaborate accommodations under a Religious Freedom Restoration Act need not be made at all.

The key inquiry therefore is how best to identify when those competitive conditions hold. In the run-up to the 1964 Civil Rights Act the great impetus behind the passage of Title II was the widespread and conspicuous stories of motels and restaurants refusing to provide service to their black customers on equal terms with white customers, assuming that they were willing to provide for them at all. At this point, there is an evident breakdown in the operation of competitive markets, because it seems evident that some merchants—most notably national restaurant and hotel chains—that provided open service in the North were unable to do so in the South. The explanation in large measure rested on the combined threats of a segregationist establishment backed by private violence, which made entry of new businesses into the market to serve disfavored groups a near impossibility. The great achievement of the Civil Rights Act of 1964 was to smash these official and private barriers to open services. Once released, competitive forces took over, and the short-term crisis came to an end.

It is important, however, to draw the right lesson from the horrific experience of segregation. That lesson is that if competitive market forces are allowed to work, the problem of discrimination will be solved by the entry of new firms who will cater to mass markets, wholly without legal compulsion. That was certainly the case in Indiana before the passage of its Religious Freedom Restoration Act. There were no legal rules that prohibited discrimination in public accommodations against gays and lesbians, and there was no want of service.

Marriage markets are of course different, because now the identity of the parties really matters along the lines of race and sex, which are the primary targets of antidiscrimination laws in public markets. It is well known that there is an active market that competes vigorously for same-sex-marriage couples in explicit and unmistakable terms. A quick Google search for “same sex wedding venues” revealed about 369,000 entries in that niche. For example, GayDestinationWeddings is “created expressly to serve the needs and exceed the expectations of the LGBTQ community.” From the website, it appears that it discriminates against traditional heterosexual couples. This reads like a flat-out violation of the new civil rights laws, but who cares? The fact that every entrepreneur does not choose to enter every niche in the larger wedding market is at most an irrelevant detail to the overall health of the market. The abundance of competitive alternatives means that federal and state governments never have a legitimate interest in forcing unwilling people into business with others. Thus, the need for the complex RFRA structure collapses.

But at this point, the response will be to play the race card. If you allow firms to refuse to service gay and lesbian individuals, then it becomes legal to refuse service to black persons as well. Precisely—at least if the legal principle is correctly stated. It would be a gross injustice of the first order to say that white people could refuse to service black people, but that black people were duty-bound to service white people. But the principle of freedom of association does not take that one-sided view of the problem. It says rather that all individuals can choose their trading partners as they see fit. This principle in effect allows for all sorts of associations to flourish.

Another quick Google search got me to Black Bride, “The Premier Online Resource for Brides of Color,” an attractive web site whose very existence looks like a per se violation of the Civil Rights Act. It is an open question of whether a strict color-blind principle could allow such important businesses to flourish. But as matters pan out, it takes but a single click to get the interested customer to a website that is devoted to multicultural interracial weddings, and then realize that a strict public accommodation law is a real threat to social diversity.

This particular rule is not confined to weddings. One of the great debates of the modern era is whether the color-blind principle of the Civil Rights Act renders affirmative action programs illegal for private businesses, colleges, and charitable institutions that wish to implement them. The worst approach to this question is to say that these institutions are allowed to follow their policies only if they can make out some special reason for doing so. That will only clutter the issue with claims about the vast benefits of diversity, which could be true in some cases, even if they are false in others. But why should institutions have to make these claims to do what they want? Just let any private institution that wants to deviate from a color- or sex-blind principle do so, which means that private colleges and universities should be free of the yoke of Title IX, whose antidiscrimination diktats have thrown a huge monkey-wrench into college athletics. University administrators will not be tone-deaf on these issues, even without the government peering over their shoulders.

The great mistake of the public accommodations provision of the 1964 Civil Rights Act is that it cut too broadly in covering all hotels, restaurants, and places of entertainment. Now that organized segregation and the systematic violence that enforced it have been vanquished, I am willing to bear indignant cries from anyone who objects to my effort to limit the nondiscrimination principle of Title II to common carriers and public utilities, where they blunt the risks of monopoly power in the provision of standardized services. To be sure, as a matter of political economy, it is unwise to mount a legal revolution to attack on principle a widely supported statute whose basic application causes no harm. But by the same token, the uncritical acceptance of the view that these public accommodation laws are so important that they should sweep everything else aside has produced serious dislocations where there is a horrible fit between the legal command and the social practice.

It is for that reason that it is important in the current environment to play the balancing game in the correct fashion, which means that we have to be very chary of expanding the notion of “compelling state interest” so that it becomes a weapon to create a two-tier society that privileges the claims of black voters, as in the recent Alabama Black Caucus case, and of gay and lesbian consumers, as in the battle over the Indiana RFRA law. The one safe principle is to allow competition to flourish in the market for goods and services, and to keep to the color-blind principle in the public dispensation of goods and services for all citizens, regardless of their legitimate claims of self-identification.