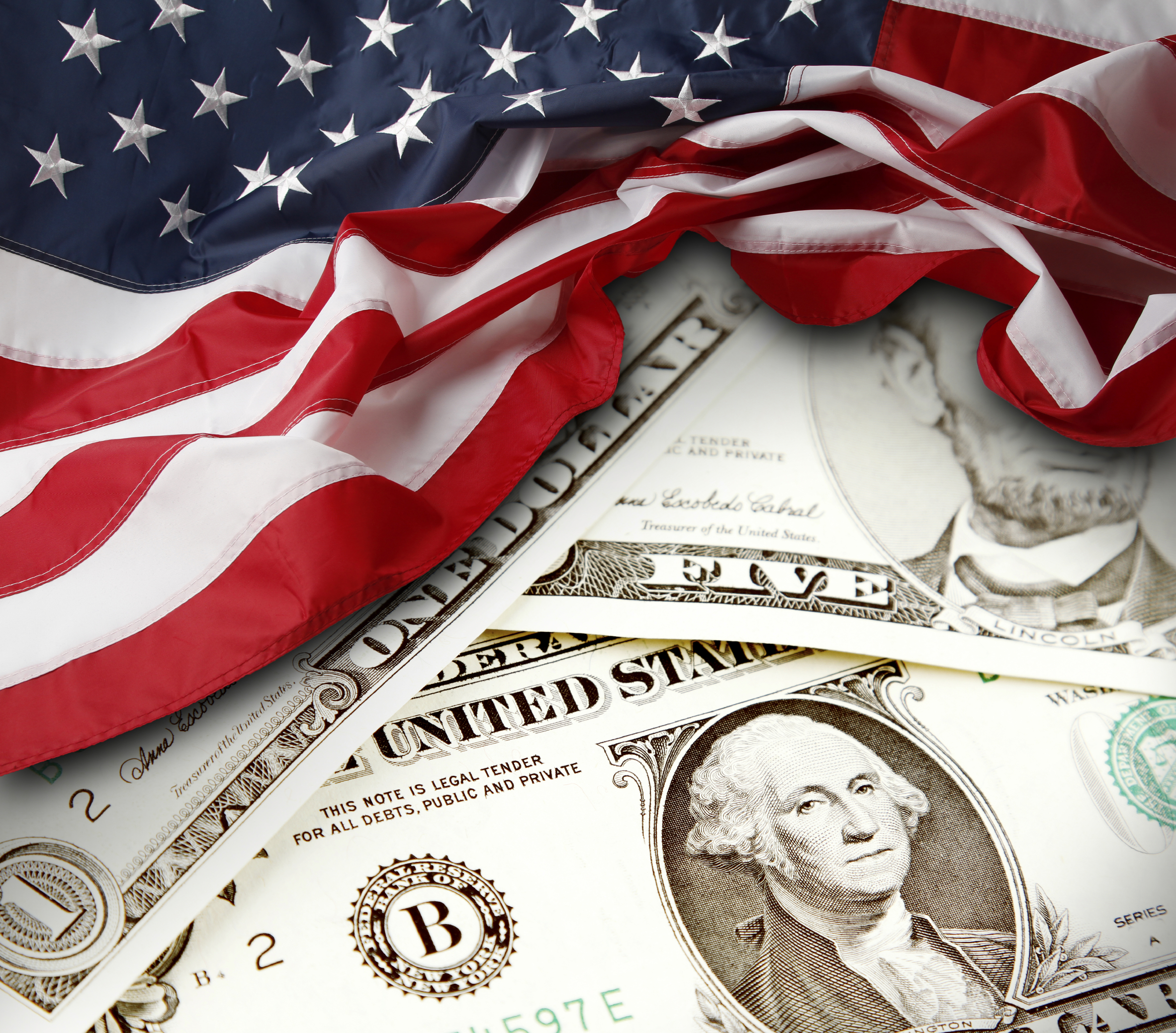 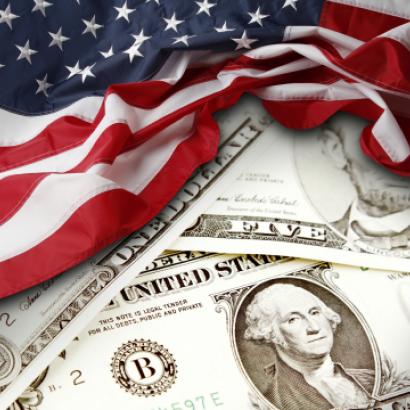 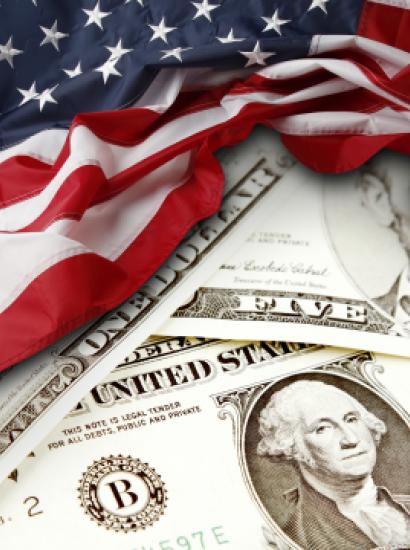 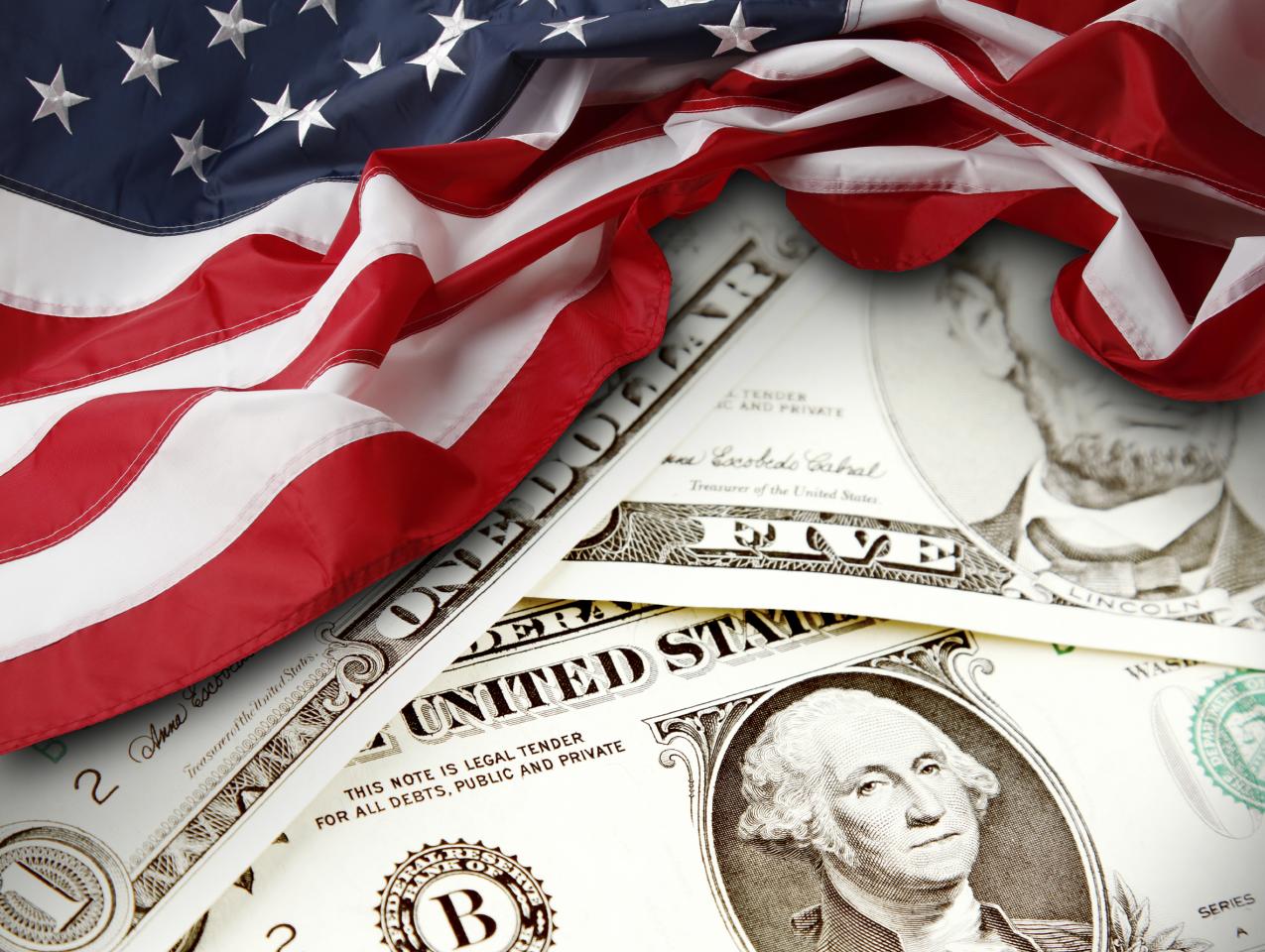 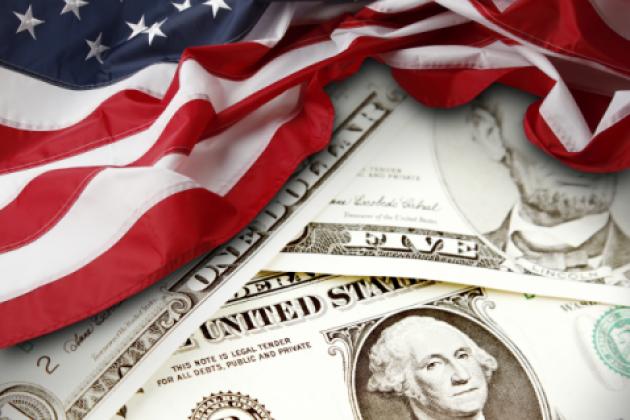 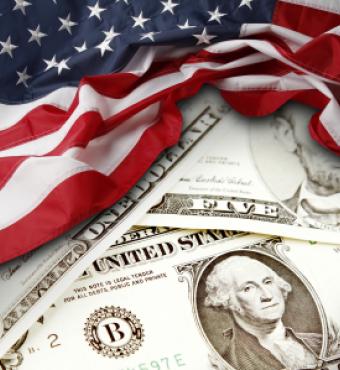 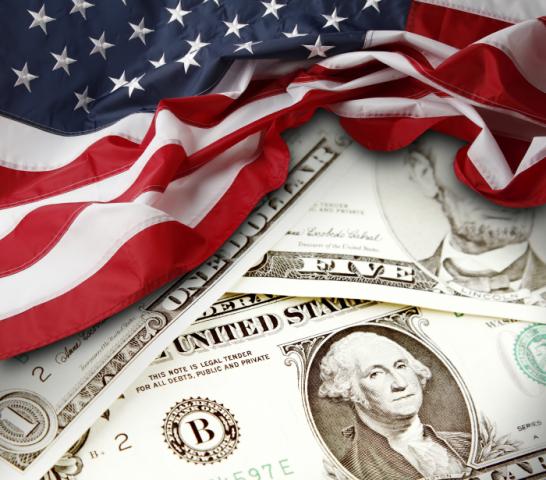 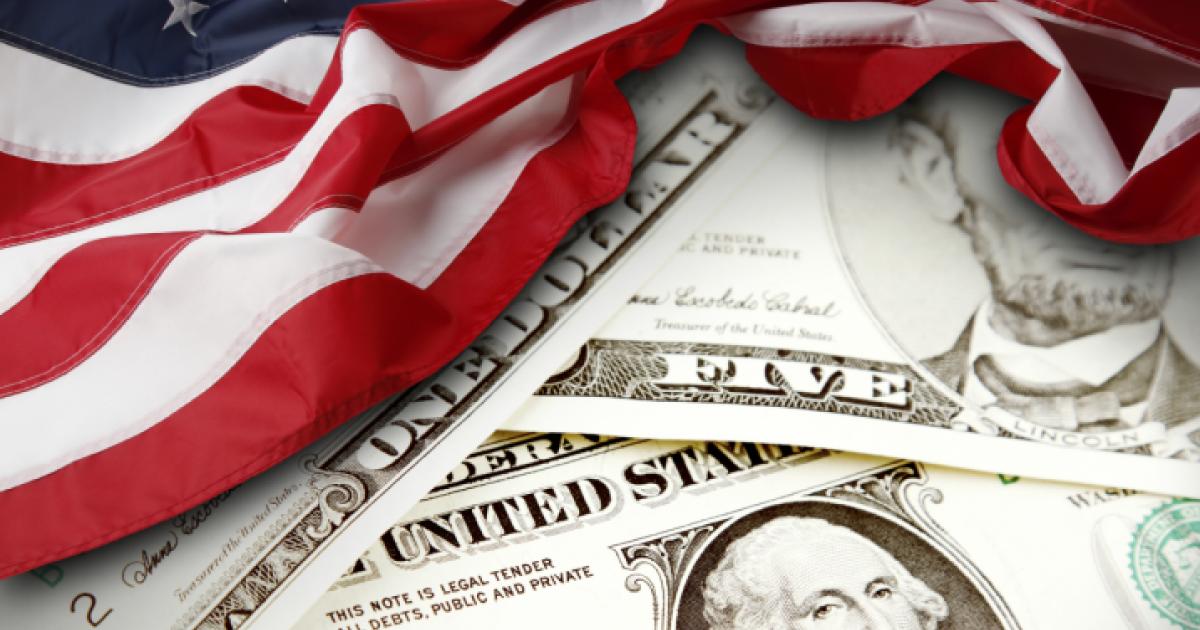 A recent story in the Wall Street Journal foretells a grim financial future for Connecticut, the wealthiest state in the union by per capita income. Its great wealth, however, does not translate into financial stability. For this coming year, the state expects a $400 million shortfall in tax collections that will only compound its looming budget deficit of some $5.1 billion, attributable to the usual suspects: service on existing debt, a lowered credit rating, surging pension obligations, runaway health care expenditures, and a declining population. In both 2011 and 2015, Connecticut Governor Dannel Malloy sought to fill the fiscal gap by engineering two tax increases on the state’s wealthiest citizens, so that today the state’s highest tax bracket is 6.99 percent. Under the state’s tax pyramid, about one-third of the state’s $7-billion budget is paid by the several thousand people earning over $1 million per year.

But reality has finally set in. Kevin Sullivan, head of Connecticut’s tax commission, has conceded that “you can’t go back to that well again.” Determined progressives may claim the path to prosperity remains blue. But sooner or later, the bubble has to burst. Even the well-heeled individuals willing to pay high taxes for superior services will cut back their business activities or flee when fleeced. Massive government wealth transfers cannot succeed if those whose wealth is to be transferred end up leaving the state altogether. Indeed, in some cases, the departure of just one billionaire can lead to a hole in the budget, as with David Tepper’s departure from New Jersey.

But if Governor Malloy has thrown in the towel on higher taxation, he has not offered any alternative program that will allow Connecticut to escape from its economic doldrums. Yet there is a path forward. His state can return to financial health if it reverses its policy course and removes many of its vaunted restrictions on labor and real estate markets. Fortunately, states have no power over interest rates and the money supply, so in order to survive, they are forced to look inward to make the necessary changes.

The situation in Connecticut is mirrored by equal, if not greater, problems elsewhere, including in my home state of Illinois, which is in the midst of an unending fiscal crisis. But fortunately in Illinois there is a nascent movement for more genuine reform being spearheaded by the Illinois Policy Institute that recently released a book, An Illinois Constitution for the Twenty-First Century (for which I wrote the Introduction). The situation in Illinois (and Chicago) is dire. Once again, the simple explanation is that the state has long lived beyond its means. Right now, it has over $14.3 billion in unpaid bills, and growing.

As this volume indicates, Illinois needs a full-court press that addresses such key governance issues as redistricting, term limits, sunset laws, and its Constitution’s Amendment process. And politically, it is imperative to end Michael Madigan’s decades-long rule as Speaker of the Illinois Assembly.

Just last week, Butterball announced that it is closing its Montgomery factory west of Chicago, costing the state some 600 jobs. In response, it is easy to point to cheap imports from Mexico and other low-cost labor centers as the source of the problem. But that form of economic myopia ignores the powerful truth that it is only the poorly run states that suffer systematic competitive losses. It might be wiser for Illinois to find ways to reduce its sky-high worker’s compensation premiums, which help explain why companies like Hoist Liftruck have shuttered its Illinois plants, only to open up business in East Chicago, Indiana, taking many employees along for the ride. The difference in worker’s comp premiums between the two states is more than two-fold, with Illinois at $2.23 per $100 of payroll and Indiana at $1.05. The bottom line is that doing business in Indiana saved Hoist over $1 million in worker’s comp premiums in its first year alone.

But the long-term economic focus shouldn’t be exclusively on existing plants that move across state lines. Equally important is the business of attracting new firms with high growth potential, all of which have extensive choices on where to locate their new facilities. States like Illinois, Connecticut, and California are often last on the list of possible destinations.

Fortunately, under our federalist system, Illinois cannot do anything to stop current firms from leaving. But it can do something constructive to keep existing firms and lure new ones in. It can make the business climate more attractive by reducing the combined tax and regulatory burden. One useful indication of how this all works is found in Kentucky, which was able to attract a $1.3 billion investment in a state-of-the-art aluminum mill, creating some 550 new jobs in the state. The mill company’s CEO, Craig Bouchard, had previously been burned in dealing with unionized steel plants, which is one reason why he chose Kentucky, a right-to-work state, for the new plant. There, he does not face the same risk of union interference as he did with his previous steel mill in Illinois, where the United Steelworkers (whose labor contracts gave it powerful leverage to block any sale) forced Bouchard to do business with a Russian company that subsequently went out of business, costing Illinois yet more jobs.

Importantly, right-to-work laws don’t mean the end of unionization. In fact, as the Mackinac Center reports, union job growth is greater in right-to-work states than in non-right-to-work states. Two factors account for this. First, when businesses relocate to right-to-work states, the relative size of those states’ respective work forces increases, providing a larger base of employees for unions to draw from. Second, since right-to-work laws give employees an easy exit option out of union membership, unions have incentives to offer better terms to their members, and to shy away from the confrontational strategies with employers that lead to strikes and other counterproductive activities. Further, once employers know that unions are more constrained, their resistance to them should, and does, soften. As in all areas, the first job of sound public policy is to expand the overall size of the pie, not to try to increase the size of one single slice, as progressive policies routinely do.

The powerful position of labor unions in the public sector also accounts for a second major dislocation in state and local governments, which is the persistent and unsustainable increase in pension obligations. In states like Illinois and California, public pensions created vested rights that give government employees, by state constitutional mandate no less, first-dibs on state revenues, making it increasingly difficult to discharge the standard functions that states have in providing police protection, educational services, roads and many other obligations. No one advocates ending all pensions, but it is critical to pare down the size of benefits for existing pensioners, and to require additional contributions from current workers to bring the system back into balance. State and local pensioners have to take their share of the hurt.

The size of the problem is well-captured in this thumbnail summary of the Illinois pension problem by economist Diana Furchtgott-Roth: “The actuarial unfunded liabilities for Illinois’s pension plans stood at $111 billion for fiscal year 2015, according to government estimates. The liabilities increased by more than 600 percent between 1999 and 2013 in nominal terms, and by more than 450 percent in real terms.”

This is clearly unsustainable, and no ill-conceived set of tax increases will be able to cover such an enormous expense. With respect to future employees, a shift to defined contribution plans should help matters, because under these plans, the worker has full responsibility for pension contributions, so these contributions do not constitute a major liability on the government balance sheets. But those future gains are too little and too late unless current pension liabilities can be pared back to prevent a looming fiscal crisis. The difficulty of this task has been compounded by the Illinois courts, which have refused to allow the legislature to narrow the ruinous state guarantee of pension payments.

It is quite clear that Illinois has passed the point of no return, even if Connecticut has not. But owing to the embedded political powers, little if anything can be done to salvage a situation that is careening toward disaster. Fortunately, the damage will be confined within the borders of the state unless the United States supplies an ill-advised bailout. That’s the beauty of our federalist system. In perhaps the most famous single remark on the matter, Justice Louis Brandeis wrote in 1932 that “a State may, if its citizens choose, serve as a laboratory; and try novel social and economic experiments without risk to the rest of the country.” Some of those experiments succeed. But many of them—as even the progressive Brandeis knew—fail.