The Promise of Government

In 2019, some wonder if American government has the power to persist in the same ways as we’ve known it, while adapting to the future and delivering on the same values. The headlines focus on budget cuts, failed technology projects, vendors accused of overbilling, and a government left behind in the race toward a digital world. Government is the most powerful and ever-present institution in our lives—influencing the food we eat, the water we drink, the streets we drive on, the homes we live in, the air we breathe. Do the agencies we rely on to perpetuate our lives have the steadfastness to adjust? 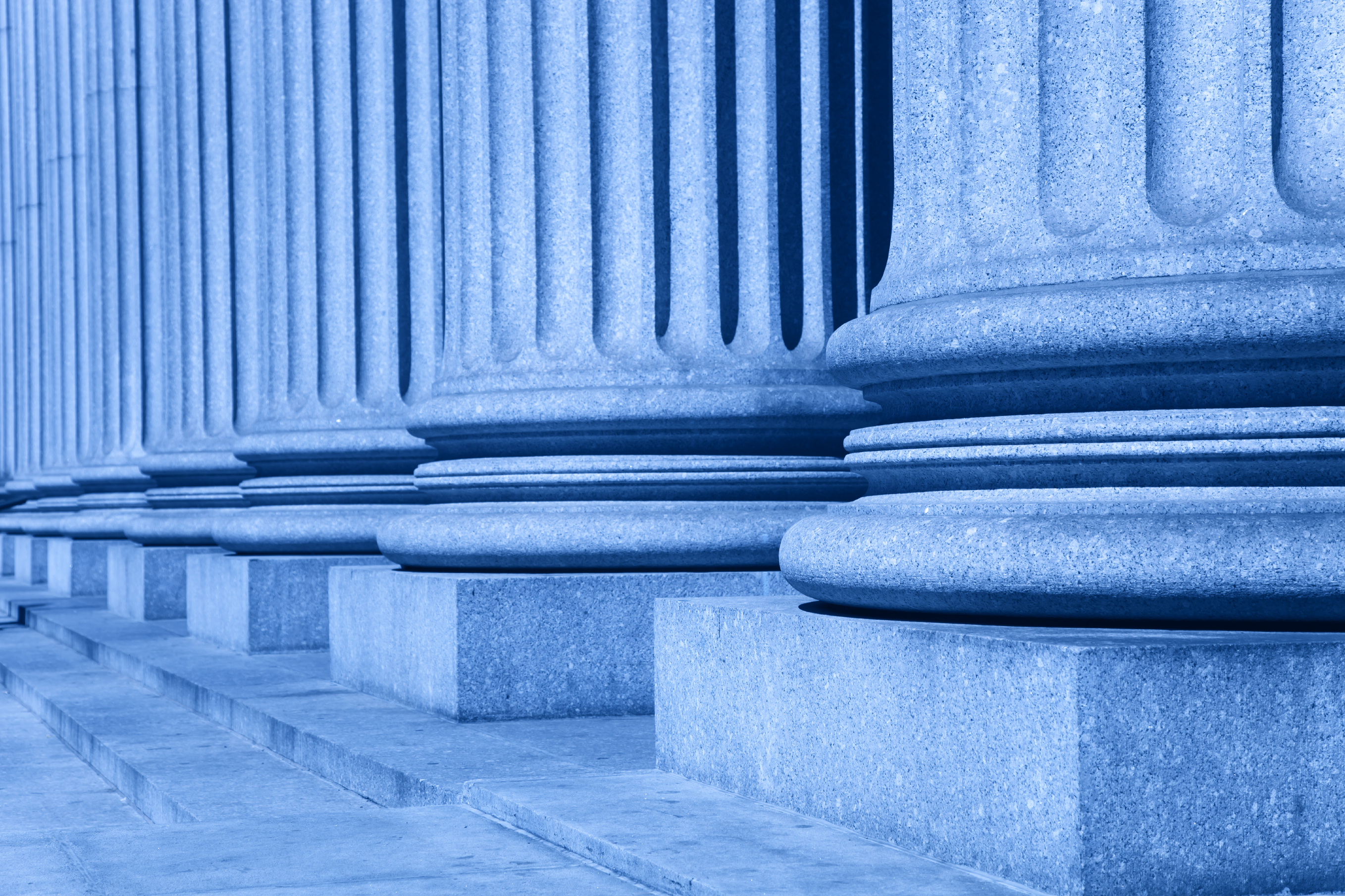 The Promise of Government 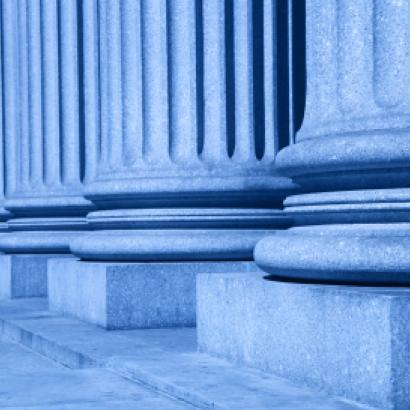 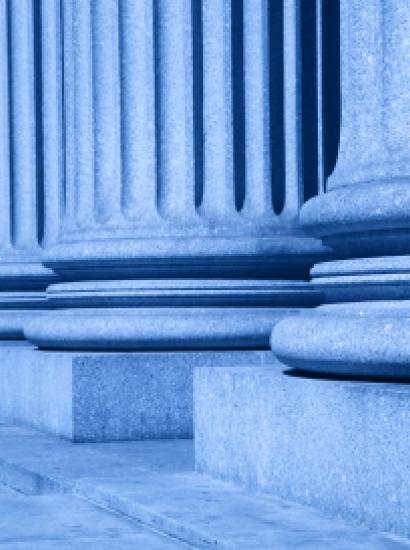 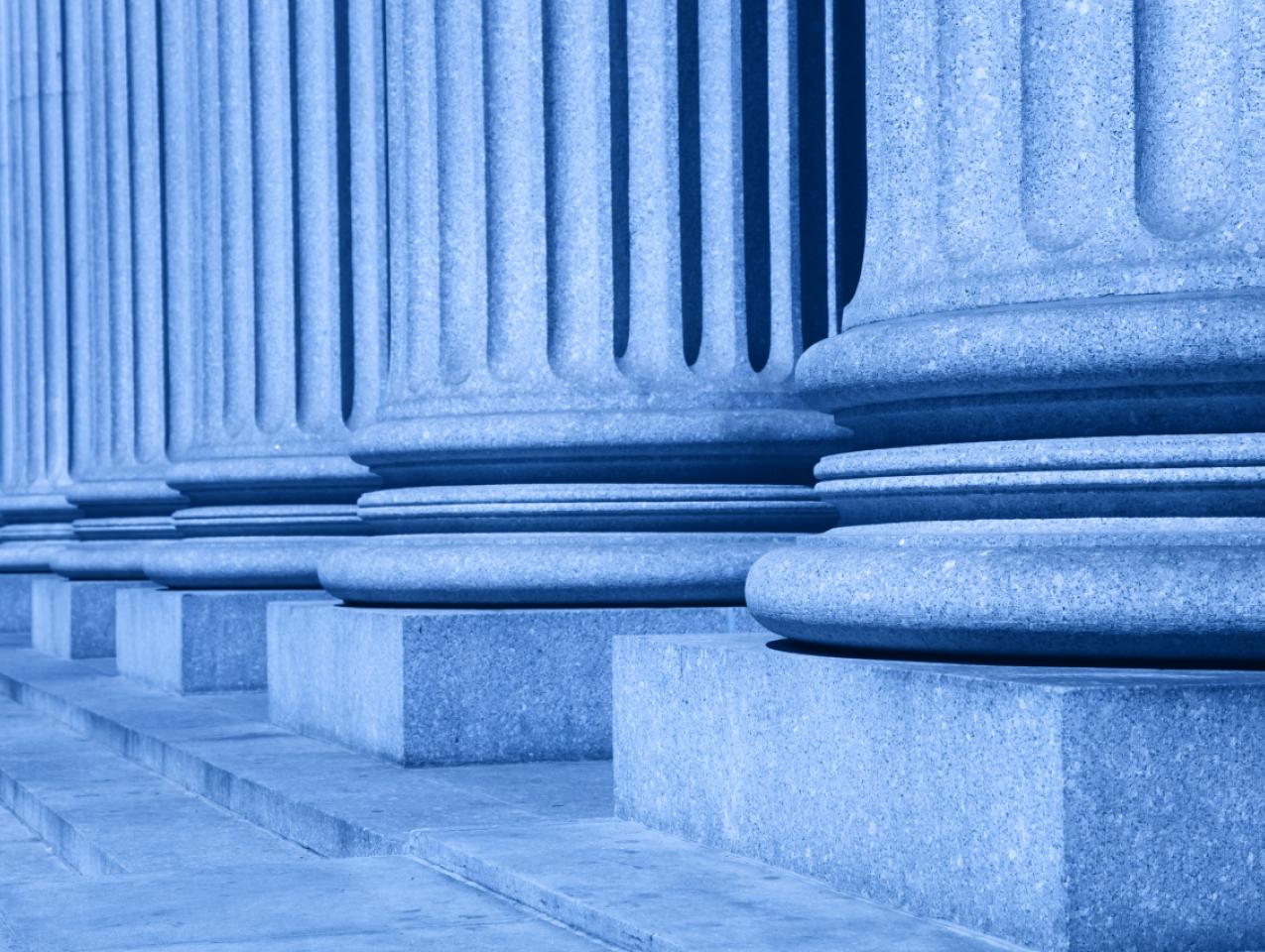 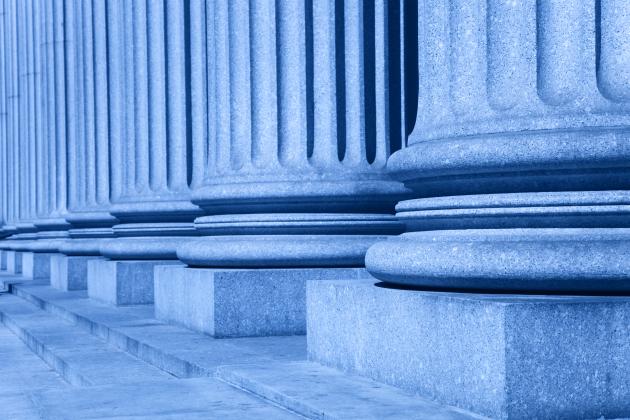 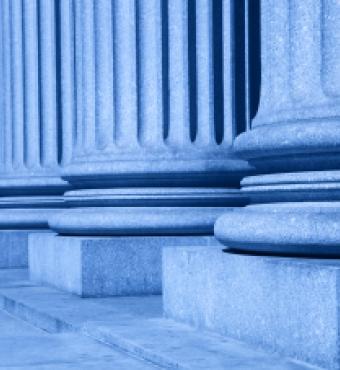 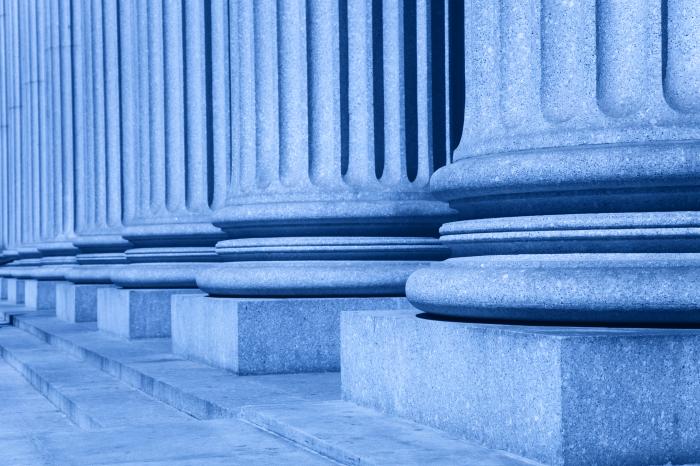 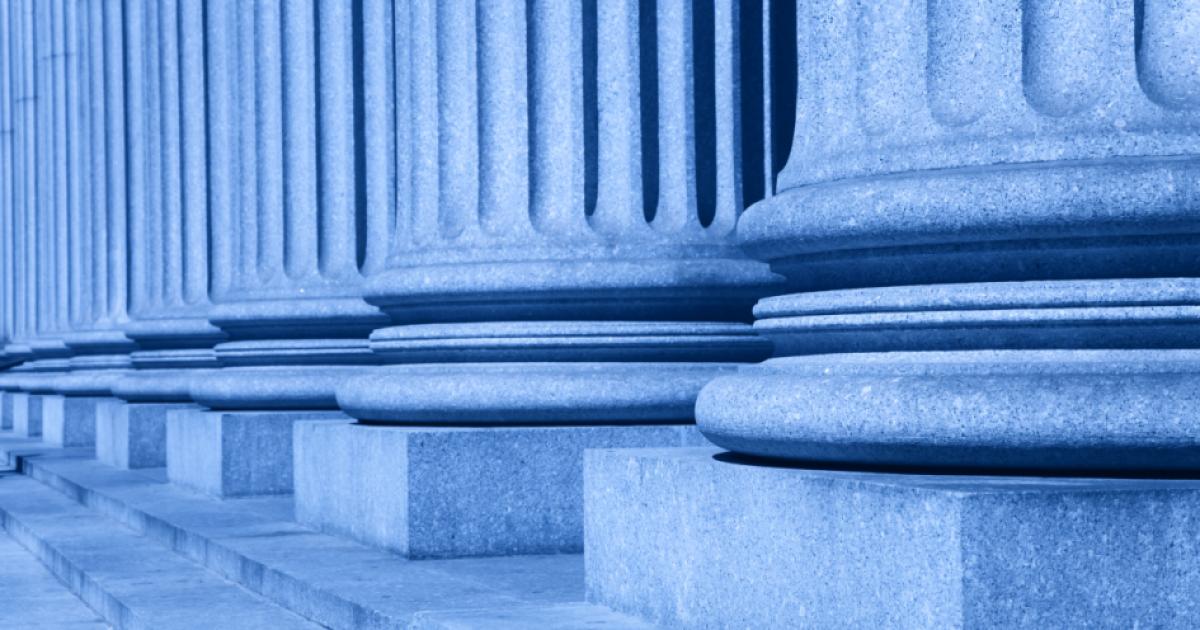 In 2019, some wonder if American government has the power to persist in the same ways as we’ve known it, while adapting to the future and delivering on the same values. The headlines focus on budget cuts, failed technology projects, vendors accused of overbilling, and a government left behind in the race toward a digital world. Government is the most powerful and ever-present institution in our lives—influencing the food we eat, the water we drink, the streets we drive on, the homes we live in, the air we breathe. Do the agencies we rely on to perpetuate our lives have the steadfastness to adjust?

A recent 2017 Census count indicated that there are nearly 90,000 local government agencies across the United States, up from the previous count.1 As of 2019, the Bureau of Labor Statistics reports that there are more than 22 million federal, state, and local government employees across the United States.2 Government is big—both in the number of governments and the number of people that make it work.

But, recruiting processes are often outdated, particularly in larger governments and agencies that have stringent requirements like public safety or engineering. At the same time, it is also difficult, or simply a low priority in the face of so many priorities, to automate the hiring and recruiting process. The number of steps required to apply can be onerous and time consuming—often taking one year to eighteen months to land a job. To today’s young job applicants, candidates who expect the experience to be as easy and fast as shopping online, other employment opportunities often look far more appealing.

Constrained budgets, a growing pension obligation, shifting expectations of government, and an ever-litigious society make the daily work of policymakers and government operators increasingly complex. How might government adapt to become the government of the future when it is voluminous and facing internal challenges that are further complicated by external forces?

There are positive changes afoot, helping to incrementally modernize governmental processes and systems to be relevant and able to handle the needs of today and tomorrow. The rise and success of innovation teams is one movement worth looking at as evidence that change is possible in government. The innovation teams program was established by Bloomberg Philanthropies around 2012. The theory was that installing interdisciplinary teams into local government with a mission to obsessively problem solve, a requirement to produce measurable outcomes, and a singular topic to focus on could bring about a healthy transformation. Now nearly a decade into the program, 29 formal teams exist globally and have helped chip away at major societal challenges like reducing gun violence, increasing the use of public transit, reducing red tape to increase the rate of home building, increasing diversity in and modernizing police hiring, and increasing economic opportunity for those who have been incarcerated. In addition to the formal teams, there are more than 80 innovation officers in governments around the world—all tasked with making change.

Design thinking involves government agencies meeting with their constituent-customers to ask targeted questions in an empathetic way, which helps agencies and workers understand what constituent-customers need from government programs and, importantly, how they might use these programs. Why create a phone service if people prefer to get their information online? Why create a parking ticket as a paper form when people would pay more timely and more easily online? Design thinking also enables government agencies to test prototypes and iterate as agencies receive feedback. Hearing from constituent-customers and testing solutions incrementally is changing the nature of what government produces and ensures that what gets deployed meets the needs of more people. It also means we’re spending money more wisely on programs that will improve the lives of those they are meant to serve.

Behavioral science is taking off in public sector agencies and helping to achieve outcomes with often very subtle changes to the parts and pieces of government. For example, rewriting forms, moving lines on a highway, or shifting furniture in a public space to yield improved outcomes are in direct response to the way people behave. And it is working. There are examples from across the globe showing significant improvements after deploying rapid, low cost changes to existing government tools, often saving millions of dollars, generating additional revenue, increasing program, or ending programs that people just don’t need.

Data and project management are proven practices, but, like design thinking and behavioral science, they are becoming increasingly valued in the public sector as agencies look to understand their constituent-customers and, importantly, as IT projects become more necessary to help government transition and modernize systems. IT skills are becoming valued particularly as skills that can be present in agencies beyond the IT department. Why not have an IT specialist working in the mayor’s office or animal services agency to help modernize the day to day approach? Why not have a chief storyteller, as Detroit and several other cities do, to communicate with residents on a whole new level?

Incremental change is equally as important as transformative change. While many governmental systems and processes persist from the 1970s, 80s, and 90s, widespread change is also taking place helping government leap into the present. Take for example the national and global #MeToo movement, which spurred calls for action. In Los Angeles, the City jumped into action to evaluate its own sexual harassment and discrimination policies and practices to ensure best in class procedures. The City deployed an online tool to enable all City employees, and those that do business with the City, to report in one centralized, online way. Built as an open source tool with the help of a designer, the tool has won awards for its digital experience and the outcomes it is enabling. The tool was complemented by a change in sexual harassment and discrimination policies and processes and organizational structures that address complaints were modernized and simplified.

Policing is another area facing unprecedented change and challenge. Nationwide, retirements have surged while the interest in policing has plummeted. In Nashville, job applications dropped from 4,700 in 2010 to 1,900 in 2017. In Seattle, applications declined by nearly 50 percent in a department where the starting salary is $79,000. The FBI had a sharp drop, from 21,000 applications per year to 13,000 last year, before a new marketing campaign brought an upswing. Retaining officers has also become more difficult with 40 percent of officers leaving their jobs within five years, according to a recent PERF survey of 400 departments.4

This change is attributed to unrest concerning policing as well as an increase in public and media scrutiny of police with the aid of technology and social media. Police agencies nationwide are looking at new ways to attract young people into policing. An important element of this effort is meeting people where they are—online—and digging deeper to tell real stories of what day to day policing is like. Police agencies are working to bring the recruiting practices online so that young people can apply more easily and, when they have questions, ask a chatbot and get an answer immediately versus waiting to call the department between the hours of 9 and 4. Police agencies are launching new digital marketing campaigns and working to appeal to candidates in a wider variety of online venues. While new, these practices stand to be a differentiator and are perhaps one way to bring in a new generation of people and transform the culture of policing.

We are in an unprecedented time, but turmoil has historically presented an opportunity for change. With strong, courageous leadership that has a grasp on the operations of government, a true understanding of how to change, a strong interdisciplinary approach, patience, and a fresh perspective from the upcoming generation of public sector leaders, we have the power to move toward a forward-thinking, digital future and make good on the promise of government.

Amanda Daflos serves as the director of the innovation office for the mayor of the City of Los Angeles. Prior to joining the mayor’s office, she was a senior manager at Deloitte Consulting.

1 Number of Local Governments by State, Governing: The States and Localities, available at https://www.governing.com/gov-data/number-of-governments-by-state.html
2 Data from the Bureau of Labor Statistics, “Employment, Hours, and Earnings,” available at https://www.bls.gov/webapps/legacy/cesbtab1.htm
3 Mike Macaig, “The Public Employee ‘Silver Tsunami’ Looms for Governments,” Governing: The States and Localities (December 2013), https://www.governing.com/topics/mgmt/gov-governments-silver-tsunami.html
4 Tom Jackman, “Who wants to be a police officer? Job applications plummet at most U.S. departments,” Washington Post (December 4, 2018)