Proposition 18—Should Seventeen-Year-Olds Be Allowed To Vote?

California’s Proposition 18 on this year’s ballot is like those television commercials that may be clever but where, in the end, you fail to see the point or even remember the product being advertised. It would amend the California constitution to allow seventeen-year-olds who would turn eighteen by the time of the next general election to vote in primaries or special elections. 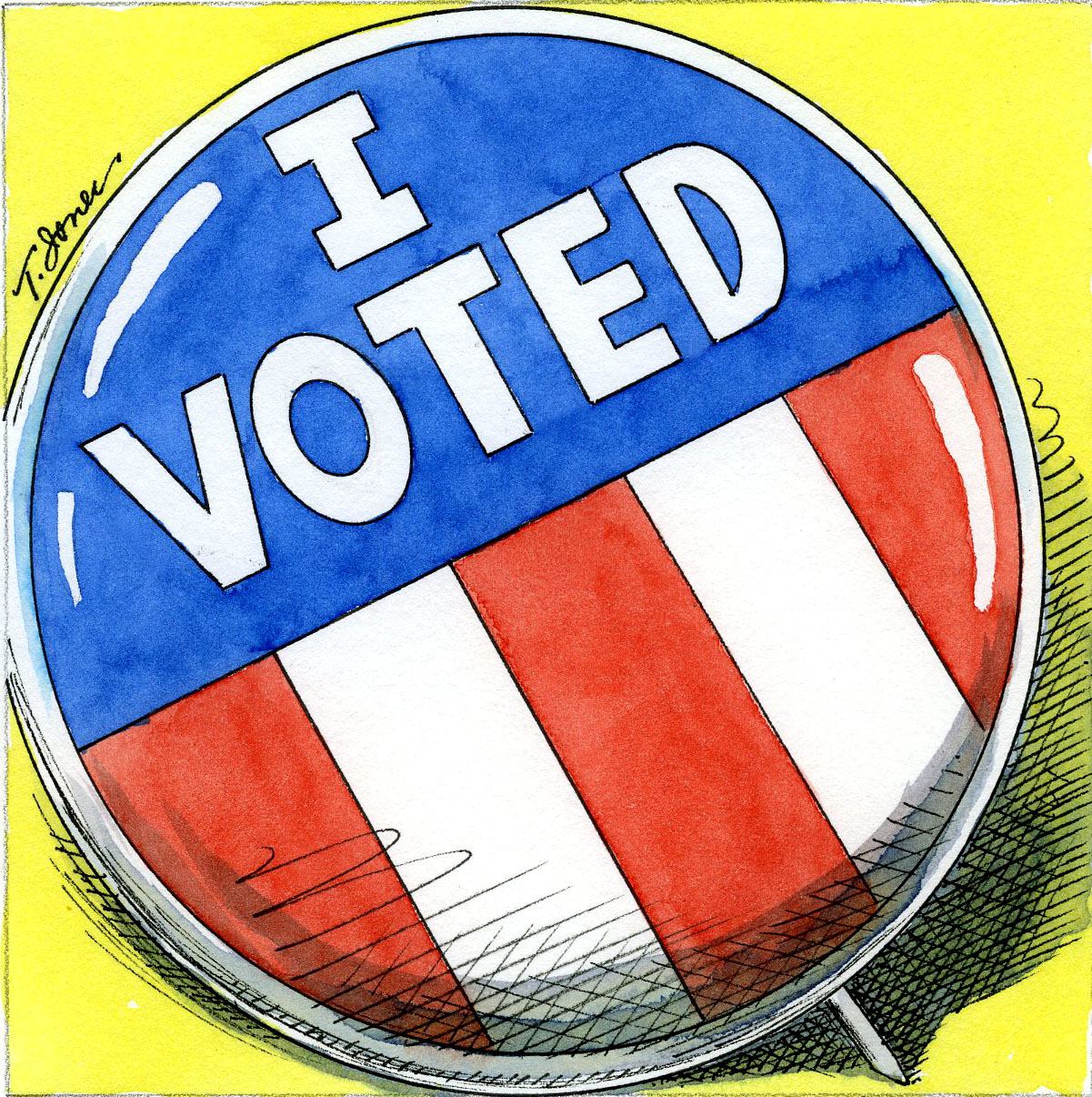 Proposition 18—Should Seventeen-Year-Olds Be Allowed To Vote? 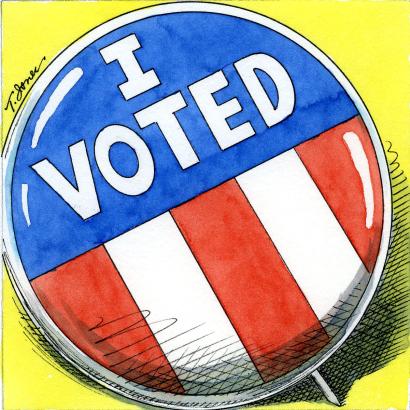 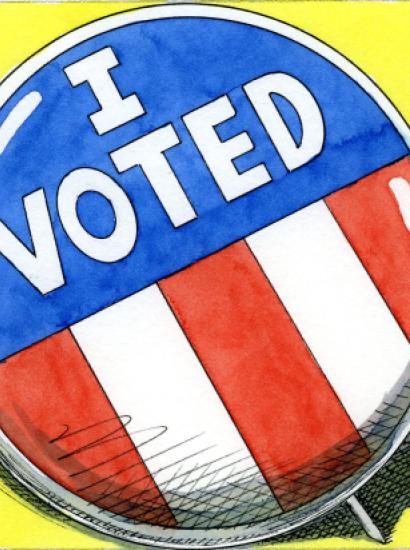 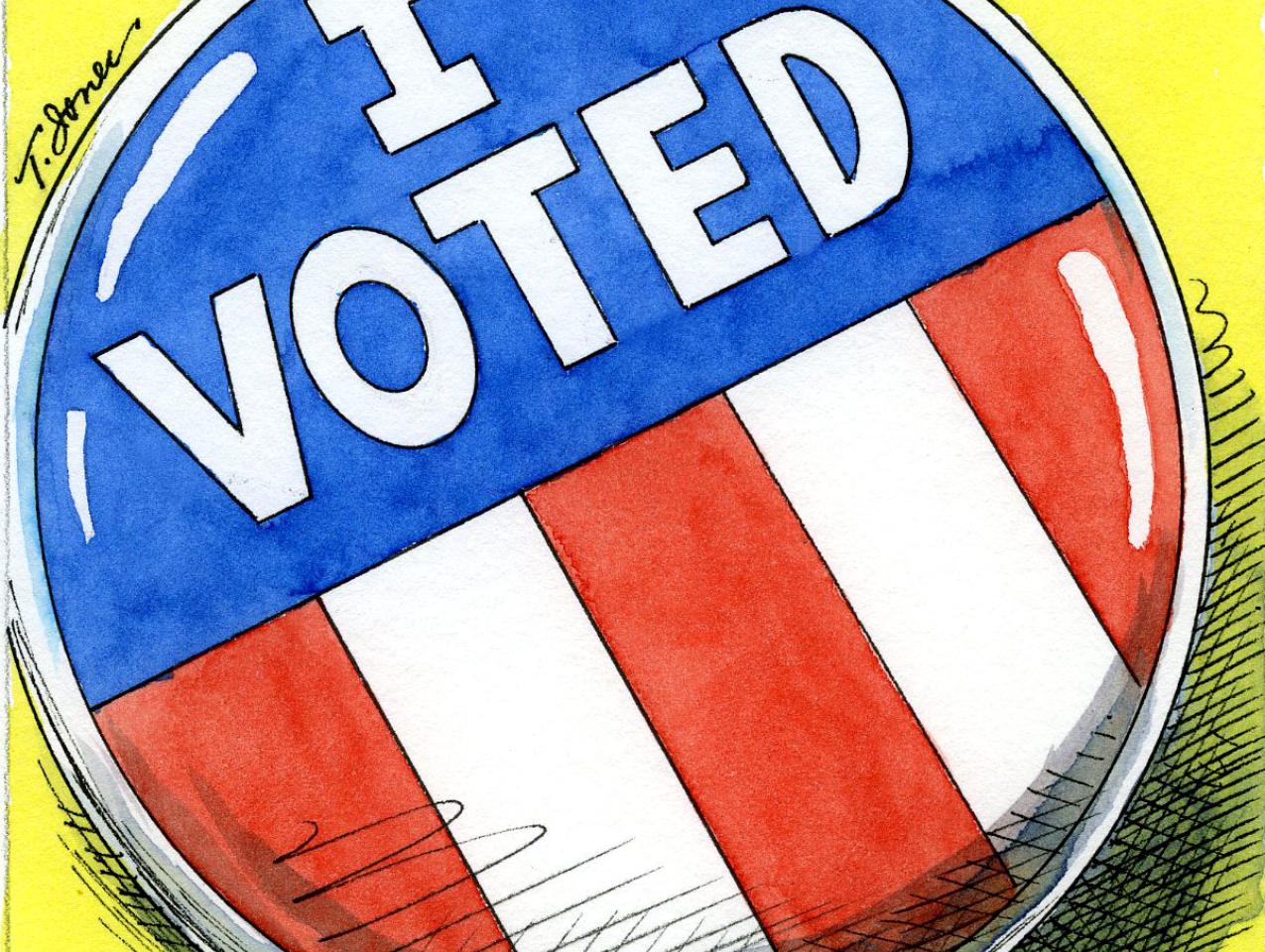 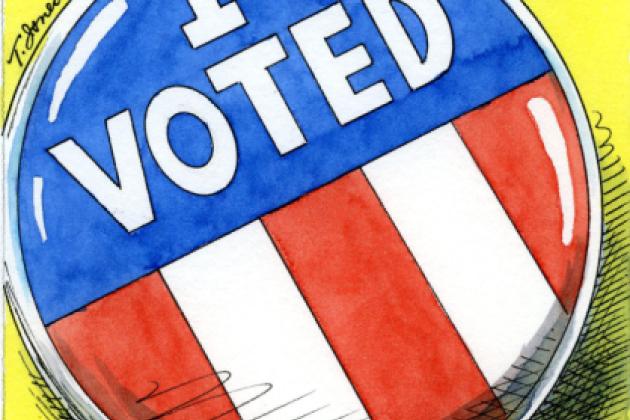 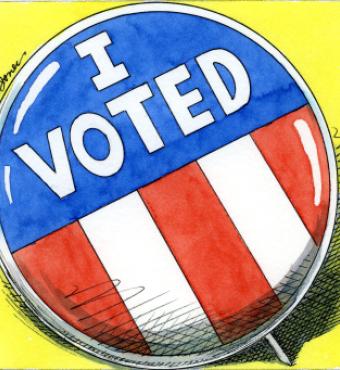 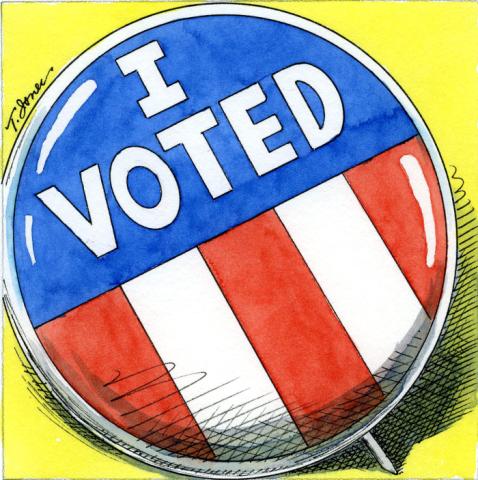 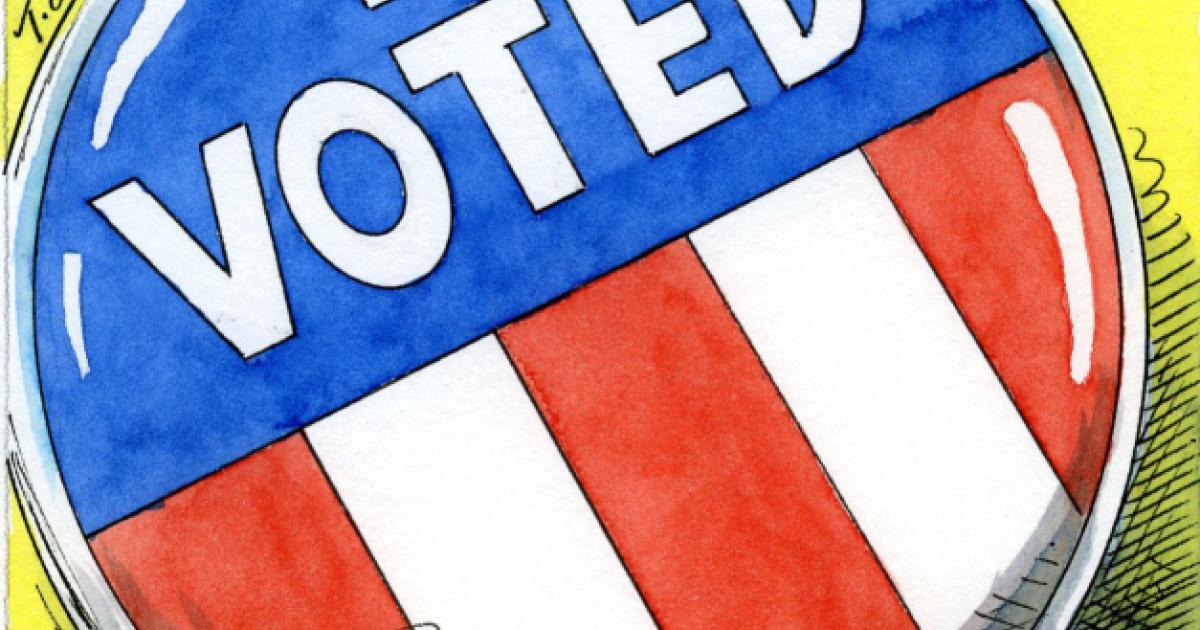 California’s Proposition 18 on this year’s ballot is like those television commercials that may be clever but where, in the end, you fail to see the point or even remember the product being advertised. It would amend the California constitution to allow seventeen-year-olds who would turn eighteen by the time of the next general election to vote in primaries or special elections.

The key question is: Why?

The last time we changed the voting age nationally came with the Twenty-Sixth Amendment to the US Constitution back in 1971. With the Vietnam War in full swing, the case was that it was unfair to send eighteen-year-olds into the military to die in war and not give them a say in choosing their leaders. It passed unanimously in the US Senate, along with an overwhelming majority in the House, and was ratified by the states in record time (just one hundred days). It was obviously an idea whose time had come.

It is difficult to find a similarly compelling case for allowing sixteen- and seventeen-year-olds to vote, as some have proposed. The movement to change the voting age again gained traction when students protested campus shootings in 2018. The discovery of political interest and energy in high schools triggered a national movement to lower the voting age around the country.

States and Cities, Not National

Passing a constitutional amendment requires clearing a high bar: a two-thirds vote of each house of Congress and three-fourths of state legislatures to ratify. In these days of hyperpartisanship, that bar seems nearly impossible to reach, so proponents of lowering the voting age have instead focused their attention on state and municipal action. Under Article I, Section 4 of the US Constitution, we have fifty-one separate state elections (including the District of Columbia), with each state setting its own standards and local governments generally running their own elections. It is a slow process—but short of an unlikely constitutional amendment or judicial mandate, separate initiatives in states and municipalities are the only way to lower the voting age.

A small handful of municipalities have taken the lead in allowing sixteen- and seventeen-year-olds to vote in their local elections. Four cities in Maryland allow sixteen-year-olds to vote in local elections and Berkeley, California, permits sixteen-year-olds to vote in school board elections only. Of course, local issues are not usually of greatest interest to voters, so the stakes and results in these early experiments are low. One study in Maryland shows some higher percentages of turnout among younger cohorts but still very little effect overall. San Francisco has the matter on its 2020 election ballot, potentially making it the first major city to move to a lower voting age requirement. (Proposition F, if approved, would amend the San Francisco city charter to grant sixteen- and seventeen-year-olds who are US citizens and residents of San Francisco the right to vote in municipal and school board elections.)

Although there are campaigns to lower the voting age at the state level, states have largely taken smaller, incremental steps. Several states—at the moment, eighteen—have allowed seventeen-year-olds to vote in primary elections if they will turn eighteen by the time of the general election. On the more aggressive side, legislation has been introduced in a few states to allow all sixteen- and seventeen-year-olds to vote, but no such measure has yet been adopted. A less aggressive alternative, in place in a number of states, would allow high school students to begin a voter preregistration process as part of their civics education, but it would not become effective until they turn eighteen.

California’s Proposition 18, then, would allow seventeen-year-olds to vote in primary and special elections if they would turn eighteen by the time of the general election. Although this may seem like a modest proposal, a recent study from the respected Public Policy Institute of California shows that it could have significant political effects.

According to the PPIC study, some two hundred thousand potential voters could have become eligible if such a policy had been in place in the elections of 2016 and 2018. Even though younger voters do not historically turn out to vote in large numbers, primary elections often turn on relatively small margins, the study points out. Consequently, PPIC estimates that a total of thirty-three races may have been affected by such an amendment. That’s a change worthy of further study.

The case for making this change is that voters in the general election (having turned eighteen) should have an opportunity to help shape the choices in the primary elections. Further, as proponents announce in the ballot argument in favor of the proposition, California is “behind the curve,” with so many other states allowing this. In the end, the case for all the youth-voting proposals is that we want to boost youth participation in our democracy.

Younger cohorts (age eighteen to twenty-nine) are notoriously bad about turning out to vote, so it’s difficult to see how adding one more even younger tranche of voters helps the turnout problem. The argument proponents have made elsewhere is that one problem with youths voting is that they may be in college or starting a new job, moving around with no fixed residence. Starting the voting habit while still living at home will help, they say.

Against this unproven case for turnout is an array of questions about whether seventeen-year-olds are really good candidates to vote. The fact of the matter is that many important privileges in our society have moved toward increasing the age of responsibility, not diminishing it, in part because we are learning that the brain is continuing to develop important reasoning functions in the late teens and even twenties. The drinking age has gone up nearly everywhere, along with the age for driving without some kind of supervision and accompaniment. Serving in the military (without parental consent) or on a jury is limited to those eighteen and older, as is obtaining a credit card on your own. It is difficult to see why voting should be taken less seriously than those responsibilities.

Further, the current state of civics education in the schools suggests that voting at sixteen and seventeen is too early. With civics education all but gone from elementary and middle school curriculum, about all that is left is a single one-semester course in high school. Shouldn’t students at least take and digest that course before being turned loose to join the electorate? Recent NAEP (National Assessment of Educational Progress) scores show that only 24 percent of American eighth grade students (the only grade tested) are “proficient” or above in US history and a pitiful 15 percent in government and civics. High school should be a time for learning the responsibilities of citizenship and voting, not being thrown into the fray. We ought not to put the cart of civic engagement before the horse of civics education.

Finally, as opponents of the measure note on the ballot argument, is it really proper for young people, who pay little or no taxes, to be voting on bond and taxation measures that overwhelmingly apply to others?

Again, civic opportunities should be tied to responsibilities in a way that just does not happen at age sixteen or seventeen. Beyond that, this measure, like others of its kind, carries political consequences as well. With young people generally more liberal in their outlook, Democrats are enthused about such measures, but not Republicans. Indeed, one could make a case that this is one more election “reform” that is designed, as such reforms often are, to deliver political outcomes.

Unlike the case for eighteen-year-olds to vote in an earlier day, the case to go even lower to sixteen or seventeen is much weaker. A far better approach, if we want to increase voting interest among the young, is to allow them to begin the voter registration process in school, but not have it take effect until they turn eighteen. That would address the only part of the case that makes any sense without altering longstanding and proper connections between age and civic responsibility.

David Davenport is a Hoover Institution research fellow and a visiting scholar at the Orrin G. Hatch Foundation specializing in constitutional federalism, civics education, modern American conservatism, and international law. A former president of Pepperdine University, he is the coauthor of three books: How Public Policy Became War (2019), Rugged Individualism: Dead or Alive? (2017), and The New Deal and Modern American Conservatism: A Defining Rivalry (2013).