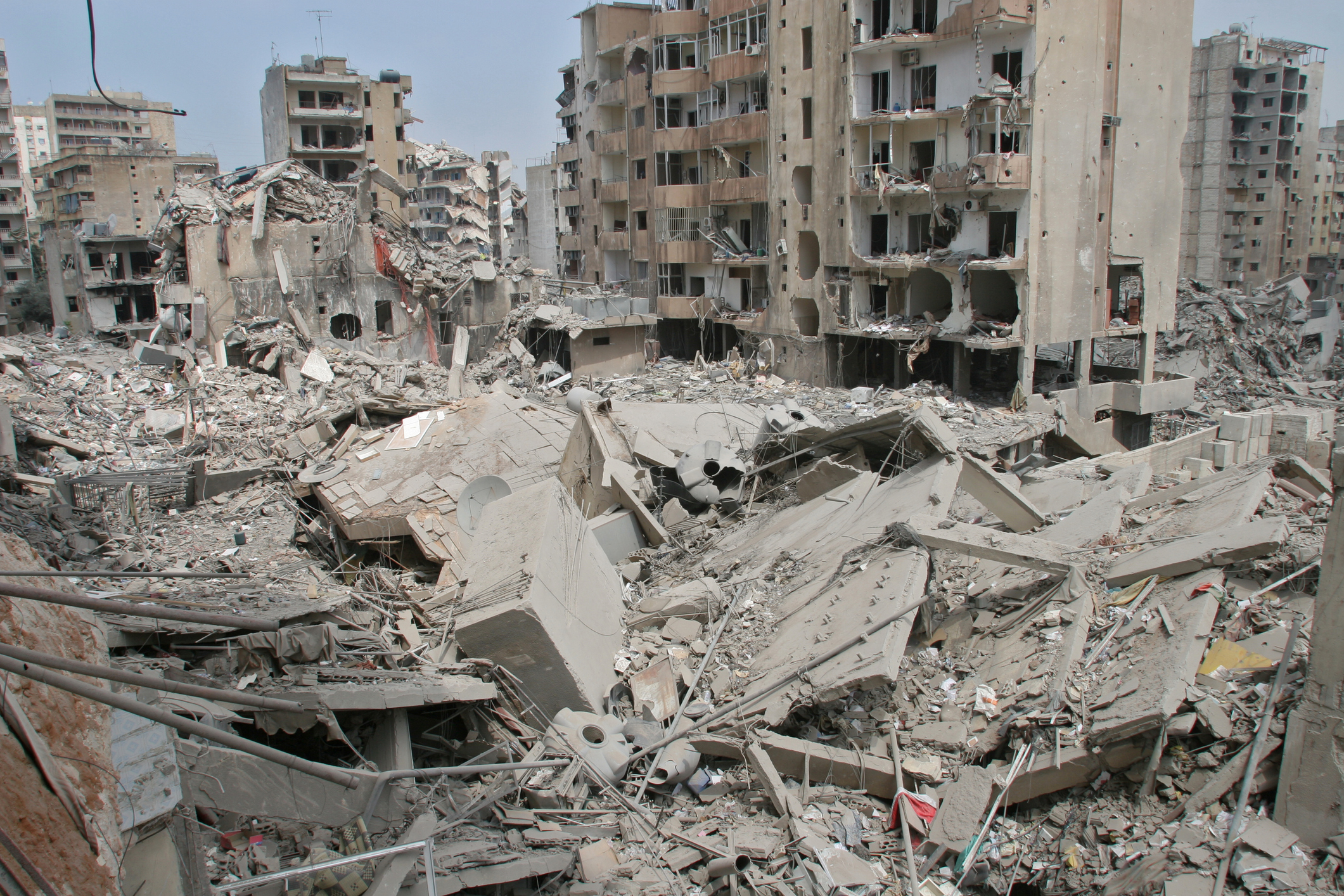 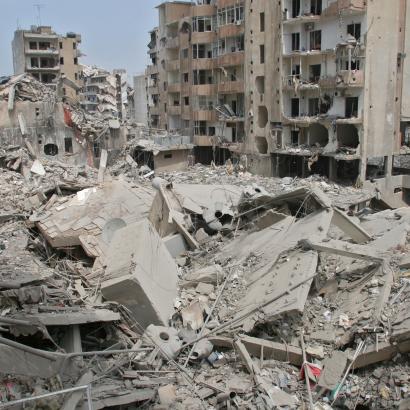 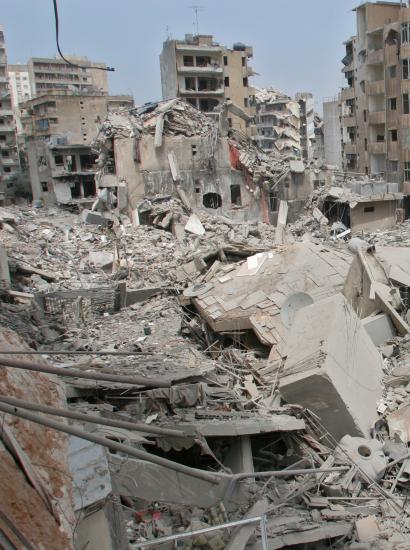 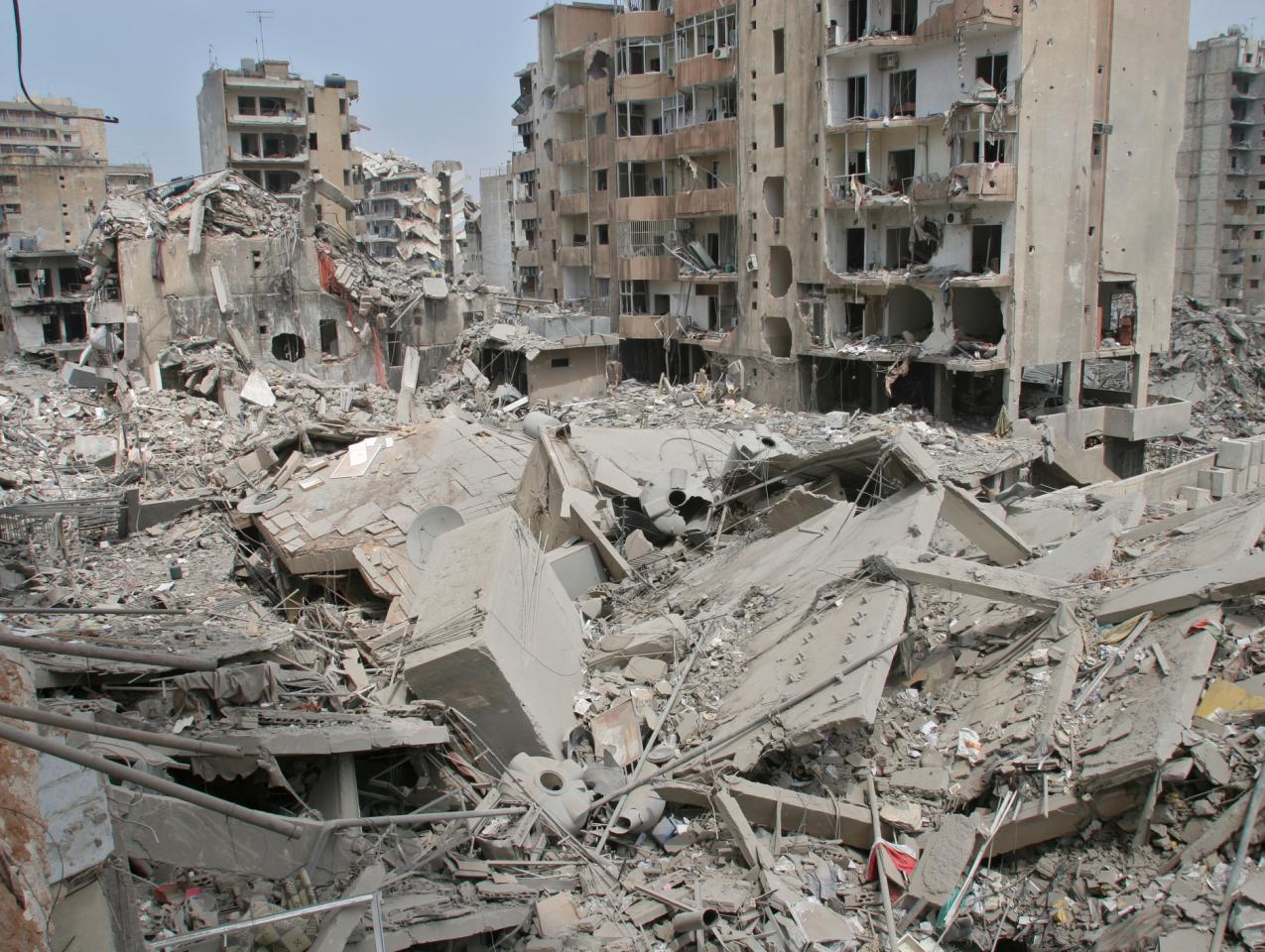 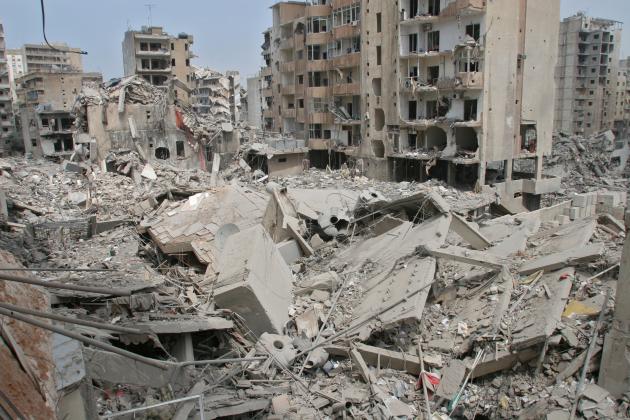 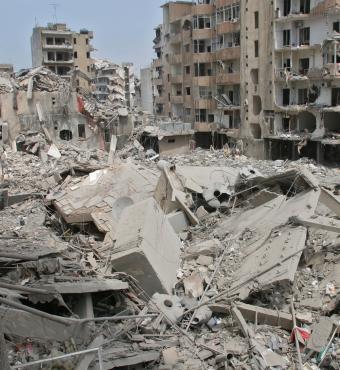 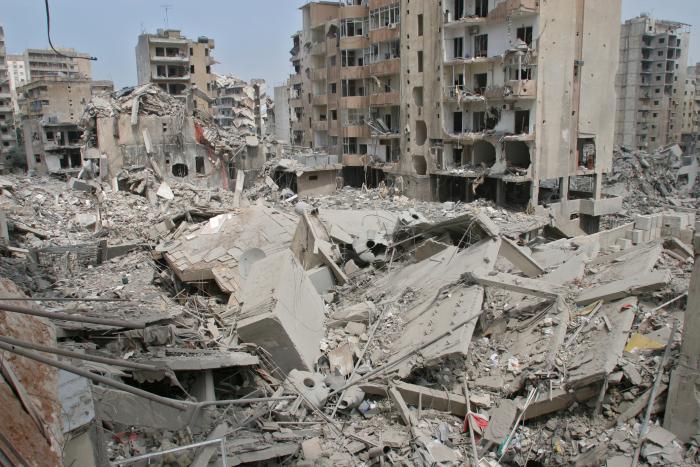 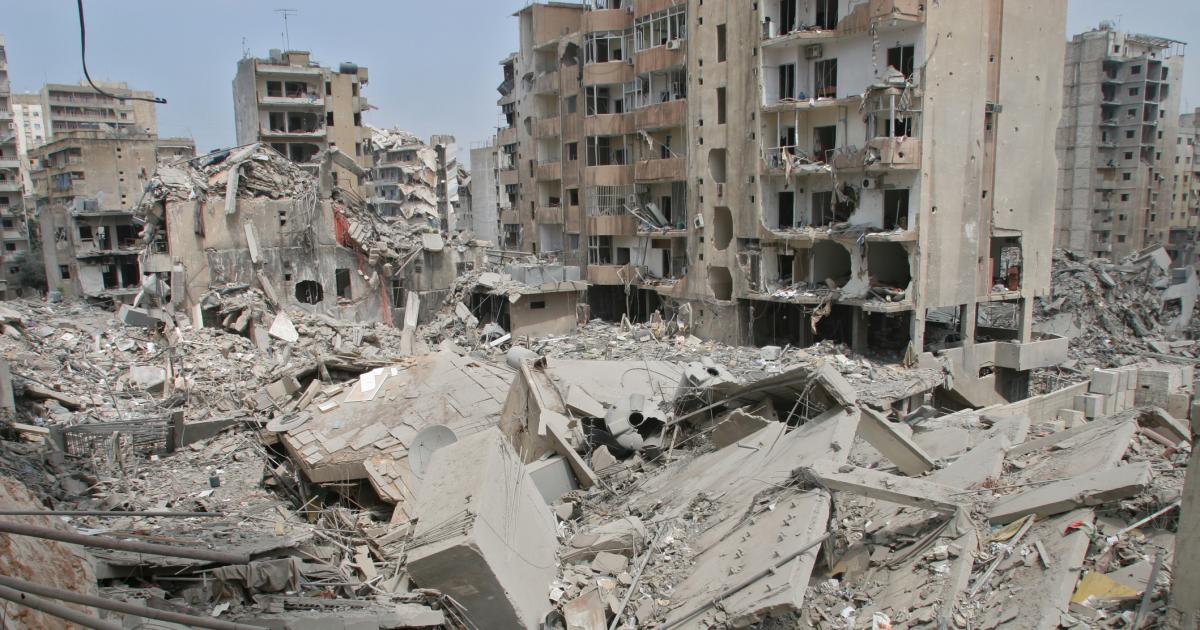 In the space of just under a year, from the fall of 2019 to the 4th of August 2020, Lebanon was dealt successive, unprecedented, and crippling blows that have left it a failed state in everything but name.  The pervasive financial collapse, itself in slow gestation for years, bubbled to the surface with a bang in October 2019 when people suddenly discovered they could no longer have access to their bank accounts and savings in what was assumed to be a free capitalist financial system.  Soon thereafter, the country’s currency went into freefall as it transpired that the banks did not possess liquidity in hard cash, namely in US dollars.  Rioters burst into the streets for weeks on end as the magnitude of the horrific Ponzi scheme to defraud an entire nation came to light.  A cartel composed of the corrupt ruling-class mafia and the armed pro-Iran militia, Hezbollah, that is protecting this mafia had methodically plundered the country plunging its already ailing economy along with the entire population into abject ruin.  Then, in early 2020, the Covid pandemic hit forcing lockdowns for months, only to be followed on August 4 of that year by a massive explosion of ammonium nitrate stored illegally by Hezbollah at the Beirut Port.  The blast destroyed not only the maritime facility but a predominantly Christian third of residential Beirut overlooking the port area.  No war was necessary to send Lebanon back to the proverbial stone age, as Israel had repeatedly threatened; Lebanese warlords and Iran’s local minions had achieved this by themselves.

During the last two years since the port explosion, Lebanon has crept along towards the abyss, deteriorating on nearly every level.  A single promising achievement came in May 2022 with Lebanon’s parliamentary elections, yet this exercise did not produce the anticipated emergence of a strong and cohesive parliamentary opposition to the cartel.  Instead, the results brought no clear majority on either side thereby deepening Lebanon’s endemic proclivity towards political paralysis.  The summer came and went with no new government formed after the parliamentary elections, only the lingering caretaker ghost of the previous cabinet.  Then the term of the President of the Republic came to an end on October 31st and no presidential elections took place to produce a replacement, sending the hapless country into an open-ended political vacuum at the top.  Meanwhile, youth and talent particularly among Christians have continued to hemorrhage out of Lebanon as swelling numbers of Syrian and Palestinian refugees languish in squalor in their makeshift camps and further tax the country’s dwindling resources.

Suddenly, in the few weeks before October 31st, a frenzied dash towards a “deal” between Lebanon and Israel, brokered by Washington, was finalized over the demarcation of the maritime line separating their respective Exclusive Economic Zones.  Europe’s need for new energy sources after the outbreak of war in Ukraine partly underscores the urgency of concluding such a deal.  The agreed-upon line defined where the undersea gas supplies belonging to each country were located, paving the way for vigorous extraction and further exploration on either side.  Curiously, this agreement seems to herald the start of a precarious journey on the path of normalization between the two neighboring countries, hitherto in a technical state of war for decades.  For the first time Lebanon acknowledged officially and in writing Israel’s existence, yet even more stunning were the swift congratulations over the deal that ensued from the likes of Hamas, the Palestinian Authority, and Hezbollah.  Had these radical groups somehow surreptitiously jumped on the bandwagon of normalization with the “Zionist entity”?

One arresting outcome of this unusual development has been Hezbollah’s leader, Hassan Nasrallah, casually dropping in a speech shortly after the deal was announced that henceforth it is no longer necessary to cast accusations of treason—in Arabic “takhween”—at others, meaning at political opponents and anyone seen needing open reprimand coupled with latent threats for straying from the prescribed party-line of open enmity with Israel.  In other words, the rules for talking openly about Israel, if not talking to Israel, were now considerably relaxed and with no apparent adverse consequences.  Quickly, some Christians in Lebanon began to draw the logical conclusions by clamoring for their inherent rights to visit the Holy Land and Jerusalem.  Whether or not this will become a reality remains to be seen.

Chances for a war breaking out between Lebanon and Israel have now diminished considerably if this deal holds.  But where do all these developments leave Lebanon today?  The short answer—a depressing one- is that Lebanon is in the hands of Iran through the agency of their proxy Hezbollah.  The reality is that unlike the failure of the Christians, back at the time of the Israeli invasion in 1982, to arrive at a durable agreement with Israel over Lebanon’s future, the Shiites today under Hezbollah’s leadership seem to have achieved something similar that satisfies their own and Iran’s agenda.  From a hardnosed Israeli perspective lacking any sentimentality and placing security topmost, the Shiites have delivered in Lebanon where the Christians couldn’t.  This, coupled with the regional Abraham Accords that have effectively neutralized the leading Sunni powers of the Gulf with respect to militancy or Palestine, offers Israel for now the optimal arrangement of security and stability both on its northern border with Lebanon and as regards the Arab world generally.  Syria and Gaza remain arenas of potential open confrontation, but these are far more manageable than they would be otherwise, compounded by the earlier uncertainties.

What does it mean to say Lebanon is now under Iran’s tutelage?  It means there is nothing on the horizon that is poised to dislodge the mafia-militia cartel currently holding Lebanon in its corrosive grip.  The implementation of vigorous sanctions on members of this cartel towards the end of the Trump Administration came to a screeching halt under Biden; French attempts to stimulate much-needed reforms in Lebanon following the Beirut Port explosion yielded nothing as has the investigation into that blast thus far; and the United Nations and European Union have done everything in their power to keep Syrian refugees in Lebanon instead of helping to facilitate their return to their now largely tranquil villages inside Syria.

More ominously for Lebanon as it stews in the slow fire of the Iranian furnace is the relentless erosion of all that has made the country stand out positively in its Arab surroundings.  The three vibrant sectors of education, healthcare, and a free-enterprise financial system that distinguished Lebanon have been severely damaged.  Personal and communal freedoms including the freest native Christian community in the Middle East have been compromised due to the combination of generalized poverty following the economic collapse and an acceleration of emigration by members of the accomplished professional class along with despondent youth.  A looming cholera epidemic, a disease that had been eradicated decades ago in Lebanon, threatens the beleaguered country as cases coming from Syria via the refugee population begin to mount.  And so long as the cartel keeps Lebanon in its chokehold, no meaningful reforms will be implemented, while external aid conditional on the launching of such reforms will stall indefinitely.

Should Hezbollah decide to turn its attention internally with the aim of permanently altering Lebanon’s governing system and its open Arab-Western orientation, this will push the other communities, mainly Sunnis and Christians who reject Iranian hegemony, to pursue separate paths including possibly versions of homegrown, bottom-up creative federal options.  If Hezbollah finds such a prospect unpalatable or unstoppable, their alternative would be to keep Lebanon in indefinite suspended animation politically and economically, while allowing it to slowly decay and atrophy before the world’s eyes.

Assuming for now no tangible political changes favoring the Lebanese people are in the offing, then, at a minimum, Lebanon’s remaining friends in the region and beyond should help the bulk of these impoverished ordinary Lebanese of all sectarian stripes to endure and survive the current debilitatingly toxic embrace of their broken country by Iran through Hezbollah.  This is best done directly via private civil-society partners and targeting the two crucial areas of education and healthcare.  Support here stands a good chance of leveling the catastrophic tide of emigration.  Specifically, this means an intensification of help already underway by multiplying funds to private schools and universities to be used generously for student scholarships and increasing faculty salaries, plus elevating markedly any funding for the renovation and upgrading of schools and hospitals.  Introducing qualitative improvements to these two traditionally distinguishing sectors for Lebanon, namely education and healthcare, would fortify them against further erosion thereby preserving some of Lebanon’s exceptional footprint in the Arab region.

Habib C. Malik is a Senior Fellow on Lebanon and Middle Eastern Christians with The Philos Project and works for the Charles Malik Institute at Philos.  He is a retired professor of history from the Lebanese American University.