On both the left and the right, there is a consensus in Washington that the United States needs to “push back” against the Islamic Republic’s nefarious actions in the Levant, Iraq, and Yemen. The clerical regime largely controls the ground war in Syria: Tehran’s foreign Shiite militias, imported from Lebanon, Iraq, Afghanistan, and Pakistan, and Iranian-directed native forces lead the battle against the Sunni insurrection. 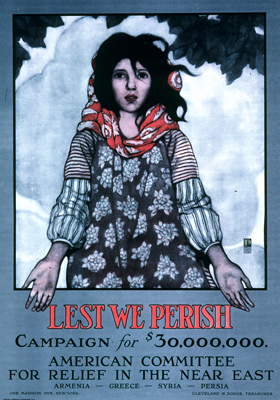 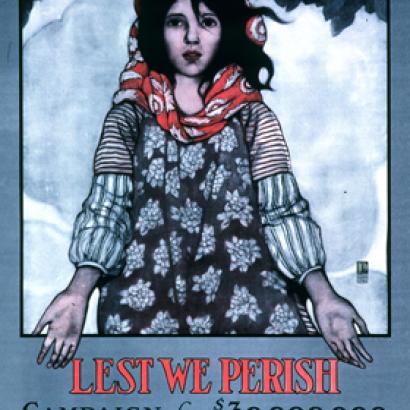 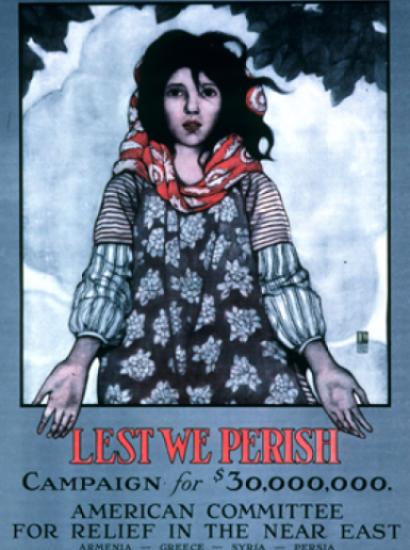 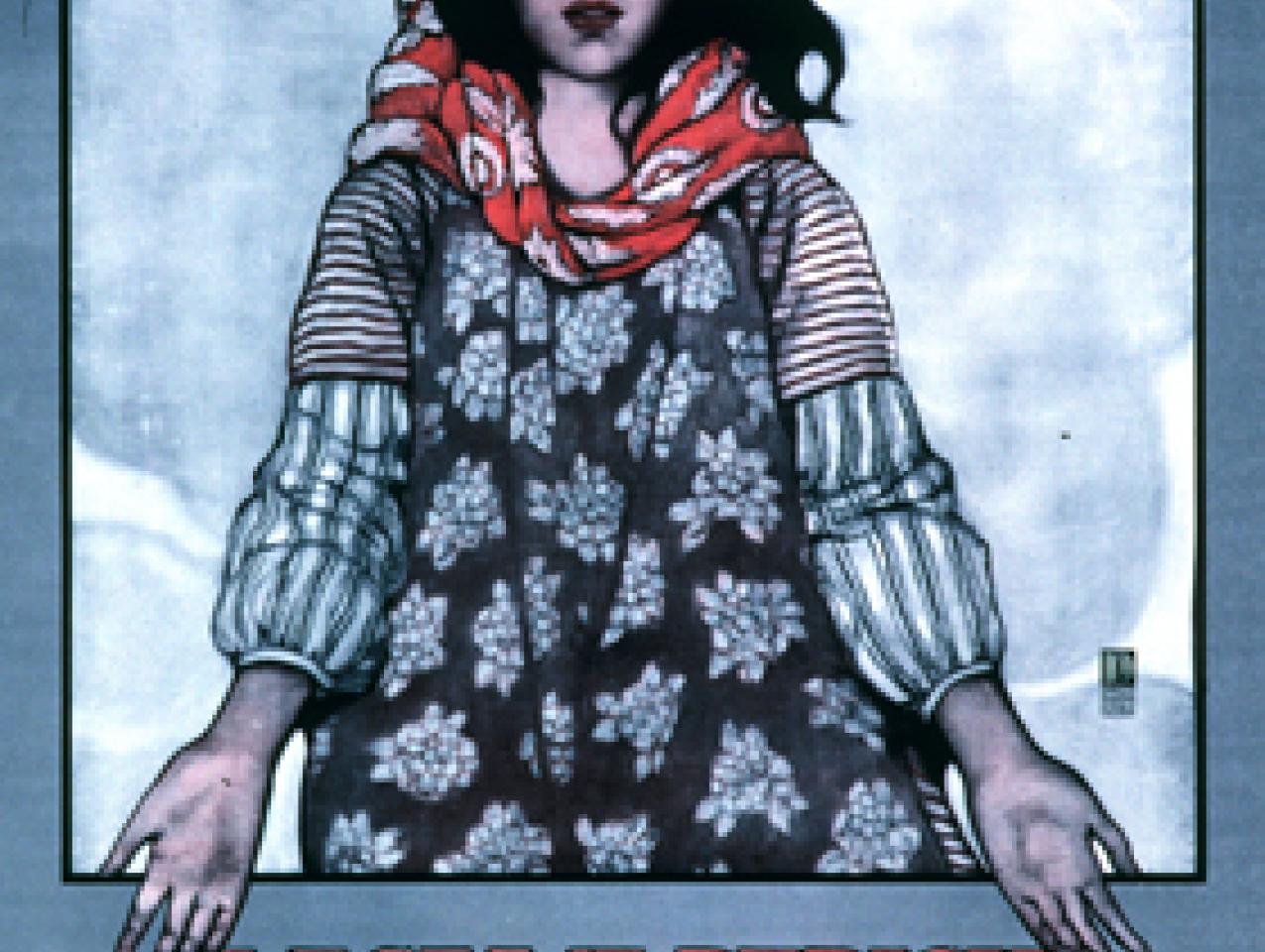 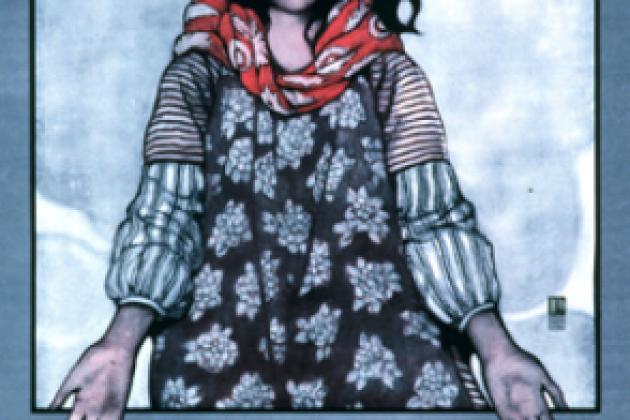 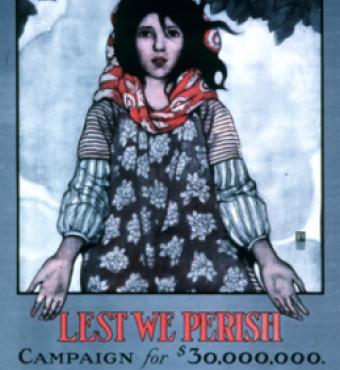 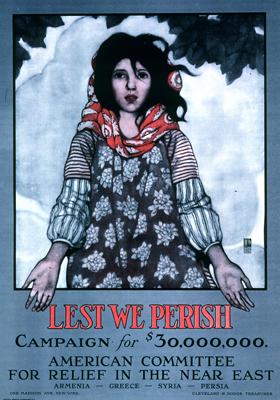 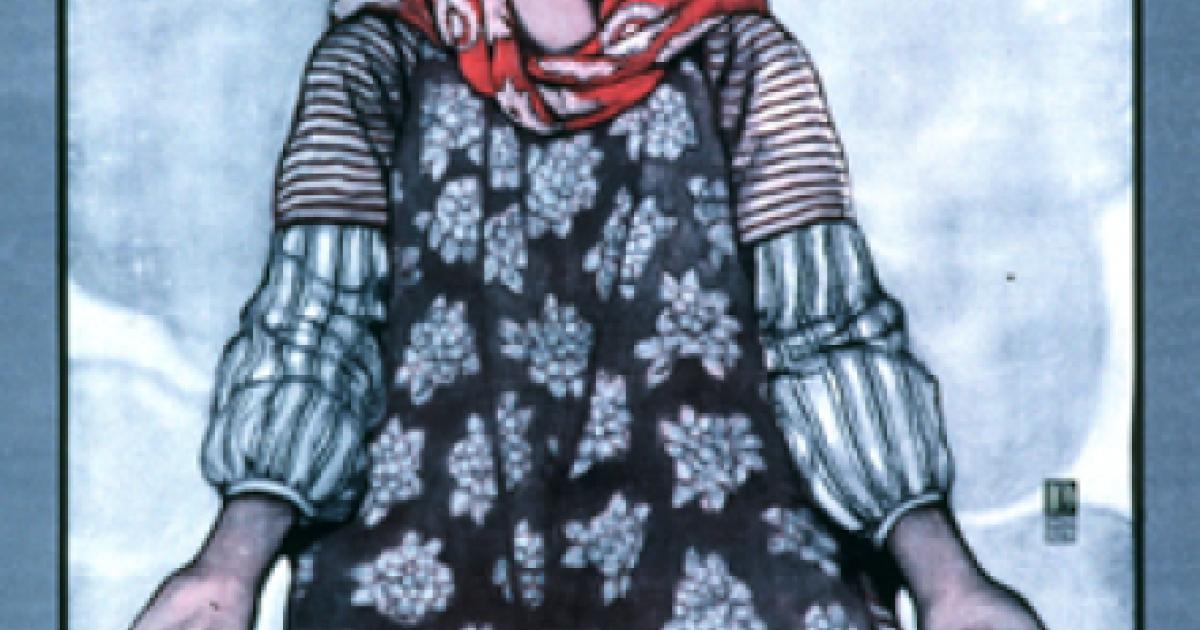 On both the left and the right, there is a consensus in Washington that the United States needs to “push back” against the Islamic Republic’s nefarious actions in the Levant, Iraq, and Yemen. The clerical regime largely controls the ground war in Syria: Tehran’s foreign Shiite militias, imported from Lebanon, Iraq, Afghanistan, and Pakistan, and Iranian-directed native forces lead the battle against the Sunni insurrection. In Iraq, the Islamic Republic has energetically encouraged sectarian conflict, aiding politicians and militias that have taken a hardline toward political compromise with Sunnis. Iraqi members of Iran’s Islamic Revolutionary Guard Corps have become senior officials in the government. And in Yemen, Iran has backed the Shiite Houthis in their campaign to dominate the country. What once would have seemed far-fetched—Tehran trying to develop a Lebanese Hezbollah-like movement among Yemen’s “Fiver” Zaydi Shiites, who have never been close to the “Twelver” Jafaris of Iran—is now conceivable. If such Shiite militancy becomes anchored in the south of the peninsula, Tehran will surely try to aim it northward toward the badly oppressed Shiites of Bahrain and the oil-rich Eastern Province of Saudi Arabia.

But among Republicans and Democrats, no one really wants to clarify what “push back” means. For cause: Any serious American effort against the Islamic Republic will inevitably risk the nuclear agreement, the Joint Comprehensive Plan of Action, which the Trump administration has signaled that it will, with increasing reluctance, keep but “rigorously” enforce. Within the Democratic Party, the atomic accord has become sacrosanct. Yet the two objectives cannot co-exist. The sine qua non of the agreement is to trade temporary restraints on Iran’s nuclear aspirations for the lifting of sanctions against the Islamic Republic. Any serious American effort to punish Tehran will inevitably include the use of escalating sanctions. This is so even if the United States doesn’t deploy more forces into the region, which would mean, among other things, that the only unilateral way Washington could painfully hit Tehran would be through sanctions. Neither Congress nor the White House is going to confront the Islamic Republic and concurrently fuel its expansion. American foreign policy can sustain severe contradictions, but this one would be too much: We would be paying for our own defeat. If we imagine scenarios where the United States actually puts more troops into either Syria or Iraq (unlikely with President Trump), or just keeps troops in the latter against Iran’s wishes (not at all unlikely after the defeat of the Islamic State in Mosul), then we could rapidly find ourselves in an indirect shooting war with the mullahs’ praetorians, the Revolutionary Guards, who oversee all of Iran’s foreign adventures.

It’s impossible to imagine the White House or Congress maintaining the nuclear deal, with its economic rewards, while watching Iranian proxies kill American servicemen. If in response to more poison gas attacks against Syrian civilians, Donald Trump eventually decides to threaten the rule of Bashar al-Assad, it’s not unlikely that Tehran’s proxies would kill American forces operating in Iraq and Syria. Senior Iranian officials regularly use the term “asymmetrical” when referring to their strategy for responding to the re-imposition of significant American sanctions or hostile military actions. “Asymmetrical” means the same thing to Iranians as it does to us: When Americans start dying, the JCPOA is dead.

The restrained way that President Trump responded to Assad’s use of sarin—cruise missiles at 3.40 a.m. after the Russians had been warned—doesn’t suggest the White House really wants to escalate. Even more telling is Trump’s recent decision to end the Central Intelligence Agency’s “covert” support to the Free Syrian Army, which unlike the much more substantial U.S. aid given to the mostly Kurdish Syrian Democratic Forces, battles the Assad regime and not the Islamic State. But Trump may not be able to roll back the clock. Aligning with Assad and his partners to eliminate Sunni jihadist organizations, as was the White House’s initial hope, would be more challenging now. Moscow and Tehran will continue to slaughter Syrian civilians, further radicalizing the countryside. An explicit aim of the Assad regime—obviously approved, likely advanced, by both Tehran and Moscow—is to depopulate the rebellious Sunni regions of the country, redrawing the pre-war creedal map where the Alawis’ 10 percent confronted a Sunni bloc of around 75 percent of the people. As Trump will learn, ceasefires in Syria mean nothing or are counterproductive. It’s only a matter of time before the regime makes a play to retake Deir az-Zor since its fall would fracture the Sunni opposition in eastern Syria, probably breaking the back of the rebellion. Both Moscow and Tehran would likely support this move, which would open the sought-after land route from Iran to Lebanon and clearly signal the eclipse of the Unites States in the Middle East.

For Washington an ethical slippery slope is in play: If the administration finds gas attacks to be beyond the pale, will it find vastly greater numbers of Syrian women and children slaughtered by Russian bombs, tanks, artillery, and Iranian-led ground forces to be sufficiently heinous to warrant real “push-back?” If Assad, Iran, and Russia are going to take advantage of their decisive victory in Aleppo last December, they are going to amp up their offensives in central and eastern Syria—regardless of any ceasefires that Presidents Trump and Putin may have concluded. Barack Obama never indulged any moralism in his Syria policy, letting Assad and his partners slaughter without reprisal. However oddly, given his earlier endorsement of Assad’s guerre à outrance against Sunni militancy, Trump opened the door to traditional American moralism when he responded to the sarin attack. However, his cancellation of C.I.A. support to the Free Syrian Army soldiers suggests that the earlier Trump may now be ascendant, that the president has no intention of changing his exclusive focus on the Islamic State regardless of what Assad and his allies do against the Syrian people.

Even if we imagine a new American foreign policy, where the administration is prepared to risk the nuclear deal to counter regionally the Islamic Republic (and also be prepared militarily to strike the nuclear facilities if the mullahs start reconnecting centrifuges), we still have to confront an ugly fact: Iran and Russia have become the dominant powers of the northern Middle East. What Obama gave away when he withdrew America from Mesopotamia in 2011 cannot be brought back—without a significant effort. The Russians have looked at the Middle East, from Turkey south to Egypt and from the Mediterranean to Afghanistan, and done the math. Shiites and Sunnis are nearly an even split. The Islamic Republic has never posed a strategic threat to Moscow. The clerical regime has never gained a foothold in the Caucasus and Central Asia outside of Tajikistan, the only Persian-speaking country in the former Soviet Union. And even in Tajikistan, where Sunni fundamentalism is strong, anti-Iranian sentiments are intense and widespread. After the fall of the Soviet Union, the Islamic Republic’s cultural and religious outreach flopped, thwarted by the Sunni–Shiite divide (the vast majority of Central Asian Muslims are Sunni), Iranian cultural arrogance, and the superior efforts of Turkish Gülenists, Saudis, and other Sunni missionaries.

Putin has already made the calculation that his own brutal actions toward Sunni Muslims in the Caucasus and his support of anti-Islamist rulers within the former Soviet Union don’t have a prohibitive downside. The Russian ruler does not seem to fear Sunni Islamic radicalism at home. Putin’s alliance with Shiite Iran is a logical extension of his domestic self-confidence; it’s also a smart strategic move since Iranian power has no effective Arab counterweight, at least in the northern Middle East.

The Trump administration’s new default position in the region, which was where Hillary Clinton, too, was likely headed, is to view traditional Arab Sunni allies—the Sunni Gulf Arabs, Jordanians, and Egyptians—as a bulwark against Iran. Hunting for a means to avoid greater commitment in the Middle East, the White House and the Pentagon have also alighted upon the idea of the Kurds as our foot-soldiers against radical Sunni Arabs. They aren’t, of course. The Kurds have limited range and run the serious risk, in both Syria and Iraq, of aggravating already inflamed ethnic tensions. And Sunni Arab states simply can’t project the required power. In Egypt’s case, the field marshal-turned-president-for-life, Abd al-Fattah al-Sissi, has more or less aligned himself with Assad, preferring dictatorial solidarity to Sunni fraternity. Only the Iranians have the ideological appeal, organization, and resources to send their own soldiers and thousands of foreigners into battle far from home. And the closer Moscow is to Tehran, the more the Arab states, particularly the oil-rich Gulfies, must treat Russia with all the deference that a great power commands. The White House’s hope to separate Russia and Iran really makes neither strategic nor cultural sense since Russia and Iran want to see Washington’s hard power diminished and fear the alluring soft power of American idealism.

Without a significant commitment of U.S. troops to Syria and Iraq, there is simply no way for the United States to diminish Iran’s influence on the ground. Establishing safe zones where Washington could build up Syrian Sunni forces capable of defeating radical Sunni organizations as well as the Alawite and foreign Shiite forces will require American combat forces. This would take time and considerable patience. When the American side starts winning (Syrian Sunni numbers do matter), which it inevitably will if Washington commits the necessary resources, more American soldiers will be required to supervise liberated territory. Whatever forces Jordan, the United Arab Emirates, or Saudi Arabia might commit to this “peace-keeping” effort, their contribution would surely fall far short of what is required.

If we concede the northern Middle East, which Trump appears to have already done, we can still contain Iran: as long as the U.S. Navy guards the Persian Gulf, the Islamic Republic cannot manhandle the Arab Gulf states. Shiite insurrections in both Saudi Arabia and Bahrain would prove challenging for the Saudi and Khalifa families, but the Iranians probably can’t spark and feed such rebellions without more reliable supply routes than they presently have. The weakest point for the Iranians—massive internal dissent, which last erupted in the 2009 Green Revolt that followed contested presidential elections—would be worthwhile for the administration to explore, but this isn’t a natural card for President Trump to play. He would surely be awkward in aiming the bully pulpit in support of Muslims striving for democracy.

But the Middle East is, as always, fluid. The Iranians are quite capable of misjudging the United States. The clerical regime’s capacity to provoke Washington should never be underestimated. And the American president is a work in progress. Trump obviously loathes the Islamic Republic and hates the nuclear deal and could conceivably walk away from it even though his administration doesn’t seem to know yet what to do if the White House allows Congressional sanctions, lifted by the atomic accord, to reset. We could find ourselves in the odd and contradictory situation where Trump eagerly concedes victory to Iran in Syria and Iraq and allows the clerical regime to buy Boeing aircraft but ends the JCPOA, thus obliging Washington to prepare for possible military strikes, assuming Tehran has the fortitude to counter Trump. What seems unthinkable today may become conceivable tomorrow.