For the past several years, members of the Joint Chiefs of Staff have been painting a bleak portrait of the state of the armed services. Testifying to the senate Armed Services Committee in January 2015, recently retired Army chief Gen. Ray Odierno admitted that Army readiness “has been degraded to its lowest level in 20 years.” This year, Odierno’s successor, Gen. Mark Milley, went farther: the Army is not well prepared to engage a major power. “If we got into a conflict with Russia then I think it would place our soldiers’ lives at risk,” he said. 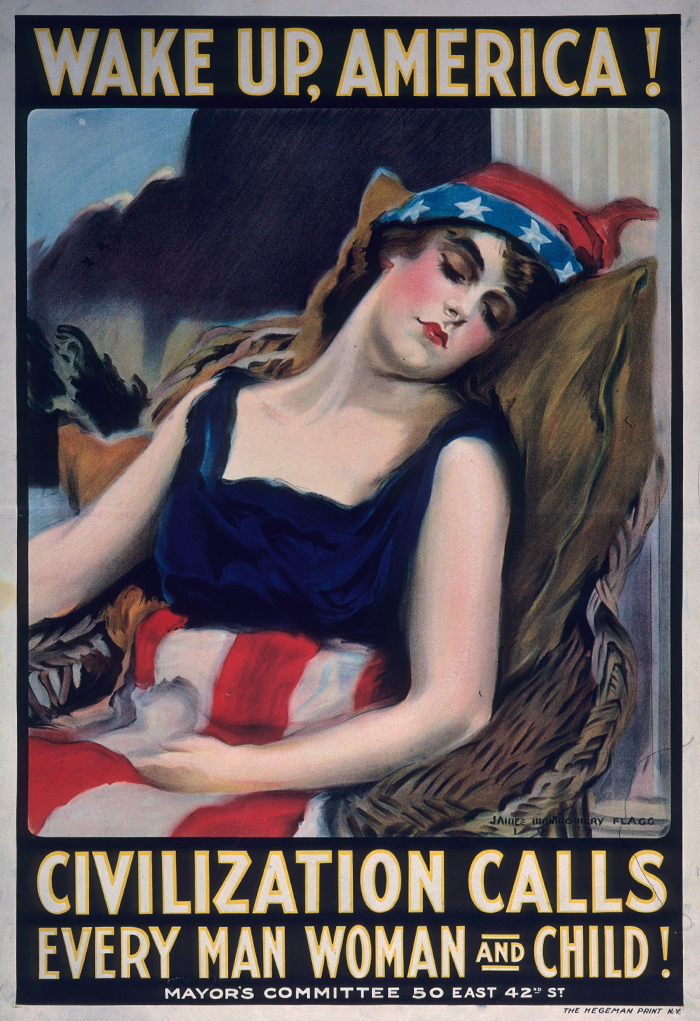 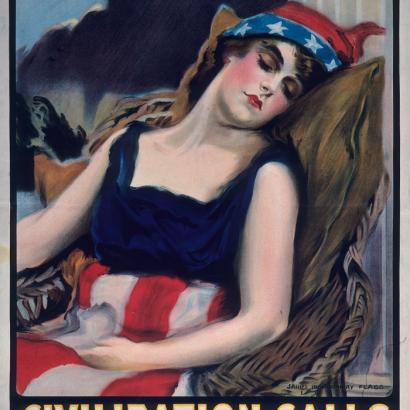 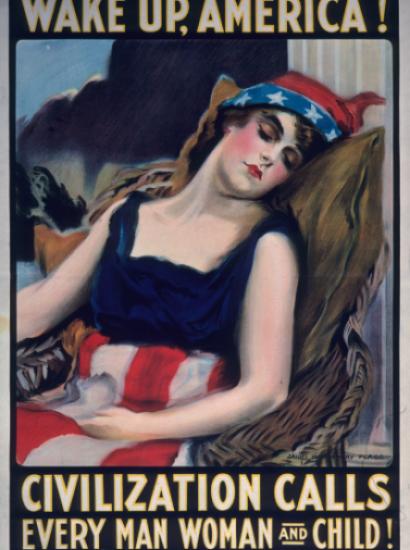 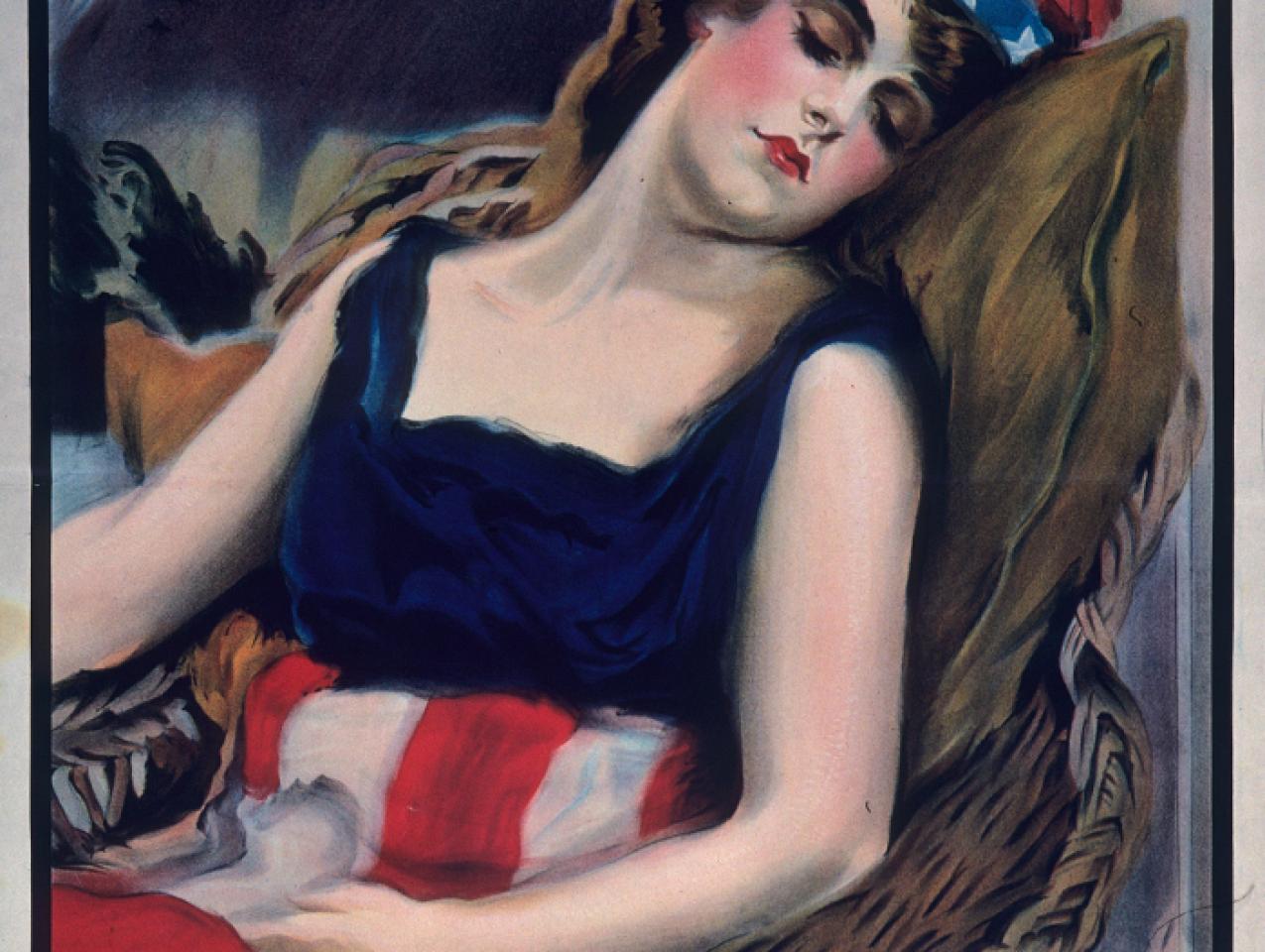 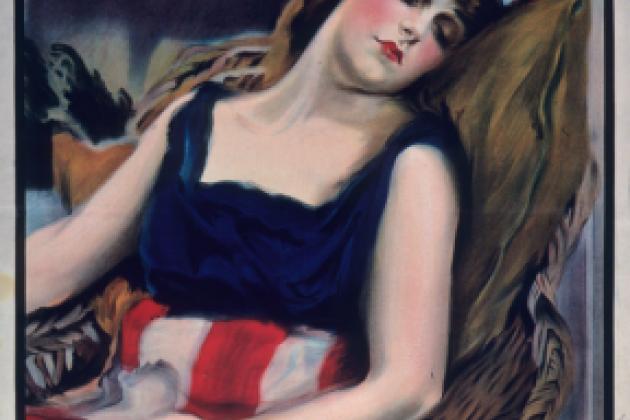 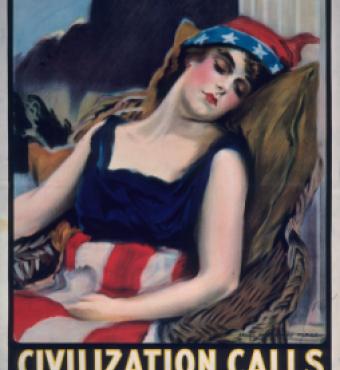 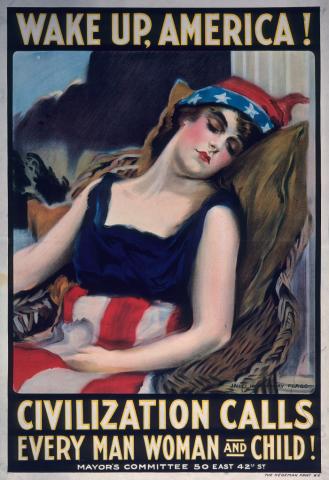 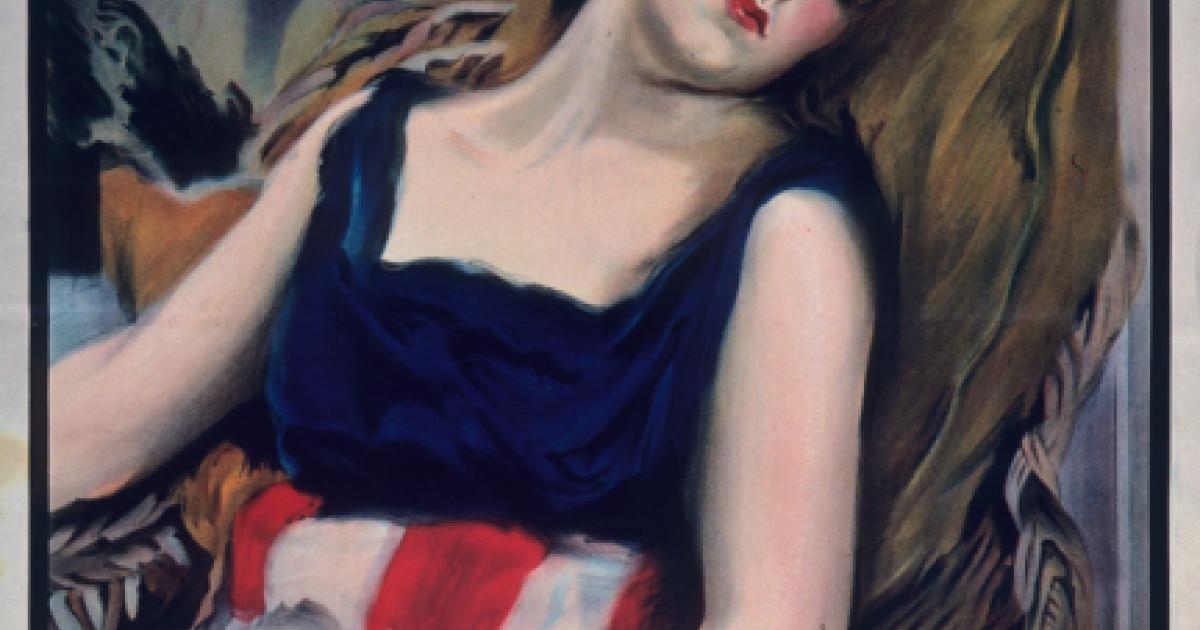 For the past several years, members of the Joint Chiefs of Staff have been painting a bleak portrait of the state of the armed services. Testifying to the senate Armed Services Committee in January 2015, recently retired Army chief Gen. Ray Odierno admitted that Army readiness “has been degraded to its lowest level in 20 years.” This year, Odierno’s successor, Gen. Mark Milley, went farther: the Army is not well prepared to engage a major power. “If we got into a conflict with Russia then I think it would place our soldiers’ lives at risk,” he said. Other service leaders have made similar statements regarding other potential adversaries, including China, Iran, and North Korea.

“We have a lot of ‘not availables’ in the force right now,” continued Milley, underscoring that force readiness is a multiple of sufficient personnel, serviceable equipment, adequate training funds and time, and a host of other factors. The Navy, for its part, has a constantly growing backlog of deferred ship maintenance. A recent television report profiled a Marine F/A-18 Hornet squadron that had to wait 18 months to receive spare parts and was constantly “cannibalizing” parts from one plane to another. Only half of Air Force fighter pilots—including those who fly the top-of-the-line F-22 Raptor—are receiving the full spectrum of training required. It is small wonder, then, that the chairman of the JCS, Marine Gen. Joseph Dunford, agreed with the conclusion drawn by Rep. Mac Thornberry, the chairman of the House Armed Services Committee, “that we have a significant readiness problem across the services, especially for the wide variety of contingencies that we’ve got to face.”

How can this happen? How is it that a military that should be recovering, now that the wars of the post-9/11 era have “ended,” should be in such poor condition?

In fact, the U.S. military has been caught in the vortex of a storm that has been brewing for decades. While the tempest has reached hurricane force during the Obama years, the underlying weather patterns go back to the mid-1980s.

Let us begin by dividing the Obama years into two periods, the most recent shaped most significantly by the 2011 Budget Control Act—meaning that the greatest damage done to the U.S. armed services is the result of a bipartisan agreement between an extremely liberal Democratic White House and a hard-core conservative Republican majority in the House of Representatives. The law, now shaping the fourth of the ten budgets it is supposed to cover, is on track to reduce overall defense spending by about 20 percent from what President Obama planned in his original 2011 budget proposal, roughly a total of $1.5 trillion. There have been minor adjustments to the original figures in the short-term budget deals struck last year and in 2012, but that amounts to less than $50 billion of relief. But that small relief did not make up for the damage done in 2013, when, thanks to a standoff between the White House and Congress, the law’s “sequestration” provision came into effect.

Sequestration accelerated the downward spiral in military readiness in ways that are now manifesting themselves. At one point, only 10 percent of the Army’s 40-plus active brigades—a total that has now been reduced to just 30 brigades—were fully ready. The budget cuts hit hardest at the small-unit level: personnel review boards had to cut 30 percent of the captains who had joined the Army during the Iraq “surge” years. The Navy had to extend ship deployments at the same time it was reducing its maintenance to just 57 percent of what was needed. The Air Force grounded 31 flying squadrons.

At the same time, the Obama Administration worked to lock in the reduction in military capacity and capability in two related ways. To begin with, it rewrote its defense strategy to “rebalance” or “pivot to the Pacific.” While this was spun as a response to China’s military modernization and increasingly aggressive posture in East Asia, the strategy’s biggest effect was to pivot away from traditional U.S. interests in Europe and the Middle East. More limited strategic aims allowed for a reduction in the long-standing Pentagon force-sizing construct. Since the end of the Cold War, previous administrations of both parties had accepted that, as a global power, the United States had to be prepared to fight two large-scale wars at the same time. By withdrawing from the Middle East and declaring Europe to be eternally at peace, the White House substantially lowered the bar of military sufficiency.

Since the president issued his “defense planning guidance”—and, at the time, both the White House and the Pentagon boasted about Obama’s personal involvement in the process—the world has defied these planning assumptions. In 2012, Vladimir Putin had not annexed Crimea, invaded eastern Ukraine nor intervened in Syria; the Islamic State did not exist nor had Iran embarked on its effort to subdue northern Arabia; China had not created artificial islands nor built military airfields on reefs less than 150 miles from Manila. In other words, geopolitical realities have forced even the reluctant Obama Administration into a redeployment of forces even as it maintained its lowered planning standards, continued force reductions, and budget cuts. Nor has the Republican Congress, despite winning a Senate majority in 2014, raised any serious objection.

The net result is yet another dip in overall force readiness. Perhaps the most notable single measure of the problem is the emptiness of the “pivot” of force to the Pacific. The combination of a shrinking fleet and unforeseen commitments elsewhere has meant that the Navy has never had sufficient presence in the western Pacific, and most notably in the South China Sea. In the four years since the “rebalanced” strategy was announced, the Navy has been unable to position two aircraft carriers in that theater for only a single month. In April, Secretary of Defense Ashton Carter staged a big show when the carrier USS John C. Stennis sailed through the South China Sea, declaring, “We have been here [in Asia] for decade upon decade.” In fact, the Stennis, more than halfway through its deployment—a tour billed as the “Great Green Fleet” because of the Navy’s efforts to reduce its dependence on fossil fuels—had been in the South China Sea for just a week.

But the U.S. military was already headed for readiness woes before the budget law was enacted. In the first two years of his presidency, Obama directed more than $300 billion in cuts to weapons procurements, most notably capping the size of the F-22 fleet at 187 aircraft instead of the 350 previously—and 750 originally—planned.  It’s no accident that pilots don’t have enough Raptors to train with or that, in response to the Russian expedition to Syria, the Air Force has had to transfer F-22s from Alaska—that is, from the Pacific—to the Middle East. And now that those aircraft have been sent home for refitting, the service is hard-pressed to replace them.

To be fair, the Obama Administration and its accountant accomplices on Capitol Hill are merely seizing on the opportunities created by previous presidents. After the attacks of September 11, 2001, George W. Bush chose to fight his wars without any structural increase in U.S. armed forces. “You go to war with the Army you have,” lamented Secretary of Defense Donald Rumsfeld in 2014, “not the Army you might want.” It was not until Rumsfeld was fired and the Iraq “surge” of 2007 that the Bush Administration asked to expand the military. Despite sizeable increases in defense spending, very little of the money was spent on weapons modernization beyond procurements like the $30 billion for massive Mine-Resistant Ambush Protected vehicles—useful for convoys in Iraq, but without much other purpose. Rumsfeld, who came to office determined to impose a “transformation” of the American military, shortchanged current programs like the F-22 and F-35 fighters, the Navy’s Zumwalt destroyer and pretty much every system the Army had on the books.

But even Rumsfeld’s task was made easier by the large budget and force reductions and so-called “procurement holiday” that began in the Clinton years. The active-duty Army in 1991 included 780,000 soldiers; by the end of the 2018 budget year it could be as low as 420,000. The Navy had a little less than 500 ships; today it is on a path to 282. The Air Force had 26 tactical fighter wings—of 72 planes each—and is headed for 13 wings of 54 planes.

Finally, it should be noted that the demand for “jointness”—greater interconnectedness among the separate armed services—instilled by the Goldwater-Nichols Act of 1985 has increased the overall readiness challenge. It is remarkable that fighters based on an aircraft carrier in the Arabian Sea can provide close air support to remote combat outposts in Afghanistan, but the price tag and complexity of such operations is immense. The corresponding cost of preparing to fight in a joint-service style is likewise larger than in a more traditional, service-specific manner. Ironically, greater service autonomy would likely mean greater operational flexibility and combat readiness.

In sum, “doing more with less” has been the motto of the post-Cold War military, and it should be no surprise that the result is not simply diminished capacity and capability but diminished readiness. A force that is too small can never catch up with demand. As the Army’s Training and Doctrine Command admitted in a recent assessment: the “Army is too small to protect the Nation and its interests abroad and to uphold U.S. international obligations around the world.” The problems of preparedness are not apparent in small, short engagements: the invasions of Afghanistan and Iraq in 2001 and 2003 were lopsided affairs. But these shortfalls of capacity crippled both post-invasion efforts. And, as the service chiefs make plain, taking on any tougher adversary now would reveal shortfalls in capability. And that is the difference between an incomplete victory and real defeat.