The medical liability system functions less like a rational compensation scheme and more like a lottery. How to take luck out of the equation. By Daniel P. Kessler. 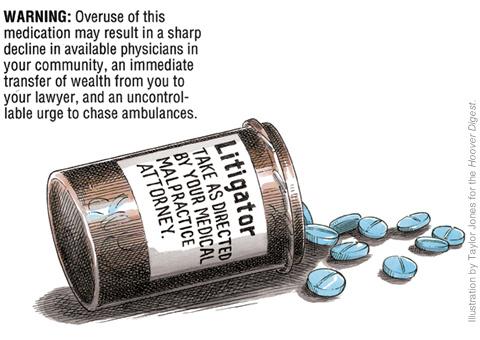 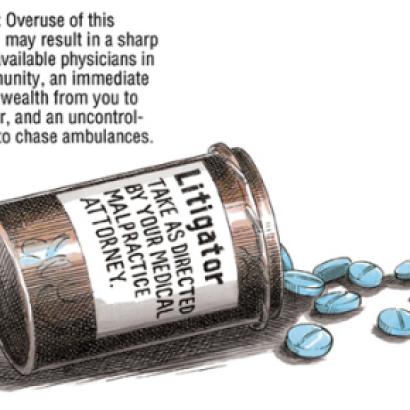 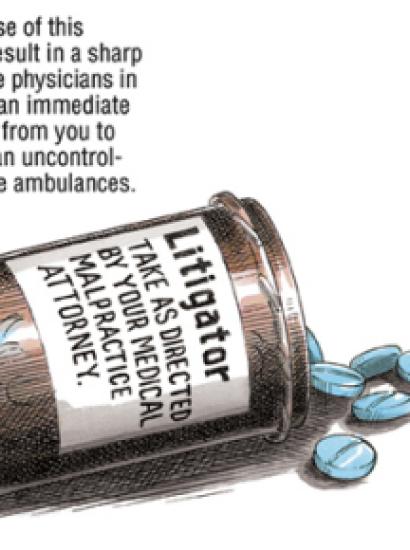 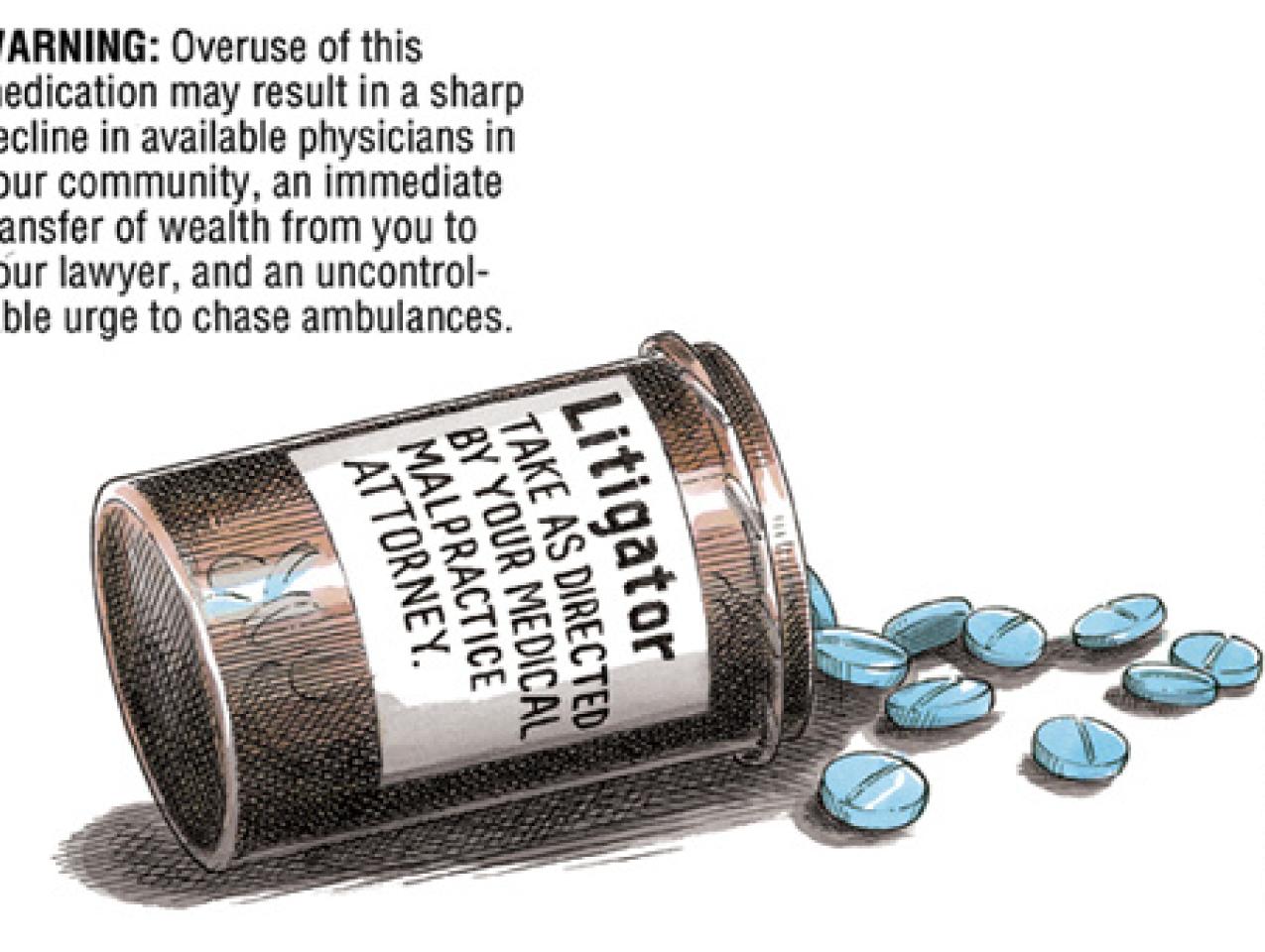 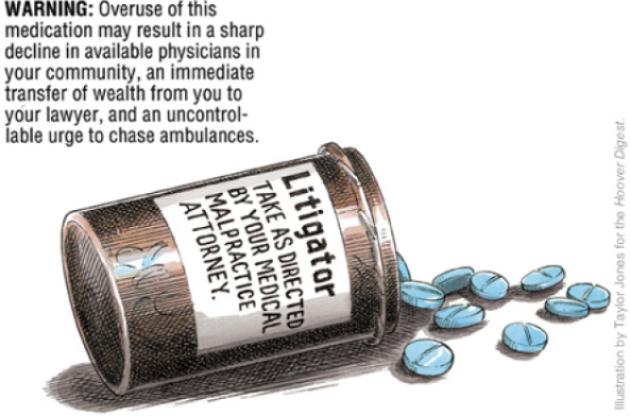 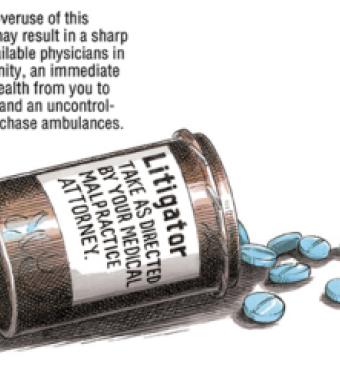 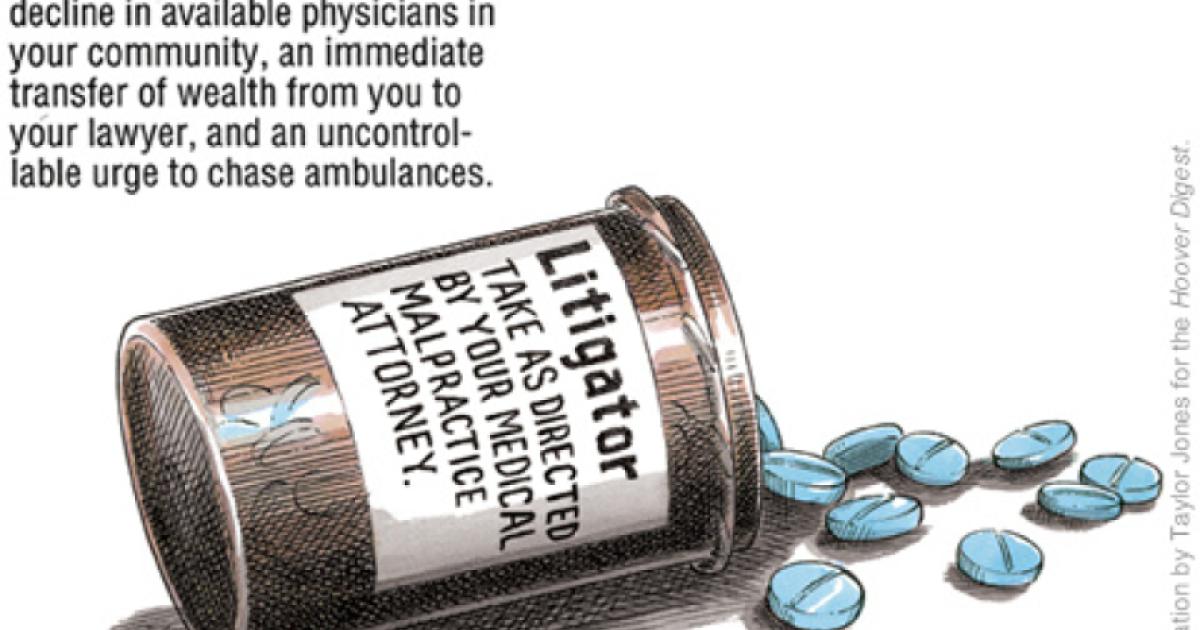 The medical liability system is in serious trouble. Injuries due to improper medical care are the leading cause of accidental death in the United States; according to the Institute of Medicine, between 44,000 and 98,000 deaths a year are caused by medical mistakes. Medication errors alone account for approximately 7,000 deaths a year, exceeding the number of deaths resulting from workplace injuries. And, when a person is injured, the system functions more like a lottery than like a rational compensation scheme. According to the Harvard Medical Practice Study, only 1 in 15 patients who suffers an injury because of medical negligence receives compensation, whereas 5 out of 6 cases that receive compensation show no evidence of negligence. 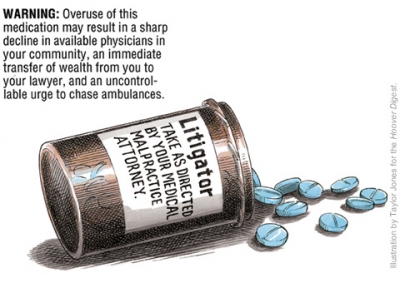 At the same time, the system is tremendously costly. Litigation expenses and other transaction costs account for more than half of malpractice compensation expenses. “Defensive medicine”—treatment decisions based on fear of legal liability rather than patients’ best interests—further drives up health-care costs and reduces access to care.

What should we do? Conventional tort reforms, such as reasonable caps on noneconomic damages, are a good first step. Caps reduce the malpractice pressure on doctors and hospitals and, in turn, reduce the prevalence and cost of defensive medicine—without significant or substantial consequences for quality. In an article in the June 2005 issue of Journal of the American Medical Association, David Becker, Bill Sage, and I report new evidence on the effects of reforms. We find that states adopting reforms such as caps on damages showed an approximately 3 percent greater growth in the supply of physicians than states without reforms. This supply expansion enhances competition, keeps physician wages down, and improves access.

But defensive medicine is only part of the problem. Researchers and policymakers should thus take up three other ideas for reforming the liability system.

First, patients and their health-care providers should be given more freedom to experiment with alternatives to the courts. Under federal law, patients and providers have the option of choosing alternative dispute resolution (ADR), in which an arbitrator resolves their case in a binding decision. There is evidence that ADR compensates victims faster, more fairly, and with lower transaction costs. ADR also can enhance the incentives for doctors and hospitals to take more appropriate precautions against medical errors by replacing the current compensation lottery with a more consistent decision-making process.

Yet ADR is surprisingly uncommon. Its proponents argue that some state laws and judicial decisions make ADR agreements impossible to enforce. According to this reasoning, few agree to ADR because its decisions don’t mean much. Its opponents argue that a pro-doctor bias, or at least the perception of such a bias, is responsible for its unpopularity. According to this reasoning, patients are wary of ADR because arbitrators are more likely to develop ties to those who pay for their services rather than to individual plaintiffs.

Before we give up on ADR, however, we need to reform public policy to give it a chance. To give everyone more confidence in ADR, legal and regulatory reform should ensure that its decisions are both enforceable and impartial.

Second, it’s time to reform an important rule of evidence. Data on adverse medical events collected by providers in order to improve their quality of care should not be admissible in malpractice cases. In general, such data are now discoverable by plaintiffs, unless they fall under a state’s specific statutory exception. Although this may seem to be in patients’ best interests, the rule of discoverability involves a trade-off: It helps individual plaintiffs but hurts patients as a group, by giving providers the perverse incentive to avoid learning about their mistakes when there isn’t a lawsuit. According to the Institute of Medicine, the costs of full discoverability exceed the benefits: Reforming the rule will enhance providers’ incentives to reduce the number of medical errors. Congress and several state legislatures have considered reforms of this type; they should adopt them immediately.

Third, it should be easier to use evidence-based clinical practice guidelines in malpractice trials. (Such guidelines are written statements of what constitutes appropriate treatment for a specific illness, set of symptoms, or type of patient.) In general, procedural legal rules limit the use of guidelines as evidence. Therefore, one possible reform would allow complying with a guideline to be a defense to malpractice; another reform would allow failing to comply with a guideline, without a patient’s written permission, to be evidence of malpractice.

Allowing guidelines to be used in court solves two problems. First, it would make trials more predictable. Second, expanding the role of guidelines would alert providers (and patients) to “best medical practices,” which our health-care system desperately needs to do.

A shorter version of this essay was published as part of the Hoover Institution Weekly Essay series, which is distributed by Knight Ridder/Tribune, August 24, 2005. Available from the Hoover Press is Power to the Patient: Selected Health Care Issues and Policy Solutions, edited by Scott W. Atlas. To order, call 800.935.2882 or visit www.hooverpress.org.