There’s no compelling state interest in excluding religious charities from a public program even if they object to serving same-sex couples. 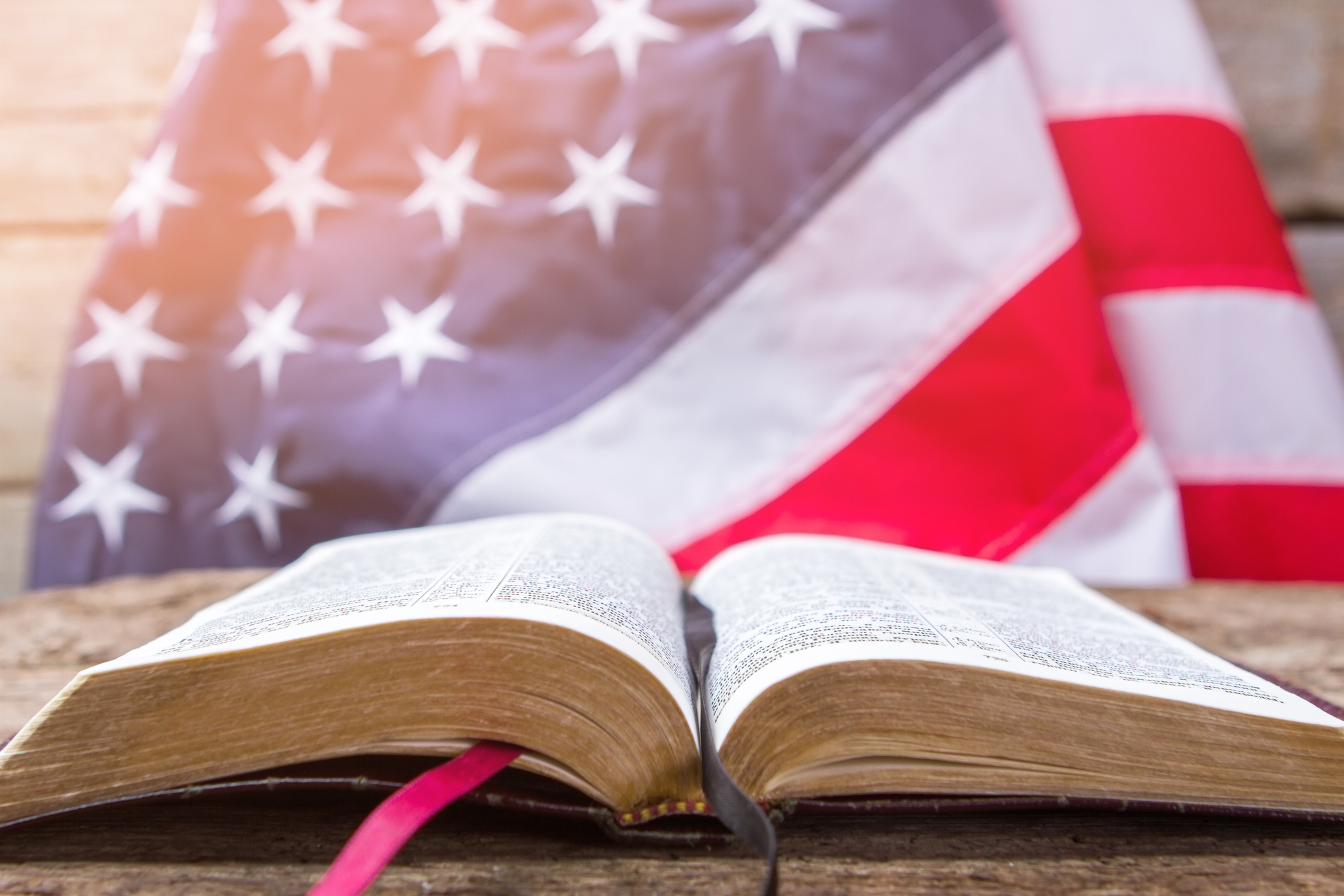 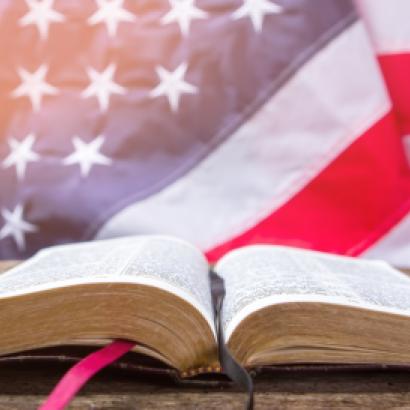 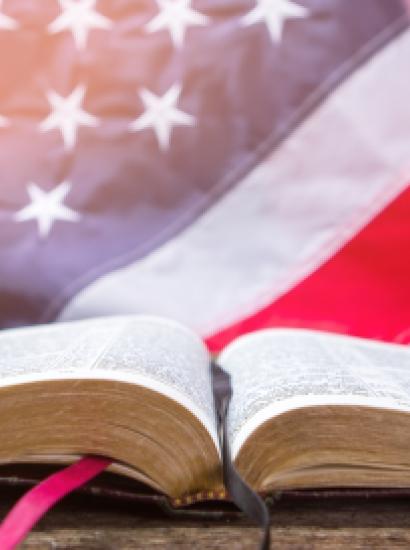 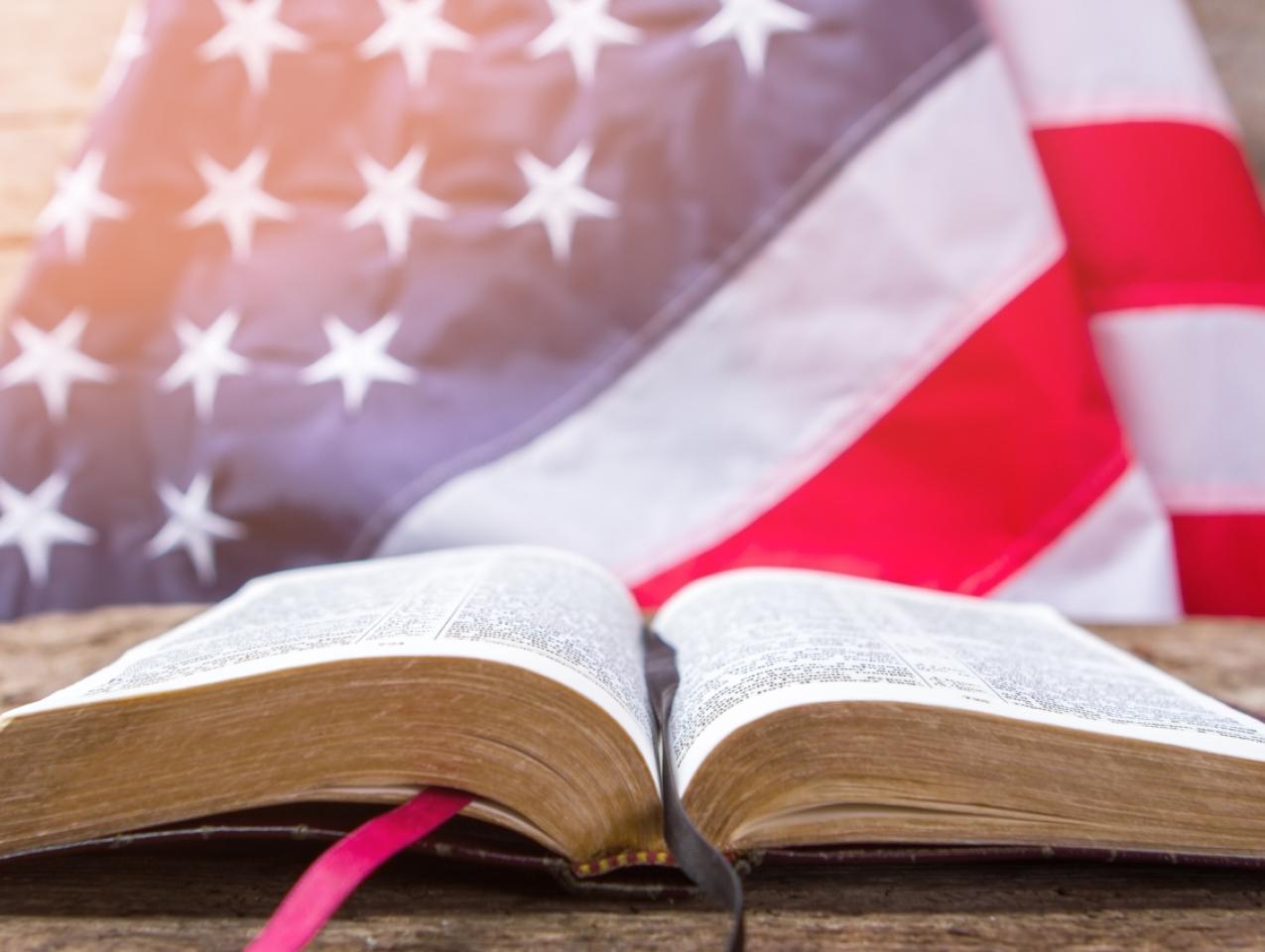 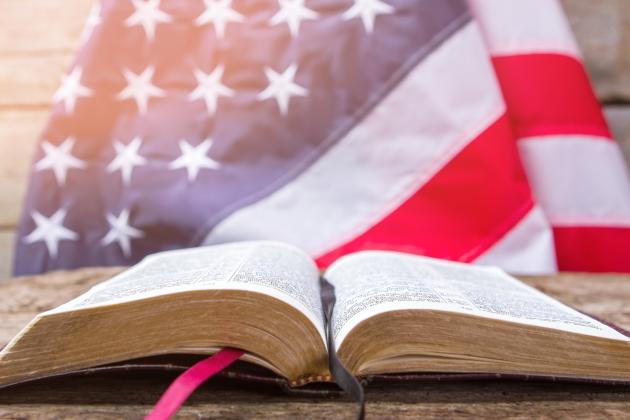 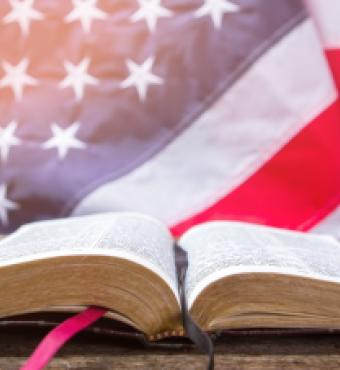 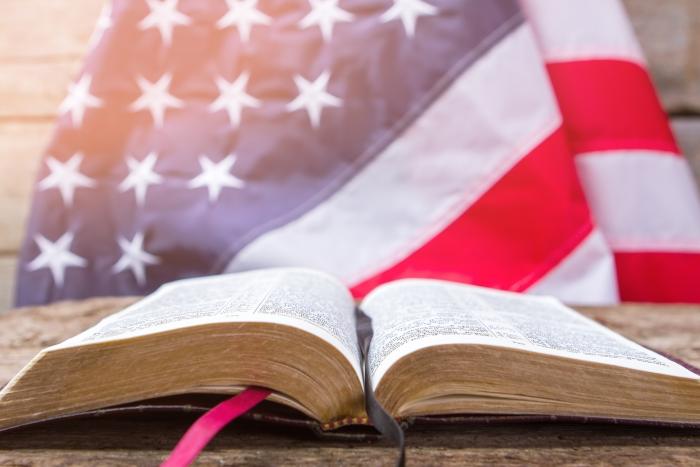 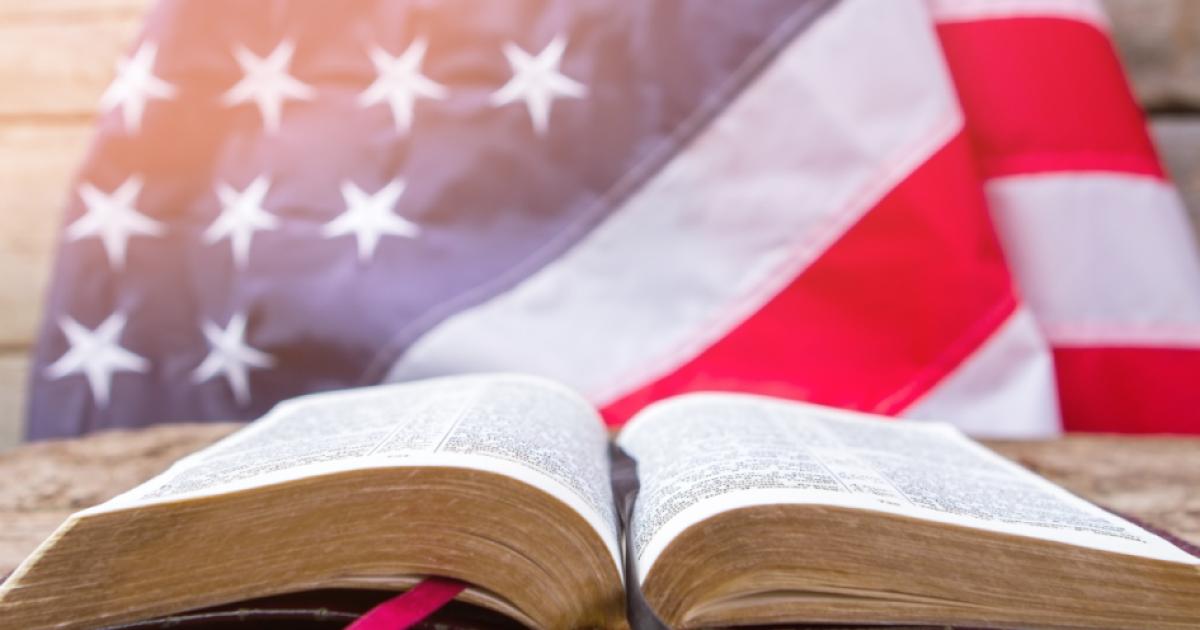 This past week in Fulton v. City of Philadelphia, the Supreme Court re-entered the dangerous minefield at the junction of religious liberty and anti-discrimination. The current dispute arose when Philadelphia’s Department of Human Services announced that it would no longer refer children to Catholic Social Services (CSS) for placement in foster care because CSS refused to consider same-sex couples as potential foster parents. CSS was, however, prepared to accept into its foster care all children regardless of their sexual orientation. After prolonged negotiations with the city failed, CSS sued. It seeks, in the words of the Third Circuit, “an order requiring the city to renew their contractual relationship while permitting it to turn away same-sex couples who wish to be foster parents.” The Third Circuit upheld the position of the city.

Resolving this delicate confrontation requires a return to first principles. Let’s start with the First Amendment’s protection of the free exercise of religion, as elaborated in Justice Antonin Scalia’s majority opinion in Employment Division v. Smith. Alfred Leo Smith, a drug guidance counselor, was denied unemployment benefits after being terminated for consuming peyote, a controlled substance, as part of a religious rite. The court held that his religious beliefs do not “excuse him from compliance with an otherwise valid law prohibiting conduct that the state is free to regulate.” The First Amendment did not require Oregon to accommodate Smith’s religious practice. Any neutral law of general applicability was acceptable, notwithstanding its disparate impact.

Notably, the word exercise is broad enough to cover not only Smith’s use of peyote but also CSS’s adoption policies. Accordingly, under no circumstances should Philadelphia be allowed to pass an ordinance that requires the Catholic Church to ordain women as priests, or to offer family aid services paid from its own funds to same-sex couples. The question in Fulton is whether CSS’s free exercise rights are forfeited when the city supplies public funds and matching services to CSS and the children it puts up for foster care.

The point is contentious. During oral argument, Justice Elena Kagan insisted that Philadelphia has a compelling state interest to eliminate all forms of discrimination against same-sex couples. Stanford professor Jeffrey Fisher, who represented two-nonprofit organizations that sided with the city, made a similar point by insisting that if Philadelphia lost this case, city police officers would be able to refuse to enforce certain laws to protect those same-sex couples just by citing their religious convictions.

Both of these claims miss the central point. The real risk of government abuse arises when the state exercises its exclusive power to enforce the criminal laws. Given that state monopoly power, state actors have a correlative duty to treat all persons equally and therefore are disallowed from bringing personal religious convictions to bear on criminal law enforcement.

The situation, however, is quite different whenever the government grants public funds to organizations to discharge some public purpose. This contest raises tension between a state’s independent regulatory authority and its ability to impose conditions on such grants. It is often incorrectly asserted that the government has extensive freedom of choice when it puts “its” money behind a particular program, such that it can act in an “entrepreneurial” fashion even if it cannot regulate private church conduct. As one observer suggested, “[r]eligious groups typically have little leeway to shape government programs that they object to.”

These oversized claims for state control should be roundly rejected. The government does not have some private stash of cash to dole out on whatever terms and conditions it sees fit. Virtually all of its money comes from taxation, fines, and fees. Those monies are paid into the city by both supporters and opponents of the city’s ban on CSS. Just as it would be wholly inappropriate to exclude non-religious programs from participating in the city’s foster programs, so too is it wholly inappropriate to exclude the religious organizations solely because of their religious beliefs. Excluding either group from the class of recipients while forcing them to make contributions into the common fund creates an illegitimate cross-subsidy from groups without political power to groups with it.

That fundamental fiscal imbalance implicates the doctrine of unconstitutional conditions, which supplies the much-needed counterweight to inappropriate exercises of state monopoly power. The parallel common law rule holds that any public utility or common carrier has, by virtue of its monopoly power, the duty to offer services to all customers on fair, reasonable, and nondiscriminatory terms. The public law doctrine of unconstitutional conditions applies that principle to the strongly entrenched and indisputable state monopoly powers of regulation and taxation. But the state should have no power to regulate parties in competitive industries, where there are many alternative sources of supply. Accordingly, the state cannot license private Catholic hospitals only if they are willing to perform abortions at will, which can be done at many other facilities.

Similarly, whether the issue regards dispensing cash or using public facilities, the state cannot use its monopoly power to impose viewpoint conditions on public grants. Thus, no one thinks (I hope) that the city of Philadelphia can use its power to prevent CSS or its foster parents from using city streets to render their services unless they accept same-sex couples for foster care. The basic test is whether the condition that the city government wants to impose is designed to improve the overall efficiency of public services, or if the condition is instead intended to serve as a form of viewpoint discrimination. Thus, the city can require all vehicles that CSS uses on public roads to meet the uniform standards of vehicular inspection, but it cannot condition CSS’s use of vehicles on the alteration of its religious beliefs and practices.

It is painfully clear that the state cannot identify any efficiency justification for excluding CSS from its foster care program. The city operates a useful platform that brings together parents and other guardians with children in need of foster care through a wide array of organizations. The more choices on both sides of the platform, the better the system. We know that CSS increases the supply of foster care, which reduces the risk of shortages of foster placements. It also allows many parents or guardians seeking a Catholic family to obtain their first choice of foster parents. In oral argument, Justice Samuel Alito noted that CSS has never had to turn down an applicant for foster care who desired to place a child with a same-sex couple. Instead, CSS acted a liaison with other groups to secure those children with a satisfactory placement. Why should anyone oppose a system that leaves everyone better off, simply because one provider among many insists on adhering to its deeply held religious beliefs? There is no interest, let alone a compelling state interest, to undermine a matching program that has worked well for decades.

Fulton follows on the heels of the 2018 Supreme Court decision in Masterpiece Cakeshop, Ltd. v. Colorado Civil Rights Commission, which threw out a set of penalties that the Colorado Commission imposed on Jack Phillips, a devout Christian who refused to bake a wedding cake for a same-sex couple on religious grounds. In a most unsatisfactory opinion, Justice Anthony Kennedy chastised the commission only for its boorish behavior, not its substantive actions. Thus in the present case, the Court of Appeals for the Third Circuit had an easy hook on which to uphold the city, which acted with proper professional candor in dealing with CSS, unlike its Coloradan counterpart. But the ultimate issue in both cases is not about manners. It is about the abuse of monopoly power (exercised with civility or otherwise).

Masterpiece offers the converse situation to Fulton. In Masterpiece, a competitive market eliminated the need for Colorado to force any merchant to take on any customer, given that a host of merchants were eager for the same-sex couple’s business. But in Fulton, the state’s monopoly position requires it to apply the nondiscrimination rule for the benefit of CSS. In their effort to counter this contention, both Justices Stephen Breyer and Elena Kagan argued that allowing for discrimination against same-sex couples might open the way to allowing discrimination on the grounds of race. In my 1992 book Forbidden Grounds, I argued that private parties have the right to engage in any form of discrimination in private competitive markets, including discrimination by race—in part because that principle provides a clean justification for private affirmative action programs. But even if that argument is rejected emphatically for public institutions, recall Justice William Brennan’s 1984 opinion in Roberts v. United States Jaycees, which upheld Minnesota’s antidiscrimination law as applied to a large public club, only to insist “that choices to enter into and maintain certain intimate human relationships must be secured against undue intrusion by the state.”

The foster care arrangements fall into just this category. This implies that CSS, like all other qualified agencies, may choose foster parents on whatever grounds it wants, race and religion included. The expectation is that the Supreme Court will reverse the Third Circuit. Hopefully, it will also overrule Smith.