Saudi Arabia, The United States And The Anti-Iran Front In The Middle East

Though he fancies unpredictability a useful negotiating tool, President Trump has been remarkably consistent about the Middle East. He campaigned against the Iran nuclear deal and in May 2018 withdrew the United States from it. He promised, as most presidential candidates have done, to move the American embassy in Israel to Jerusalem. Unlike any other successful candidate, he actually did it, also in May 2018. 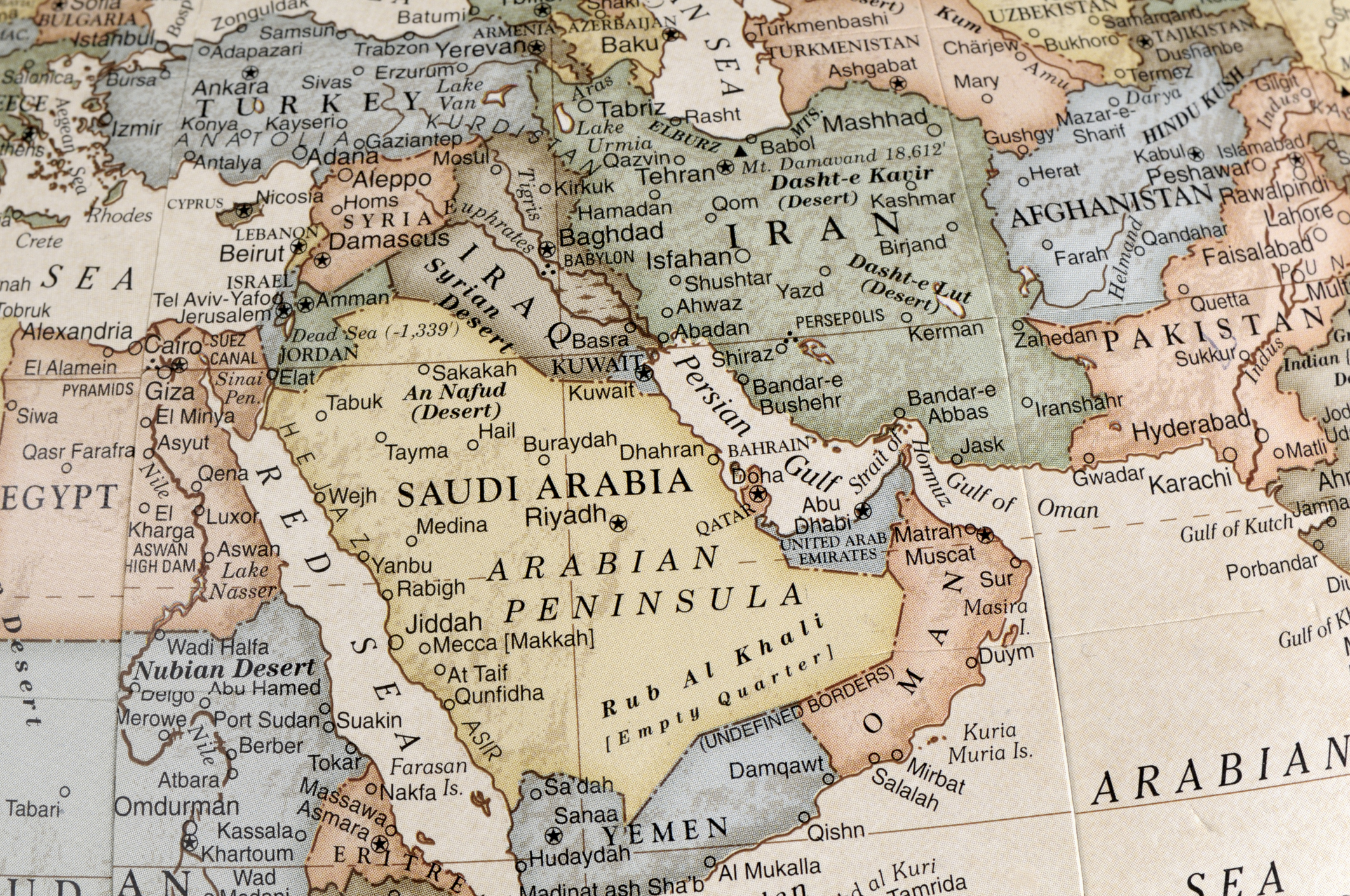 Saudi Arabia, The United States And The Anti-Iran Front In The Middle East 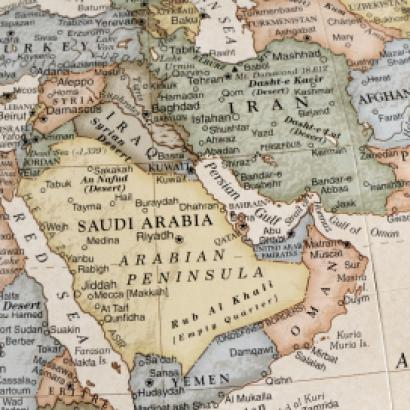 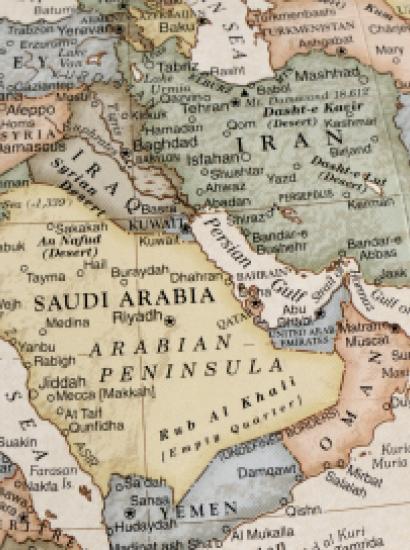 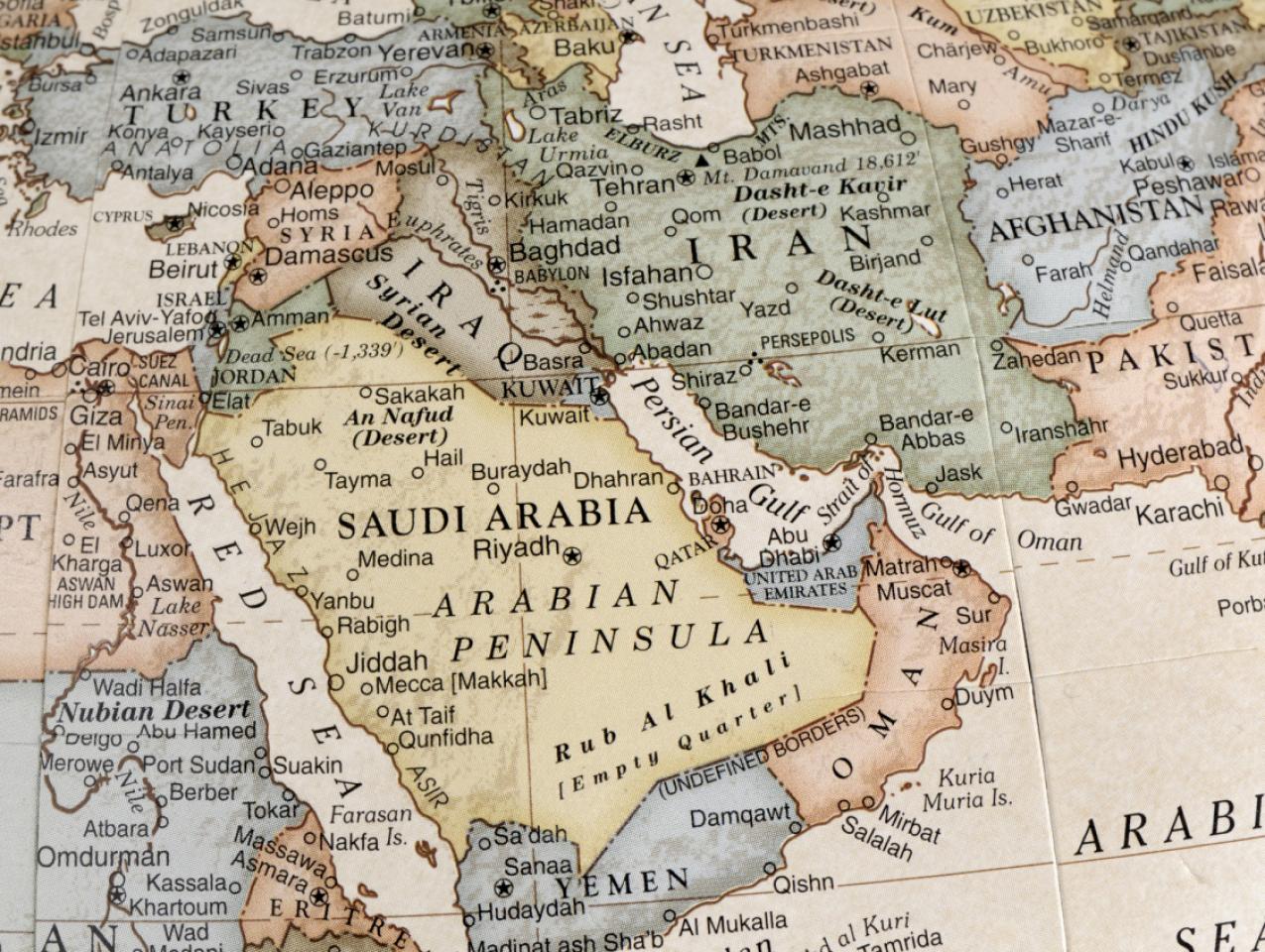 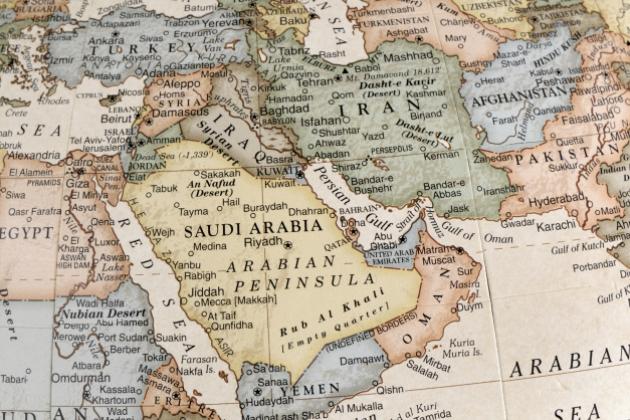 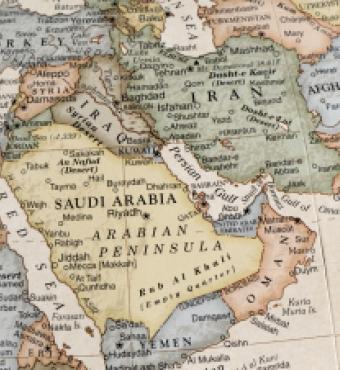 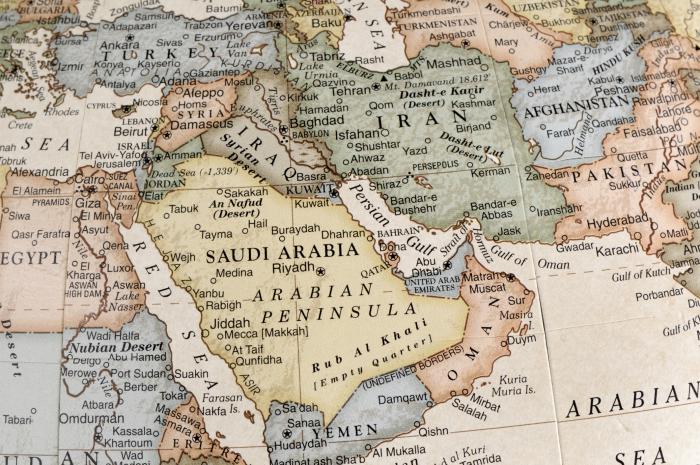 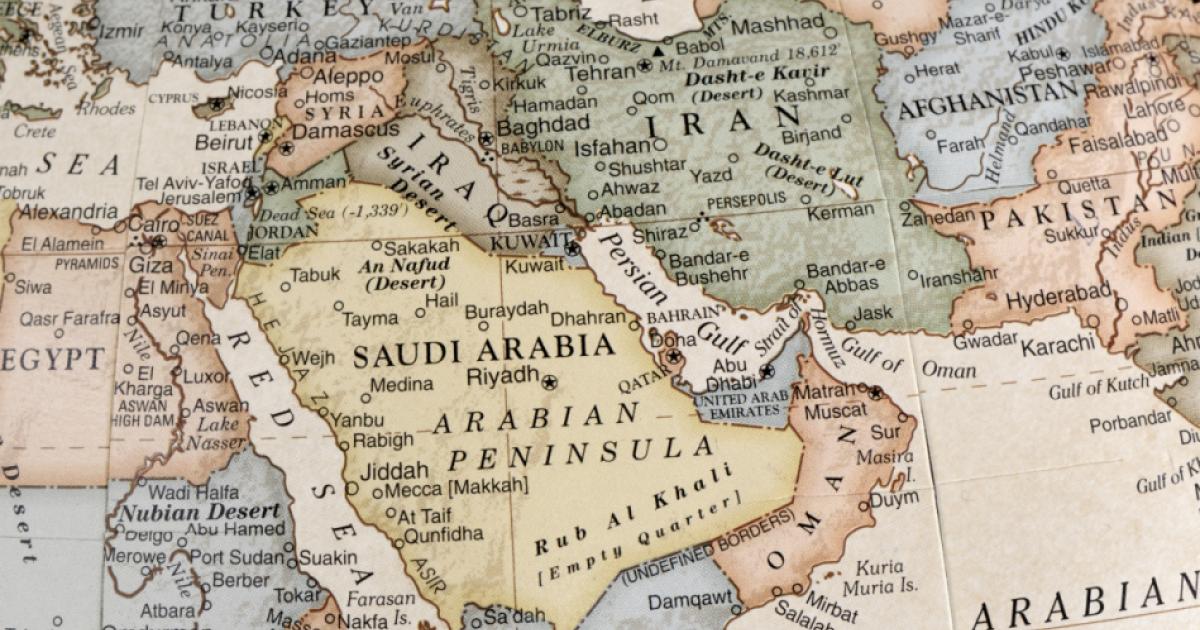 Though he fancies unpredictability a useful negotiating tool, President Trump has been remarkably consistent about the Middle East.  He campaigned against the Iran nuclear deal and in May 2018 withdrew the United States from it.  He promised, as most presidential candidates have done, to move the American embassy in Israel to Jerusalem.  Unlike any other successful candidate, he actually did it, also in May 2018.  The one Middle Eastern country about which his campaign rhetoric and his policies have substantially diverged is Saudi Arabia.  During the campaign, the President tended to lump the Saudis in with what he saw as other free-riding American allies, not paying their fair share for American security.  He supported Congressional legislation enabling the victims of the 9/11 attacks to sue the Saudi government in American courts, at least tacitly endorsing the notion that Riyadh had something to do with the al-Qaeda terrorists.

The President’s reversal on the Saudis has been dramatic.  Saudi Arabia was the first foreign country he visited during his presidency.  He endorsed the rise of Mohammad bin Salman to the position of Crown Prince and effective decision-maker in the Saudi government.  He backed the Saudis (and the UAE) in their stand-off with Qatar, undercutting efforts by his secretaries of state and defense to mediate the conflict when it emerged in the spring of 2017.  He, like his predecessor, actively supports the Saudi/Emirati military campaign in Yemen.  And the Saudis and the Emiratis were clearly enthusiastic about his harder line on Iran, initiating contact with the Trump circle immediately after the election (or, if current reports turn out to be true, even before the election).

But the President remains profoundly transactional, and he clearly wants things from the Saudis.  To some extent, he has gotten them.  The Saudis committed to major arms purchases during Trump’s visit of May 2017 (though many of them were already in the works, and others were more general agreements rather than actual contracts).  But, as the Administration’s policy toward Iran begins to gel, it appears that the President also wants a more robust commitment from Riyadh in confronting Tehran.  The White House has approached the Saudis about sending troops to Syria, replacing the American forces it hopes to draw down in the near future.  The President appears also to have demanded that the Saudis and other Gulf states contribute more financially to the anti-Iranian campaign than they have.  That might mean straight cash and it might mean oil production decisions meant to avoid price spikes if the more confrontational stance toward Iran leads to oil market disruptions, or it might mean both.

The problem is that the Saudis are unlikely to deliver on either issue, at least in ways that will satisfy President Trump.

The chances that Riyadh will send its own ground forces into Syria, particularly in the absence of American forces there, is next to nil.  Muhammad bin Salman is more of a risk taker in foreign policy than previous Saudi leaders.  He has deployed the Saudi air force, and very limited ground forces, in the Yemen civil war.  But we need to unpack the Yemen intervention to understand the limits on the Crown Prince’s risk propensity.  First, the Saudis have used their own ground forces very sparingly in Yemen, and always close to the Saudi border.  It is the United Arab Emirates that has borne the brunt of the ground fighting in the Saudi-Emirati campaign.  Second, Yemen is the regional conflict arena where the Saudis are least likely to come into a direct confrontation with Iranian forces.  Syria is the most likely.  That elevates the risk factor for Riyadh considerably.  Third, the Saudis have not done that well in Yemen.  The intervention is now in its fourth year.  While Riyadh and Abu Dhabi have been able to push the Houthis back from southern Yemen and advance toward Sana’a, they have not been able to take any major city besides Aden from the Houthi forces.  With Saudi Arabia still engaged in a difficult, expensive and increasingly controversial campaign in Yemen, the likelihood of Saudi troops in any numbers being sent to Syria is miniscule.

While no one would doubt that the Saudis are rich, their ability to simply turn over large amounts of cash to the United States government – as they did during the Gulf War of 1990-91 – is limited by their own current economic woes.  Since the collapse of oil prices in late 2014, the Saudi economy has been hurting.  Muhammad bin Salman’s plans to restructure the economy, decrease its reliance on oil and spur on the private sector, expressed in his Vision 2030 economic plan and subsequent documents, are certainly necessary, but the steps taken so far have depressed local economic activity in the short run, exacerbating the effects of the oil price decline of 2014.  The Saudis have reacted by spending down their reserves (which have fallen from nearly $750 billion in 2014 to just north of $450 billion now) and going on the international debt market to sustain government spending.  The Crown Prince’s crackdown in November 2017 on many of the leading figures of the Saudi private sector, the “Ritz Carlton roundup” that saw the luxury hotel turned into a high-class prison for Saudi elites, has added to the uncertainties in the Saudi economy.  An aggressive tin-cup campaign by the Trump Administration might not go down so well in Riyadh.

The Trump Administration might also be looking for the Saudis to act in the oil markets to restrain prices, at a time when the American re-imposition of sanctions on Iran could push prices higher.  President Trump has recently called oil prices “artificially very high.”  As American prices drifted above $70 per barrel and other indices approached $80 per barrel, Saudi Arabia in May 2018 engaged Russia in negotiations about increasing production levels to restrain prices and restrain investment in expensive shale oil exploration in the United States.  But the overall trend in Saudi oil policy since 2016 has been to push prices higher, not restrain them.  In 2016 the Saudis brought Russia and OPEC together in a successful effort to limit production and reverse the downward trend in prices.  That collaboration, along with improvements in the world economy, led to more than a doubling in world oil prices from their lows of 2015.  The Saudis need prices to stay up to avoid having to draw down their financial reserves even further and accumulating more debt.  While Vision 2030 sets ambitious goals for weaning the Saudi state away from oil dependence, in the immediate term oil revenues continue to fund the state’s coffers and drive the economy.  The Trump Administration might want the Saudis to push prices down to increase the economic squeeze on the Iranian government, but that would squeeze the Saudis in a very uncomfortable way as well.

Washington is likely to be disappointed in what Saudi Arabia can offer militarily, financially and in oil policy to the Trump Administration’s efforts to roll back Iranian regional influence and pressure the government in Tehran.  But Riyadh can contribute to the Administration’s anti-Iranian moves substantially in one area – Iraq.  For years, the Saudis have refused to engage with the Iraqi government, seeing it as absolutely aligned with Iran.  But Muhammad bin Salman has over the past few years re-engaged with Baghdad in an effort to give Iraqi leaders an alternative regional ally, meeting with Iraqi Prime Minister Haidar al-Abadi and other cabinet ministers.  In July 2017, he even met  with Shi’i clerical firebrand Muqtada al-Sadr.  The Saudi courtship of Iraq, combined with the recent election results that have scrambled the Iraqi political scene, offers at least the hope – if the United States is willing to play a long game here – of reducing Iran’s influence in Iraq.  That might not satisfy President Trump’s desire for fast results in the campaign against Iran, but it is an area where the Saudis are willing and able to play an important role.