Saudi Arabia has probably done more than any other actor to repress the hopes and demands of the early Arab Spring protests. It sent troops to neighbouring Bahrain in March 2011 to quell an uprising, gave asylum to Tunisia's ousted dictator Bin Ali, underwrote the coup in Egypt in 2013, and generally propped up the old regimes and monarchies across the region. 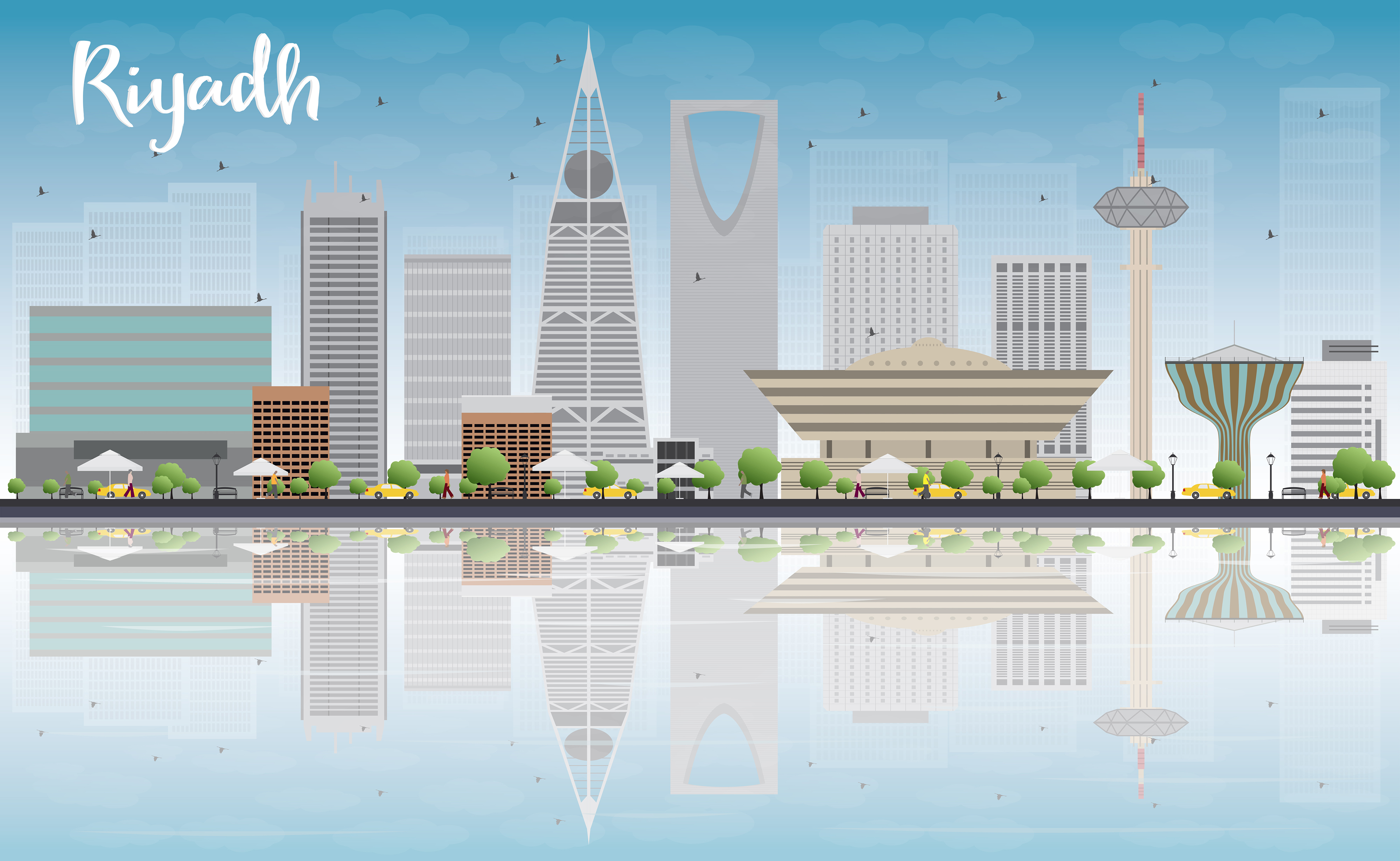 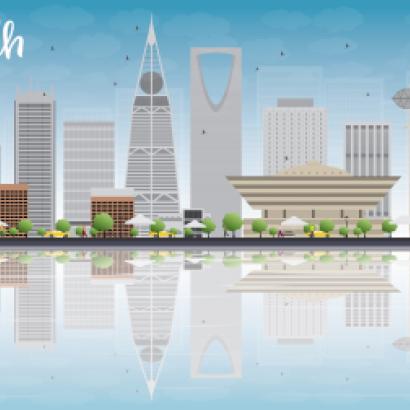 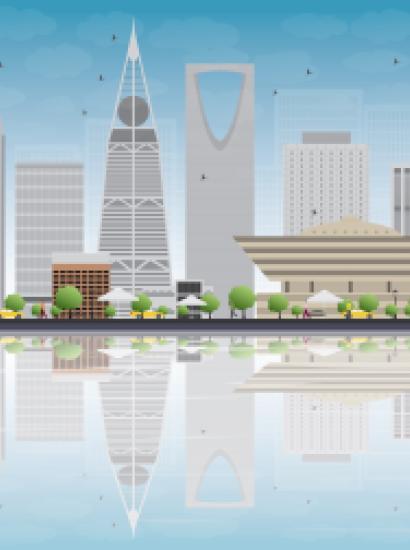 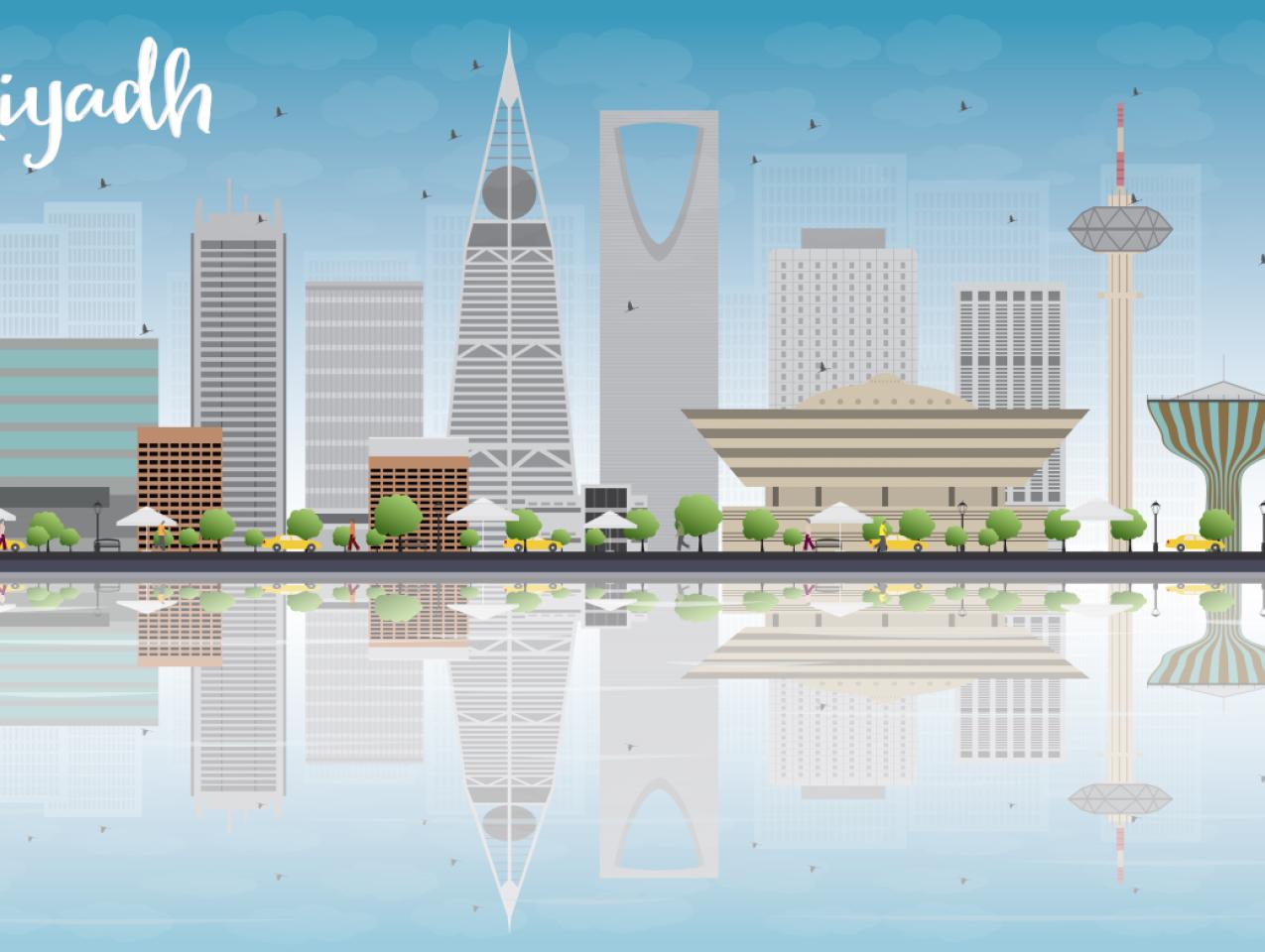 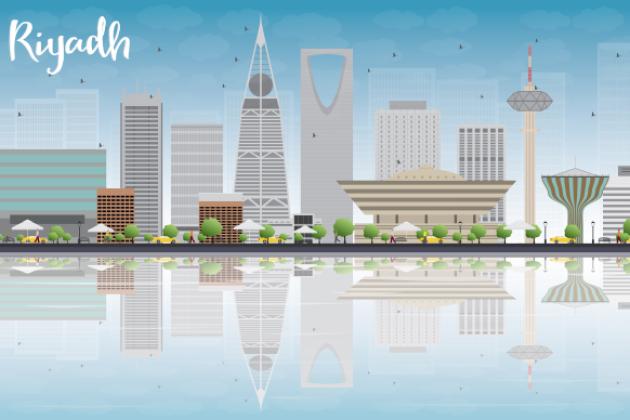 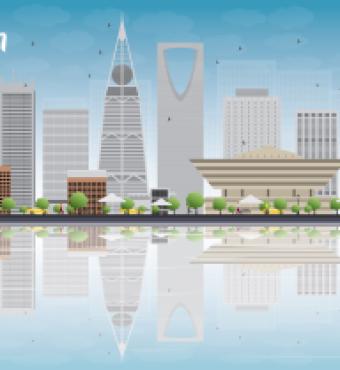 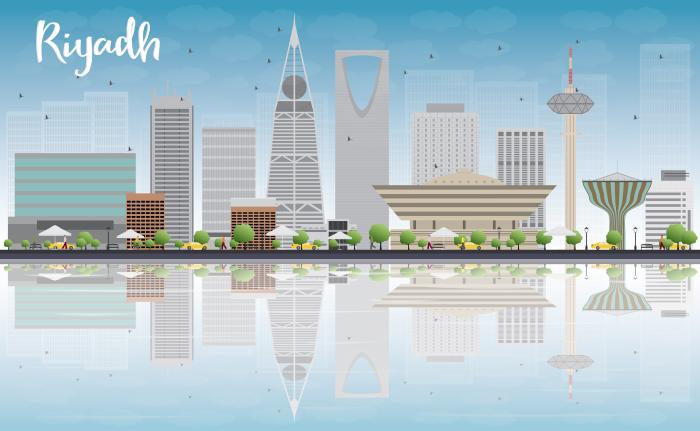 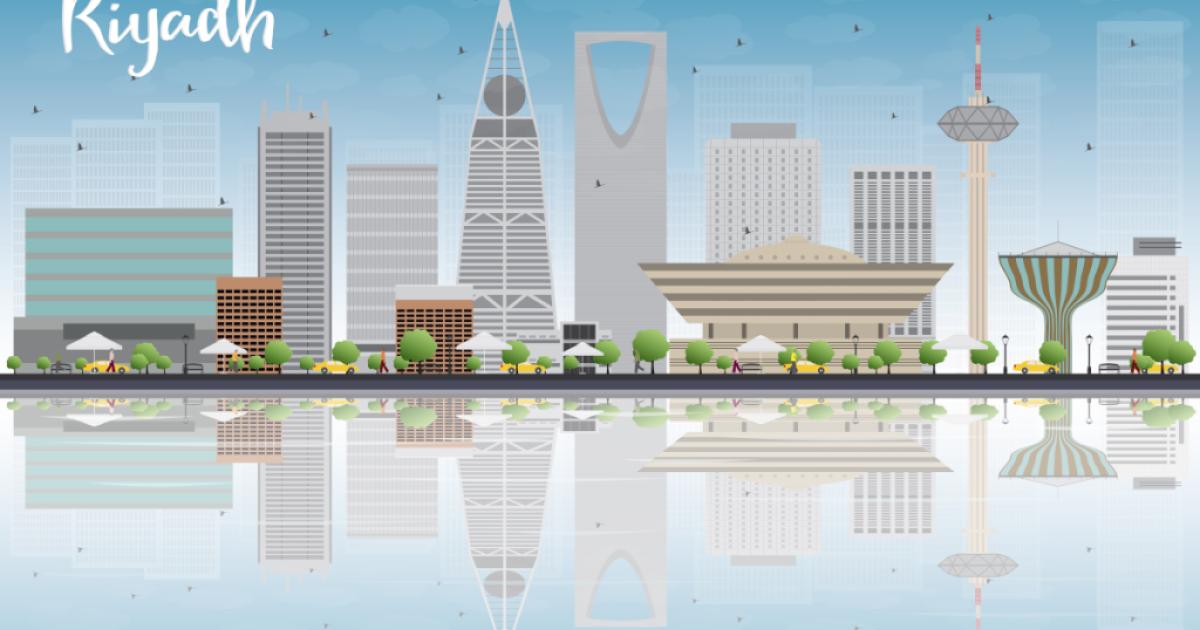 Saudi Arabia has probably done more than any other actor to repress the hopes and demands of the early Arab Spring protests. It sent troops to neighbouring Bahrain in March 2011 to quell an uprising, gave asylum to Tunisia's ousted dictator Bin Ali, underwrote the coup in Egypt in 2013, and generally propped up the old regimes and monarchies across the region. The only country where Saudi Arabia jumped on the Arab Spring bandwagon was in Syria, but that of course was because Assad and his Iranian backers were old foes. And so the regime, and many private donors and fighters from the Kingdom, embraced the jihad in Syria. Many of the funds, weapons and fighters that flowed from the Gulf towards Syria ended up with radical groups, one of whom, the Islamic State, (IS) later turned against the House of Saud itself (about half of IS' attacks in Saudi Arabia have, however, targeted the kingdom's Shia minority).

Since 1979, in an effort to prevent the Islamic Revolution in Iran from appealing to Sunnis, Saudi Arabia has sponsored anti-Shia propaganda and movements around the world. The Wahhabi doctrine, established in the 18th century as a puritan movement to reform and homogenize Islamic practices (and expel or kill those unwilling to comply), seemed like a God-given ideological tool to undermine Iran. The Al Saud thus reaffirmed an alliance that dates back centuries and gave unprecedented funding to Wahhabi and Salafi clerics and to Islamic institutions. And it worked, at least for a while (it also helped that the Islamic Republic turned viciously anti-American and anti-Soviet, thereby uniting more or less the whole world against it, which was expressed in American, Soviet and Gulf aid to Saddam Hussein after he invaded Iran in 1980). When confronted with popular uprisings across the region in 2011, Saudi Arabia reverted to the classic playbook of supporting old friends and increasing sectarianism. In the first few years since the Arab uprisings began, it was in large part King Abdullah and the old guard of the Al Saud that made decisions on how to respond to domestic and regional challenges. As such, Saudi moves were counter-revolutionary, but not particularly surprising.

Over the last year, however, since Salman took over the throne in Riyadh and appointed his son Mohammed bin Salman, 30, as deputy crown prince, Saudi Arabia's policies have become increasingly unpredictable. First of all, almost no one predicted Mohammed bin Salman's rise to power. Then, Saudi Arabia broke with its decades-old strategy of petrodollar diplomacy, and started a disastrous war in Yemen against Saudi Arabia's former client Ali Abdullah Saleh and his allies in the Houthi movement. With no end in sight, most of the Yemeni population in a dire humanitarian situation, the capital still in control of the Saleh/Houthi forces and frequent raids on Saudi border posts, the initial Saudi enthusiasm for  the war is waning. Closely associated with Mohammed bin Salman, who is also defense minister, the war was supposed to symbolize Saudi Arabia's self-proclaimed position as the leader of Arabs and Sunnis around the world. While fanciful, a number of developments had indeed greatly increased Saudi Arabia's influence in the region. Firstly, the years of the Arab uprisings coincided with sky-high oil prices, which underwrote much of Saudi Arabia's foreign policy adventurism. During these years, the Saudis built up huge cash reserves. Now that oil prices have collapsed they can burn through these reserves, and foreign policy and defense are unlikely to be affected by cuts for the foreseeable future. Secondly, the most important Arab countries, Egypt, Syria and Iraq, were all in turmoil, and thus Saudi Arabia's natural rivals for regional hegemony and balancers in the Arab world changed from being actors into arenas for proxy-struggles between the surviving states. These factors led Saudi Arabia, and in particular the new leadership, to assume that it could shape the future of the region. The secret US negotiations with Iran in neighbouring Oman, and the ensuing P5+1 nuclear deal, left the Saudis with the feeling that the Americans are betraying them and selling them out for a deal with Iran. Even though the Americans continue to guarantee Saudi Arabia's external security and maintain an enormous military presence in the Gulf region, the Saudis see any gain for Iran as a loss for themselves. They thus see all regional issues through the prism of needing to confront Iran, a view that has led to flawed analyses and partly explains the intervention in Yemen (the Houthis were accused of having close links with Iran, despite the fact that ties were limited).

Positioning itself as the vanguard in an epic fight against Iran and Shia forces in the Arab world is meant to rally ordinary Saudis around the state and the Al Saud, and to keep the domestic appeal of IS at bay. But Saudi Arabia has fuelled the flames of sectarianism for decades by exporting an anti-Shia ideology, and has therefore provided ideological foundations for the rise of IS and similar groups. Recent comments by Saudi Arabia's Foreign Minister Adel al-Jubeir were striking for their combativeness, but revealing about Saudi Arabia's priorities in the region. He argued that Lebanese Hezbollah was the 'No. 1 terrorist organization in the world,' and threatened to ensure the removal of Assad by force if he did not step down as part of the diplomatic process. He reiterated that Saudi Arabia was willing to send ground troops to Syria. The fact that these would ostensibly be deployed only in response to a US request and then as part of a coalition to fight IS and not the Assad regime seemed to be almost secondary.

Saudi Arabia actually stopped bombing IS targets when it started its bombing campaign in Yemen in the spring of 2015, and it now ostensibly is willing to send its troops to Syria to fight Hezbollah, the Syrian army and IS at the same time. The Saudis know, of course, that this is not a fight they can win, or take on themselves. And so they are trying to push the US and some European countries with military capacity, such as France and the UK, to intervene in the Syrian war. The logic goes that such an intervention against IS would eventually force Western powers to confront Assad as well. This may be wishful thinking given the Obama administration's unwillingness to commit significant numbers of ground troops, but the situation in Syria is now so complicated, with so many local, regional and international actors involved, that events may quickly spiral out of control. NATO member Turkey has clearly signalled its willingness to intervene directly in Syria to prevent the Kurds from uniting their cantons and establishing an autonomous region or independent state under PKK/PYD control. The Saudis and other Gulf actors mainly want to remove Assad in order to be seen as proactive in a sectarian civil war they helped to escalate, but that is now beyond their control. With an escalating logic almost built into the Syrian war, an inexperienced, belligerent and ambitious young royal in charge in Riyadh, a trigger-happy Erdogan shooting down Russian planes, and sectarianism as rampant as ever, the future of Saudi Arabia and the region is more unpredictable than it has been for a long time.

Toby Matthiesen is a senior research fellow in the international relations of the Middle East at St. Antony’s College, University of Oxford. He is the author of “Sectarian Gulf: Bahrain, Saudi Arabia, and the Arab Spring That Wasn’t” and “The Other Saudis: Shiism, Dissent and Sectarianism.” He is on Twitter.