With a new law on military commissions, Congress sent the Supreme Court a message, loud and clear: Get out of the war on terror. By John Yoo. 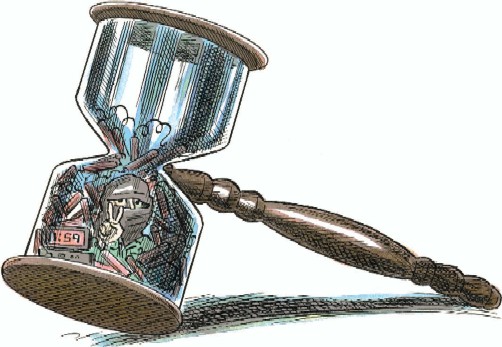 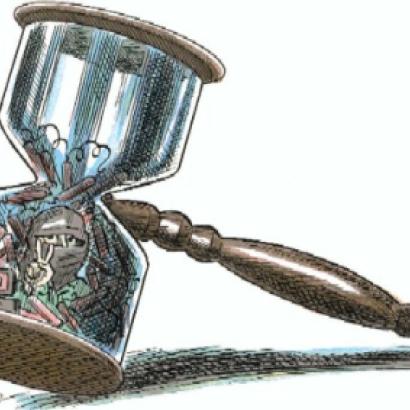 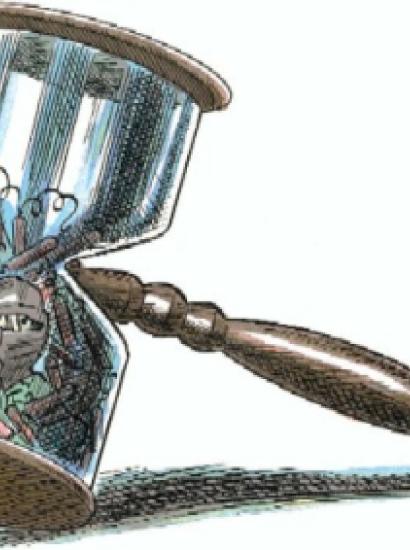 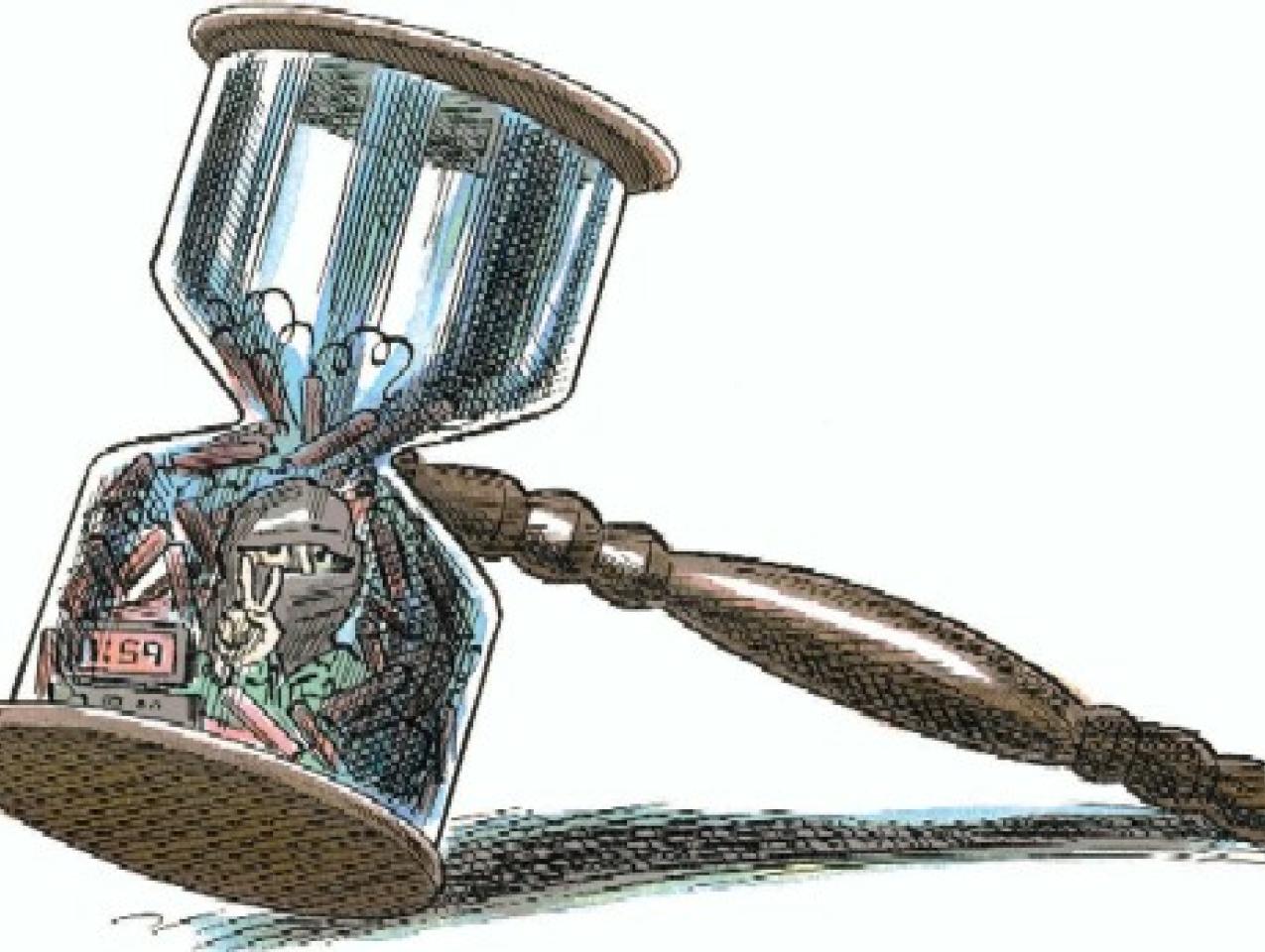 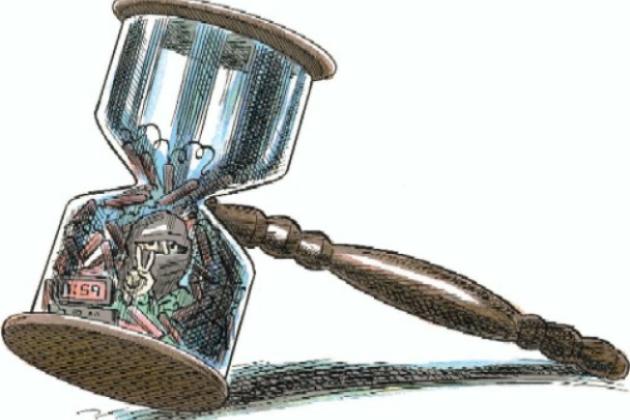 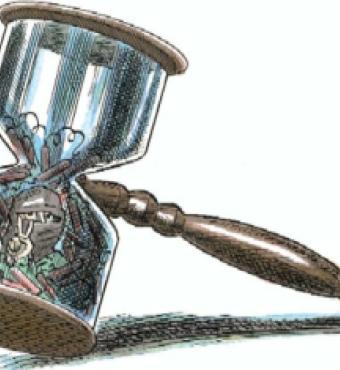 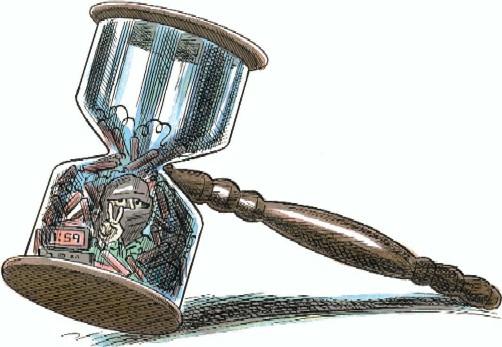 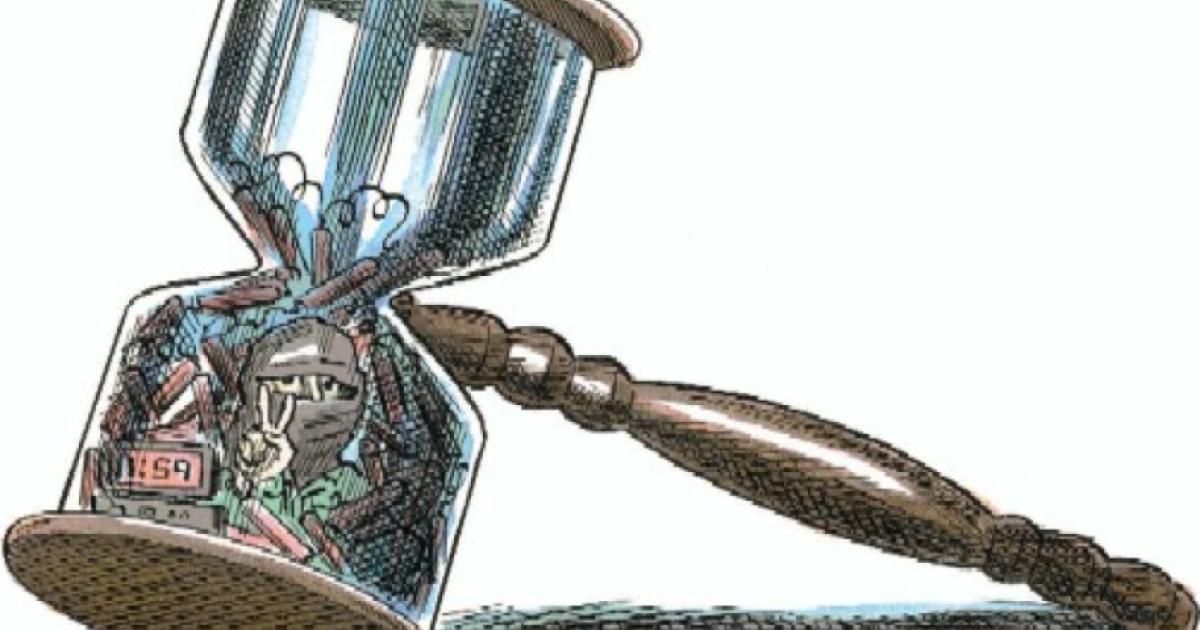 During the bitter controversy over the military commission bill, which President Bush signed into law in October, most of the press and the professional punditry missed the big story. In the struggle for power between the three branches of government, it is not the presidency that “won.” Instead, it is the judiciary that lost.

The new law is, above all, a stinging rebuke to the Supreme Court. It strips the courts of jurisdiction to hear any habeas corpus claim filed by any alien enemy combatant anywhere in the world. It was passed in response to the effort by a five-justice majority in Hamdan v. Rumsfeld to take control over terrorism policy. That majority extended judicial review to Guantanamo Bay, threw the Bush military commissions into doubt, and tried to extend the protections of Common Article 3 of the Geneva Conventions to Al Qaeda and Taliban detainees, overturning the traditional understanding that Geneva does not cover terrorists, who are not signatories or “combatants” in an internal civil war under Article 3.

Hamdan was an unprecedented attempt by the Supreme Court to rewrite the law of war and intrude into war policy. The Court must have thought its stunning power grab would go unchallenged. After all, it has gotten away with many broad assertions of judicial authority before. This has been because Congress is unwilling to take a clear position on controversial issues (like abortion, religion, or race) and instead passes ambiguous laws that breed litigation and leave the power to decide to the federal courts.

Until the Supreme Court began trying to make war policy, the writ of habeas corpus had never been understood to benefit enemy prisoners of war. The United States held millions of POWs during World War II, with none permitted to use our civilian courts (except for a few cases of U.S. citizens captured fighting for the Axis). Even after hostilities ended, the justices turned away lawsuits by enemy prisoners seeking to challenge their detention. In Johnson v. Eisentrager, the Court held that it would not hear habeas claims brought by alien enemy prisoners held outside the United States, and it refused to interpret the Geneva Conventions to give new rights in civilian court against the government. In the case of Japanese General Tomoyuki Yamashita, the Court refrained from reviewing the operations of military commissions.

In Hamdan, the Court moved to sweep aside decades of law and practice so as to forge a grand new role for the courts to open their doors to enemy war prisoners. Led by John Paul Stevens and abetted by Anthony Kennedy, the majority ignored or creatively misread the Court’s World War II precedents. The approach catered to the legal academy, whose tastes run to swashbuckling assertions of judicial supremacy and radical innovations, rather than hewing to wise but boring precedents.

Thoughtful critics point out that because the enemy fights covertly, the risk of detaining the innocent is greater. But so is the risk of releasing the dangerous. That’s why enemy combatants who fight out of uniform, such as wartime spies, have always been considered illegals under the law of war, not entitled to the same protections given to soldiers on the battlefield or ordinary POWs. Disguised suicide bombers in an age of weapons of mass destruction and virulent hatred of America are more immediately dangerous than the furtive information-carriers of our Cold War past. We now know that more than a dozen detainees released from Guantanamo have rejoined the jihad. The real question is how much time, energy, and money should be diverted from winning the fight toward establishing multiple layers of review for terrorists. Until Hamdan, nothing in the law of war ever suggested that enemy status was anything but a military judgment.

Although there may be different ways to strike a balance, this is a decision for the president and Congress, not the courts. The Constitution gives Congress the authority to determine the jurisdiction of federal courts in peacetime, and it also declares that habeas corpus can be suspended “in Cases of Rebellion or Invasion” when “the public Safety may require it.” Congress’s power is even greater when it is correcting the justices’ errors. Courts are ill-equipped to decide whether vast resources should be devoted to reviewing military detentions. Or whether military personnel’s time should be consumed traveling back to the United States for detainee hearings. Or whether we risk revealing information in these hearings that might compromise the intelligence sources and methods that may allow us to win the war. 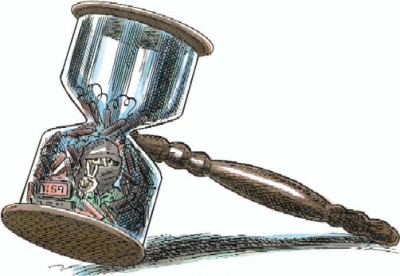 This time, Congress and the president did not take the Court’s power grab lying down. They told the federal courts, in effect, to get out of the war on terror, stripped them of habeas jurisdiction over alien enemy combatants, and said there was nothing wrong with the military commissions. It is the first time since the New Deal that Congress had so completely divested the courts of power over a category of cases. It is also the first time since the Civil War that Congress saw fit to narrow the Court’s habeas powers in wartime because it disagreed with its decisions.

The law goes farther. It restores to the president command over the management of the war on terror. It directly reverses Hamdan by making clear that the courts cannot take up the Geneva Conventions. Except for some clearly defined war crimes, whose prosecution would also be up to executive discretion, the law leaves interpretation and enforcement of the treaties up to the president. It even forbids courts from relying on foreign or international legal decisions in any decisions involving military commissions.

All this went overlooked during the fight over the bill by the media, which focused on the opposition of Senators McCain, Graham, and Warner to the administration’s proposals for the use of classified evidence at terrorist trials and permissible interrogation methods. In its eagerness to magnify an intra-GOP squabble, the media mostly ignored the substance of the bill, which gave current and future administrations, whether Democrat or Republican, the powers needed to win this war.

Available from the Hoover Press is Terrorism, the Laws of War, and the Constitution: Debating the Enemy Combatant Cases, edited by Peter Berkowitz. To order, call 800.935.2882 or visit www.hooverpress.org.