Under the subtitle of “How an Egyptian revolution began on Facebook,” the New York Times in February 2012, ran a laudatory review of Wael Ghonim’s newly released book Revolution 2.0. The review noted how a young Google executive frustrated by his country’s injustices, especially police brutality, had started a Facebook page that quickly attracted hundreds of thousands of similarly frustrated young Egyptians, becoming both a platform for expressing anger as well as a mobilizing venue. 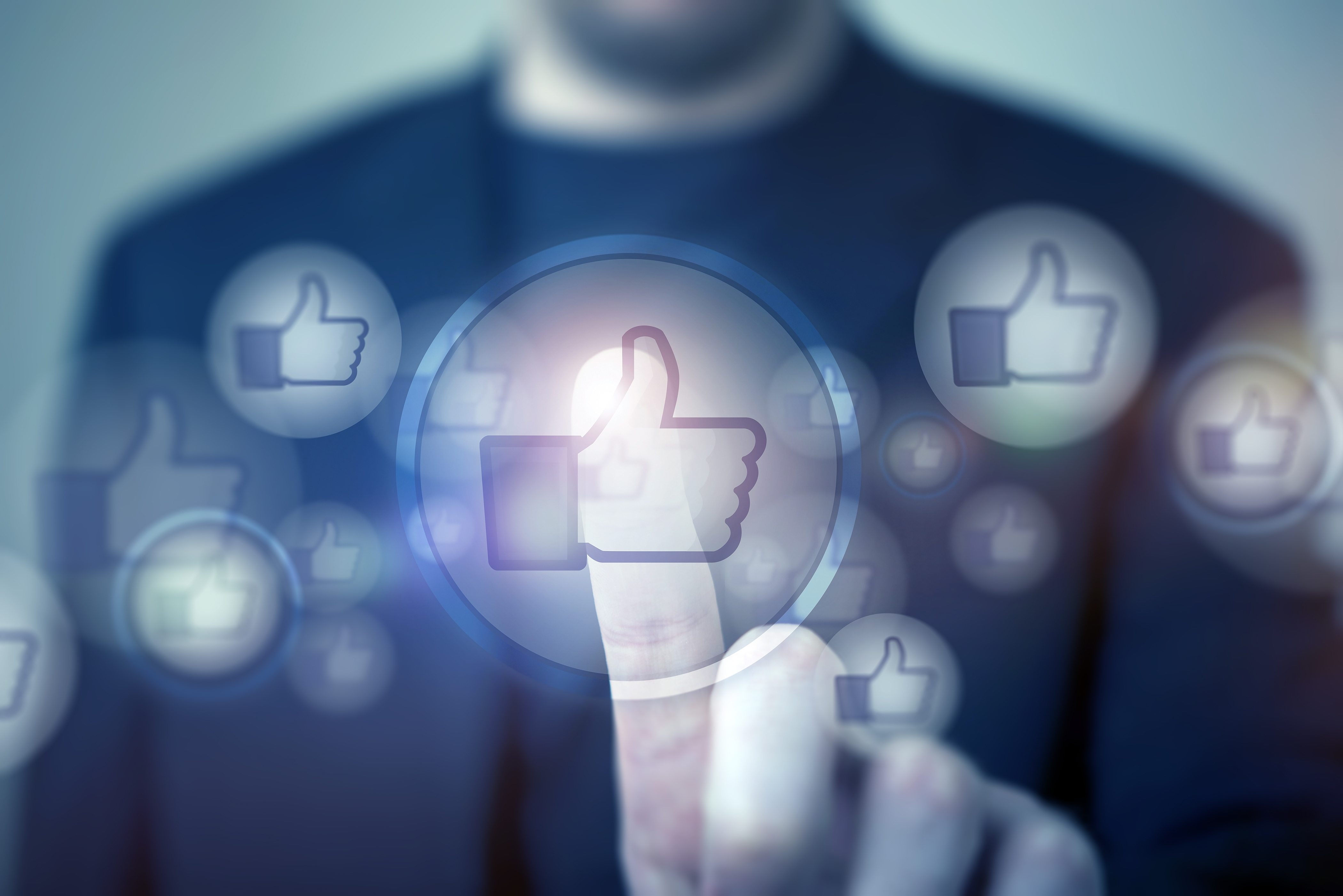 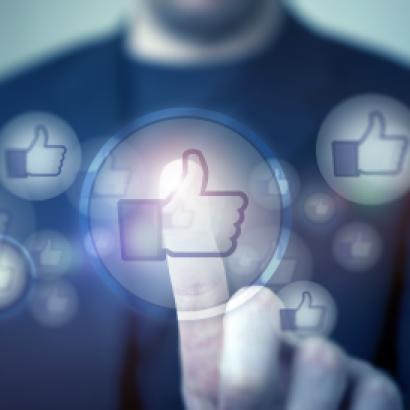 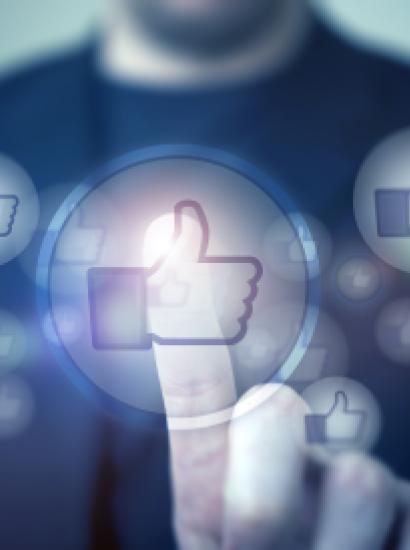 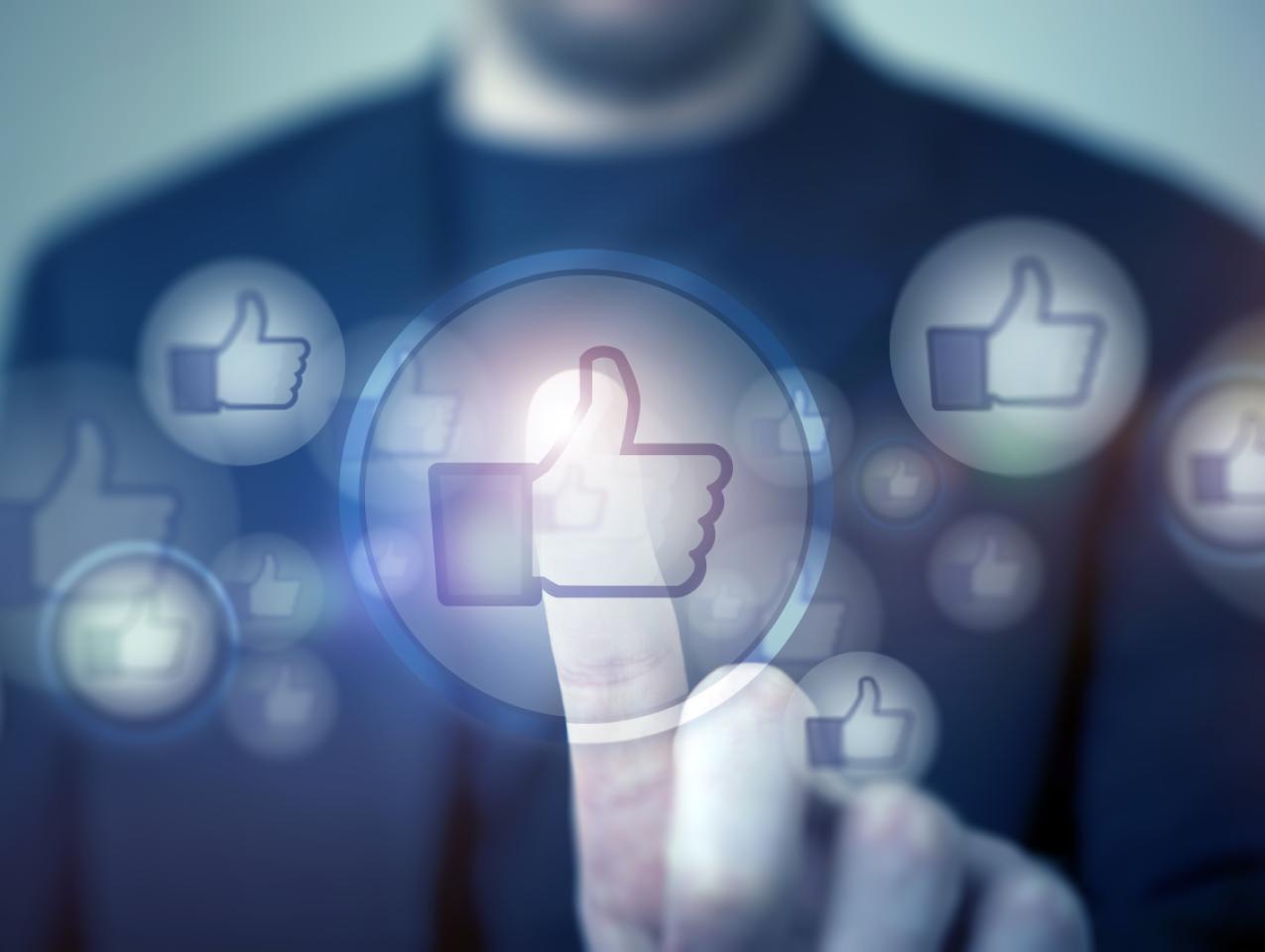 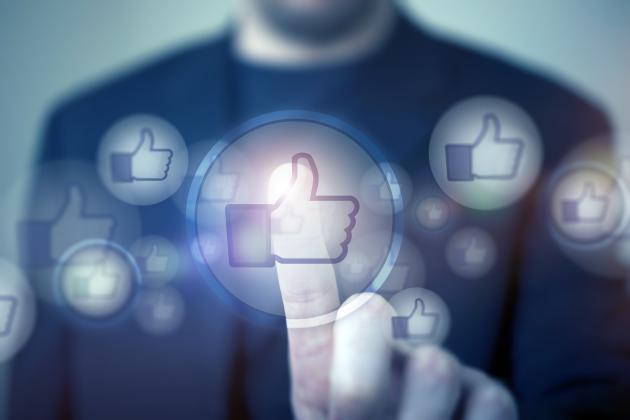 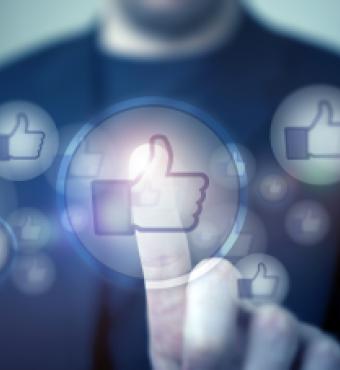 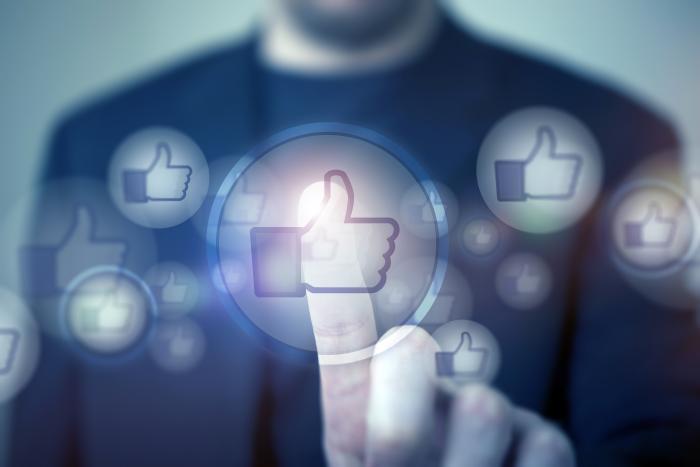 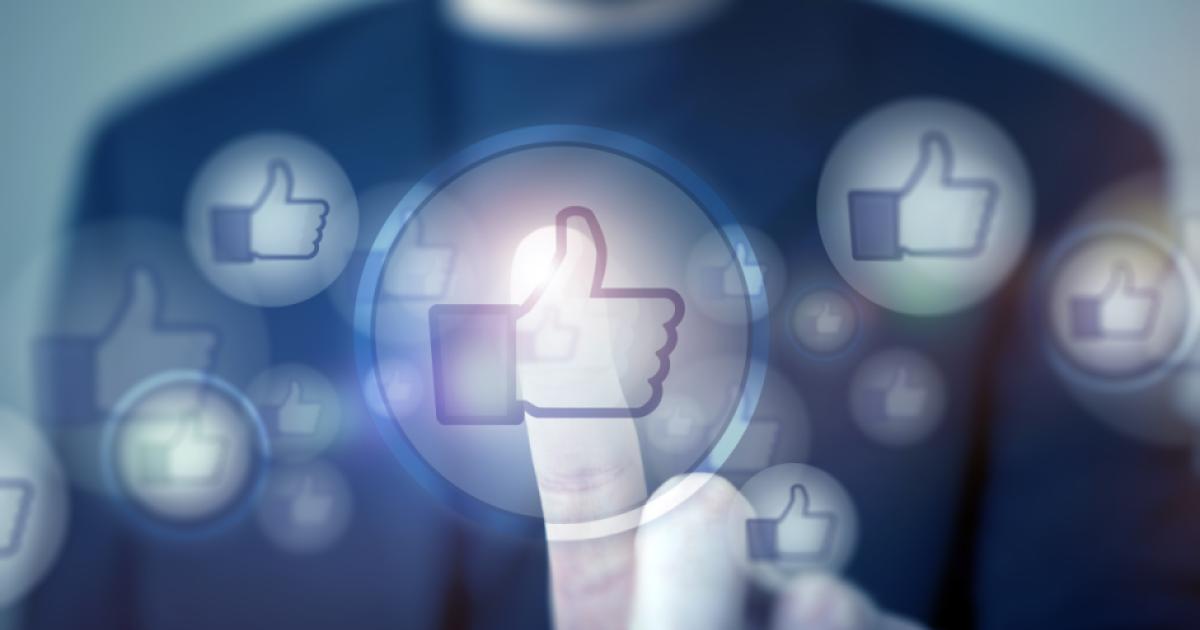 Under the subtitle of “How an Egyptian revolution began on Facebook,” the New York Times in February 2012, ran a laudatory review of Wael Ghonim’s newly released book Revolution 2.0. The review noted how a young Google executive frustrated by his country’s injustices, especially police brutality, had started a Facebook page that quickly attracted hundreds of thousands of similarly frustrated young Egyptians, becoming both a platform for expressing anger as well as a mobilizing venue. The effectiveness of the latter was on full display as the page Ghonim created called for the protests that eventually brought down Egypt’s long term dictator, Hosni Mubarak, and helped activists coordinate their protests. As many had hoped, social media was helping to transform the Arabic speaking world for the better.

But even then, the enthusiasm for the role of social media in closing the Arabic speaking world’s democracy deficit had its detractors. Social media and the new communication technologies were after all merely tools, and the crisis was first and foremost one of ideas. Just as the new tools could be utilized for mobilizing activists, they could similarly be utilized by others with more problematic ideologies: for example, the jihadis. Few had taken note that the computer retail industry in Egypt was from its inception dominated by Islamists, or that Islamic themed pages dominated Arabic language material online. Al Qaeda had already shown its effectiveness in using social media and communication technologies to spread its propaganda, and the Islamic State would soon excel in this domain. As the Arab Spring turned into winter, the ability of jihadis to use social media platforms to disseminate their message, recruit new jihadis and radicalize thousands of Muslims was hard to miss. “Jihadists have been on the internet a long time, and they probably know how to use it better than you do,” was the opening sentence of a Vice article on the subject.

Both narratives—social media as a means of democratic transformation and alternatively as a means of radicalization—have dominated the discussion of the role of social media in the Arabic speaking world. Lost in between these two poles has been the role social media and new communication technologies have played in the dissemination of conspiracy theories and as a means of regime propaganda.

Imagine yourself an Egyptian forty years or older as the Egyptian revolution was unfolding. You probably did not have a social media account on Facebook or Twitter and treated both as something your children wasted their time with. Contrary to popular misconceptions, the majority of the country’s population was not to be found in Tahrir Square during the revolution, but instead had watched it unfold on their television sets. The dramatic scenes were quickly followed by unprecedented changes at an accelerated pace: Mubarak’s resignation, trials of former government figures, and an explosion of new political movements and political operatives. For thirty years, Egyptians had been accustomed to a stable political scene and a lack of politics. Now their world was turned upside down.

For millions of Egyptians frightened by the pace of change and eager to find out what was happening in their own country, social media was the only one venue possible. If the revolution had started from a Facebook page, then Facebook was the place to be, if one was to keep track of the political changes impacting one’s life. After all, Mubarak had been so frightened by social media that he had ordered the internet cut as the protests escalated. In the immediate aftermath of the Egyptian revolution, the number of Egyptian Facebook accounts exploded, skyrocketing from 4.7 million accounts in 2011, a Wired article noted, to 26 million accounts by 2016.

But if the country’s population lacked political education, its media outlets were similarly professionally weak. The explosion of interest in politics was equaled by an explosion in news sources, many of them composed of little beyond a few guys with computers. The more sensational the story, the more likely it is to attract viewers. If The Guardian could fabricate a story during the Egyptian revolution claiming Mubarak’s wealth totaled seventy billion dollars, no one should have been surprised that an Egyptian news outlet would up the figure later to four trillion dollars. Fake news may be a term popularized in recent months in U.S. politics, but it originated in a region whose culture was dominated by a conspiracy theory mindset.

Yet behind the spread of conspiracy theories during the Arab Spring lay a more sinister entity, the Iranian and Russian propaganda outlets. Even before the Arab Spring, Iranian propaganda targeting the Arabic speaking world had specialized in fabricated stories. The way they operated was fascinating. A story would appear in an obscure Palestinian newspaper which no one had ever heard of. From there it would be taken up by Hezbollah’s Al Manar, before making its way into the pages of every respected Arabic newspaper, at which point the original source would have been forgotten. Following the Arab Spring, Iranian affiliated outlets exploited the hunger for information by developing an elaborate social media presence. The Russians soon followed suit. While the Iranian English language Press TV has 3.5 million followers on Facebook, its Arabic one, Al Alam, has six million. Russia Today’s English outlet with 4.5 million followers is eclipsed by RT Arabic which enjoys 11.7 million followers, making it the third largest Arabic language news channel on Facebook.

Arab regimes soon took note. While the most elaborate social media presence belongs to the Syrian Electronic Army which has specialized in hacking websites and news agencies reporting on Assad’s brutality, and together with an army of Twitter accounts has managed to spread conspiracy theories regarding regime opponents, other regimes have also learned the lesson. Aware of the impact of social media in shaping public opinion in Egypt, the Sisi regime has not only toyed with the idea of controlling Facebook access, but has its own cadre of supporters spreading its propaganda online. These supporters successfully tarnish the reputation of activists and regime opponents, but they also spread conspiracy theories serving the regime’s narrative. No farfetched conspiracy is beyond the pale, from claiming that the Egyptian navy had defeated its American counterpart and taken the commander of the Sixth Fleet hostage to insisting that the revolutions across the region are part of an elaborate U.S. secret plan called Fourth Generation Warfare, a theory President Sisi himself holds.

Today, the Arabic speaking world is engulfed in turmoil. With the exception of Tunisia, the fall of several Arab regimes has not led to a transition to democracy. The hopes pinned on social media to bridge the democracy deficit have proven false. More profoundly, the Arabic speaking world’s crisis of modernity remains unchanged. The region lags behind the rest of the world in every aspect, outside of the production of savagery. Even a realist-driven foreign policy must recognize that the region’s ills pose a threat to the global order.

The Arabic speaking peoples are not from Mars. They seek the same things as other peoples all around the world. If the region’s freedom deficit is to be seriously confronted and remedied, more is needed than merely hoping that the internet will change the region. Conspiracy theories are not only harmful to these societies. They have a negative impact on how the United States is perceived and how effective its policies will be in the region. The U.S. government should take an active interest in spreading accurate information while discrediting conspiracy theory outlets. More importantly, a lesson must be learned. Social media and the new communication technologies are the means, but it is up to us to make sure that they carry the right ideas.