Statewide Lockdowns And The Law

Hasty infringements on individual rights at a time of coronavirus. 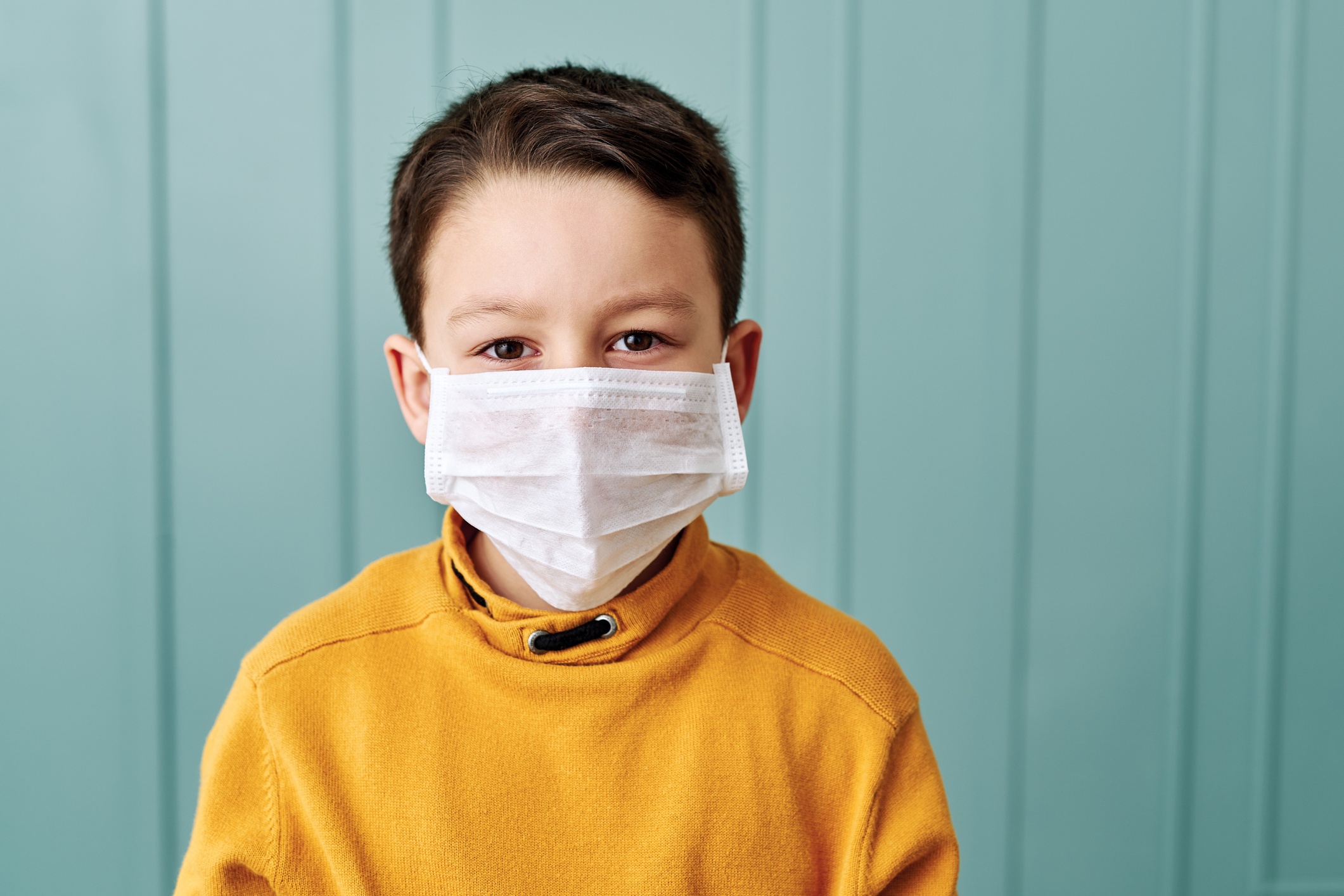 Statewide Lockdowns And The Law 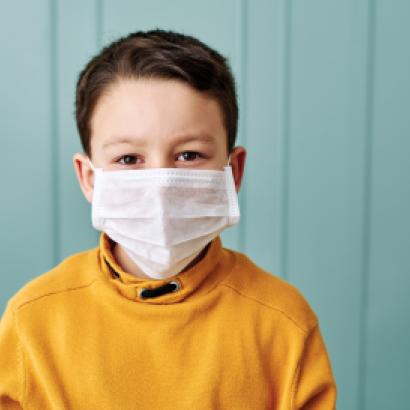 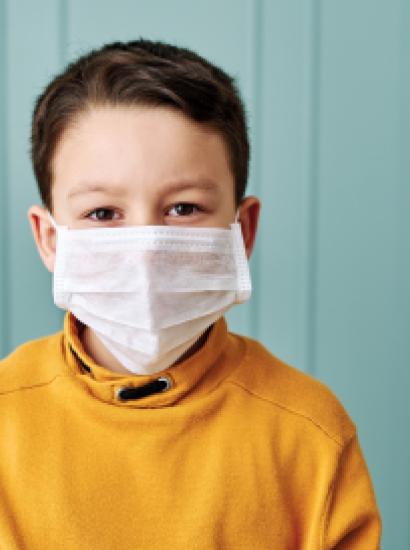 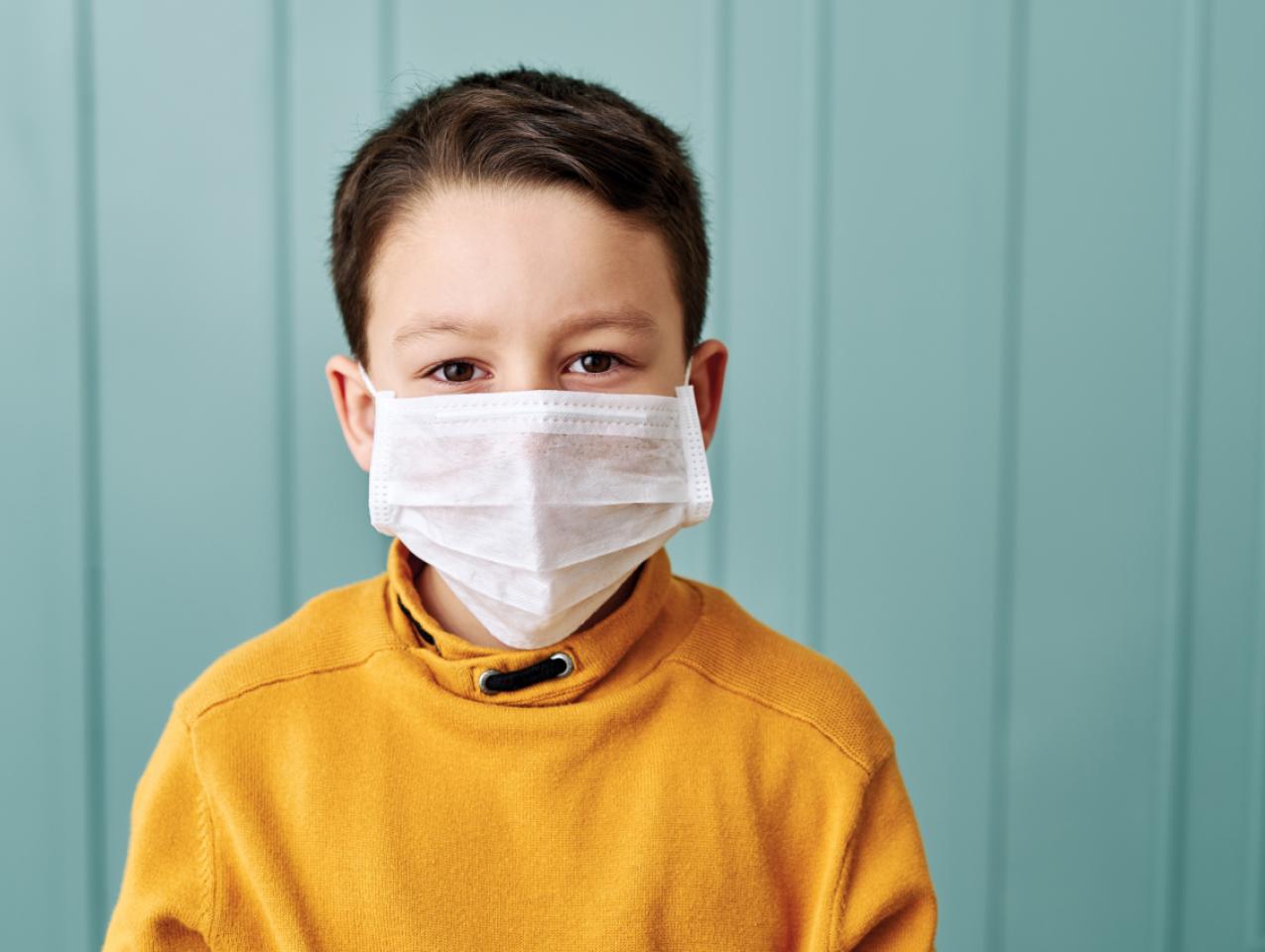 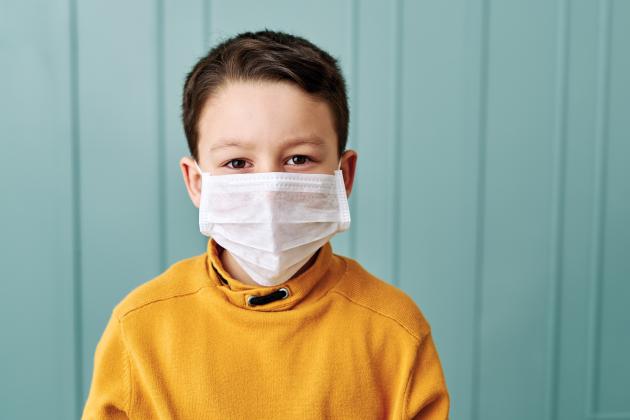 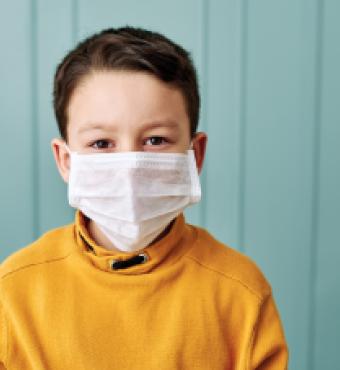 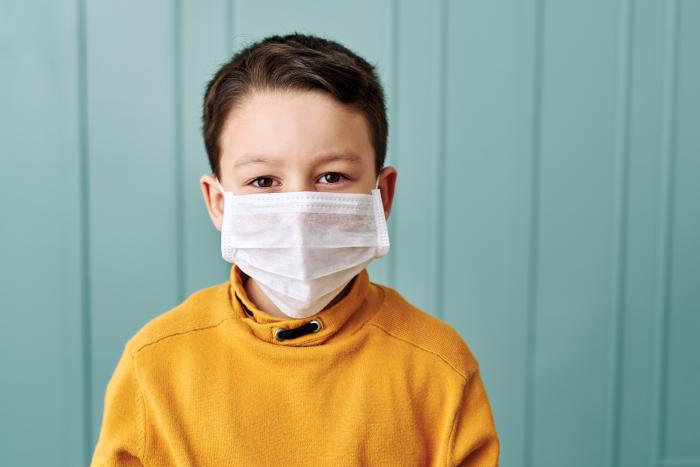 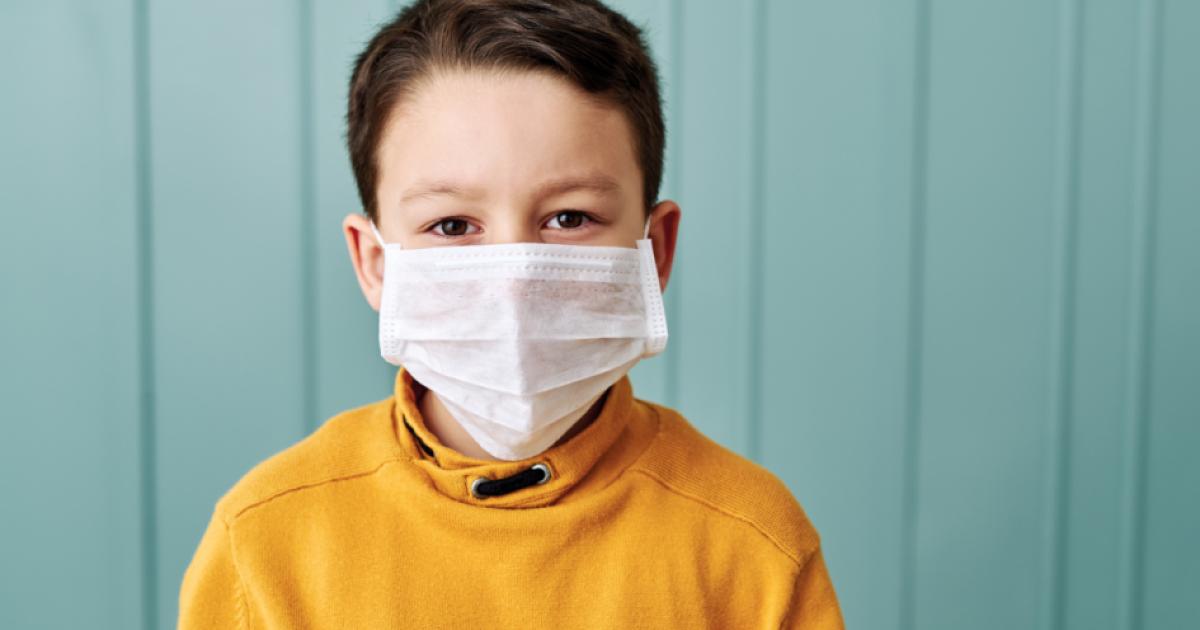 As losses mount throughout the economy due to the coronavirus quarantines, President Trump suggested that he wants the nation “to be opened up and just raring to go by Easter.”  He has since stepped away from that proposal and issued guidelines that lockdowns stay in place until the end of April.  But Trump still seems to be more optimistic than many state governors in his hope that the U.S. will return to normal economic activity sooner rather than later.

But even if Trump were to issue a declaration re-opening American businesses, a nationwide compliance would remain beyond his power.  The Constitution’s system of federalism reserves the authority to lift the quarantine orders in the same people who issued them in the first place: the state governors.

Because state government sits closer to the people, we can and should demand more immediate transparency and accountability of our officials for these draconian, potentially devastating policies.  They may impede the spread of the disease, but we cannot tell if this comes at an acceptable cost because neither governors Gavin Newsom nor Andrew Cuomo have explained how they made the cost-benefit trade-off involved.  They risk judicial intervention or, ultimately, popular rejection, should they continue to keep shutting down their economies without justified benefits.

Richard Epstein, a Hoover scholar and friend, has come under fire for his claim that public health officials have overestimated the rate of infection and the lethality of the coronavirus.  Regardless of Epstein’s theory of why the spread of the virus will slow, the underlying truth of his argument remains: stopping the spread of disease balances lives potentially saved against the economic losses from the lockdowns.

Here is a quick, back-of-the-envelope calculation for a single state, California. The U.S. economy generates approximately $24 trillion a year in GDP, or $2 trillion a month.  California is about 15 percent of that total, for about $300 billion per month.  Suppose that the lockdown causes economic activity to drop by 75 percent in California (it may well be worse).  Is it worth immediate losses of $225 billion per month, in just one state, with potentially longer-lasting recessionary effects, to reduce (but not eliminate) the lives lost to the coronavirus?

It depends on how we estimate the number of lives saved from the lockdowns.  Take California as an example.  At last count, California has 4,643 confirmed cases and 101 deaths from the virus.  We have to balance the lockdowns not against those lives, but against the reduction in the expected harms of an outbreak (which is the probability of an outbreak times the estimated number of deaths).  Some experts, such as doctors at Stanford Medical School, argue that current estimates are inflated, due to the lack of good data from China and Italy and the propensity to test those already infected. Instead, they calculate that the U.S. population may suffer an infection rate of about 2.2 percent, which translates into about 7.7 million infected Americans, or 924,000 Californians.

If the mortality rate from the coronavirus ranges from 1-2 percent, as doctors estimate, then the number of lives that would be lost in an epidemic in California would be 18,500. Suppose that there were a 50 percent chance of that happening without any aggressive government measures, and that the lockdown instead dropped the chances of an outbreak to 10 percent.  By shutting down most economic activity within its borders, California would be spending millions to save a single life, without taking into account less intrusive alternative measures, such as protecting the elderly and placing quarantine orders on those with high probability of testing positive for the disease.

That same money would otherwise allow millions of families – many of them in the lowest income brackets – to pay the rent, put food on the table, and afford health care.  Our states do not shut down their economies every winter to stop the flu, which can kill 60,000 a year nationwide.  Even if the deaths from the coronavirus extend to a higher estimate of 200,000 deaths nationwide, or 24,000 deaths in California, we are still forgoing millions in economic activity to save each life.  While each life is precious, our society chooses not to stop all economic activity to stop other illnesses, such as the flu, or to forgo certain valuable freedoms such as driving to reduce auto accidents.  As the Great Recession showed, massive economic losses can cost lives too by reducing incomes, decreasing longevity, and increases in death by suicide and drug overdoses.

Our state officials should explain whether they could have implemented other policies that could have reduced the spread of the disease without incurring such massive economic destruction.  Did state officials consider less intrusive measures, such as quarantining the identified infected and safeguarding the elderly, who are most vulnerable to the illness, instead of imposing a shutdown of the state’s economy? Was any consideration given to the human health effects of the mandatory stay-at-home order, including exacerbation of mental health issues such as depression and anxiety; a predicted increase in domestic violence; suicides by business owners facing debt and ruin? We simply don’t know.

These are tough decisions. California cannot spend whatever it takes to save every life.  In the 2017-18 flu season, the CDC estimates that 61,000 Americans died of influenza; but we do not impose the types of economic lockdowns and social distancing we see today to stop the flu.  We elect officials to state government to make these policy decisions for us, in a responsible and informed manner.  If they do not explain how and why they arrived at their decision, they risk popular discontent.  If the lockdown continues for weeks on end, and it appears that our leaders imposed statewide quarantines without sufficient proof that the numbers of lives saved would justify the heavy, widespread cost, they even risk civil disobedience where Americans will simply ignore the bans on social and economic activity.  No state has enough manpower to control an unwilling American population.

Lockdown critics might also point to the fact that the states imposing the most draconian suspensions of civil liberties – the rights to travel, congregate, or use property, enjoy due process before the loss of your business or livelihood – have a mixed record when it comes to public safety. California has the highest homeless population in the nation, with over 100,000 living on the streets in squalid conditions that lend themselves to disease outbreaks, including hepatitis, typhus, and others. A lack of public trust as to the consistency of the government’s public health intervention may undermine confidence in the current orders.

This is a good area where the law can step in.  Lawsuits could challenge the government to explain itself and to even compensate business losses for panicked decisions. The Takings Clause of the Constitution, for example, requires just compensation when the state takes private property for public purposes.  If Newsom or Cuomo commandeer hotel rooms to convert into makeshift hospital rooms, the states would have to pay the market rate.  On the other hand, if the state has to close restaurants that fail health and safety codes, they do not.

Statewide lockdowns test these principles and would demand that state governors explain themselves.  A restaurant or nail salon shut down by the lockdown orders is not inherently a threat to public health or safety.  It is as if the governors commandeered all of these private spaces because people might congregate there and – they believe – spread the virus.  If the state forbids private property owners from using their land for a reasonable, lawful purpose, it must compensate the owners for sacrificing for the public good.

In this crisis, property and business owners could claim that the state cannot force them to bear alone the costs for achieving a social goal.  And at the very least, such lawsuits would force state government to explain why the benefits shutdowns exceed their costs, when compared to less intrusive approaches such as quarantines, monitoring, and testing. Our Declaration of Independence recognized the natural law principle that the consent of the governed is needed for that government to have enduring legitimacy – and hasty infringements on  individual rights will soon test that consent.

John Yoo is Heller professor of law at the UC Berkeley School of Law, a visiting fellow at the American Enterprise Institute, and a visiting scholar at Stanford University’s Hoover Institution. Harmeet K. Dhillon is a trial lawyer and a partner in the Dhillon Law Group in San Francisco. She is the founder of the Center for American Liberty, a civil rights nonprofit organization.