The “Stimulus” And The Damage Yet To Come

The huge spending bill was worse than unnecessary: it revives dependence on government and erodes economic growth and freedom. 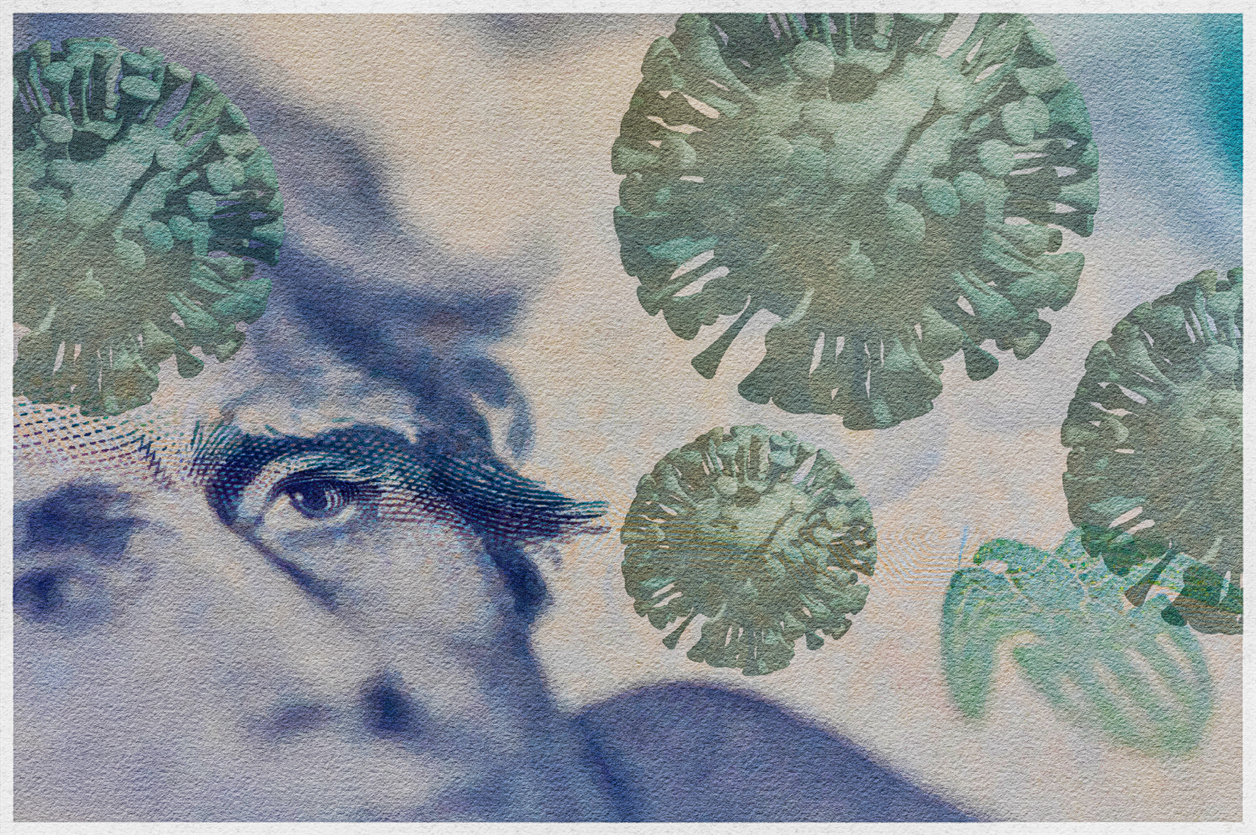 The “Stimulus” And The Damage Yet To Come 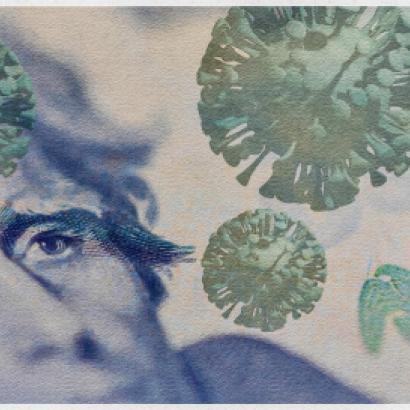 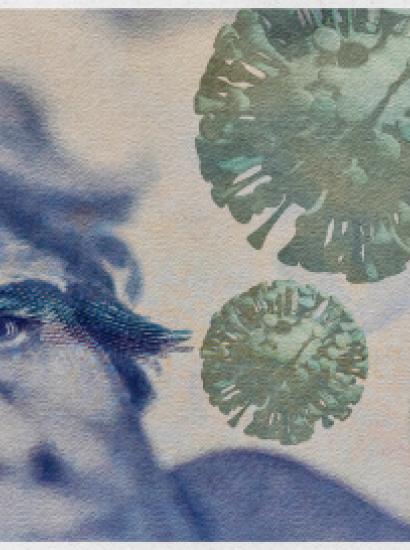 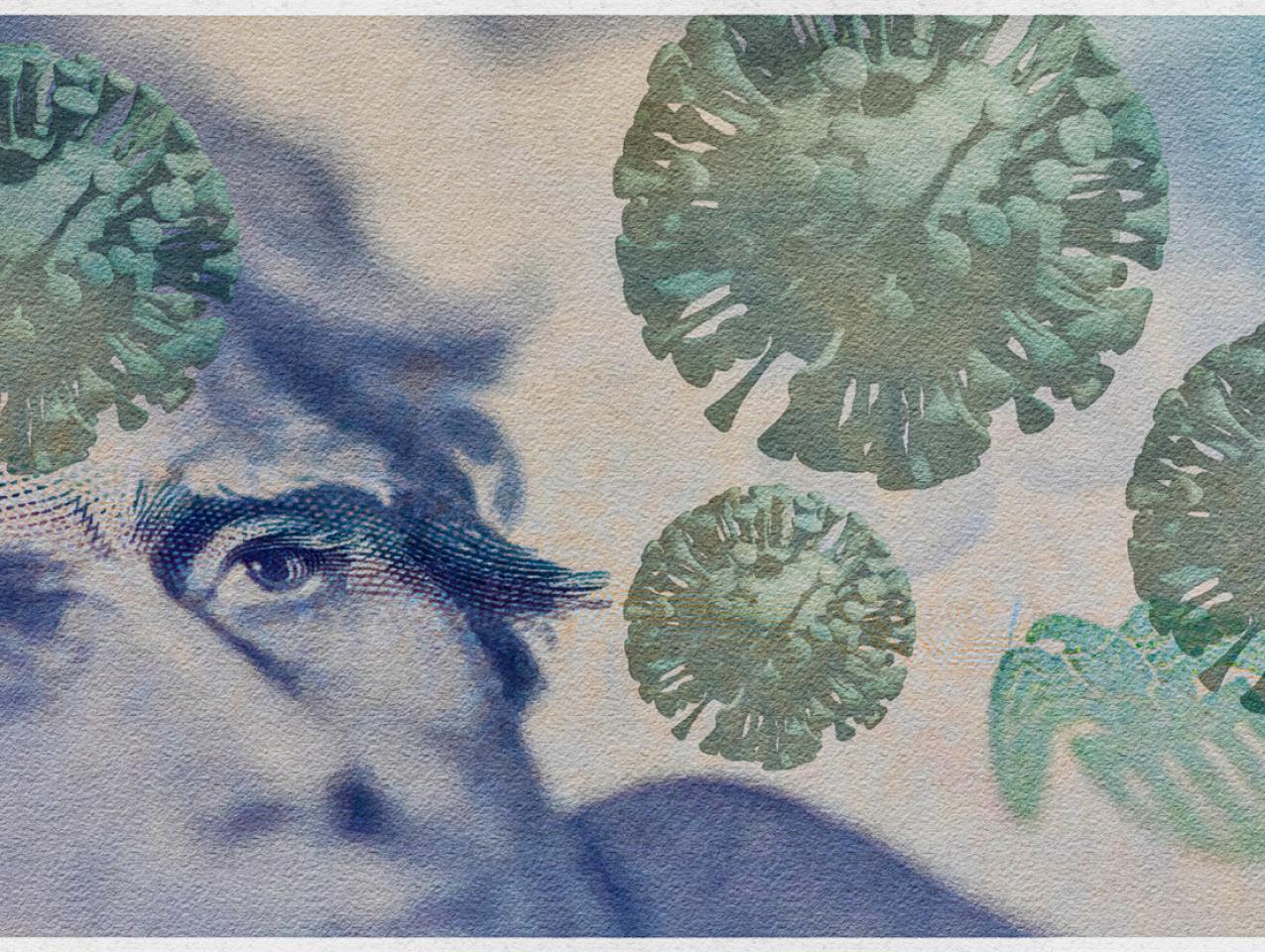 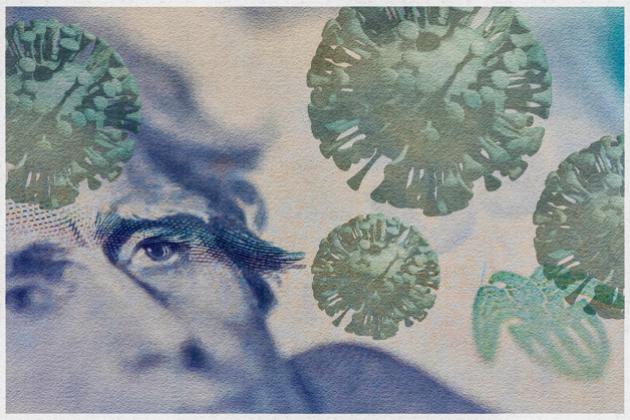 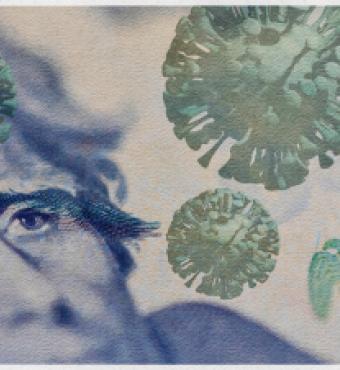 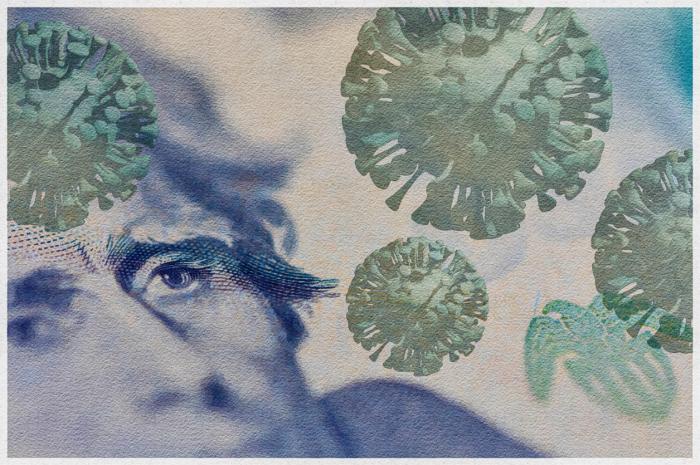 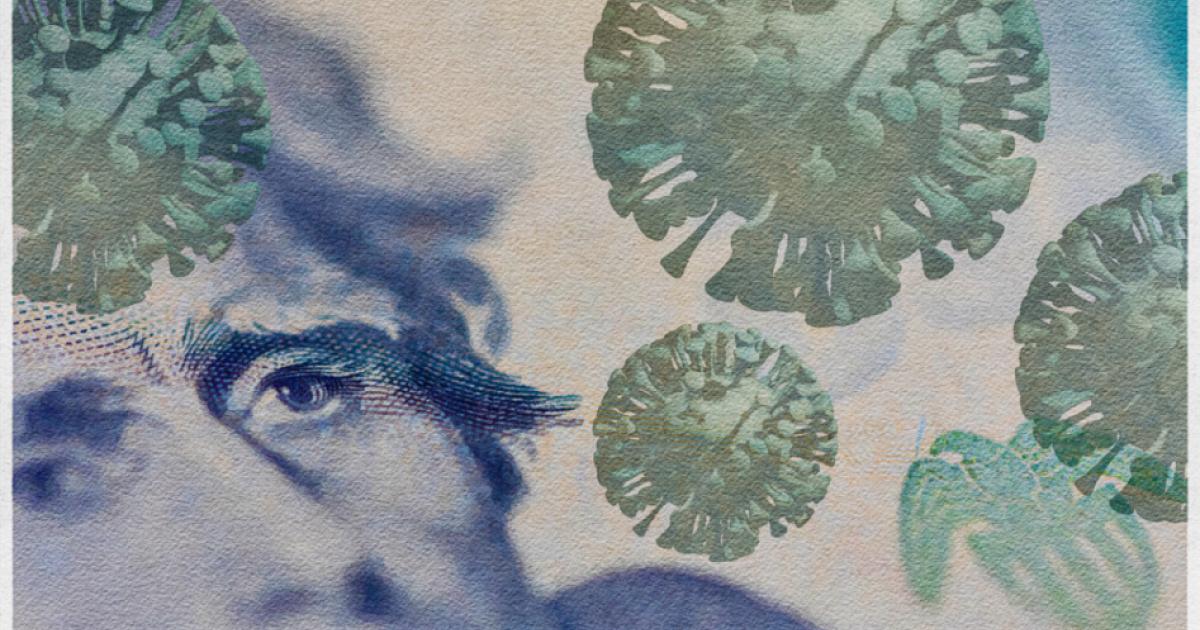 In my previous Defining Ideas article, “An Unnecessary ‘Stimulus’ ” (March 5), I laid out why the about-to-be-passed $1.9 trillion federal spending bill was unnecessary. I also pointed to a few major spending items in the budget that were clearly unjustified, such as the unneeded bailout of state and local governments. But I didn’t point out that the bill will also cause harm in the long run. The harm will be of two kinds. The first is in the realm of ideas: many people will learn the wrong lessons from the spending. The second is in the realm of policy and the effects of policies: dependence on government and irresponsibility will increase, and economic freedom and long-run economic growth will fall.

Economic growth this year is likely to be well above the 2.0 percent average from 2000 to 2019. The reason is not the spending bill; it’s the fact that the pandemic and the lockdowns that have gone with it are waning. The huge drop in economic growth in the second quarter of 2020 was not the usual recession. Recessions typically occur when there is a drop in the aggregate demand for goods and services, a drop from which it takes time to recover. But the short and sharp recession last year was due to factors on both the demand side and the supply side. On the demand side, tens of millions of people decided to stay home voluntarily and cut back on their travel and other forms of consumption. Their saving rate as a percent of disposable personal income grew from 7.5 percent in 2019 to a whopping 16.3 percent in 2020. On the supply side, state and local governments, starting with California in mid-March, drastically reduced supply in some sectors by allowing what the governments regarded as “essential” production and declaring other sectors of the economy, including restaurants, bars, and retail, off limits. At one point last spring, forty-five states had various degrees of lockdown. For that reason real gross domestic product (GDP) fell at an annual rate of 31.4 percent (which translates to a 9 percent drop) in the spring quarter last year.

But as people’s fear has subsided, partly because they have become aware that their risk is not that high and partly because more and more people are getting vaccinated, they want to come out and spend again. Also, many state governments are relaxing the lockdowns in major ways. The effect of the latter is like that of an elephant taking his foot off a garden hose: the water flows once again. For those two reasons alone, we will see high economic growth this year.

Indeed, we have confirming evidence from last year. In late April, some state governments, most notably in Georgia and Colorado, relaxed their lockdowns and other state governments followed suit during the late spring and early summer. The result: during the third quarter of 2020, in summer, real gross domestic product (GDP) rebounded by an annual rate of 33.4 percent (which translates to a 7.5 percent increase), making up most of its lost ground in the spring. You might argue that part of this recovery was due to the March 2020 CARES Act spending. That argument is hard to make, though, for two reasons. First, much of the spending for “payroll protection” was to businesses that would have stayed in business anyway. Second, much of the spending was for the $600 per week federal addition to unemployment benefits, which gave people an incentive to stay unemployed, slowing the recovery.

It shouldn’t be surprising, then, that even before the $1.9 trillion spending bill was passed, forecasters were predicting high economic growth this year. In January, for example, well before the spending bill passed, the International Monetary Fund predicted that real US GDP would grow by 5.1 percent in 2021. And on February 12, again, well before the bill passed, the Federal Reserve Bank of Philadelphia reported a survey of thirty-nine forecasters that predicted a 4.5 percent growth rate.

Unfortunately, when we see strong economic growth this year, many people will attribute it to the widely touted “stimulus” bill. President Joe Biden and Vice President Kamala Harris will push that narrative and will likely get an assist from complacent mainstream media.

A major piece of the spending bill is a $3,600 annual tax credit for each child under age six and a $3,000 tax credit for children ages six to seventeen. The credit is, in tax speak, “refundable.” Normally one can get a refund only of something one has paid. But the term “refundable” is now widely used to describe a tax credit that goes to someone who otherwise would have a tax liability that is less than the credit. For some people, these tax credits will amount to a huge increase in their income. And the tax credit is granted regardless of whether the recipients work. Thus, the measure undoes, to some extent, the highly successful welfare reform of the mid-1990s, passed by a Republican Congress and signed into law by Democratic President Bill Clinton. Economist Scott Winship of the American Enterprise Institute points out that a non-working mother with three children could get $10,800 a year, as well as food stamps and Medicaid. That’s not a lot, but it would reduce her incentive to get married and/or to get a job.

Washington Post columnist Greg Sargent, in an op-ed titled “The GOP scam is getting worse—for Republican voters. A new study shows how,” March 8, 2021, finds puzzling the fact that all Republicans in Congress voted against the bill even though the tax credit would help a lot of low-income people in the states they represent. I don’t find it puzzling at all. In fact, given how dismal the performance of Republicans in Congress has been this century, it’s slightly heartening. Why would so many Republicans vote against a bill that helps so many of their constituents? Could it be that they actually believe some of their own rhetoric, the rhetoric about keeping people off welfare and not having them depend so much on the federal government? Maybe.

Unfortunately, these payments will make people more dependent. The good news is that they are temporary. The bad news is that the Democrats are virtually certain to try to implement some version of the payments on a permanent basis and Republicans will be under enormous pressure to go along. New York Times reporter Jason DeParle quotes economist Sam Hammond of the Niskanen Center: “They [Republicans] crossed the Rubicon in terms of cash payments. People love the stimulus checks.” In a March 11 op-ed titled “The child tax credit is a conservative dream fulfilled. Let’s help make it permanent,” Washington Post writer and former George W. Bush aide Michael Gerson urges Republicans to support this major expansion of the welfare state. He argues, “These credits also partially redress the imbalance of a tax system that takes huge amounts of cash from younger Americans to subsidize entitlement programs for seniors.” Isn’t there a simpler solution that you might think a Republican would think of, namely, redressing the imbalance by taxing younger Americans less? Gerson might argue that that would lead to a higher deficit. It would, but so would the payments for children. It’s better to have a higher deficit with lower taxes and spending than the same higher deficit with higher taxes and spending.

What I missed, though, was a measure to give $86 billion to multiemployer pension plans over the next thirty years. Many of these plans, which are agreed upon by employers and unions, have been notoriously badly managed and underfunded over the past few decades. Bailing them out sends a message to other such plans: don’t worry about funding because you may get your bailout also.

When government takes over a large part of the economy, economic freedom declines. The inevitable higher taxes either now or, to service a higher debt, in the future leave people with less of their earnings from labor and investments. A minimum estimate of the cost, even if the $1.9 trillion can be financed with bonds paying the current yield of 2.275 percent, is $43.2 billion annually. But if the child tax credit is made permanent, the annual cost will be much higher.

The bill reduces economic freedom in another way. Congress had the gall to tell state governments that if they receive funds from the feds as part of this bill, they cannot legally cut state taxes without permission of Secretary of the Treasury Janet Yellen. Every dollar of taxes they cut will result in a one dollar decrease in their federal subsidy. Senator Joe Manchin of West Virginia, who pushed for this last-minute provision, asked “How in the world would you cut your revenue during a pandemic and still need dollars?” Hmmm. Maybe by having managed your state government finances well? How could Manchin and other members of Congress know enough to micromanage the state budgets of fifty states? They can’t.

Another effect of the bill will be lower economic growth. That will happen for a number of reasons. First, as I noted in my previous article, the measure pays people an extra $300 a week to be unemployed, and plenty of economic research finds that an effect of paying people to be unemployed is that some of them stay unemployed longer. Also, the child tax credit will undo some of the good effects of welfare reform, causing some people who would have worked not to work. Finally, the extra debt to be financed will suck up savings, some of which would have been used to invest in plant and equipment.

The people who are responsible for this bad measure, besides President Biden, are Democrats in the Senate and House of Representatives. But one of them, Representative Jared Golden of Maine, stood out. He voted against the final bill. Rep. Golden pointed out that “many of these programs are not currently at risk of running out of funding, thanks to the nearly $1 trillion bill we passed in late December, and some of these programs are only just now beginning to be distributed to people in Maine.” Good for him.

I said above that many people will learn the wrong lesson from the large spending bill. But there is a lesson we should learn from the left. After the Bush tax cuts of 2001 and 2003, a battle the left lost, the left never quit claiming that those cuts were bad. They got their facts wrong: those cuts did not help “the rich” disproportionately. But there was one thing they got right: they never let their opposition drop. Those who oppose big government should learn from that. This was a bad spending bill and it’s important to keep pointing that out.