The West must once more embrace a Pax Americana by meeting force with even greater force. 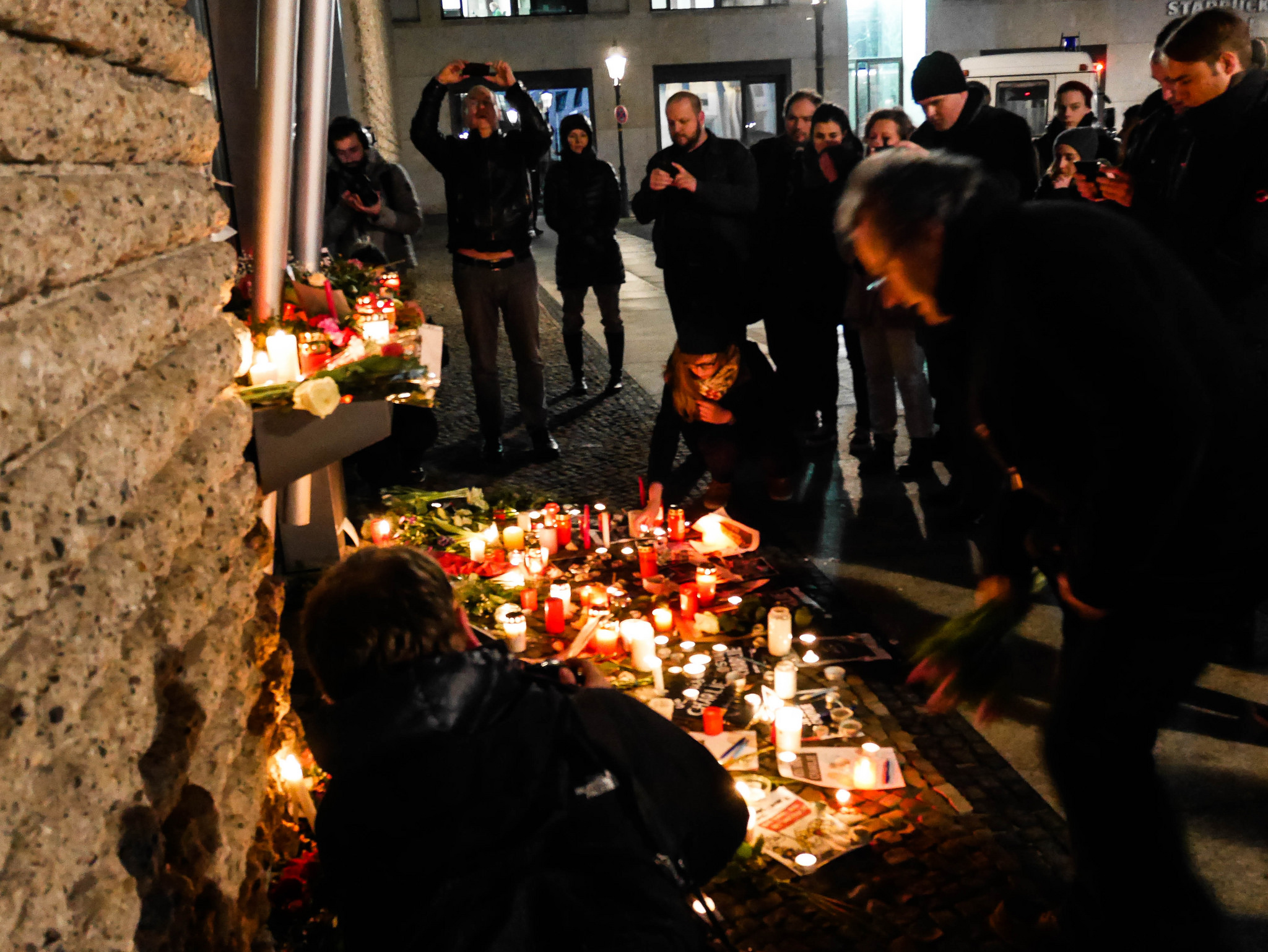 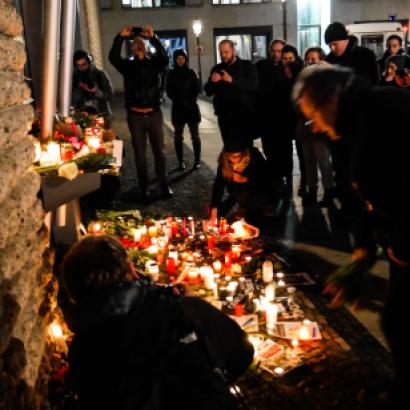 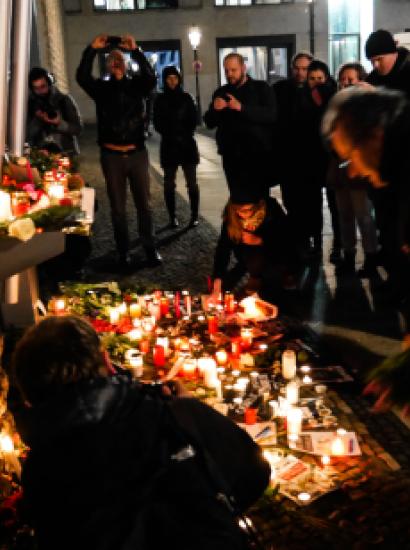 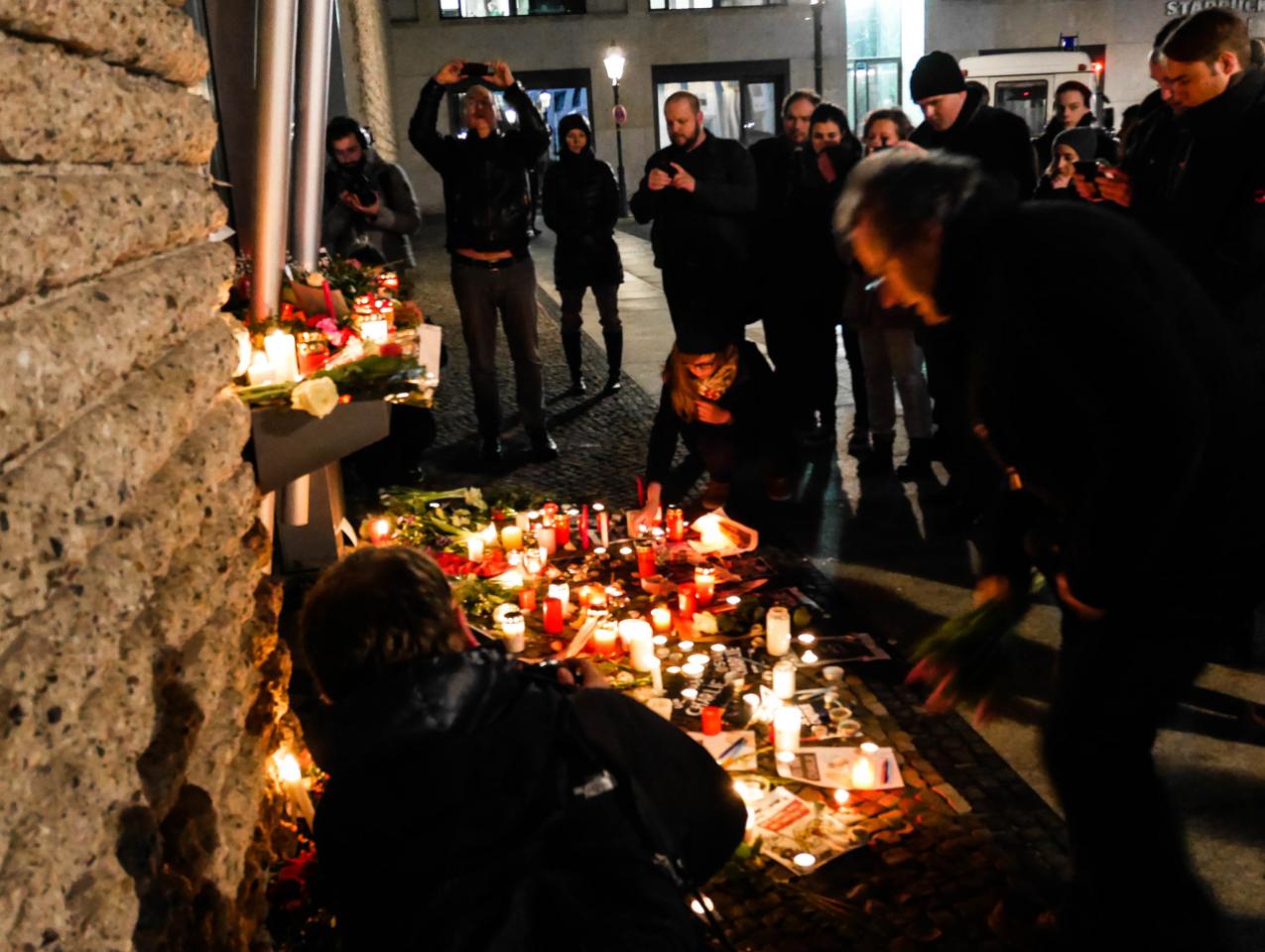 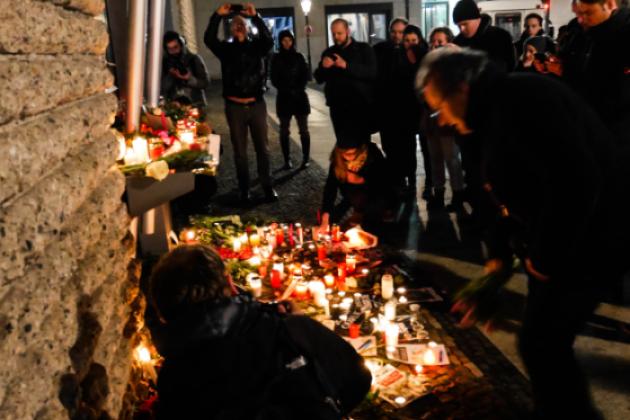 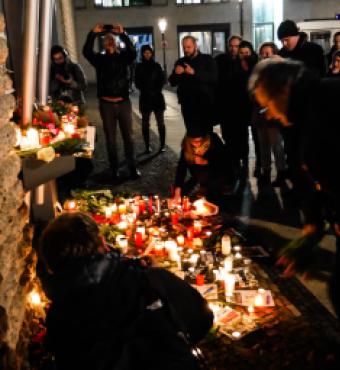 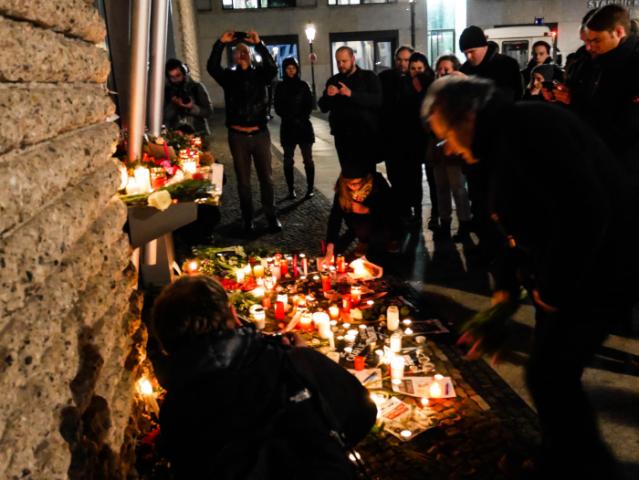 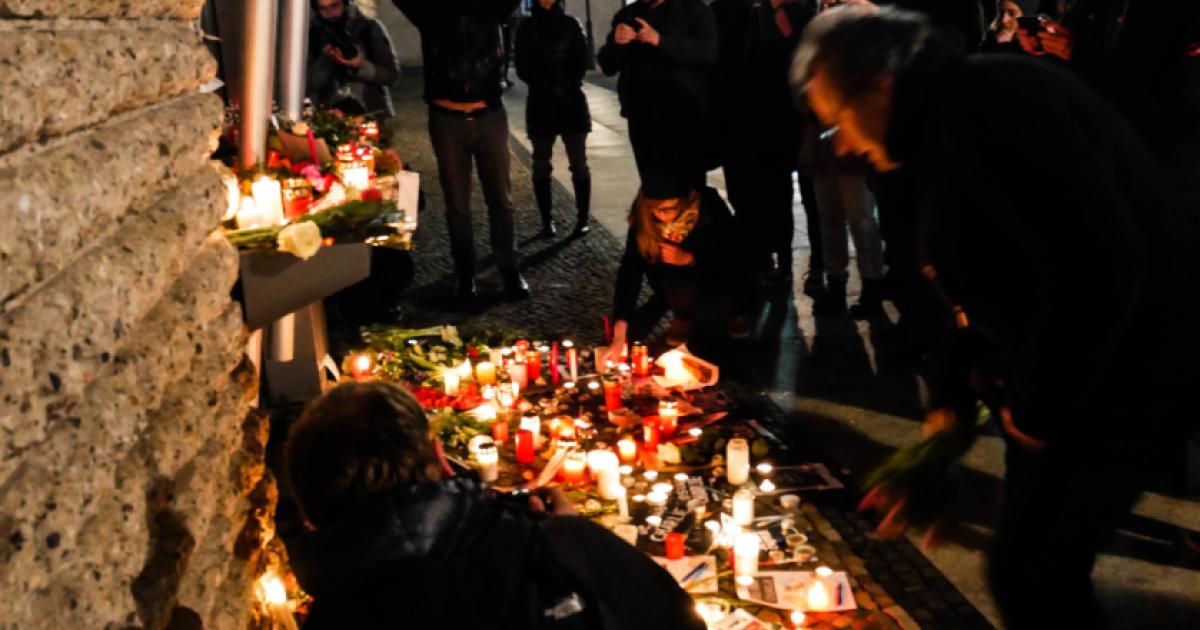 Last week’s senseless slaughters at Charlie Hebdo in Paris has had the welcome consequence of uniting in massive public demonstrations those who are all too often locked in conflict. But signs of solidarity, like that in Paris this past Sunday, will not achieve their intended purpose unless they spur everyone to reexamine the fundamental principles of social cooperation that are needed to combat an ever-widening cycle of death and destruction.

At this point, we must come to terms with today’s deep tension between skepticism and fundamentalism. A small group of Muslim terrorists insists that there is only one right answer to any question of practice or faith—their own. Armed with that false confidence, they leap to the conclusion that any use of force in the defense of their faith is legitimate. To Muslim fundamentalists, infidels in the West have to be treated like outlaws. Open critics of their position, from Salman Rushdie to Charlie Hebdo, are singled out for a cruel fate, and must be killed on sight. It is impossible to reason with these fundamentalists. Anyone raising doubts about the truth or soundness of the fundamentalist position only supplies conclusive evidence of their wanton disregard of the truth, and must perish for their sins.

No one should claim that Muslims are unique in their intolerance. Historically, such adamant certitude has also been part of the Western religious tradition. But over time, and only after much painful experience, Western extremism was tempered by moral skepticism. The skeptics began with the simple proposition that not all inconsistent religious and social belief systems can be true. The only certainty in life, therefore, is that one’s own religious and social beliefs could prove wrong in light of further reflection and experience. So chastened, the consistent skeptic must find a way out of his bind. How can he defend his bedrock beliefs when he has just announced in advance that no world-view is immune from criticism?

Answering this question requires an appeal to an abstract philosophical adherence to parity between rival fundamentalist camps. That parity in turn could be of two sorts. The first allows each side to kill each other as a matter of right so that the Hobbesian war of all against all becomes a war to the death among religious and political factions. Talk about social arrangements that make life “solitary, poor, nasty, brutish and short”! No one comes out a winner within the confines of this world-view.

Evidently, therefore, for the good of all humankind, the pendulum of equality has to swing sharply to the opposite pole. Each group has to tolerate the offense that they experience when other groups practice alien beliefs. No religious or political group is allowed to use force, or the threat of force, to subjugate or destroy those who do not bend to their will. Moral skepticism leads to an embrace of a global non-aggression pact. All sides are far better off with the mutual renunciation of force than they are with the unabated warfare that the Muslim extremists practice, seemingly at every opportunity.

One theoretical challenge to this position is whether, and if so how, this principle is reconcilable with John Stuart Mill’s great pronouncement from On Liberty: “That the only purpose for which power can be rightfully exercised over any member of a civilized community, against his will, is to prevent harm to others.” This clarion call to liberty unfortunately carries with it a potentially fatal internal ambiguity. As stated, the harm principle places no extrinsic limits on what counts as “harm” to others. With only a little ingenuity, the exception can swallow the rule, authorizing the creation of a large state and, in a pinch, the use of private violence.

One tempting definition of “harm to others” that has a utilitarian patina is that actions by one person count as harm to others when those other parties find themselves worse off by that conduct. In resisting that easy transition, the lawyers have been ahead of the philosophers. From ancient times, they have adhered, as much by instinct as by theory, to the proposition that important classes of harms are properly described as “damnum absque iniuria” or “harm without legal injury.” Pinpointing these classes of non-actionable or non-cognizable harms is critical for maintaining a sound social order. The key insight is that harm is limited to the application of force, threat of force, and the use of traps and other devices.

Under this definition three classes of harms receive strong social protection. The first of these is competitive harm, i.e. the loss of customers and profits that one individual suffers at the hands of a rival merchant who offers better products at lower prices. The second is any individual who builds on his or her property in ways that block the views of a neighbor who has already built. The third is any person who makes statements that others find deeply offensive to his moral and religious beliefs.

The logic behind this principle is as follows. Every interaction between two persons has profound effects, both positive and negative, on third persons. The private harms should only be cognizable in a court of law when the suit advances the overall systematic welfare. Stopping force has huge positive benefits. Stopping competition has huge detriments. Socially, a dollar’s loss by theft thus counts more than millions of dollars in competitive losses. So, too, the ability of all individuals to build on their land is far better than a rule that keeps all land in its natural state lest construction interfere with the views of a neighbor.

But for our purposes, the key category is the last: offense at the views taken by others, however deep and genuine, is never a reason to stop or punish, either by private or public force, the speech or action that causes those responses. People can criticize against these barbs, and can respond in kind. But so long as these general statements of opinion involve neither the use nor threat of force or fraud, they are absolutely protected. That principle has been adopted in key American decisions, most notably, the 1989 flag burning case of Texas v. Johnson, where the Court held that the offense that other individuals took at the burning of the flag did not justify criminal prosecution of that conduct, no matter how vulgar and disrespectful the conduct.

Taking the alternative position has this perverse incentive effect: the best way in which to limit the freedom of action of your rivals is to wax indignant about their expression of their own views. It therefore lies with each person to strengthen their entitlements against others by getting ever angrier with them. Work yourself into a white heat, and now you can take the law into your own hands, or better yet have the state do the ugly work of suppression for you.

The incentives work in exactly the opposite direction under the libertarian rule that treats simple offense as harm that receives no legal redress. In these cases, the only thing that the indignant person gets is a stomach ulcer. He cannot, however, parlay that indignation into a new set of rights. As the rate of return from anger is reduced, the willingness to work one’s self into a frenzy will necessarily be reduced as well. The key move is never to fan the fires of discontent by using them as reasons to use force against others.

Of course, individuals can seek to persuade others to align with them, but they will know that those on the other side of the issue can seek to mobilize public opinion against them too, as in Paris. Some fine points arise when individuals engage in defamation—i.e. false statements about the plaintiff that the defendant makes to third parties. But these cases are not an exception to the general rule, because defamation violates the libertarian prohibition against fraud and thus has been long regarded as actionable like other forms of deception.

The hard question then is what should be done with those who refuse to accept the universal truce not to use violence against those who dare to utter statements that they regard as blasphemous.

Here again the libertarian theory offers the first step towards a response. By their refusal, they become outlaws. Those who are prepared to use force should be subject to the full range of criminal and civil sanctions. Individuals and the state may use force to resist force, they may work hard to ferret out threats of the use of force before they materialize, and they may root out conspiracies of individuals for particular acts of violence. Similar hostility is the order of the day against the nations and groups that practice the use of unlawful force or harbor those that do. Once again, it is critical to note that the libertarian vision seeks to preserve a large domain for protest and dispute, but it is relentless against those do not play the game in accordance with those rules. Its basic principle is: you disarm, we disarm, but if you fight, we fight harder.

At this point, the practical program should be clear. It is no longer defensible to try to soft-pedal the enormity of the difficulty by announcing some supposed parity between murderers and the people they murder. Supposed social grievances against those who ridicule and deal in satire must fall on deaf ears. Moral equivocation worsens our ability to maintain an ordered liberty. Force must be met with force. France, the United States, and other nations must conduct massive manhunts against those who commit terrorist actions, properly labeled as such. They must go further and deprive these individuals of the sanctuaries from which these attacks can be brought, which means troops on the ground, as well as planes in the air.

It cannot do for a weak and indecisive President Barack Obama to allow a force like ISIS with 30,000 men under arms to hold territory indefinitely until local troops hopefully become strong enough to root them out. We need, as I have said before, a return to the Pax Americana. If the nations of the West and the rest of the free world do not insist on the universal adherence to the principles by which they bind themselves, an angry public through the political process should displace them with new leaders who are prepared to wage war against those who wage war against us.