Syria: A Dictatorial Regime And Its Continuing Crimes

The Syrian regime is guilty of terrible war crimes - the killing of civilians, destruction of property, and the use of chemical weapons against defenseless civilian populations. 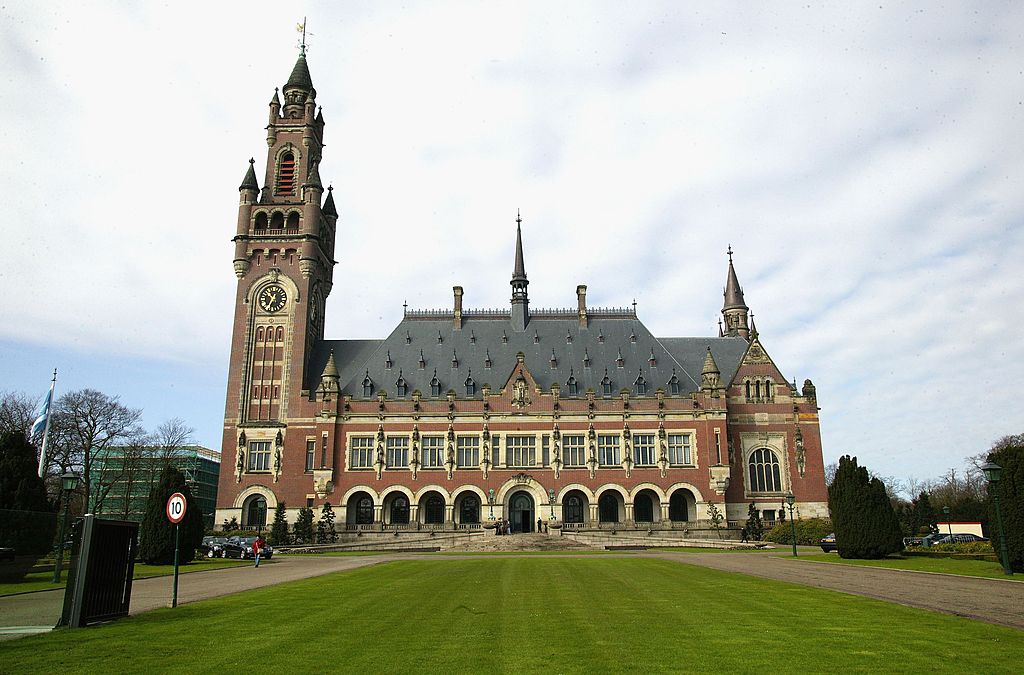 Syria: A Dictatorial Regime And Its Continuing Crimes 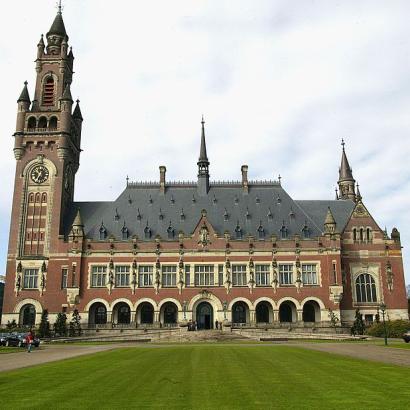 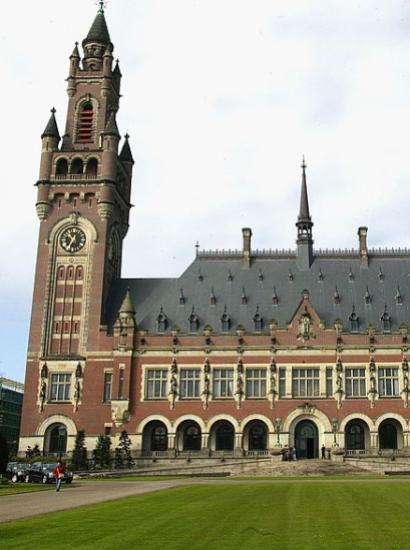 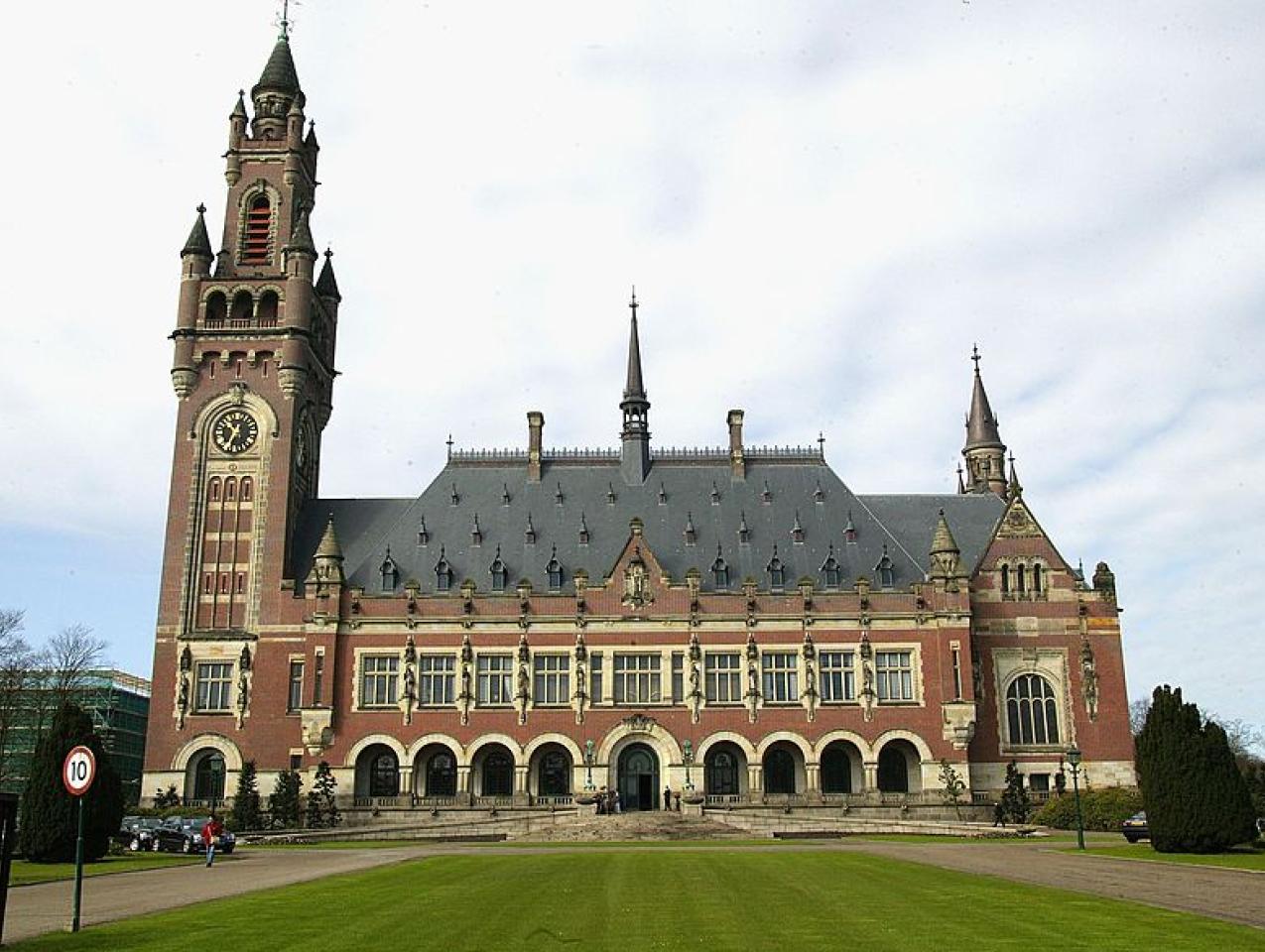 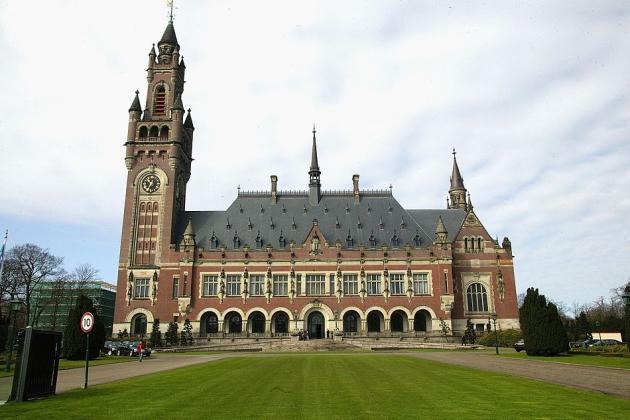 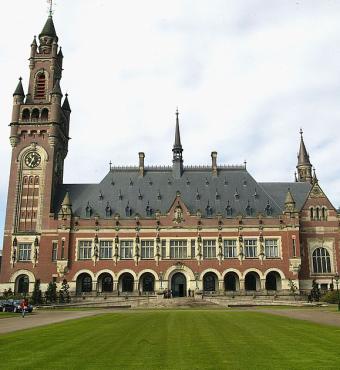 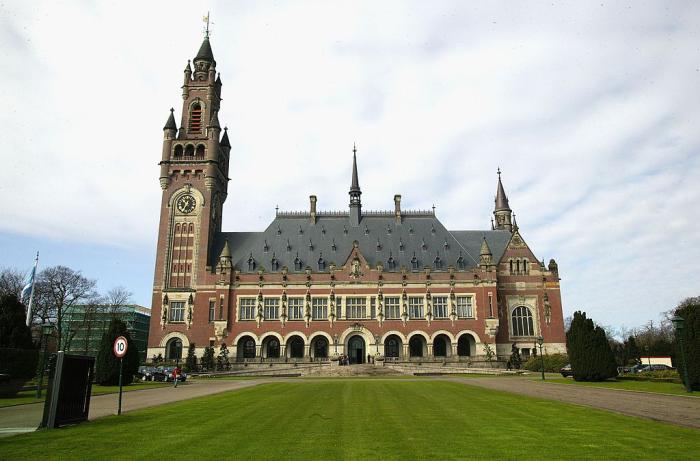 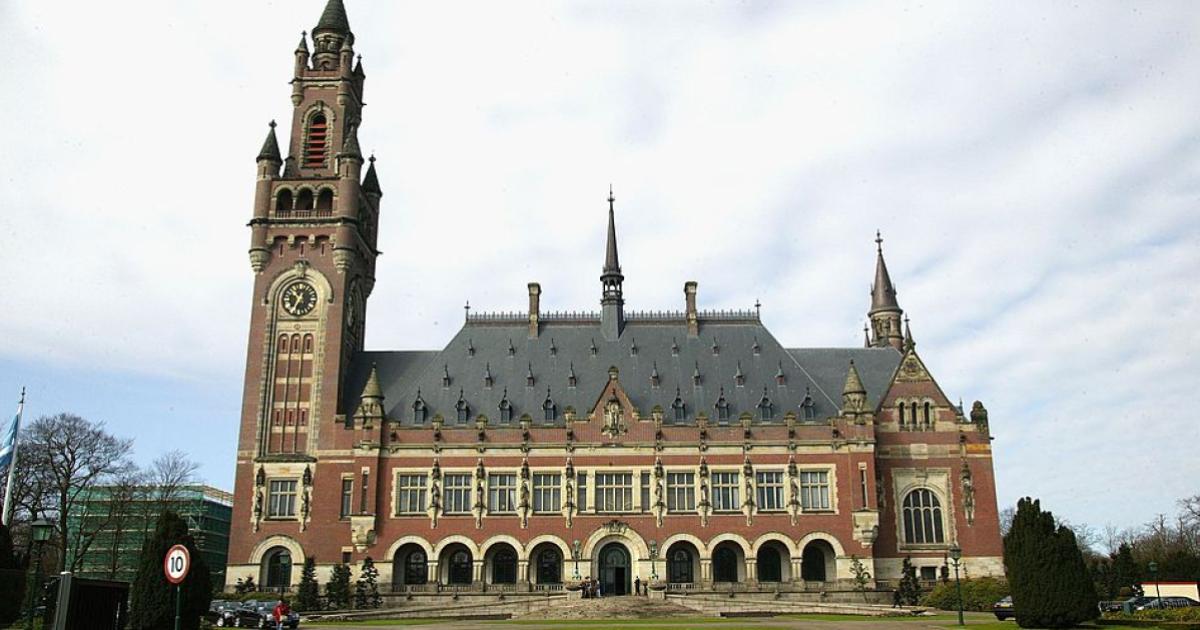 The Syrian regime is guilty of terrible war crimes - the killing of civilians, destruction of property, and the use of chemical weapons against defenseless civilian populations. The regime has also committed crimes against humanity which, in my view, include: the systematic killing, arrest, forced disappearance of countless individuals, as well as the torture, and death under  torture of civilians,  starvation of whole neighborhoods, acts of sexual violence, destruction of property, looting, forced displacement, and demographic change.

All of this characterizes a systematic, extensive and wide-ranging policy issued at the highest level of authority.

Perhaps the most heinous crimes against humanity committed in Syria with the largest numbers of victims were the arbitrary arrest, enforced disappearances, torture and killing by way of torture. Documents indicate that more than 600,000 Syrians, including more than 50,000 women and thousands of children have been arrested or forcibly disappeared for periods ranging from one month to several years. All faced systematic torture and sexual violence.

One hundred and fifty thousand Syrians are still missing in the prisons of the regime. Fifteen thousand have been documented by name as having been killed under torture, starvation or through denial of medical care. However, given that the facts have not yet been fully documented on a case-by-case basis, according to testimonies collected by the Syrian Center for Legal Studies and Research. It turns out that about 80,000 victims died due to torture, starvation or inhumane conditions of detention. The photos of the Caesar files provide an accurate account of what the detainees endured - and continue to suffer - in the face of harsh conditions and systematic killing.

More than forty cases of transitional justice have taken place in the world during recent history, and perhaps what unites them are two features. The first is failure: the failure to achieve justice for all victims, the failure to prosecute all the criminals, and the failure to build sustainable civil peace. The second shared feature is that the cases all took place after the conclusion of the immediate crises in the respective countries, and on occasion after a considerable length of time. This delay means that evidence was obscured, criminals had fled, and reaching justice had at most meaning for only some of the victims. Alternatively, the endeavor to seek justice was simply ignored and denied under the pretext of building peace and ending the conflict. In addition, the experience with transitional justice in these cases was typically specific, limited and linked directly to the manner in which the respective crisis was concluded.

In the case of Syria, the familiar paths to justice have been blocked, such as the International Criminal Court or the establishment of a special court, due to the fact that Syria had not joined the relevant international agreement, and Russia and China vetoed this path four times. In addition, since avenues toward a political agreement to end the tragedy of the Syrian people have been closed off, and given the lack of any genuine opportunity for a political solution that would achieve a minimum of justice for the victims of the crimes of the Syrian regime, the victims and their representations chose to make use of the principal of universal jurisdiction which is available in a number of European countries, especially Germany, in order to initiate criminal proceedings. This path has only been used previously in rudimentary ways, without significant results.

Hence our strategy to prosecute crimes against humanity.

We chose to focus on the issue of prosecuting criminals for crimes against humanity: because it has been the most wide ranging crime, with  the largest number of  victims, and because hundreds of thousands of Syrians have reached Europe who were victims and thus available as witnesses and plaintiffs, as well as our access to documents that confirm the chain of command and the responsibility of the most important individuals in the Syrian regime for crimes against humanity. In addition, Europe has an independent judiciary endowed with universal jurisdiction that enables the judiciary to prosecute those who perpetuate crimes against humanity and war criminals, if they are present in its territory in accordance with the four Geneva Conventions, the conventions on the prevention of torture and Security Council resolutions related to sexual violence. Furthermore, some countries-- Germany since 2002 and Sweden and Norway since 2014--have the authority to prosecute criminals against humanity even if they are outside their territories, because an inability to punish these criminals would threaten world peace in general.

Therefore, we focused first on Germany where four files were presented in 2017 to the German Public Prosecutor for crimes against humanity, torture, enforced disappearance and murder under torture against 27 suspects, all high-ranking officials, including Bashar al-Assad and the senior staff of his security and military regime. A case was also opened in 2016 in France because of the presence of two victims with dual French and Syrian citizenship A further case was filed in Austria in 2018 concerning an Austrian-Syrian victim. Further, a case was presented to the Public Prosecutor in Sweden and another to the Public Prosecutor in Norway in 2019, both relating to arbitrary arrest, enforced disappearance, torture and murder under torture.

As a result, more than sixty senior Syrian security officials, still in Syria, have become suspects and subject of an open official investigation of their crimes against humanity. Secret arrest warrants were issued for a number of accused officials. Public prosecutors in Germany and France announced the issuance of warrants for Ali Mamlouk, head of the National Security Bureau, Jamil al-Hassan, head of the Air Force Intelligence Department, and Abd al-Salam Mahmoud, head of the investigations branch at Air Force Intelligence in Damascus.

Because we discovered that one of the security officials responsible for crimes of torture and murder in detention, part of Branch 251 of State Security, was present in Germany, an investigation was launched into his commission of these crimes. The Syrian Center for Legal Studies and Research and the aforementioned organizations supported the case with witnesses, victims and documents. As a result, he was arrested and charged by the German public prosecutor in February 2019; a public trial took place from April 2021 through January 13, 2022, which led to his conviction for crimes against humanity and specifically his responsibility for torturing more than four thousand detainees and killing 38 of them under torture in addition to acts of sexual violence. He was sentenced to life imprisonment, after a ruling had already been issued against a security officer in the same matter, convicted in February 2021 as an accessory to crimes against humanity, with a prison sentence of four and a half years.

A Syrian doctor was arrested in Germany, and his trial began in Frankfurt on January 19, 2022. He had worked in military hospitals and was in charge of the military intelligence branch detention center in Homs and Damascus. He was accused of committing crimes against humanity by torturing detainees and withholding medicine from them, thereby causing the death of at least one detainee. Our center helped gather witnesses and victims. The evidence and the trial is still under way. Based on the follow-up of potential criminals in Europe and according to the testimonies of victims and witnesses, and the efforts of the Syrian Center for Legal Studies and Research, an official in the Palestinian militias affiliated with the Assad regime was arrested in Berlin and charged with war crimes, the killing of civilians, arrest, torture and sexual violence. The public trial will begin on August 25, 2022, in Berlin.

Investigations are also under way in the Netherlands, Belgium, Sweden, Austria, France, Spain and Switzerland against suspects within the borders of these countries. We are cooperating with the public prosecutors and the relevant police in these countries with the help of witnesses and victims to provide them with material in preparation for the arrests and trials. In addition, Islam Alloush, the official spokesman for the Army of Islam in Ghouta (Damascus) was arrested in France, while there are more than 25 open trials in Germany against members of organizations classified as terrorist, such as ISIS, Jabhat al-Nusra, and other armed organizations on charges of committing war crimes. Prison sentences have been issued in a number of these cases.

Thus, there are dozens of investigative files opened in Europe against suspects belonging to armed or terrorist organizations in Syria. The Syrian experience in pursuing justice is distinctive, as it is the first example taking place prior to the end of the conflict. On the contrary, these prosecutions are taking place in the midst of the conflict, while crimes are continuing, and criminals are still committing more of them. Evidence is therefore abundant and has not been forgotten or lost. For the first time, the pursuit of transitional justice has been initiated on the basis of the will and initiative of the victims themselves, and not thanks to an international agenda or the will of particular states. Therefore, the influence of politics on the procedures and course of justice is considerably minimized, if not absent altogether. On the contrary, it is more likely that these judicial procedures are taking place without the consent of politicians and perhaps even contrary to their wishes.

Syria is also the first case where justice is being imposed on politics and politicians and on the expected solutions to the crisis, while in previous situations, politicians, and sometimes even the criminals themselves, have been able to define the outcome limiting justice and its path or preventing it altogether, as has been the case in Lebanon. It may even have happened that major criminals receive the Nobel Peace Prize as a reward for their crimes, as for example in Colombia. Likewise, Syria is the first case where international arrest warrants have been issued by a national judiciary with universal jurisdiction against criminals who still officially hold positions within the highest levels of military and security authority.

For the first time, public trials are being conducted for senior officials who are still in their official positions, accused of crimes against humanity before the victims' blood has dried on their hands. Moreover, they are not being tried as individual criminals but as part of a criminal system and regime.

The Syrians' experience in seeking justice for victims and prosecuting criminals has been pioneering, and I believe that it has affected, affects and will continue to affect many throughout the whole world. The major criminals now know from experience that their prosecution will be pursued in an international context. Within their own countries, they themselves drafted the laws to give themselves immunity from prosecution and they felt safe because of their political relations and the guarantee of a certain active member of the Security Council who prevented their case from ever being referred to the International Criminal Court. However, because of the use of the principle of universal jurisdiction, they have now been deprived of the security and immunity they once took for granted, just as they have been deprived of the military, political and diplomatic power that can no longer protect them from their victims who are pursuing them.

Translated by Russell A. Berman