Syria is the humanitarian catastrophe of the century. The Bashar al-Assad regime has been engaging in systematic attacks on its own population, not only to suppress a movement calling for democratization--the Syrian version of the Arab Spring--but to carry out an intentional program of demographic reengineering. 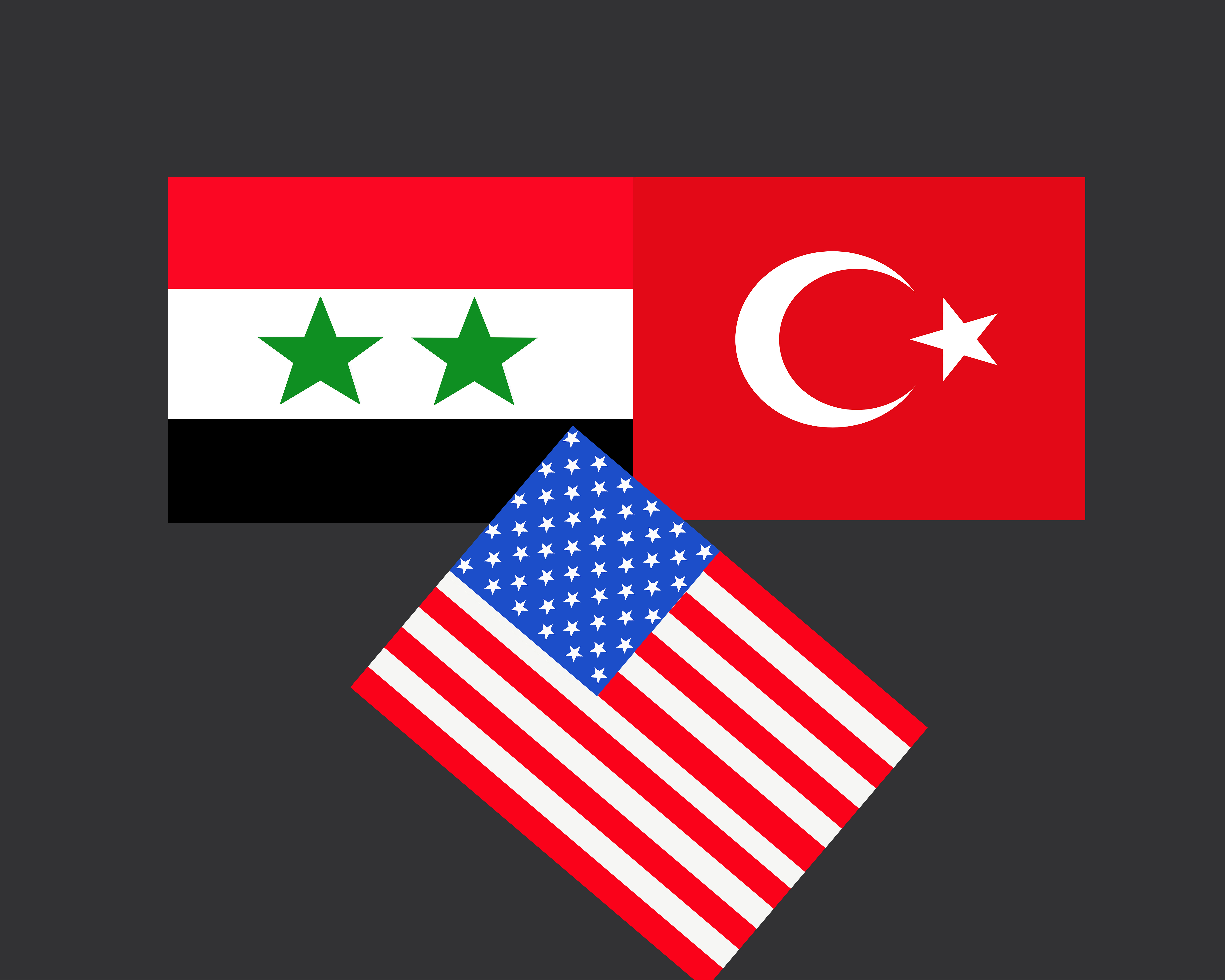 By: Russell A. Berman
Media master== 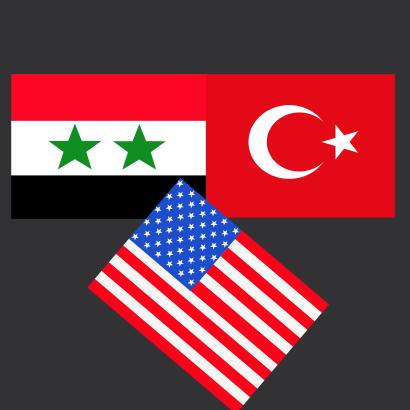 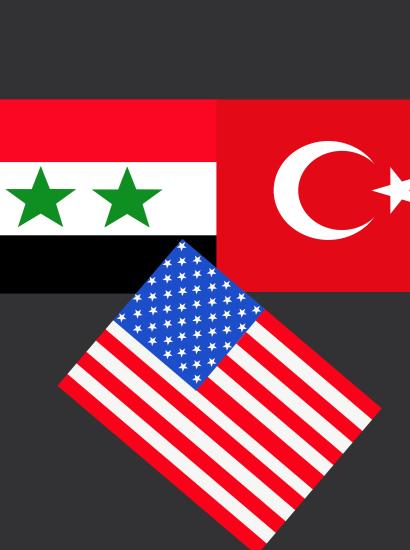 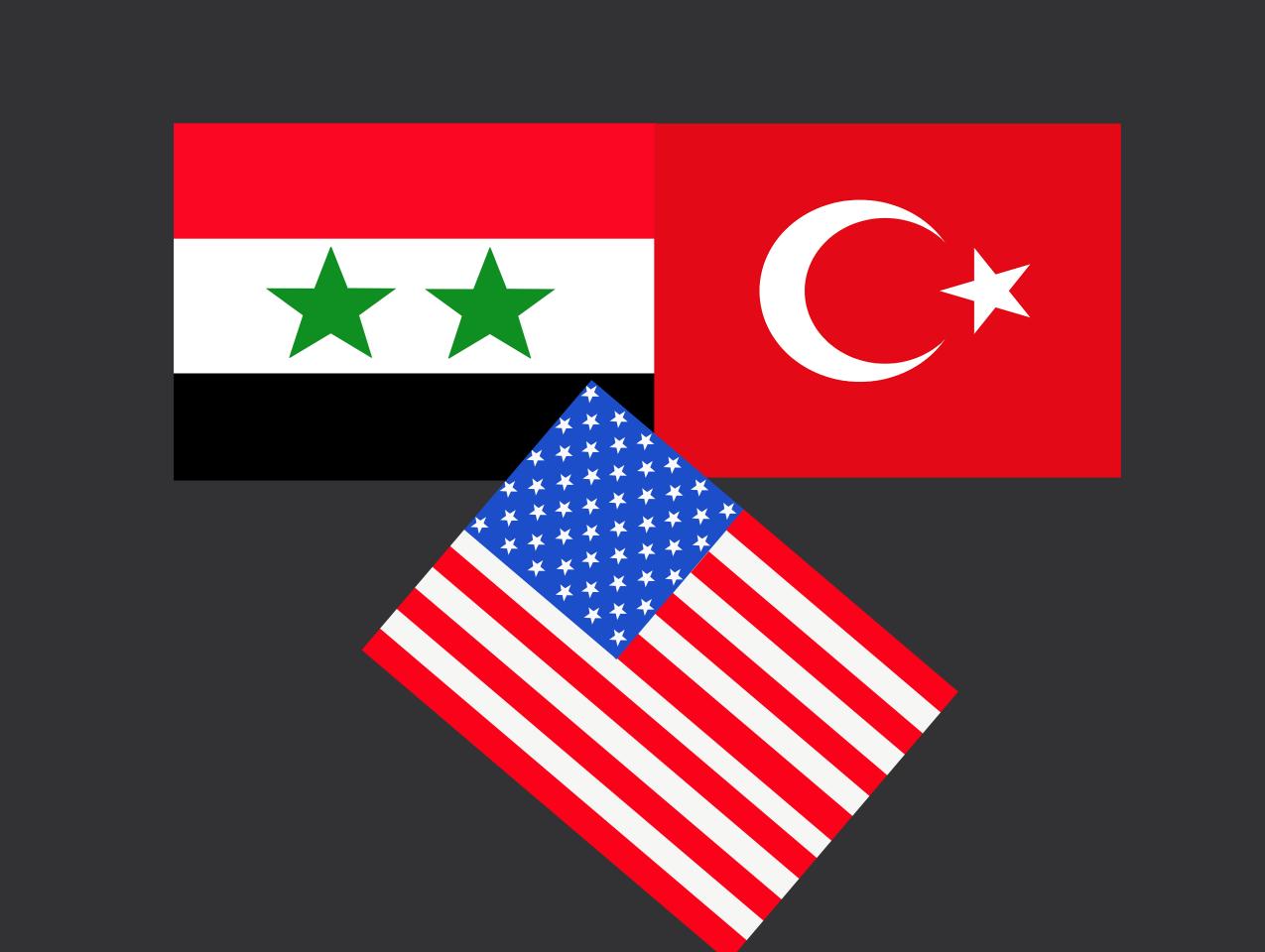 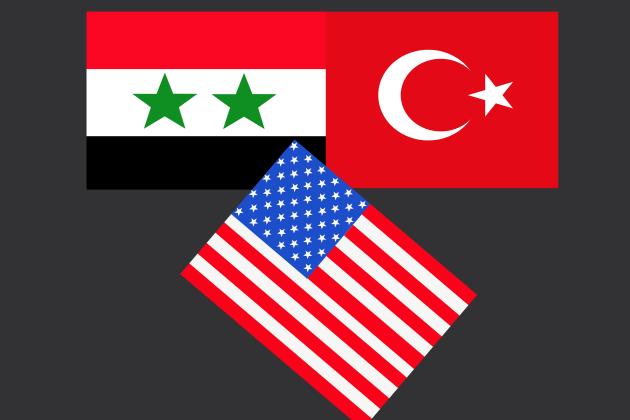 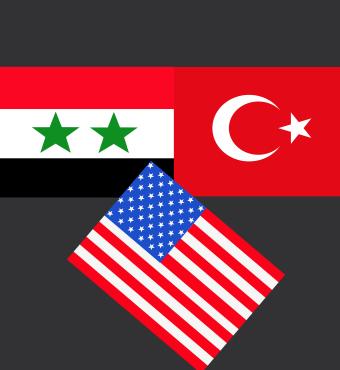 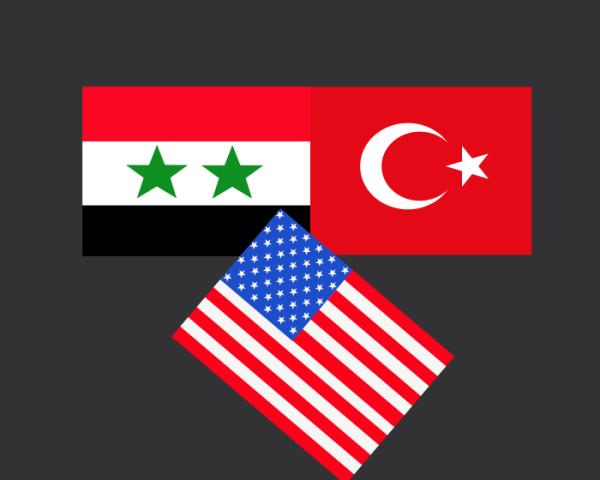 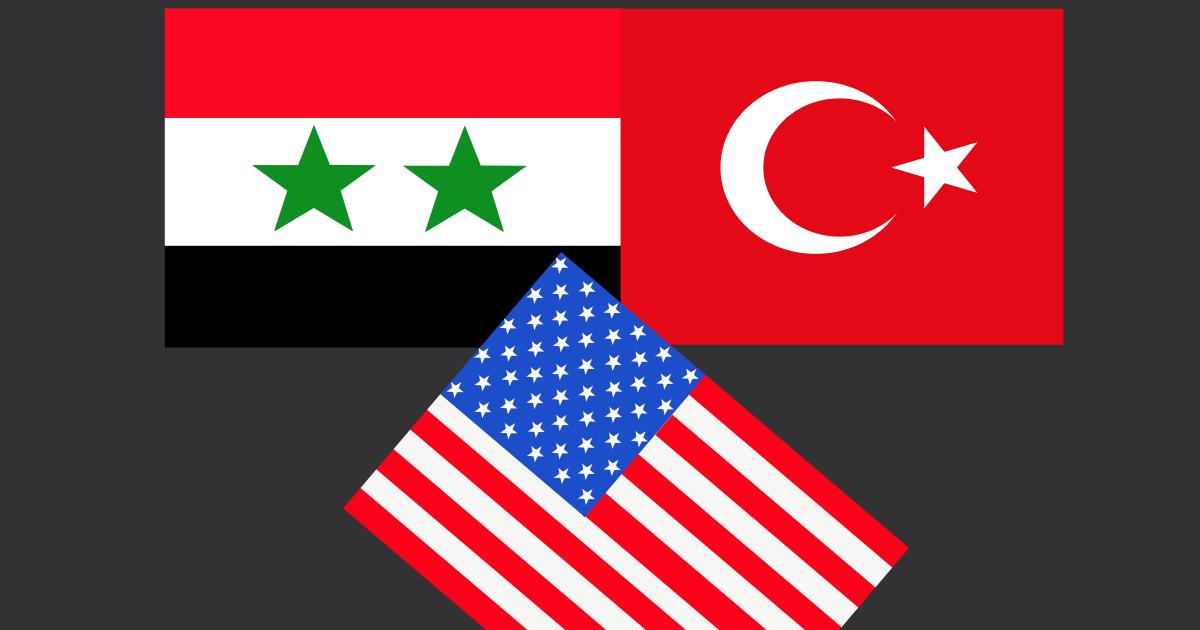 Syria is the humanitarian catastrophe of the century. The Bashar al-Assad regime has been engaging in systematic attacks on its own population, not only to suppress a movement calling for democratization--the Syrian version of the Arab Spring--but to carry out an intentional program of demographic reengineering. By forcing masses of refugees into exile, the regime intends to diminish the historical Sunni majority in order to protect the minority Alawite ruling circles, while strengthening the alliance with Shia Iran. Of course, this violence is not really about genuine religion; it is pure power politics carried out by sadism, compounded by Tehran's pursuit of a "Shia crescent."

According to a Brookings Institution publication, the numbers of Syrian refugees are enormous, especially if one includes the full populations and not only those who have gone through official registration processes: 1.3 million in Jordan, 1.5 million in Lebanon, and 4 million in Turkey. In contrast, the much smaller number of slightly more than one million Syrians who arrived in Europe in 2015 set off populist political revolts that threaten the European Union and contributed to the Brexit vote. In addition to the human suffering of the refugees themselves, one must therefore consider the prospect of intentional destabilization in the region more broadly. Damascus is not only waging a war against its own population; in collusion with Tehran and ultimately Moscow, it is weaponizing population flows in order to achieve political goals further afield.

In fact, the number of refugees understates the problem, since nearly as many people have been displaced within Syria. Beyond any doubt, this amounts to a calamity of historic proportions. So it is stunning that Syria has not captured the attention of the Biden administration foreign policy leadership. If one remembers the centrality of human rights in the Carter years, or the prominence that President Reagan gave to human rights abuses in the Soviet Union, or even the rhetoric around a "responsibility to protect" in the Clinton administration, Syrian suffering today is met at best with handwringing but no robust steps.  Hopefully the publication of documentation concerning the crimes of the Syrian regime, discussed elsewhere in this Caravan collection, may bring pressure for a change of course. One can also point to the recently circulated video that documents the 2014 Tadamon massacre, carried out by the regime against innocent civilians. (I refrain from linking to it here because the violence recorded in it is obscene. Those who wish to find it need only carry out a simple search online.)

Against the backdrop of these crimes against humanity, the recent news that Turkey may pursue an opening toward Damascus is deeply troubling. In the wake of summer meetings with Russian President Vladimir Putin and Iranian President Raisi, Turkey's President Erdogan appears likely to speak with Assad soon. In addition, on August 11 Turkish Foreign Minister Mevlet Cavusoglu called for a "reconciliation" between the Syrian opposition and the Assad regime, with the result that the next day protestors filled the streets of Idlib and many other cities in northern Syria outside of the regime's control, denouncing  the apparent revision of Ankara's long-standing opposition to Assad. Social media spread the hashtag #لن_نصالح i.e., "we will not reconcile."

Turkey's agenda is surely complex, including security concerns with regard to Kurdish terrorism and aspirations to return refugees to Syria, especially in light of Erdogan's domestic political calculations prior to upcoming elections. He will be facing Turkish electorate harboring significant anti-refugee sentiment. Yet in terms of geopolitics, these diplomatic initiatives also involve Ankara's misguided outreach to Russia: given the fragility of the Turkish economy, Erdogan may be hoping for financial infusions from Putin. Russia, meanwhile, is trying to exploit Turkey as a route to circumvent sanctions, in addition to firming up its own presence in the Middle East. One of the lasting accomplishments of the Obama administration's foreign policy is the return of Russia to the Middle East, particularly in Syria.

If this coordination between Ankara and Moscow makes sense for Russia, it is a strategic error for Turkey. In the context of the Ukrainian War and Turkey's support for Kiev, it appeared for a moment that Ankara was well on its way to normalize relations with the West. Now Turkey is unfortunately squandering that potential for good will. Perhaps Erdogan and Cavusoglu believe that they can play Russia and the United States off against each other. In reality, the appearance of a cozy relationship with Putin will make it even more difficult to address Turkish interests in Washington and especially in Congress.

Even more disappointing is the ethical dimension of the Turkish willingness to "reconcile" with the Assad regime, despite all its crimes. The politician Erdogan has in the past taken the admirably high road with regard to Syrian refugees, welcoming them into Turkey, even though he pays a domestic price for his pro-refugee advocacy. Yet any move to accommodate Assad will diminish the credibility of that principled and humane position. On the merits, the opening toward Russia and Syria has been wrong, but it may also turn out to be a significant miscalculation for the politician Erdogan himself. This Syria policy will not gain him votes in the election. If he turns against the refugees, he will in effect be denouncing his own prior leadership, while lending credence to his stridently anti-refugee opponents. Meanwhile he is also aligning Turkey with a Russia increasingly likely to lose the Ukraine War and from which it will emerge weakened. Choosing the losing side is not a good strategy.

Yet while Erdogan failed to take sufficient advantage of the diplomatic opportunity for an improvement of relations with Washington--he should have built more strategically on Turkey's support for Ukraine--ultimately a larger share of the blame has to be attributed to the inadequacy of Biden administration foreign policy. Turkey is a lynchpin of NATO, with the second largest military in the alliance, after the US. US nuclear weapons are housed at Incirlik air base at Adana. Turkey's geostrategic location is self-evident, with its command of access to the Black Sea and therefore control of Russian maritime activity, and Turkey is central to the sensitive question of the flow of refugees into Europe. The US needs Turkey. Meanwhile a set of specific issues has troubled US-Turkey bilateral relations, including Turkey's purchase of the Russian S-400 air defense system, US support for the Kurdish YPG, which Turkey regards as indistinguishable from the terrorist PKK, and human rights issues.

None of these problems is simple, yet the desideratum of a positive relationship is overwhelming.  While Turkey did not make best use of the Ukraine context to ameliorate relations with Washington, neither did the US. There was a moment before Erdogan moved toward Putin and Assad, when the Biden administration could have attempted to bring Turkey back into the western fold. In other words, just as President Biden was able to overcome genuine differences, make the trip to Saudi Arabia and meet with Crown Prince Mohamed bin Salman (MBS)--despite political costs in parts of the American public--he should have also travelled to Ankara or even invited Erdogan to the White House. If Biden could meet with MBS to whom the intelligence community attributes culpability in the murder of the journalist Jamal Khashoggi, then surely he should be able to meet with Erdogan who aggressively shed light on the Khashoggi killing and exposed the Saudi role.  However, as long as Biden will not meet with Erdogan, Putin is happy to find time in his schedule.

Such is the complexity of the Syrian tragedy in the international framework. Turkey may be on the verge of a normalization with the criminal regime in Damascus. This will be a political and an ethical mistake for which Ankara will bear responsibility. However, Turkey is being compelled to go down this route in part because the "eastern card"--Putin, Raisi, Assad--seems easier to play than the western card of NATO and Washington. Those managing Middle East foreign policy in the Biden administration have paid insufficient attention both to the needs of Turkey and to the catastrophe in Syria. Are the State Department and the National Security Council asleep at the wheel? We are running the risk of losing a key NATO ally, while failing the ultimate moral test posed to us by history by doing so little in the face of mass killings --and this from the administration that promised to put human rights at the center of American foreign policy, as Secretary Blinken promised.

If Erdogan reconciles with Assad, he will own the aftermath, and it is his reputation that will be tarnished indelibly. However, the US has to face up to its own acquiescence in the face of Assad's reign of terror, with significant ethical and reputational consequences. The Syrian Revolution popularized one particular chant that called for Assad's departure, and among the many accusations hurled at the dictator, the text of the song denounces him as an عميل الامركان،, an "agent of the Americans." The claim is hardly plausible: Assad is no American agent. This bizarre assertion reflects however the generic anti-Americanism of the region compounded by a  predisposition to conspiracy theories, the bane of Middle Eastern political culture. Yet the seeming inactivity on the part of the American superpower in the face of enormous crimes against humanity is evidently viewed, incorrectly, as intentional support for the regime. No matter how one accounts for this mistaken perception, it behooves US foreign policy makers to understand how parts of the Syrian movement against the dictatorship imagine that Washington stands with Assad and not with the democratic opposition. US foreign policy should take steps to prove them wrong.