Only market liberalization can improve the lot of underserved populations. 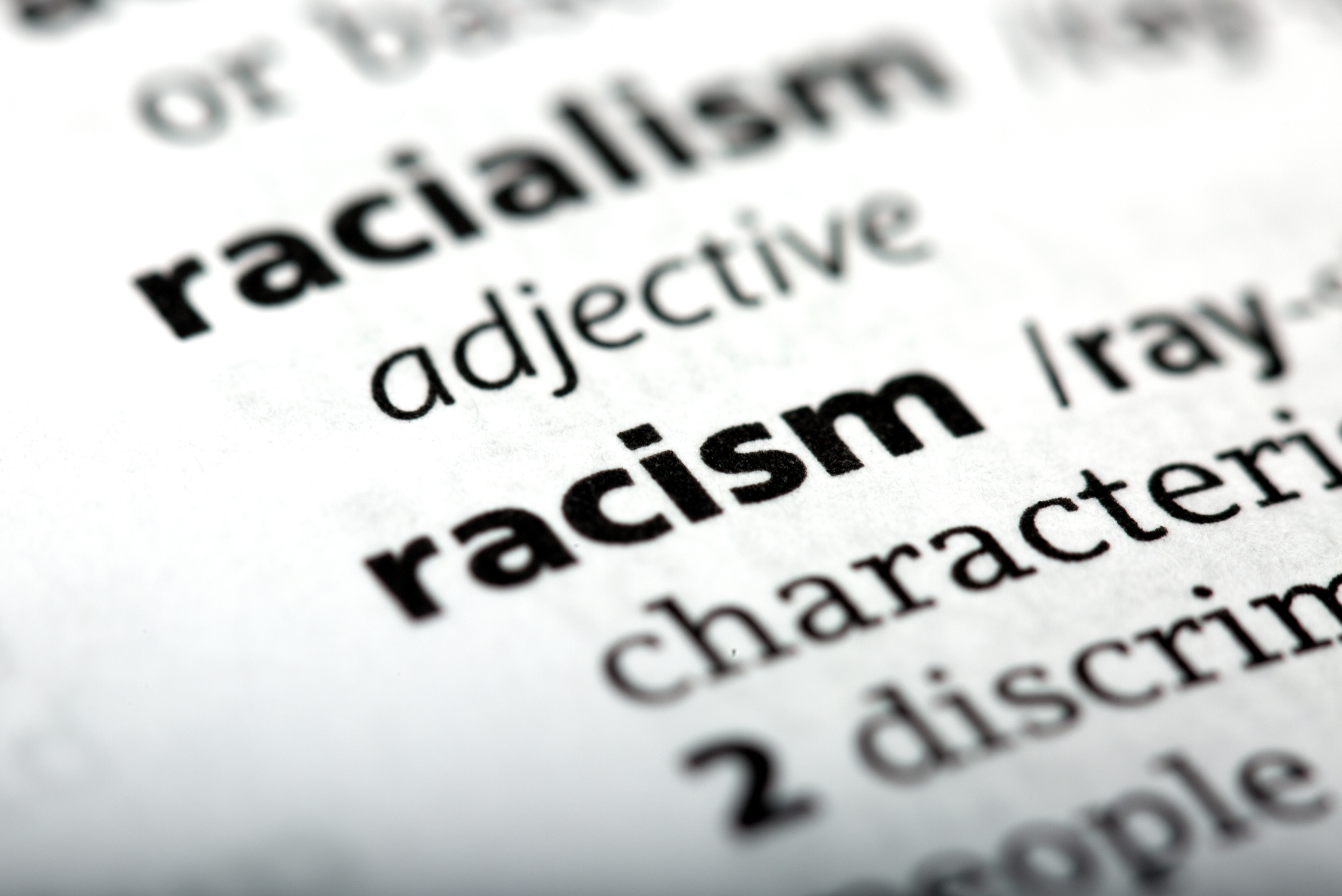 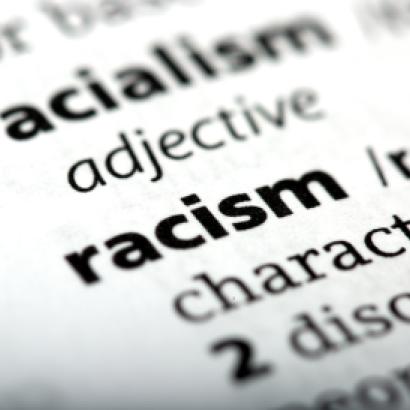 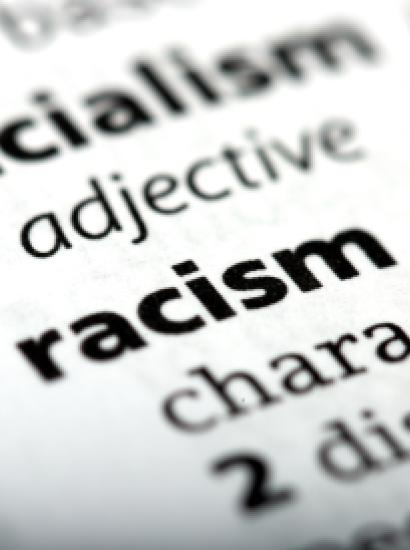 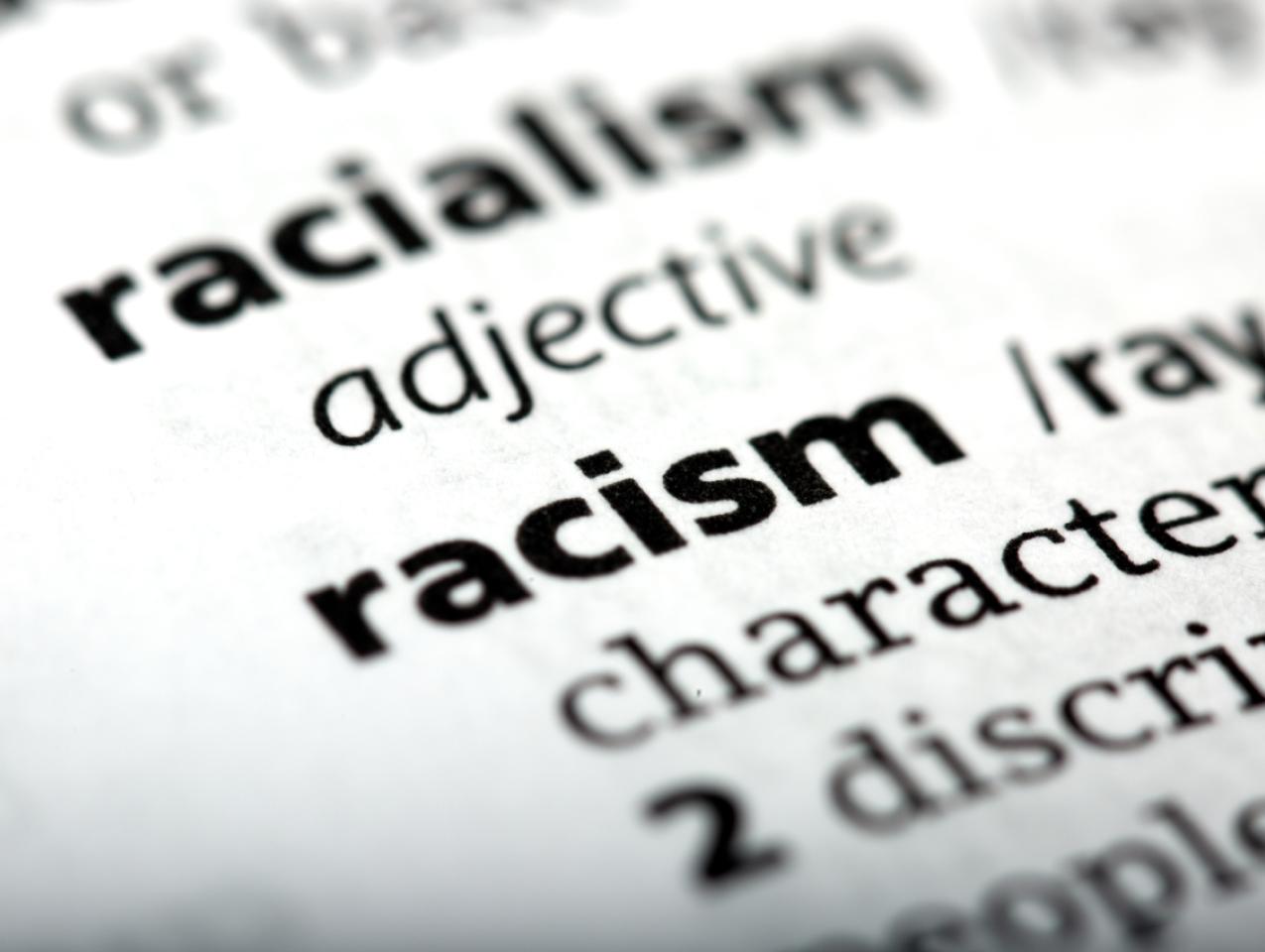 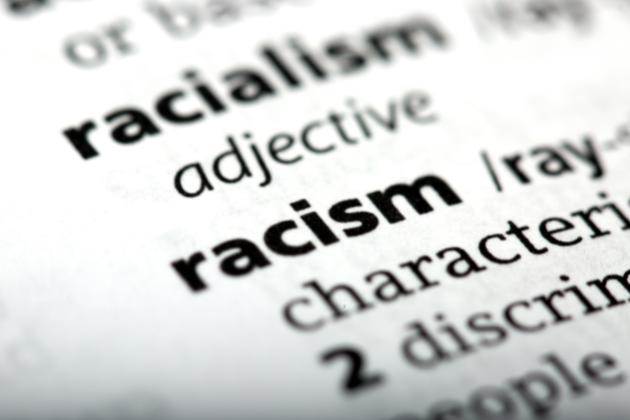 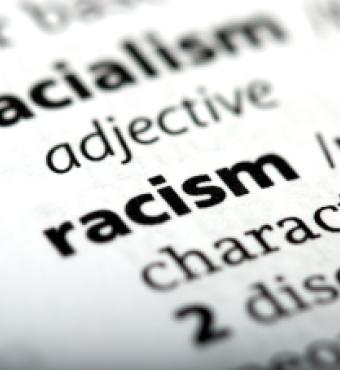 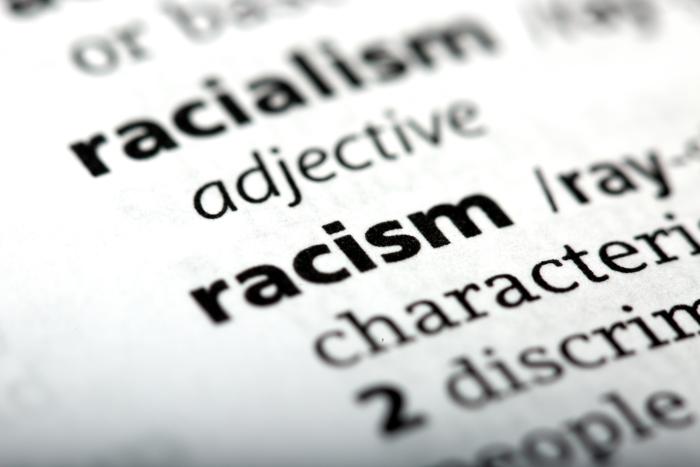 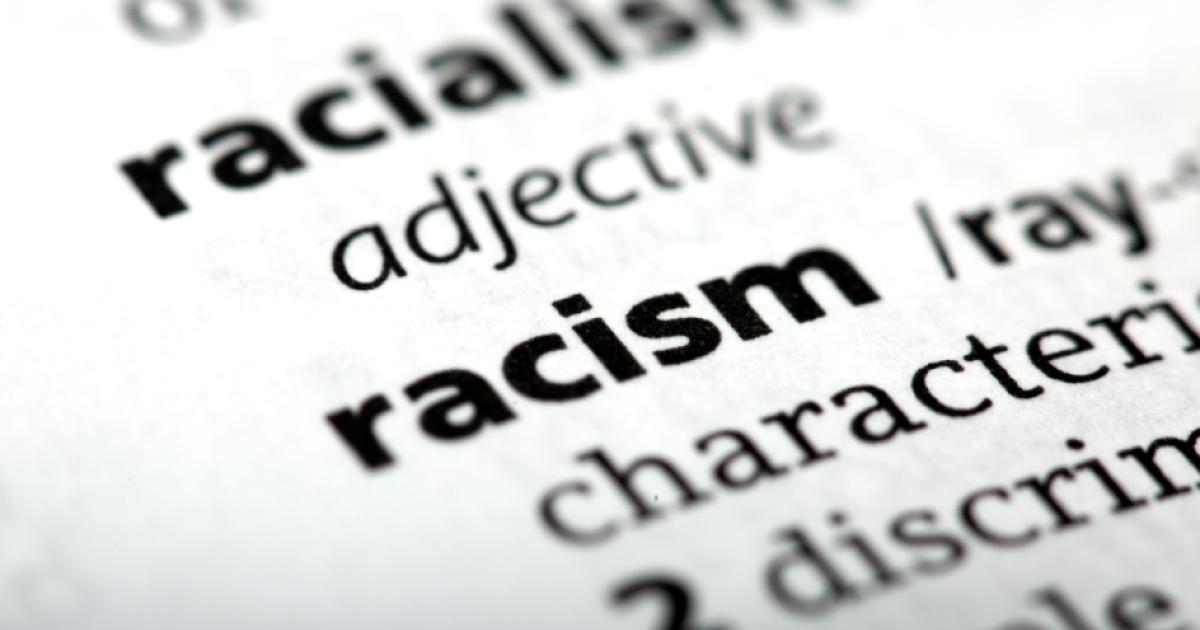 Last month, I testified before the New York State Advisory Committee to the United States Commission on Civil Rights on the vexed question of “Discrimination in Eviction Policies and Enforcement.” Several months before my testimony, the commission issued a report concluding that the United States “is in the middle of an eviction crisis, one in which persons of color are disproportionately impacted and suffer unequal treatment.” The study further held that the racial disparities in eviction that existed pre-COVID have been magnified since the pandemic struck—such that the eviction crisis has an important civil rights dimension.

The economic impact of the pandemic has been exceptionally devastating in New York, in part because of the severe limitations that Governor Andrew Cuomo placed on economic activities under his broad emergency powers. These restrictions directly hamper the ability of tenants to earn money and pay rent, thereby affecting the earnings of landlords, many of whom are part time. The question then arises as to what kinds of remedial activities should be taken in both the short and long term.

To the New York State Advisory Committee, as well as many other commentators, the solution is a moratorium on tenant evictions. The committee believes the current moratorium should be kept in place, perhaps for as long as it takes for the economy to return to normal. This assessment is supported by the common assertion that the disparate impact of evictions on black and other minority populations is evidence of an entrenched form of “structural racism” that requires corrective measures. The disparate impact of the pandemic cannot be denied. But in my view, any claim of structural racism (or worse) cannot be sustained.

In order to see why (1) the disparate rates of eviction by race and (2) charges of racial discrimination are separate propositions, it is necessary to consider first principles. What should be done with any voluntary lease or, indeed any other contract, during a period of great economic or political turmoil, as we are experiencing today? This issue is often addressed in contract law by asking the deceptively simple question of “what changes should be made during these conditions of unanticipated stress”—and the answers are never easy.

In the landlord/tenant context, one could argue that either or both parties are released from the agreement because of the supervening complexities. But that solution could easily leave both parties high and dry, as the tenant will have to find a new place to live, and the landlord will have to find a new tenant. In most instances, it is cheaper and easier for the two parties to enter into an agreement where rent is reduced for the duration of the crisis.

No government regulation can fine-tune these arrangements given the complexities of each particular case. Some tenants may continue to hold jobs that allow them to pay rent. Some landlords may find that the loss of rental income makes it difficult, if not impossible, for them to pay their own obligations on the property, including underlying mortgages and taxes. The rickety structure of overlapping contracts could easily result in the odd situation where the tenants who pay their rent on time are forced to subsidize other tenants who take advantage of state-imposed moratoria.

To try to deal with such unwanted results, legislatures often develop ad hoc fixes to certain problems, only to discover that the solution to one difficulty leads to the creation of another. For example, in December 2020, New York State passed the COVID-19 Emergency Eviction and Foreclosure Prevention Act of 2020, which “prevents residential evictions, foreclosure proceedings, credit discrimination and negative credit reporting related to the COVID-19 pandemic” until May1, 2021.

The new law has the ostensible goal of protecting both homeowners and tenants. But any law that restricts either lenders or landlords will only transfer the economic shock from homeowners and tenants to some innocent third party, without removing the underlying cash shortfall. The anti-eviction rules of the New York State Advisory Committee supposedly make it clear that tenants will have to pay their rent on a deferred basis once the current COVID crisis is over. But the insolvency risk still remains, as does the possibility that astute tenants will simply vacate the premises once the protection ends, leaving landlords with a largely worthless right of suit against the missing tenant.

The long-term effects will only make matters worse. How will New York be able to attract new capital for housing markets if any return on investment can be whisked away at the stroke of a pen? As a general principle, the legislature should not force one side to abandon its contractual rights in order to help the other. As the Supreme Court has recognized, the correct solution does not ask select groups of landlords to bear these costs, but instead requires the state to use general revenues collected from all taxpayers to fund these obligations. Putting these obligations on the books imposes some degree of legislative accountability, which forces public officials to take a hard look at the total economic impact of their policies before entering into such arrangements.

No Evidence of Discrimination

The question then arises: how is the overall situation altered by the fact that minority and poor tenants are evicted at higher rates? In line with other careful studies that have reached the same conclusion, the New York State Advisory Committee treats this disparate impact as the seed of a civil rights crisis. But that conclusion, however often affirmed, does not produce evidence of structural discrimination or systematic racism on the part of landlords. First, the stated rules on eviction apply uniformly to all landlords and tenants, wholly without regard to race. Even though these studies postulate an implicit frame of minority tenants and white landlords, the underlying reality is that black men and women are also landlords and their positions are also compromised by the changes in question. Both state and federal housing law require showing a good deal more than this kind of disparate impact to sustain a viable claim of a civil rights violation, for the same disparate impacts are found in many other areas, including health care and education.

One possible move is to take a leaf from Title VII of the 1964 Civil Rights Act, dealing with employment discrimination, to argue that proof of disparate impact obviates the need to prove disparate treatment. But the issues here are quite different. The leading case on the subject is Griggs v. Duke Power (1971). At issue was whether an employer could require prospective employees to have a high school diploma (or its equivalent) or a successful score on a professionally prepared aptitude test to be hired. The Supreme Court held that the higher failure rate of black applicants was reason to invalidate the test, given that Duke Power did not show any “business necessity” for the use of the assessment. Therefore, broadly predictive tests with disparate impact cannot be used as proxies for job qualifications.

However, in eviction cases, the nonpayment of rent is the ultimate question; landlords aren’t looking at credit scores in deciding whether to evict the tenant. There are no predictions here—typically, only undisputed facts.

In this situation, no landlord of any race who follows the law needs to explain away the disparate default rate. Possible sociological explanations, like black tenants saving at lower rates, are irrelevant to the legal question of discrimination. Indeed, accepting a broad disparate-impact theory turns every social institution into a hotbed of discrimination. The inescapable perception then arises that our nation is awash with racism, which is a disservice to the immense progress made from the tragic past of Jim Crow. Claiming that neutrally applied eviction policies are racist is sure to polarize the nation and create an unduly grim view of American society.

Such claims also lead to unsound recommendations on how to deal with the underlying causes of the housing problem. If you want to find laws with disparate impact, start with rent control laws in New York City that privilege long-term and often upper-middle-class, white tenants over other individuals who are forced to pay higher rents given the limited supply of low-cost housing. Yet, the affordable housing programs meant to address the eviction crisis are nothing more than price and rent controls, which are passed in the vain hope that regulation of market rates will induce firms to build ample housing for the public at a loss.

The regulatory impulse behind these proposals entirely ignores the only change in the legal regime that has a chance of improving the situation of black and minority individuals hurt by the current rules. We urgently need liberalization of zoning and land use restrictions, which will increase the supply of housing and reduce rents for today’s underserved communities.  Herein lies the true civil rights crisis.