Democrats in the House of Representatives come after the digital economy with an unwise, unfocused report. 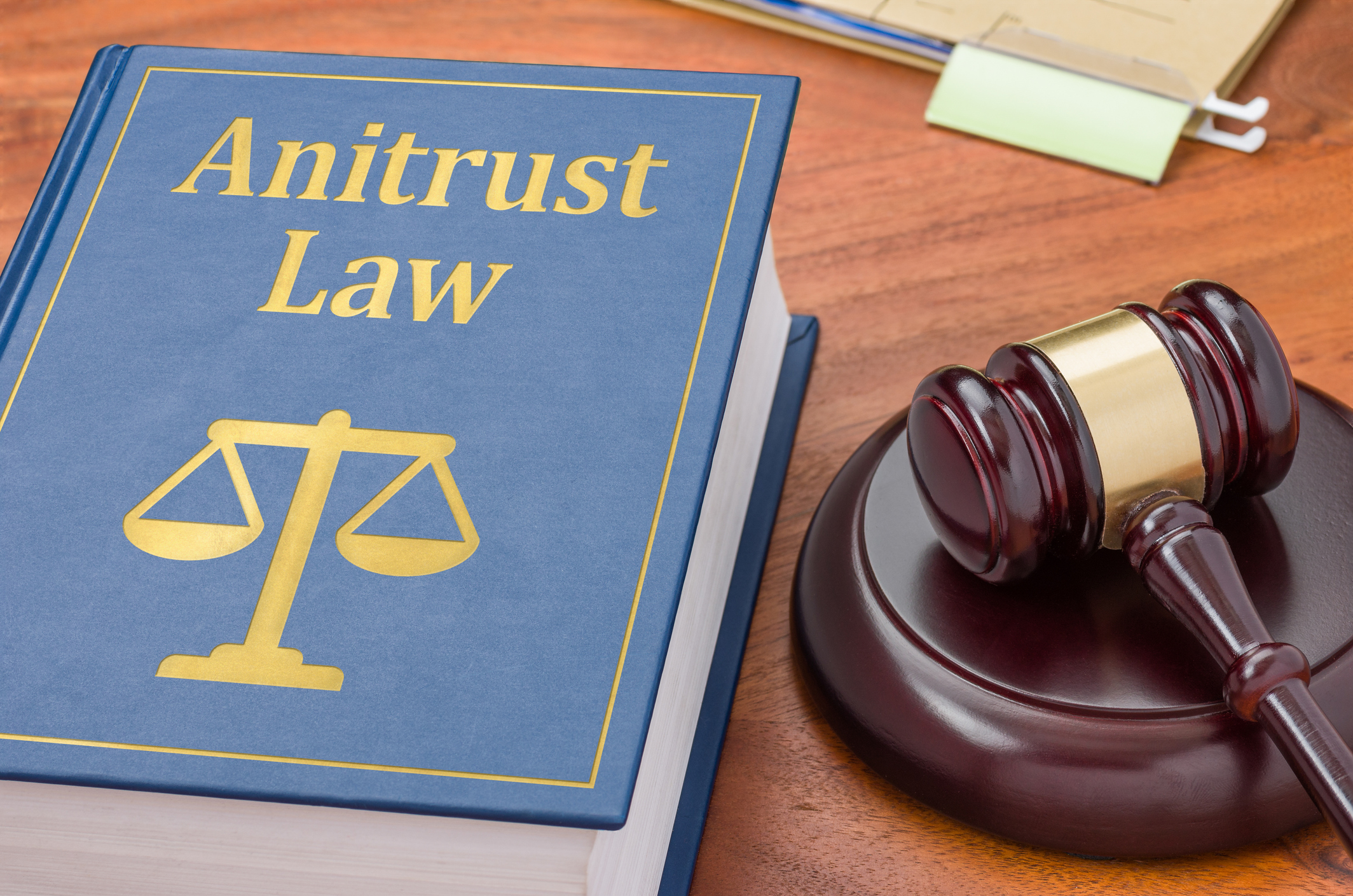 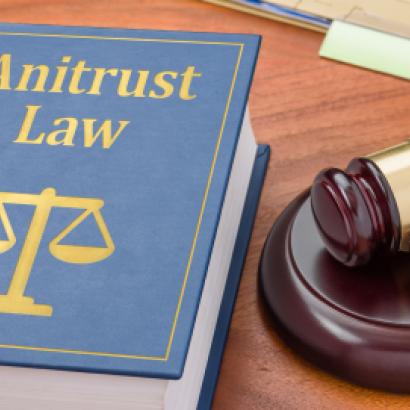 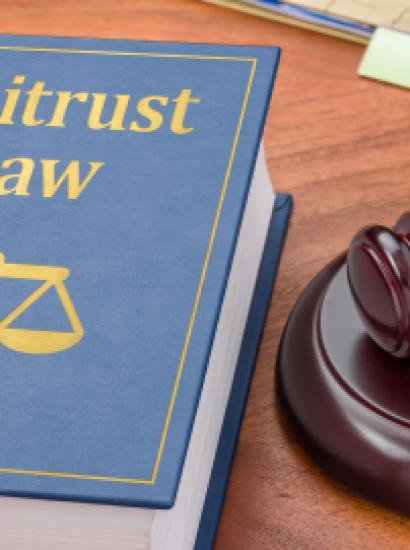 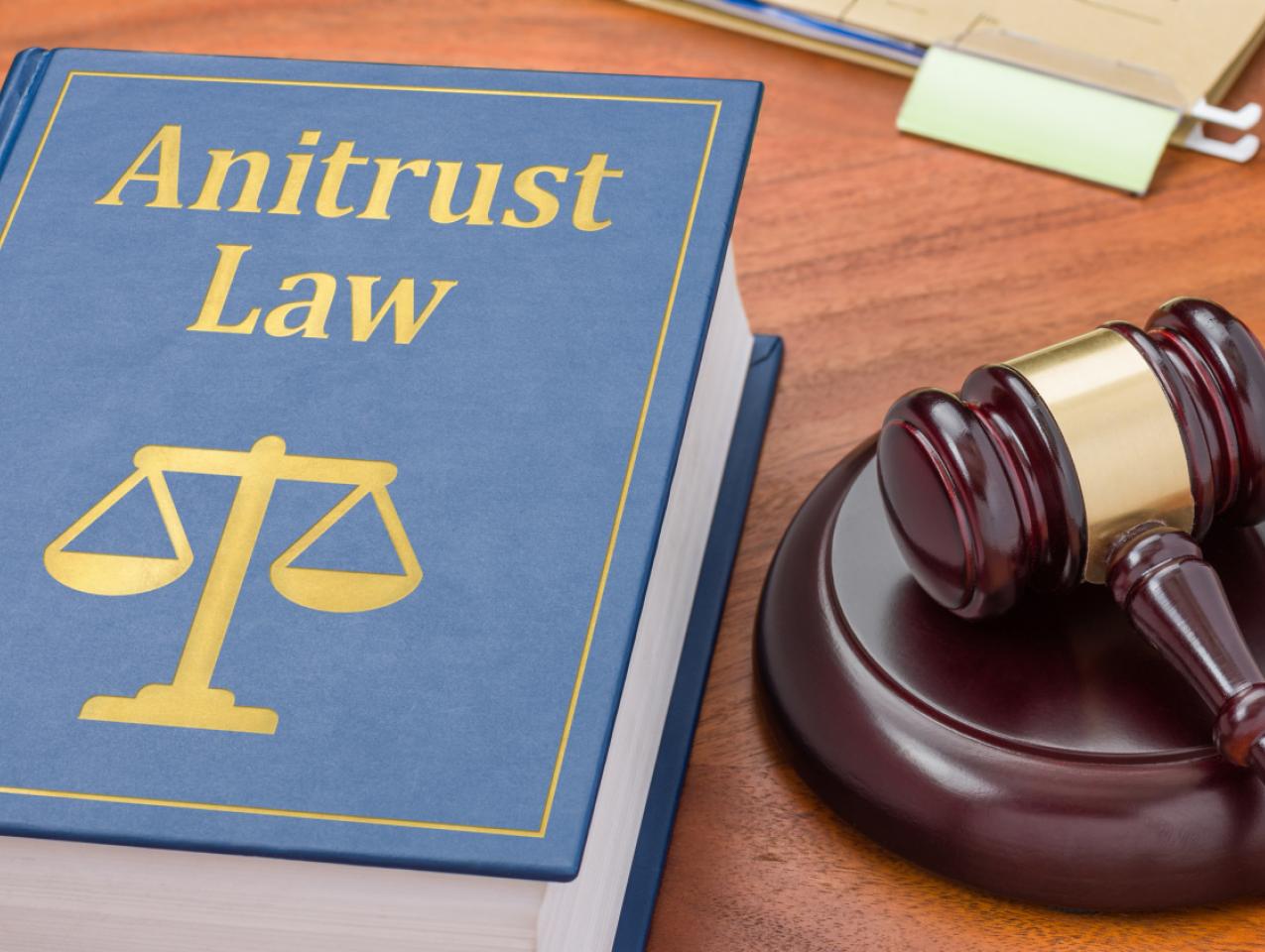 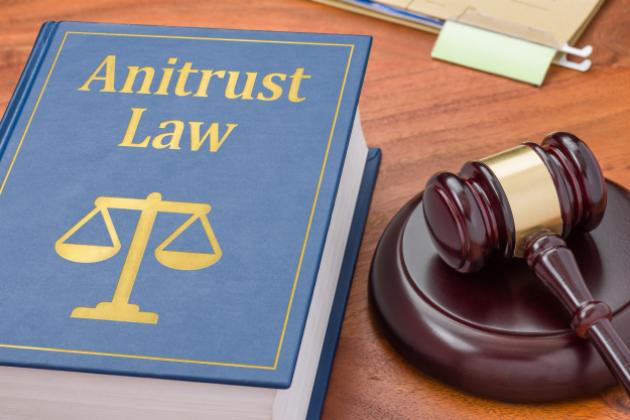 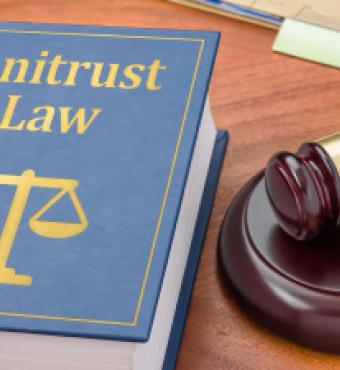 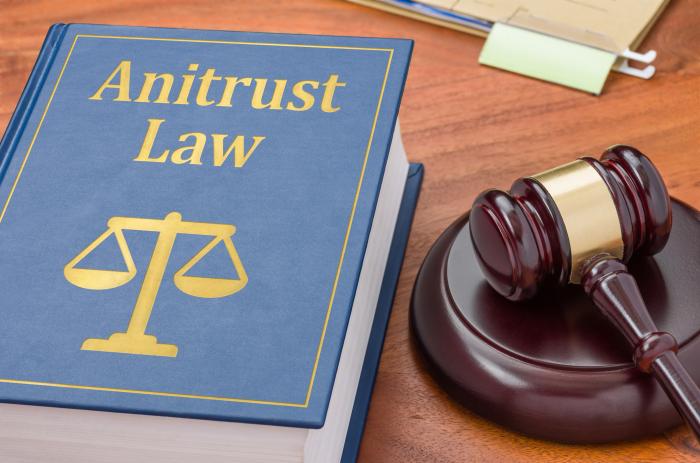 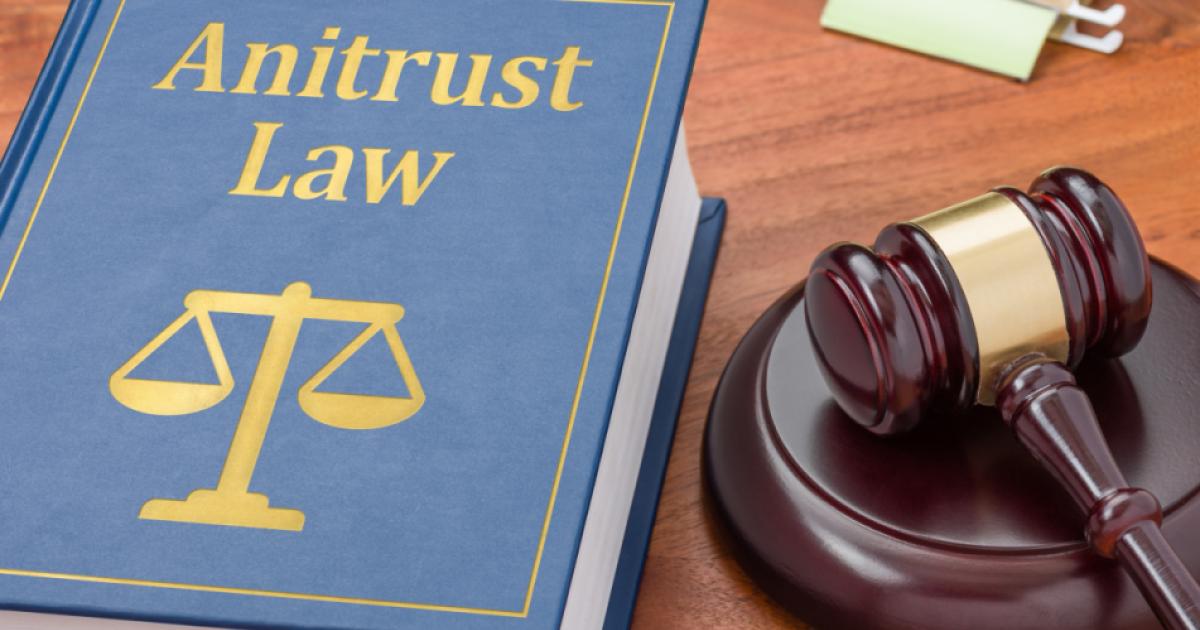 This past week, the Democratic majority in the House of Representatives released an exhaustive report,  Investigation of Competition in Digital Markets, which purports to demonstrate a looming crisis in today’s digital markets, to which the strict application of the antitrust laws is the obvious antidote.

The report attributes a famous remark to Louis Brandeis: “We must make our choice. We may have democracy, or we may have wealth concentrated in the hands of a few, but we cannot have both.” To the Democrats, the combined $5 trillion market value of four major tech companies—Amazon, Apple, Facebook, and Google—offers ample confirmation of the increasing concentration of wealth and power in a few hands. The report believes that these four firms, each in its own way, raise serious antitrust concerns because of their ability to control access to markets, block innovation by smaller rivals, impose onerous conditions on potential customers and rivals, and skew the organization of trade and commerce in ways antithetical to the general welfare.

Although the report does not speak about breaking up these companies, it does offer a long list of questionable recommendations to address current antitrust problems. Those recommendation include limiting the ability of “certain dominant platforms” from operating in “adjacent lines of business,” erecting nondiscrimination requirements in order to prevent various forms of “self-preferencing,” a “presumptive prohibition of mergers and acquisitions by dominant platforms,” and “prohibitions on abuses of superior bargaining power.”

At no point does this report consider, let alone rebut, any arguments against its far-ranging proposals. No short column can respond to each dire prediction and overwrought recommendation. And, to be sure, there are certainly valid ways to regulate digital industries by the traditional antitrust remedies that limit certain kinds of practices, like price fixing and cartels. But the report does not allege that these four firms are guilty of these standard offenses. Instead it seeks to deal with a range of merger issues and vertical practices (i.e., those relationship between a firm and its suppliers or customers) that resist any obvious solution.

A thoughtful analysis shows that the report’s proposals are likely only to make matters worse. For starters, the passages quoted above reveal the soft underbelly of the entire report. First, it is wholly improper to use raw measures of wealth as evidence of an illicit concentration of power. Total assets in the United States have been estimated at close to $270 trillion, offset by liabilities of about $146 trillion. The $5 trillion figure is tiny against that base, and is smaller still given that these four companies operate in distinct, if sometimes overlapping, niches.

In addition, the report is wrong to suggest that these four “giants” so control access to the marketplace that they “can pick winners and losers throughout our economy”—that is, to determine which companies will succeed and fail, apparently without regard to their market contributions. Sorry, but no: the tech venture-capital sector is home to thousands of startups that are part of a highly sophisticated financial market that outperforms any government agency in picking the winners and losers. That reality makes any effort to restrict access of major players to the merger and acquisitions market a serious blunder. To bolster its position, the report cites a recent article by lawyer-economists Scott Hemphill and Tim Wu, “Nascent Competitors,” which defends antitrust “enforcement even where the competitive significance of the nascent competitor is uncertain.” Hemphill and Wu postulate that some of these small buds could blossom into major players that could compete effectively against the established behemoths.

But prohibiting larger firms from acquiring smaller firms hurts not only the big companies but the little ones as well, as these “nascent” firms may explicitly benefit from acquisitions which cash out their innovation efforts. Hence, this prohibition will lead to a decline in startup activity while skewing the competitive balance between the firms that labor under the legal prohibition and their smaller direct competitors.

Nor is there any guarantee that a new startup will become an effective competitor if left to its own devices, as such a conclusion ignores the often critical efficiency gains that financial and technical support can furnish to these acquired firms. Why assume that these acquired striplings would have flourished on their own? Hemphill and Wu “bracket” the question of remedy, which is a luxury not available in the real world. The tech industry depends on rapid movement from planning to implementation, and any costly administrative oversight will delay urgently needed innovations. If a small firm can attract independent VC support to expand or go public it will do so, as did both Google and Facebook, by steering clear of large firm takeover offers that undervalue their true potential.

The report further misunderstands the reach of the antitrust laws when claiming that “the dominant platforms have misappropriated the data of third parties that rely on their platforms, effectively collecting information from customers only to weaponize it against them as rivals.” Data misappropriation is an evident wrong, but not one confined to large firms with monopoly power. Quite the opposite, any firm can misappropriate data that it receives in the ordinary course of business. Accordingly, contracting parties can, and usually do, develop private solutions to limit the misuse of data. Customer lists, for example, can be protected—and strong protocols can prevent employees and outside lawyers and accountants from engaging in insider trading.

Antitrust remedies, including breaking up firms, only complicate these processes. Nor is it likely that the antitrust law can provide a remedy against Facebook’s use of customer data to improve its advertising metrics—customers clearly like access to the Facebook network at zero price, and it is hard to think of any antitrust remedy that can fashion some optimal contract to deal with issues of explicit monopoly extraction.

Next, the report is unduly optimistic that its proposals will prevent dominant firms from imposing “oppressive contractual provisions” on their customers. The report first assumes that superior bargaining power allows dominant firms to make these impositions. Yet interestingly enough, the report does not cite any instances showing how this process works, nor does it discuss the recent Ninth Circuit antitrust case of Federal Trade Commission v. Qualcomm, where claims of contractual abuse were raised against Qualcomm, whose supposed victim was none other than Apple itself.

The Ninth Circuit systematically decimated the FTC’s claims that Qualcomm’s various practices were oppressive, reversing the draconian judgment below against Qualcomm by District Court Judge Lucy Koh. In her opinion, Judge Koh had erroneously concluded that Qualcomm could not limit the sale of its patented chips to persons who agreed to purchase a license to use Qualcomm’s patented technology. At no point did Judge Koh examine the various efficiency rationales for Qualcomm’s scheme before imposing a “permanent, worldwide injunction” that would have forced Qualcomm to renegotiate all of its existing contracts while placing severe limitations on new ones.

The report also fails to grapple with the traditional antitrust “rule of reason” doctrine, which holds that it is necessary to analyze the pluses and minuses of certain kinds of arrangements, such as tie-in contracts (whereby a customer who wants to purchase one product, like a printer, must buy another, like toner) or exclusive dealing (whereby a customer must give all of its business to a single supplier or customer). In ignoring this issue, the report misses the fundamental point that large firms should be allowed to engage in the same practices as their smaller rivals. It’s fair to assume that smaller players in a given industry are likely to price goods and services in an efficient manner. It is dangerous to postulate that these identical practices become abusive once a firm gains monopoly power.

Indeed, the report goes badly amiss by not addressing the well-established rule of United States v. Grinnell (1966) that the antitrust law does not attack monopolies arising from “growth or development as a consequence of a superior product, business acumen, or historical accident,” but only monopolies that are acquired through illegal means. Going after the former reduces the incentives to innovate, while going after the latter provides additional protections against illicit conduct, such as horizontal mergers that limit competition between rivals.

Of course, it is important to take seriously that Google in particular has engaged in “self-preferencing” activities by steering customers to its own products. That issue always arises when a single company (like a telecommunications carrier) sells products on a site that it operates. The rule of nondiscrimination proposed by the report may make good sense in an environment in which these platform operators act as common carriers, who have long been subject to duties to deal with their customers on FRAND (fair, reasonable, and nondiscriminatory) terms. But exactly how does this proposition apply to Amazon, which does not seem to be extracting monopoly rents by selling a vast array of goods and services (including its own) at low prices?

The bigger issue here is not economic aggrandizement, but rather the suppression of information on platforms such as YouTube, Facebook, and Twitter. This creates serious political risks, a situation for which antitrust law does not offer any ideal solution.

The report takes the overconfident view that it can fashion a broad set of remedies for a broad set of abuses. Yet the safer approach is to go after low-hanging fruit with traditional antitrust remedies, to guard against the systematic risk of regulatory overkill implicit in the report’s recommendations.