Do you believe that our capitalist democracy and open markets perfectly enable equality of opportunity and self-agency? 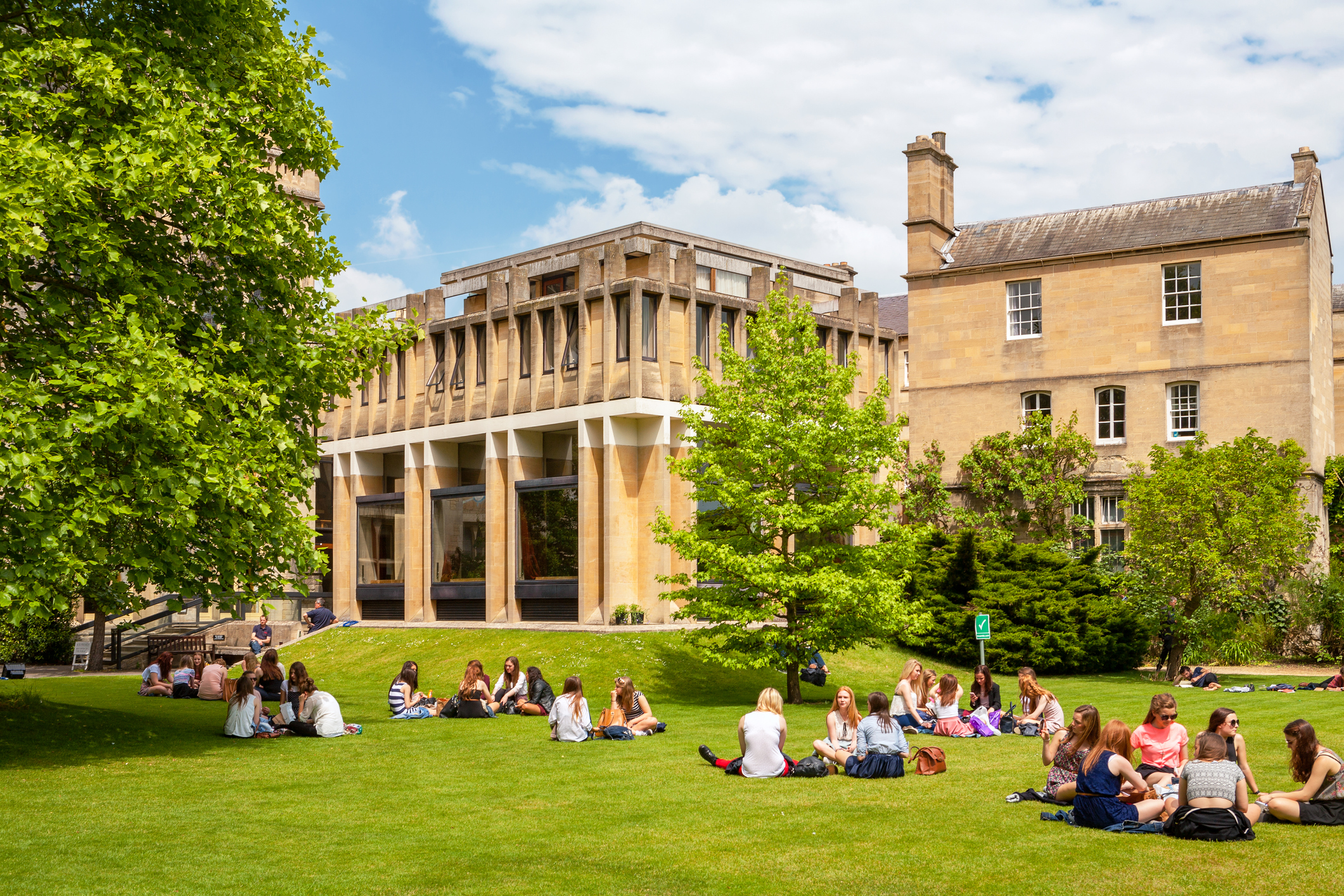 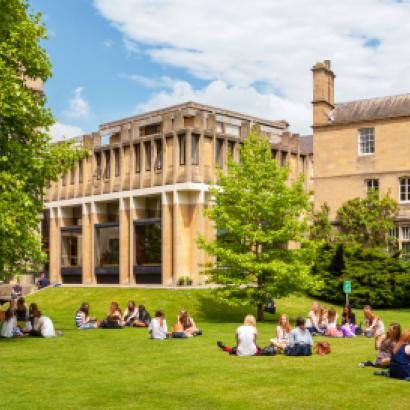 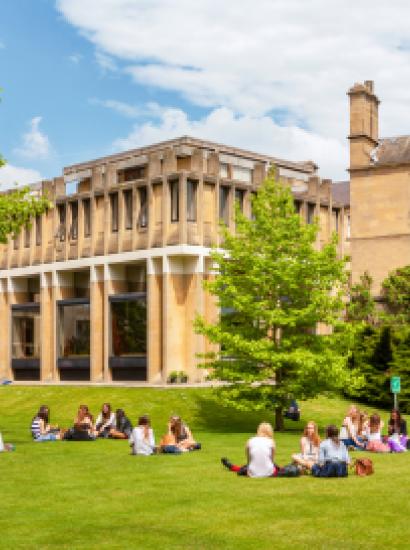 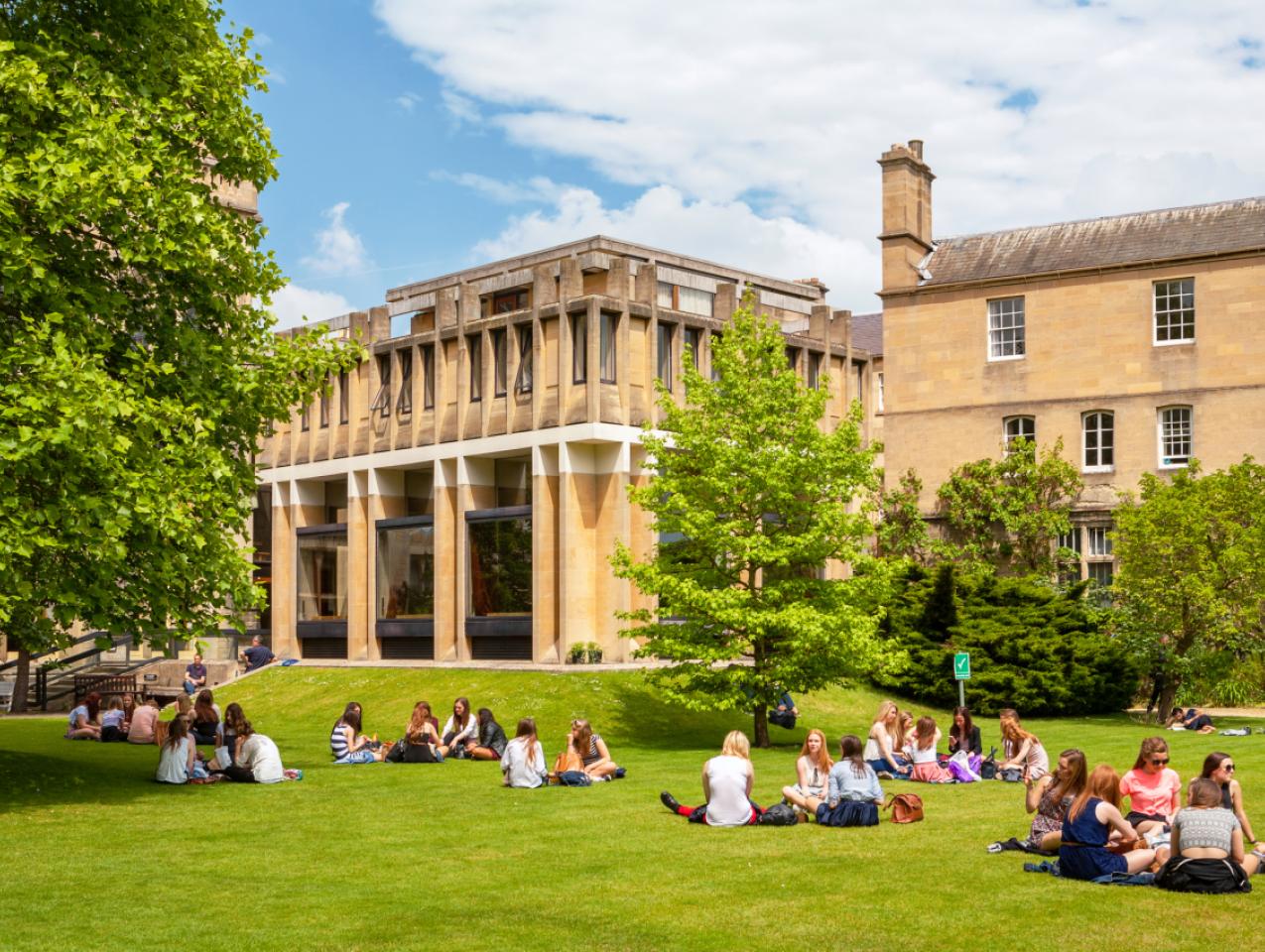 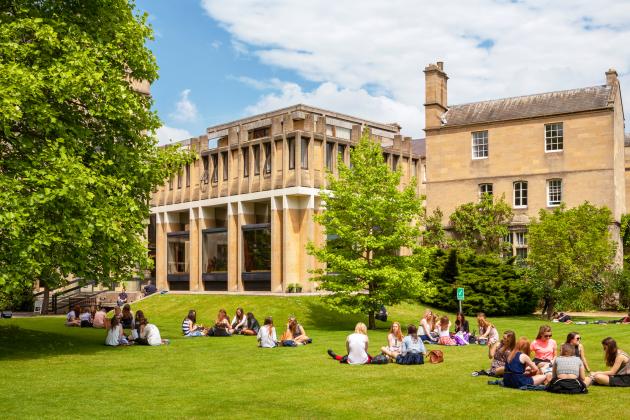 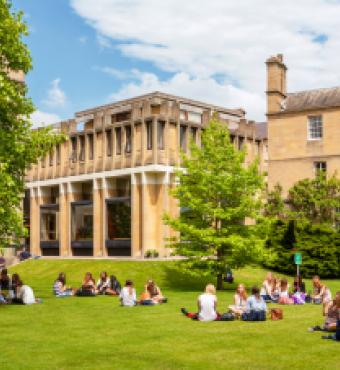 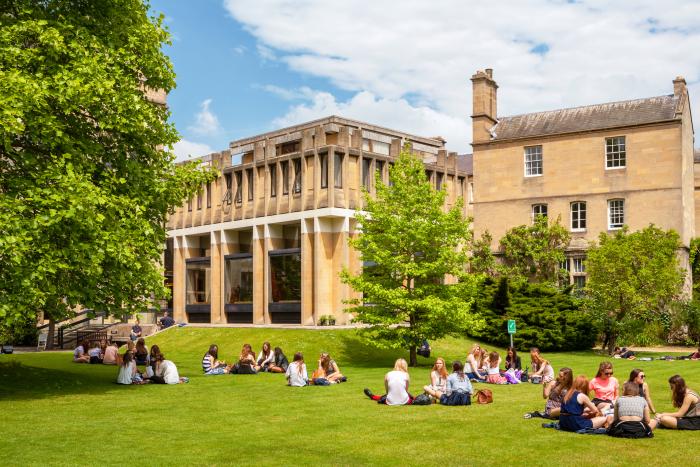 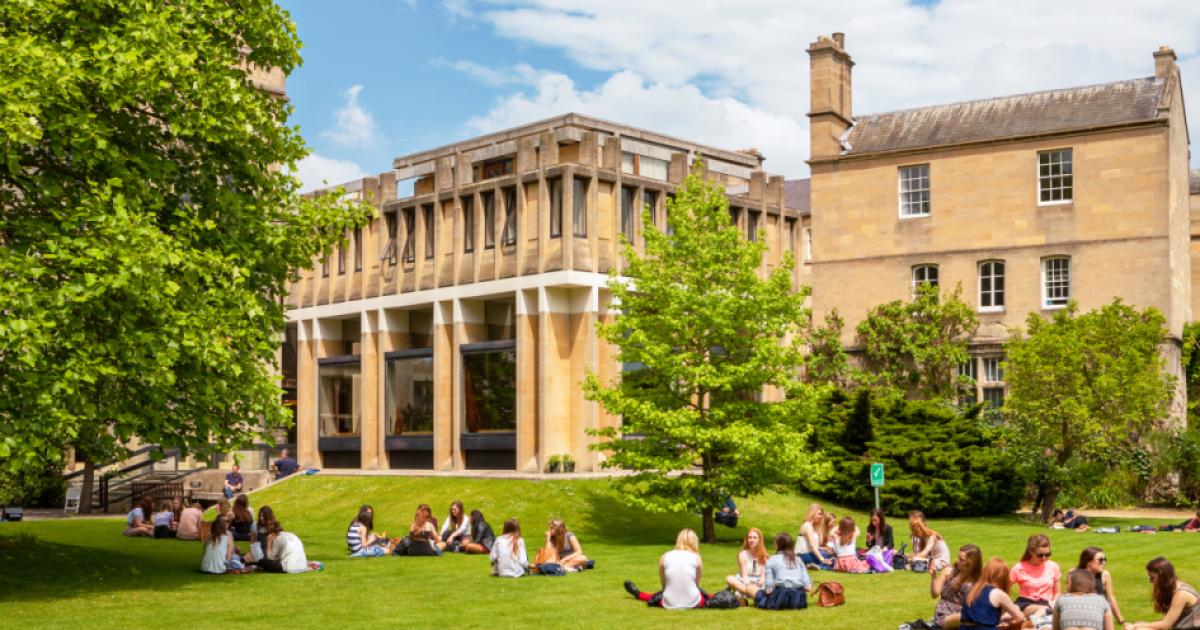 Do you believe that our capitalist democracy and open markets perfectly enable equality of opportunity and self-agency?

Maybe you are worried that the “victimization culture” is seeking to claim free stuff from government.

Possibly you feel that all those poor people should just pull up their bootstraps the way you, or grandpappy, did.

If any of this political red meat is stored in your mental refrigerator, then welcome to 2020, a year certain to be a critical turning point in history when much of America looked in its collective mirror and said, “I don’t really like who is looking back at me.”

Two generations since the civil rights movement and a century and a half since the Civil War, American society and government remain confounded by how to make our merit-based, capitalist democracy fair for all competitors. Unarguably, improving educational options for families who lack a multigenerational heritage rich in educational achievement is the most effective way to permanently level the playing field.

With such clear data in hand, it is simple to conclude that access to higher education is the path to a better life. So, after four centuries of official and nonofficial apartheid in America, the landmark 1978 US Supreme Court decision Regents of the University of California vs. Bakke enshrined the consideration of race in granting college admission as a way to encourage upward social mobility for previously excluded races. Affirmative action was legal.

After less than twenty years of effort, in 1996 California voters approved Proposition 209, which amended the state constitution to prohibit state governmental institutions from considering race, sex, or ethnicity, specifically in the areas of public employment, public contracting, and public education. Affirmative action was not legal.

This November, California voters will have a chance to reconsider their 1996 decision with Proposition 16, which would remove the prohibition of affirmative action that was adopted in 1996.

Regardless of your view on propositions 209 (in 1996) and 16 (in 2020), please consider the visionary leadership of Gov. Pat Brown and the California Legislature, which in 1960 adopted a massively ambitious effort to provide access to postsecondary education for every Californian regardless of race, ethnicity, or gender, and specifically to accommodate students from all walks of California’s economically and racially diverse society. That framework—the California Master Plan for Higher Education—stands as a remarkable and brilliant investment in our future human capital.

CCC’s mission was (and is) threefold:

In theory, just about any high school student could find a way through this system to become a college graduate. Originally, community college students paid no tuition (this changed in 1985) which meant almost no economic, academic, or racial barriers prevented a California high school graduate from attending college.

It was a breathtakingly expansive and comprehensive vision.

For decades now, California has grown, innovated, invested, and built wealth at a rate unprecedented among societies. Did we become the world’s fifth-largest economy because of good weather? Gold, timber, and a fertile Central Valley? Beautiful beaches and mountains? Lots of freeways and aqueducts? Those helped, but I posit that California’s success is due to our human capital in which we have constantly invested before and since the Master Plan’s passage.

Yet, California is also in a precarious position. Social and economic prosperity has been highly unequal between regions and ethnicities. In recent weeks, police brutality has brought this fact exploding to the surface. But this powder keg of inequality has been filled for decades with the subtle and overt, constant racial and economic disparity present since California’s founding.

I first encountered the concept of Two Californias in Dan Walters’ 1986 book The New California: Facing the 21st Century. Walters, a journalist for nearly sixty years, described two divergent social and economic classes in California. One was White and Asian, well-educated, affluent, and employed in professional and technology jobs. The other was Black and Latinx, undereducated, poor, and in service and low-skilled jobs. Almost three decades later we see Walters was prescient.

So what is to be done about the racial and economic divide in California’s economy and society and about the policy pendulum on affirmative action in higher education?

The answer is simple: reinvest in California Community Colleges.

An additional consideration at this time of public calls to reform police tactics is that the California Community Colleges also train 80 percent of our law enforcement officers. Proper training and screening of these cadets is a first step in developing police and sheriff’s deputy forces free of implicit bias and well-prepared to better manage conflict with nonviolent techniques.

I have personal experience with the value of California’s open-access higher education system. As it so happens, I’m a poster child for the successful vision of the 1960 California Master Plan. My father spoke no English when he entered kindergarten. I’m the first generation in my family to attend college. I was fortunate enough to attend San Joaquin Delta College in Stockton, then transfer to the University of California–Berkeley, and later earn an MBA from Harvard. I worked for a top business consulting firm and created renewable energy businesses that built over $1 billion of renewable energy infrastructure in wind, solar, ethanol, and water efficiency.

Plain and simple, my path was not possible without California’s Community Colleges. Unfortunately, too few Californians take advantage of the amazing, affordable, incredible opportunity that is right before them.

Regardless of your familiarity with Bakke or Proposition 209, you might want to attend a rally (they are pretty much everywhere) or do some reading on social and economic disparities in California. Then, after reflecting on the incredibly complex and nuanced situation we are in as a society, go visit your local community college.

What you will find is one of California’s best tools to address our two-tiered society in a scaled, cost-effective, and structural way—an amazing institution that simultaneously holds open a door to affordably access a four-year college degree facilitating the greatest determinant of economic success in America and delivers trade and technical skills that increase earning potential for workers. Plus, it provides the infrastructure and forum for communities to build a sense of civic pride, collaboration, and common cause.

If the California Community College system’s social impact is insufficient motivation for your support, then consider community colleges from a business perspective in our current COVID-19-affected, resource-constrained environment. The COVID-19 pandemic has impacted every part of our economy and society and evidence suggests it will be here for some time. One of COVID-19’s many impacts on higher education is to reduce state tax receipts and simultaneously increase costs for housing and teaching college students. Again, California’s Community Colleges can be part of the solution.

Let’s encourage California college students to live at home and study a year or two at their local community colleges. CCC enrollment tends to increase in times of recession and decrease when the economy is growing. COVID-19 is likely to accelerate this known trend as students consider opting out of traditional college living.

Increasing CCC enrollment would reduce transmission vectors at dormitories and facilitate family-based solutions for health care and child care where possible. From a financial perspective, this would help with public and personal financial difficulties because community college is a relative bargain. On a per-student basis, UC schools are nearly five times more expensive (over $35,000 per student) and CSU schools two-and-a-half times more expensive ($19,100 per student) than teaching a student at a community college ($7,700 per student). Is English 1A or History 101 really going to be that much different at the University of California–Los Angeles vs. Los Angeles City College?

While California’s Community Colleges can’t solve every problem, our policy makers and budget planners would be well advised to consider doubling down on California’s existing investment in our 115 community colleges. This would facilitate common-sense approaches to providing upward social mobility for disadvantaged communities and first-generation college families; targeting public spending on social programs and higher education to maximum long-term effectiveness; and reducing vectors for the spread of COVID-19.

Isn’t that a great version of the California Dream for the 2020s and beyond?

John Pimentel served as California’s higher education adviser to the governor and as California’s deputy secretary for transportation. He develops renewable energy and sustainability projects and currently is a candidate for the San Mateo Community College District Board of Trustees.