By publicly attacking any private firm, the president is abusing his power. 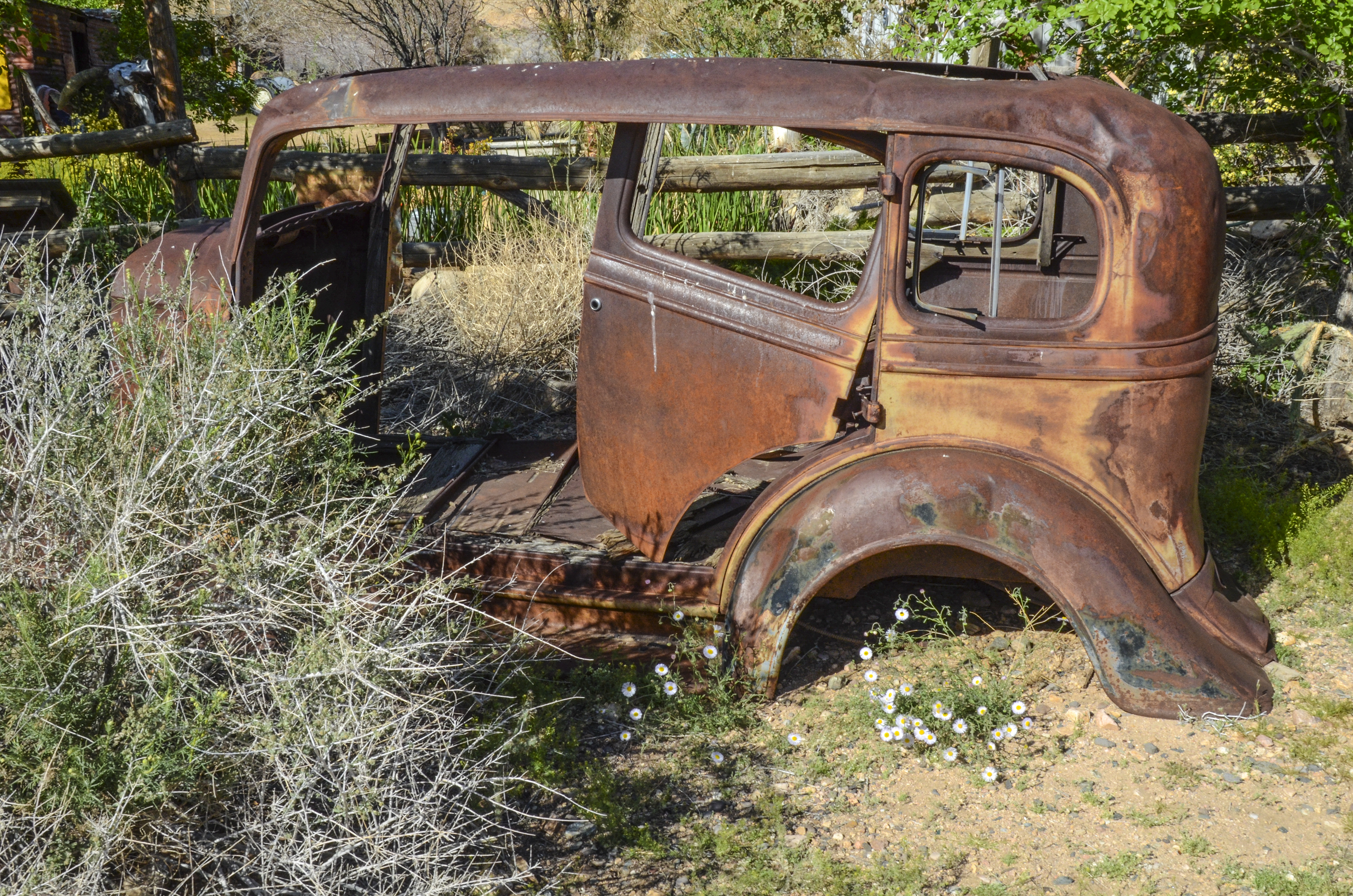 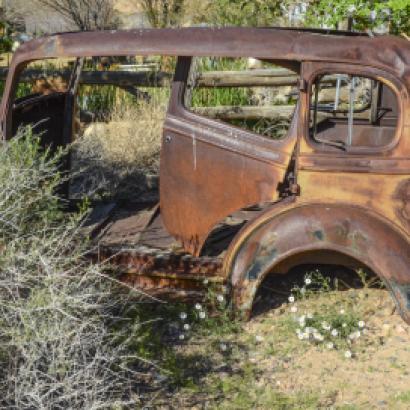 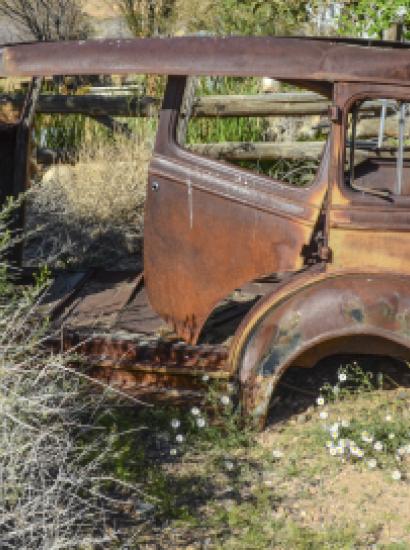 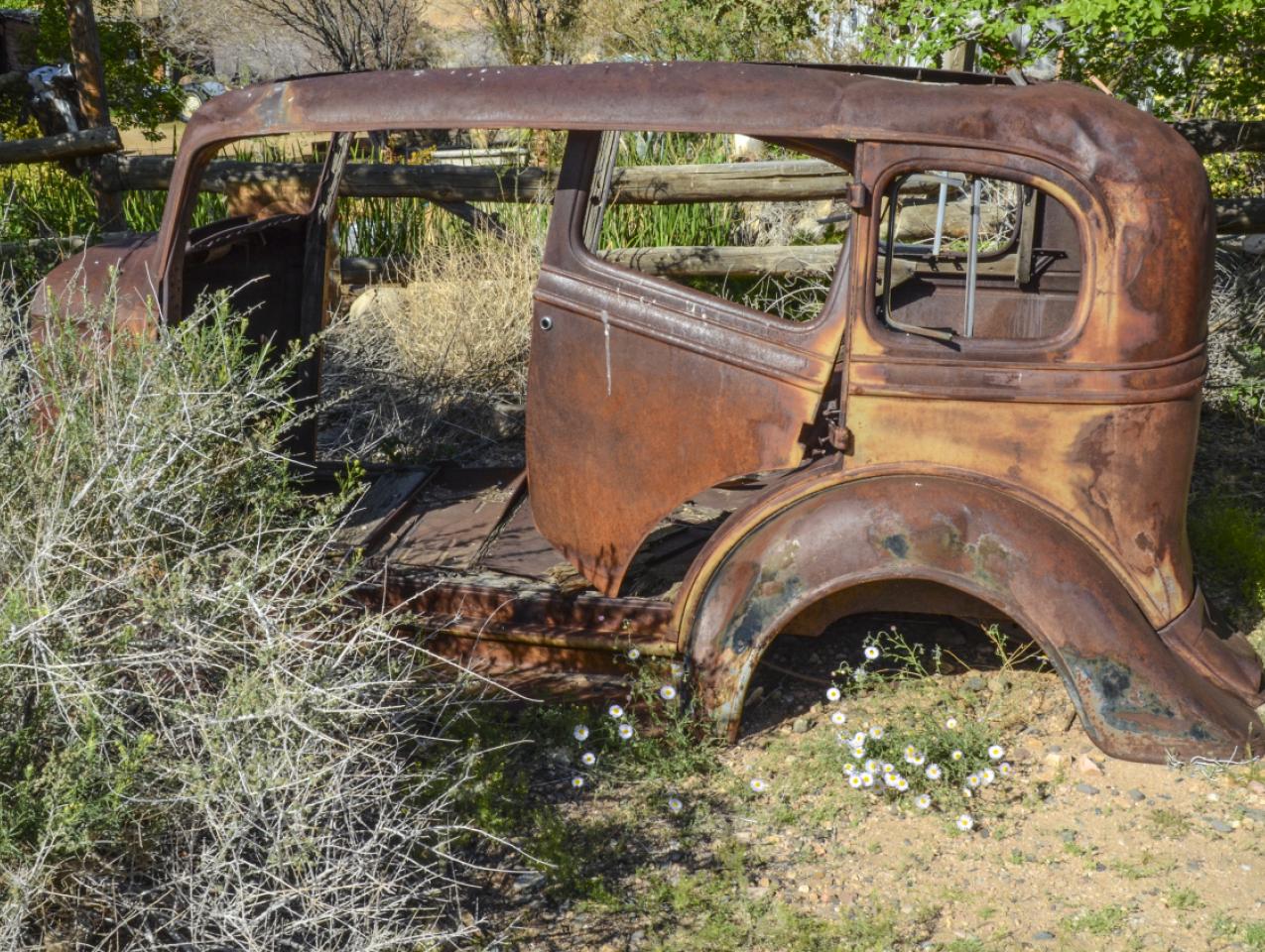 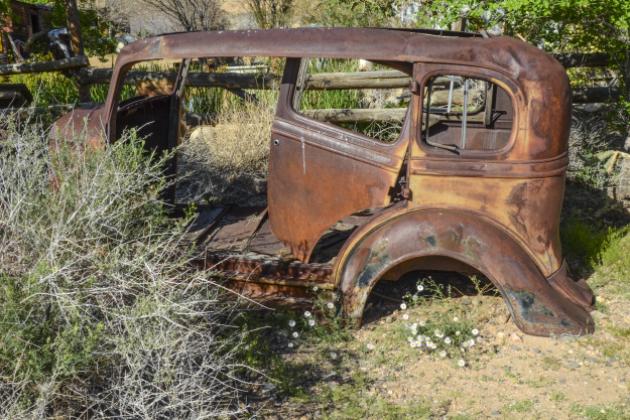 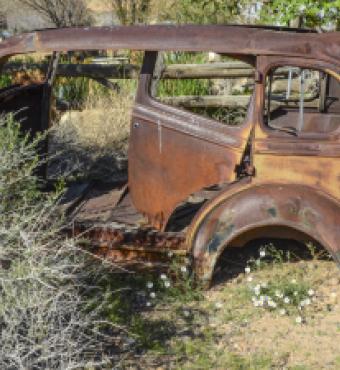 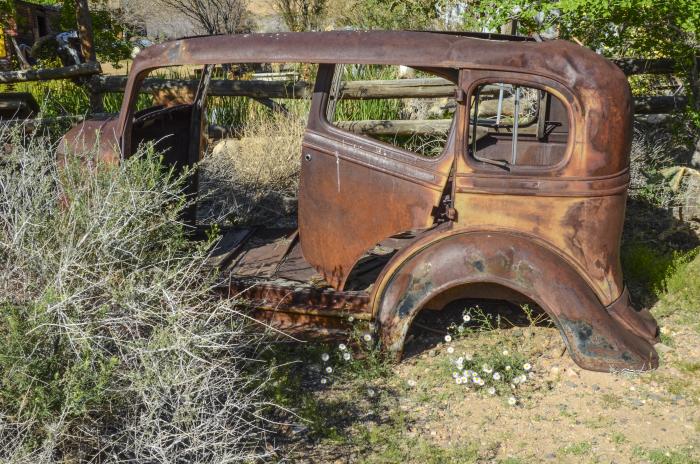 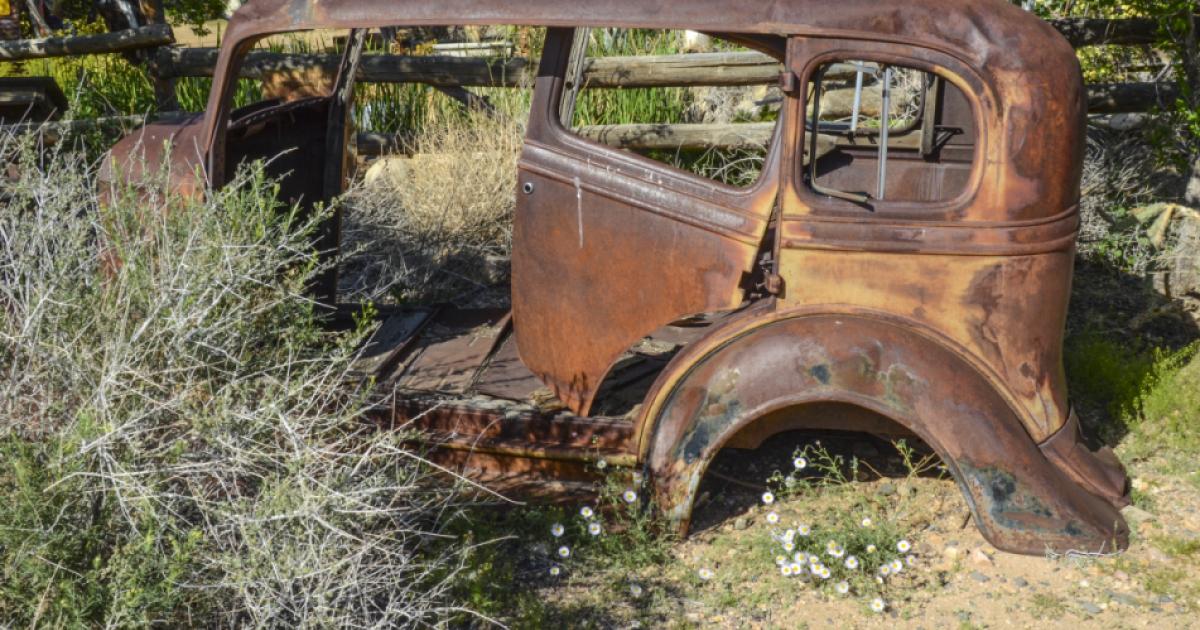 If President Donald J. Trump is to be believed, General Motors CEO Mary Barra committed a high crime when she announced recently that GM will close up to seven plants in the United States and Canada. One of those plants will be its Lordstown, Ohio plant, which now employs about 1,600 workers, including 1,435 hourly workers, when it ceases production in 2019 of the slow-selling Chevrolet Cruze. In total, GM plans to lay off over 14,000 hourly and salaried workers worldwide, including 25% of the company’s salaried executives. Trump had no patience for Barra’s considered view that the rapid transformation in the automotive market requires, as she put it, “a highly agile, resilient and profitable GM to stay in front of changing market conditions and customer preferences to position our company for long-term success.”

Elsewhere, the responses to Barra’s announcement were more or less as expected. The stock market was pleased, as the price of GM shares soared by as much as 7.9 percent.  Market judgments are a solid reflection of the worth of such long-term corporate planning. In contrast, Terry Dittes of the United Auto Worker denounced “this callous decision,” which put “profits before the working families of this country,” a stock union refrain in all collective bargaining negotiations. North of the border, Jerry Dias, the head of the Canadian union, Unifor, promised “one hell of a fight here in Canada” without any clear knowledge of what deal might emerge when GM’s Canadian labor contracts are renegotiated in 2020.

Worst of all, and true to form, President Trump bellowed that GM had “better put something else” in Ohio to replace the lost Lordstown plant. These were not idle words, for Trump made all too clear his intention to use the full power of the presidency to make GM pay for its supposed sins. His thunderous tweet announced that he was “very disappointed” with GM, which the United States had “saved” through an ill-designed 2009 bailout, and said that we “are now looking at cutting all GM subsidies.” In principle, of course, these subsidies should be eliminated for all manufacturers independently of GM’s announcement. Prominent Ohio officials of both parties, including Senators Sherrod Brown, Rob Portman, and Governor John Kasich, chimed in to echo Trump’s criticisms. Sure enough, the price of GM shares adjusted downward in response to this constellation of political threats, none of which should have been made in the first place.

At this point, the only question that is really worth asking is whether everyone in politics has lost their senses. At the most basic level, the president once again shows his utter lack of understanding as to how a market economy does and should work. The first principle is that the government has a restricted role, which is to define property rights and enforce contracts. But when it comes to corporate and social arrangements of private firms, it should not mandate, or even try to influence, those business decisions, especially for short-term political advantage. The first reason for this hands-off policy is that the president, notwithstanding his high political position, does not have a clue as to why and when GM makes its particular decisions. Five minutes of political reflex is not a substitute for thousands of hours of hard work and analysis.

GM is typical of many complex organizations that consist of many interlocking parts often moving in tension with one another. The president may think that it is easy for GM to just cut jobs in Mexico or China before daring to do the same in the United States. But it is highly unlikely that the tasks undertaken by GM are fungible across different plants.  Shutting down profitable facilities is costly. Supply contracts and leases may have to be breached or renegotiated, straining business relationships overseas and creating reputational losses in foreign markets where, after all, many American-made cars are sold. There are likely to be parallel costs in adapting existing, and often aging, facilities in the United States or Canada for their new purposes. Nor do plants stand in splendid isolation. Instead, they are parts of supply chains, usually international in nature, whose work flow can easily be disrupted by relocating any of their constituent parts.

Politically, the multinational nature of modern business always suffers when today’s angry presidential threats can be turned into higher tariffs tomorrow. Sadly, with President Trump, these threats are always credible because he does not understand their huge threat to global prosperity. He falsely boasts that tariffs do much to fill the “coffers” of the American treasury, which makes it appear as if they are the goose that lays the golden egg. On this view, the more tariffs, the better. He then compounds error with the silly claim that companies can avoid tariffs by manufacturing objects in the United States, even if the same products can be built better and cheaper overseas. Thus, he never explains how we will “just make our Country richer than ever before!” even as domestic consumers and suppliers—including those for foreign markets—are forced to pay more for goods that are made more efficiently elsewhere.

Worse still, tariffs induce all too many collateral responses in addition to their dutiful payment. When we impose tariffs on the Chinese, they do the same for our agricultural products, so the lost sales from rotten potatoes have a negative effect on the cash balances payable the United States treasury: money that comes in at one end of the trough spills out at the other. Trade wars are, moreover, difficult to confine to isolated products and limited responses. Merely the interim uncertainty as to whether the United States and China will come together at the last second negates a good deal of the success that comes from making comprehensive trade deals in the first place. Worse still, as matters evolve, other nations will avoid doing business with the United States, which will further reduce those revenues. It is in any case difficult to make a balanced assessment of any policy in angry tweets. Subliminally, Trump has gotten the message, given his welcome recent decision to shelve for ninety days his threat to raise tariffs on Chinese goods to 25 percent.

Nor is the impact of tweets and tariffs confined to the manufacturing of existing products by existing facilities. As Barra noted, the automobile industry is in the midst of a major technological revolution with the advent of driverless cars. Perhaps artificial intelligence in this area is overhyped. But no central authority should decide that question for all firms, when each uses distinctive technologies and business plans. Within a firm, it is often imperative to diversify research approaches in a given area before choosing which line or lines of businesses ultimately to pursue. All of this effort takes nimble management, excess cash, and solid lines of credit. One reason for GM to extricate itself from its failing lines is to free up the resources and flexibility to try multiple new strategies, some of which are bound to fail. And the last thing that we need is a loudmouth president seeking to sink billions of dollars of capital investment into obsolete technologies.

Worse still, presidential bullying is not limited by product line. Today it is GM cars. In August, Trump was for boycotting Harley Davidson motorcycles, whose own business woes were ironically attributable to Trump’s tariff wars. He has already attacked the pharmaceutical industry on drug prices.  Oil and gas could be next. The genius of a market system is that it uses decentralized knowledge to make key decisions on all matters that pertain to product selection and production. In this age of incipient socialism, it is worth recalling that our populist president could find that his successors in office use similar tactics, some of which dovetail with the president’s economic populism, for socialist ends.

Most dangerous in this regard is the endless call for good jobs for all American workers, which from the progressive left could translate guaranteed employment, high minimum wages, compulsory unionization, early retirement, and much more. Such calls  from any quarter are always misconceived. The ideal social objective should never be to create jobs as such. It should be to let businesses create jobs that produce more in social value than the cost of the labor that goes into the job. As the old adage in the garment industry had it, “you don’t make up in volume what you lose on each piece.” Putting government subsidies into the political hopper reduces the likelihood of achieving that objective. Make-work and featherbedding are dangerous first steps down the wrong path. But if one president is allowed to disrupt markets in the international sphere, why can’t the next president do so domestically as well? Sadly, the harmful effects of subsidies and restraints on trade only compound one other. To keep the economy humming, remember that these are the twin evils in labor markets, no matter which president is at the helm.