Why is the President inciting a trade war with China? 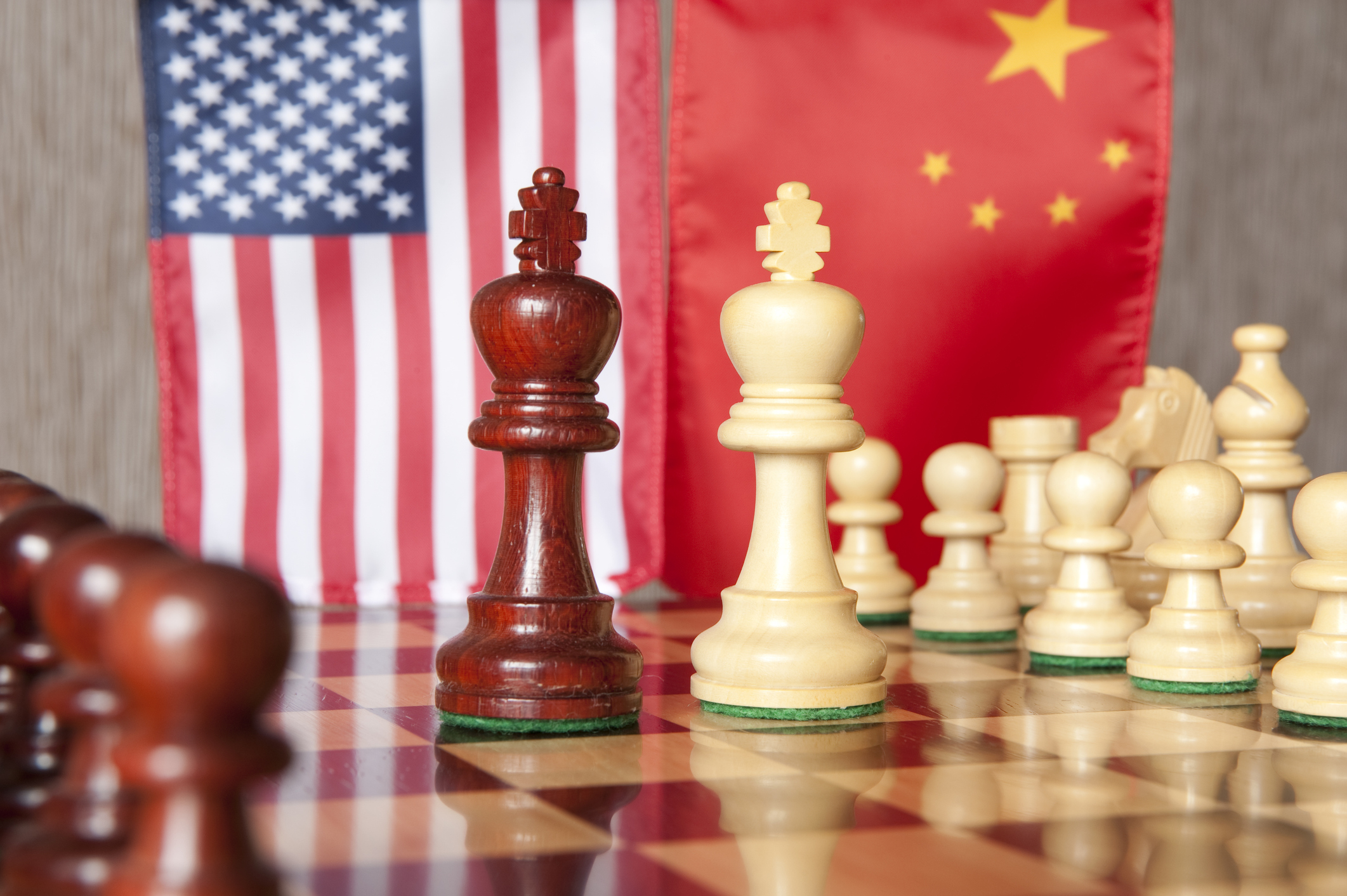 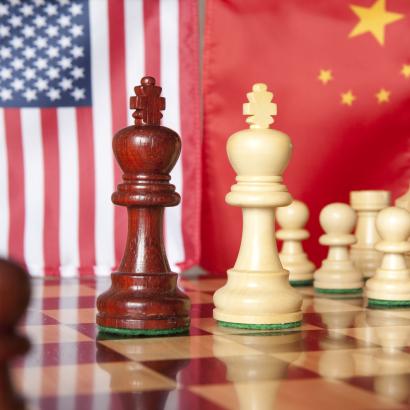 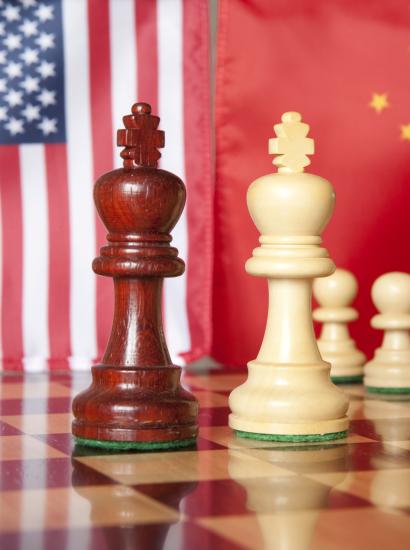 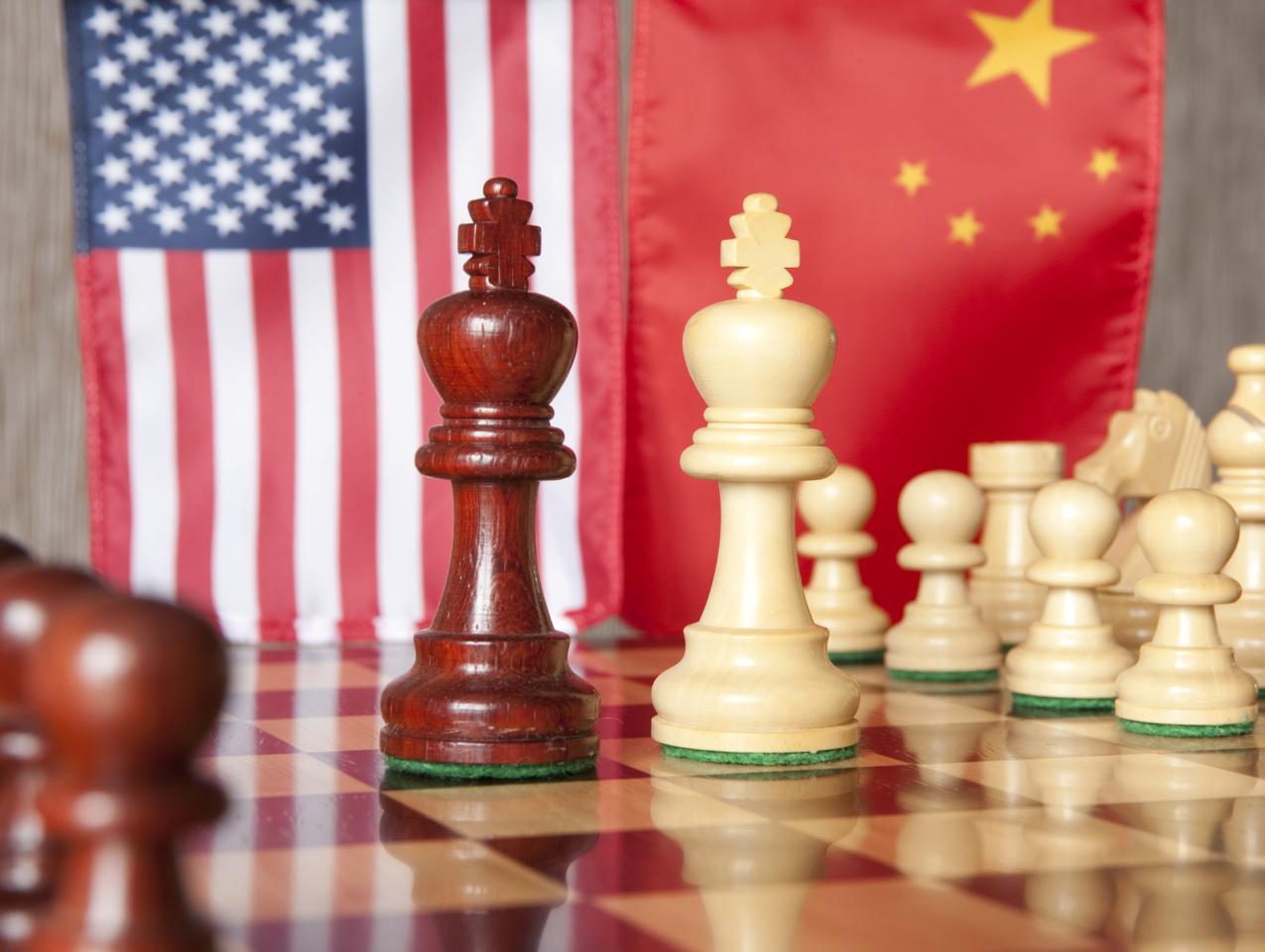 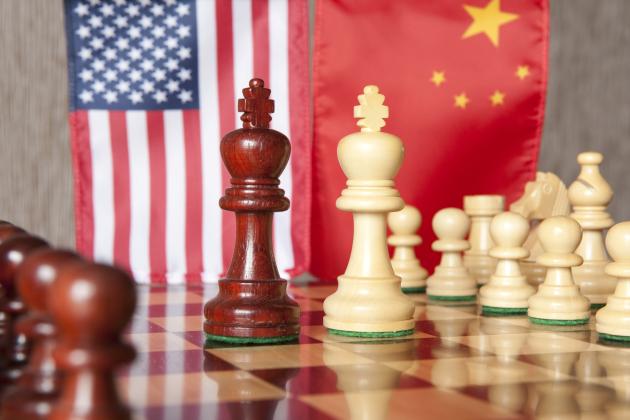 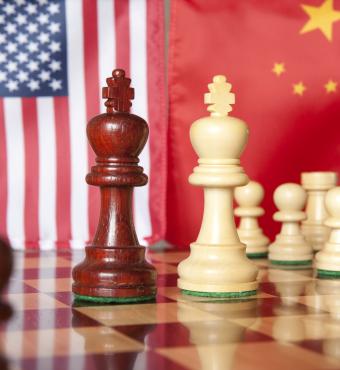 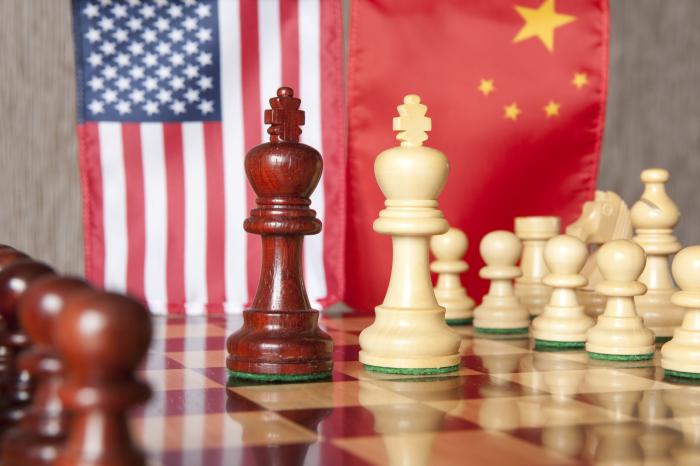 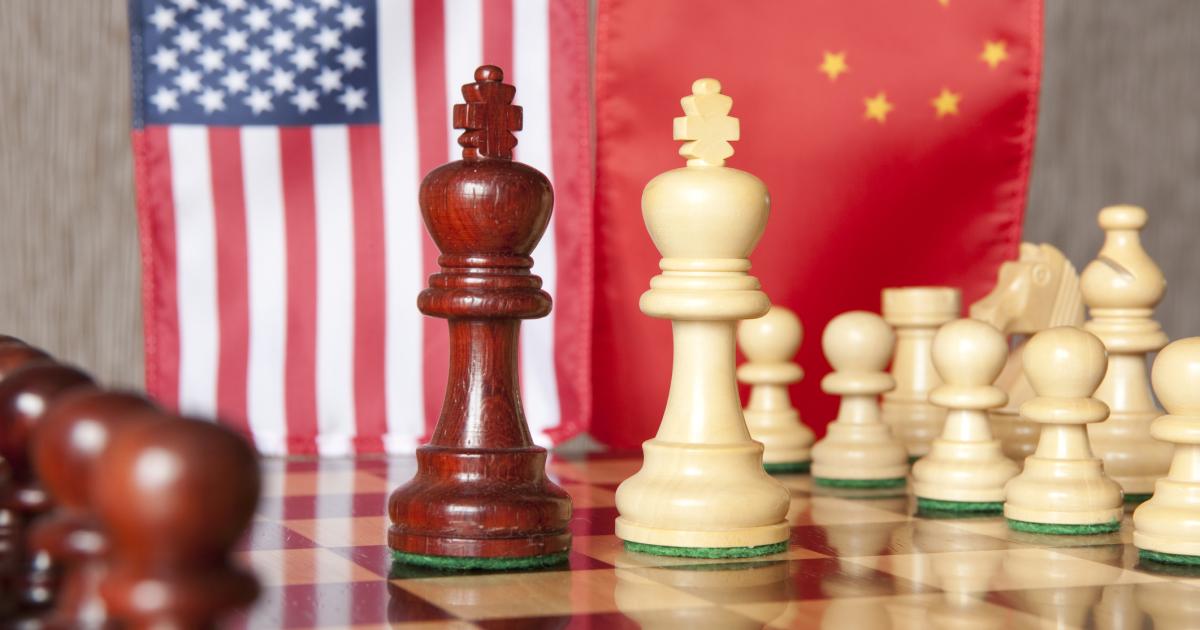 Earlier this month, President Donald Trump tweeted: “When a country (USA) is losing many billions of dollars on trade with virtually every country it does business with, trade wars are good, and easy to win. Example, when we are down $100 billion with a certain country and they get cute, don’t trade anymore-we win big. It’s easy!”

A few weeks later, on March 21, the Dow responded to Trump’s initiation of a trade war with China by falling 724.42 points—or 2.93 percent of its value—followed on Friday by a loss of another 424.69 points. With victories like this, spare us any defeats. Then on Monday, the Dow surged back 669.40 points, on the hopes that the President would back off on a trade war with China.

Something is deeply amiss with the President’s reasoning on trade. Let’s start with the basics to explain why the free trade principle, subject to certain exceptions, has enjoyed worldwide dominance in the post–World War II era. A simple analogy from the private market is instructive. The first principle of ordinary voluntary exchanges in goods and services is that they occur in large numbers because they produce gains to both parties, each of whom surrenders what he values less in exchange for what he values more. The principle can be just as easily expanded into business, labor, insurance, financial, and consumer markets. Whenever some legal barrier to exchange blocks fruitful trades in the absence of negative externalities, both sides lose, because each must now shift to some second-best alternative.

These same bilateral gains drive the whole system of international trade. But all cross-border transactions are subject to disruption by taxation or regulation by at least two interested sovereigns. Only multilateral cooperation can prevent trade barriers from springing up around the world whenever local groups with political clout are threatened by foreign competition.

Trump’s overconfident tweet makes it clear that he does not understand these international dynamics. His initial blunder is saying that a deficit of $100 billion makes it easy to cut off trade. Why should the United States, he asks, play the role of global patsy? But Trump foolishly treats the world-wide network of trade and investment as if it were the single purchase of an enormous good. After all, if you lose money on a given sale, it is a credible threat to refuse to deal again on the same terms with a trading partner who makes a bundle on each exchange. That person will surrender some portion of his gain to preserve the rest, making this quasi-trade war easy to win.

Unfortunately, Trump’s view is the pure embodiment of the fallacy of composition —insisting that a proposition that holds for the part is necessarily true for the larger whole. More concretely, international trade between two (or more) nations is a succession of countless independent deals between parties across national borders. Now, that whole mass has to be broken up into three portions. The first deals with all outbound transactions, i.e., those in which U.S. firms sell overseas. Each of these trades produces gains for both U.S. and foreign firms. The second one concerns the inbound trades where U.S. firms purchase goods and services from abroad. These also yield mutual gains. The third element is the net surplus from any trade imbalance. Hence, the greater the volume of transactions in all directions, the greater the gains for all parties.

Note in this formulation, the aggregate gains are fully preserved, no matter what the ratio between inbound and outbound transactions. Since these transactions are all independent, there is no need for them to balance out by market value. Deficits therefore of no consequence as the surplus to one trading partner does not disappear. Any company that has an excess of sales over purchases may well invest that surplus in the United States. Those transactions also satisfy the mutual gain condition. When Trump truncates this multitude into one humongous transaction, he achieves the rare mathematical feat of turning the sum of three positive numbers into one negative number. His trade war folly creates a world of diminished business activities from which no firm or industry sector is immune. That 4 percent decline in the Dow is a tribute to an inexcusable combination of presidential ignorance and hubris.

This analysis does not imply that free trade is an absolute good. Like the principle of freedom of contract in domestic markets, free trade may be limited when the mutual gain condition is outweighed by other considerations. Three types of situations raise the challenge of whether some negative external factor exceeds the mutual gains between the parties: foreign subsidies, illegal foreign interference, and national security. The broad consensus in favor of free trade does not translate into any academic agreement on these issues.

The national production subsidies for the export trade leads, like all subsidies, to distorted global markets. Subsidized goods are produced in excessive quantities, driving out superior non-subsidized competitors, and imposing domestic deadweight losses by taxing other productive transactions. Economically, our trading partners lose on net from providing subsidies. But it hardly follows that the U.S. should protect our local firms, even from unfair below-cost competition.

The antidumping laws, and the countervailing duties they impose, are a staple of international trade law, routinely backed by competitive firms that do have a legitimate grievance. But this supposed cure is frequently worse than the disease. Domestic firms can claim their foreign competitors are receiving unfair subsidies even when there are none. Proving these claims is frightfully expensive. Even successful claims invite risks of further retaliation that can lead to full-scale trade wars. My own preference is for massive legal simplification by unilateral surrender through the repeal of the capricious antidumping laws, leaving any aggrieved firms to shift their market strategies in response to the peril. But in a second-best world, concentrated industries with claims of economic importance often have political clout to get more favorable treatment.

The claims for relief are much more powerful when foreign nations, like China, interfere with illegal tactics that would never be tolerated in domestic markets: theft of patents and trade secrets, as well as the discriminatory application of the antitrust or labor laws to foil foreign competition. These covert methods are not subject to direct legal suit under international trade law, and can only be remedied by asking the World Trade Organization to impose sanctions, which may come too late to do any good. That said, even though it is devilishly difficult, it is nonetheless necessary—as Phil Gramm and Mike Solon argue—to develop a set of sanctions against this behavior that work.  That still might happen.

Retaliatory tariffs on unrelated goods hurt American manufacturers and customers as much as they do the foreign providers, not to mention the hostile responses they tend to trigger from abroad. Efforts to attack the illicit activities of offending firms may work in some cases, but as a general rule, these too are hard to trace and enforce. The problem creates an open wound, as parties joust to find a limited remedy, when the only sensible response may be for American firms to refrain from doing business in China so as to avoid being ripped off. For some companies, like those engaged in manufacturing or mining, that might work. But for large firms seeking to penetrate consumer markets, there are no close substitutes for 1.4 billion Chinese customers, which is why companies like Apple and Facebook too often succumb to self-censorship.

The final set of issues involves multiple restrictions on international trade in the name of national security. It is thus commonplace for the United States to scrutinize the sale overseas of everything from military equipment to advanced software to be sure that it is not sold to nations who could use it against us. In this instance, effective control is possible, so that elaborate deals are often made as to what kind of equipment can be sold to what parties on what terms involving such critical issues as monitoring, cooperation, resale, and more. This process is expensive but necessary, but when necessary, executive action can move quickly as when Trump recently barred the proposed takeover of Qualcomm by Broadcom on credible national security grounds.

But by the same token, it was a descent into the theater of the absurd to justify the tariffs on the imports of steel and aluminum from friendly nations on national security grounds, when these transactions involve no release of American technology or weaponry, and only serve to inflame our allies, who were then added to the list of ad hoc exemptions when the political heat got too hot.

It is not possible to ignore these necessary exceptions to the general rule of free trade. But with respect to subsidies and unfair trade practices, the most important lesson—don’t overreact—is perhaps the hardest for our man Trump to learn.