Urging More From Our NATO Allies

The United States should never expect to achieve full burden-sharing with the European members of the North Atlantic Treaty Organization (NATO). Even in the most balanced alliances, the most powerful member will pay some premium for ensuring its credibility and effectiveness. The United States can strive plausibly to minimize but not eliminate the massive degree of free riding and strategic incoherence that has become politically untenable and strategically unwise. 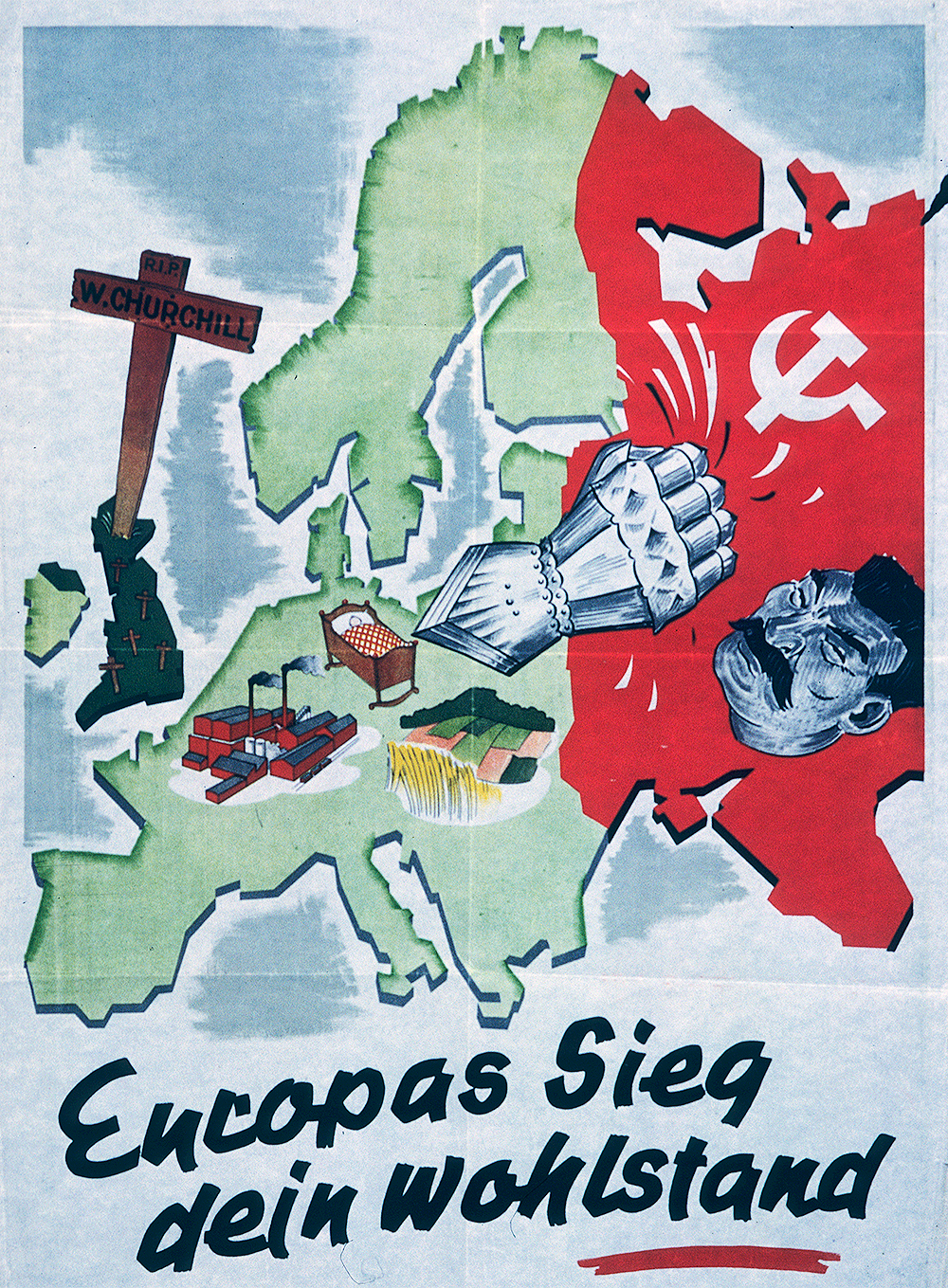 Urging More From Our NATO Allies 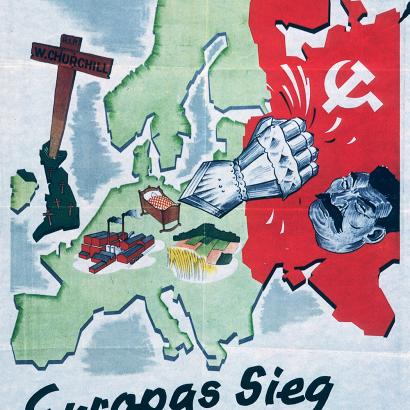 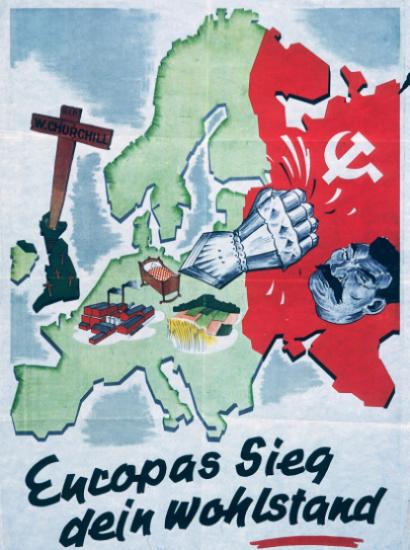 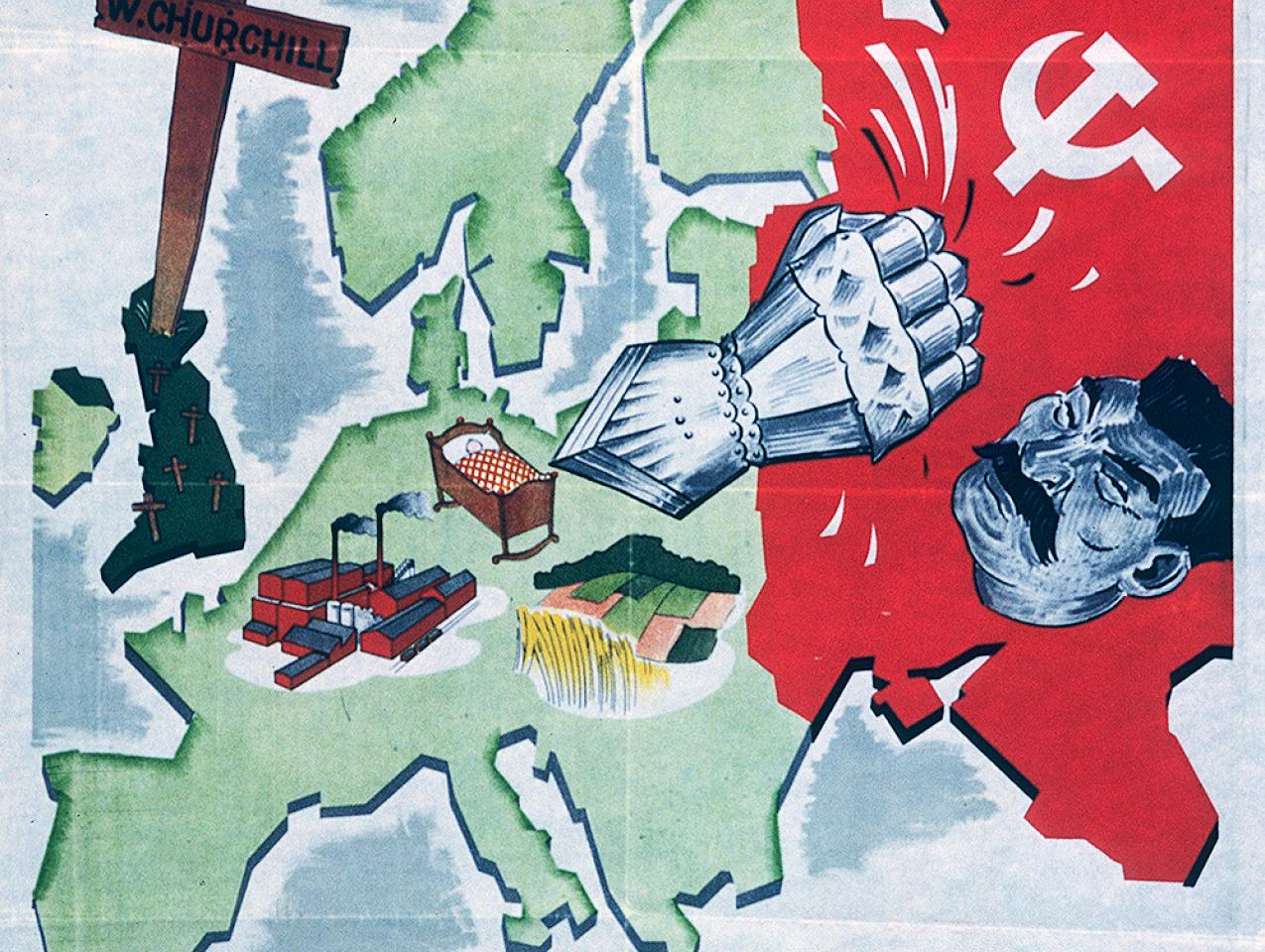 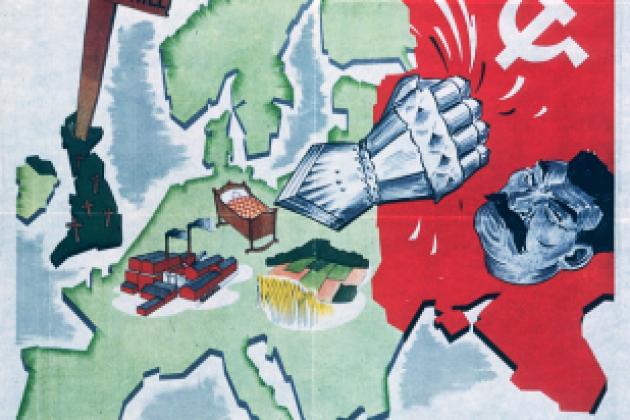 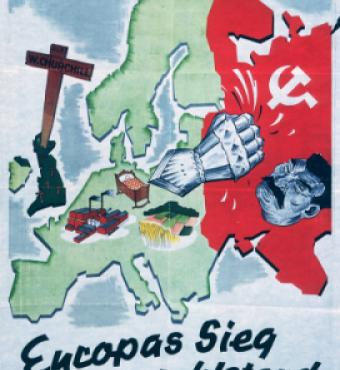 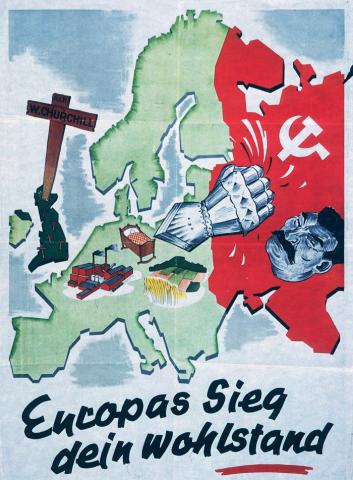 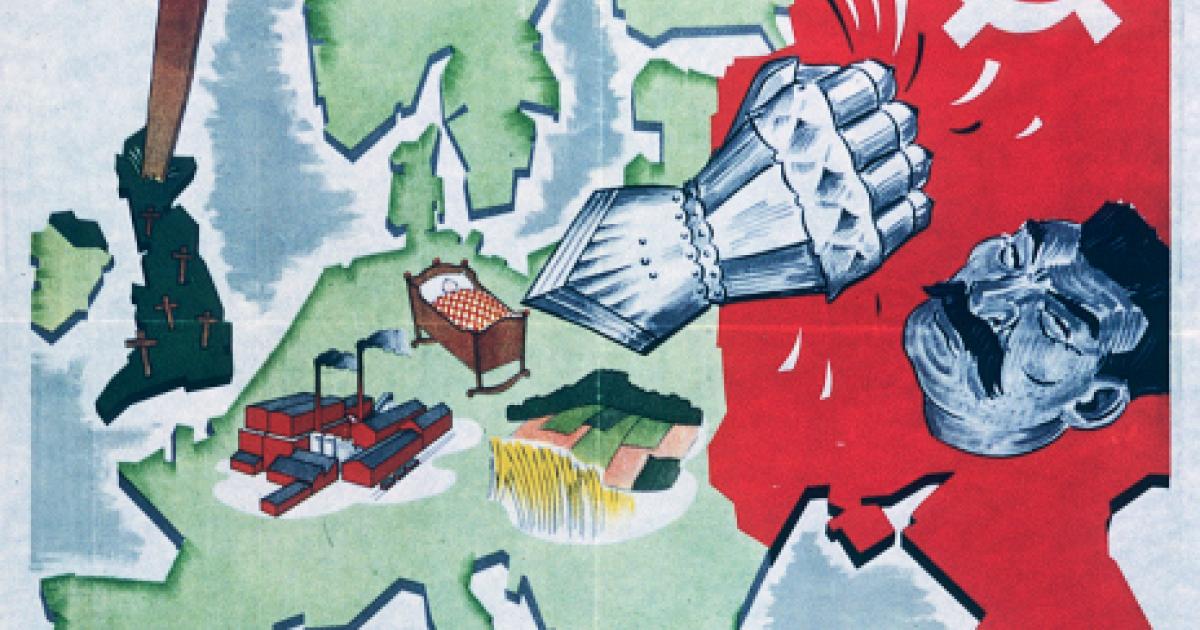 The United States should never expect to achieve full burden-sharing with the European members of the North Atlantic Treaty Organization (NATO). Even in the most balanced alliances, the most powerful member will pay some premium for ensuring its credibility and effectiveness. The United States can strive plausibly to minimize but not eliminate the massive degree of free riding and strategic incoherence that has become politically untenable and strategically unwise. Lord Hastings Lionel Ismay, NATO’s first Secretary General, described NATO’s purpose as keeping the Russians out, the Americans in, and the German’s down. That remains no less true today, with emendations. A muscular American presence in Europe offers the best practicable option for keeping Putin’s authoritarian, expansionist Russia at bay, Germany firmly anchored in the democratic West, and Central Europe democratic and free from the ravages of Russian imperialism.

Credit the Trump Administration for recognizing that NATO’s vitality depends on fundamental reform, including less inequitable burden sharing. Otherwise, the American public will not continue to support the alliance. On the one hand, the Administration’s 2018 National Security Strategy deems vital “a strong and free Europe, bound by shared principles of democracy, national sovereignty, and a commitment to Article 5 of the North Atlantic Treaty” in order to “deter Russian adventurism, deter terrorists who seek to murder innocents, and address the arc of instability on NATO’s periphery.”1 On the other hand, the Administration insists, “NATO must adapt to remain relevant and fit for our times—in purpose, capability, and responsive decision-making. We expect European allies to fulfill their commitments to increase defense and modernization spending to bolster the alliance in the face of our shared security concerns.”2 The Trump Administration’s carrot and stick policy of bolstering American military capabilities, the President hectoring NATO allies to do more, while reiterating the importance of the alliance has yielded provisional success.

The combination of President Trump’s relentless warnings that NATO must start paying its own bills, Russia’s military buildup, and Putin’s naked imperial ambition on display in Ukraine has roused an increasing number of members to do more though not enough. The number of NATO members on track to meet the 2 percent goal established at the 2014 summit in Wales has jumped from 5 to 15. Even some of the President’s sternest critics—the New York Times and Washington Post editorial pages, for example—concede the substance if not the style of President Trump’s case.3 In 2017, the United States provided nearly three-quarters of NATO’s defense spending, while spending 3.6 percent of its GDP on defense.4

Credit President Trump likewise for calling out Germany—the wealthiest European member of NATO—for its dereliction. Since the 1990s, German defense spending has declined steeply, falling to 1.2 percent of the GDP in 2017. German military capabilities have atrophied as a result. Worse, Germany continues to lack a coherent grand strategy, with German statesmen marinating in the illusion that United Nations or some version of a European Army under the auspices of the European Union can substitute for NATO’s hard military capabilities.5

Yet the limits to burden sharing and the threats to the vitality of the alliance loom large despite the Trump Administration’s substantial provisional progress. As Raphael S. Cohen and Gabriel M. Scheinmann observe, “most European militaries” languish in “a pitiful state of decline” that will take time and sustained effort to reverse.6

That holds especially true for Germany. Although the Merkel government pledged to spend 1.5 percent on Defense in 2018—the first increase in decades—that amount falls considerably short of what is necessary to redress the wide and deep deficiencies in Germany’s armed forces. Even with the Russian military modernizing considerably and with Putin’s serial provocations, the legacy of World War II still operates as a powerful constraint on Germany fulfilling even its minimal responsibilities to field a military more commensurate with its economic clout. Witness the fierce opposition that even a defense increase to 1.5 percent has trigged in a conflict-averse German electorate prone to the fallacy of moral equivalence, or worse, between the United States and its enemies. Nor is the inadequate defense spending the only serious problem Germany poses for the alliance. Critics, including President Trump and all the Eastern European members of NATO, rightly accuse Germany of naively and selfishly undermining NATO in its decision to proceed with the pending 800-mile pipeline under the Baltic Sea, known as the Nord Stream 2. The consummation of Nord Stream 2 will increase Germany’s already dangerous dependence on Russian energy, enervating Germany’s already wobbly political will to resist Putin’s ambitions.

Nor, despite NATO having a collective GDP of 18 trillion—not far below the U.S. GDP of 20 trillion—will the French President Macron’s revival of Charles De Gaulle’s bad idea of a European Army ever come to pass. Even if the EU muddles through the endemic crises menacing to its very existence (e.g., economic stagnation, demographic decline, rising unassimilated Islamic populations in many EU democracies, high taxes, mounting debt, and the fiscal unsustainability of Western European social democracy), these crises will conspire to thwart the EU much less NATO from adequately substituting a collective E.U. military for American military power and the will to use it. Even the chimera of a European Army will strike a blow to the alliance by diverting attention and resources away from where it belongs—augmenting NATO’s capabilities while adapting NATO’s strategies to meet contemporary and evolving challenges. Nor, for solid historical reasons, would the Eastern European members of NATO trust a European Army to substitute for an American-led NATO alliance. Since 1914, Europe has failed dismally to balance against hegemonic threats minus the United States. What shred of credible evidence exists that European states will do any better left to their own devices at deterring Putin or defeating radical Islamists in their midst or on their periphery?

So the United States will have to settle for mitigating rather than eliminating the asymmetries in the alliance. The survival of NATO on these terms is well worth the bearable cost, especially compared with the less prudent alternatives: pressing our discontent to the point of breaking the alliance; or investing hopes in a phantom European Army or hapless United Nations. As a caveat, Josef Joffe observed sagely in the previous issue of this journal that the Trump Administration’s successes come with a long-term warning: Excessive pressure on our allies could reach a culminating point damaging to the alliance and our long-term interests.7 For the time being, the benefits of the President’s approach outweigh the potential liabilities so long as President Trump does not throw out the baby with the bathwater. The departures of Secretary of Defense Mattis and UN Ambassador Haley may portend, however, that the President has moved too close to that culminating point for comfort.

Robert Kaufman is the Dockson Professor at the Pepperdine School of Public Policy. He received his BA and PhD from Columbia University, his JD from Georgetown, and an LLM in alternative dispute resolution from Pepperdine University. He has written for many publications, including The Wall Street Journal, the New York Times, the Washington Times, the Weekly Standard, and the Daily Callar. He is the author of four books, including his most recent, Dangerous Doctrine: How Obama's Grand Strategy Weakened America, published by the University Press of Kentucky in May 2016. During the 2017-18 academic year, Kaufman spent his sabbatical at the University of Colorado, Boulder as the Conservative chair in the Center for Western Thought. Kaufman has signed a contract with University Press of Kentucky to write a book on Trump’s Foreign Policy and National Security Strategy.