Urgently needed drugs developed under Operation Warp Speed are at the mercy of officials working at “bureaucrat speed.” 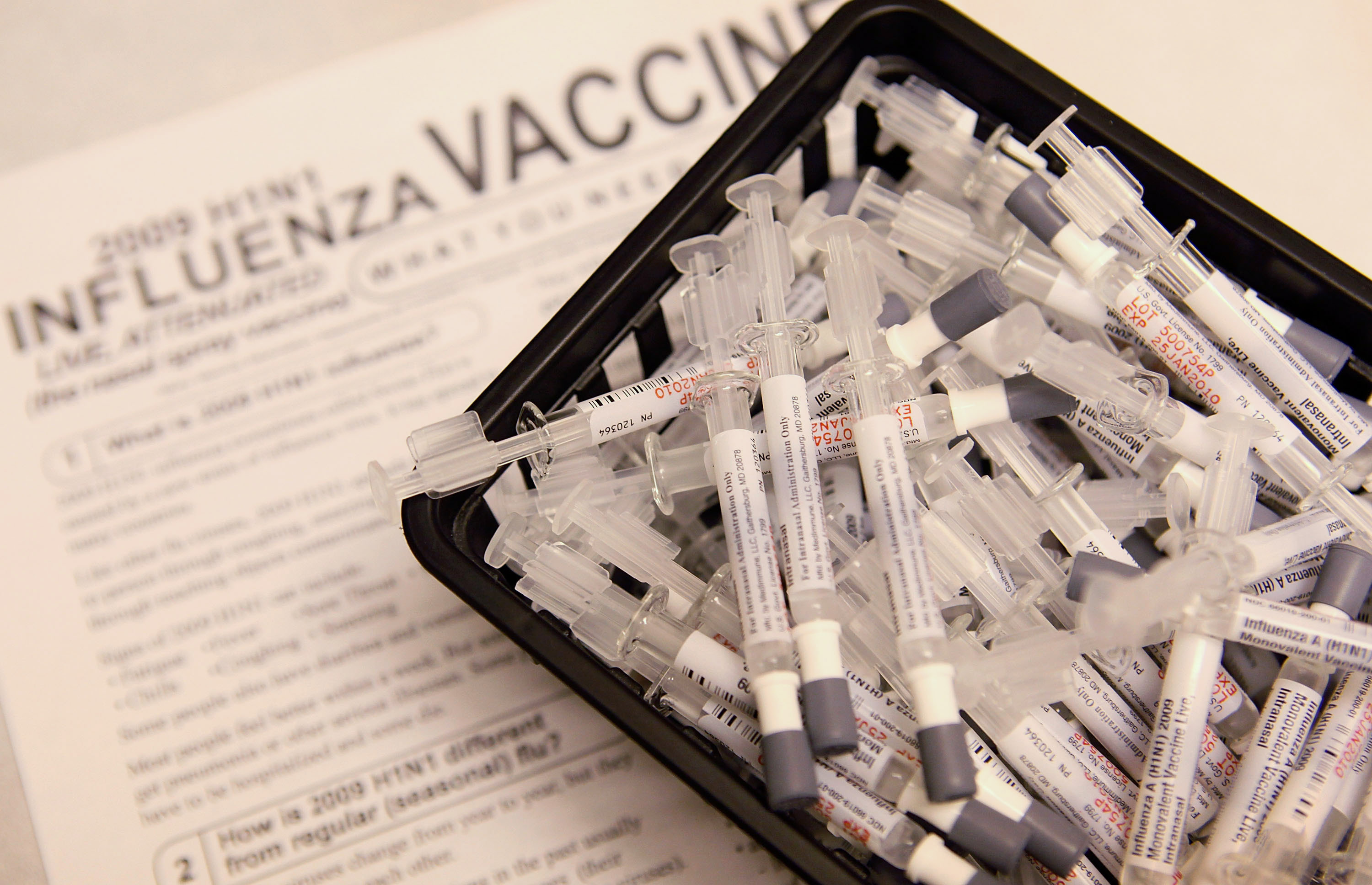 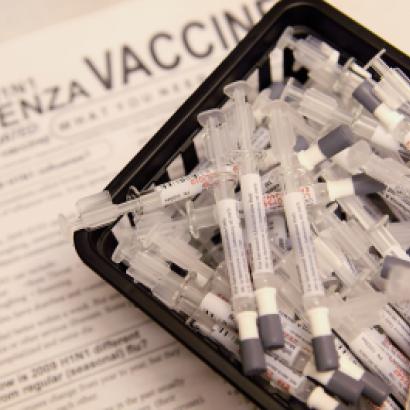 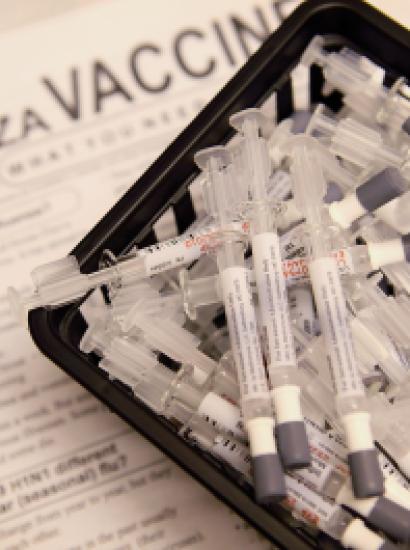 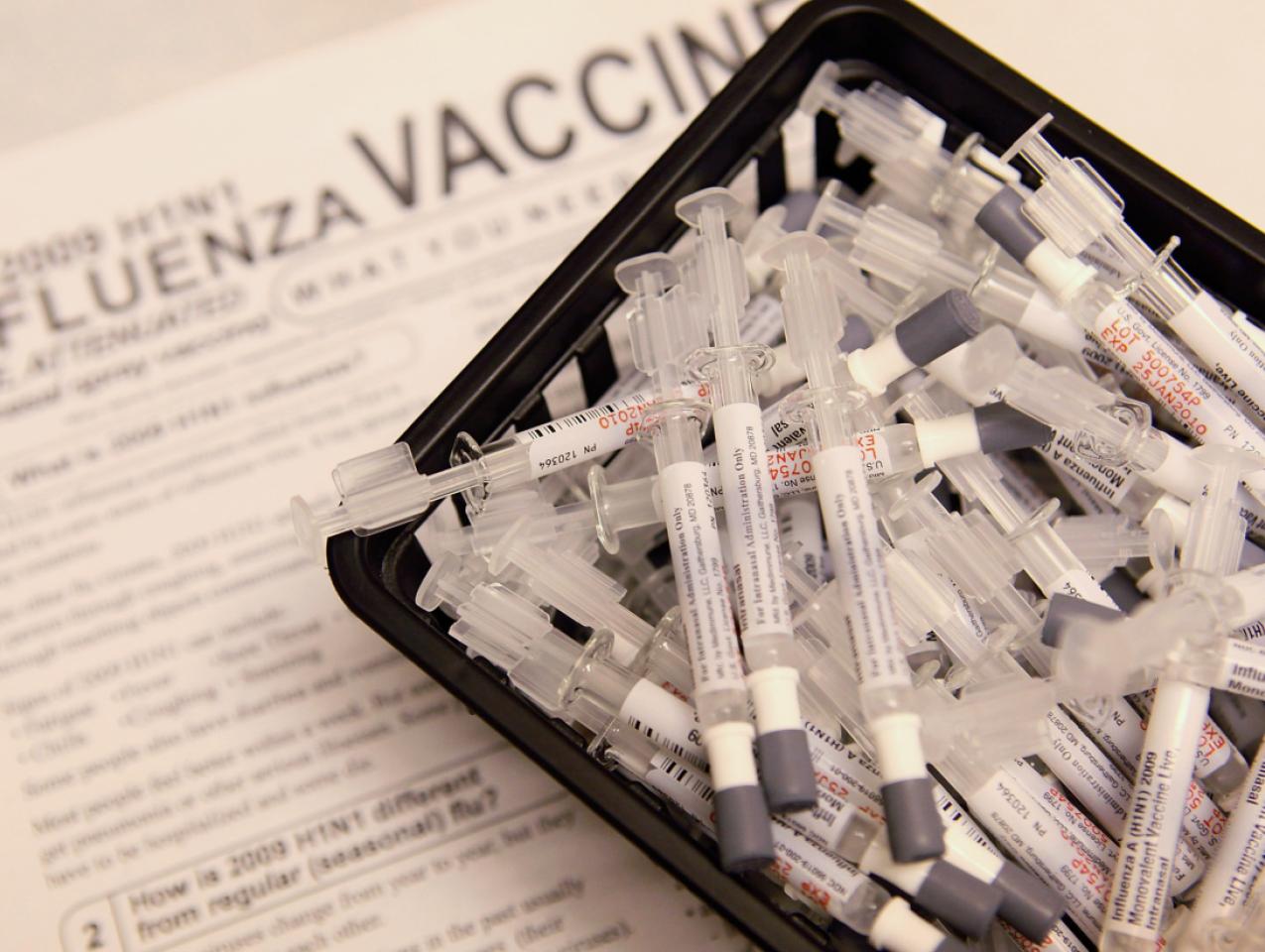 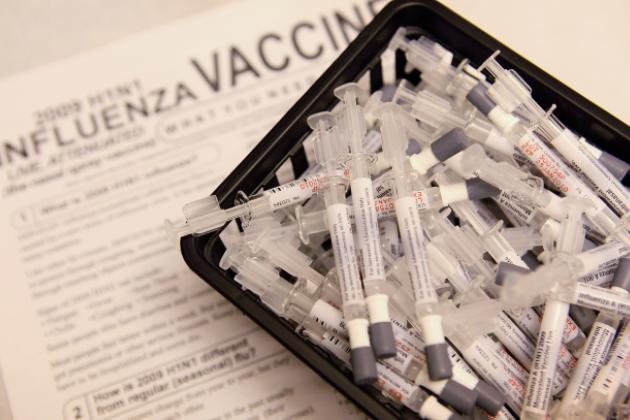 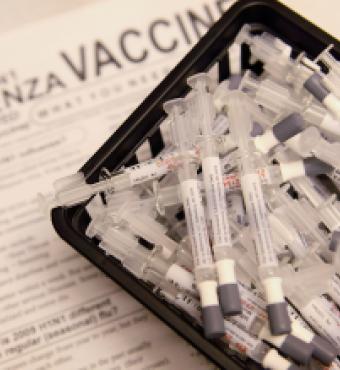 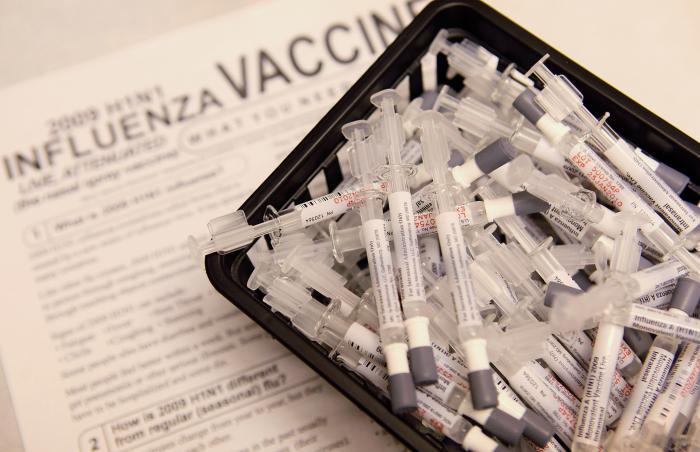 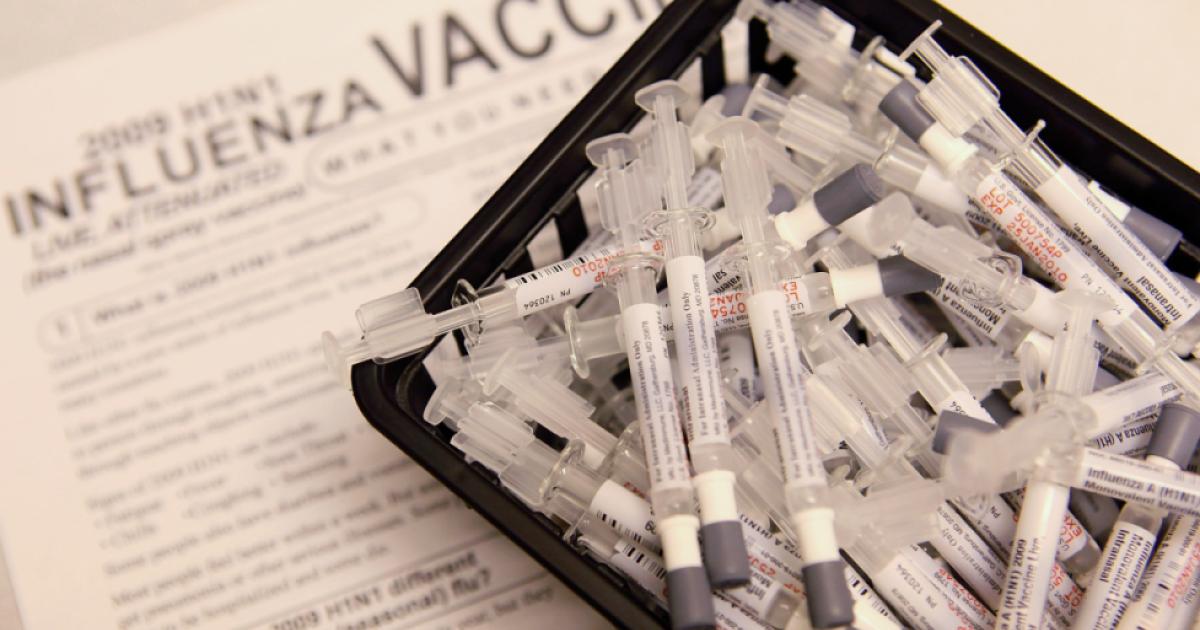 First, the good news. We now appear to have at least two viable vaccines with high efficacy in preventing the awful disease known as COVID-19. On November 9, Pfizer/BioNTech announced that the efficacy of its vaccine exceeds 90 percent. On November 16, Moderna announced that its vaccine’s efficacy exceeds 94.5 percent. Take that, Pfizer! Seriously, though, both announcements are great news. Let’s put those percentages in perspective. I get a flu vaccine every year without fail. Is that because the vaccine is 90 percent effective? No. At best, it’s 60 percent effective, and its effectiveness is often well below 50 percent.

There’s even more good news. Even when the vaccines don’t prevent COVID-19, they make it substantially less severe. For example, in a study of thirty thousand volunteers for the Moderna test, of the eleven cases in people who got the vaccine, no case was severe, versus thirty severe cases for people who received the placebo. It’s risky to generalize from a sample size of thirty thousand, but still, the numbers are extremely encouraging. There’s also good news for us elderly. I was talking with a healthy seventy-seven-year-old woman at pickleball last week who was delighted that she, as an elderly person, would be one of the first to get it. I just turned seventy and my wife is seventy-one, and so presumably we will be on the priority list.

The intentional one is that even if the Food and Drug Administration finds that the vaccines are effective, Governor Gavin Newsom will insist on getting approval by an eleven-member committee he formed in October. His October 19 press release states:

While there is no proven vaccine for COVID-19 yet, these top health experts —guided by the principles of safety, equity and transparency—will review any vaccine that receives federal approval and verify its safety, before California makes a COVID-19 vaccine available to those most at risk.

Will that add weeks or just days? We don’t know. Committees sometimes work slowly and sometimes quickly. But they will slow it down.

The unintentional slowing will happen because of central planning. According to an eighty-four-page document published in October by California’s Department of Public Health, central planners in the state government will allocate the vaccines. We know from almost a century of experience that central planning doesn’t work. It’s slow and wasteful. Is there good reason to think that in this case it will work? I hope there is, but hope should not triumph over logic and evidence.

The document, titled COVID-19 Vaccination Plan, describes the steps California’s government will take to distribute the vaccine. If you’re someone who thinks that simply detailing a plan is good enough, you will probably be happy. But if instead you think about how government actually works, you might well be fearful. Here’s a paragraph from page 35 of the plan:

As the first step in the allocation process, the federal government will allocate vaccines to the state. Next, the state will allocate vaccines directly to large multi-jurisdictional entities, such as health providers and systems with locations in multiple counties. After this direct allocation, the state will allocate vaccines to local health departments. Lastly, local health departments will allocate doses of vaccine directly to enrolled providers. Equitable distribution and transparency will be emphasized through every step of this process. The allocation decisions will be guided by the volume of vaccine related to the particular phase of distribution and the guidance of the Drafting Guidelines Workgroup, which is part of the Allocation Framework line of effort within the Governor’s COVID-19 Vaccine Task Force.

If Walmart or Amazon put out a plan to allocate vaccines, I wouldn’t be so concerned. The reason is that they would have incentives for every step of the process. They would fire people for doing it badly and would pay bonuses to, or promote, people who do it well. But this is government. Will any government worker lose his or her job by knocking off at 5 p.m. on Friday instead of staying an extra three hours to get out ten more shipments of the drug? The question answers itself.

Indeed, the Food and Drug Administration (FDA) has already answered a similar question. In a justly famous tweet on November 28, Dr. Eric Topol gave a timeline of all the steps in the process from when the coronavirus SARS-CoV-2 was sequenced (January 10) to when Phase 1a vaccination begins for health care professionals (December 11). That is impressive. By comparison, the record speed for any vaccine before this was for the mumps vaccine, which took four years.

But notice two things about his timeline. First, Pfizer and a German company called BioNTech submitted to the FDA their application for an Emergency Use Authorization (EUA) on November 20. The FDA will do its external review on December 10. That’s twenty days, which doesn’t sound like a lot, but given a daily fatality rate from COVID-19 of well over one thousand, amounts to more than twenty thousand additional deaths in America alone. Since each member of a whole staff of FDA professionals will review only part of the application’s thousand-plus pages (see the comments by Martin Ford and Dallas Weaver on this November 20 post by Tyler Cowen) and will end up having to take Pfizer’s word for it anyway, they couldn’t have done it before Thanksgiving?

The second thing to note about the timeline is that vaccination for health care professionals will begin in December only if the FDA’s review is positive. That’s probably a small “if” but it’s concerning nevertheless. Millions of us would have been willing to take the vaccine on November 20. It’s not that we understand all the data in a massive EUA application. The reason is simpler: for-profit Pfizer has an incentive to get it right.

The federal government’s Operation Warp Speed is central planning also, but it seems more decentralized and, therefore, more workable. Look at this fairly simple chart that shows how the feds plan to get the Pfizer and Moderna vaccines delivered. Pfizer’s vaccines will go from Pfizer’s manufacturing facilities to hospitals, pharmacies, large clinics, long-term care facilities, and others via UPS and FedEx. Moderna’s will go from Moderna’s manufacturing facility to McKesson distributors and then on to the same kinds of facilities that Pfizer’s go to.

It’s important to note that both Moderna’s and Pfizer’s vaccines need to be stored at very low temperatures: minus 20 degrees Celsius (which is minus 4 degrees Fahrenheit) for Moderna’s and a whopping minus 70 degrees Celsius (minus 94 degrees Fahrenheit) for Pfizer’s. Pfizer’s management is not worried: the company has already designed a “pizza box” that, together with dry ice, can keep the vaccine stored for a few weeks without specially built freezers. But imagine some state government official failing to put a Pfizer shipment into even a regular freezer.

New Yorkers may also have to wait longer than others. Governor Andrew Cuomo stated on September 24:

I’m not going to trust the federal government’s opinion and I wouldn’t recommend to New Yorkers based on the federal government’s opinion. Second question is, if it is a safe vaccine, how do you implement it? Implementation is a massive undertaking. On the first question of is it safe, New York State will have its own review. When the federal government is finished with their review and says it’s safe. We’re going to put together our own review committee headed by the Department of Health that will advise me—we have the best hospitals and research facilities on the globe in this state. We’re going to put together a group for them to review the vaccine so I can look at the camera and I can say to New Yorkers that it’s safe to take. I want to make sure that we know it’s safe to take.

According to Joel Zinberg, a senior fellow at the Competitive Enterprise Institute and an associate clinical professor of surgery at the Mount Sinai Icahn School of Medicine in New York, Cuomo can’t legally prevent New Yorkers from taking the vaccine. But he can certainly slow the allocation of any vaccines that his state government gets its hands on.

On the other hand, University of Chicago economist Tomas J. Philipson, formerly acting chairman of President Trump’s Council of Economic Advisers, wrote in the September 24 Wall Street Journal that “[S]ome Operation Warp Speed contracts will enhance take-up by requiring free distribution of vaccines.” His use of “some” suggests that other contracts do not have that provision and will allow for sale.

The answer matters. Unless total confidence in the federal government and in state governments is justified, it is a good idea to have a safety valve. Allowing the sale of, say, 20 percent of vaccines is such a safety valve. It would assure that those vaccines go not just to wealthy people but also to non-wealthy people who are willing to pay a lot because they are highly risk averse.