Ken Burns recently released a documentary entitled “The Vietnam War: An Intimate History.” The script concluded with these words, “The Vietnam War was a tragedy, immeasurable and irredeemable.” That damning hyperbole neatly summarized 18 hours of haunting, funereal music, doleful tales by lugubrious veterans, and an elegiac historical narration voiced over a collage of violent images and thunderous explosions. 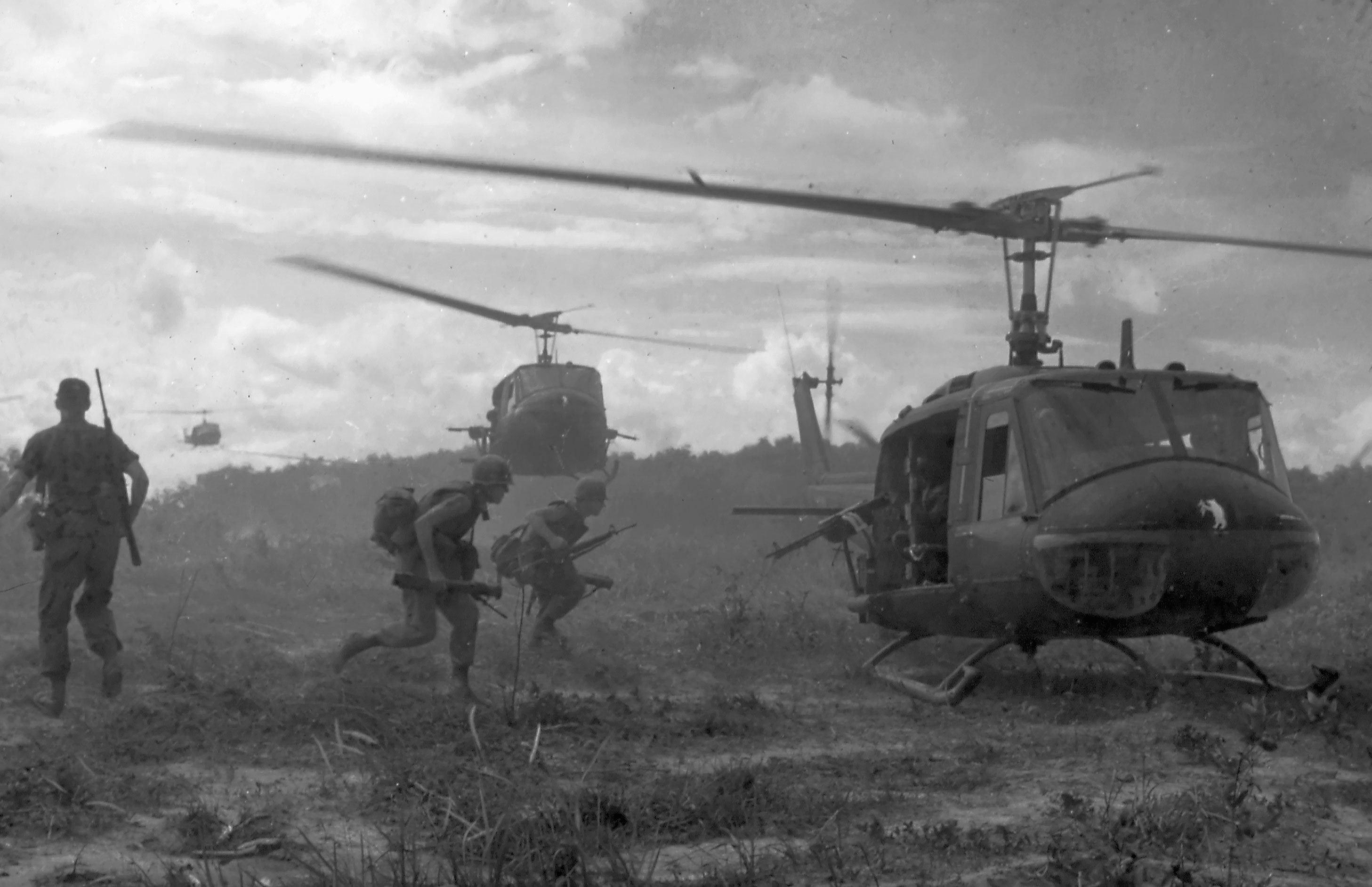 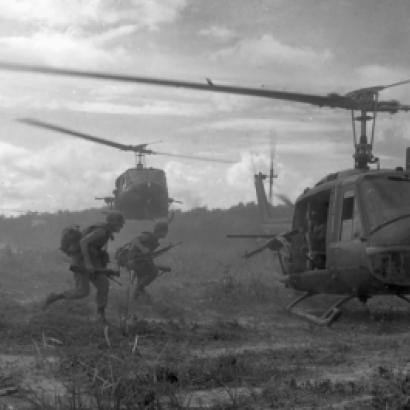 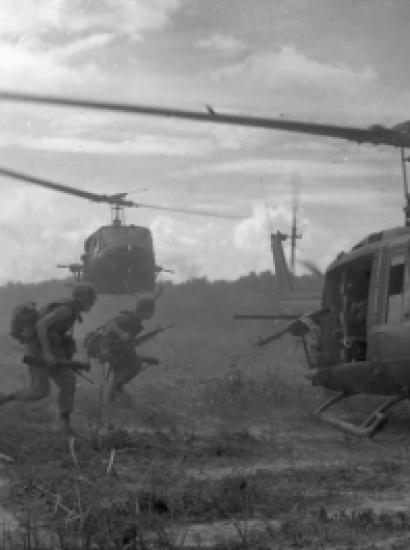 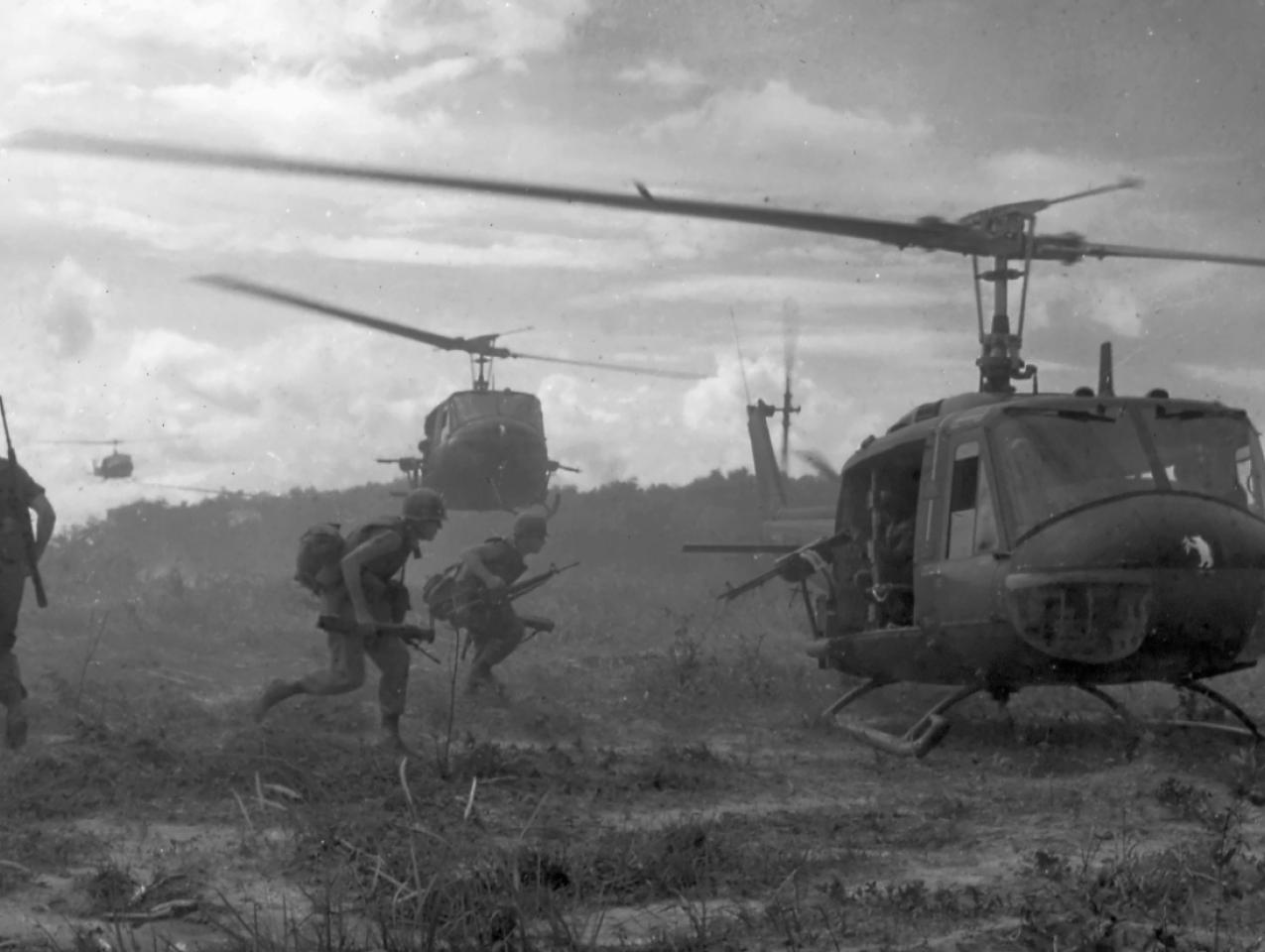 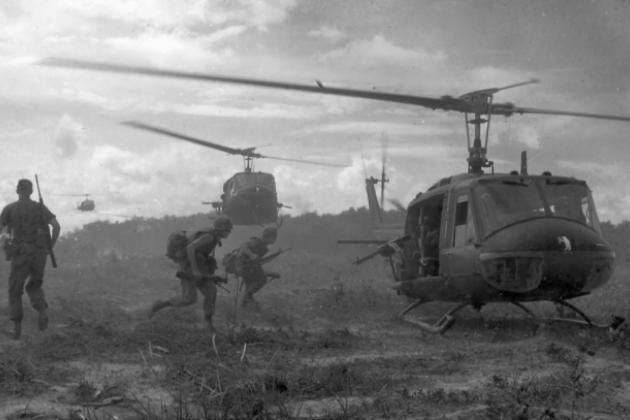 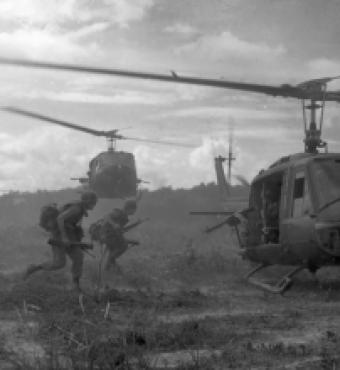 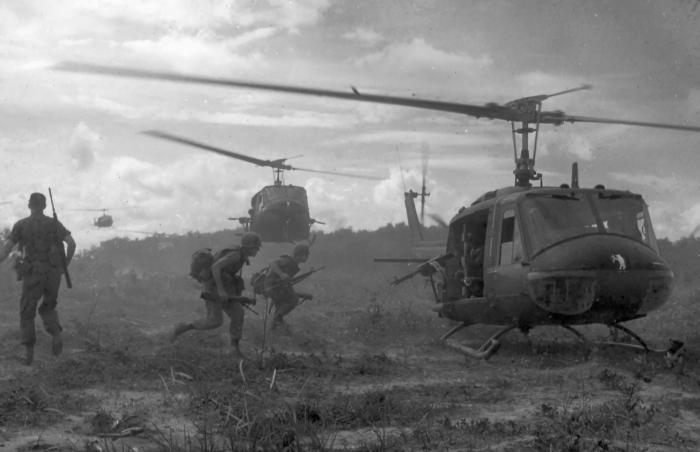 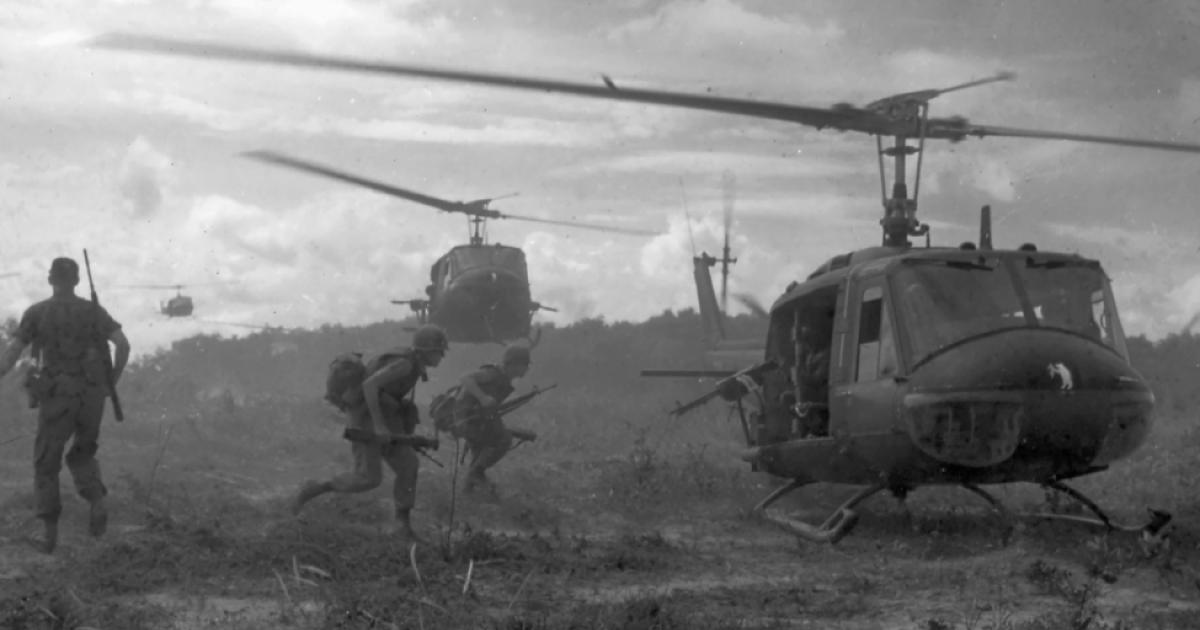 Ken Burns recently released a documentary entitled “The Vietnam War: An Intimate History.” The script concluded with these words, “The Vietnam War was a tragedy, immeasurable and irredeemable.”1 That damning hyperbole neatly summarized 18 hours of haunting, funereal music, doleful tales by lugubrious veterans, and an elegiac historical narration voiced over a collage of violent images and thunderous explosions. In this telling, the anti-war protestors in the States are morally equivalent to the American soldiers who fought the war. Indeed, while the grunts seem soiled by the violence, those who evaded the draft and spat upon those who fought had the added satisfaction of seeing Soviet tanks manned by North Vietnamese soldiers roll triumphantly into Saigon.

A veteran is quoted at the end of the film saying, “We have learned a lesson…that we just can’t impose our will on others.” While that daffy aphorism sums up the documentary, in real life the opposite is true. Alexander imposed his will upon the Persian empire. Rome indelibly imposed its will upon Carthage. After the Civil War, the Federal government imposed its will upon the Confederacy. Following World War II, we imposed our will upon Nazi Germany and bushido Japan. In 1975, the North Vietnamese Stalinist government imposed its will upon the South Vietnamese. Forty-two years later, that same octogenarian, corrupt communist regime continues to oppress the south, while the country as a whole has become the Cuba of East Asia, bereft of economic dynamism.

The purpose of a film, however, is to stir emotions, not to convey a reasoned analysis. In emotive power, Burns succeeds. An audience with no prior knowledge of Vietnam will come away convinced this war was a colossal geopolitical error, a waste of lives on all sides and absolutely without redemption. Every fact and picture is accurate, and the cumulative process of selecting some facts and omitting others is devastating.

Burns forsook balance. For instance, my Combined Action Platoon (CAP) consisting of 15 Marines and 30 armed farmers lived for 488 days in a remote village of 5,000 Vietnamese. The two Marines who didn’t fit in were dismissed from the CAP. The rest of us slept in the houses of the villagers, ate their food, fought and died side by side with the farmers. Seven of fifteen Marines were killed in the village. In 1966, the village chief, Trao, sent this letter to the parents of our squad leader:

“To Sgt. J. D. White family…Sgt. White and Sq. work to hard…never look tired…My people are very poor and when to see a marine they are very happy. When V.C. come to people, people come and talk to Sgt. White so Sgt. White can talk to P.F. (local Popular Forces) and marine to fight V.C. Maybe die…Jod bless you all.”2

You won’t find that sentiment in the documentary. Yet altogether, there were 118 CAPs and not one fell back to enemy control before the fall of Saigon. In 2002, I returned to the village with Charlie Benoit, who had also fought there. The villagers welcomed us back and asked by name after other Marines who had lived there. Charlie’s Vietnamese was impeccable, and between 1967 and 1970, on repeated trips for the Rand Corporation we traveled from one end of South Vietnam to the other. Often we were in villages without any other Americans. Yes, the North Vietnamese were hurling hundreds of thousands of disciplined soldiers into battles that were as savage and pitiless as shown in the documentary. Over that same period, however, there was progress throughout the farming lowlands. The rural population was not in revolt against the government.

American combat troops withdrew from the country in 1972. At that time, North Vietnamese units were still positioned in the jungles of South Vietnam. They had suffered staggering losses months earlier in a major assault that had failed after America had unleashed its B-52s to pound the enemy on the battlefield and in Hanoi. As the documentary points out, 100,000 North Vietnamese soldiers were estimated to have been killed, nearly all the armor provided by the Soviet Union had been destroyed and the North Vietnamese chief of staff warned another offensive could not be mounted for at least three years.3 The North agreed to a ceasefire and a truce that included the return of American prisoners of war. President Nixon promised to respond with force if the North attacked again.

The Congress and most of the press, however, joined hands in blaming the collapse upon the South Vietnamese. The visceral effect of the Burns documentary is to provide ablution for that abandonment of an ally. The theme of the documentary is that unification under the communists was predestined and therefore the war was unwinnable. Of course, had a similar lack of fortitude guided us in 1953, we would have abandoned South Korea and the communist dictator Kim Jong-un would now be sitting on his throne in Seoul, shaking his nuclear fist at Japan.

Was the collapse of South Vietnam inevitable? Lt. Gen. H.R. McMaster, currently the White House National Security Adviser, does not think so. He wrote a book entitled Dereliction of Duty. Far from being an inevitable tragedy, he concluded that the loss of South Vietnam was “a uniquely human failure, the responsibility for which was shared by President Johnson and his principal military and civilian advisors.”4

What could have been done differently? Our basic goal was to force the north to cease attacking the south. Four steps could have been taken. First, beginning in 1965, a blockade by mining the harbors and bombing could have prevented the massive import of Chinese and Soviet military equipment. Without Chinese artillery and Soviet tanks et al, the North could not defeat the South. Instead, the Johnson administration chose not to strategically apply our overwhelming naval and air superiority.

Second, bomb the dikes sustaining the north’s rice paddies. Force the able-bodied men to leave the army and undertake subsistence farming. In our Civil War, Lincoln ordered Sherman to devastate the farms of the south and in World War II we systematically bombed German and Japanese cities. War is the act of applying violence—death and destruction—until your enemy agrees to your terms.

Third, grant the enemy no sanctuary. Encourage our commanders to attack on the ground anywhere they had an advantage in North Vietnam, Laos or Cambodia. Attack and withdraw, attack and withdraw. Do not allow the North to mass troops and supplies at places of their choosing.

Fourth, establish joint boards with the South Vietnamese leaders to insure they promote competence and punish corruption. Granted this fringes upon their sovereignty, but our troops should not die for incompetents.

So yes, we could have fought a different kind of war, but the commander-in-chief, President Johnson, chose not to do so. He bullied and berated the generals, who to their discredit acceded a terrible, half-baked campaign of attrition, exchanging American for North Vietnamese lives. That “strategy” was a moral outrage.

When South Vietnam was in dire straits in 1975, I was serving in the Pentagon as the special assistant to Secretary of Defense James R. Schlesinger. Within the top level of the Ford administration, he received scant support in asking Congress to authorize bombing or military aid. So he personally invited to breakfast every member of Congress and he reached out for support from Democratic leaders like George Meany, president of the AFL/CIO. Schlesinger knew he was jeopardizing his own career. (And he was fired.) He did not succeed in gaining aid, but he did not give up. When South Vietnam did fall, he was the senior leader to whom our military turned for understanding.

What, then, should be the peroration for the war? Should it be the Burns’ documentary, “The Vietnam War was a tragedy, immeasurable and irredeemable.”

Or should it be what Secretary of Defense Schlesinger wrote to our two million troops, “Your cause was noble; your dedication was determined. You answered your country’s call.”