A Warrior-Scholar Looks at Afghanistan

Hoover fellow and major general H. R. McMaster refuses to entertain illusions or wishful thinking about Afghanistan. He sees neither a triumph nor a lost cause. By David Feith. 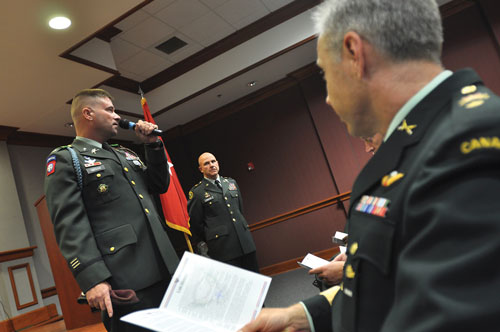 A Warrior-Scholar Looks at Afghanistan 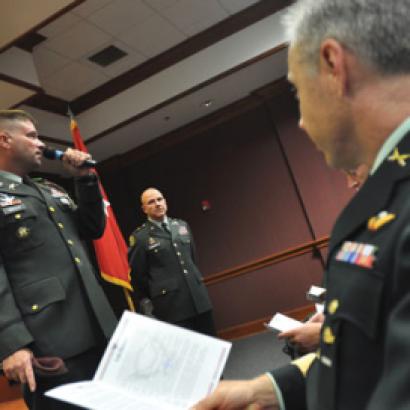 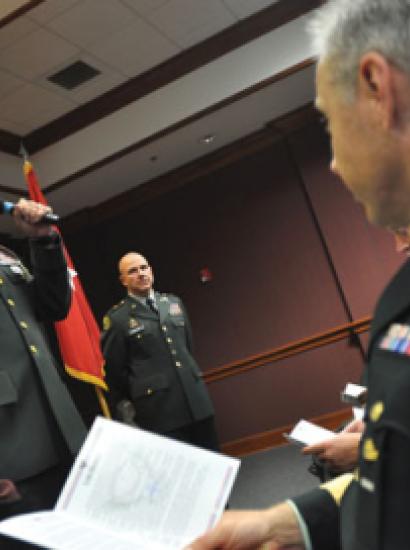 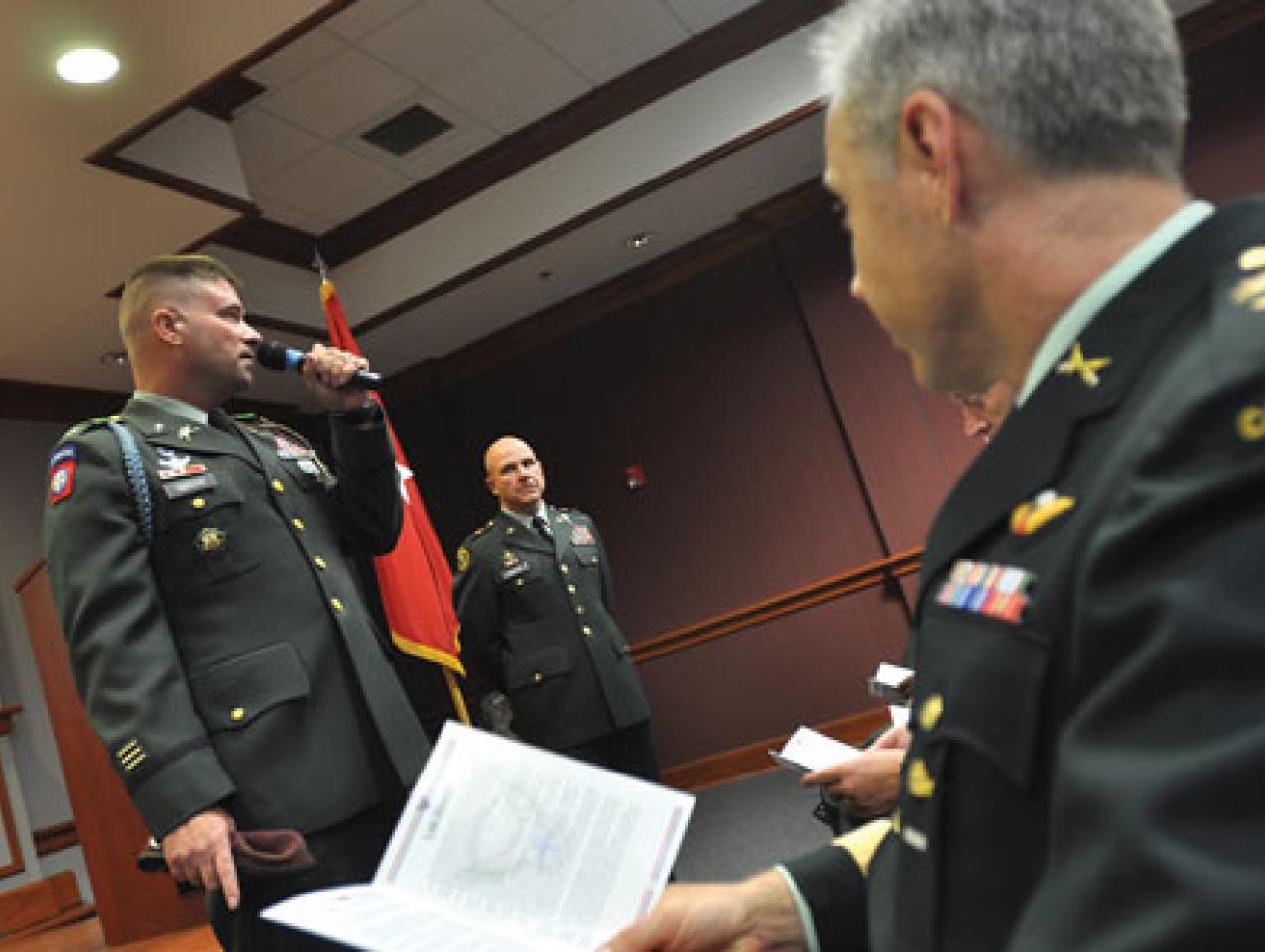 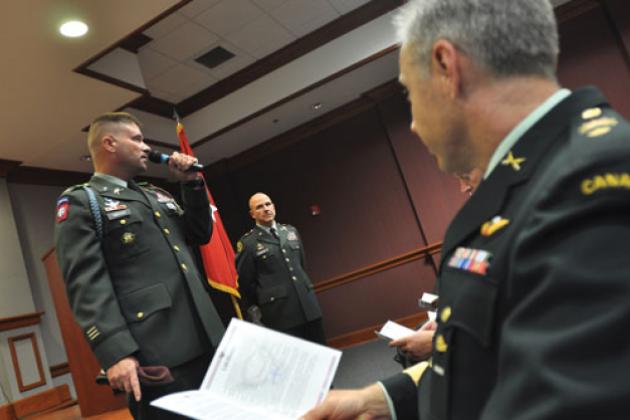 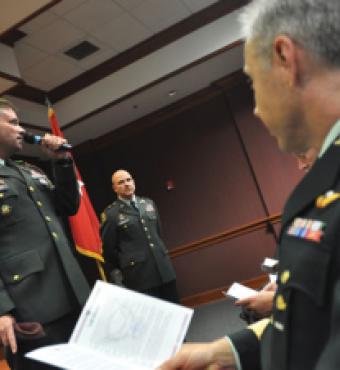 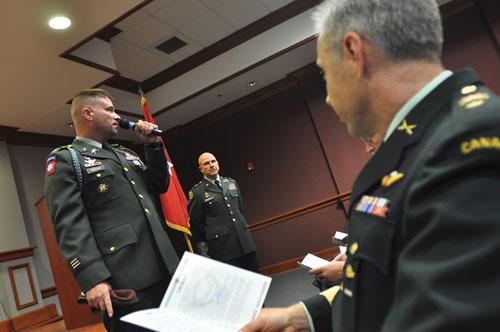 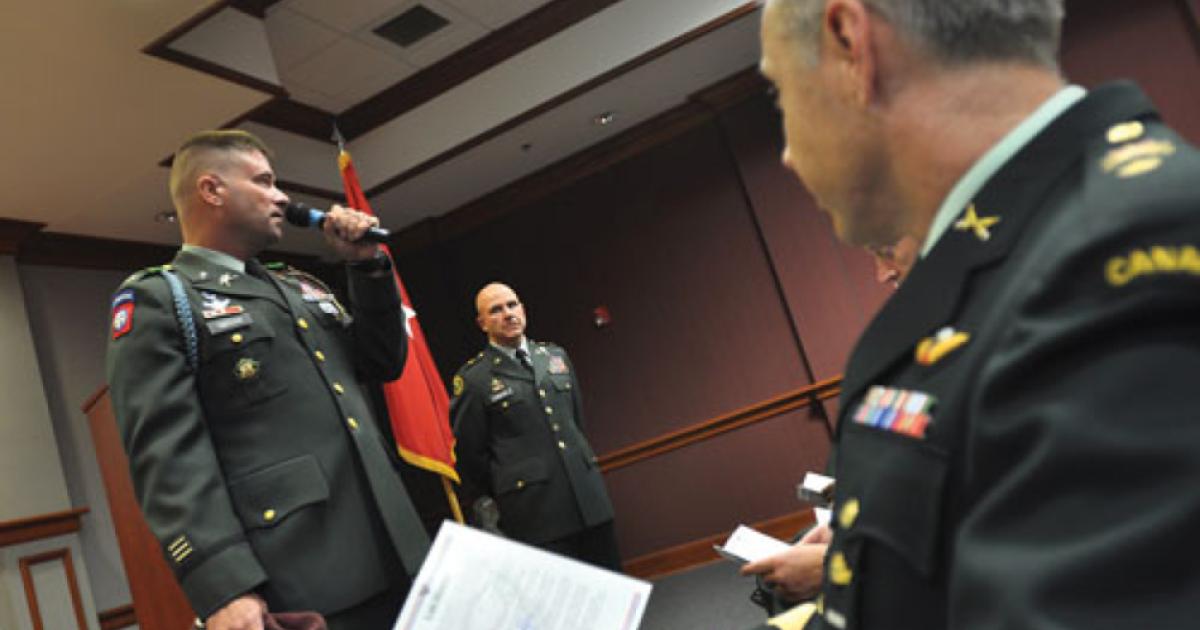 “The distant rear of an army engaged in battle is not the best place from which to judge correctly what is going on in front.”

The words are from Ulysses S. Grant’s recollections of the battle of Shiloh. But they are being quoted to me by H. R. McMaster, arguably the Pentagon’s foremost warrior-scholar, to stress that the increasingly common American perception that the Afghan war is lost doesn’t jibe with what he witnessed during his recent twenty-month deployment to Afghanistan.

“The difficulties are apparent,” says the Army major general, “but oftentimes the opportunities are masked.”

For a sense of those opportunities, consider some of the metrics of battle. When McMaster arrived in Afghanistan in July 2010—as President Obama’s surge reached full strength—enemy attacks numbered 4,000 a month. A year later, they had dropped to 3,250. In March, there were 1,700. Every month from May 2011 through March 2012 (the latest with available data) had fewer attacks than the same month the year before, the longest sustained reduction of the war. 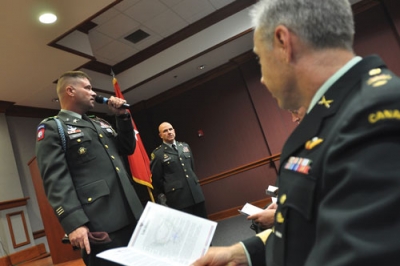 H. R. McMaster, at center, is introduced at a 2009 Pentagon event by Colonel Christopher Gibson, left. McMaster is a Hoover Institution research fellow and major general, and Gibson—now retired from the Army and serving in Congress—is a former Hoover national security fellow.

Meanwhile, Afghan security forces numbered 350,000 this summer, up from 240,000 when McMaster arrived. Afghans now lead nearly half of all combat operations. Eight million Afghan children attend school, including three million girls, compared to one million and zero girls in 2001. Where finding a telephone ten years ago often required traveling a full day, now more than twelve million Afghans own cellphones (out of thirty-two million total).

“Our soldiers, airmen, Marines, and sailors, working alongside Afghans, have shut down the vast majority of the physical space in which the enemy can operate,” says McMaster. “The question is, how do we consolidate those gains politically and psychologically?”

The political and psychological dimensions of warfare have long fascinated the general, who first became famous in the Army when he led his vastly outnumbered tank regiment to victory during the Gulf War. Six years later, he published Dereliction of Duty, based on his doctoral thesis indicting the Vietnam-era military leadership for failing to push back against a commander in chief, Lyndon Johnson, who was more interested in securing his Great Society domestic agenda than in doing what was necessary—militarily and politically—to prevail in Southeast Asia. For fifteen years the book has been considered must reading at the Pentagon.

But McMaster really earned his renown applying the tenets of counterinsurgency strategy, or COIN, during the war in Iraq. As a colonel in 2005, he took responsibility for a place called Tal Afar. In that city of 200,000 people, the insurgents’ “savagery reached such a level that they stuffed the corpses of children with explosives and tossed them into the streets in order to kill grieving parents attempting to retrieve the bodies of their young,” wrote Tal Afar’s mayor in 2006. “This was the situation of our city until God prepared and delivered unto them the courageous soldiers of the Third Armored Cavalry Regiment.”

McMaster’s troops fought in Tal Afar with the understanding that victory would not be achieved by using maximum violence to hunt and kill insurgents. Instead, the key tasks were to secure and improve life for the local population, establish reliable local government, and project determination and staying power.

Before long, President George W. Bush was citing Tal Afar as a model. It helped inspire the strategy shift that turned around the Iraq war under David Petraeus, McMaster’s mentor and a fellow West Point graduate with a doctorate and a penchant for quoting theorists like Carl von Clausewitz, the Prussian officer who famously defined war as the continuation of politics by other means.

Now McMaster has been attempting to apply counterinsurgency strategy in another war most Americans have written off.

As the head of Task Force Shafafiyat—the word means transparency in Pashto—his job was to identify how U.S. and Afghan funds flow not only as payments to contractors, subcontractors, and local Afghan officials, but as kickbacks or protection money to criminal networks and insurgents. Since August 2010, the coalition says, it has vetted some 1,400 American, Afghan, and foreign companies, barring or suspending more than 150 firms and individuals from doing business with the United States.

Trying to stop corruption in Afghanistan is often seen in the West as akin to trying to stop the tides. McMaster calls that view “bigotry masquerading as cultural sensitivity.”

But there is little doubt that corruption is a formidable problem. The abuse of official positions of power for personal gain, the general said last year in Kabul, “is robbing Afghanistan of much-needed revenue, undermining rule of law, degrading the effectiveness of state institutions, and eroding popular confidence in the government.”

In 2010, Kabul Bank—Afghanistan’s largest, and the main source of payment for Afghan security forces—nearly brought down the country’s financial system when almost $1 billion in reserves apparently disappeared into the briefcases and Dubai villas of Afghan elites. In another case, McMaster’s investigators found evidence that Afghanistan’s former surgeon general had stolen tens of millions of dollars’ worth of drugs from military hospitals.

Though corruption charges have dogged senior officials and intimates of Afghan President Hamid Karzai for years, not a single person with high-level political connections has been convicted of wrongdoing. In many cases, Karzai appears to have personally blocked or hampered efforts at accountability.

Staying politic, McMaster notes that Karzai and other senior officials have at last acknowledged the problem publicly. “Now, have they matched that with decisive action? No. But is [public acknowledgment] a first step? Yes it is.”

“How do we consolidate those gains politically and psychologically?”

Perhaps McMaster is reluctant to pin too much blame on Karzai because he thinks the root of Afghanistan’s corruption problem goes deeper, to three decades of “trauma that it’s been through, the legacy of the 1990s civil war . . . [and] the effects of the narcotics trade.” Add to that the unintended consequences of sudden Western attention starting in 2001: “We did exacerbate the problem with lack of transparency and accountability built into the large influx of international assistance that came into a government that lacked mature institutions.”

Yet the Afghan war’s most important factor, in his view, could be the Afghan people’s expectations for the future. “Why did the Taliban collapse so quickly in 2001?” he asks. “The fundamental reason was that every Afghan was convinced of the inevitability of the Taliban’s defeat.”

McMaster has been attempting to apply counterinsurgency strategy in Afghanistan, in another war most Americans have written off.

Today it’s not clear who the strong horse is, so many Afghans are hedging their bets. “What you see in Afghanistan oftentimes,” the general says, “is a short term maximization-of-gains mentality—get as much out of the system as you can to build up a power base in advance of a post-[NATO], post-international-community Afghanistan.”

In this respect, the Strategic Partnership Agreement signed last spring by Obama and Karzai may help, since it pledges some American military and diplomatic commitments through 2024. McMaster calls it “immensely important.” Still, it doesn’t erase the record of Obama administration rhetoric to the effect that American withdrawal is inevitable even if the enemy’s defeat is not.

McMaster steers far clear of any such political criticism. Instead, he argues that the Afghan people can be persuaded to bet against the insurgency—and in favor of their government—if they see a crackdown on public corruption.

Some of the signs are good. Afghan civil society, he says hopefully, has a growing number of “groups that don’t want to see the gains of the past ten years reversed, that want a better future for their children, and that are demanding necessary reforms from their leaders.” Last year saw the launch of the Right and Justice Party, with an anticorruption message and multiethnic leadership of Pashtuns, Tajiks, Uzbeks, and Hazaras.

One of the general’s historical models is Colombia, where a few years ago many people believed the government couldn’t stand up to the narcoterrorist FARC insurgency. “What was the problem of Colombia in the late ’90s? It was political will to take [the FARC] on,” he says, adding that U.S. counternarcotics and other efforts helped lay the groundwork that Alvaro Uribe built on after winning Colombia’s presidency in 2002.

We could see such an outcome again, says McMaster, especially given “the innate weakness of Afghanistan’s enemies.”

“What do the Taliban have to offer the Afghan people?” he asks. They are “a criminal organization, criminal because they engage in mass murder of innocent people, and criminal because they’re also the largest narcotics-trafficking organization in the world. Are these virtuous religious people? No, these are murderous, nihilistic, irreligious people we’re fighting—we along with Afghans who are determined not to allow them to return.”

Taliban groups, he adds, are increasingly seen by Afghans “as a tool of hostile foreign intelligence agencies. These are people who live in comfort in Pakistan and send their children to private schools while they destroy schools in Afghanistan.” He notes, too, that indigenous Afghan fighters are wondering where their leadership is: “One of the maxims of military leadership is that you share the hardships of your troops, you lead from the front. Well they’re leading from comfortable villas in Pakistan. So there’s growing resentment, and this could be an opportunity to convince key communities inside of Afghanistan into joining the political process.”

Is it pointless to try to stop corruption in Afghanistan? McMaster calls that view “bigotry masquerading as cultural sensitivity.”

As a tool for this, McMaster praises the U.S. military’s “village stability operations,” which send small teams of special-operations forces to live among Afghans in remote villages vulnerable to Taliban intimidation.

Still, it’s easy to get carried away by the glimmers of hope, and the general is very much a realist. For one thing, Pakistan remains a haven for insurgency, and McMaster says little more than that it “remains to be seen” whether Pakistan’s leaders will conclude that their interests lie in defeating the Taliban.

Just as worrisome, though far less noticed, is the influence of Iran, which is pressuring Kabul to reject the Strategic Partnership Agreement.

“Many of the media platforms that operate in Afghanistan—television, radio, print media—are either wholly captured and run, or owned, by hostile organizations or entities,” McMaster says. The Iranian government has about twenty television stations operating in western Afghanistan. Another disheartening hearts-and-minds metric: Iran and other foreign entities run more schools in Herat city than does the Afghan government.

“What do the Taliban have to offer the Afghan people? . . . These are murderous, nihilistic, irreligious people we’re fighting—we along with Afghans who are determined not to allow them to return.”

Near the end of our interview, we turn to the future of American warfare. U.S. troops are scheduled to end combat operations in Afghanistan in 2014, perhaps sooner. The focus is turning from the Middle East to East Asia, and to the air and sea power required in the Pacific.

Does that mean that for the foreseeable future the United States won’t “do” another Afghanistan or Iraq? “We have a perfect record in predicting future wars—right? . . . And that record is zero percent,” says the general. “If you look at the demands that have been placed on our armed forces in recent years, I think the story that will be told years from now is one of adaptability to mission sets and circumstances that were not clearly defined or anticipated prior to those wars.”

That’s fortunate, McMaster makes clear, in light of Clausewitz’s two-hundred-year-old warning not “to turn war into something that’s alien to its nature—don’t try to define war as you would like it to be.”