What We, The United States of America, Want | The Haqqani Network Must Not Be Allowed to Hold U.S. Interests Hostage

Over the last half-century, the Haqqani network has grown from a relatively small, tribal-based jihadist network into one of the most powerful terrorist syndicates in South Asia. And now, with the return of its Taliban allies to government in Afghanistan, this designated foreign-terrorist organization holds significant political power. 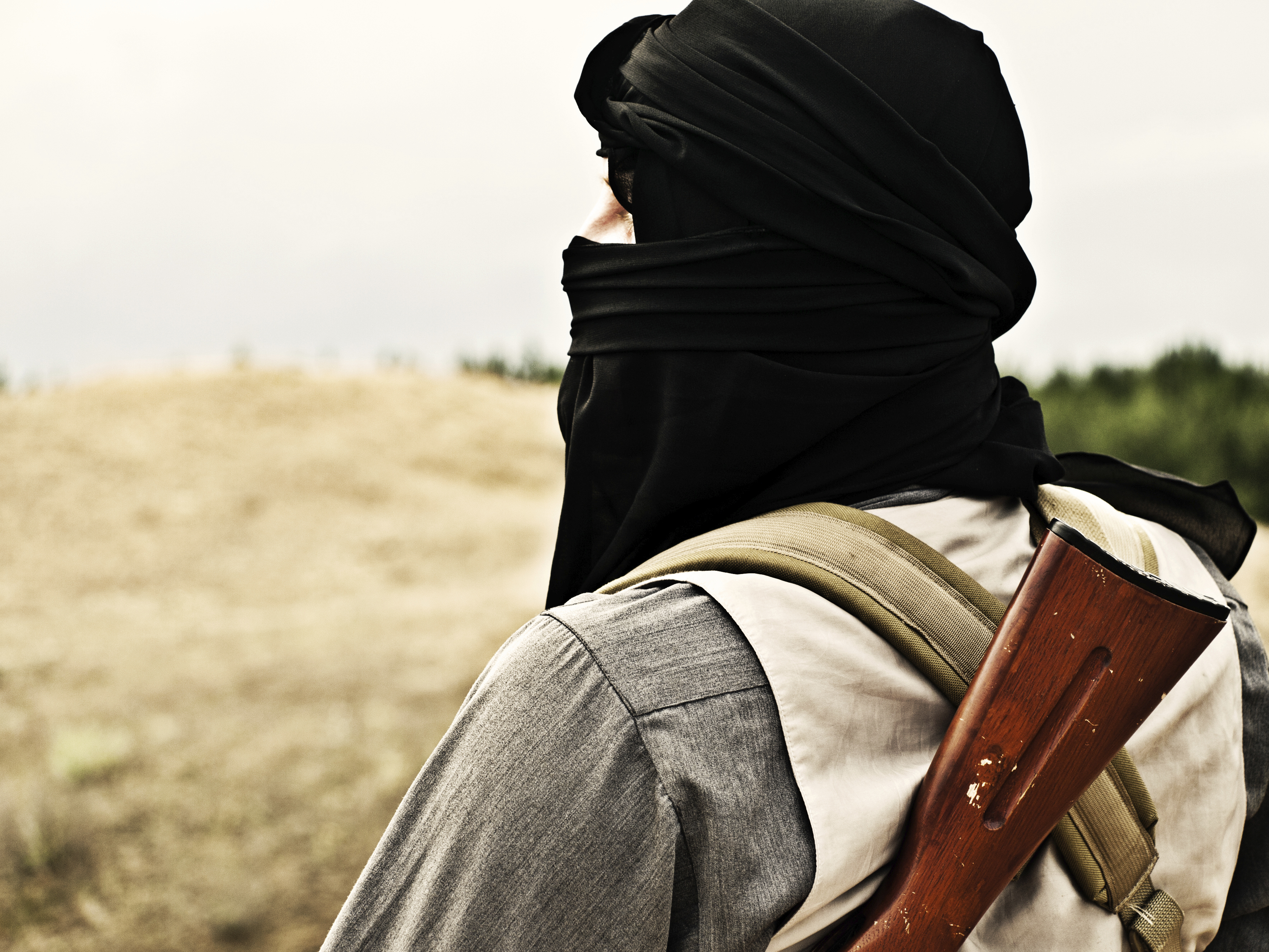 What We, The United States of America, Want | The Haqqani Network Must Not Be Allowed to Hold U.S. Interests Hostage 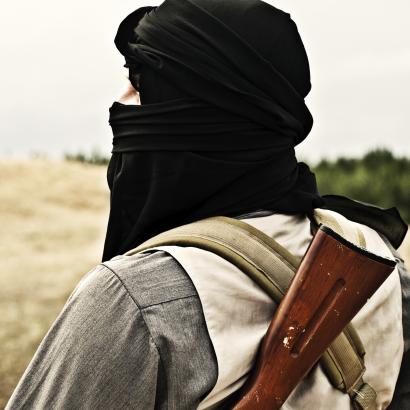 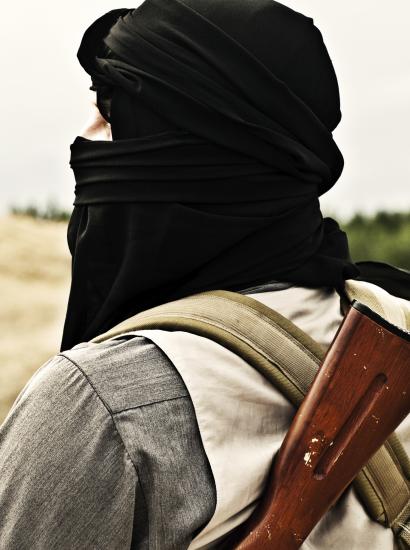 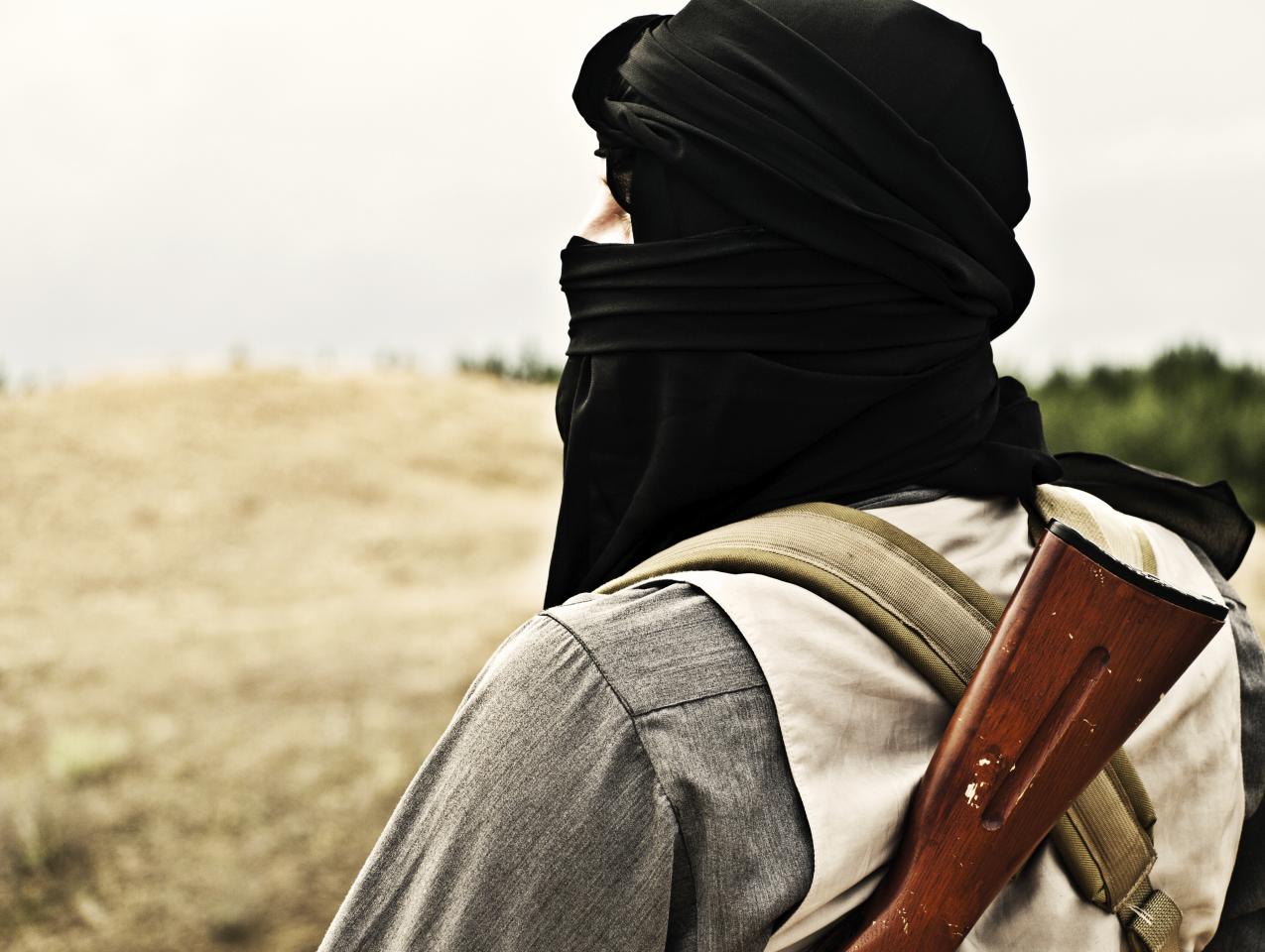 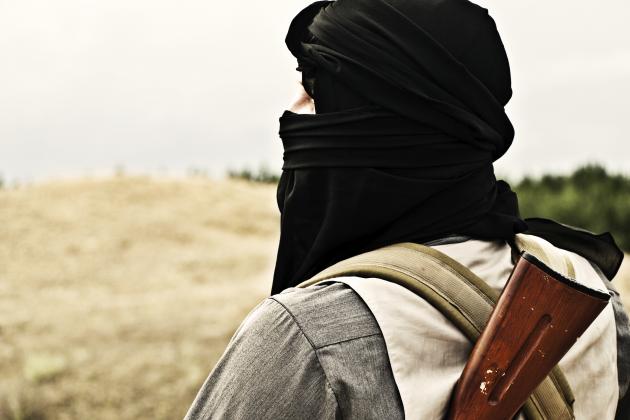 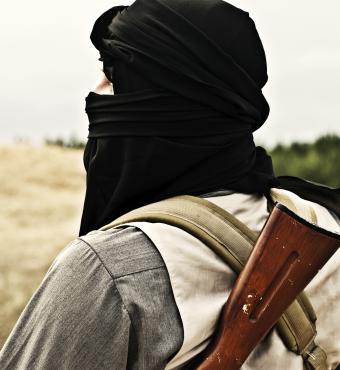 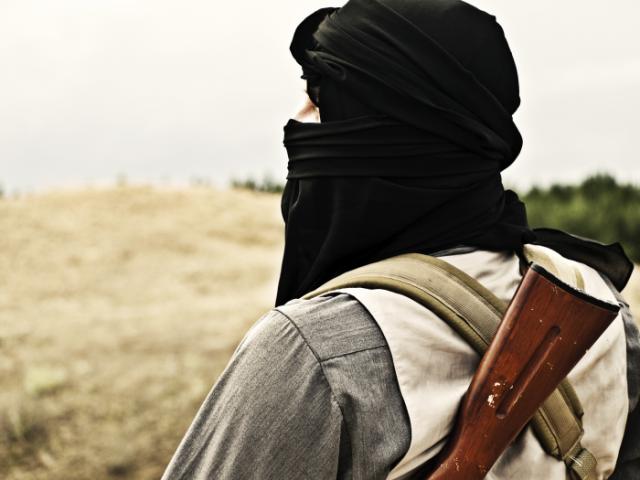 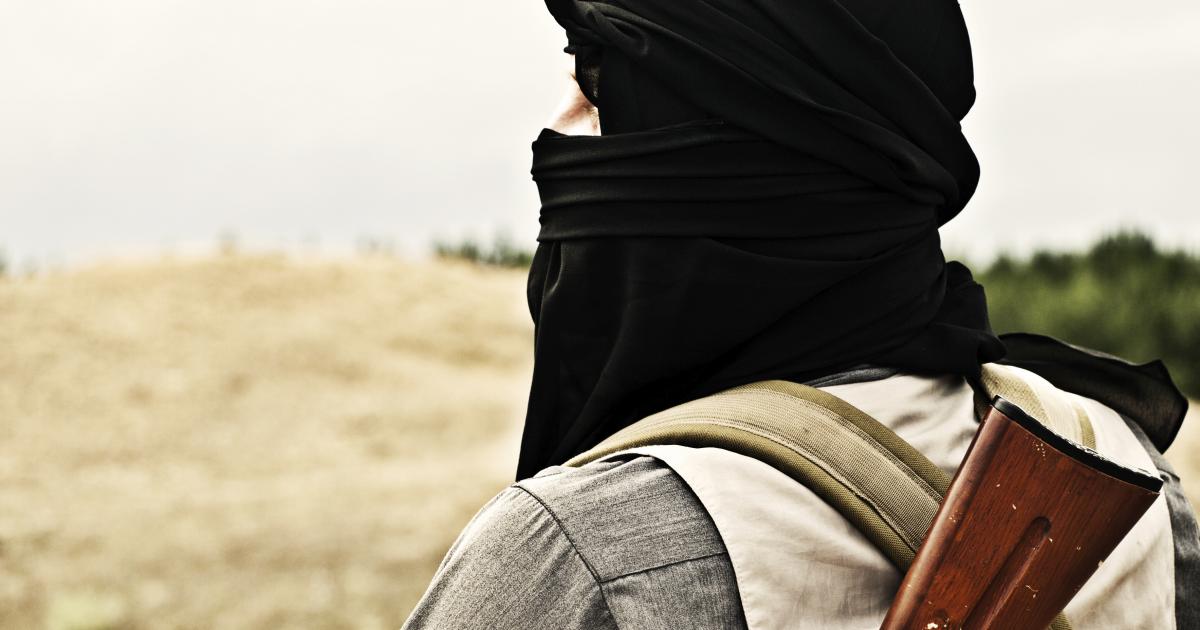 Over the last half-century, the Haqqani network has grown from a relatively small, tribal-based jihadist network into one of the most powerful terrorist syndicates in South Asia. And now, with the return of its Taliban allies to government in Afghanistan, this designated foreign-terrorist organization holds significant political power.

Since 2015, the network’s leader, Sirajuddin Haqqani, has served as the Afghan Taliban’s second-in-command, maintaining a monopoly on violence to exert unprecedented influence in the Afghan insurgency and diplomatic negotiations.

Now as Afghanistan’s Minister of Interior, Sirajuddin wields the instruments of state-sanctioned force. And it is nearly inevitable that this al Qaeda-affiliated terror network will resort to its long-favored signature technique of holding Americans as hostages, leveraging human shields against the possibility of drone strikes or other “over the horizon” counterterrorism operations.

If history is any guide, the Haqqani network will try to use hostages for political gain as well, attempting to force the U.S. to compromise on such matters as international recognition, financial sanctions, travel restrictions, and prisoner exchanges, Western officials say.

Although the Haqqani network is a semi-autonomous component of the Afghan Taliban, Sirajuddin has secured the role of “shadow shogun” of the movement, setting overall policy for the Taliban as a whole. While Taliban supreme leader Haibatullah Akhundzada could countermand Sirajuddin, Haibatullah’s power is due in large part to Haqqani’s de facto support.

Sirajuddin’s ascent in the new Taliban government is proof positive of what has long been evident to Haqqani cognoscenti, that the ultra-violent Haqqani network is not a “rogue” or “extremist” element that the more “moderate” Taliban seeks to use and control, but rather is an essential element that brings terrorism to the very core of the Taliban’s modern identity.

Counterterrorism experts Vahid Brown and Don Rassler have long demonstrated “the Haqqani network has been more important to the development and sustainment of al Qa’ida and the global jihad than any other single actor or group.”

As the United Nations ISIL (Da’esh), al Qaida and Taliban Monitoring Team stated in an interview for this research:

"The Haqqani Network retains its latitude to act deniably in contravention of general Taliban guidelines to secure tactical advantage for the movement. Apart from its connections to multiple terrorist groups, including both Al-Qaida and ISIL-Khorasan, the Haqqani Network appears to have leveraged influence in U.S.-Taliban discussions through the exchange of hostages for prominent members. Given the history of the Haqqani Network in kidnap-for-ransom activities, the group's success in gaining political advantage in this manner may have set a troubling precedent."

Sirajuddin is already holding at least one American captive, former Navy diver Mark Frerichs. Given the significant number of Americans still scattered across Afghanistan, with some estimates suggesting hundreds remain, U.S. policymakers should consider the likelihood that some will be unwilling or unable to leave, and will also fall into the Haqqani network’s hands.

For U.S. policymakers, understanding the ways in which terrorists have refined their use of captives to usurp American policy is an essential first step toward preventing a worst-case scenario: an untold number of Americans falling prisoner to a brutal terrorist organization.

Such an understanding should begin with lessons from the recent past. In 2017, the Haqqani network held captive more Americans than any other terrorist organization in the world. These included Army Sergeant Bowe Bergdahl, New York Times reporter David Rohde, the American-Canadian Coleman-Boyle family, and aid worker Warren Weinstein.

Empirical evidence shows that valuable leverage chips have included favors for terrorist allies. In exchange for the Haqqani-held Weinstein, for example, Al-Qaeda chief Ayman al-Zawahiri demanded Western concessions such as the cessation of drone strikes; the release of al Qaeda and Taliban detainees; and the closure of the U.S. military prison at Guantanamo Bay, Cuba.

This prisoner-for-concession tactic strongly suggests that until Americans are repatriated, the Haqqani network will seek to confront the U.S. with a no-win decision: Either refrain from ordering drone strikes or manned counterterrorist operations, or proceed and risk American lives and additional political fallout at home.

“The U.S. withdrawal from Afghanistan requires a reexamination of how we safeguard American interests and citizens in South Asia. As one example, Nagata stated, “Hundreds, if not thousands, of Americans and Westerners will remain in this region, and all will be potential targets for hostage-taking.” He further contends that “successful hostage rescue does not necessarily bring an end to hostage taking,” thereby leaving policymakers with difficult questions about how to reduce the vulnerability of potential hostages and the reduction of incentives for hostage takers.

It is hard to fathom anything less in our strategic interest than seeing Sirajuddin expand his “fountainhead of jihad” across the Afghanistan-Pakistan border, potentially cultivating the world’s largest terrorist sanctuary amid a region of nuclear-armed states. This is especially true as Pakistan and Saudi Arabia, and in more recent years, China, Russia, and Iran, have provided tacit support to the Haqqani network to hedge against security threats and to secure political order by proxy, Western officials say. Sirajuddin now serves as “the primary liaison between the Taliban and al Qaeda,” according to United Nations reports, and facilitates “tactical arrangements” with the Islamic State Khorasan Province to execute “plausibly deniable” acts of terror in Kabul.

If Sirajuddin can gain a measure of impunity under an American hostage shield, his network will not only survive, but he will further consolidate jihadist networks that already extend beyond South Asia. Haqqani’s track record demonstrates that when he has the opportunity to take American hostages to use to his advantage, he will do so. Now that this opportunity is present like never before, getting Americans out of Afghanistan should be not only the high humanitarian priority that it surely is but also a strategic priority of the first order.

Dr. Melissa Skorka served as a strategic adviser to General Joseph Dunford in the Haqqani Fusion Cell in Kabul and completed four consecutive tours in Afghanistan from 2011 to 2014. She is writing a book on the Haqqani Network as a Senior Fellow at Oxford University’s Changing Character of War Centre.

Dr. Melissa Skorka served as a strategic adviser to General Joseph Dunford in the Haqqani Fusion Cell in Kabul and completed four consecutive tours in Afghanistan from 2011 to 2014. She is writing a book on the Haqqani Network as a Senior Fellow at Oxford University’s Changing Character of War Centre.