When Bureaucrats Get Away With Murder

Regulations may be well intentioned, but their costs can be devastating and even life-threatening.

When Bureaucrats Get Away With Murder 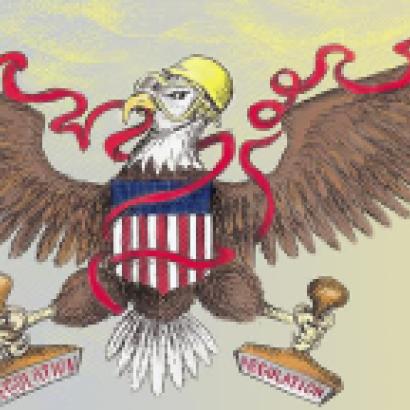 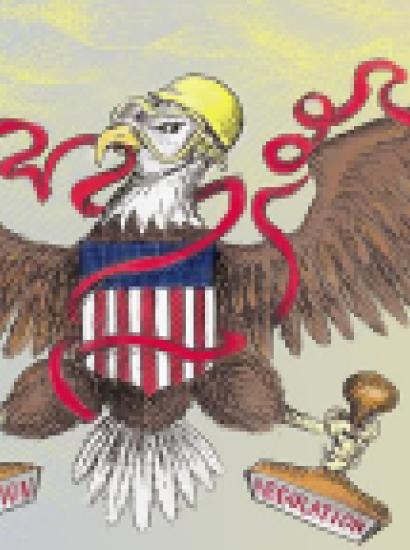 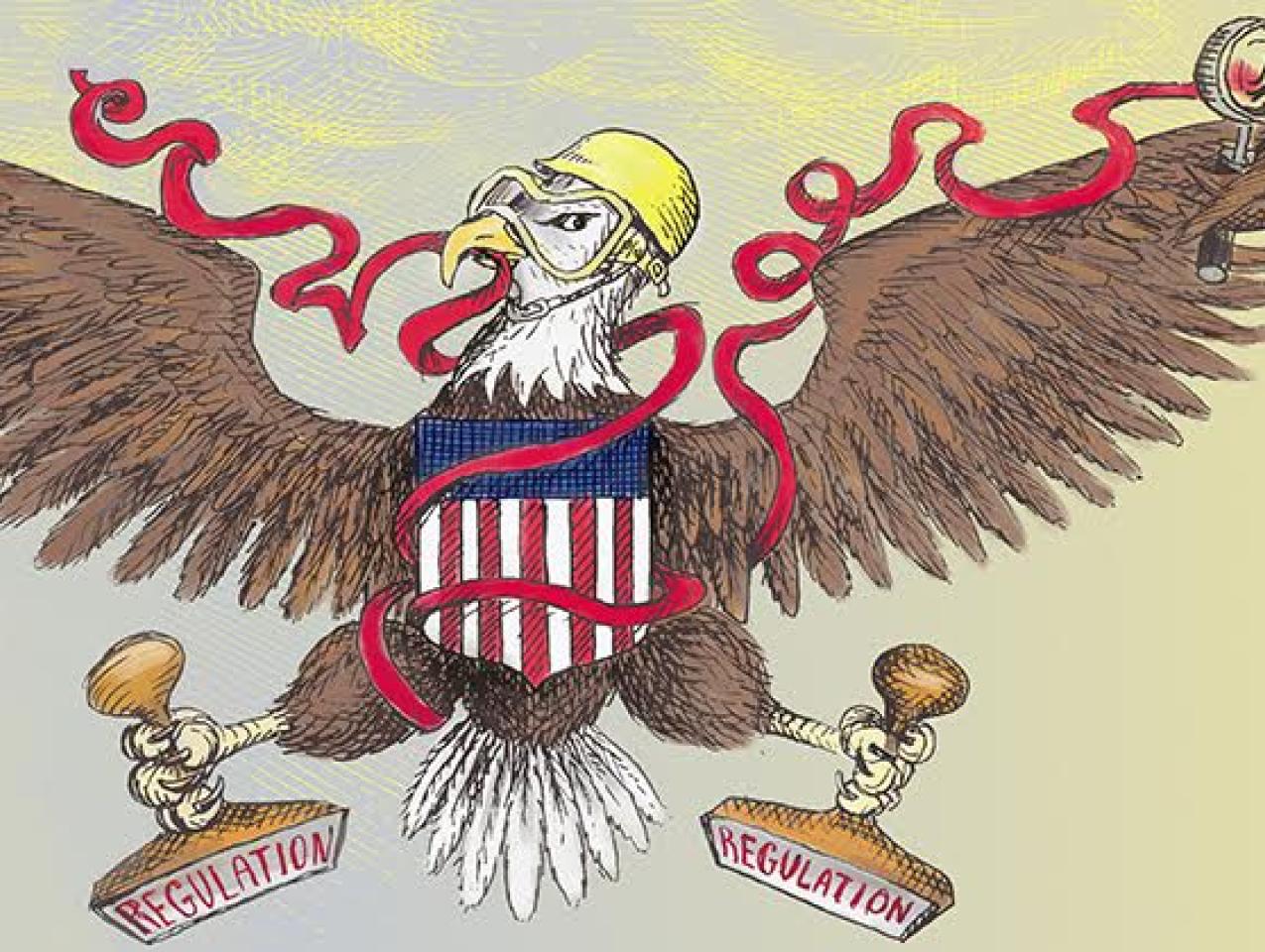 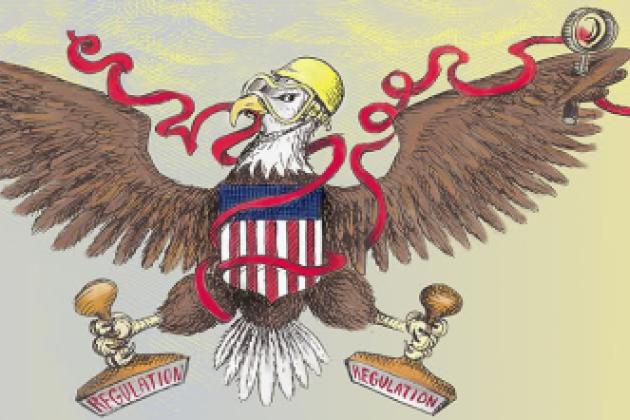 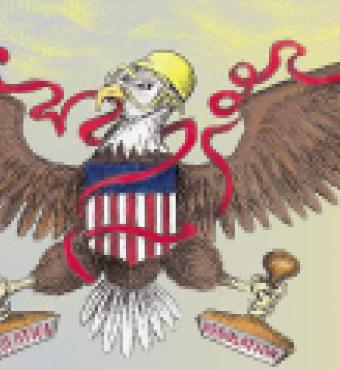 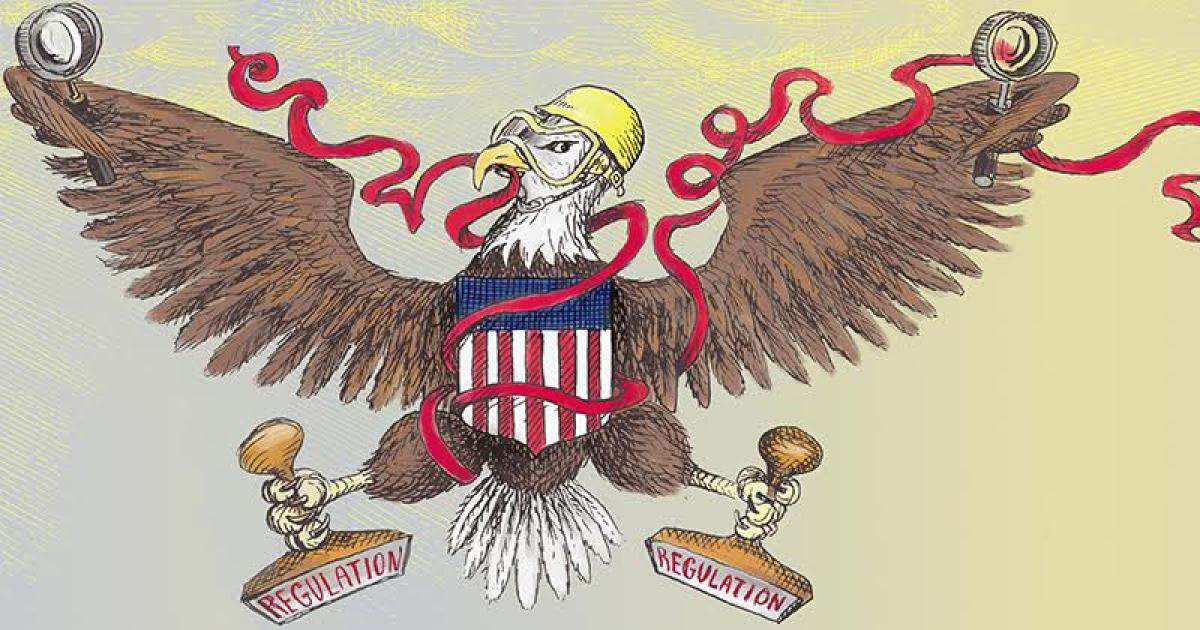 Most people don’t think a lot about government regulation. Sure, they know that there are rules about zoning and the licensing of doctors and that somebody evaluates the safety of pharmaceuticals. But they may not realize that the scope, magnitude, and influence of regulation on our lives are truly staggering. The Food and Drug Administration, for example, regulates products that account for more than a trillion dollars annually—25 cents of every consumer dollar—and the Environmental Protection Agency basically controls the quality of the water in our lakes and streams and of the air in every breath we take.

But the reassurance that regulation provides has costs, direct and indirect. Regulation that is wrong-headed or merely fails to be cost-effective actually costs lives. The lives saved or other benefits derived from government regulation should always be large enough to offset the costs.

The diversion of resources to comply with regulation—good, bad, or indifferent—exerts an “income effect” that reflects the correlation between wealth and health. It is no coincidence that richer societies or segments of the population have lower mortality rates than poorer ones. (This is demonstrable at the local level as well: California’s Marin County, just north of San Francisco, ranks number one in both health and per capita income while the poorer parts of the state, such as the Central Valley, score poorly on measures of health.)

To deprive communities of wealth via regulations that lead to inflated consumer prices, therefore, is to enhance their health risks because wealthier individuals are able to purchase better healthcare, enjoy more nutritious diets, and lead generally less stressful lives. Conversely, the deprivation of income itself has adverse health effects—for example, an increased incidence of stress-related problems, including ulcers, hypertension, heart attacks, depression, and suicides. Gasoline is an example: To reduce air pollution, California’s regulations require that refiners produce custom blends for the state so prices are higher here than in the rest of the continental United States. This disproportionately affects the poor.

Although it is difficult to quantify precisely the relationship between mortality and the deprivation of income, academic studies suggest as a conservative estimate that approximately every $7 million to $10 million of regulatory costs will induce one additional fatality through this indirect “income effect.” Because unnecessary deaths are the real costs of regulators’ “erring on the side of safety,” excessive regulation has been dubbed “statistical murder.”

Not surprisingly, the poorest and most vulnerable in society disproportionately bear the costs and impacts of excess regulation, while they enjoy relatively few benefits. In her study, “Regressive Effects of Regulation,” University of Utah economist Diana Thomas described the harm that attends regulation that fails to consider the real-world impacts on consumers of increasing costs of goods and services and/or lowering wages:

“[P]eople,” she writes, “make private decisions determining their diets, how safe of a car to buy, whether to install smoke detectors, the type of neighborhood in which to live, and counseling for drug and alcohol problems. As regulatory agencies address smaller and smaller risks—thereby driving up the prices of many consumer goods and lowering wages of workers in regulated industries—they crowd out expenditures people would make in their private lives that address larger risks and perhaps cost less than government risk regulation. This crowding out phenomenon will affect the less well off before it affects the wealthy because lower-income consumers may face higher risks in some areas of their lives and might wish to spend less on risk reduction overall. In this sense, regulation of health and safety risks, particularly regulation of small risks that are expensive to mitigate, can have a regressive effect on household income.”

In other words, Thomas concludes, not only do current trends in regulation make the less wealthy less safe, but “by focusing on the mitigation of low-probability risks with higher cost, regulation reflects the preferences of high-income households and effectively redistributes wealth from the poor to the middle class and the rich.” This is not the sort of redistribution of wealth that politicians say they favor.

The EPA is the prototype of agencies that spends more and more to address smaller and smaller risks. An analysis by the Office of Management and Budget found that of the 30 least cost-effective regulations throughout the government, the EPA has imposed no fewer than 17. For example, the agency's restrictions on the disposal of land that contains certain wastes prevent 0.59 cancer cases per year—about three cases every five years—and avoids $20 million in property damage, at an annual cost of $194 to $219 million. (Using the figure above of $10 million per death, that translates to about 20 fatalities per year.)

In his excellent book Breaking the Vicious Circle, written shortly before he became a U.S. Supreme Court Justice, Stephen Breyer cited another, similar example of expensive, non-cost-effective regulation by the EPA: a ban on asbestos pipe, shingles, coating, and paper, which the most optimistic estimates suggested would prevent seven or eight premature deaths over 13 years—at a cost of approximately a quarter of a billion dollars.

Breyer observed that such a vast expenditure would cause more deaths than it would prevent from the asbestos exposure, simply by reducing the resources available for other public amenities. Also, perversely, the very act of removing asbestos from existing structures poses greater risk from asbestos than simply leaving it where it is: During removal, long-dormant asbestos fibers are spread into the ambient air, where they expose workers and bystanders to heightened risk. When the EPA banned asbestos in 1989, it was already an old product whose risks and benefits were well understood. Nevertheless, political pressures from environmental activists pushed the EPA into making a decision that actually enhanced health risks.

Another example of flawed decision-making at the EPA is the imposition of overly stringent ambient air standards under the Clean Air Act. Clean air is desirable, of course, but an EPA rule finalized in February 2012 that created new emissions standards for coal- and oil-fired electric utilities was ill-conceived. According to an analysis by Diane Katz and James Gattuso of the Heritage Foundation, “The benefits are highly questionable, with the vast majority being unrelated to the emissions targeted by the regulation. The costs, however, are certain: an estimated $9.6 billion annually. The regulations will produce a significant loss of electricity generating capacity, which [will] undermine energy reliability and raise energy costs across the entire economy.” $9.6 billion in regulatory costs translates into almost a thousand deaths per year.

Sophie Miller (no relation to this author), a policy analyst at the George Washington University Regulatory Studies Center, has called attention to another Clean Air Act example—specifically, the provisions that mandate the EPA to set the annual volume of biomass-based diesel required to meet the agency’s renewable fuel standard: “For 2013, the EPA raised the applicable volume requirement for biomass diesel fuels by 28% from the statutory baseline of 1 billion gallons,” which EPA justified not because of environmental benefits but “on the basis of increased energy security, which it values at $41.2 million.”

But how about the cost side of the ledger? “The EPA,” Miller writes, “expects that the increased production of biodiesel (which is made from soybeans) as a result of the rule will increase the price of soybean oil by 3 cents per pound, or $66 per metric ton. Considering that the United States produced over 18 million metric tons of soybean oil in 2011, the price tag for mandating increased biodiesel production becomes astronomical.” The biodiesel mandate boosts commodity prices in the U.S. and worldwide.

According to Miller, the EPA’s own modeling predicts, “Fuel prices are expected to increase by between $253 million and $381 million in 2013 alone, or between $0.90 and $1.36 per additional gallon of biodiesel required by the standard.”

And that’s not all. Miller continues, “The EPA also estimates that this standard will cause up to $52 million in environmental costs from reductions in air quality, and will have modest but ‘directionally negative’ effects on water quality, water use, wetlands, ecosystems, and wildlife habitats.”

Another bureaucratic trick: the EPA has begun more frequently to invoke so-called “non-use benefits” of regulations, such as "the value one places on knowing that an aquatic ecosystem is healthy" or secondary and tertiary ecosystem impacts." The problem with such supposed benefits is that estimating them is highly prone to wishful thinking. (Read: outright plucking numbers from the air.) For example, regulators might “calculate” that a significant improvement in water quality in the Mississippi River could be a source of benefit to people throughout the nation, not just those who use the river or who live near it, because the river is nationally symbolic.

Because many EPA policies and actions torture statutes, science, and common sense to a degree that approaches malfeasance, it’s no surprise that the agency is regularly reined in by the federal judiciary. In a case decided in January 2013, the state of Virginia had sued the EPA over its attempt to regulate the amount of water flowing through Fairfax County’s Accotink Creek watershed in order to control sediment buildup. In other words, instead of regulating the sediment directly, EPA decided that water was a pollutant. This regulatory action would have cost the county at least $300 million and the state’s Department of Transportation an additional $70 million. However, a federal court ruled that that the EPA could not treat storm water as a pollutant under the Clean Water Act. In addition to striking a blow for common sense, that court ruling saved lives.

The EPA is relentlessly anti-science, anti-technology and anti-industry. Its officials routinely ignore that regulation has costs, direct and indirect, and that enlightened regulation should always strive to limit the intrusiveness of oversight to the level that is necessary and sufficient.

Policy by policy and decision by decision, the EPA (with significant help from other regulatory agencies) has decimated the nation's competitiveness, ability to innovate, and capacity to create wealth. An analysis from the Competitive Enterprise Institute estimated that the annual cost of compliance with EPA regulations alone is more than a third of a trillion dollars. (That’s more than 30,000 fatalities per year, using the $10 million figure.)

Shouldn’t we think more critically about government regulation, lest bureaucrats continue to get away with murder, particularly of those who inhabit the lower economic strata of our society?