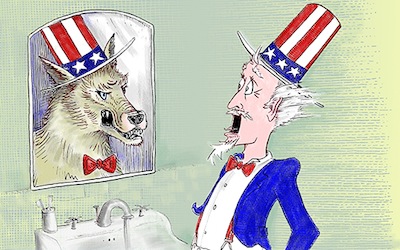 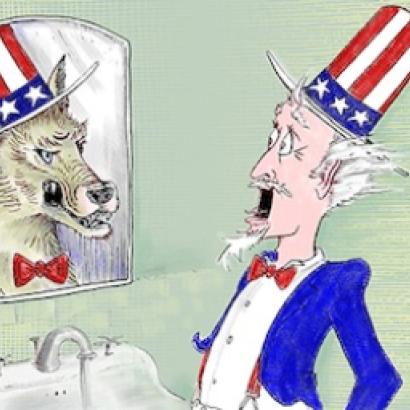 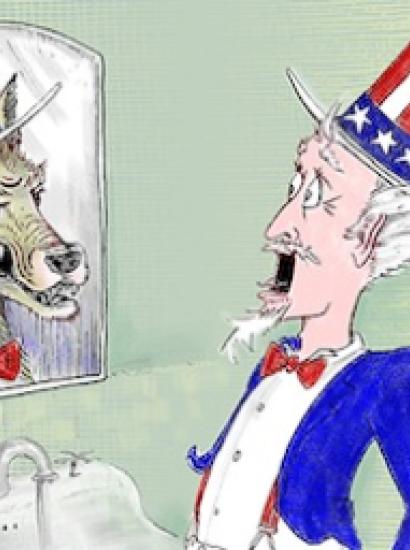 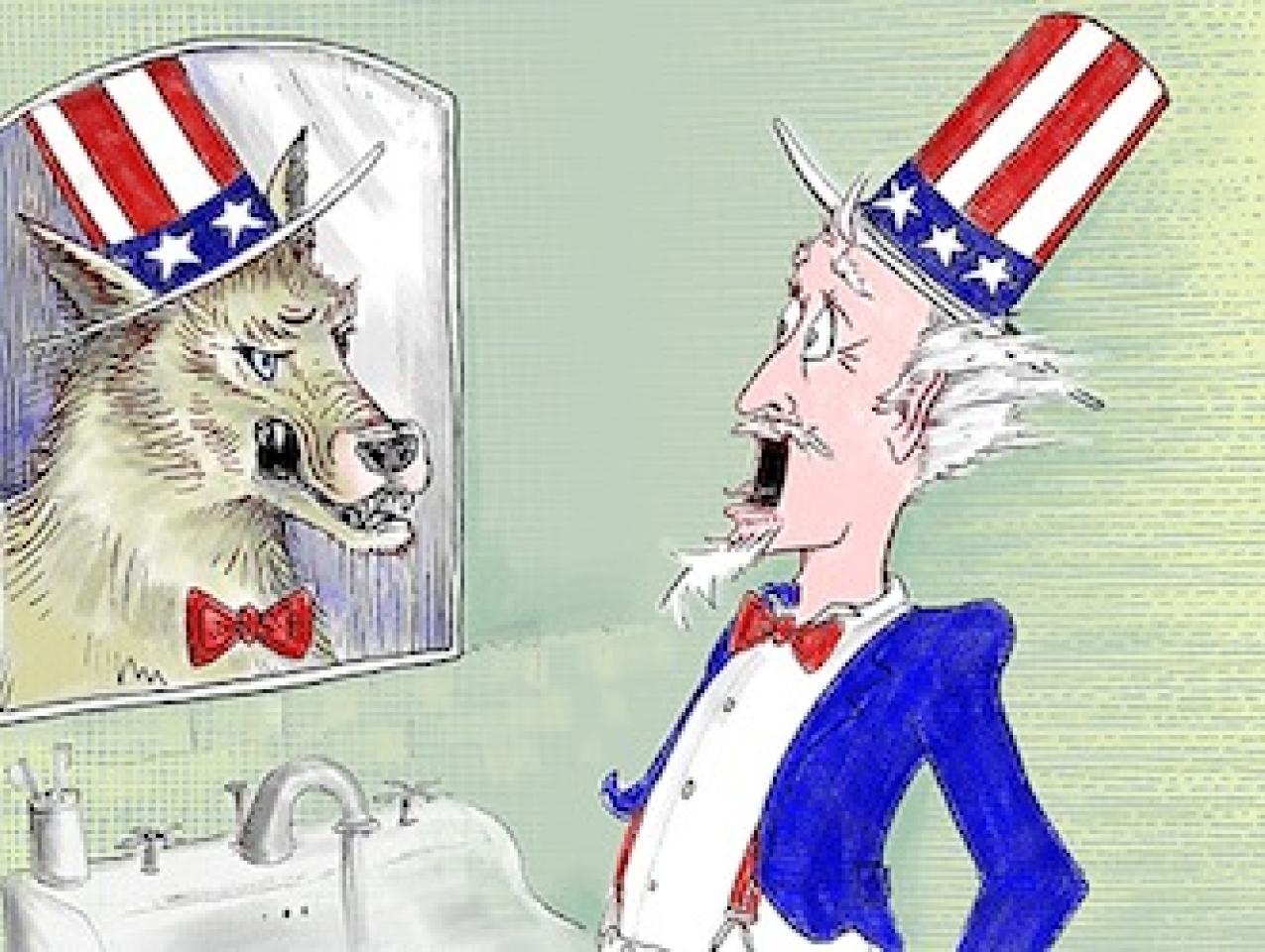 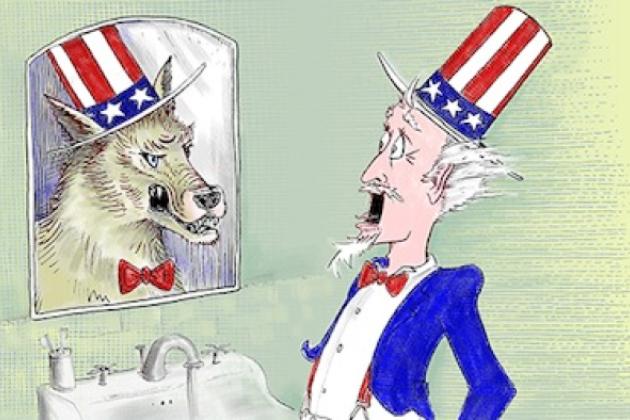 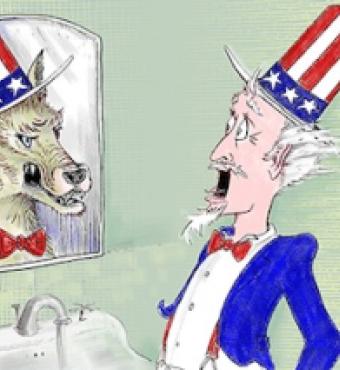 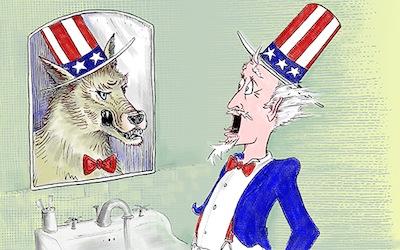 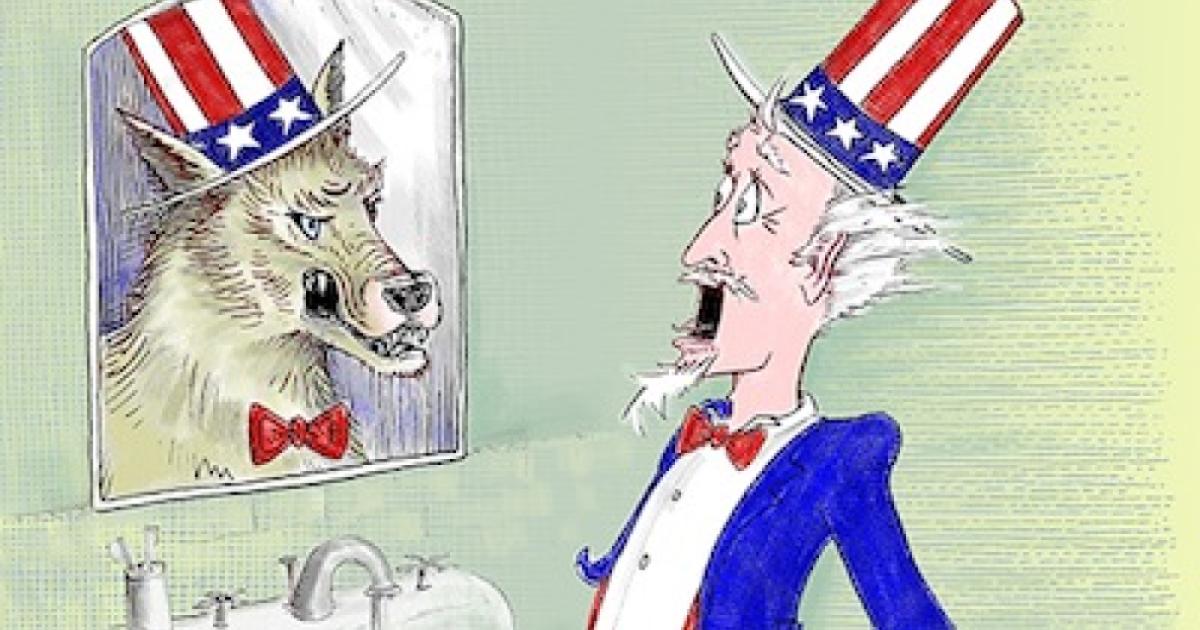 In the spring of 1982, when I was working in the Reagan administration, my friend Harry came to visit. He had started learning how to use kayaks and wanted to try out his skills on the Potomac River. I had never been in a kayak in my life, but I was excited also. So we rented two kayaks, tried them out on the placid C&O canal beside the Potomac and then decided that we were ready for the river. I had driven over the Potomac every day on the way to work, and it seemed like a calm enough river. How dangerous could it be?

When we walked down to the shoreline, we saw a big official sign that said, "WARNING: DANGEROUS CANOE PUT-IN."

Wrong. Within 50 yards of where we put in our kayaks, we were using all of our strength to navigate down a very rough river with substantial rapids. Within two minutes, I was worn out and was running on adrenaline. When I finally I got to my first bit of calm water, I relaxed slightly—and immediately tipped over. I was upside down and stuck in the kayak. I forgot what I had just learned about pulling the rope that held the “skirt” in place. I kept yanking my body for what seemed an eternity—and was probably less than ten seconds.

Finally, I yanked so hard that my body was released from the kayak. When my head got above water, I held on to the kayak—but saw that I was heading for the next big set of rapids. Fortunately, a seasoned kayaker appeared out of nowhere, told me to hold on to the strap on his kayak, and towed me to shore. I was lucky.

What had gone wrong? We had mistakenly dismissed the government’s warning. But why had we done so? Because the government so often cries wolf. The government warns us about many risks, large and small, and rarely gives any idea of the size of those risks. We have a kind of “warning pollution.” In economics, there’s something known as Gresham’s Law, which says, “Bad currency drives out good currency.” With respect to warnings, there’s a similar law, and since I’m identifying it, I’ll name it Henderson’s Law of Warnings: “Trivial warnings drown out serious warnings.”

The kayak incident happened 31 years ago, and, even then, I had become used to the government crying wolf. Since then, the warnings about trivial risks have increased substantially. In California, where I live, Proposition 65, passed by the voters in 1986, requires sellers to put warning labels on goods that contain chemicals that can cause cancer, birth defects, or other reproductive harm. Many products sold in California carry labels warning of this harm, even if the risk is tiny. Supermarkets post generic “Proposition 65 Warnings.” These warnings, generally at the entrance to a store, tell customers that the store contains goods that may cause cancer, birth defects, or other reproductive harm. Gee, that’s helpful. I’ve lived in California all the years since that 1986 law was passed and I, like virtually all Californians, have learned to tune out those Proposition 65 warnings.

That particular law has some costly, unintended, but totally predictable consequences. One is that certain vendors will not sell to the California market. My wife recently tried to buy red licorice from a vendor back east and was told, apologetically, that the company could not ship that particular product to California. It wasn’t illegal to do so. But the vendor would have had to put on the package a Proposition 65 warning that could easily have scared off customers in the other 49 states. Of course, the vendor could have had a special label on the containers shipped to California, but that would have entailed added costs that, presumably, were not worth bearing.

Now, failing to get a special licorice is what we might call a “first world problem.” It’s not a big deal. But here’s what is a big deal: death.

In Carmel, California, a few miles from where I live, is Monastery Beach, sometimes referred to by the locals as “Mortuary Beach.” At that beach, the undertow is particularly severe. Many people have drowned there. I remember one time reading in the local paper that all the members of a visiting family had drowned.

Notice the word "visiting." Almost all the people who drown there are tourists. Why is that relevant?

The locals tend to know about the undertow. Outsiders do not. On the beach, for well over 15 years, has been a big sign warning of the undertow. I think many tourists simply think the sign is typical government overstatement. They think the government is crying wolf. Then, even when the risk is real, they discount it heavily. And that causes some people to die.

And the government warns us all the time. Last month, I was in a long line to go through security screening at the San Jose, California airport. The Transportation Security Administration (TSA) had a monitor with a message that repeated every few minutes. Part of the message was TSA head John Pistole's warning of the dangers of terrorism. As I looked around, I could see that virtually everyone around me was tuning him out. What he said simply did not matter. The reality is that terrorism is not that dangerous. Death by a terrorist is a very low-probability event for any individual American. As national security analyst John Mueller wrote in “A False Sense of Insecurity”:

If the government were more judicious with its warnings and tried to focus on the high-probability dangers—and this is what governments do in many other countries—lives would be saved. Human life is simply too valuable to endanger it by incessantly warning people about small risks.