A Window into Modern Iran: The Ardeshir Zahedi Papers at the Hoover Institution Library and Archives—A Selection

Never-before-published records of Ardeshir Zahedi, Iran’s ambassador to the United States and minister of foreign affairs throughout the 1960s and 1970s, reveal the inner workings of the shah’s government before the Iranian Revolution. 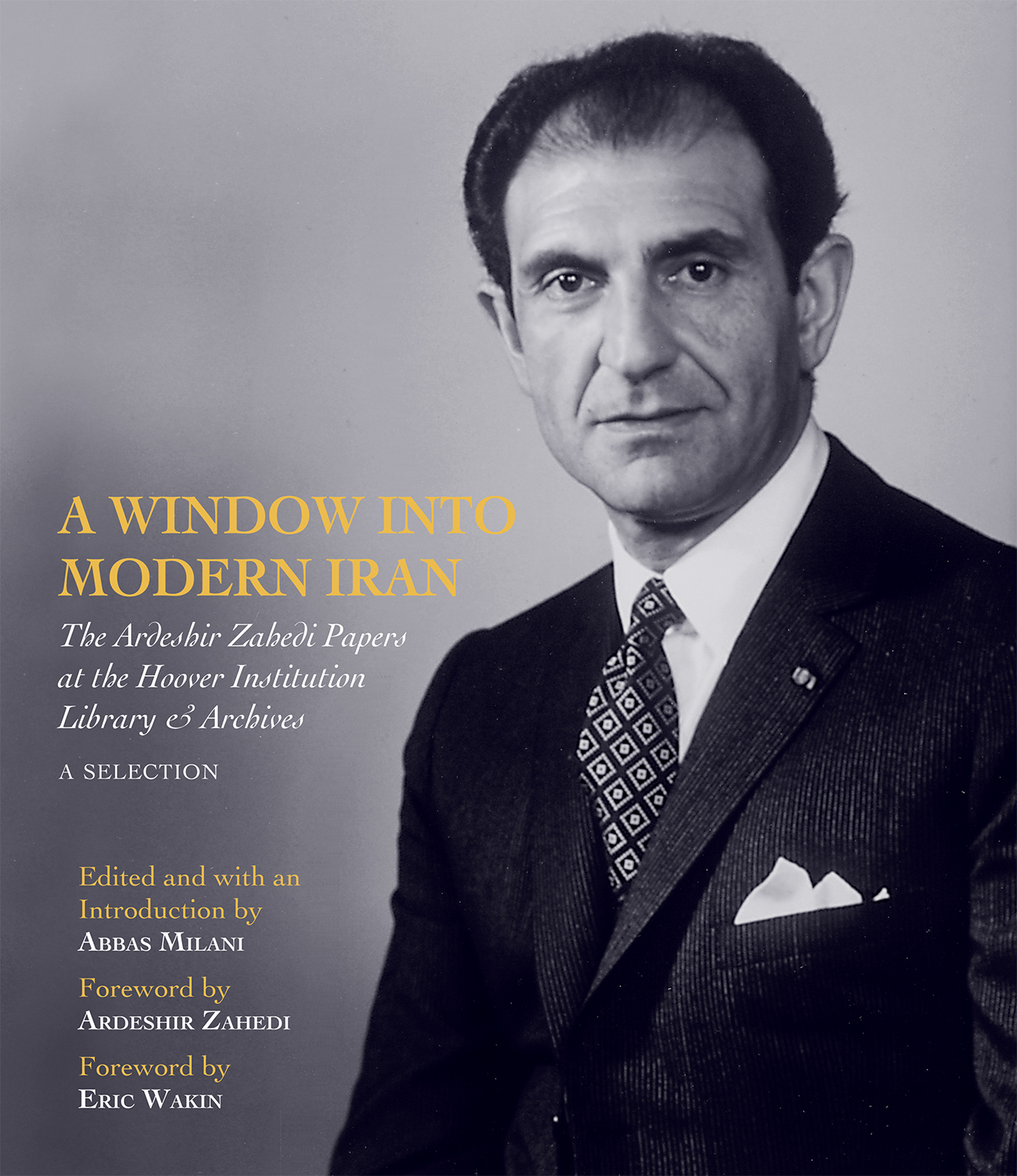 A Window into Modern Iran: The Ardeshir Zahedi Papers at the Hoover Institution Library and Archives—A Selection 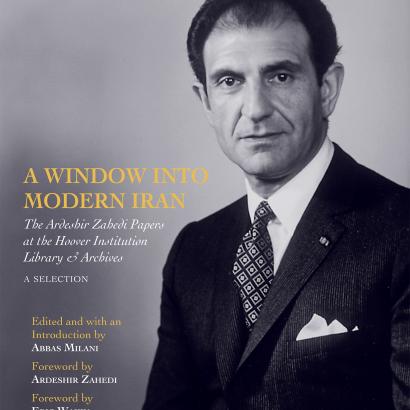 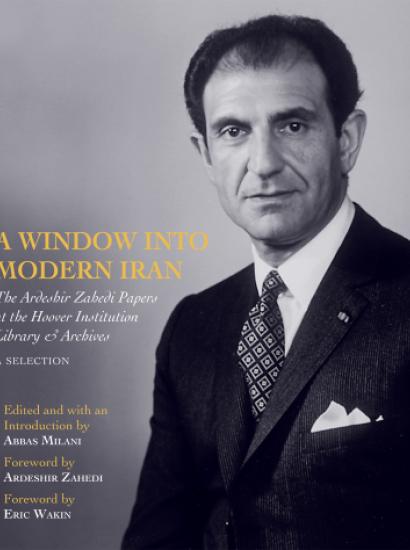 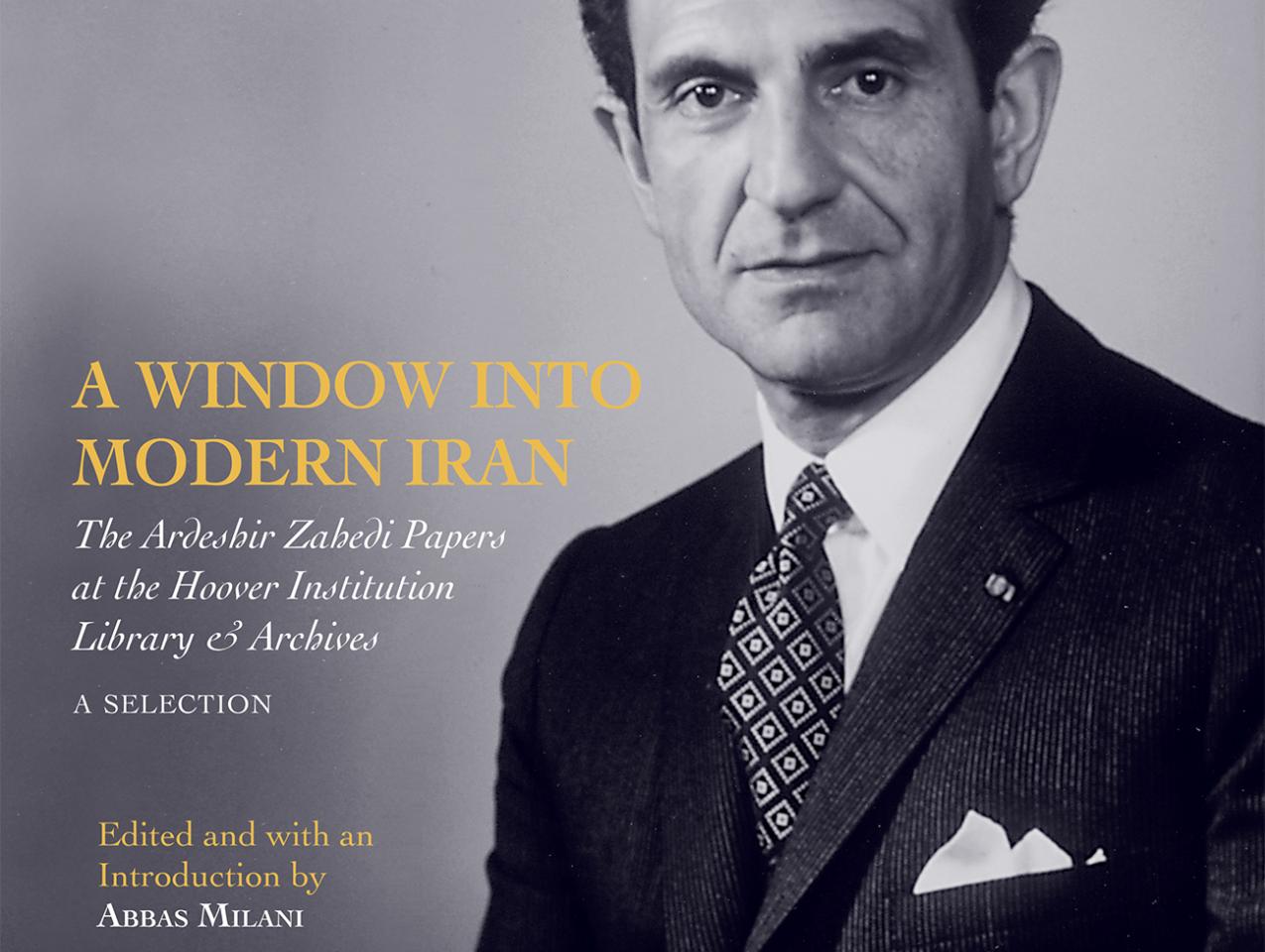 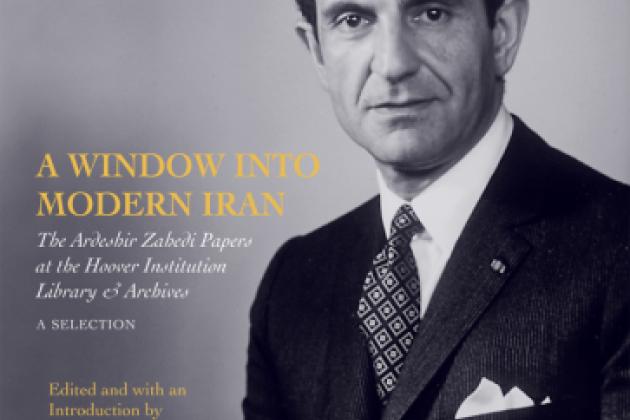 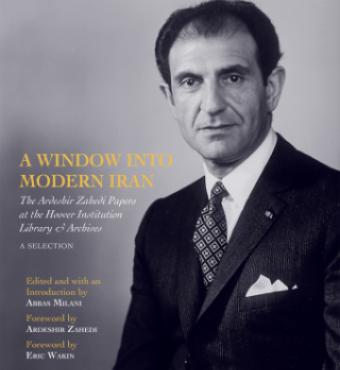 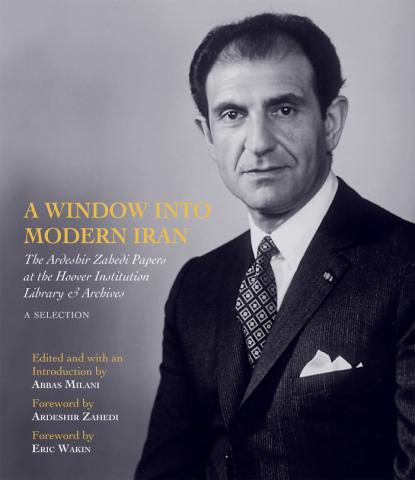 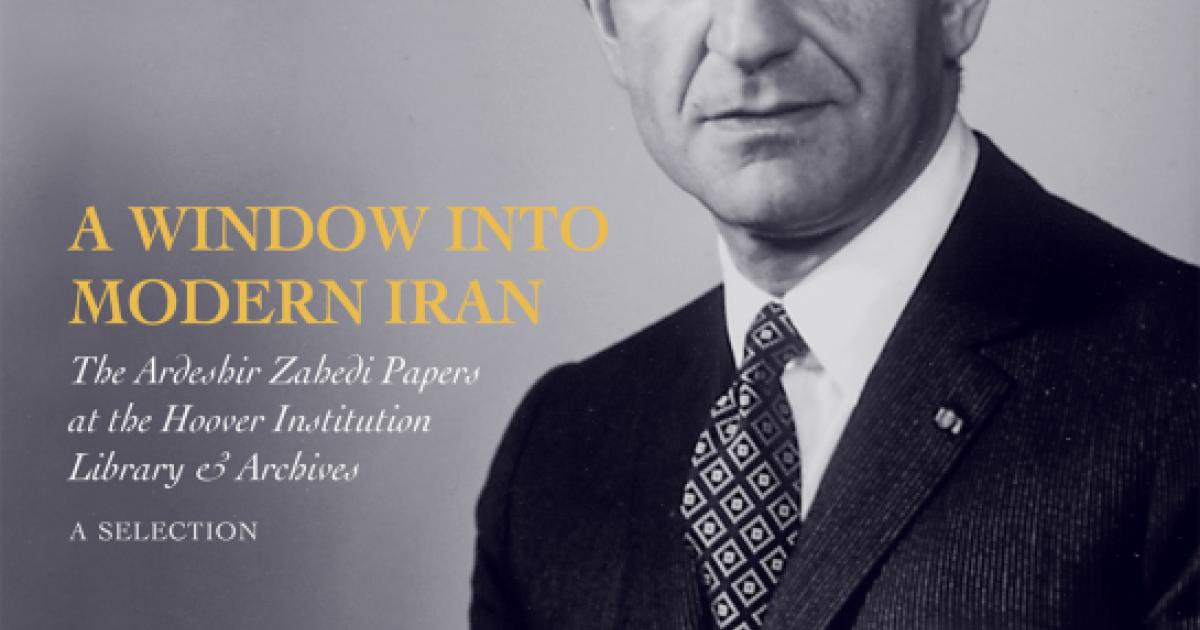 Ardeshir Zahedi, Iran’s preeminent statesman throughout the 1960s and 1970s, meticulously preserved thousands of records, letters, documents, and photographs. The son of general Fazlollah Zahedi—prime minister of Iran for the two years following the 1953 coup—Ardeshir was the nation’s ambassador to the United States and the United Kingdom and minister of foreign affairs. He was serving as US ambassador when the Iranian Revolution toppled the nation’s leadership in 1979 and was instrumental in arranging the shah’s exile. During his own forty years of exile, Zahedi devoted considerable time to organizing his archives, which he transferred to the Hoover Institution in 2009.

This volume draws on the invaluable resources preserved by both Zahedi and his father to offer fresh revelations outlining a century of Iranian history, providing insight into politics, foreign relations, and the inner workings of the shah’s government. It also illuminates the life of a remarkable personality who exerted considerable influence as an ambassador and trusted advisor to the shah, to whom Zahedi remained devoted and with whom he communicated on an almost daily basis.

Published for the very first time, the papers and photos included here are connected with many of the twentieth century’s most eminent public figures, from heads of state such as King Faisal and Ronald Reagan to cultural emissaries including Katherine Graham and Kirk Douglas. They are indispensable primary sources for scholarship on modern Iranian history and are critical for understanding society, politics, and international relations both in Iran and abroad.

Abbas Milani is the Hamid & Christina Moghadam Director of Iranian Studies and adjunct professor Stanford University. He is a research fellow and co-director of the Iran Democracy Project at the Hoover Institution.