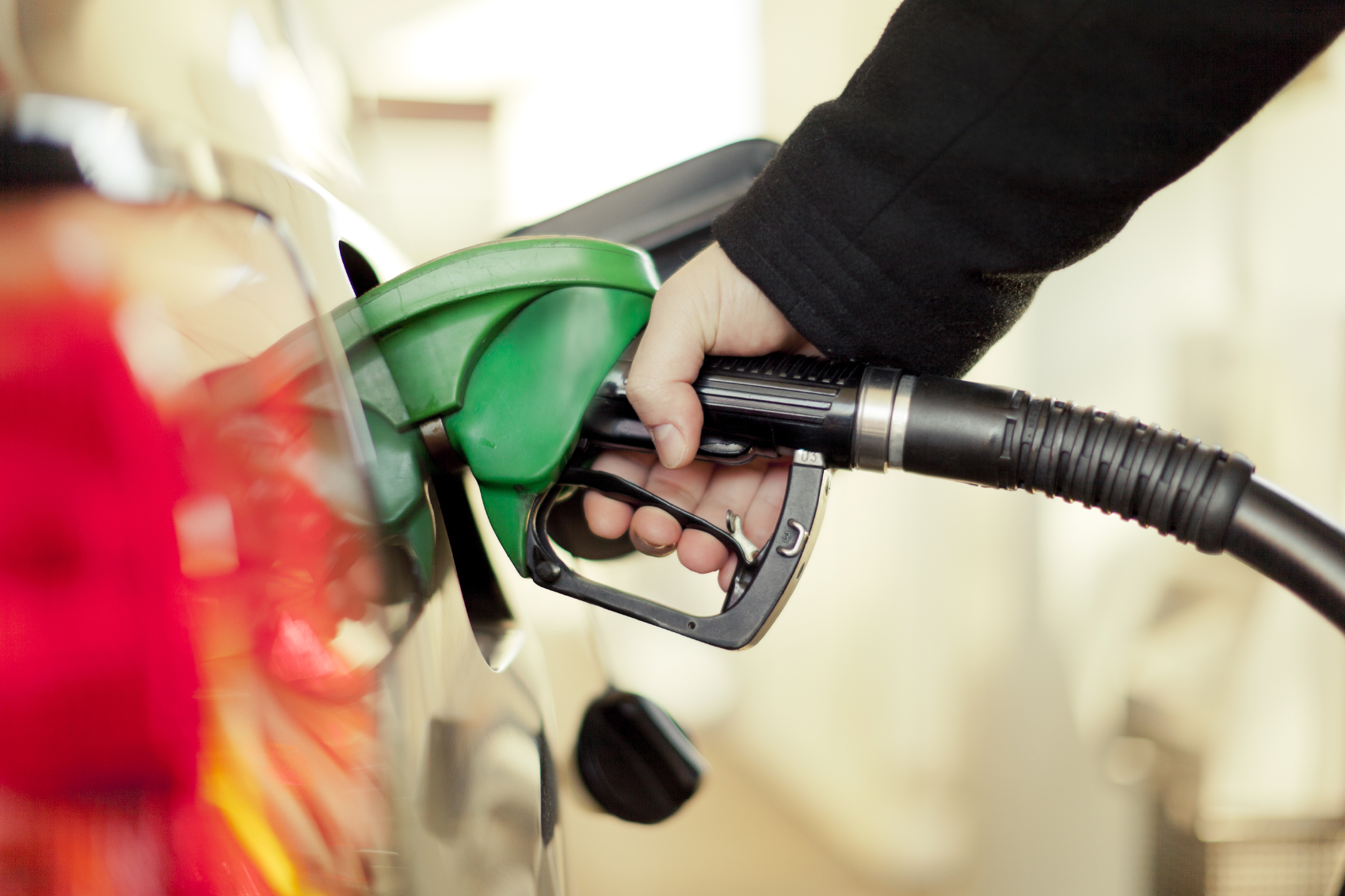 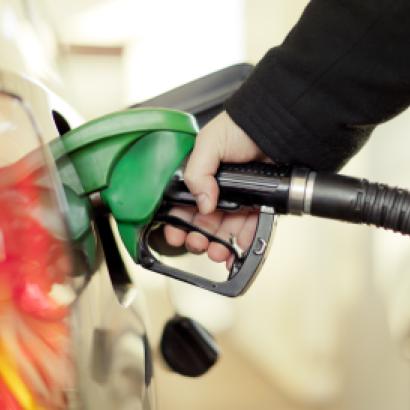 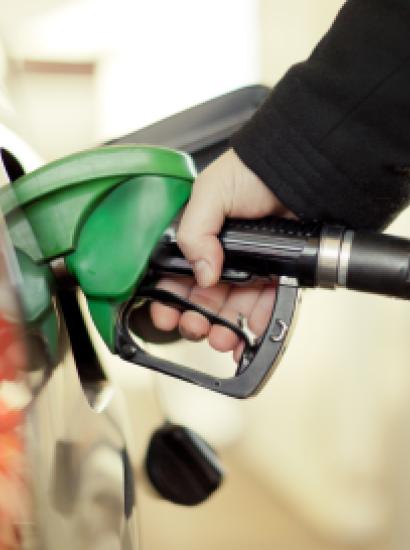 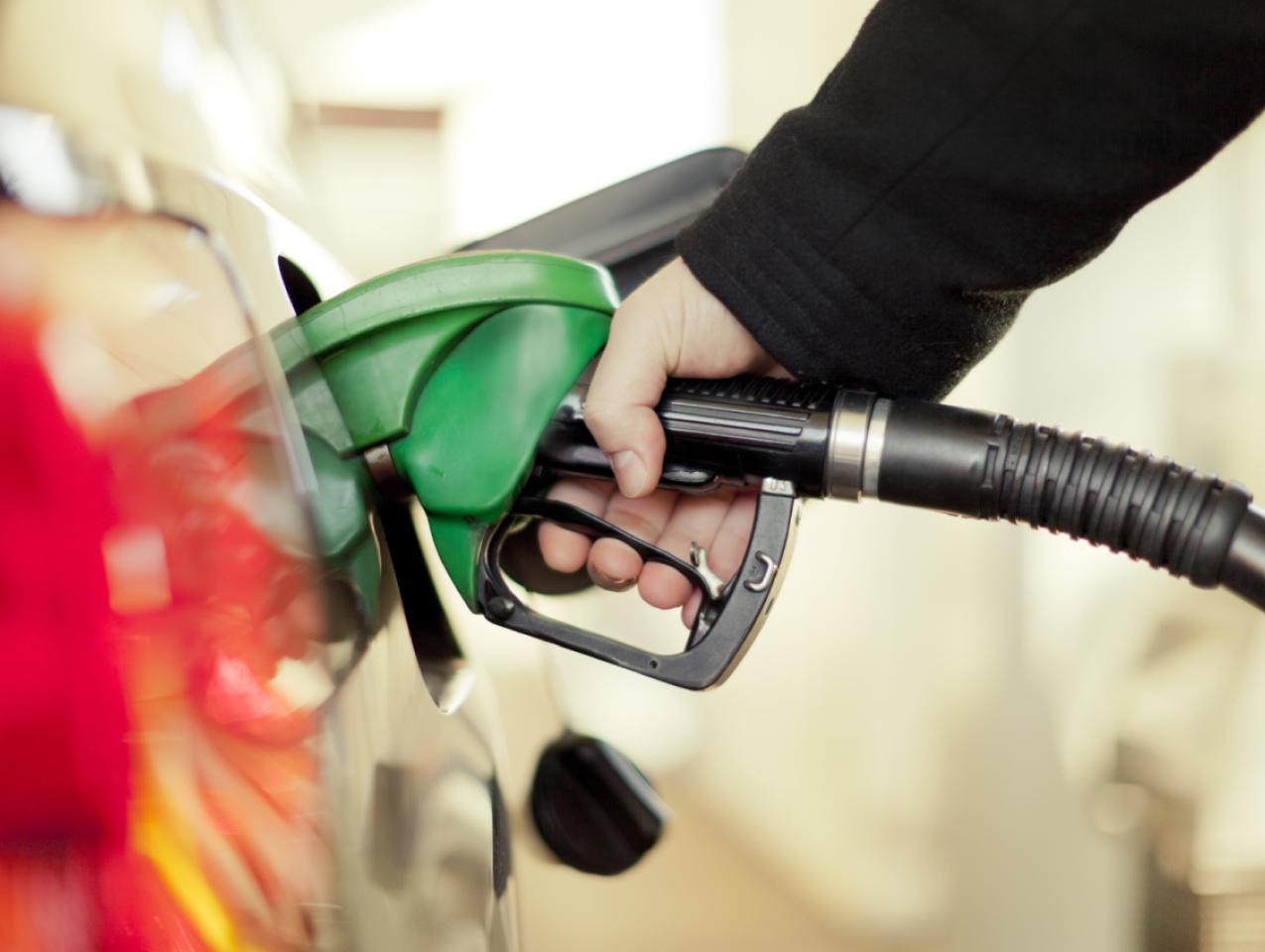 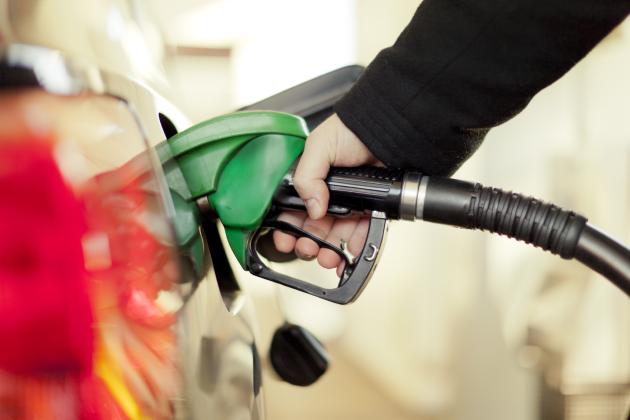 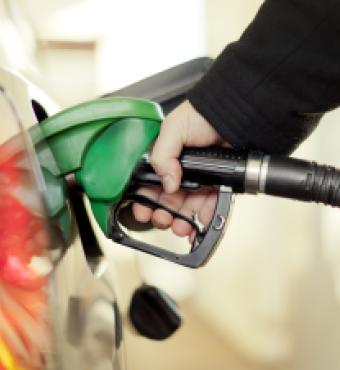 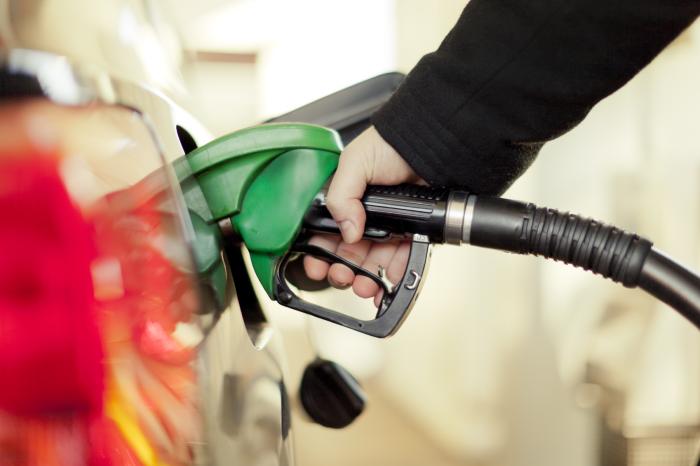 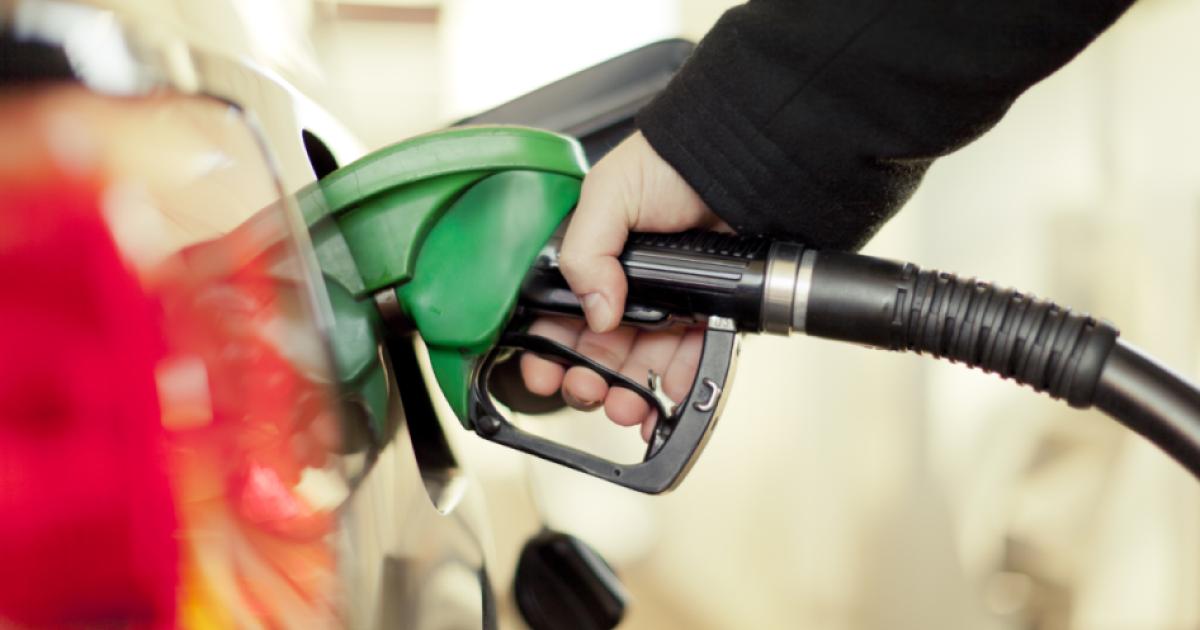 President Biden has issued firm instructions to FTC Chair Lina Khan to investigate whether big oil should be held legally accountable for the recent runup in oil prices. The fact of some price increase seems beyond dispute. The average monthly Brent crude price dropped as low as $18.38 in April 2020, at the onset of the COVID crisis, but had risen to $83.54 in October 2020. But look just a little bit further and matters are not so simple, for by November 19, 2021, that price had dropped to $78.60. Indeed, this nineteen-month period witnessed wide fluctuations in price. Nonetheless, without referring to any price data, Biden broadly claimed that the “mounting evidence of anti-consumer behavior by oil and gas companies” should trigger an investigation into potential collusive behavior.

Given that “gasoline prices at the pump remain high, even though oil and gas companies’ costs are declining,” such alleged behavior, Biden assumes, has allowed big oil companies to double their profits since 2019, thereby allowing for stock buybacks and dividends in the coming year. “Hard-working Americans”—a tried and true appeal to populist instincts—should not be “paying more for gas because of anti-competitive or otherwise potentially illegal conduct,” he said, which is why he has urged the FTC to bring “tools to bear” to ferret out and punish any possible wrongdoing.

It should be apparent that it does not take much in Biden’s eyes to instigate a lengthy and hostile investigation. Rising profits are no antitrust violation when they generate dividends, many of which end up in the pension funds of those hard-working Americans. And buybacks and dividends free up capital for either consumption or further investment. Unfortunately, in Lina Khan’s new age of antitrust enforcement, it appears unnecessary to allege anything that would make the price-fixing claim credible, for just how are the oil companies able to conspire to keep prices artificially high? OPEC finds that task difficult even with its formal agreements and enforcement powers. But the number of potential participants for any effective covert oil and gas price-fixing scheme must be few in order to deter individual companies from deviating from the cartel price by offering hidden concessions to its preferred customers. That does not seem possible when the roster of the ten largest oil companies reads as follows: 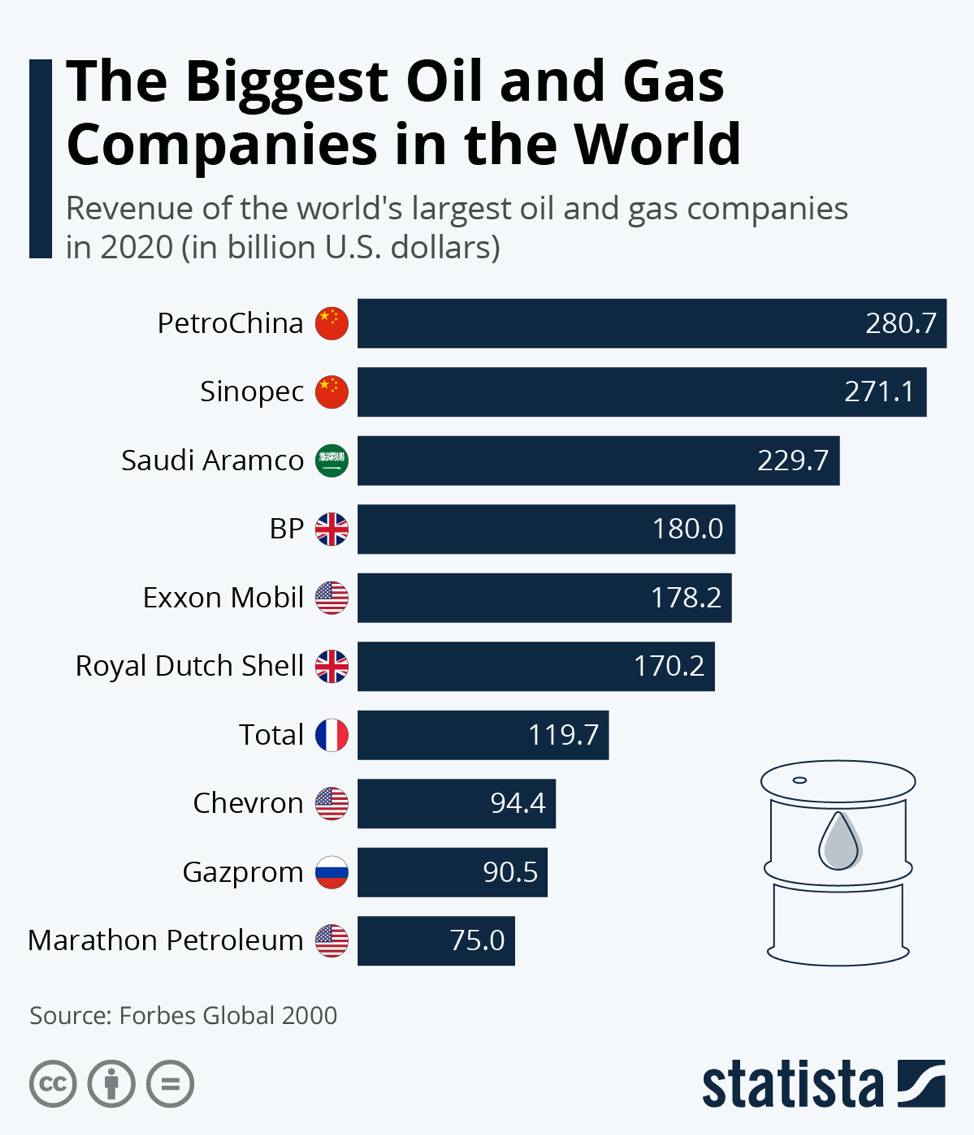 The oil and gas market is global—good luck with any effort to investigate the three largest companies, all state owned, on the list. In any event, a market with at least ten major players is not a ripe target for any price-fixing behavior—this entire exercise looks like a political stunt by a president languishing in the polls. In order to make any credible case for price fixing, the FTC will have to point to some coordinated behavior by the targeted companies, which neither the White House nor any independent source has to date found. To be sure, it may be possible in some limited settings to infer coordination of prices from parallel behavior in select product markets. Nonetheless, even the most aggressive version of this theory is restricted to examining prices of a single product in a limited geographical area.

Thus, in the Petroleum Products Antitrust Litigation of 1990, Ninth Circuit Judge Dorothy Nelson allowed a price-fixing case to go forward solely on circumstantial evidence of variations in observed retail “pricing patterns.” Judge Nelson accepted the theory that companies could control their dealer gasoline prices in the retail market by varying the discount from the so-called “dealer tankwagon” benchmark price at which they sold gasoline to dealers in four Western states: Arizona, California, Oregon, and Washington.

In contrast, it is wholly impossible to apply the same theory to a scenario with multiple producers in a global market, relying on a supposed connection between sales of “unfinished gasoline” of different types and the price at the pump—especially when the current US government predictions call for an easing of prices in 2022. This connection becomes even more tenuous in light of simpler explanations for the price fluctuations, such as the resurgence of demand for crude oil after the huge slowdown in demand in 2020. At this point, the rise in total demand will lead to an increase in the price of gasoline even if the costs remain constant. And the same result could easily occur when  the upward movement in the demand curve is larger than any reduction in the costs of production.

To make matters still more complicated, total American daily output at about 11.4 million barrels today is about 12 percent below the pre-COVID highs of about 13.0 billion gallons, when a limited supply points to higher prices. It is also well understood that the price of gasoline at the pump is only imperfectly correlated with the price of crude oil at the wellhead, and that deviations between the two sets of prices are common occurrences, happening on an annual basis in both good times and bad. Total transportation costs could have easily spiked given the well-documented supply chain difficulties. In addition, crude oil needs additives to become gasoline, which offers yet another wedge between prices at the wellhead and those at the pump. Hence, it is highly likely that this particular investigation will draw a blank, just like previous ones by both parties attempting to detect price-rigging in this market, including the 2006 efforts of the George W. Bush administration to go after price gouging in the gasoline market.

But when the FTC proves unable to identify “any anti-competitive” behavior that leads to a decline in consumer welfare, Biden’s further reference to “otherwise potentially illegal conduct” leaves enough wiggle room for Khan and her fellow Neo-Brandeisians to concoct some novel charge against big oil, without proving any impact on either prices or quantities of oil and gas sold.

Instead of going up this dead end, the proper course of action for the FTC is to look at the other side of the problem and to ask, as the American Petroleum Institute insists, about the constraints that the Biden administration has placed on production and distribution of crude oil in the United States. On the former, the Biden administration has taken a consistent anti-fracking stance with respect to leases of federal lands as part of its campaign to reduce American dependence on fossil fuels. Yet at the same time, it has begged OPEC to substantially increase its output in order to reduce the shortages at home, stemming from Biden’s fixation with global warming, which has led him to champion extensive limits on the domestic production of fossil fuels. But of course, any harm from greenhouse gases released by foreign oil and gas is every bit as great as that from American sources.

Moreover, the Biden decision plays into the hands of Vladimir Putin by giving his Gazprom operations a chokehold position over the sales of natural gas to Western Europe. Hence, the Biden policies produce no net reduction in global warming while also compromising American power in foreign relations. What is needed now is a firm commitment to spur American production of oil and gas for the export market to counterbalance, even belatedly, the Russian geopolitical advantage.

But far from taking this view, Biden has done the exact opposite. His decision to pull the plug on the Keystone XL Pipeline the day he assumed office signaled his misconceived priorities: preferring wind and solar to fossil fuels, even when they cannot do the job. He is now seeking to double down on his efforts to strangle the production and use of fossil fuels by taking seriously the shutting down of existing pipelines. Thus, the prolonged battle over the possible closure of the Enbridge Line 5 pipeline near the Straits of Mackinac again reveals the high cost of indecision. Shutting it down would distort energy markets throughout the state. But a decision to engage in prompt repair, improvements, or even reconstruction could avert that prospect while minimizing the risk of spillage.

A similar battle is going on with respect to the operating $3.8 billion Dakota Access Pipeline, which runs about 1,172 miles from the Bakken fields in North Dakota to Patoka, Illinois, and which currently ships some 570,000 barrels of oil. It is a sign of the skewed energy policy that there continue to be intensive efforts to shut down the pipeline even after it has been in operation for over three years without any incident, because the Standing Rock Sioux Tribe insists that its treaty rights to the “undisturbed use and occupation” of its territory gives the tribe the right to shut down the entire pipeline to prevent a highly remote probability of damage.

Removing barriers to shipment of fossil fuels is a double winner. The expanded supply of fossil fuels will reduce the pressure on prices while eliminating the greater environmental risks from shipping crude oil by truck and rail. The Biden administration should not seek to persecute the oil and gas industry with its ill-advised witch hunt. Instead, it should employ its investigative powers to review its own destructive energy policies.