You Say You Want A Revolution?

To paraphrase the Beatles: Well, you know, you’d better free your mind instead; you may want a revolution but ought to settle for some evolution. 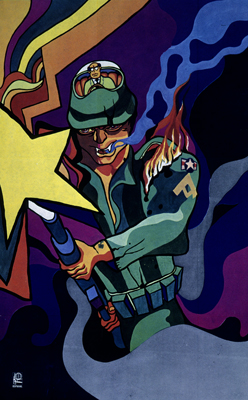 You Say You Want A Revolution? 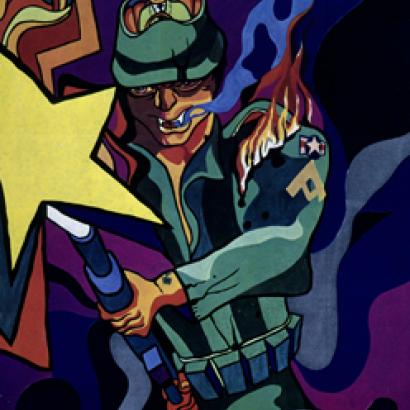 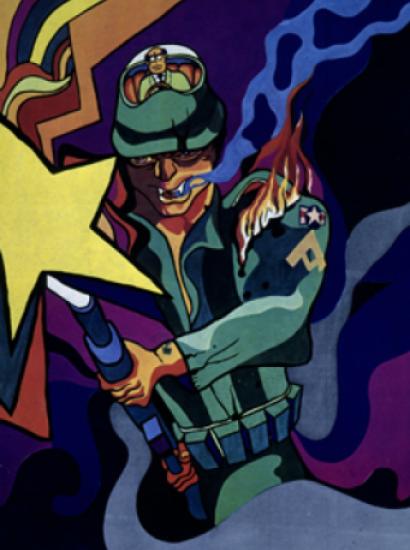 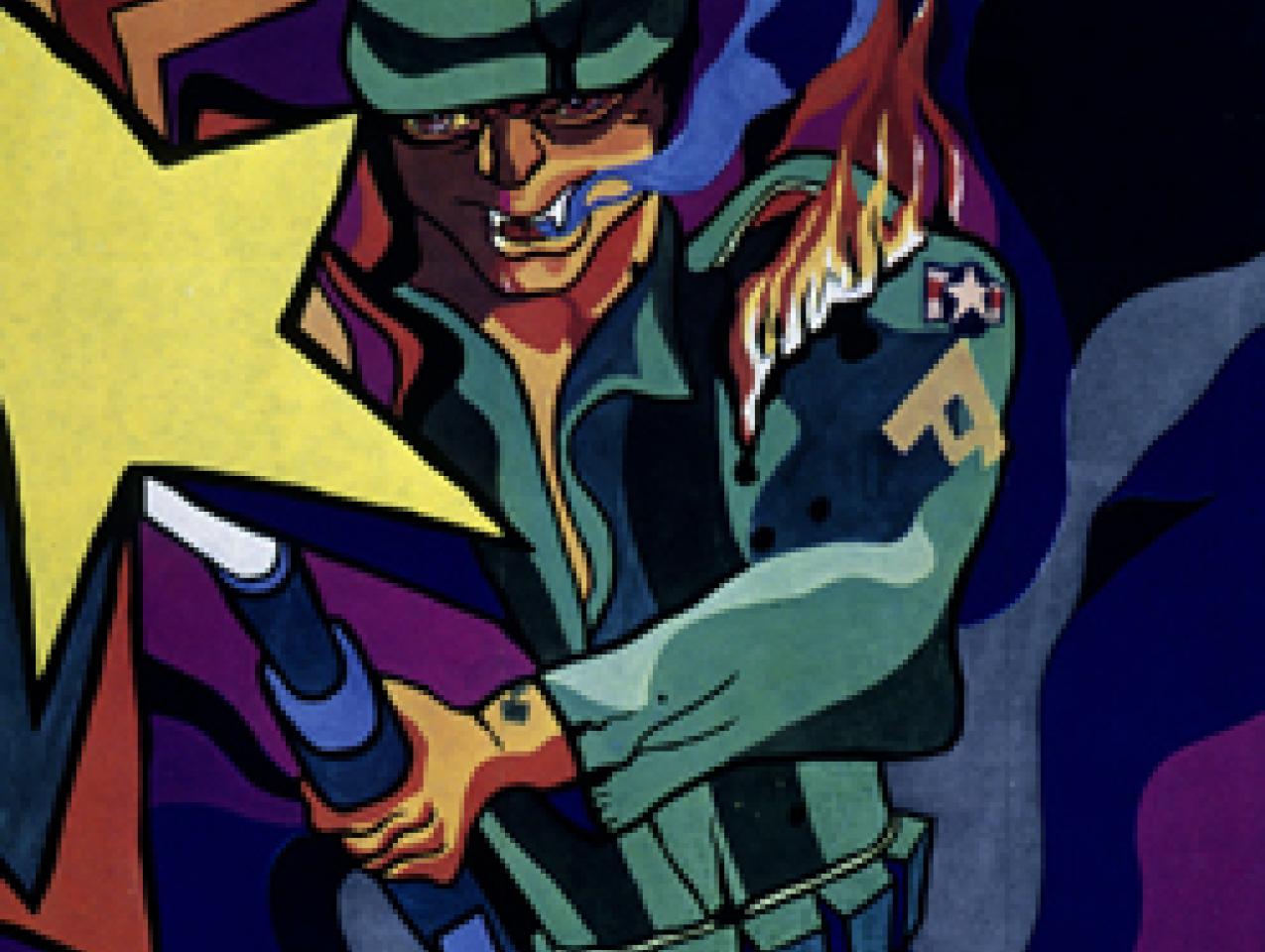 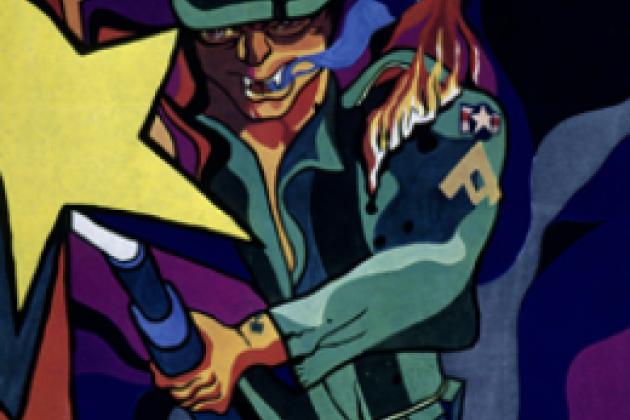 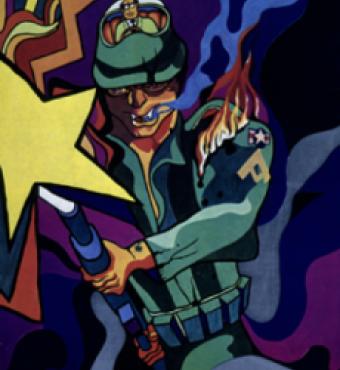 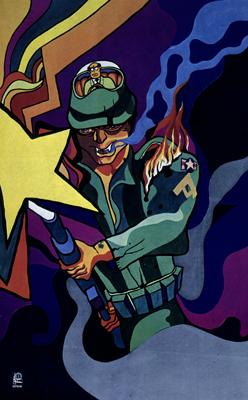 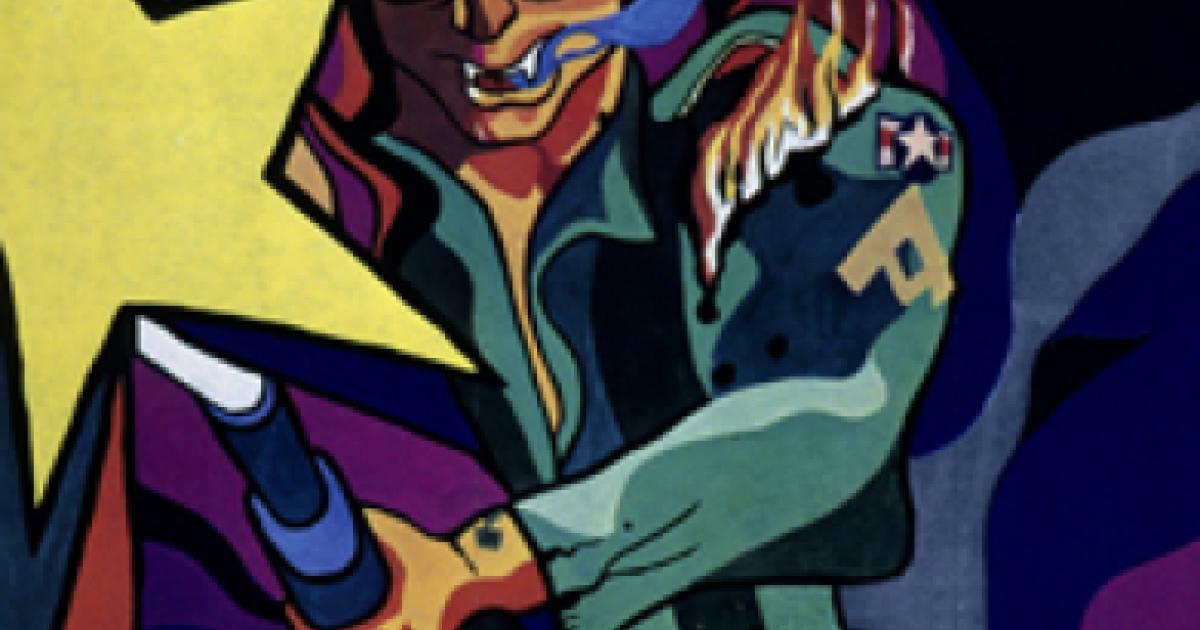 To paraphrase the Beatles: Well, you know, you’d better free your mind instead; you may want a revolution but ought to settle for some evolution.

It is an article of revealed religion among defense elites that “we live in a relentlessly changing and fiercely competitive world.” Those words were from former Defense Secretary Ashton Carter, once a physicist and someone deeply imbued with the idea that technological change and competition were the elements propelling change, and that those who failed to “innovate” were doomed to defeat: “Today’s era of military competition is characterized by the additional variables of speed and agility, such that leading the race now frequently depends on who can out-innovate faster than everyone else, and even change the game.”

Such attitudes took root in the late Cold War, back when the Pentagon had a “director for defense research and engineering”—a powerful post separate from the actual weapons-buying bureaucracy—and invested substantial sums in the Defense Advanced Projects Research Agency. These agencies were dominated by engineers, practical people whose goal was not science per say but to find ways to put new technologies into the hands of soldiers, sailors, airmen, and Marines. But the combination of the Cold War’s end and the endless small wars of the post-9/11 years has inverted this traditional approach; the leaders of the Defense Department have been driven by the immediate need to respond to today’s enemies—all of them unpredicted—and have luxuriated in an extreme form of futurism—dreams that must inevitably go unfulfilled.

The failure to build and field in important numbers the weapons designs of the 1990s has all but deprived U.S. forces of the conventional-force superiority that is a premise of their strategy. The past failures to innovate incrementally have added up, even though the Russians and Chinese—and, increasingly, their Iranian partners in what Walter Russell Mead has dubbed the “Axis of Weevils”—have done little more than attained the level of lethality and sophistication reached by U.S. forces during Desert Storm. And since the Weevils are, for the moment, entirely engaged in moving into the vacuum created by American withdrawals rather than testing their strength directly, it is hard to know what level of tactical competence they have really derived from their belated modernization, but the balance of military power has undoubtedly shifted. National Security Advisor Lt. Gen. H.R. McMaster put the matter succinctly: “When we minimize our Army, we maximize the risk to our soldiers, the risk that in a crisis they will be forced to enter a fight too few in number and without the training and equipment they need to win.”

In such circumstances, broad programs of military “transformation”—Donald Rumsfeld’s dream or a “third offset,” and Ash Carter’s homage to former Defense Secretary William Perry and the creation of “stealth” aircraft—are not relevant. Photon torpedoes, warp drives, and cloaking devices remain in the realm of the starship Enterprise. Better the urgency of President John Kennedy, who vowed to put an American on the moon “in this decade,” than the spirit of Captain James Kirk. And in fact, there are fairly mature military technologies that meet the test of restoring the tactical advantages that U.S. troops once enjoyed.

Perhaps the most tantalizing near-term technologies are related to the substitution of intense amounts of electrical energy for the explosive power of gunpowder. This comprises a kind of catch-all category that subsumes several developments and could have—at least to leaders with an engineering mindset—multiple applications. Fielding electrical-energy-based weapons depends upon the ability to generate and to store immense amounts of power, and then release it either as a destructive force on its own or to propel a projectile at extremely high speeds. Stored electricity might prove to be the gunpowder of the future.

The Defense Department and the military services have been experimenting with these technologies for a decade and more. The Army and Navy have tested a number of “railgun” designs. Railguns are electromagnetic launchers with a parallel set of conductors—the “rails”—that accelerate a sliding armature by passing a very strong current down one rail, along the armature to the other rail. In essence, it’s a 21st-century slingshot that hurls a very dense, but inert, projectile about twice as fast as a traditional cannon; the kinetic energy of these projectiles is enormous.

It does appear that the science of railguns has reached some level of maturity. The main technological challenges are generating and storing enough electrical power—that is to say, a big engine and a good set of batteries—to allow for repeated pulses of direct current that would yield militarily relevant rates of fire of something like six rounds per minute. Other challenges are to build durable and practical rails, since the launch process generates extreme heat that stresses the rail materials. Further, designing guidance mechanisms that can withstand the heat generated by the speed of the projectile may be difficult. On the plus side, the design of munitions ought to be simplified, as should storage, handling, and logistics, since there is no “warhead” atop a railgun round and explosives are not required. Moreover, the range of railguns would far exceed that of any cannon.

But again, the railgun literature strongly indicates that these are challenges for engineering, not basic science. The Navy is interested in railgun technology as a potential solution to the rising challenges of surface fleet air defense and, especially, cruise and ballistic missile defense. Ironically, the otherwise-disastrous Zumwalt-class destroyer—which is now a $4 billion-per-copy pocket battleship—would make a practical platform for a railgun-based system. The ship is huge for a “destroyer”; at almost 15,000 tons it’s almost twice the size of the current Arleigh Burke-class ships. And it has an electric engine that can not only drive the ship at 30 knots, but also generate huge amounts of additional electricity. The Navy originally planned to buy 32 Zumwalts, but the program has long since run aground—because of its technological and cost problems, but also, most importantly, because the ship was misconceived—and halted at just three. To redesign and revive the project would involve great further expense and be an engineering risk, surely. But it could also result in fielding a game-changing technology that would go far toward solving the “anti-access” problem posed by the growing arsenals of Chinese, Russian, and Iranian anti-ship missiles within the next decade rather than several decades. There is no reason to believe that designing a new class of ships would be any less expensive; indeed it is irrational to think that starting over would save money.

On a smaller scale, electromagnetic guns might become the main armaments on tanks and howitzers. While all the same challenges would recur and be compounded by the need to reduce both the source of the electricity and the storage device to the size of a ground combat vehicle, the fundamental engineering challenges are the same as for ships. And the Army already is experimenting with modifying existing howitzers to shoot the same projectile as an electromagnetic weapon. “It turns out that powder guns firing the same hypervelocity projectiles gets you almost as much as you would get out of the electromagnetic rail gun, but it’s something we can do much faster,” says Deputy Defense Secretary Robert Work, who has been held over from the Obama Administration to ensure continuity in defense planning. “We are [saying to the next administration]: ‘Look, we believe this is the place where you want to put your money, but we’re going to have enough money in there for both the electromagnetic rail gun and the powder gun.’”

A related development, also resulting from the ability to generate and store immense amounts of power, that is on the cusp of science fiction and reality is the prospect of using directed energy itself as a weapon. Indeed, some low-level forms of directed energy have been employed by the military for some time: microwave systems that heat the water in skin cells, causing irritation, have been used as a crowd-control measure; microwaves also have been fielded to fry enemy electronic systems. Even the radars on combat aircraft may have limited applications in disrupting the sensors of attacking missiles. And, as far back as 2002, the U.S. Air Force began flying an “Airborne Laser”—basically, a giant high-energy chemical laser stuffed inside a 747 commercial aircraft body—as a missile defense test system. In January 2010 the system successfully passed an intercept test and a month later destroyed two targets in a single engagement. But shortly thereafter, amid one of the many rounds of defense budget reductions during the Obama Administration, the effort was scrapped. In many ways, fielding the system as designed was a bad idea—the laser itself needed to be more powerful and would have required a large and vulnerable aircraft to fly within range of enemy air defenses—but the underlying concept was sound and indicative that such systems were technologically feasible, if tactically immature. Also, it was clear that using electricity rather than chemistry as a power source was a better solution.

Electromagnetic guns, hypersonic projectiles or even directed energy death rays would by themselves not necessarily constitute a revolution in warfare. But these technologies could yield a substantial increase in the capabilities of a wide variety of legacy platforms—and, importantly, again provide U.S. forces with a significant battlefield edge. Most of all, such investments could get the American military back in the habit of continuous modernization and the operational innovation that comes from actually fielding new capabilities. The enthusiasts for “transformation” of the past generation have been looking through the wrong end of the telescope; their model of innovation was that, starved of funds, the U.S. armed services would have to think of new ways to fight. But, through history, the process of change in war has been one that more frequently rewards practical tinkering—matching organizations and doctrine to technologies—more than bold conceptualization. Imagining the tank or the fighter aircraft was the basis for a revolution, but to realize it demanded their integration into combined-arms formation and figuring out how to keep that organization supplied with fossil fuel.

Finally, the experience of recent decades ought to debunk the transformationists’ idea that the United States could afford a geopolitical “strategic pause” to pursue a strategy of innovation. Nor can a global power afford an “offset” approach. To paraphrase the Beatles one last time: Evolution is the real solution. And you can see the plan.